Koulouri is a comics magazine, small in size, simple, funny, and with a good measure of absurdity dipped in illustrator and cartoonist Tomek Giovanis’ own reality. “The idea came to me in 2010, whilst looking for a platform, on which I could continue publishing my own comics, as I had already stopped self-publishing HEHE!, where some of Koulouri stories were first presented. Whilst trying to come up with a title for the series, I was wondering what the most irrelevant thing that one could ask for in a bookstore would be. Like the whole concept, the answer to the question was equally simple… a koulouri! (Koulouri is a sesame-encrusted bread ring, a very delicious, cheap, and thus popular snack in Greece). Though it will hold back your hunger you would happily eat another one.”

The first issue began with three separate sections:
– The “Face”. The daily adventures, arguments and bickering of a face’s sensory organs under the brain’s directions.
– “Mózg” (brain in Polish). A TV show, during which its strange and naïve host introduces us to the language of comics in his own surrealistic way.
– “The Most Stupid Hits In My Life Ever”. One-page autobio stories describing Tomek Giovanis’ most characteristic accidents.

Through experimentations, as well as with the addition of new characters, Koulouri continues to evolve and has finally found a main axis upon which it develops. Six issues have already been published and a seventh surprise-issue is on its way (all by Jemma Press editions). In 2012 Koulouri won the best cover illustration award at the EBGE awards, held in Athens. 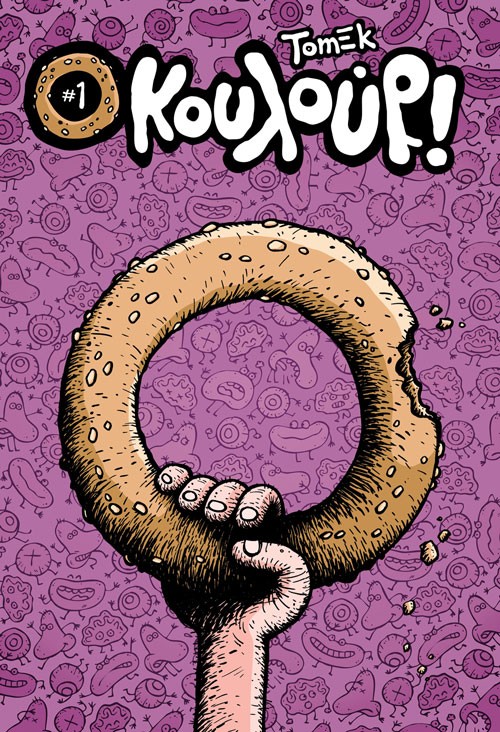 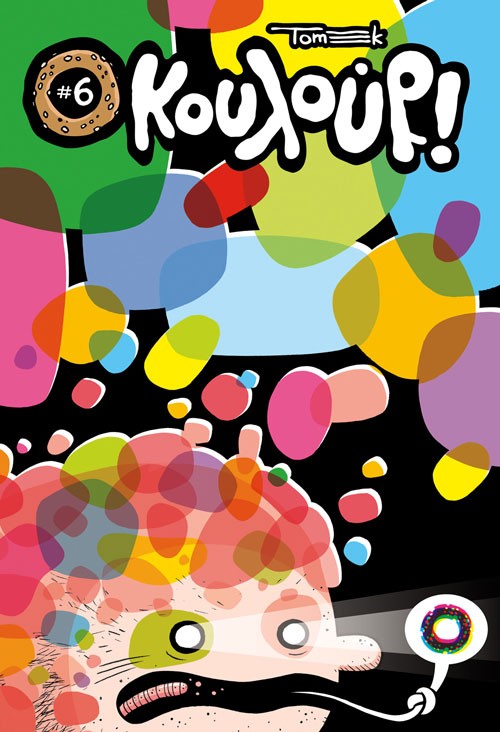 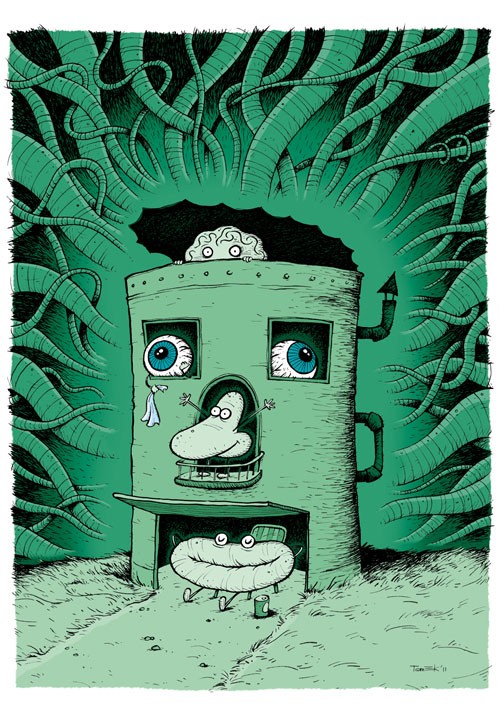 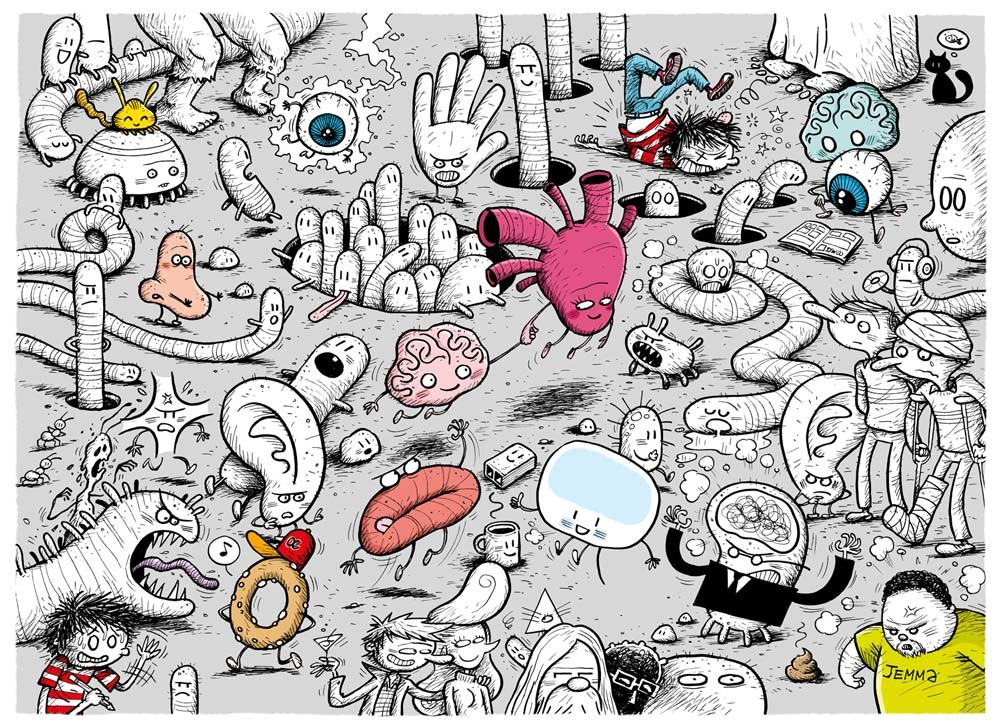 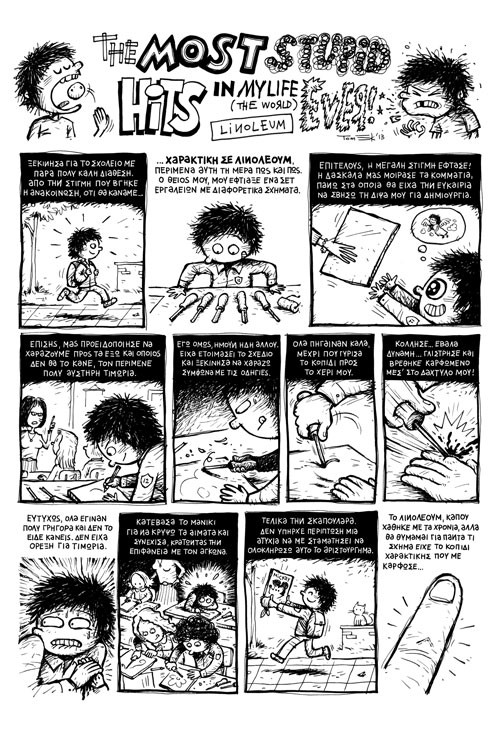 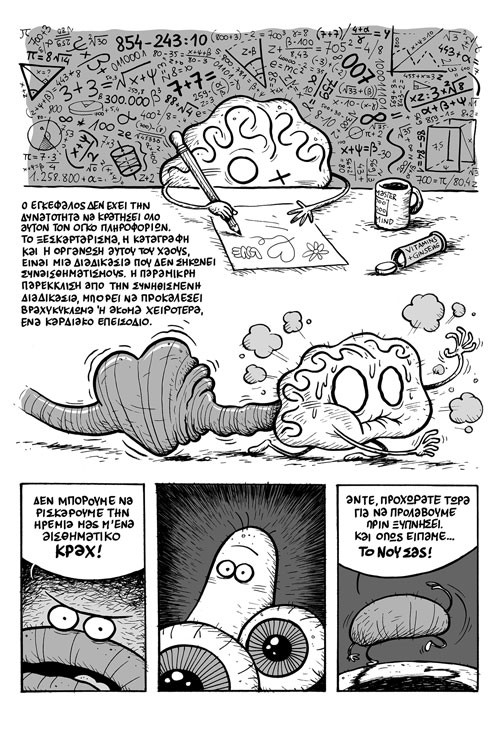 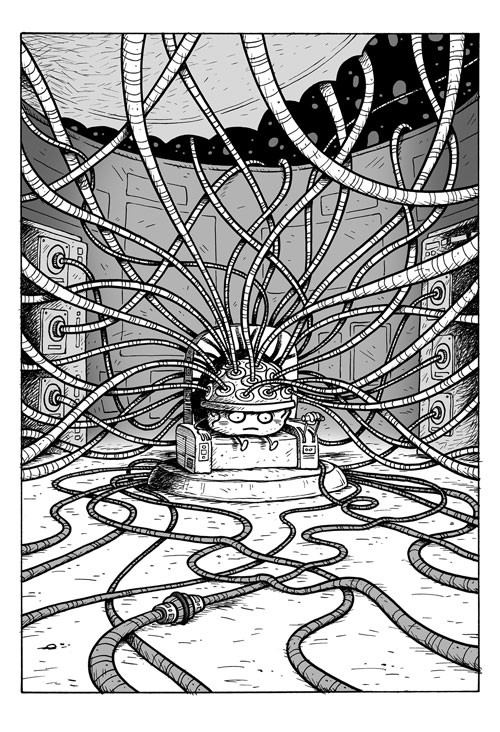 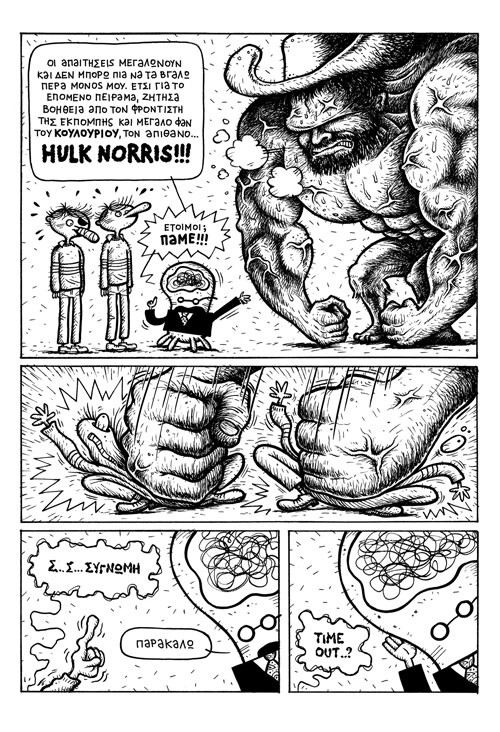 'Oceanic' by Alexis Vasilikos May 27, 2020 In a 1927 letter to Sigmund Freud, Romain Rolland coined the phrase "oceanic feeling" to refer to the sensation of being one with the universe. According to Rolland, this feeling…