Painting has always possessed the capability of crystallizing out what is precious and expanding the subjective; of creating, starting out from the world, another world, transcending the obvious appearance of things. Today, in an age of vulgarity – that is, of images without flesh and without meaning, painting still defends the metaphysics of image-making, the vital myth of re-presentation.

Adrianos Sotiris, a romantic in an anti-romantic age, is a painter of a gifted generation who lays claim to the lost (?) honor of painting and re-negotiates its position in History as well as in a culture which has learnt to consume simulacra instead of creating values or formulating interpretations. Barthes, again, considered the unilaterally representational, the realistic element vulgar precisely because of its obviousness – because what counts in art is first and foremost mystery. (Here speaks the adept and magus of the image De Chirico.) This mystery, this surfacing of a spectral universe in which dream and nightmare interweave, is the basic characteristic of the poetics of Adrianos.

Starting out from the simple things which he touches in his studio and going on to the bodies of his models, bodies which are sometimes traps and sometimes amulets, he creates a mannered theatre of forms in which the unreal and the fantastic dominate as a deliverance from the martyrdom of everyday existence. It is then that his art becomes not merely a form of communication, but profoundly erotic. One of Adrianos’s strengths is design and its multifarious possibilities. This is followed by color – suggestive, often explosive – proposing the argument as to the resistances of light in the prevalence of night that the fearful can be the ‘obstetric forceps’ to bring to birth the strangest beauty … 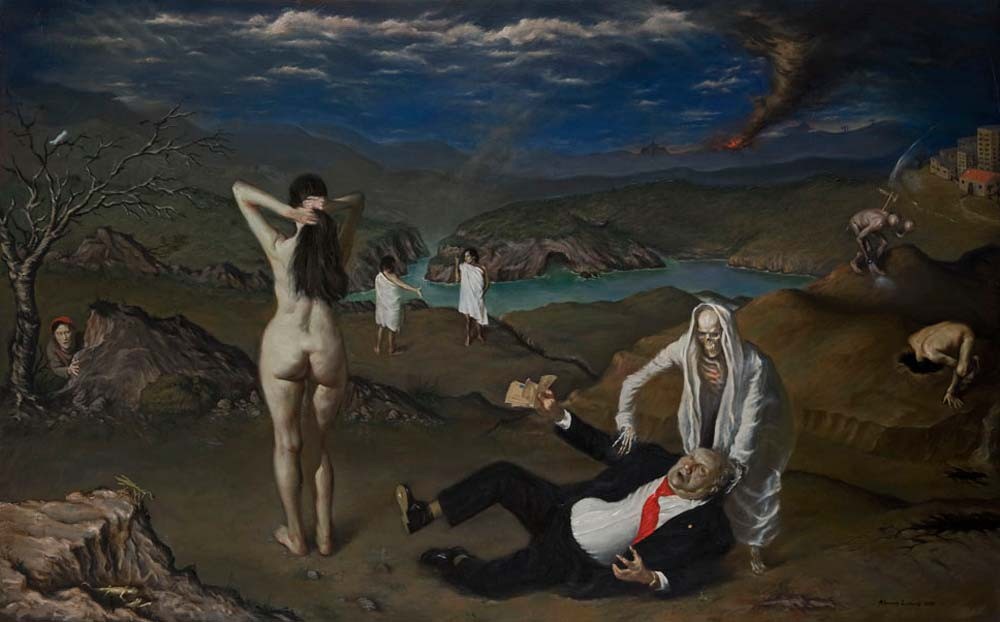 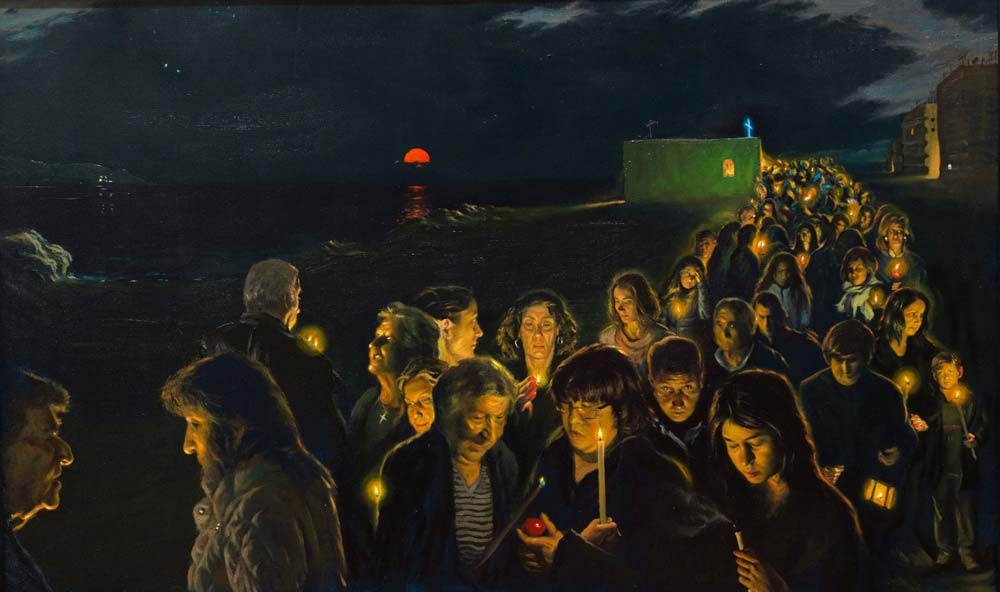 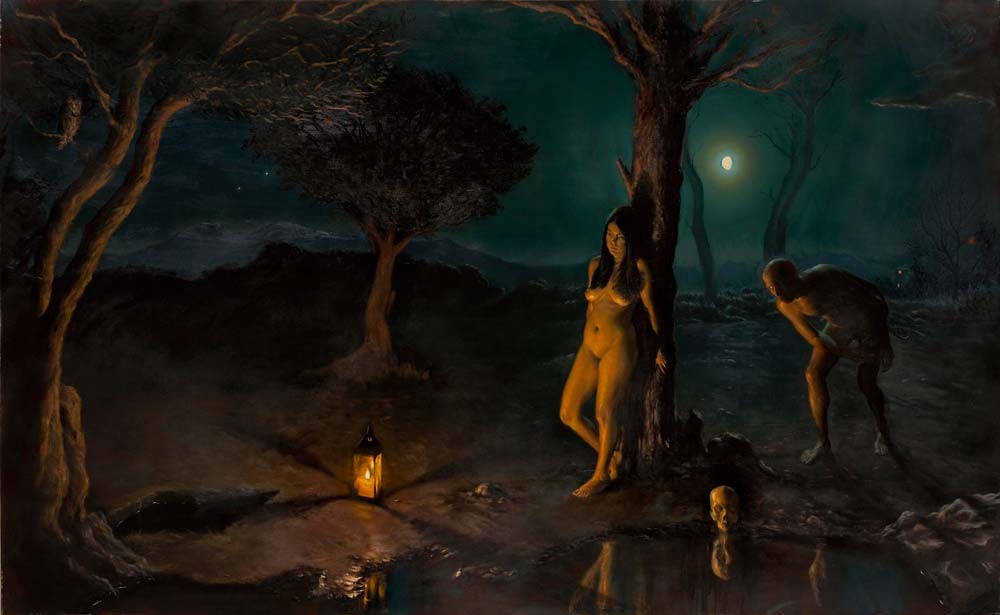 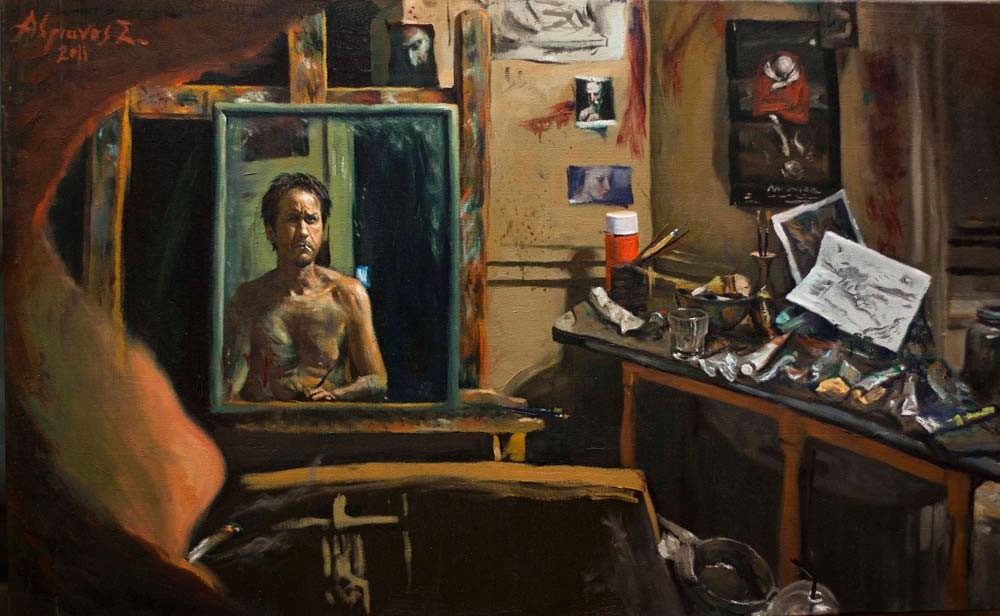 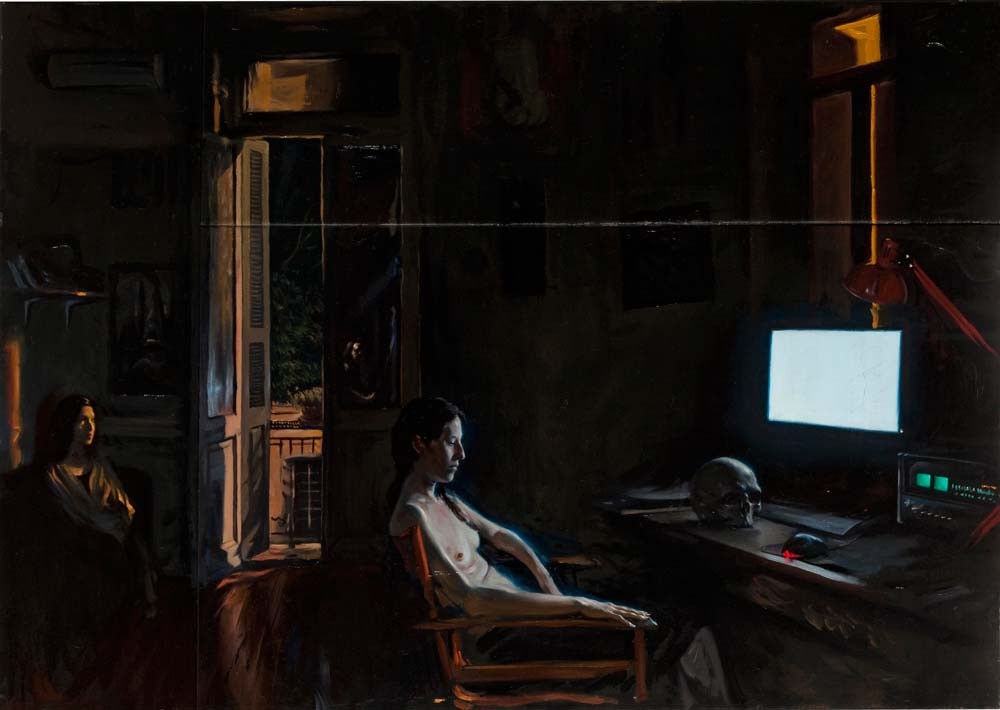 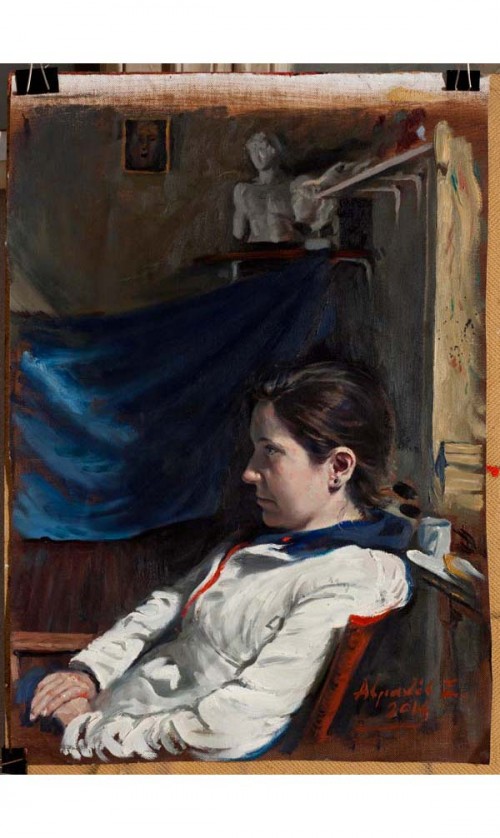 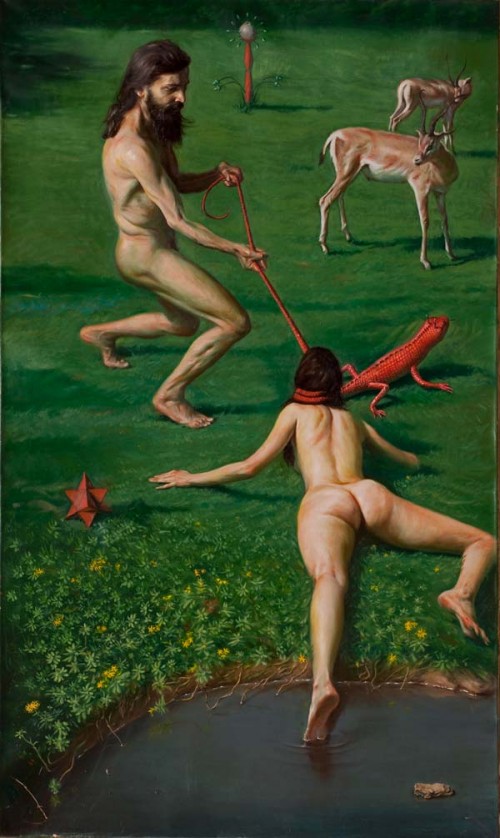 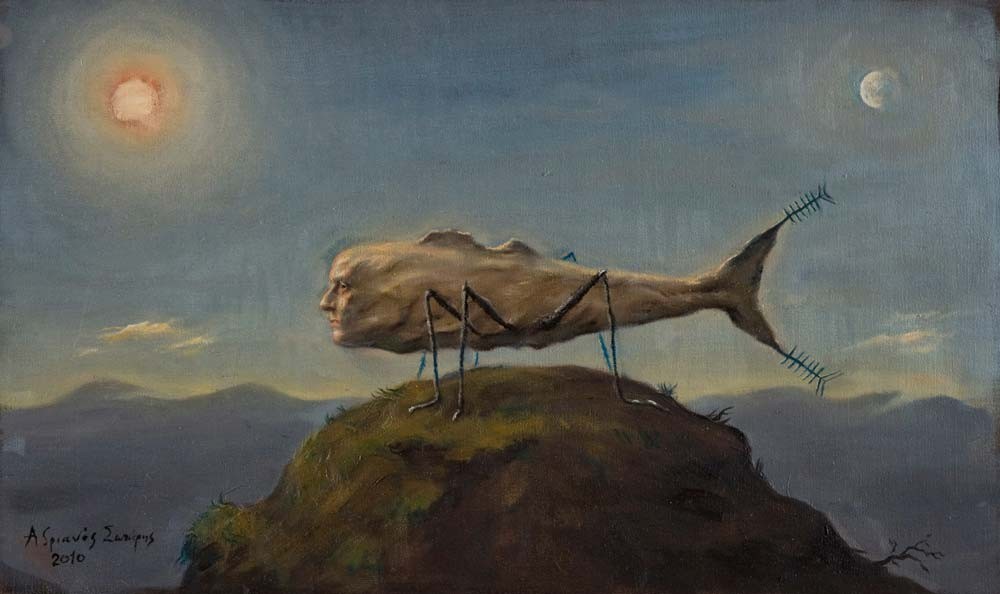 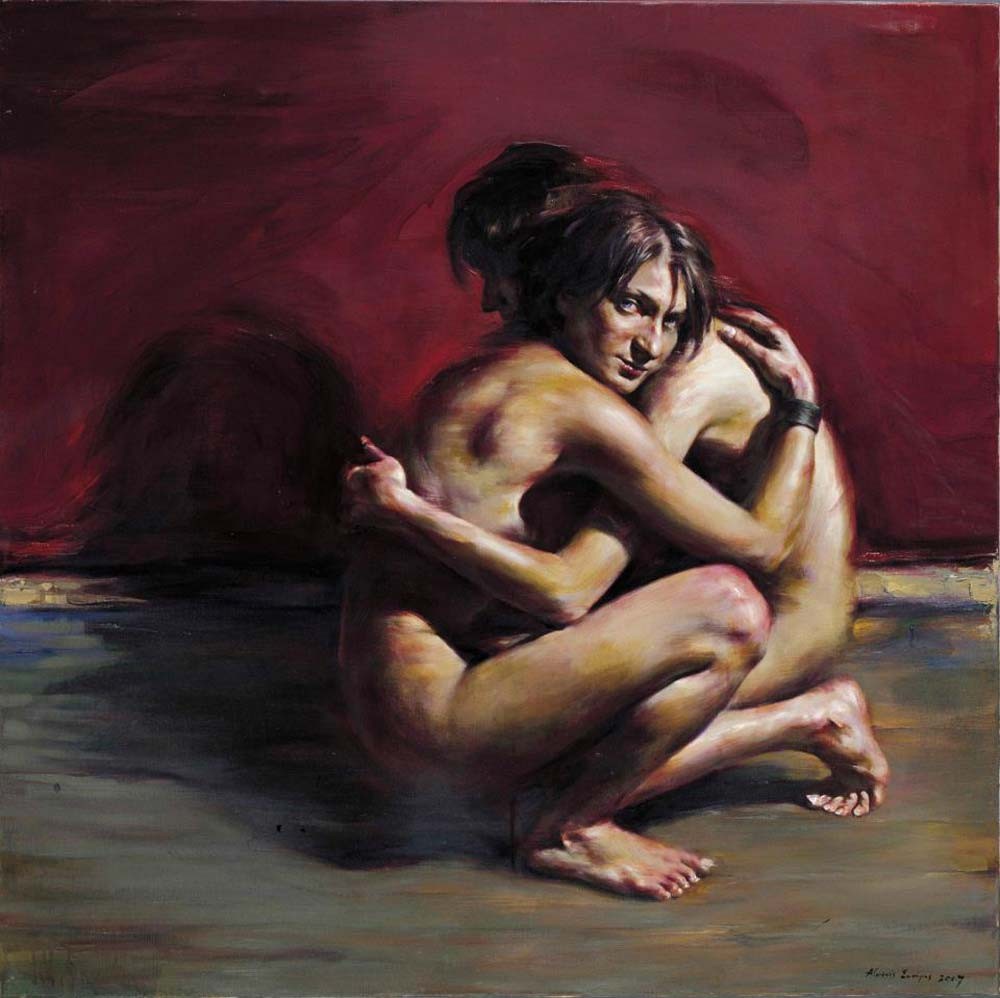 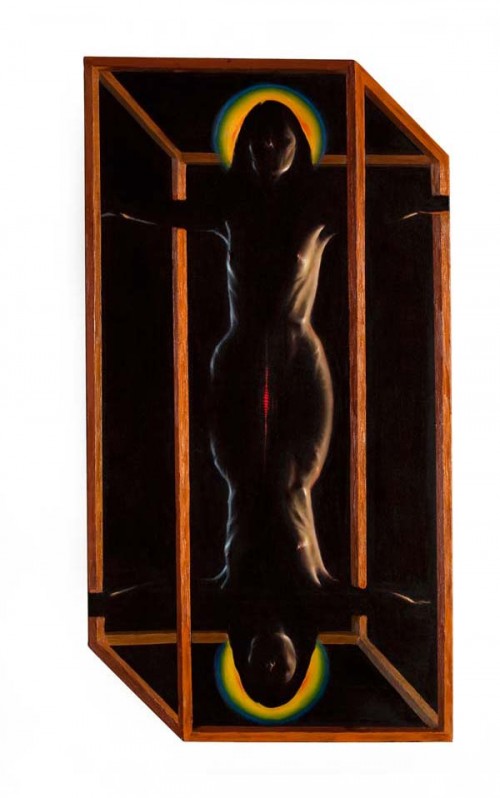 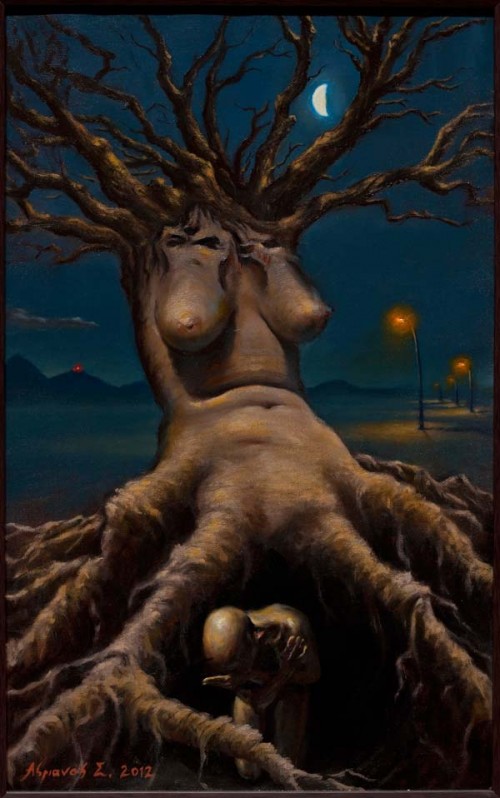 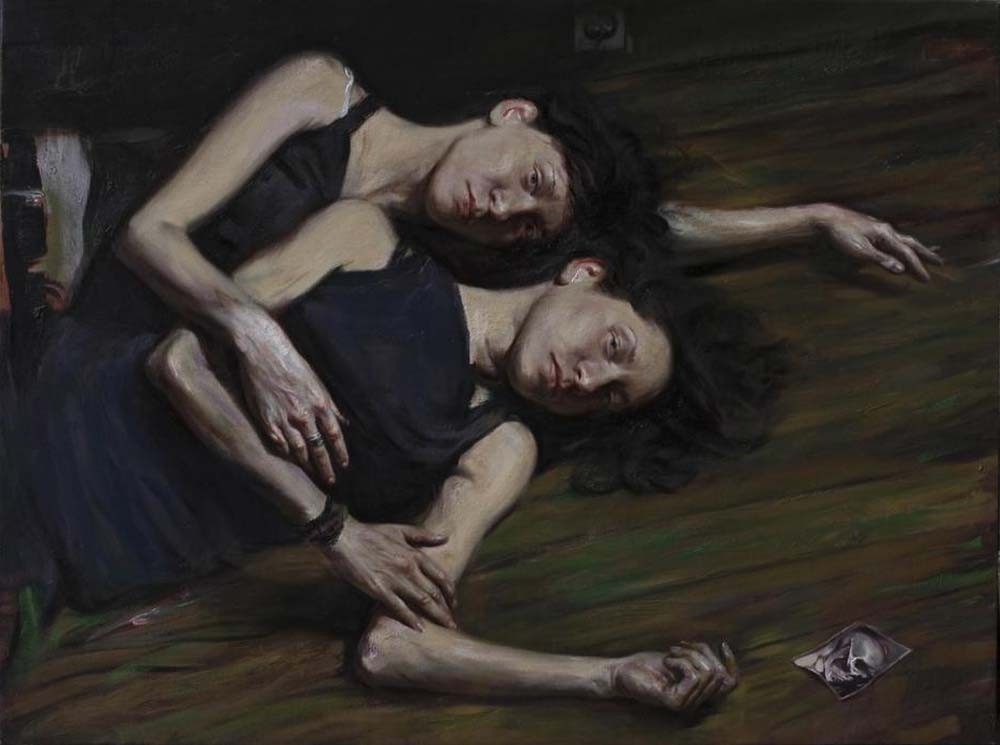