Toyphabet is an illustrated alphabet, where objects are transformed into letters and letters into toys. Viktor Koen designed this ‘typeface’ mainly due to his interest in exploring the combination of these otherwise unrelated shapes while braiding them into something as structured and functional as type. The images don’t represent existing toys molded into letterforms but the welding of fragments, connected to each other only by their common theme and the aesthetics that characterize his work in general. Preserving the integrity of type forms made the process of mixing and matching a complicated and challenging one. This resulted to type specimens with unexpected symbolic attributes but true to the original thesis of the series – that children are formulated way too early to the troubles ailing their parents.

The series has been exhibited internationally, including galleries in New York, Berlin, Athens, Thessaloniki, Boston, Cyprus, Zurich and London. Toyphabet has received critical acclaim and is featured in numerous books and publications worldwide and the prints are part of private and institutional collections. 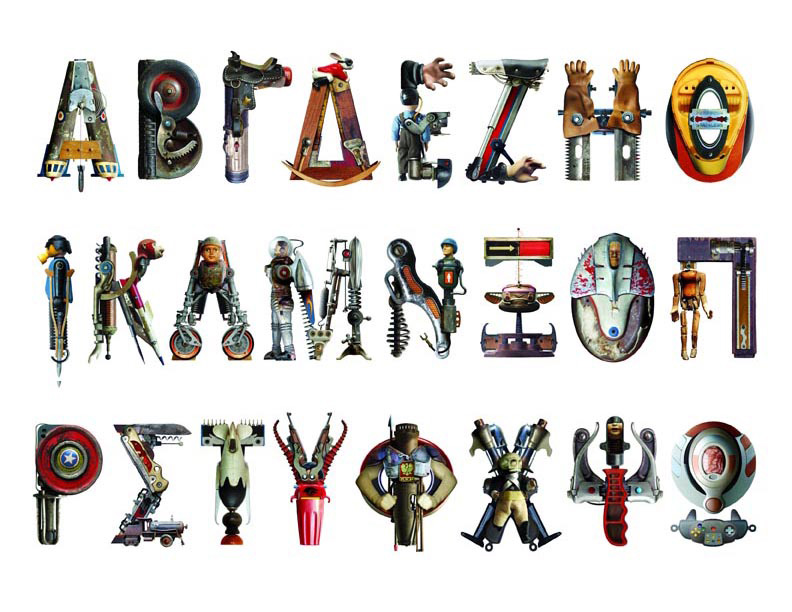 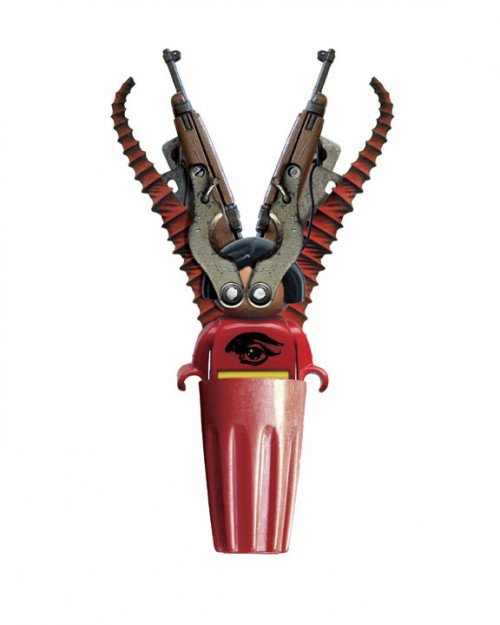 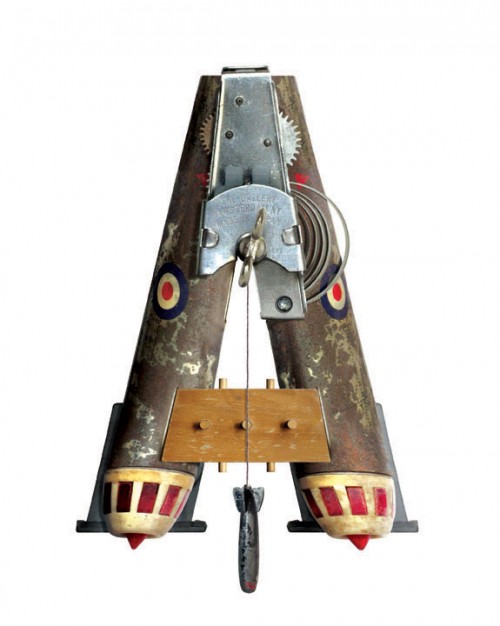 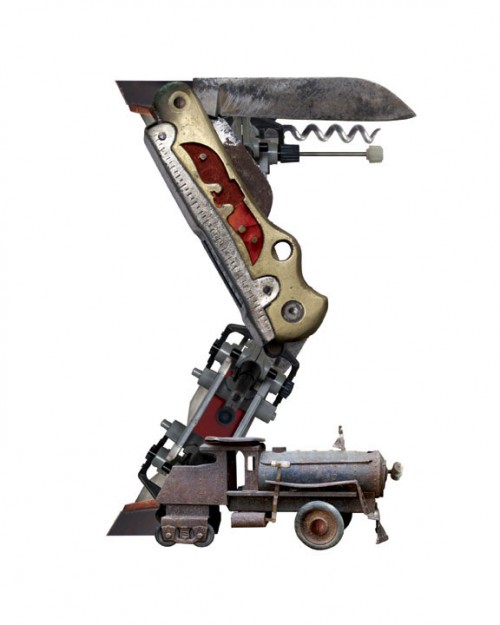 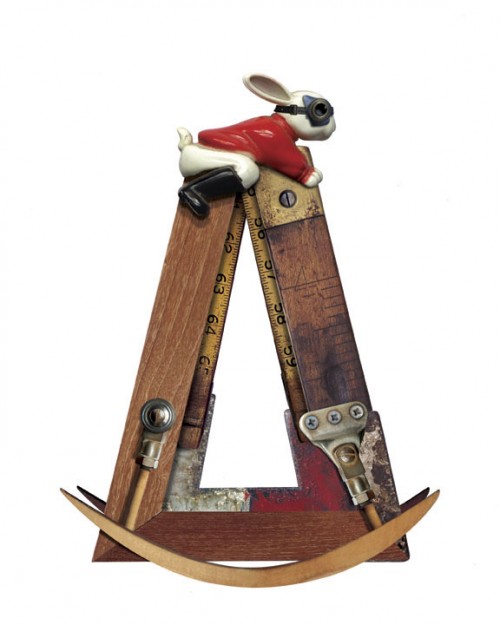 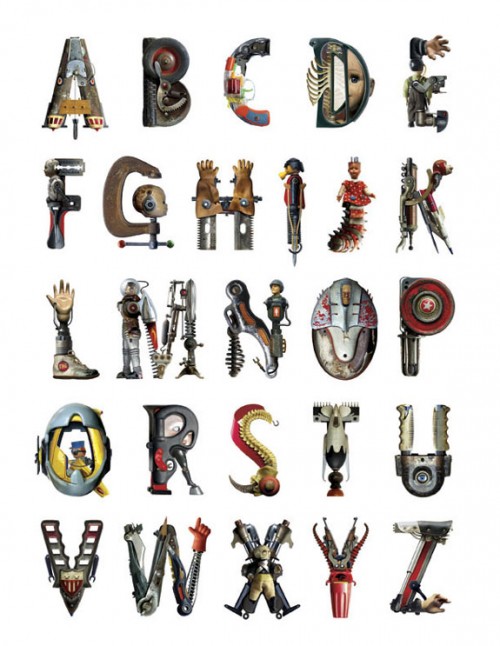 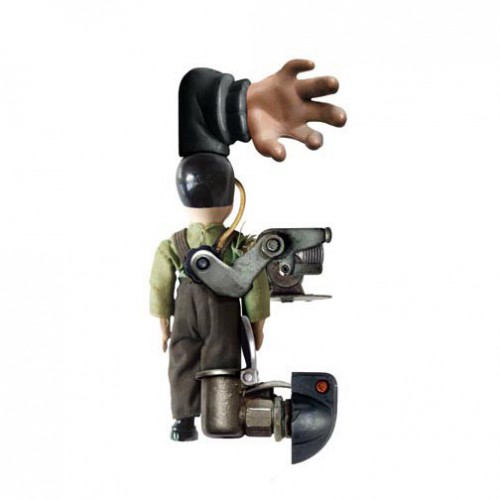 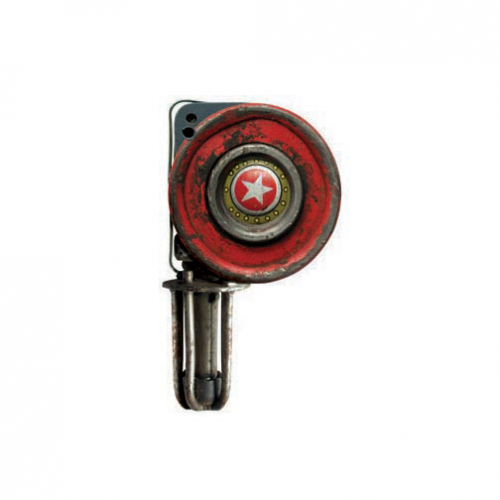 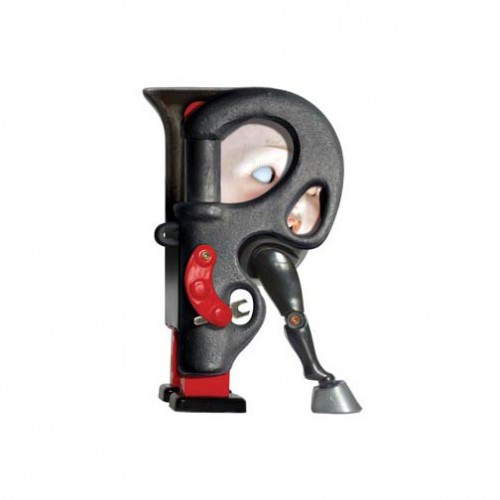 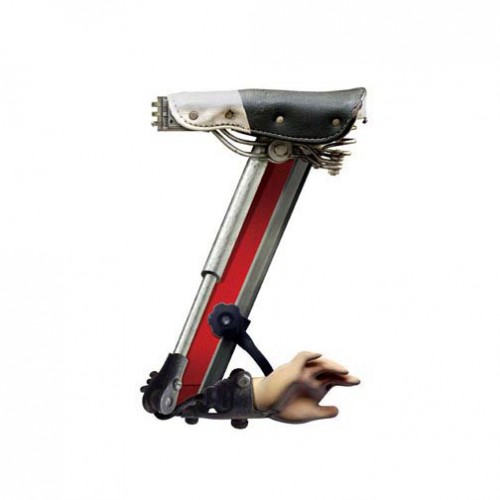 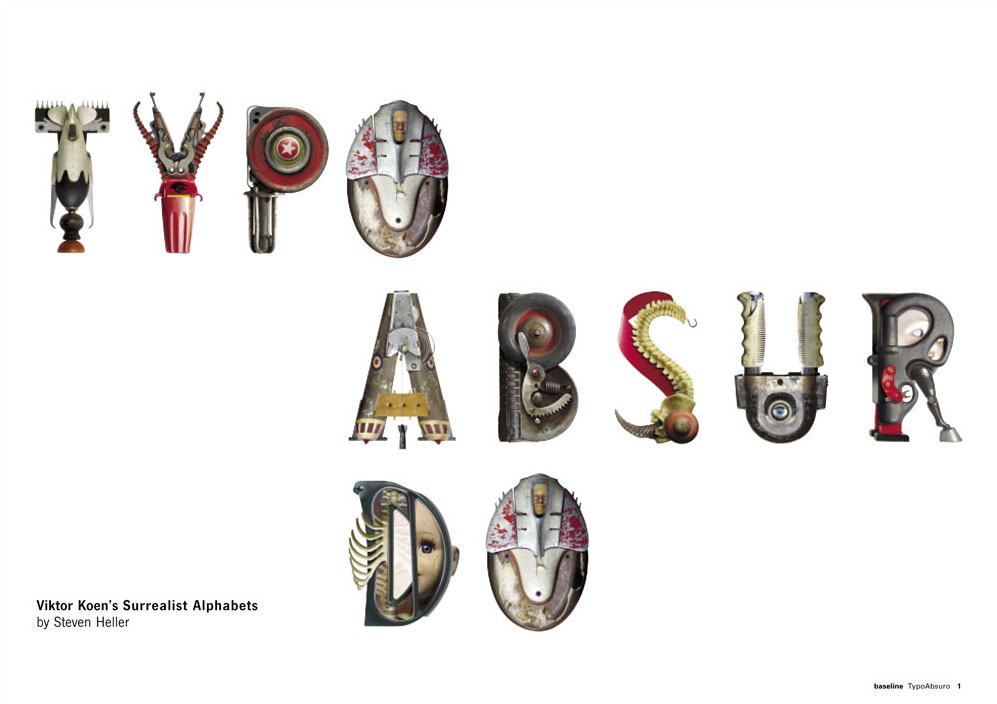 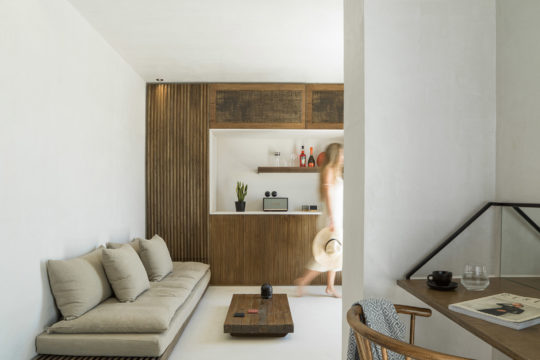