Violent Silk was created by collecting and rearranging digital fragments, coming from an online research. The digital arrangement in every Kalos&Klio work creates ipso facto a particular archive-collection. For the first time, the artistic duo incorporates a parallel archive to the presentation of their works. This archive, consisting of images, pictures, diagrams and articles from on-line and printed media, which were fished on the internet, is not something separate from the works, but it accompanies it, it documents and gives us a more complete, raw picture of the violence as a means of control, enforcement, power, revenge and instinct in both public and private space. Sometimes violence is the expression of an official state practice and some others an illegal and criminal act.

Twelve forms of violence are illustrated on those twelve silk veils. The examples used describe sometimes directly and sometimes more subtly a violent condition which has been created from a human being against another human being. However, every case refers to fragmented narratives, which consist of images distilled from the internet and forming an unusual archive, which signs over to the symmetrical, kaleidoscopic constructions of Kalos&Klio. Works are transfigured in poetic, in instruments, in perspective and view of a destructive present.

The Violent Silk is ambiguous. The valuable material with the repeated patterns and the bold colors hides at a first level every relation to violence. The eye is mesmerized by the complex shapes and the shimmer of the material and the narrative seems to disappear. The dialectic however between the material and the content unveils the violence which lies at the core of the work. Violent Silk offers above all a true way out, an unveiling of violence with each different veil, a jeer to every human violent act. Finally, the work of art is a transformation of every violent act to a silk tear of memory. 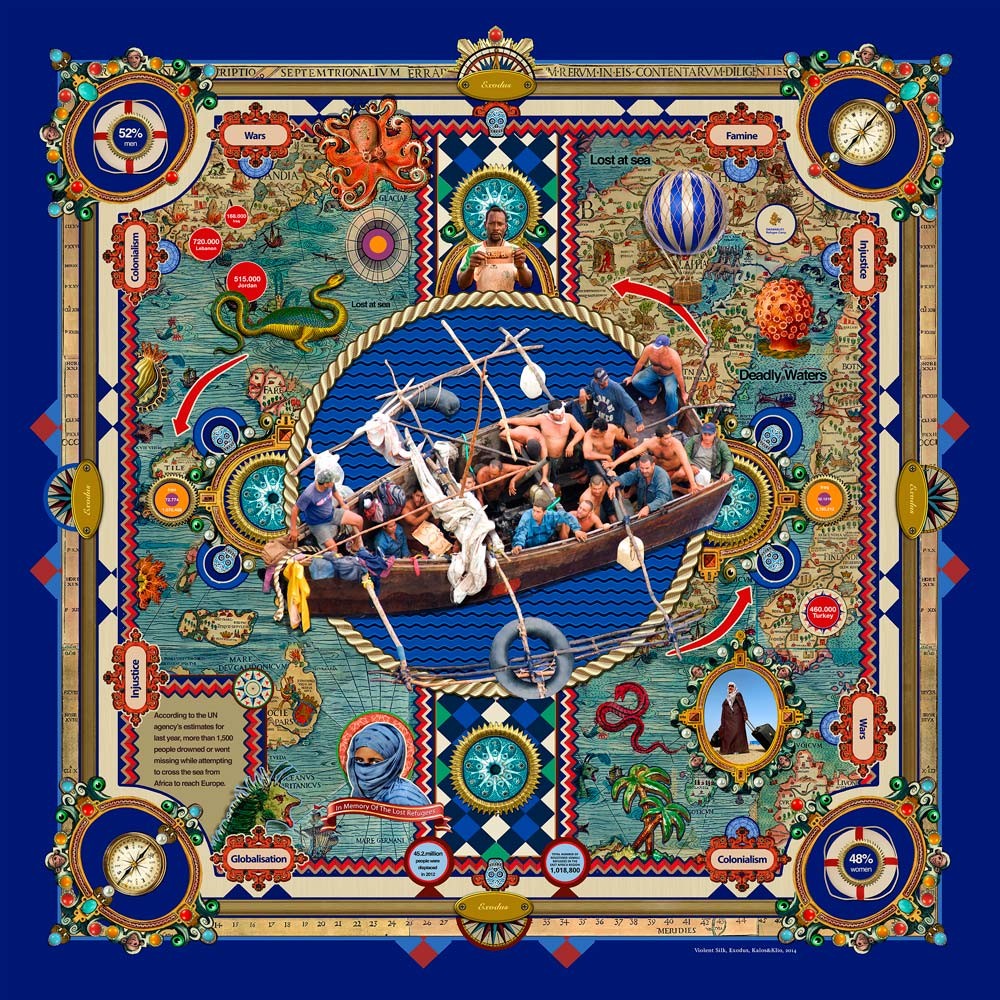 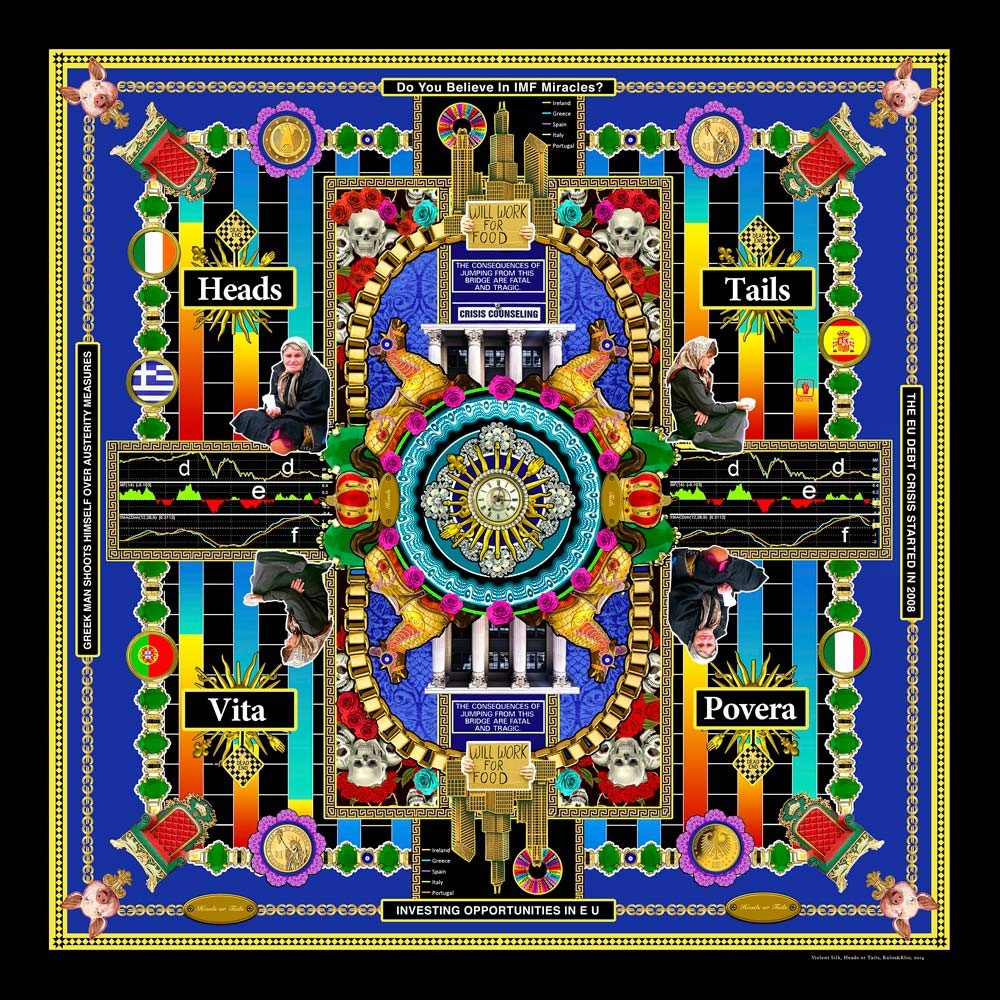 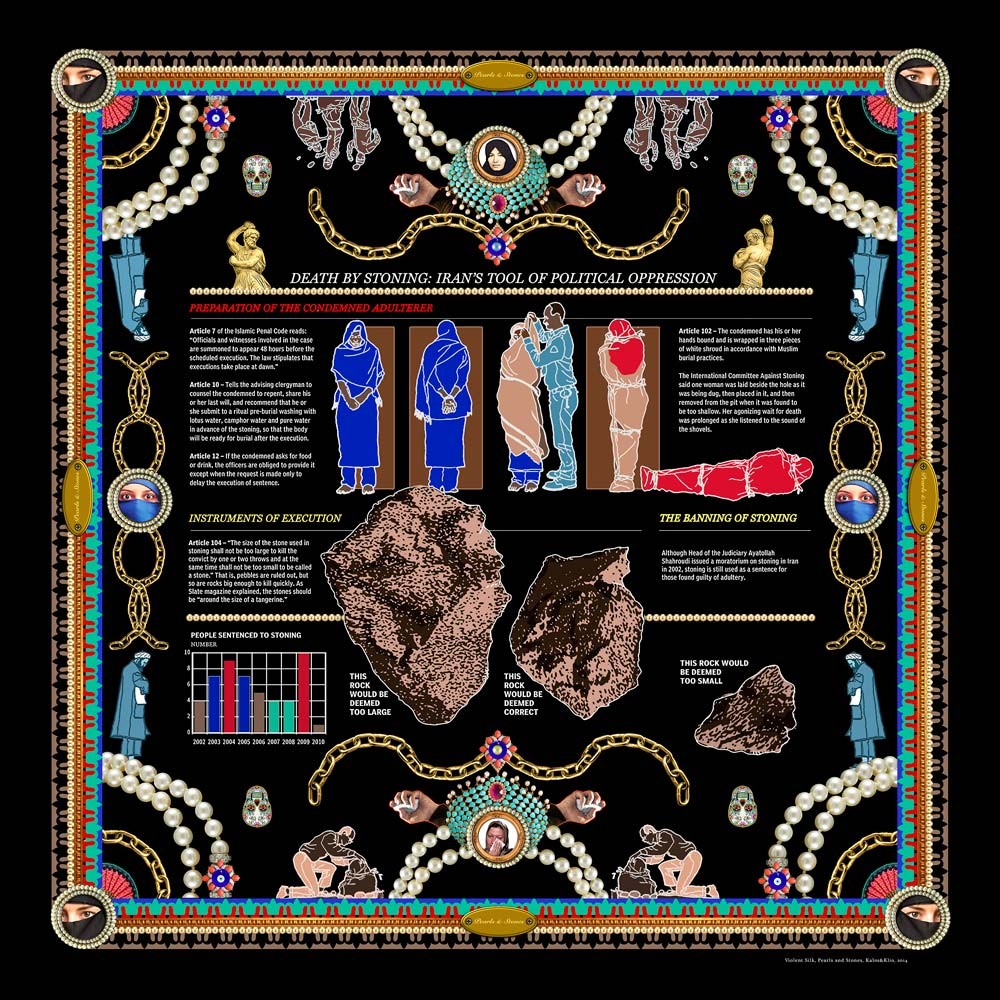 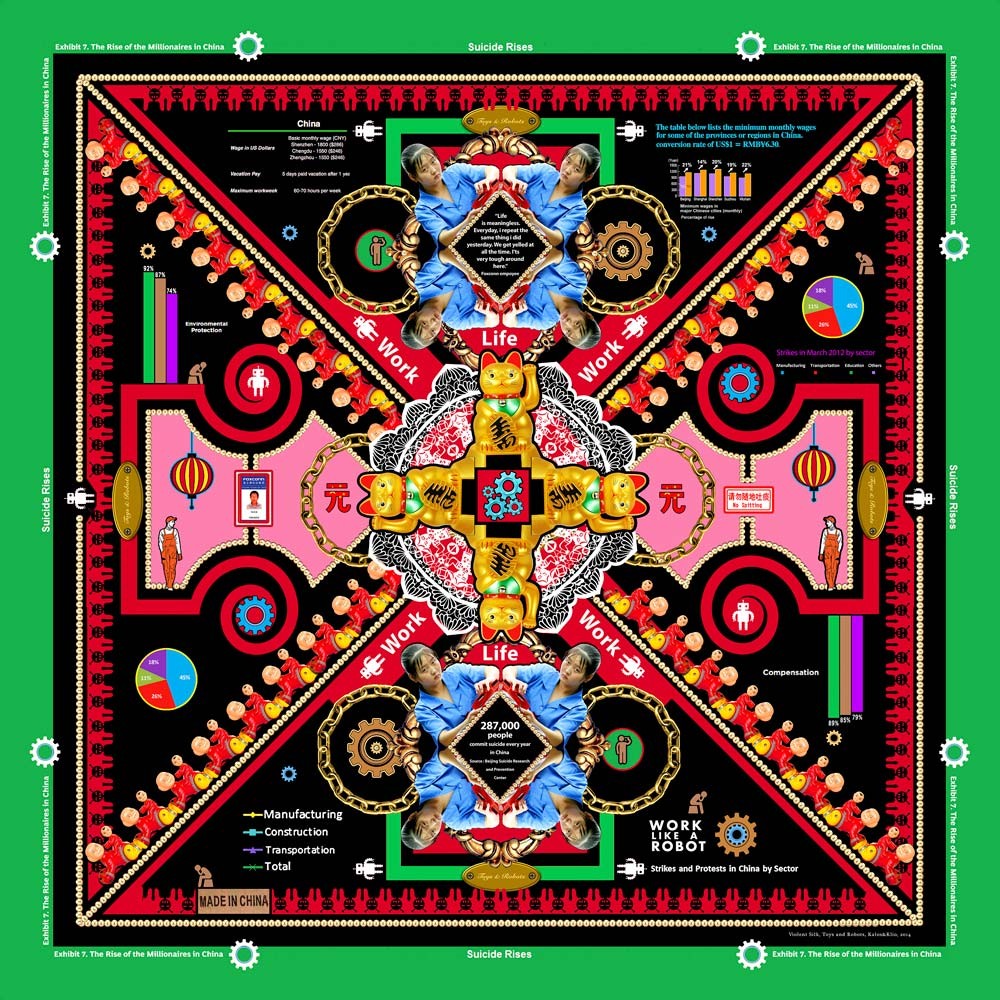 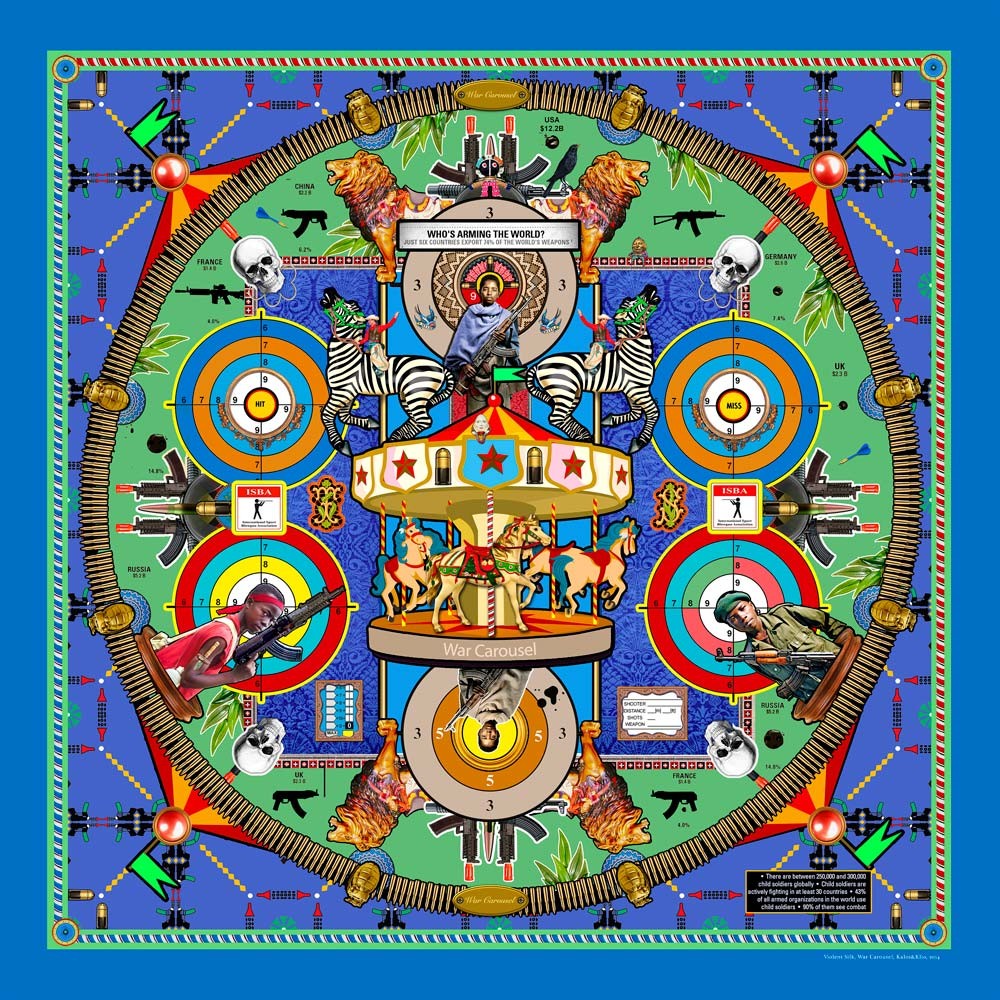 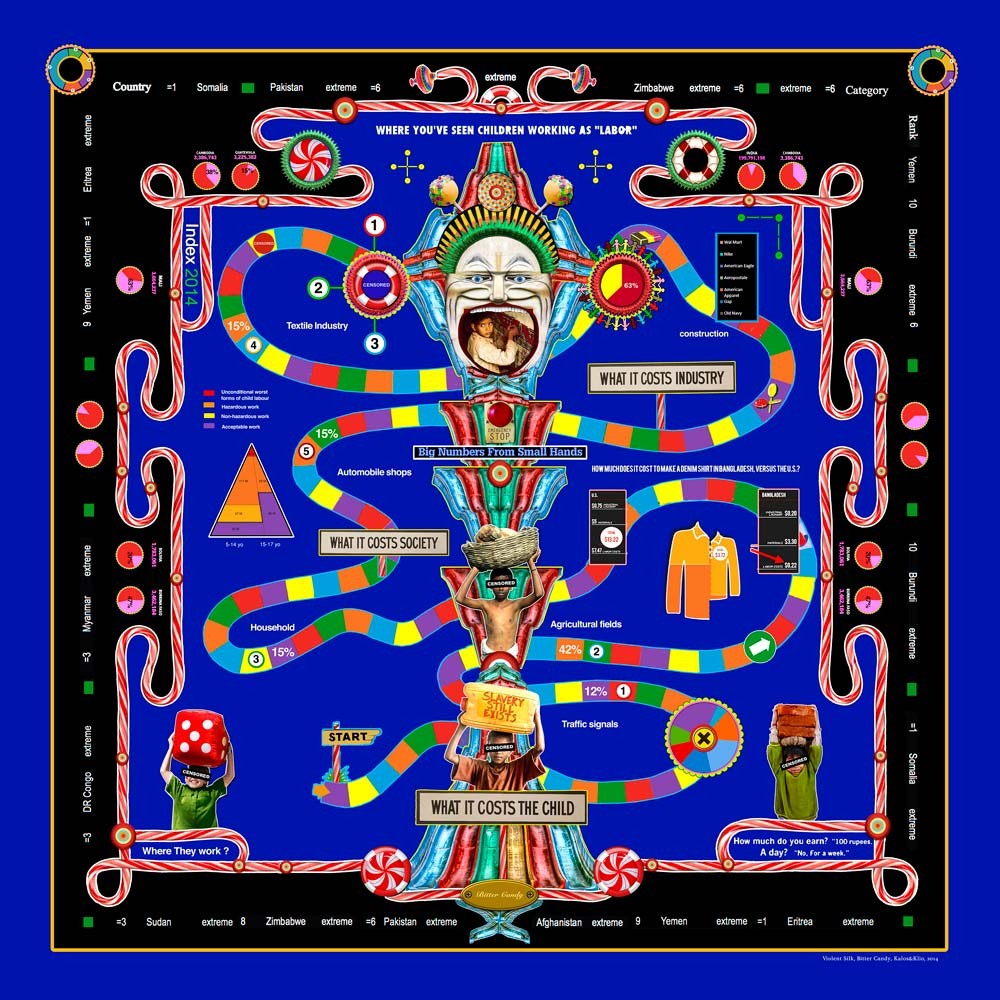 "Peloponnese" m.k.e textiles SS '20 collection June 5, 2020 m.k.e was founded in 2014 by the textile designer magdalini.kleio.eftaxiopoulou. Her passion for expressing her emotions through her designs and after screen-printing them on a variety of fabrics, led her…