A prospective journey, ain’t that the journey of our life? One that is everlasting, demanding, but at the same time promising. The wetland of Lake Kerkini serves as a kernel in the photographs of both Petros and Constantinos Sofikitis.

Two different visions on one common theme: Aquatic Nature as an unfamiliar landscape; as a sight that incites this paradoxical intensity of the biological locus of our descent as well as of the perpetual motion of our lives within which a human being is found to be just passing through, lonely, wondering, and hardly ever observant.

Petros would opt for a lyric narrative so that he can capture the journey of his hero. A journey towards the unknown, towards discovery and development; full of hardships and adversities, albeit not impossible. His travel companion would be a red balloon. A remnant of childhood, a red sign which lingers in memory contradicting the course within the white, an element which the traveller is fixated upon, a kind of identity needed in every step of the way. It seems as if the dramatic dimension of the landscape wanes from the mere presence of the balloon. It is an invention of the traveller so he can bear the frightening beauty around him. A choice which abstracts all the crafty ruses that we bring along in this journey through the unknown Nature, so that it becomes more “human”, passable and familiar.

In Constantinos’s photos, the hero seems to be transformed into a gaze wandering from above. A gaze which excites wonder, since it dilates the object of observation and deforms it surrealistically into multiple readings: is it the water in the lake? The natural currents, the formations or is it the boat? Have we found ourselves in front of a subterranean photoshoot in the depths of the earth? Or maybe in another planet? Could it be that we look at bacteria of a living organism through a microscope? Nobody can tell for sure. This anxiety of discovery, the joy of discovery, propels life at the fullest of its intensity, thus rendering it mystically appealing.

The man as a sign, both thinkable and thinking, within the eternal/unfazed evermore of aquatic Nature from which he sprang…. A journey which is long-lasting, strange, frightening -more often than not, albeit unexpectedly possible. 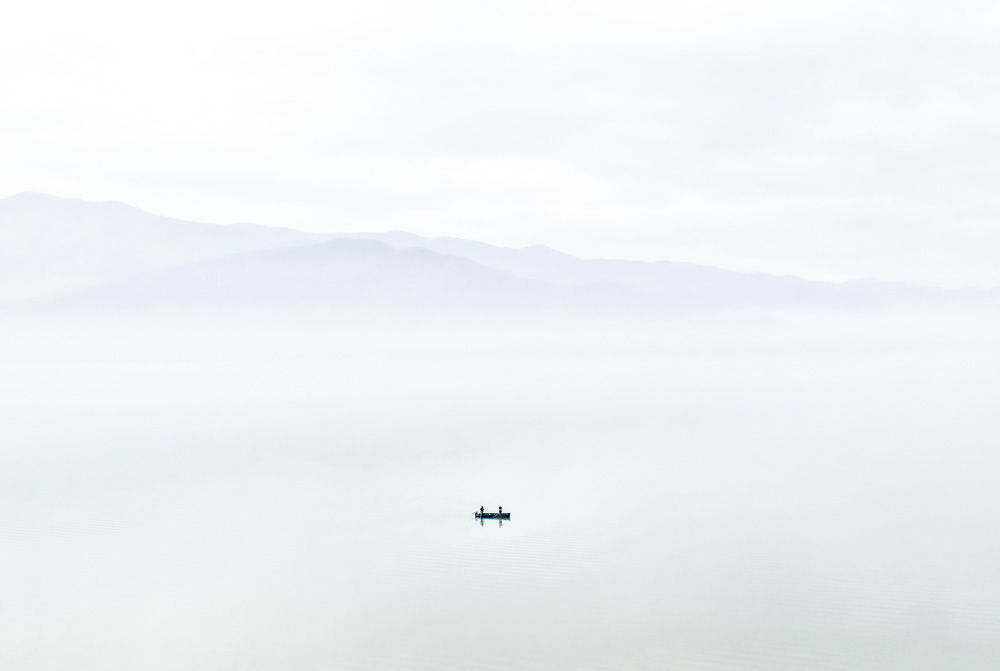 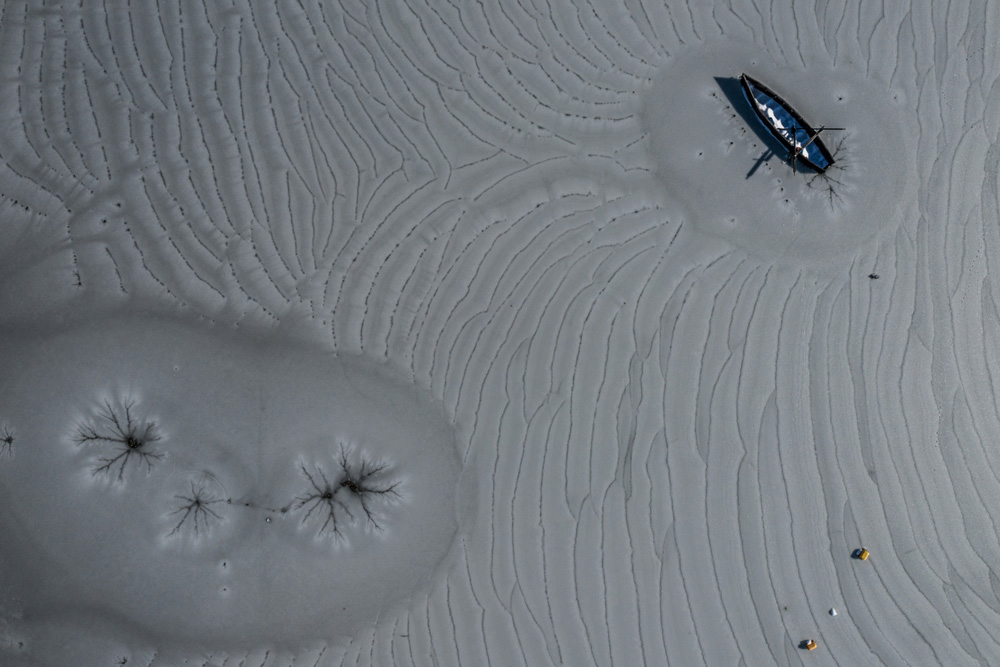 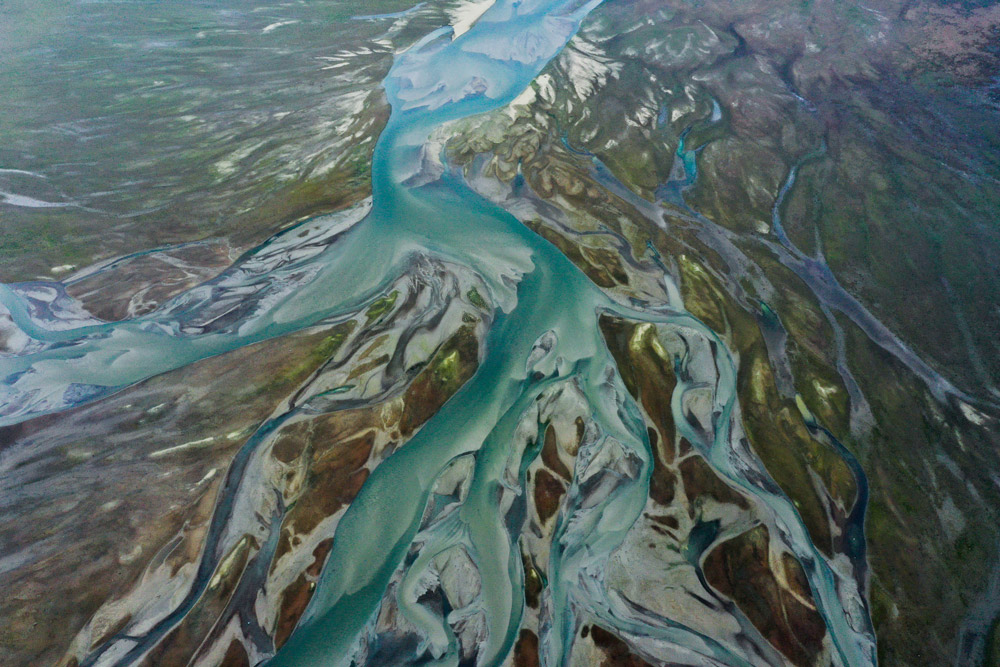 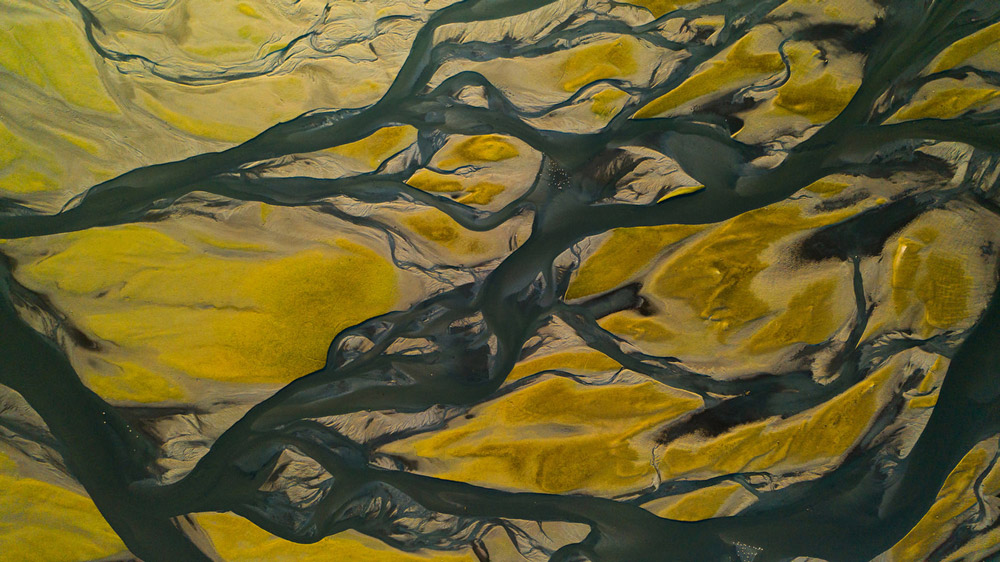 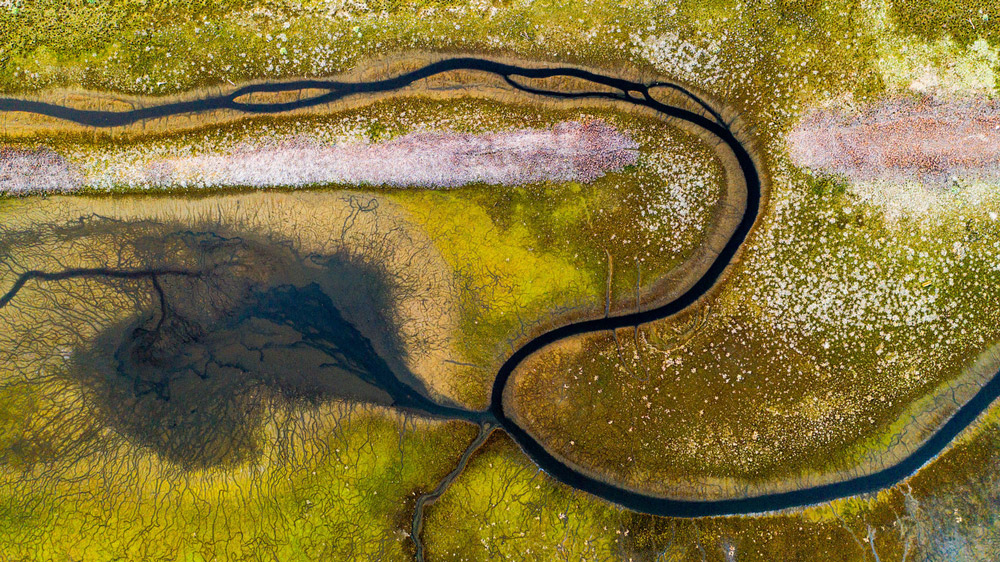 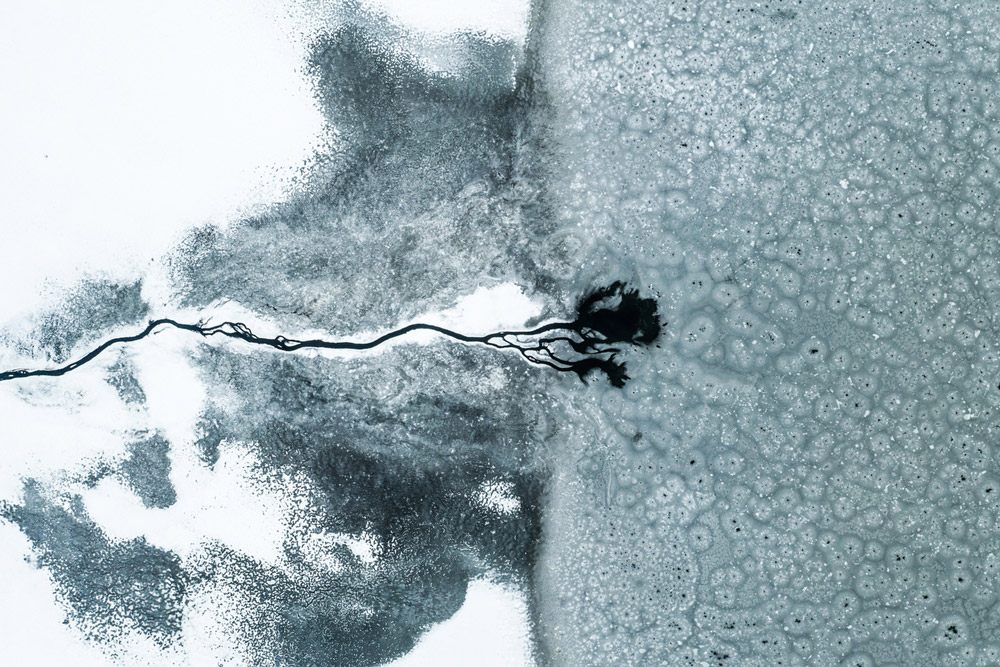 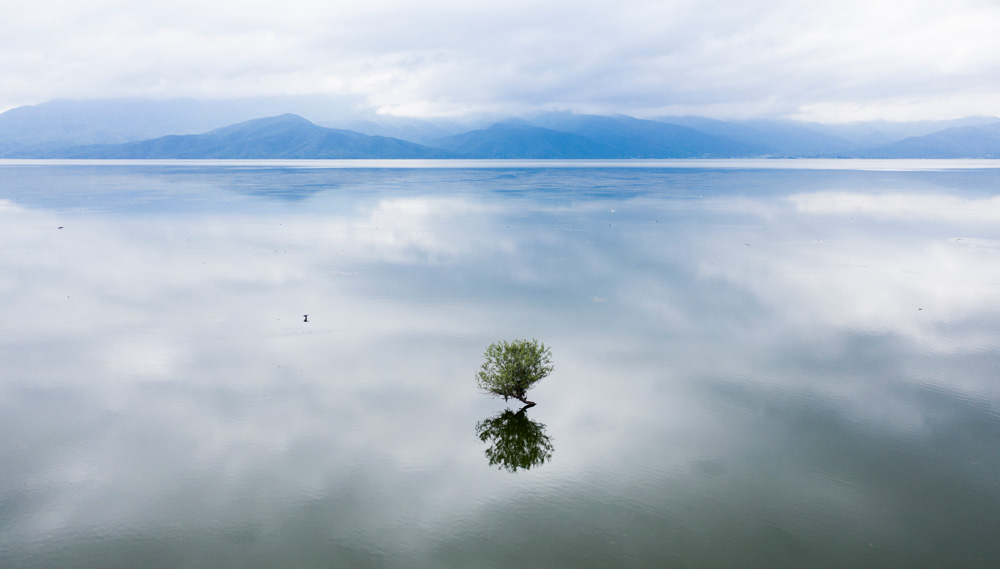 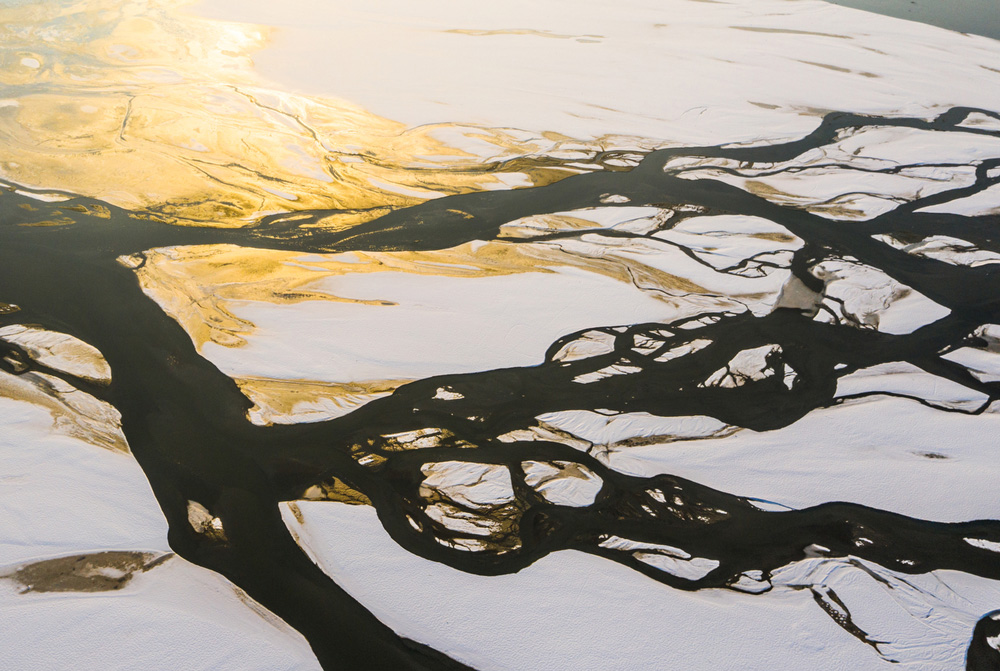 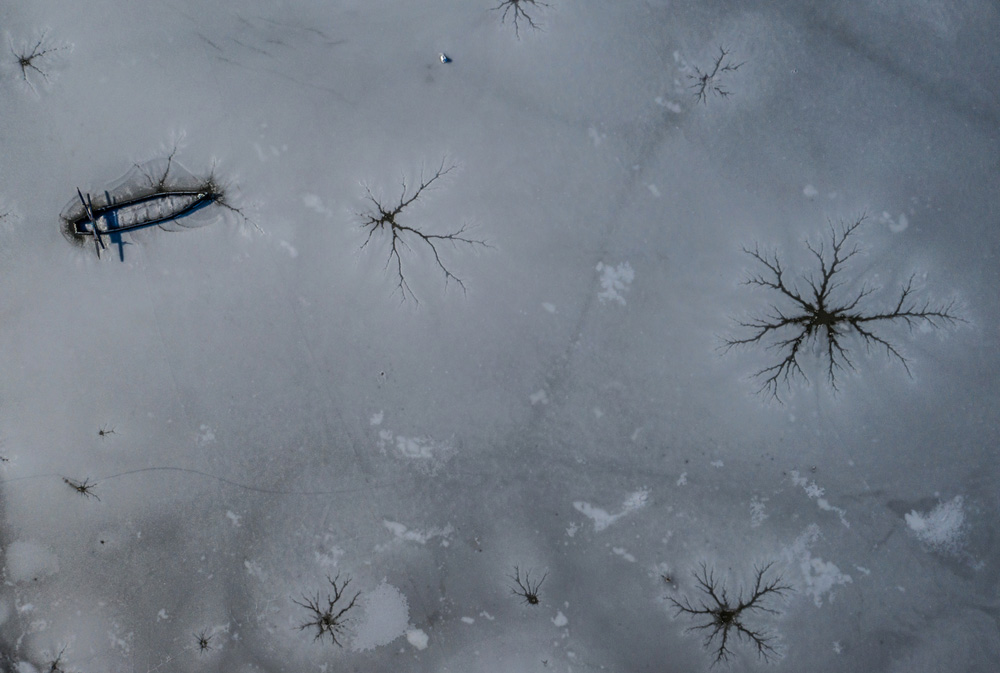 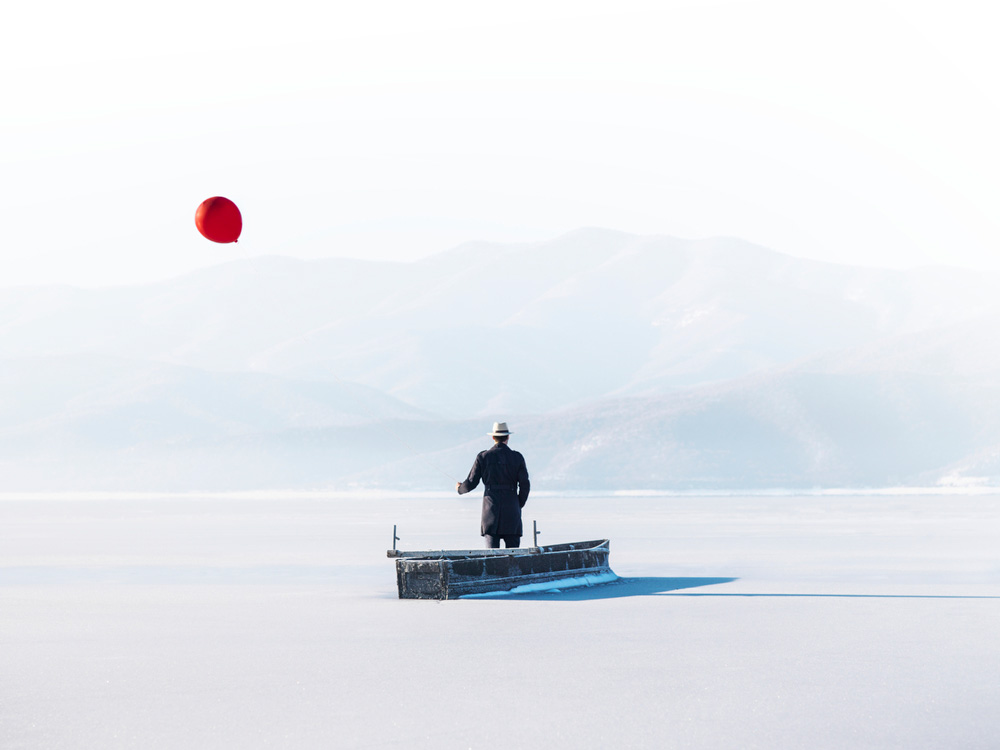 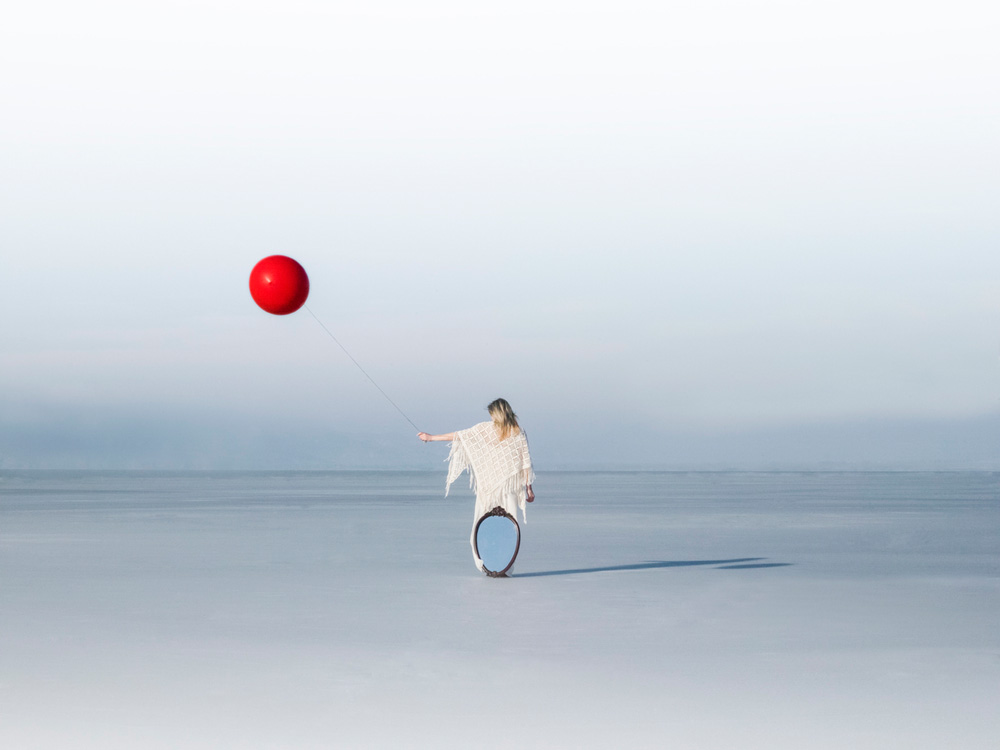 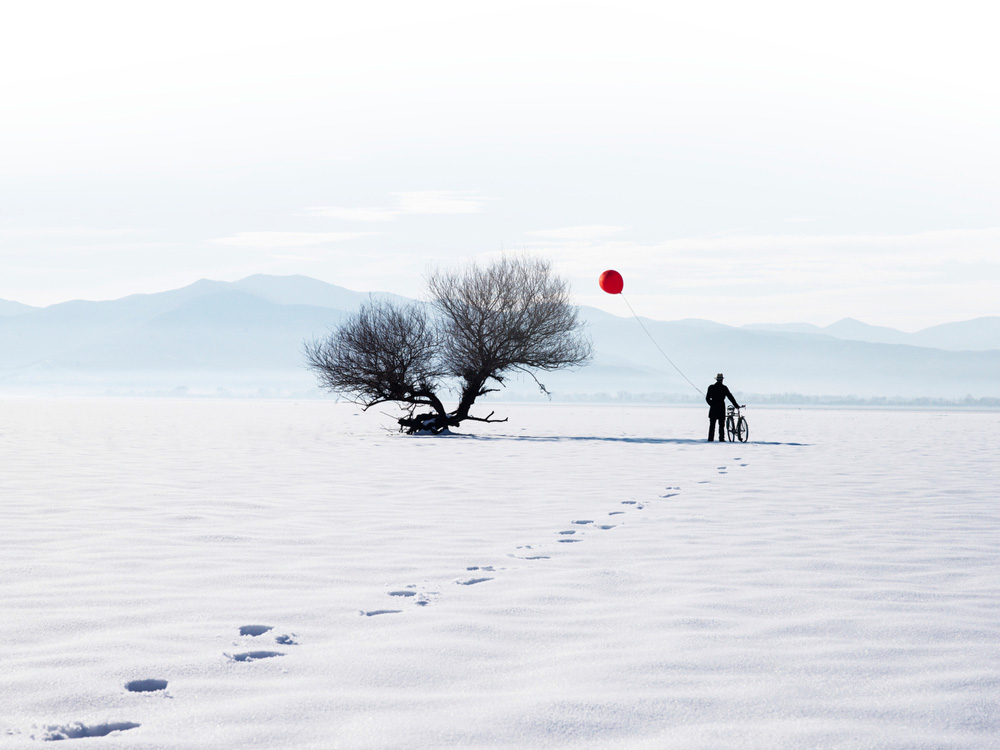 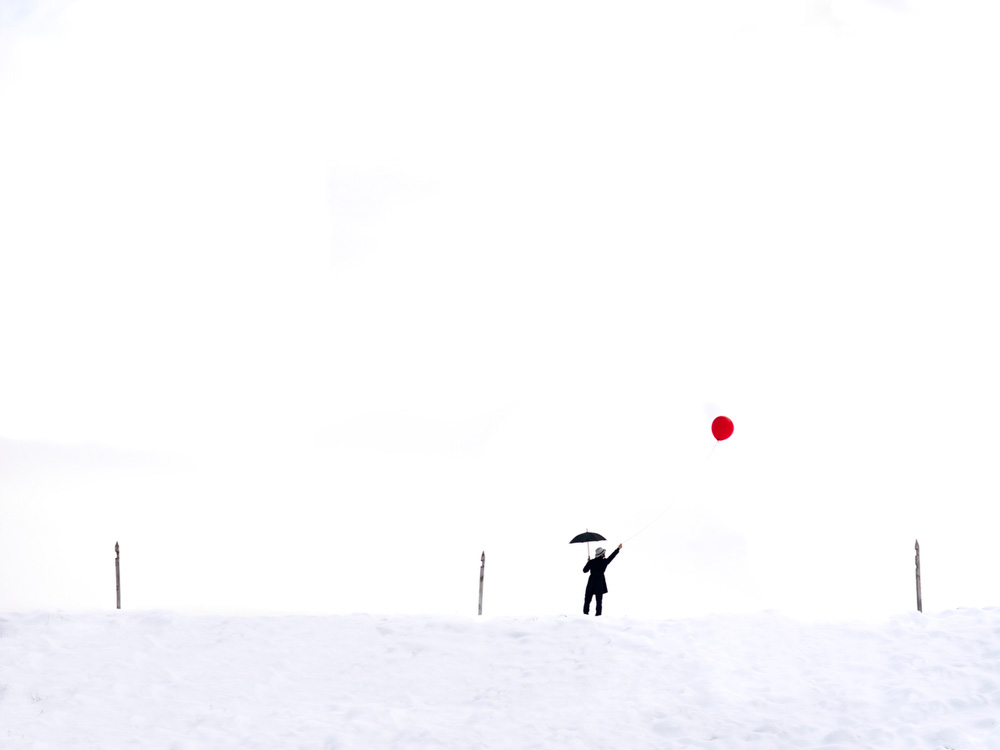 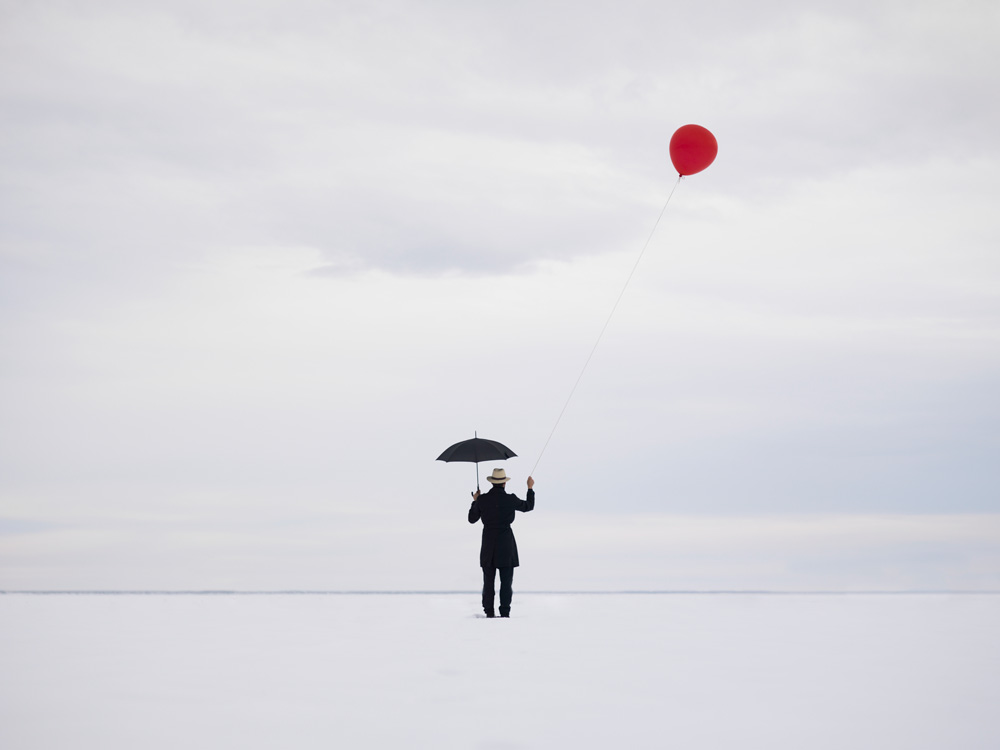 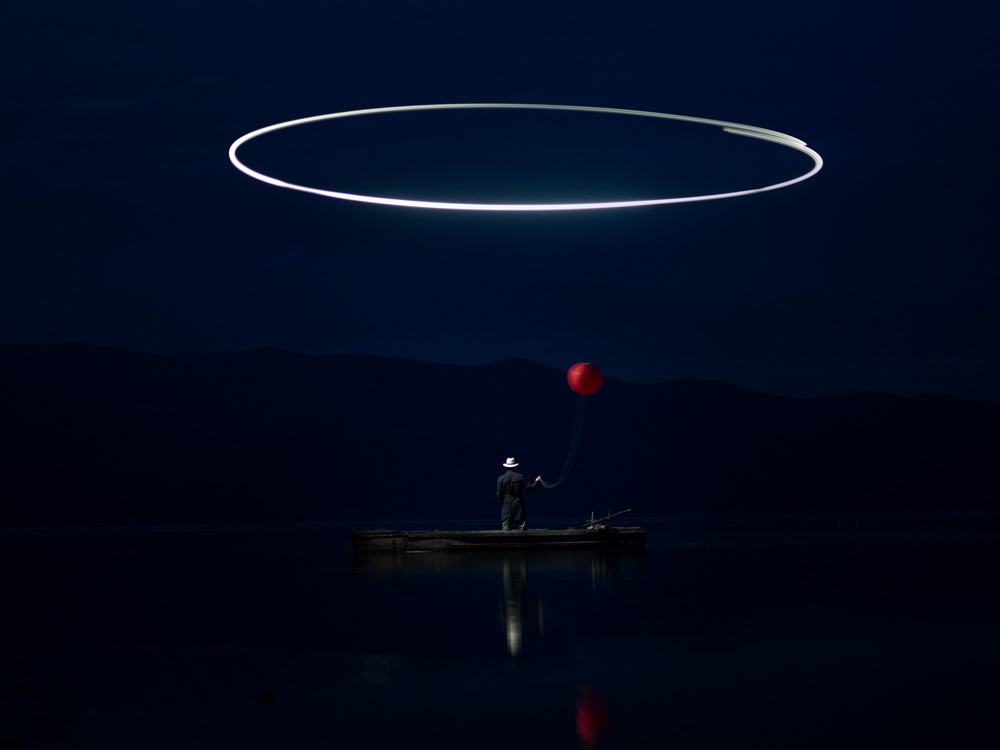 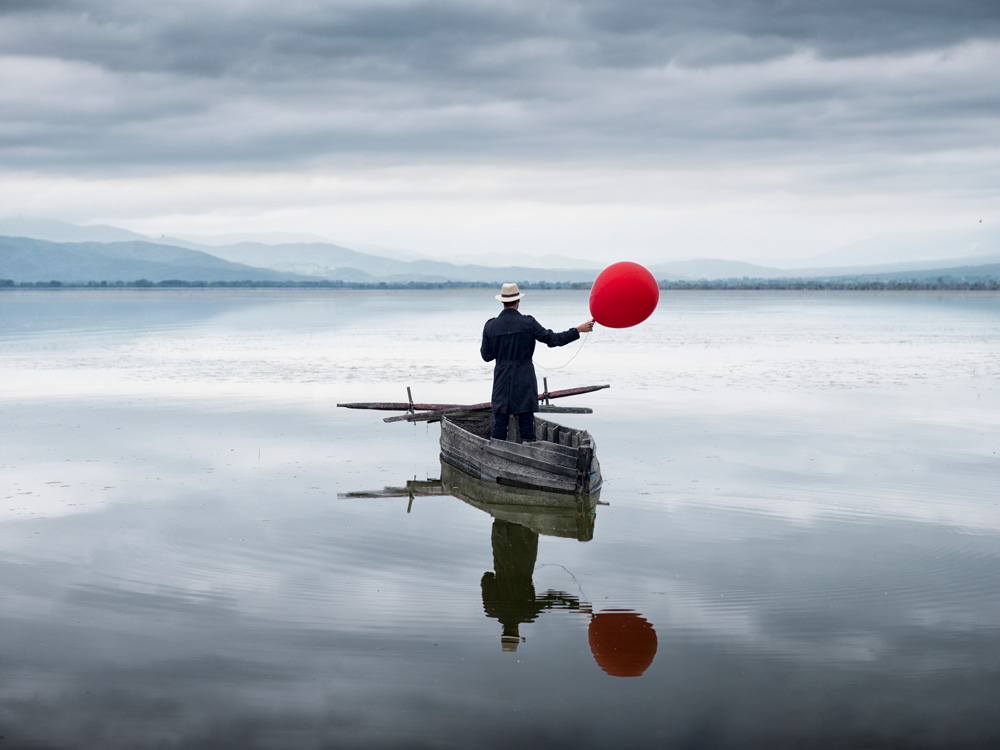