An urban apartment study to a monumental spot of Thessaloniki, Aristotelous Square.

After successive mapping and analysis, the concept was typesetted in the three axes of lightness, impulsion and projection. The forms as a clear summary of the above lead to the final architecture of the space.

The perception of the space and the emotion it generates through the “modénature” of the clear forms, converse the sleek with the harsh allover. An inclined glass tube replaces a concrete previous form as a linear projection of the buildings void to a skylight. A dark corner unfolding to the main entrance, a wooden modular-wall separates and joins different spaces according to the user’s perception. Multiple adapted storage spaces dotted in the floor and a revolved horizontal void to the west, frame a contemporary apartment embodied to an earlier structure. 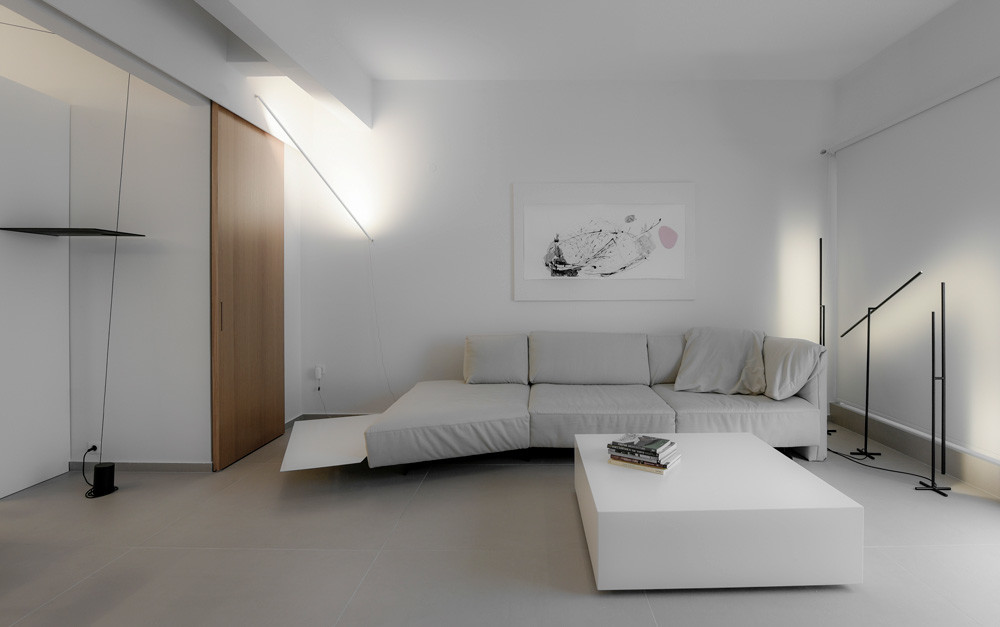 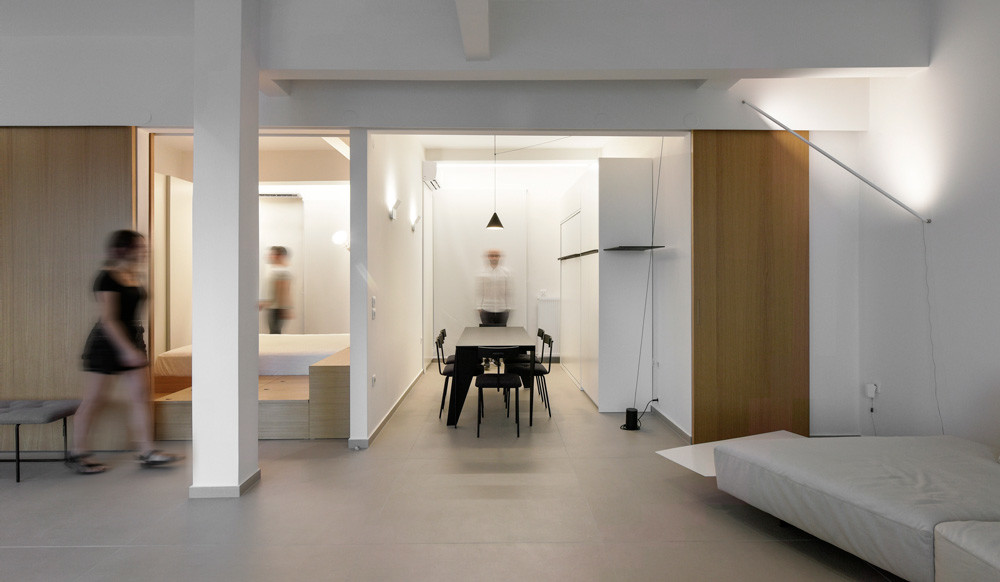 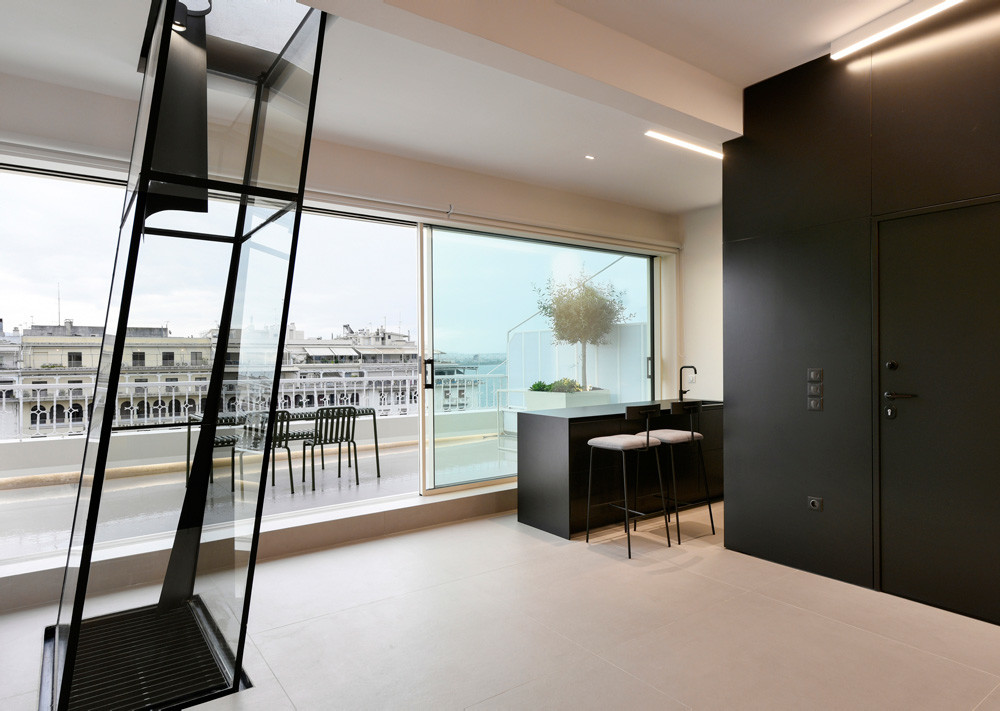 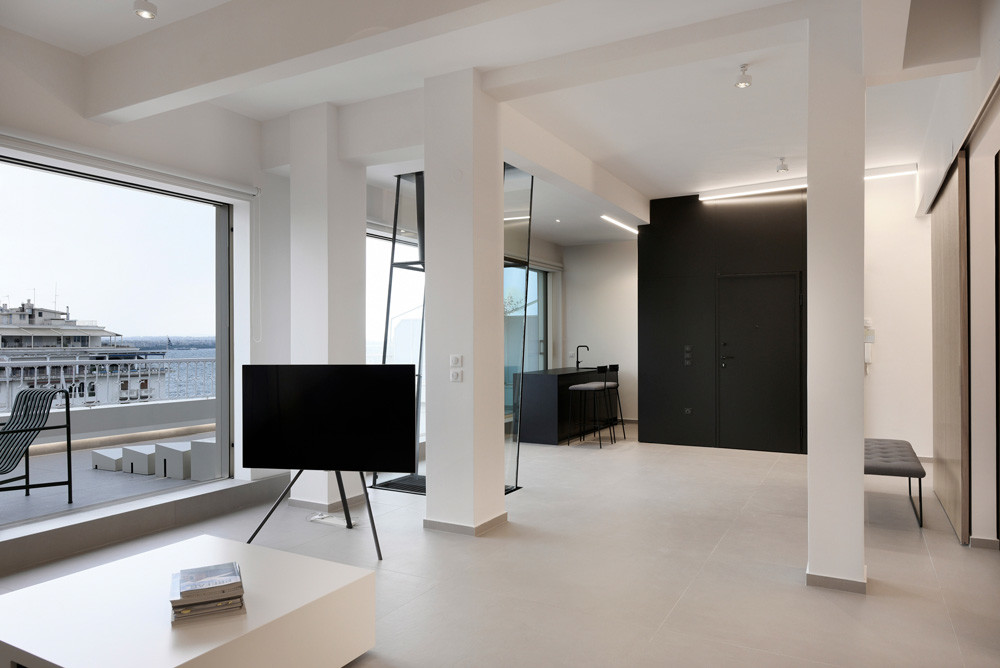 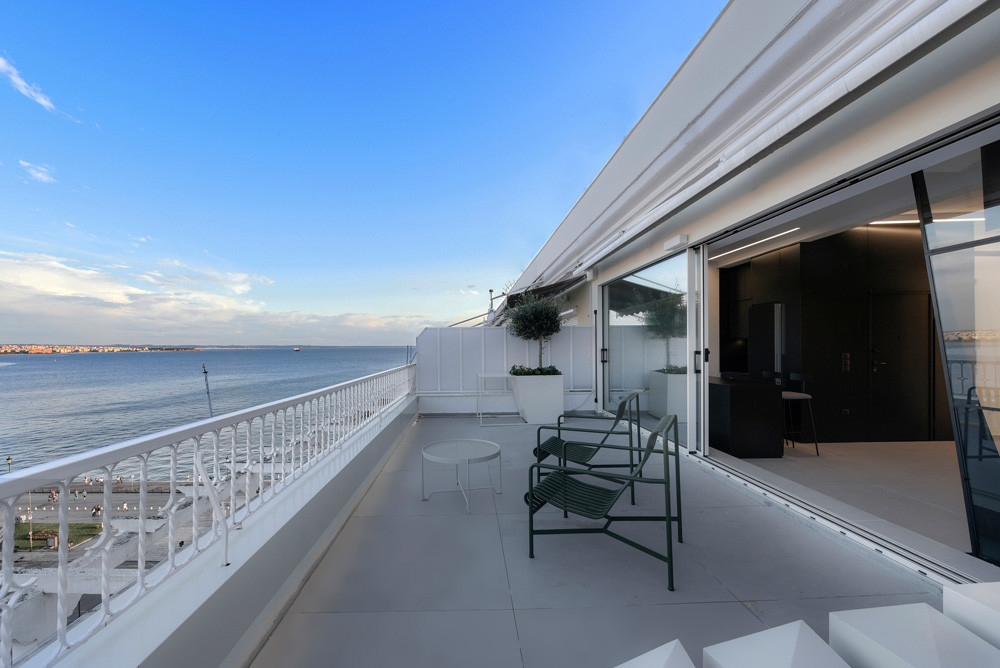 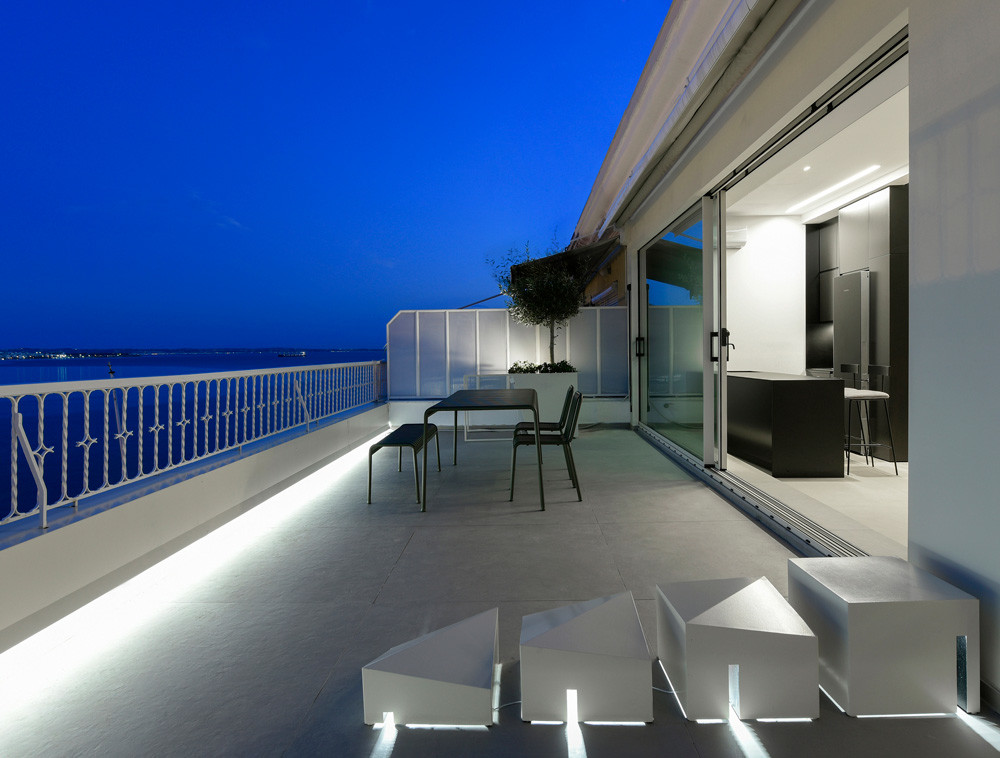 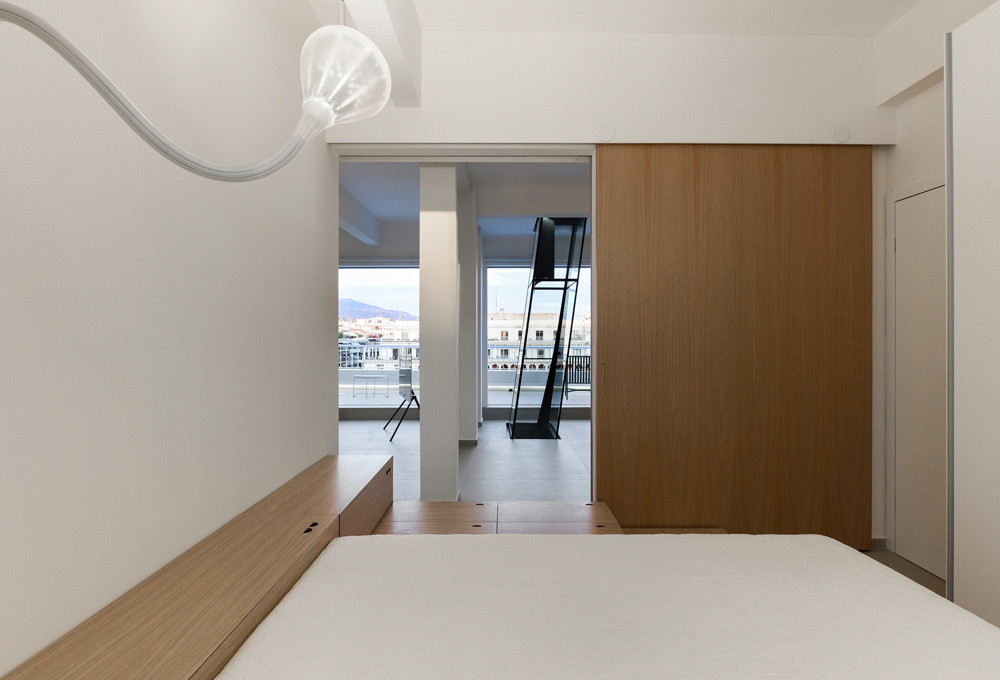 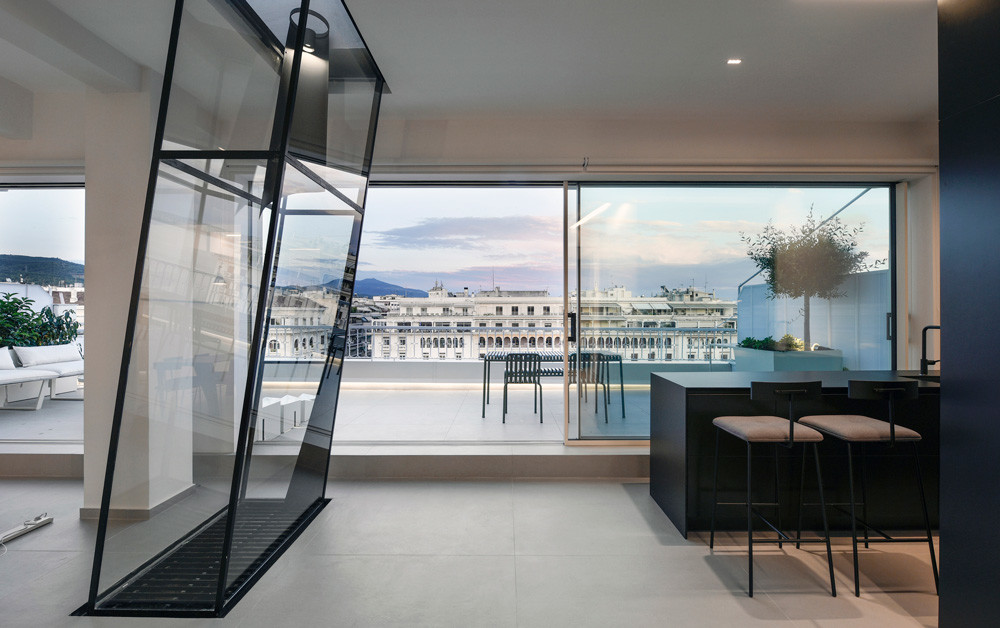 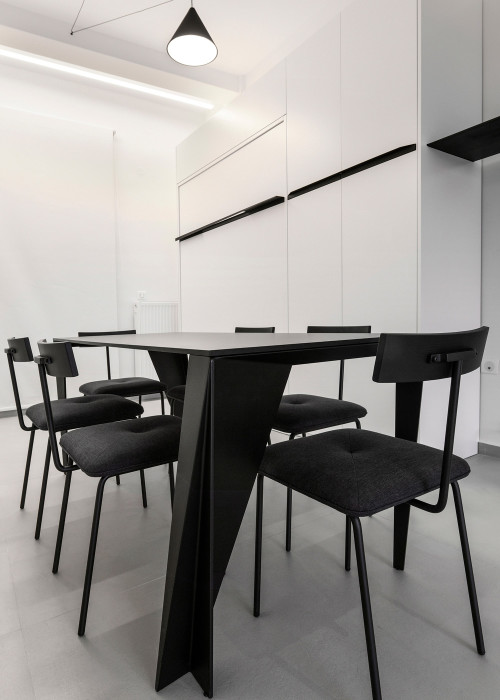 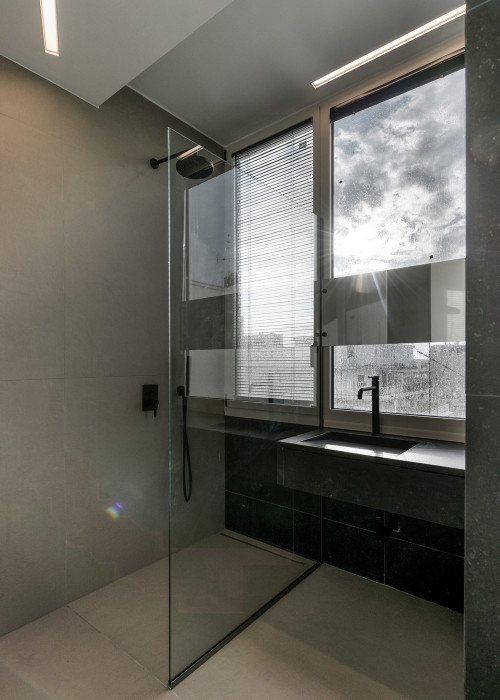 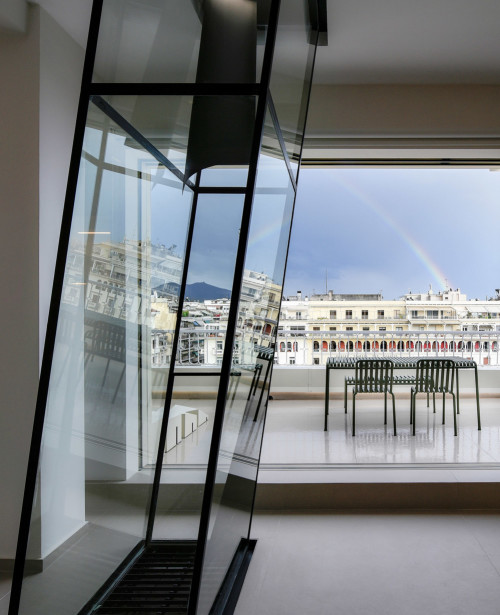 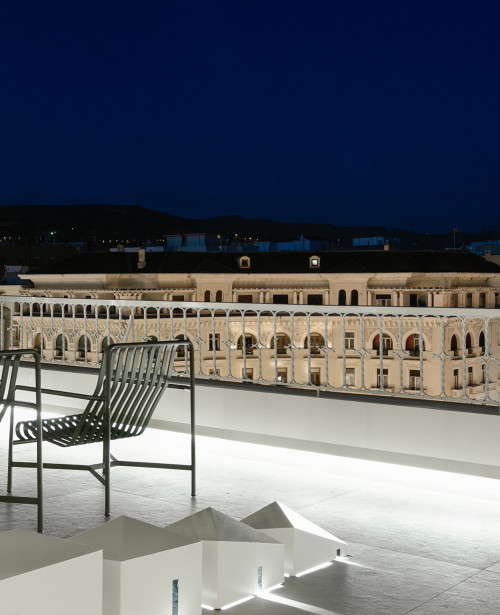 Family apartment in Thessaloniki by Matheas Architecture December 20, 2019 The apartment is located on the third floor of a listed building in the center of Thessaloniki. The building’s facades and interior common spaces had been restored a few years…

“Devotion Twins” Showroom & Office by ADD… June 17, 2019 The building is situated on the Athens-Lamia National Highway and was redesigned so as to combine programmatically the clothing production line and storage with a dedicated concept showroom and office…