The founders, Basil and Elise Goulandris, as advocates of the idea that art should be open to society and apart from their important contribution with the establishment of the Museum of Contemporary Art on Andros, also envisioned the creation of another museum in Athens, which would offer the opportunity to a broader audience to come into contact with modern and contemporary art which was the main focus of their own interest. The new museum, which bears the name of the founders “Basil and Elise Goulandris” is housed in a self-owned building that came from the joining and harmonious interaction of a listed, mid-war building and a contemporary extension. The selection of the location was based on the wish of Basil and Elise Goulandris for the museum to be in a central point of the capital, easily accessible to visitors, within the cultural axis, which includes the city’s other important museums. The construction of the new museum of the Basil and Elise Goulandris Foundation began in August 2012 and was completed in October 2018. 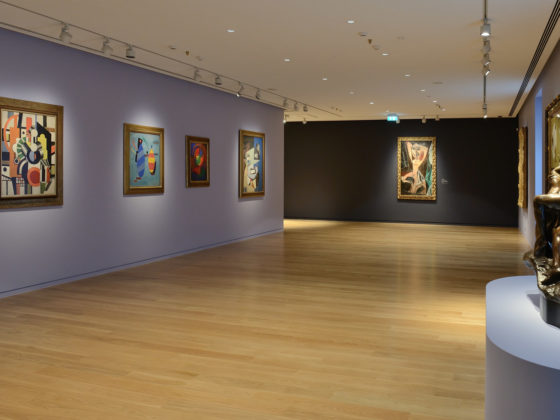