The Athenians’ goal is for the traveler to feel like a local, to be able to walk around the city’s center, explore its hidden spots and live like an Athenian!

The branding/visual identity and environmental graphics are inspired by Athens City and created by Hellodesign. 5 different routes, 5 different colors, 5 hidden “A” s for the logotype identifying The Green, The Yellow, The Orange, The Blue & The Gold apartments (the 5 colors).

5 autonomous modern apartments designed to be bright and functional for true travelers. Each of them is designed, built and decorated according to the branding concept. Each color connects & flows throughout the elements of each apartment.

The GREEN Athenian Apartment is inspired by the Athenian National Garden, based on natural elements, wood textures, green shades and an aesthetics of the exterior.

The YELLOW Athenian Apartment is inspired by the Athenian sun, one of the brightest apartments, characterized by the combination of colors yellow, black and gray, which has an open and playful mood.

The ORANGE Athenian Apartment occupies the entire length of the floor. Inspired by the colors of the Attic sky during the sunrise and sunset, combines brightly-painted, colorful, classy trends in its private spaces.

The BLUE Athenian Apartment is inspired by the colors of the sea and the Greek flag, the central of the 3 front flats, and the concept is dominated by natural colors and tones of gray. The most intense element is the graphics in the bedroom’s back wall which demonstrates a tropical jungle designed in tons of blue.

The GOLD Athenian Apartment is the premium choice for staying in the complex. Inspired by the brightest period of Athens, known as Pericles’ Golden Age, its design is based on a combination of materials such as marble, wood, golden details and the most spectacular view of the Acropolis! 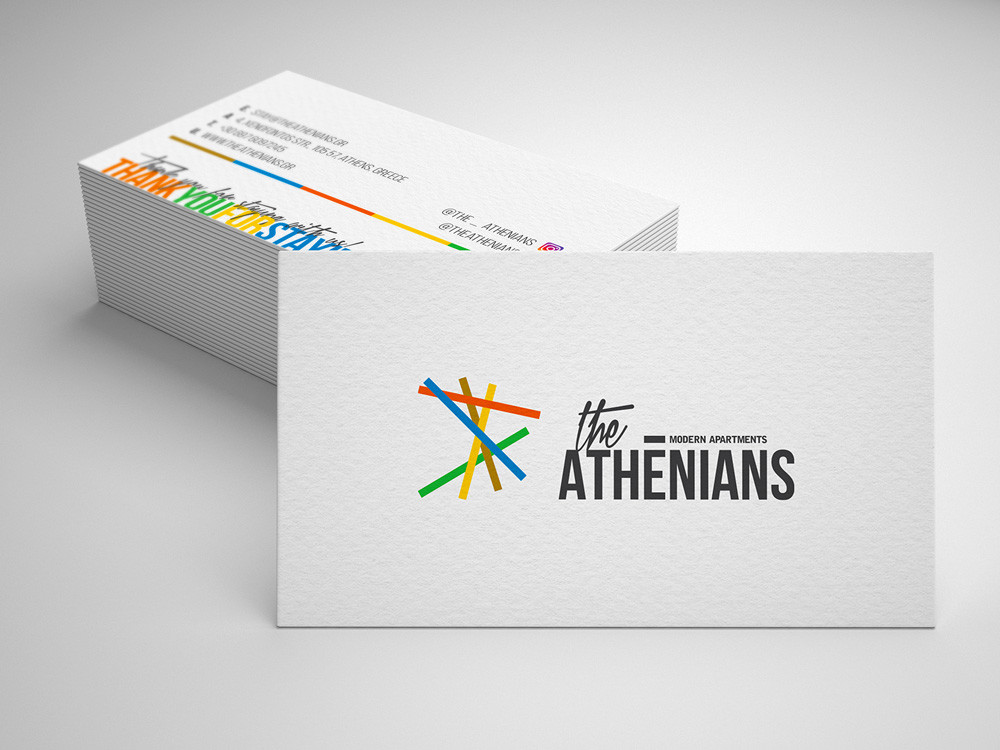 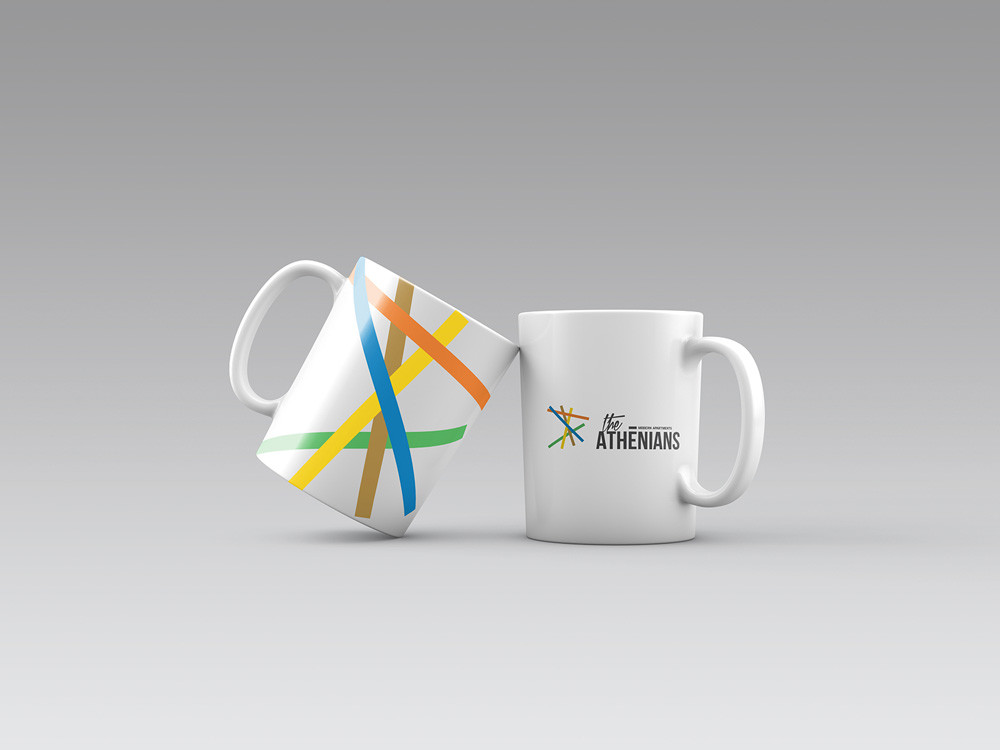 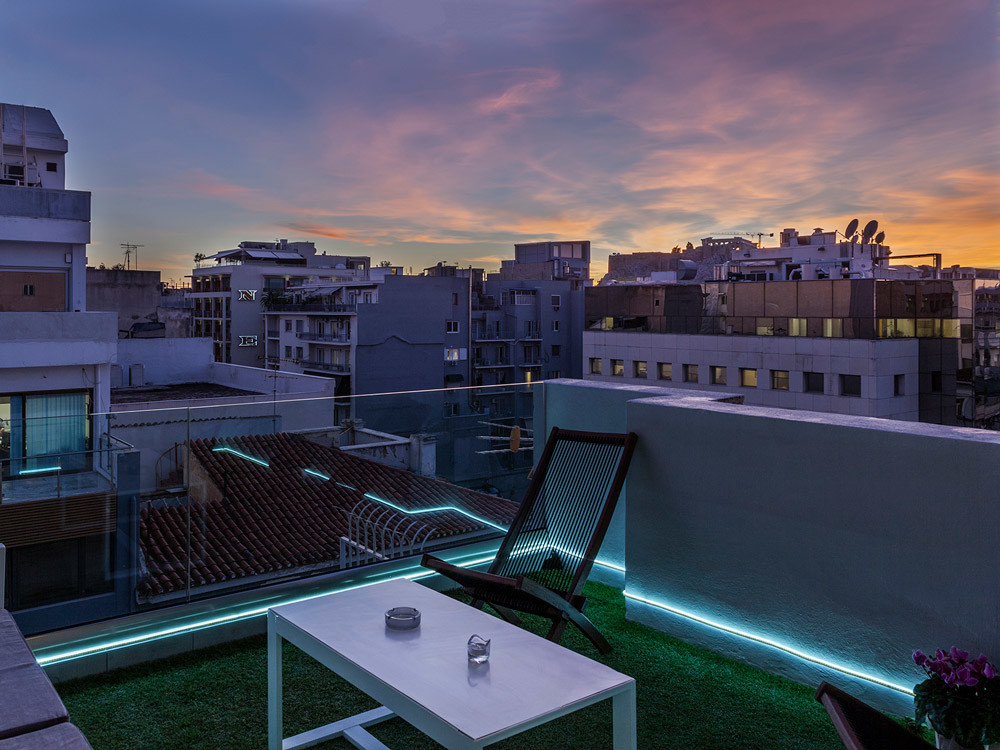 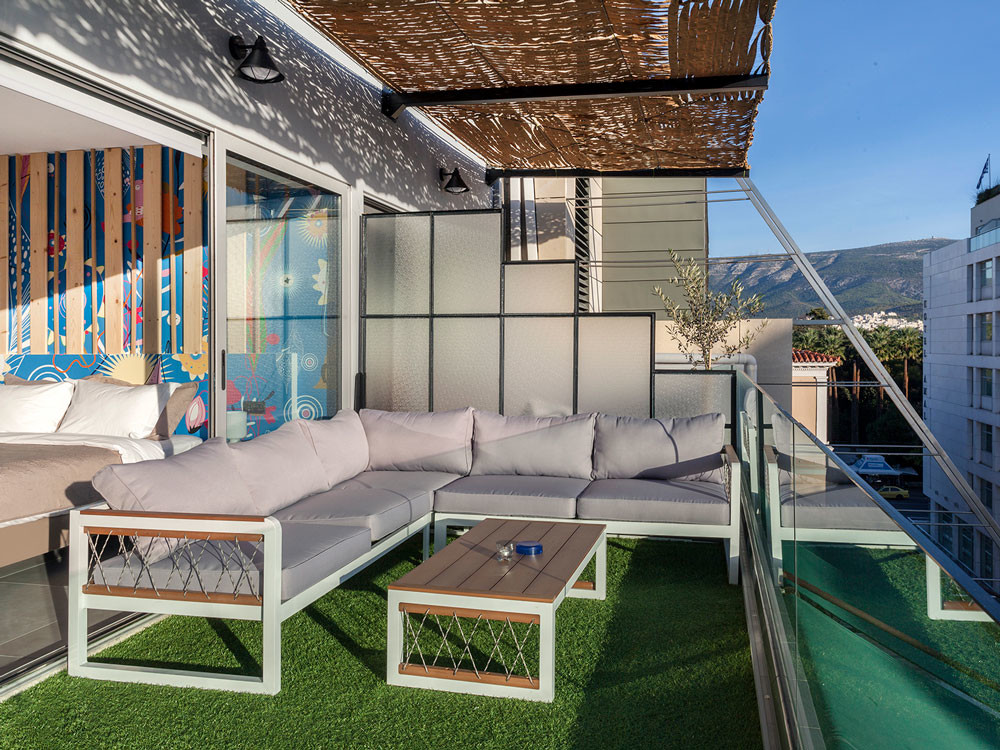 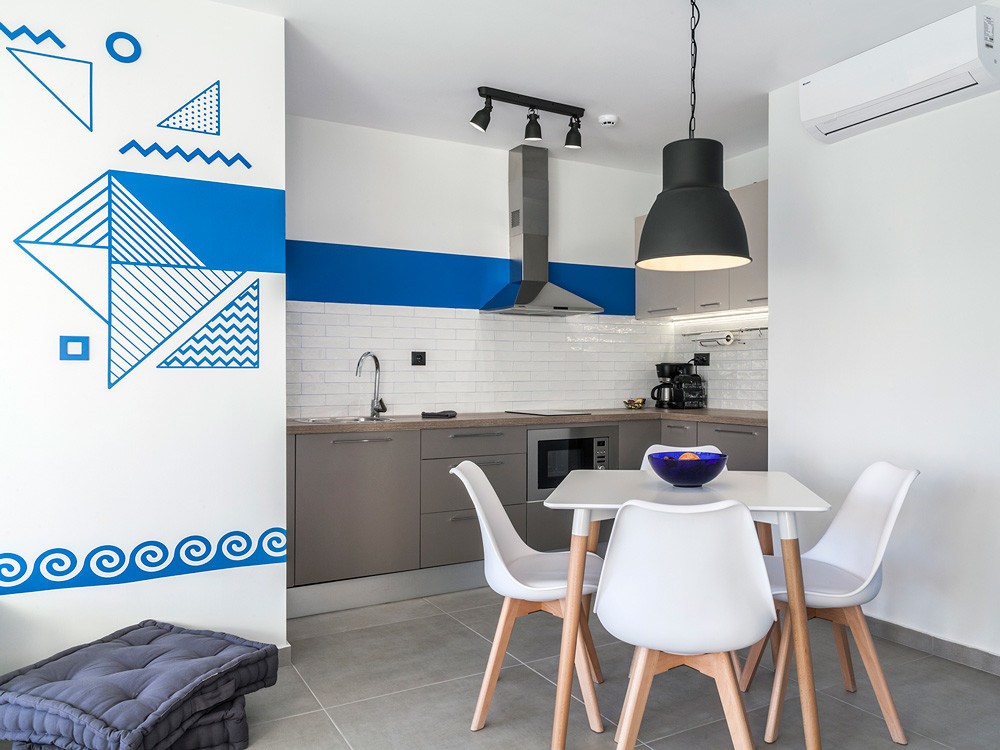 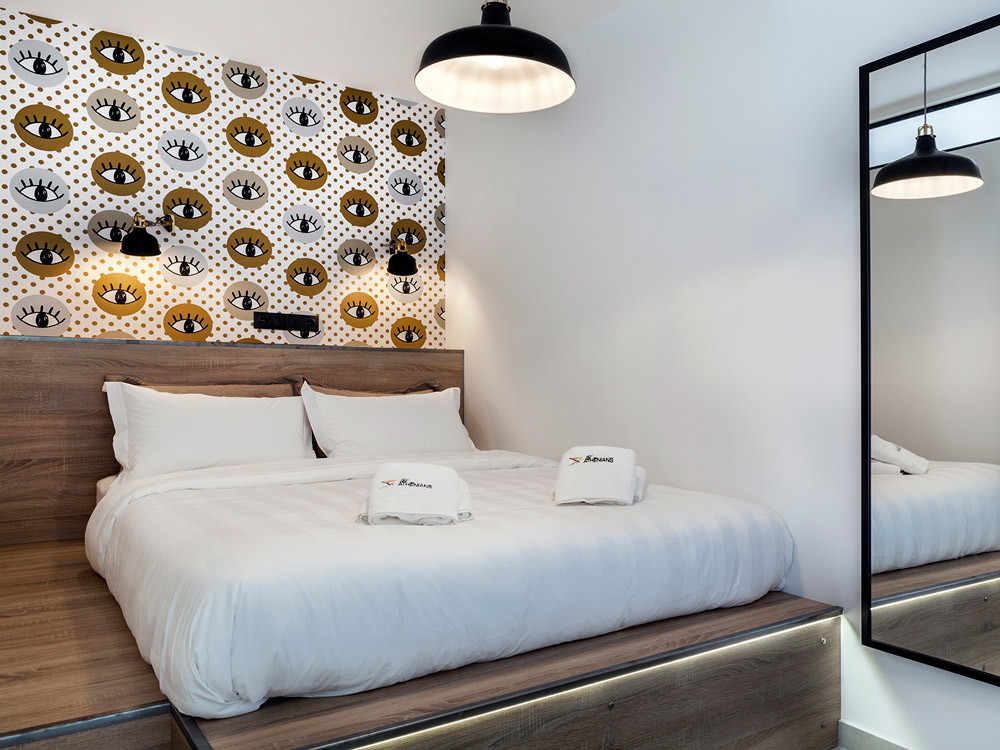 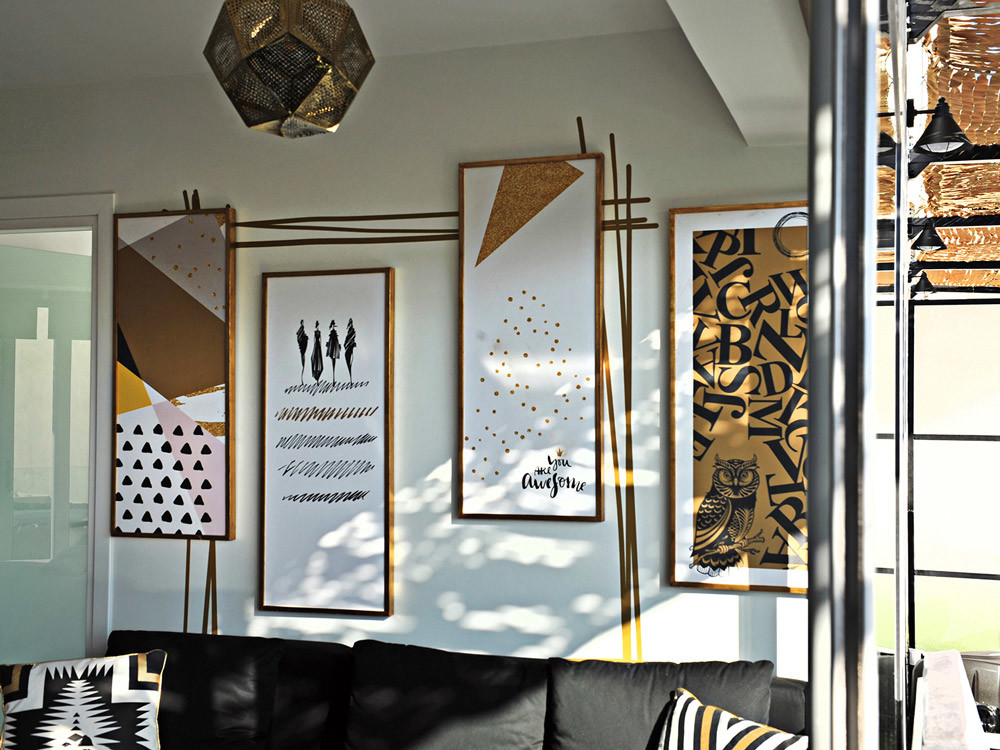 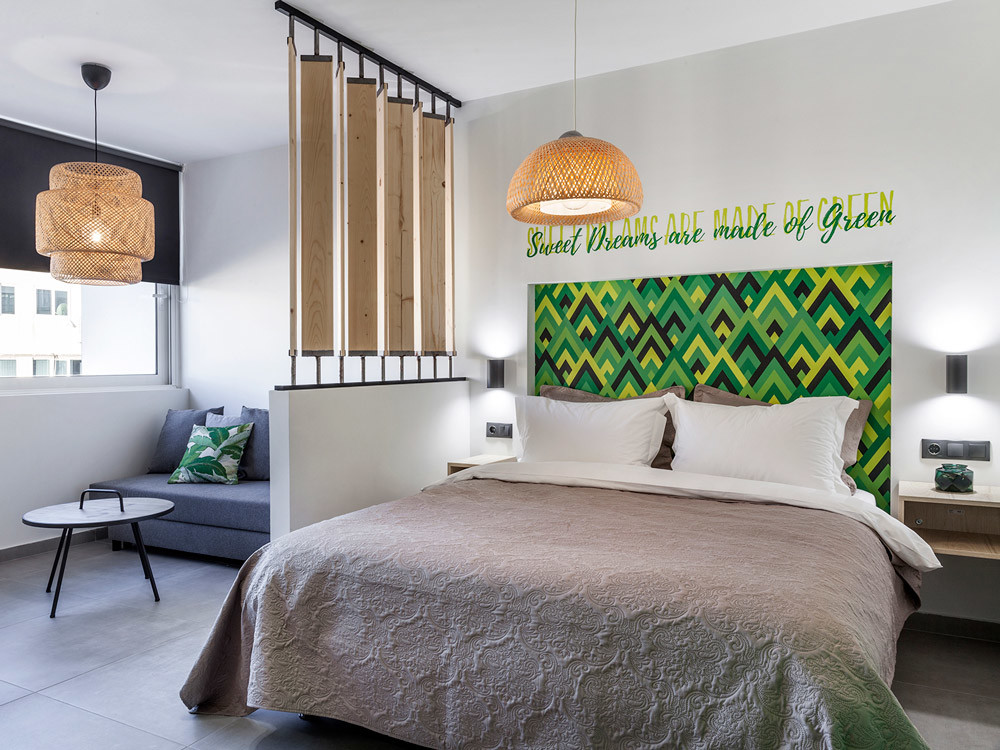 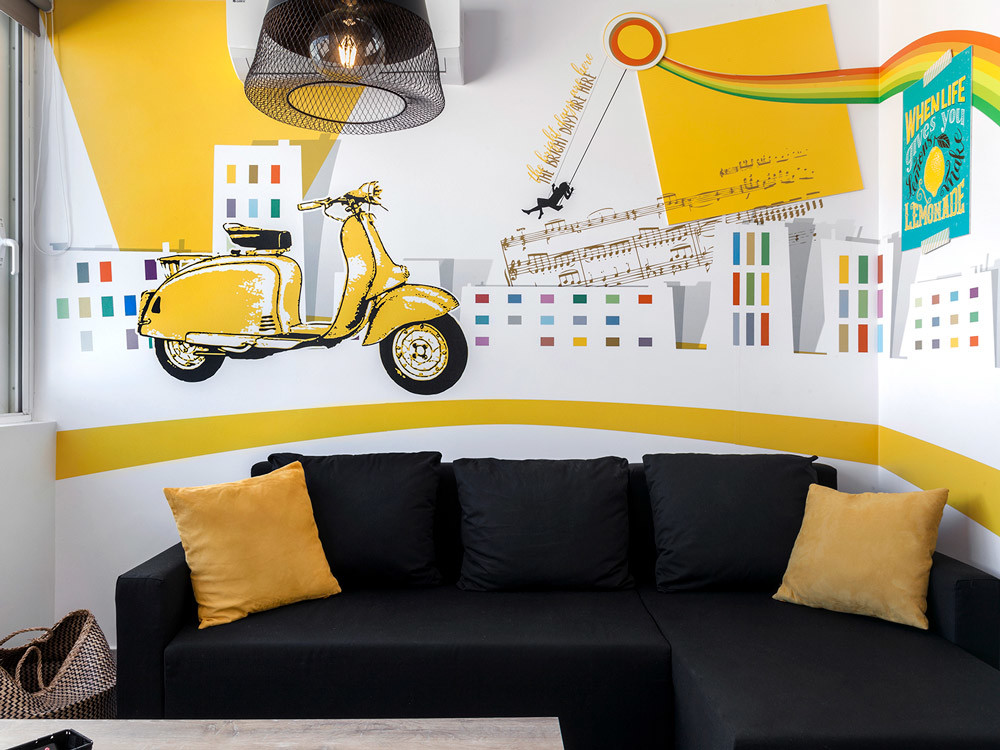 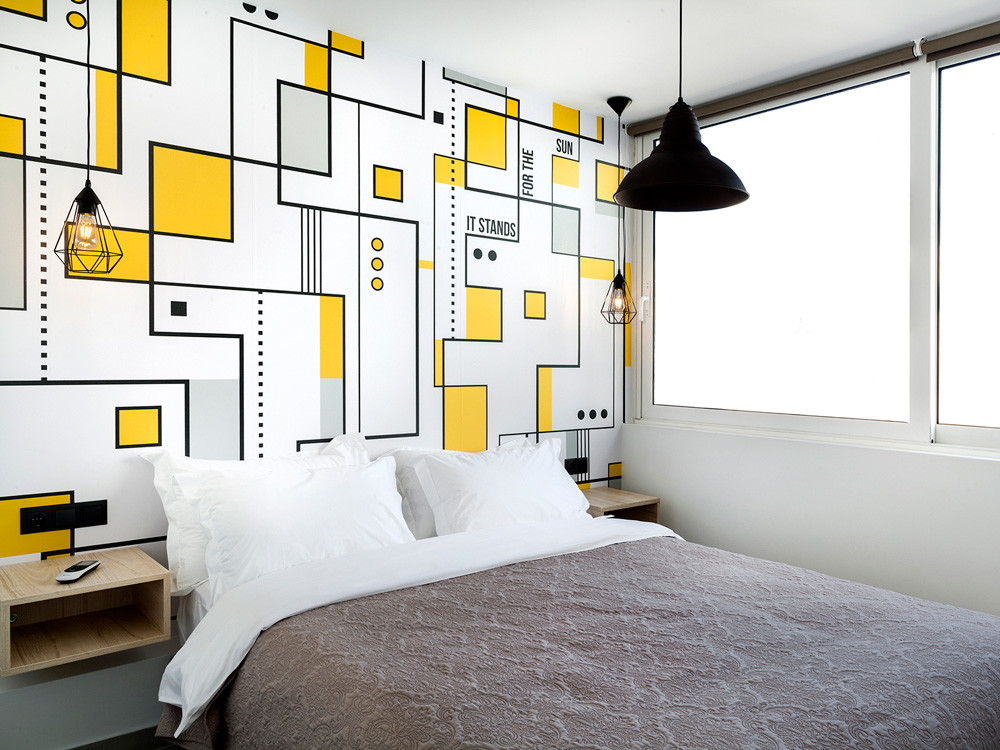