This 16-page manual records the brief revitalization of the Stoa Emporon in Voulis Street, Athens, that took place from December 2014 till June 2015.Along with ten other teams, Synergastirion – an experimental studio and showroom that operated in the stoa – participated in the “Traces of Commerce” initiative to reactivate an area that had been devoid of commercial activities for over 20 years. In exchange, all the stores offered a free, open source of knowledge related to their skills, which ranged from workshops to theatrical performances.

Synergastirion was a group of individuals that came together just for this project and disbanded at its end. Each month was delegated to an art director with a muse of his/her choice to act as inspiration for the month’s ongoing projects. The daily activities were concentrated on collaborations with others, both within and outside the stoa. The public was invited to learning workshops for handmade paper, illustration, engraving, typography and silkscreen printing. In addition, each art director was given the task to produce a manual with a free format for his / her muse and month. January was the month of Clio, the muse of history.

A stoa in ancient Greece was a covered walkway open to the public, where merchants could sell their goods and artists display their artwork. This manual reflects the Stoa Emporon both in time and space. Each page was assigned to a store and features a collage of architectural elements, silhouettes οf statues – gods and heroes – together with contemporary elements that symbolize each.

Following the completion of the initiative, a signed, limited edition of 100 copies was released, on Munken Pure Rough Laminated 170g from Perrakis Papers. It was designed by Markos Zouridakis, typography and layout by Vassilis P. Georgiou and art direction by Marietta Kallona. Screen printed at Tind Studio by Manolis Angelakis, Chrisanthos Angelakis and Marietta Kallona. 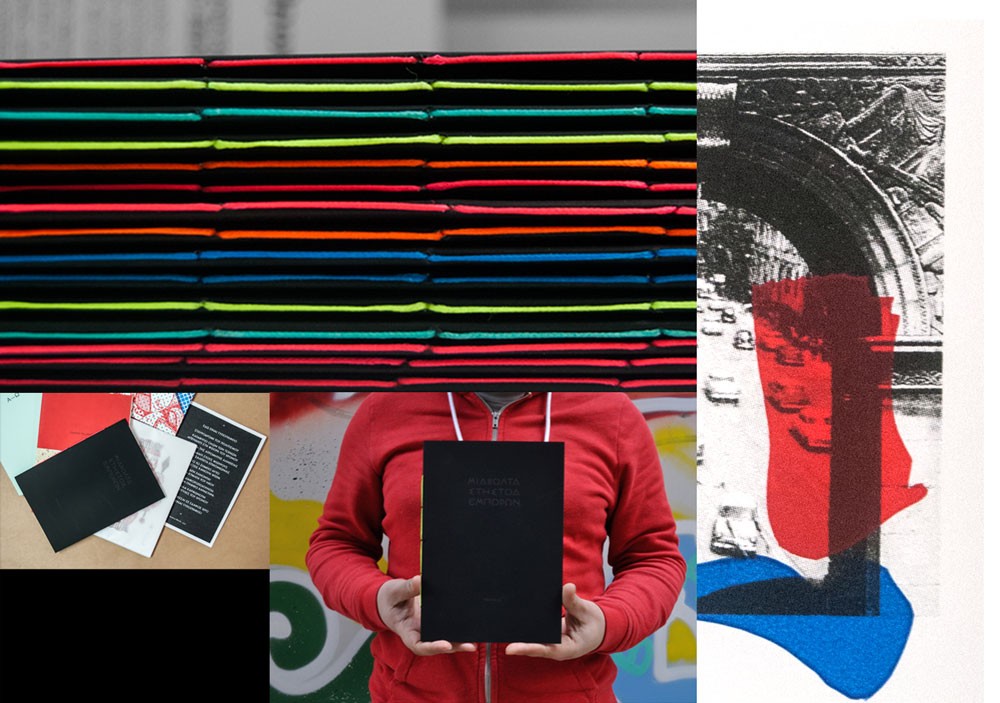 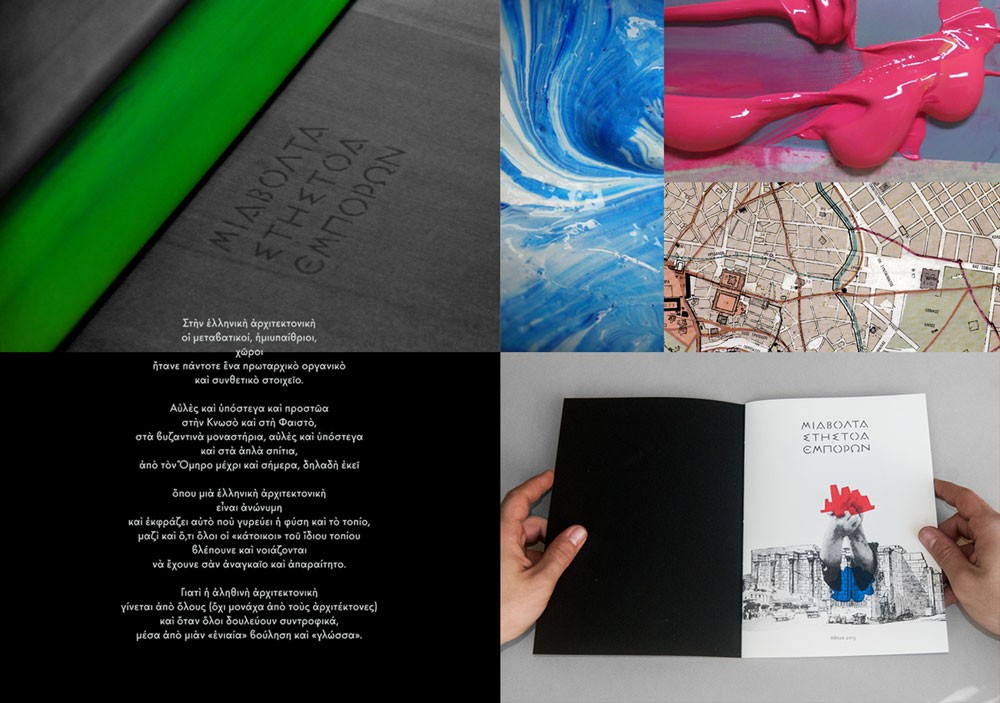 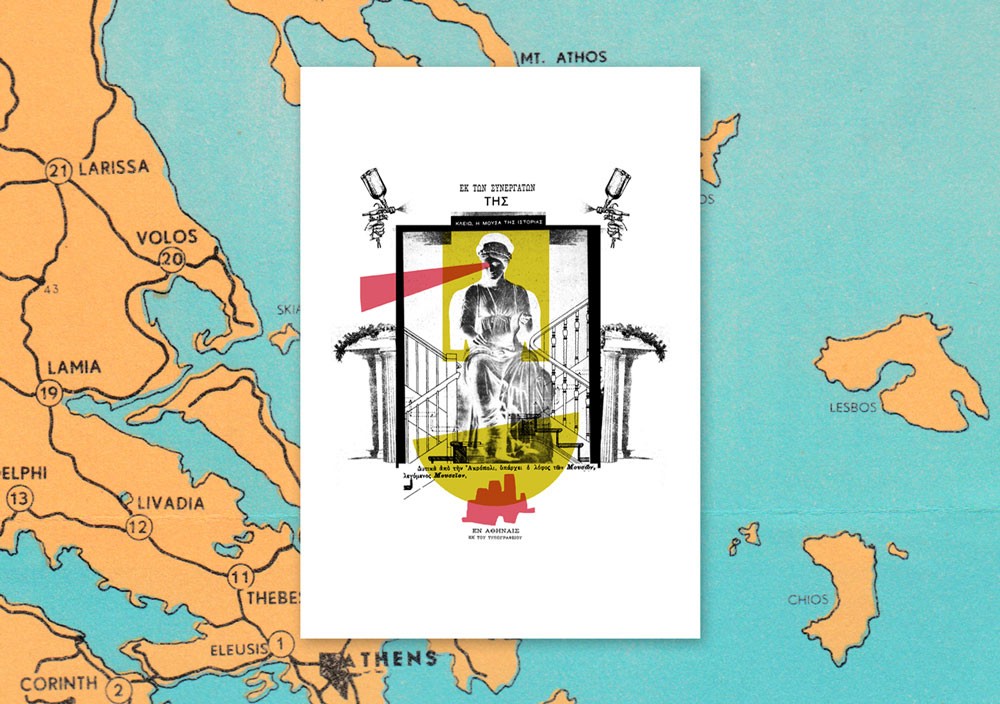 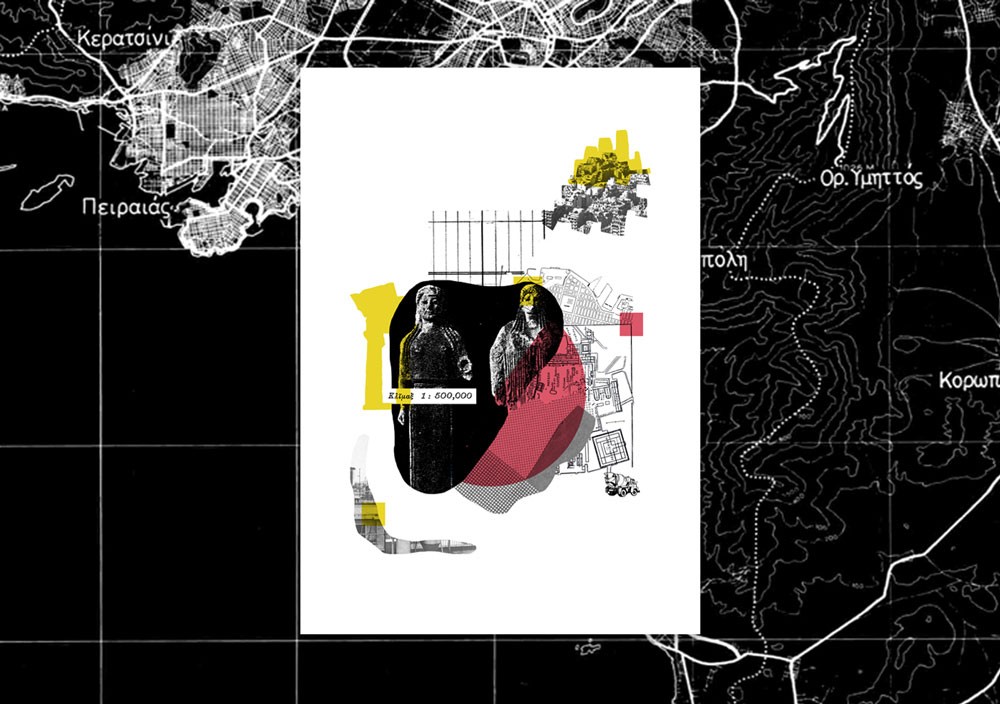 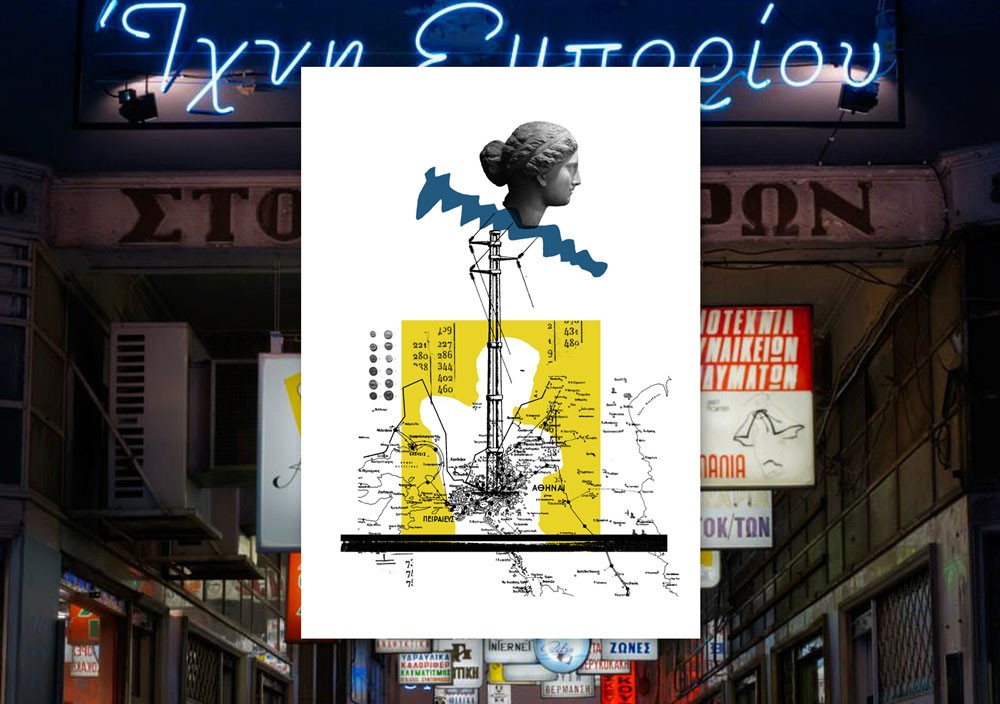 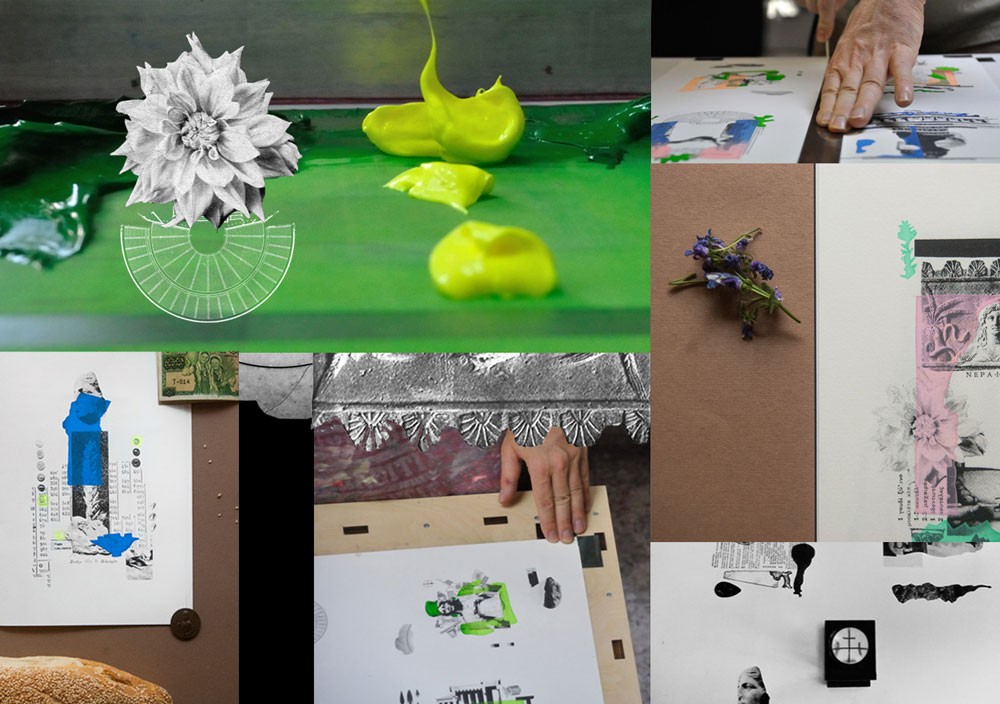 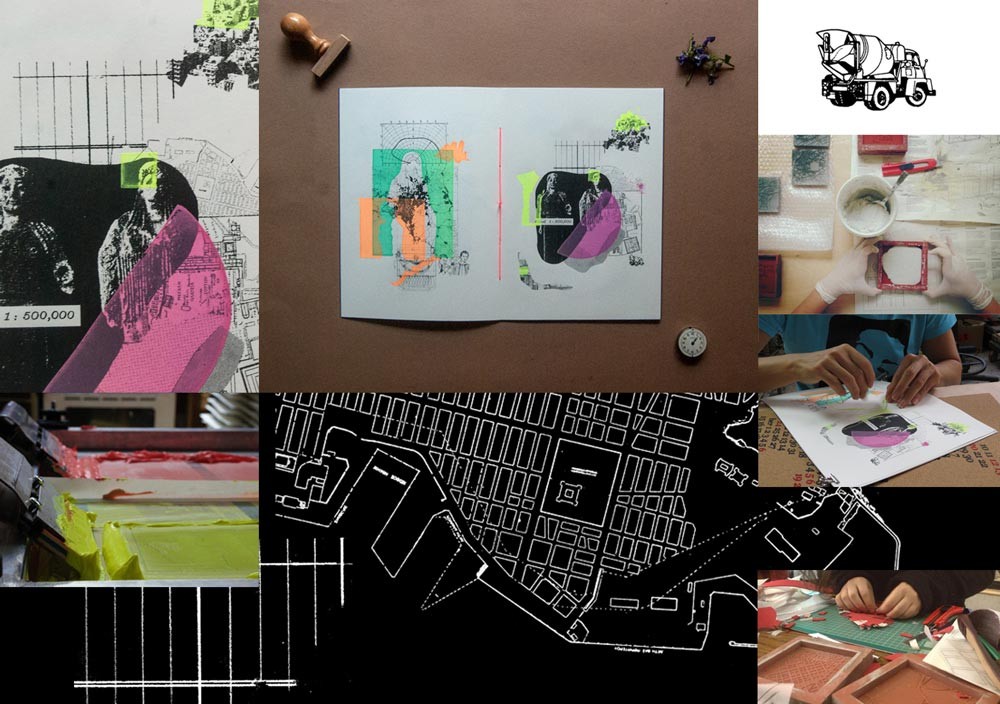 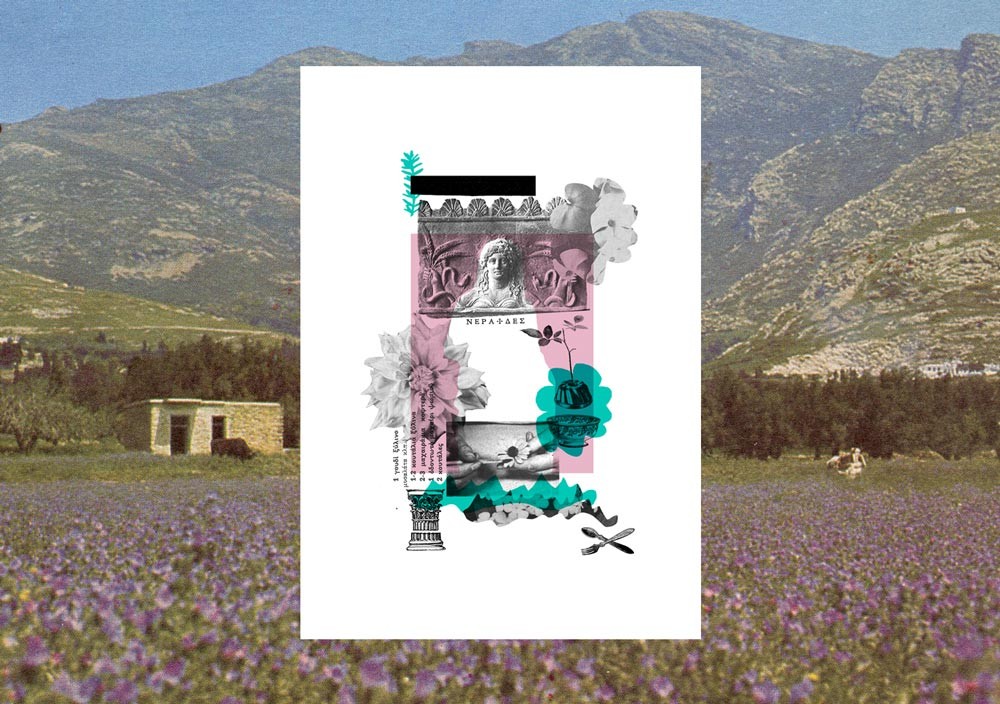 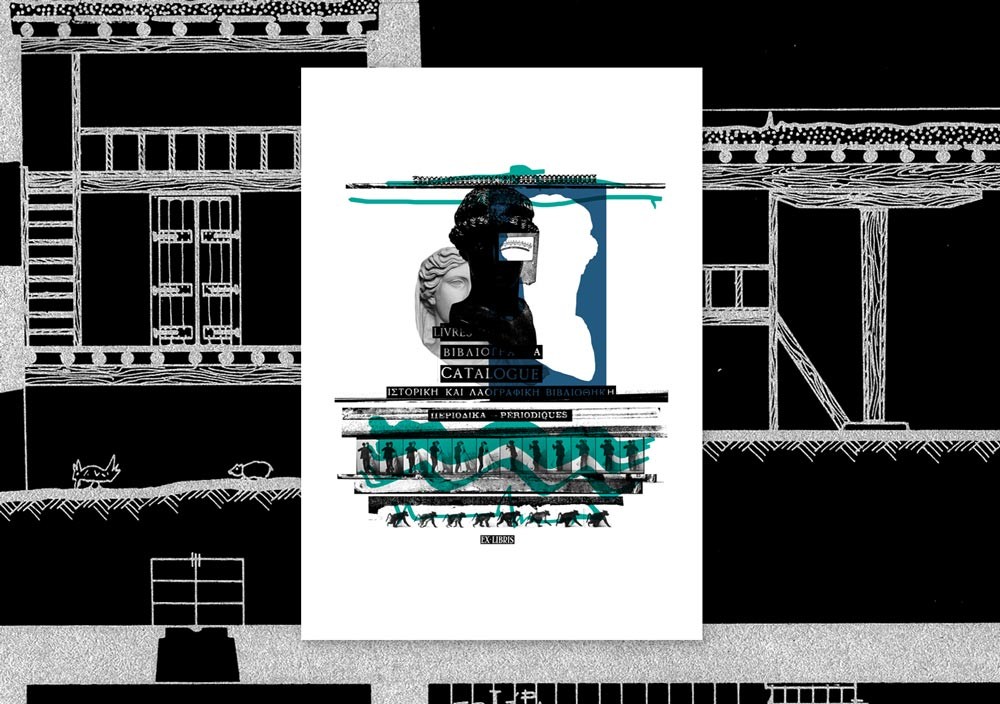 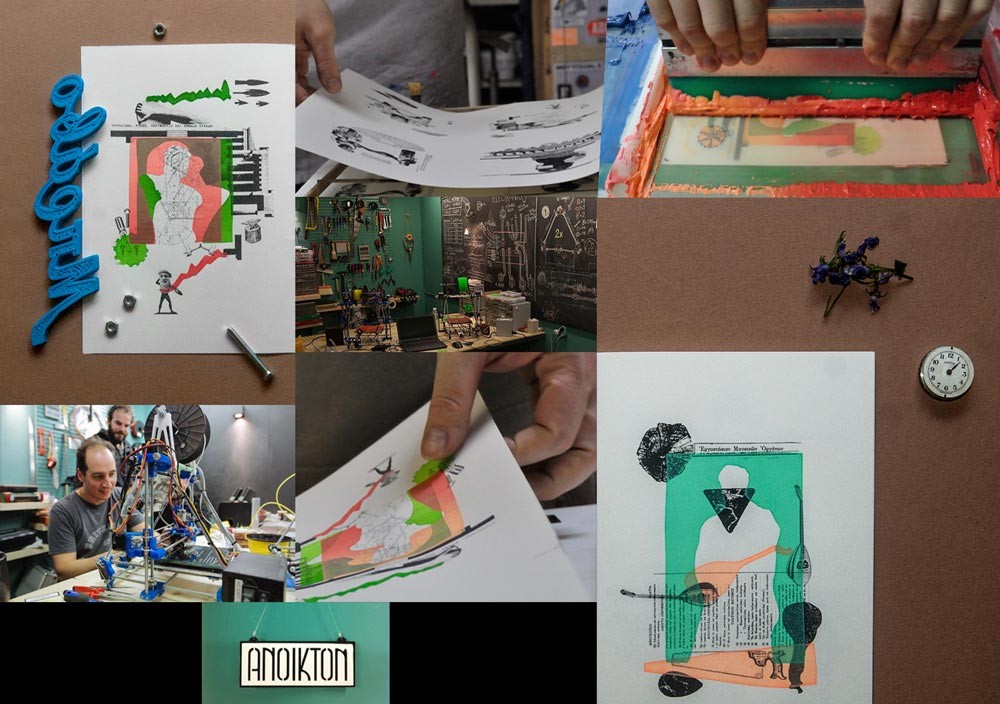 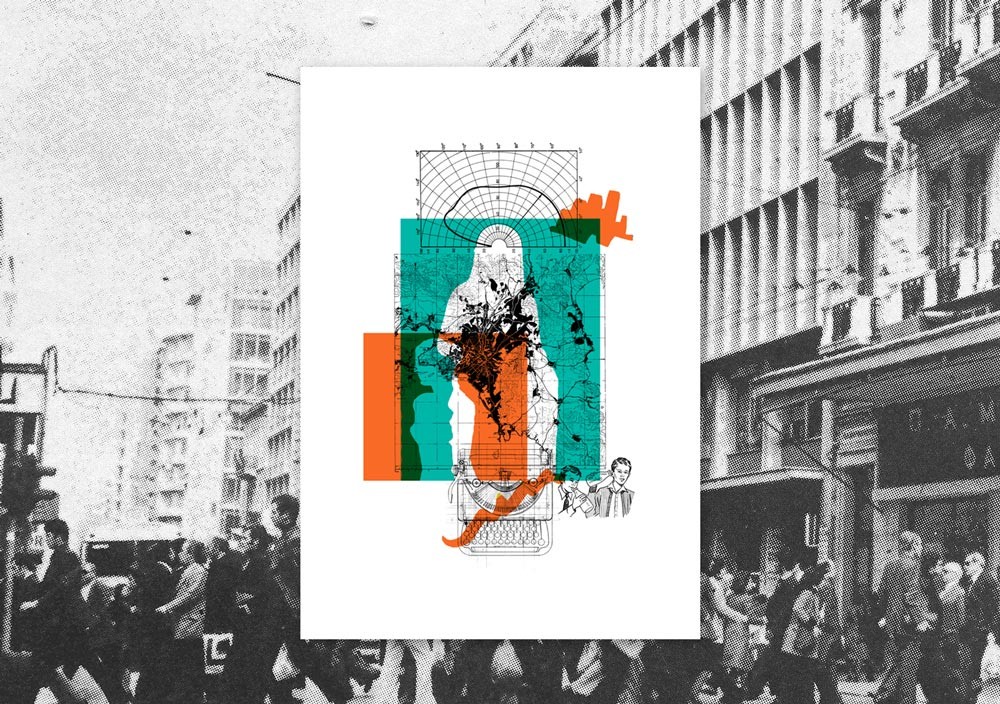 "Sandalia Sti Stoa" by Andreas Petropoulos September 26, 2019 "A family footwear business, active since 1941, has commissioned to design its new gallery and store. The new store focuses on product design. The spotlight is reserved for processed leather…