The architecture of the past or the limited square footage can sometimes stand in the way of a renovation, but not in this particular apartment on Formionos Street in Kaisariani. For the interior designer and head of the EC Interiors, Evelyn Chatzigoula, its 50 sq.m. and its design philosophy, coming from the 1970’s, were the driving force for a creative and functional redesign.

From the very beginning, my goal was to highlight and respect the core architectural elements of the apartment, as well as the period to which it refers, seeing it through a more modern gaze.

The apartment consists of an entrance area, a living room, a kitchen, a bedroom and a small bathroom. The layout was maintained with a single intervention made in connecting the hall with the bedroom, where there was originally a sliding door. “We removed it and replaced it with an arch in order to provide a sense of openness while at the same time utilising an architectural element with references to that period”, Evelyn explains.

The principal concern of the study was the revealing and repair of the mosaic floor, which had been covered with tiles.

The living room is a space dominated by the sense of calm that results from its colour palette –shades of broken white– but also by its decorative identity that refers to the clarity and simplicity of the Scandinavian design. At the same time, provisions were made for the living room to function as a guest room with a closed wardrobe –along with the open bookcase– as well as the sofa that opens to form a bed.

The soft salmon hue gives the kitchen a sense of calm and the necessary brightness. “This space is dominated by the marble sink that was already there. For functional reasons, we shifted it from its place –it was originally located under the window– something that ultimately made it stand out as it got integrated with the marble wall plate and the counter”, Evelyn elaborates.

In the bedroom the dark green on the wall and its combination with wood and earth tones is stealing the show. A balanced and at the same time dynamic composition that “quiets down” at the light grey of the hall, but continues in the bathroom, although granting priority to the black and white dialogue triggered by the mosaic floor. “We used pressed cement mortar and mosaic not only on the floor but also in the special construction of the sink, which takes full advantage of the length of the bathroom”, describes Evelyn, adding “in this house at some point, some people must have lived through happy moments, major events, hard experiences. They must have lived a life. Therefore, each space holds its importance, and also hides a different story, which we must respect and highlight through each and every intervention we make”. 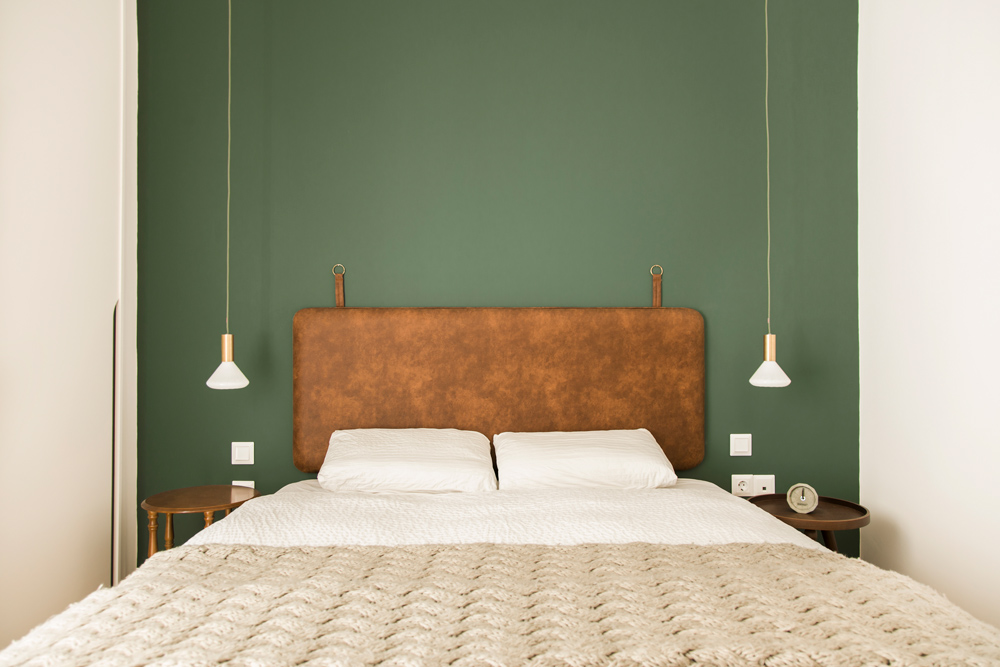 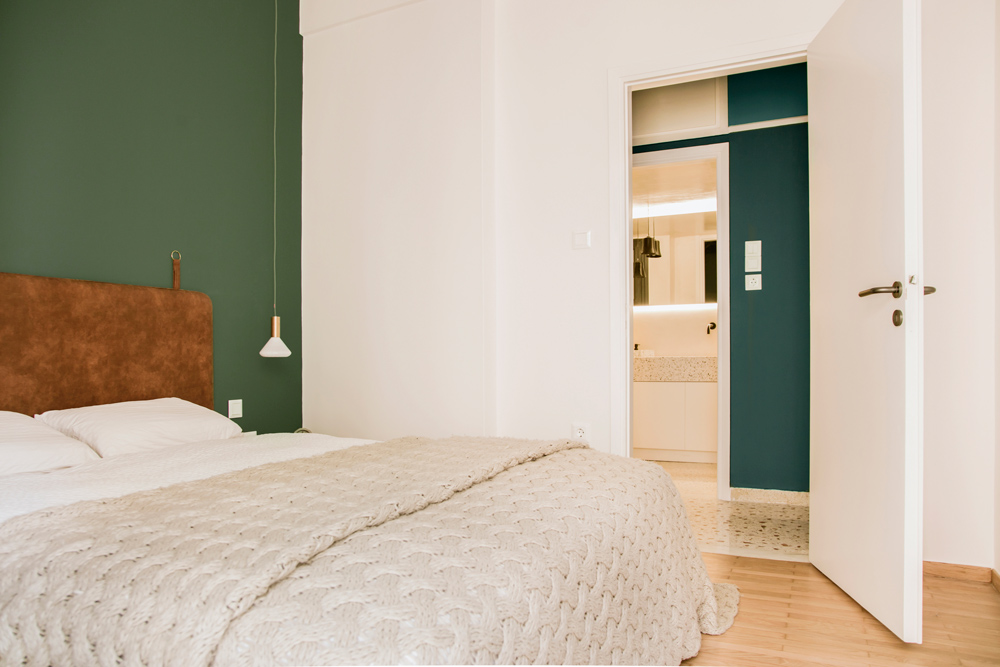 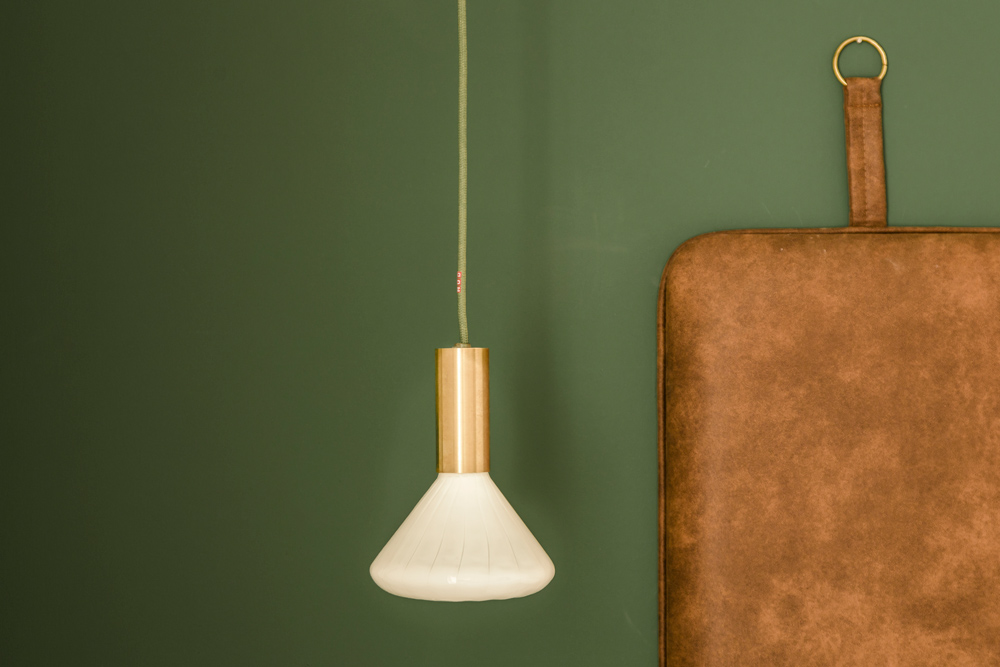 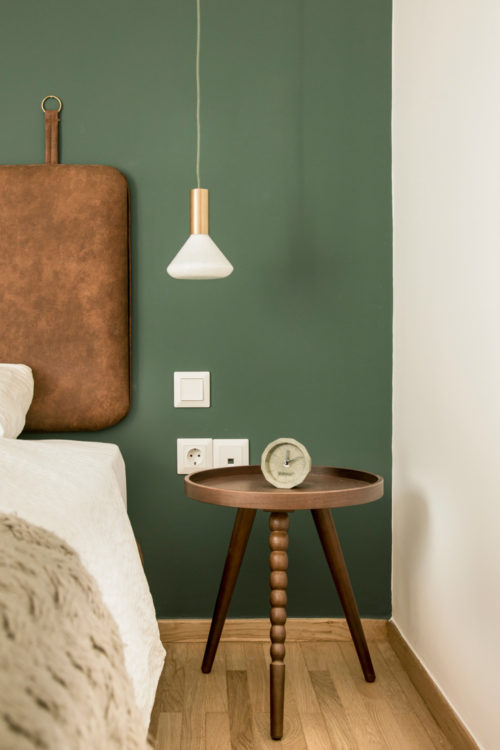 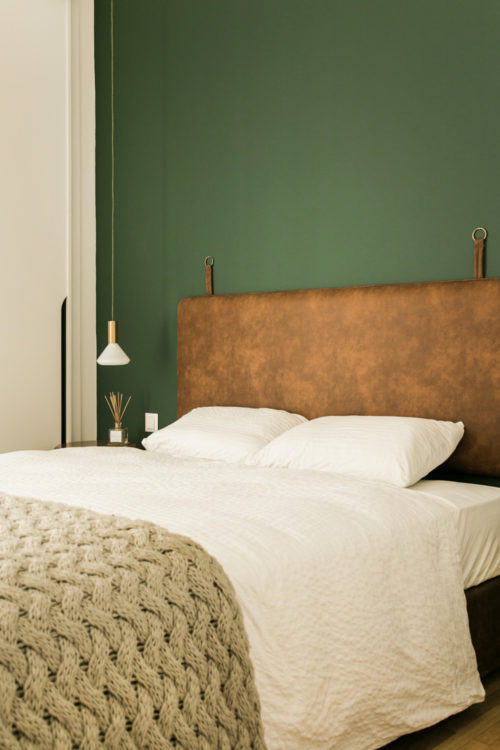 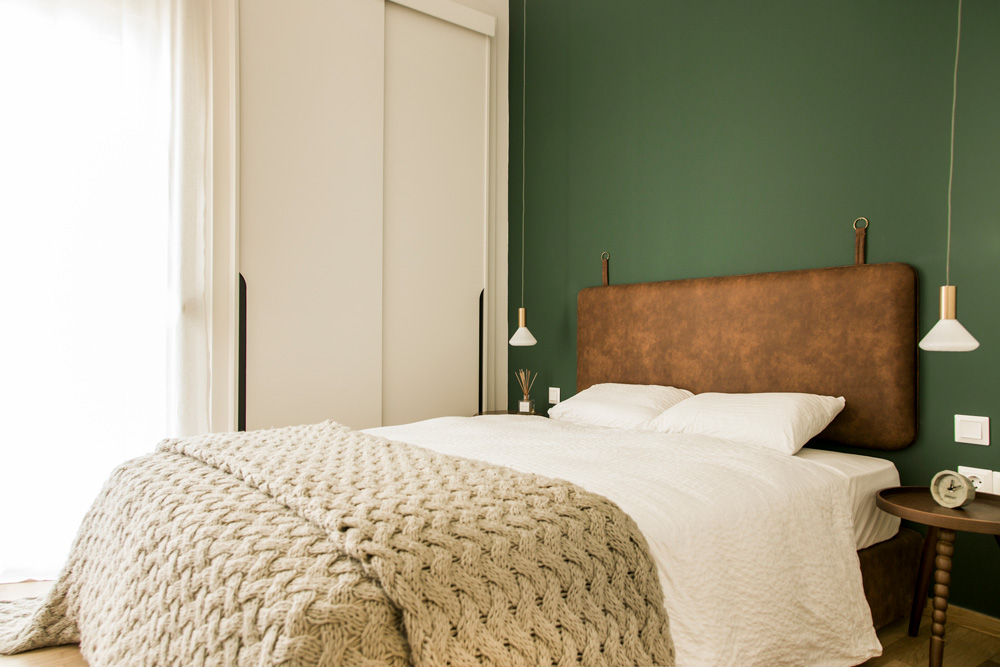 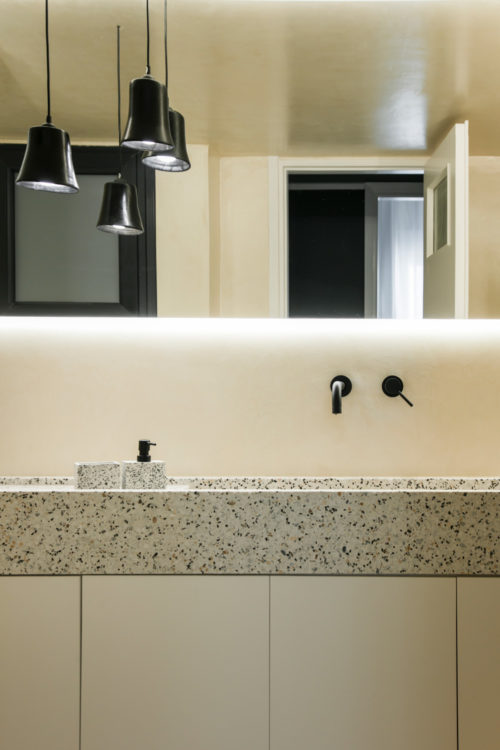 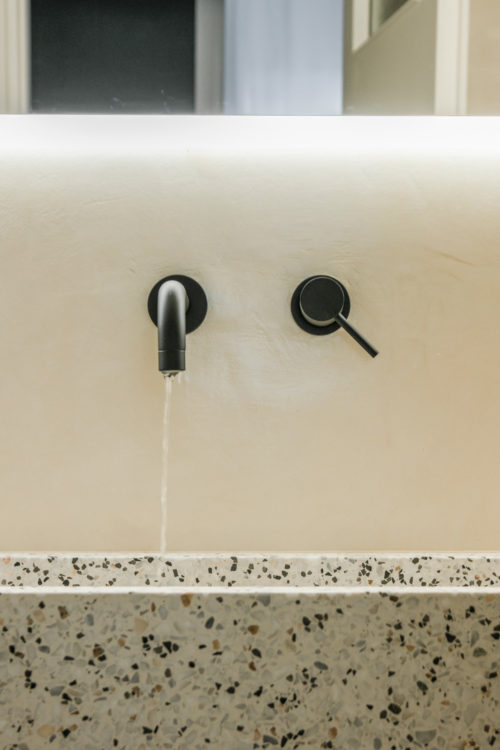 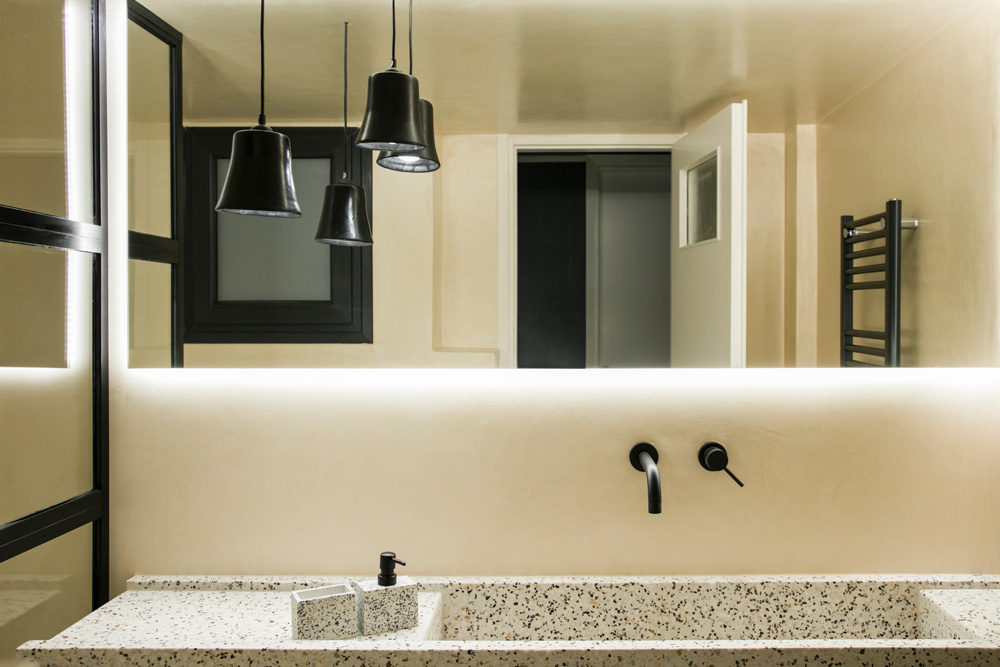 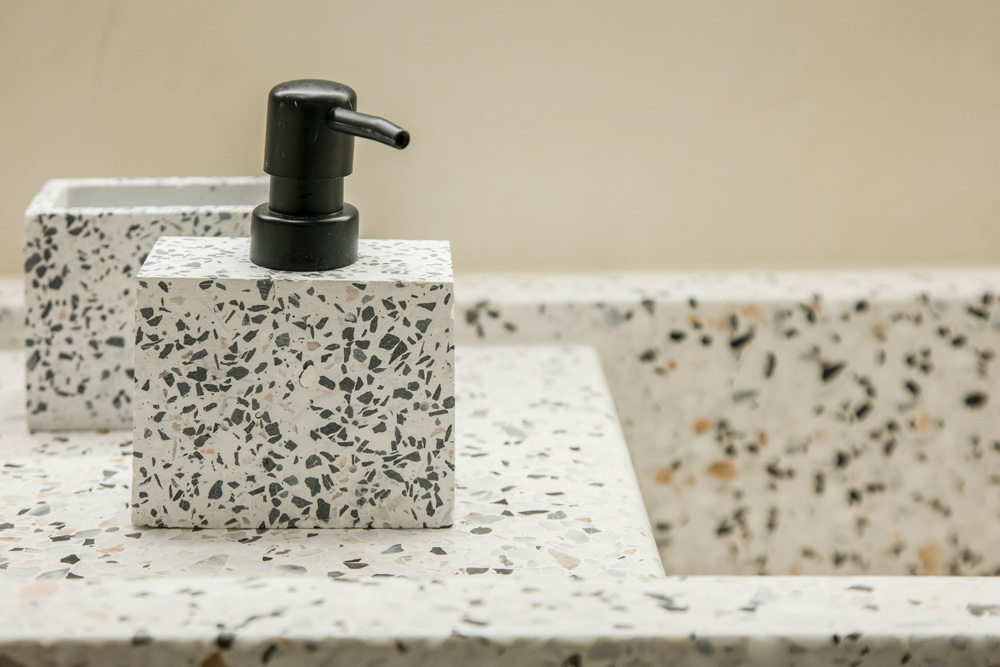 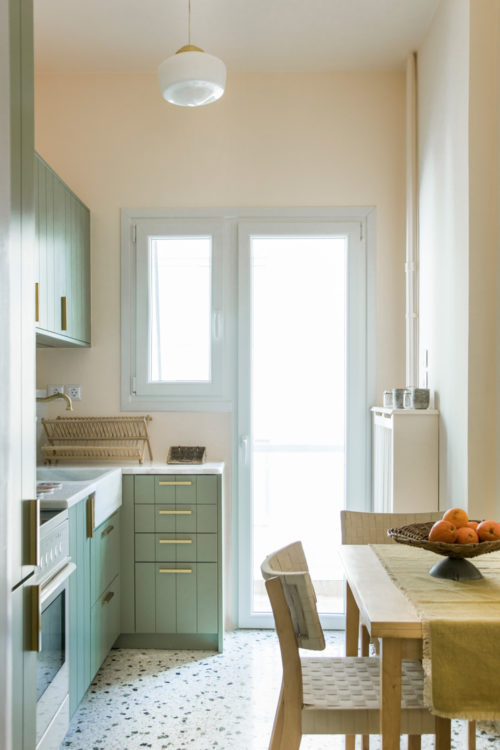 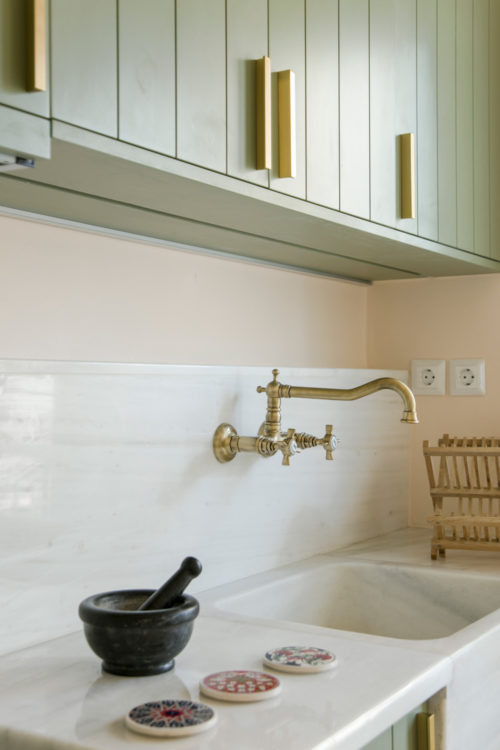 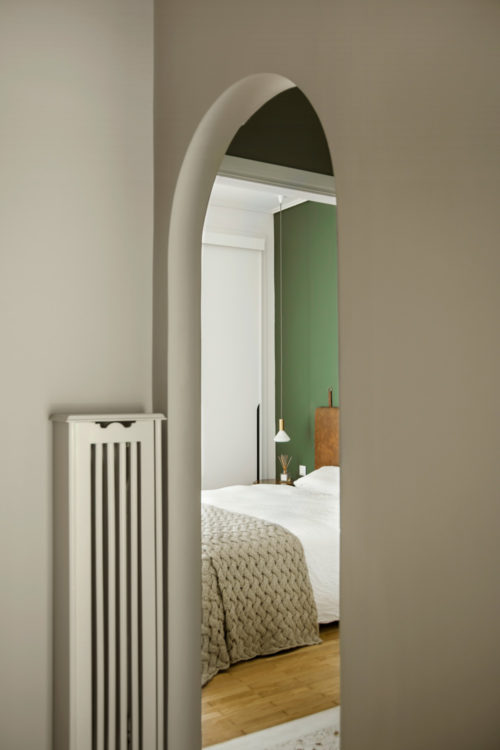 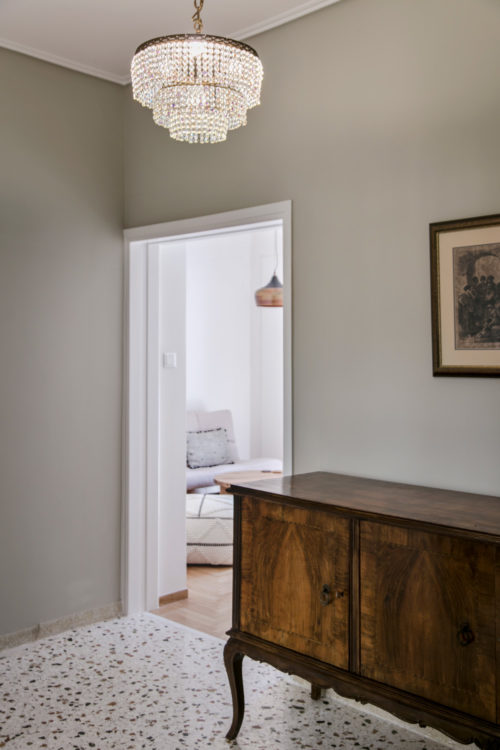 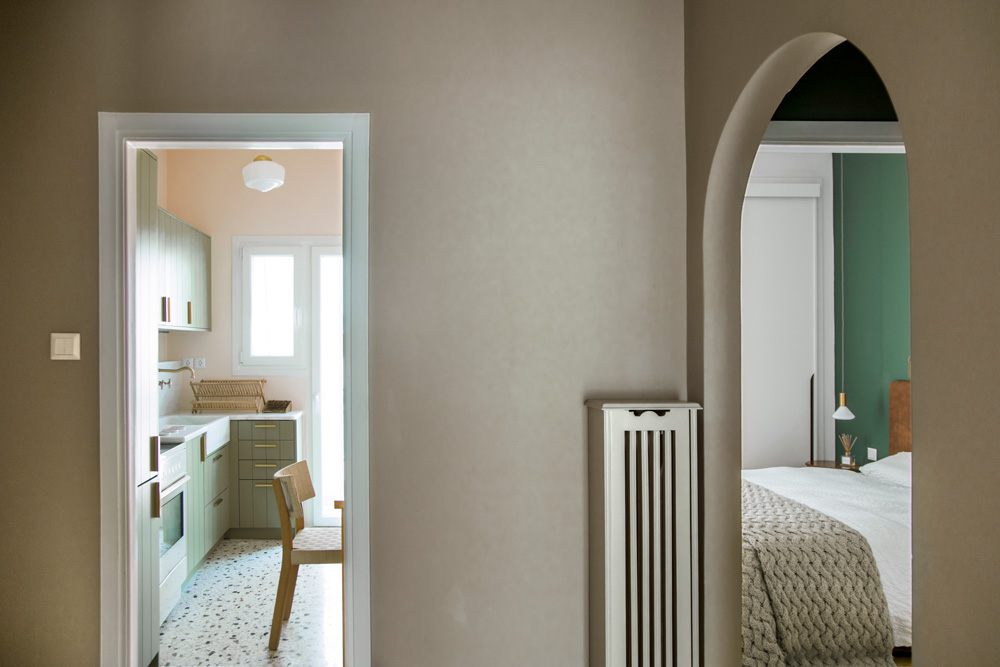 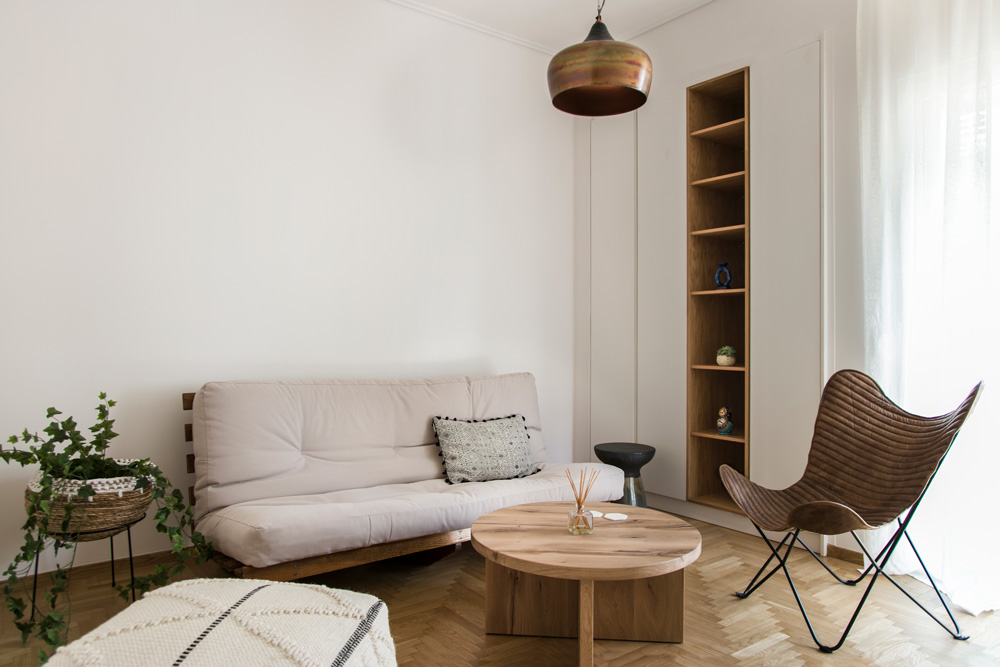 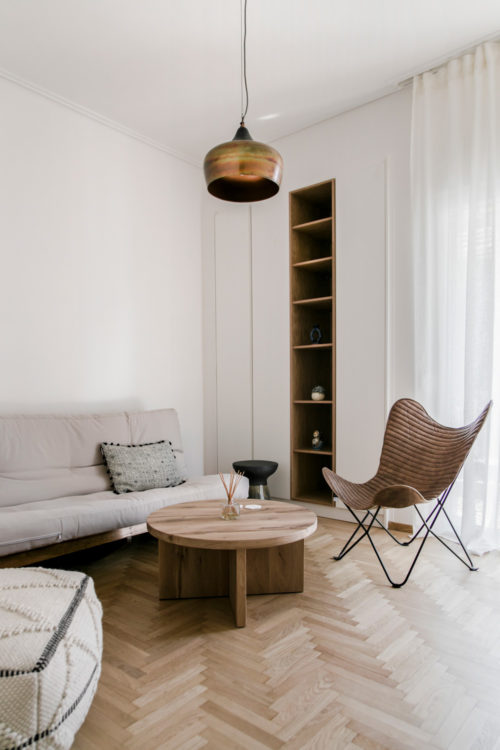 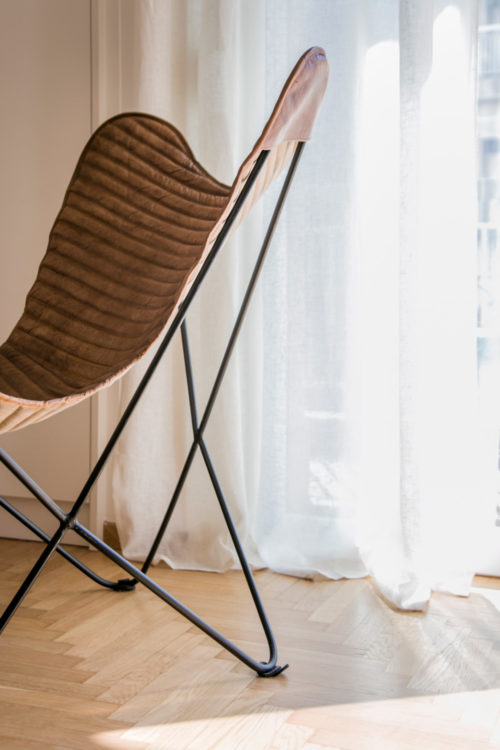 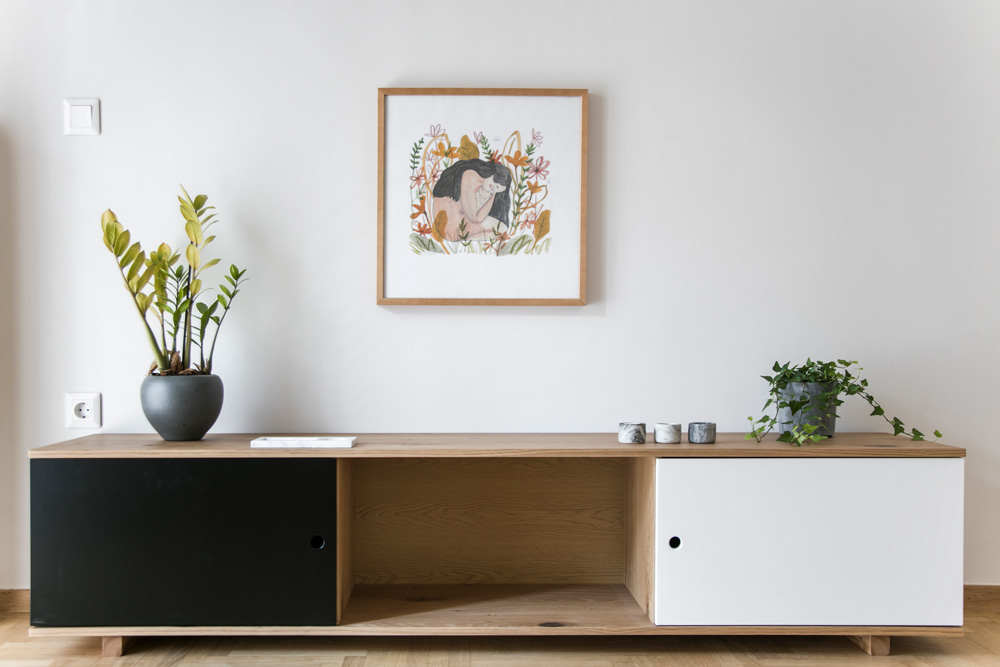 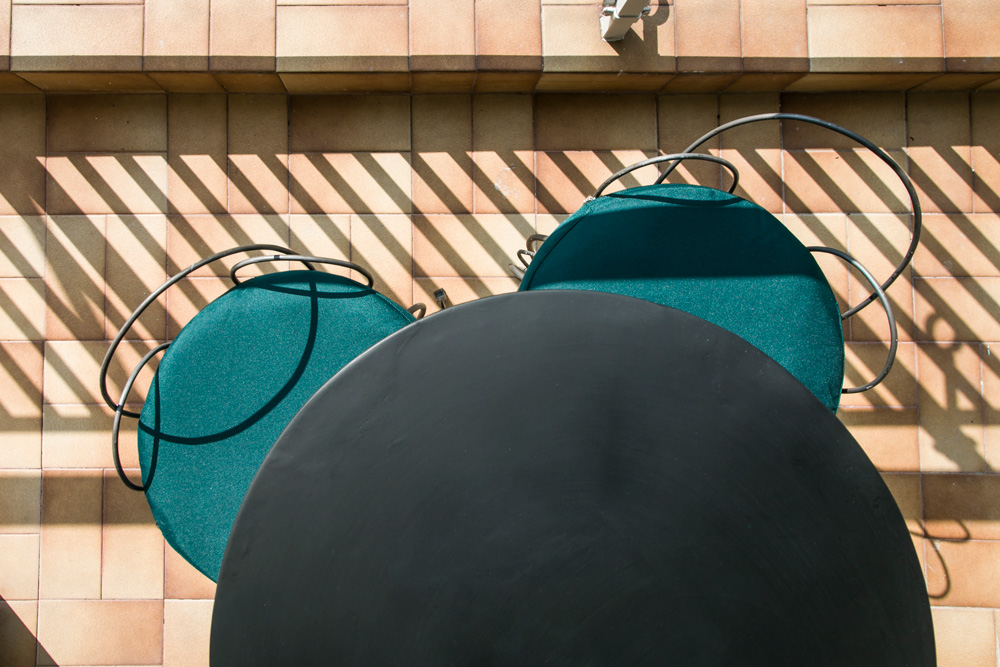 Eclectic Cluttered London studio by Normless… December 28, 2020 Designed to follow the needs and unique aesthetic of a design lover, this 37 sqm studio in Islington, is the synonym of refinement and luxury. Comprising an entrance hall, bathroom…

Hellinikon apartment by KKMK Architects September 7, 2020 KKMK - Karagianni Karamali Architects have renovated an apartment for a couple of musicians at Hellinikon, Athens. The apartment is located next to the former airport of Athens, which is…