In a typical Athenian apartment building of the ’60s in Kolonaki, architect Constantine Bouras renovated this apartment, with respect to the building’s period and special attention to materiality.

The apartment is used as a pied-à-terre by its owner when in Greece. The owner’s love for plants makes the green element a protagonist in this otherwise minimally furnished apartment, rendering it a space for decompression and creating the feeling of an indoor garden as a continuation to the green of Lycabettus Hill, seen from the balcony.

The main purpose of the renovation was to preserve and restore the original morphological elements of the space, from the wooden frames and the herringbone parquet to details such as the front door handle.

The wooden floor, which had suffered considerable damage over the years, was restored to its original condition, while a patch of terrazzo was preserved where once used to be a narrow corridor. In the auxiliary spaces of the apartment, contemporary materials were used, creating a contrast with the pre-existing elements: epoxy resin flooring in the kitchen area, which was expanded linearly by connecting it with the adjacent maid’s room, and polished concrete in the bathroom.

The fact that almost the entire floor plan of the apartment is covered with a continuous parquet floor creates an atmosphere of calmness in the space, which is amplified by the existence of just a few pieces of furniture, art pieces, light fixtures and objects, and the plants from Kopria, a plant store in the wider neighborhood of downtown Athens.

The light fixtures make up an eclectic mix of vintage lamps bought in flea markets, objets trouvés and a collection of contemporary lamps by Artemide. A floor lamp by Japanese fashion designer Issey Miyake creates light and shade nuances in the hallway, while the existing old-fashioned spherical glass sconces in the auxiliary spaces were paired with contemporary light fixtures of the same geometry. 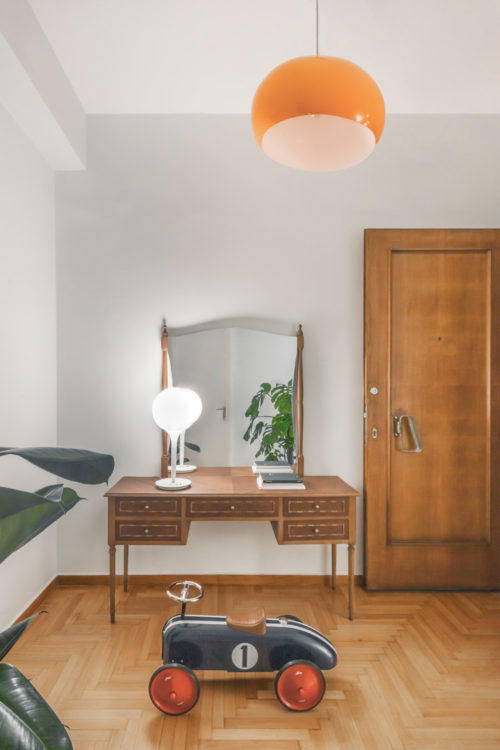 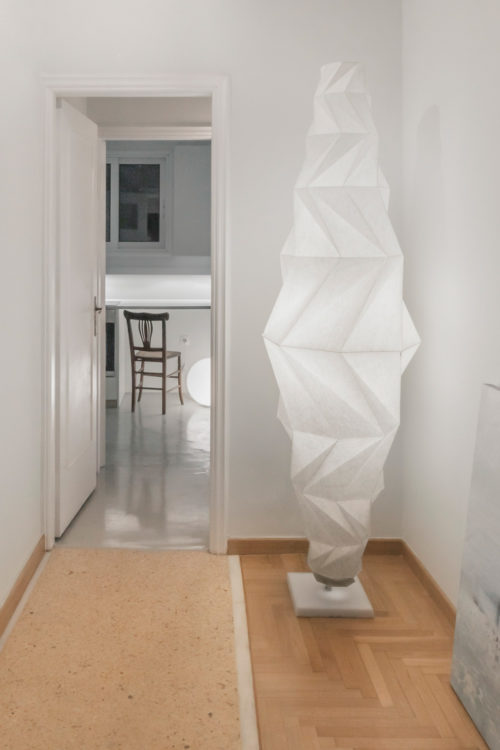 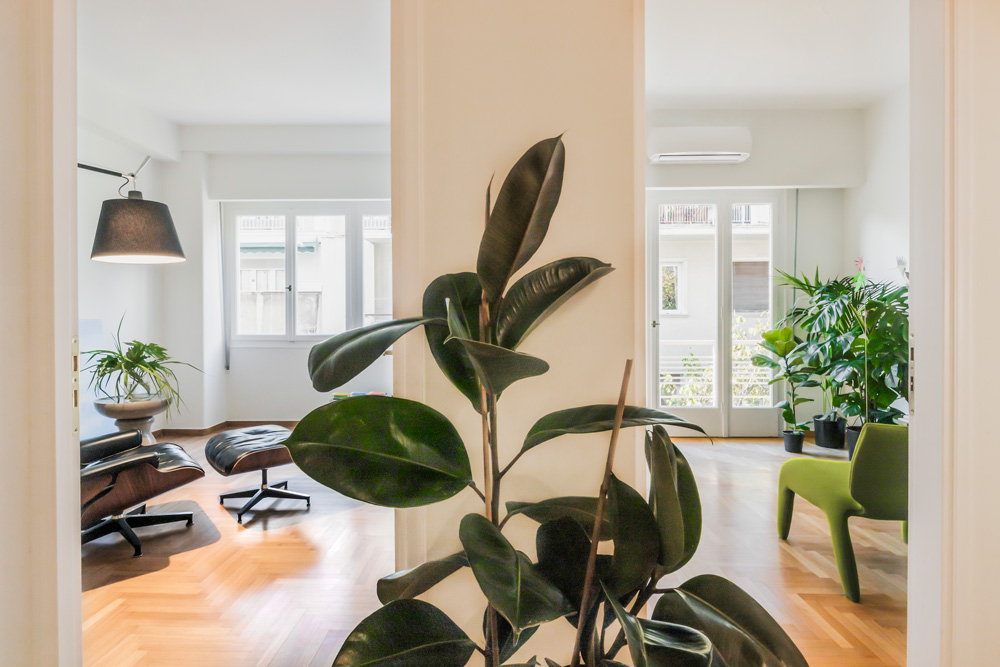 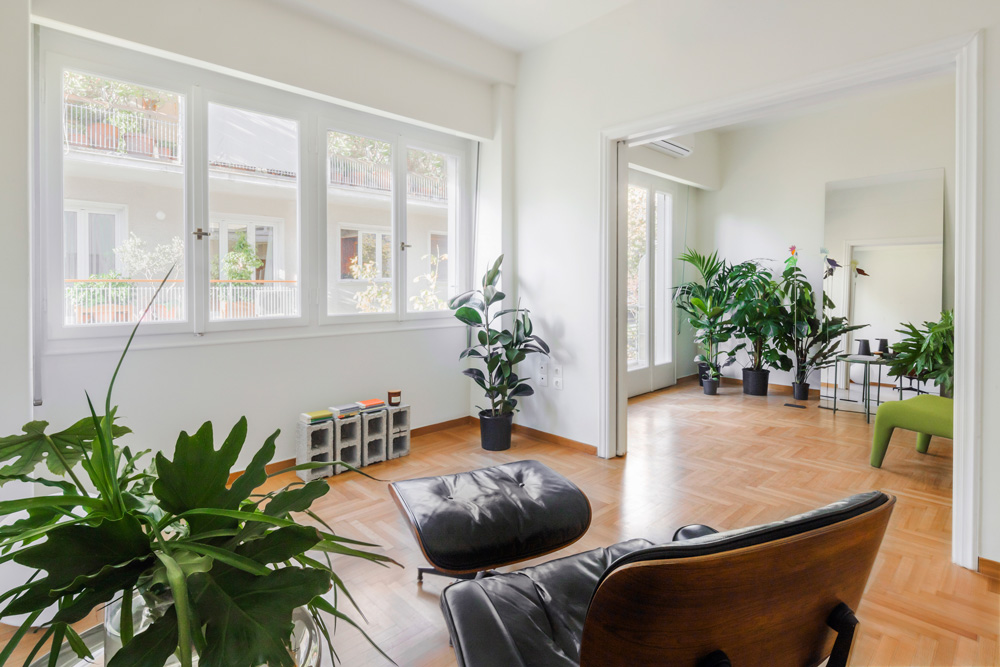 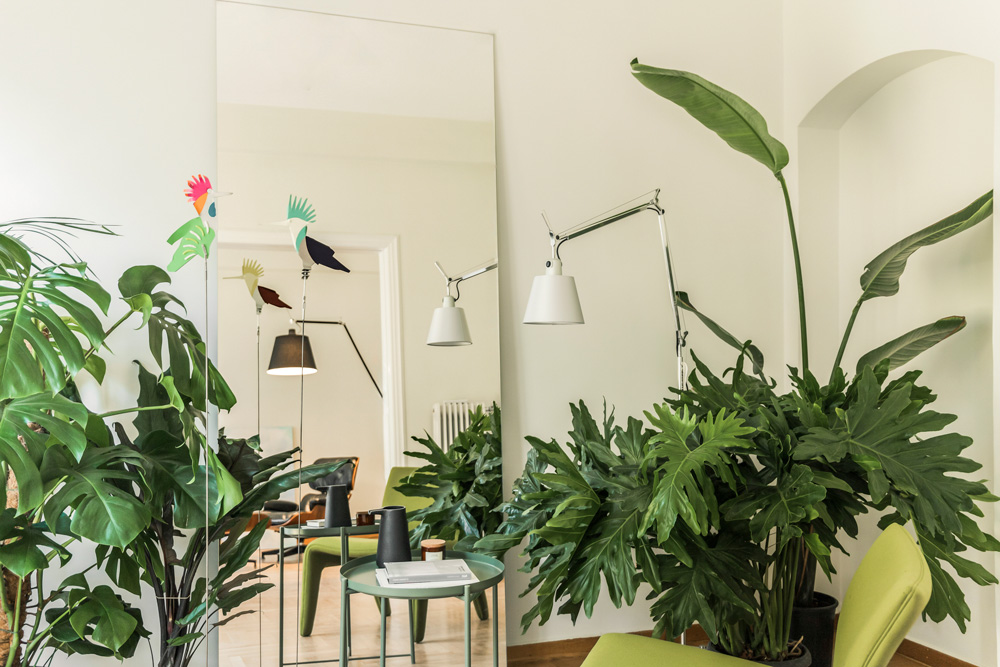 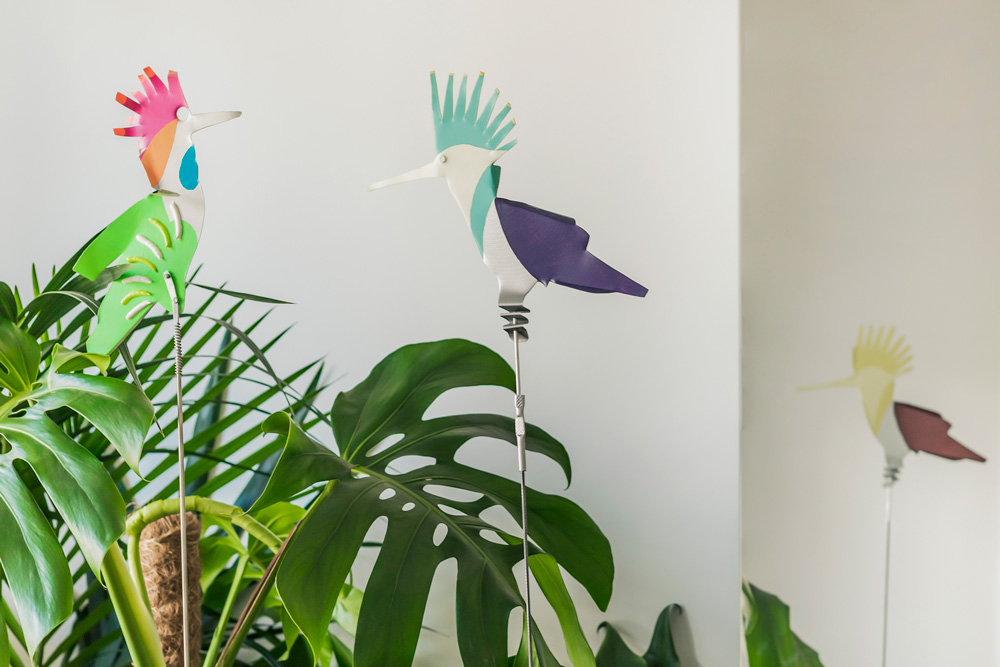 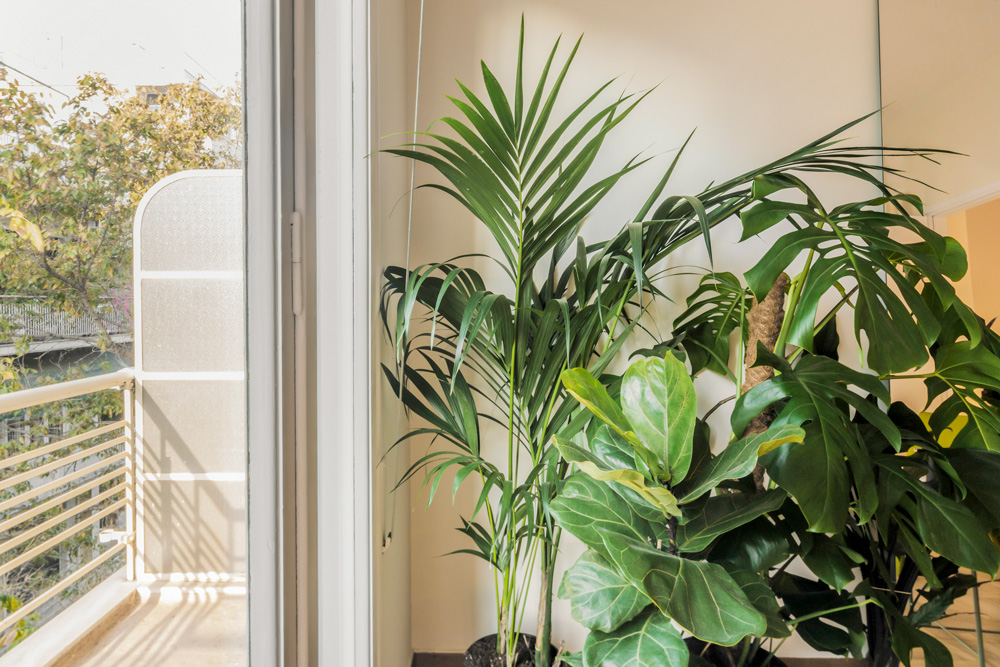 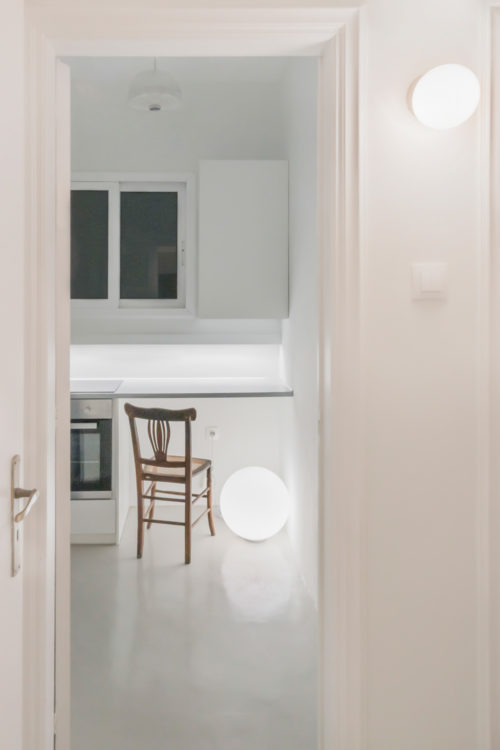 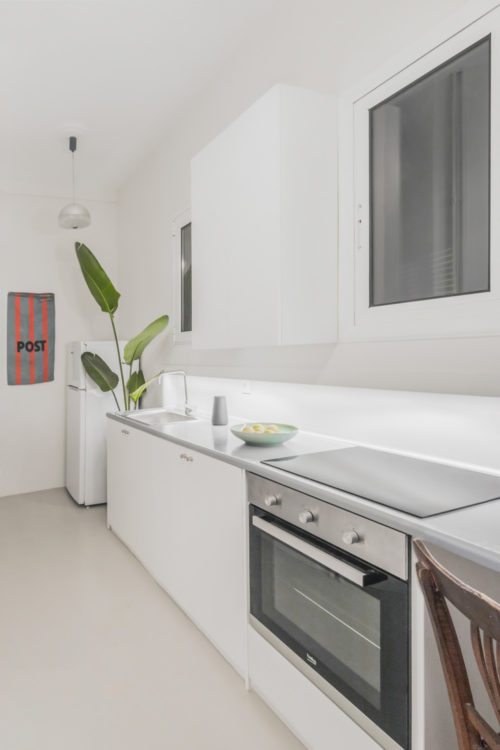