Rattan is a bar-restaurant which is located on the main road of Faliraki in the island of Rhodes. In Faliraki, the architectural anarchy and aesthetic confusion, which are easily perceived when visited, are dominant; this fact however, does not prevent the area of being one of the main touristic attractions of the island due to its really beautiful beaches. The location of the building was totally absent of any interesting characteristics and consequently neither the built nor the natural environment of the wider area could have been used as a source of inspiration for the project. The restaurant actually occupies the ground floor of a building, in the center of an area which is outlined by absolute architectural arbitrariness and ugliness; Its only advantage is its distance from the city of Rhodes as it is relatively close (just 10 minutes by car) and as a result the new restaurant could focus more on the permanent residents of the island without, nonetheless, excluding the tourists or the passing by potential customers.

As a result, the space had to be designed so that it could become a destination for the island’s residents as well as a restaurant which by itself could attract tourists to its location. The main goal of the general design process was the creation of a space where its volumetric components would be a harmonious synthesis interrupted only by “green” and natural elements which also had to play a major role and have clear references to nature and specifically to the tropical garden, trying to give a continuous and at the same time distinguishable flow between the interior and exterior.

The building’s shell, in its original shape, was an unformed, low height interior space, raised by one meter from the sidewalk level, with the advantage nonetheless of a large exterior courtyard in front of the main façade. With the configuration of different levels, the inner from the outer space was delimited while at the same time maintaining a flow that unifies them. The exterior pergola, which primarily was intended to shade all levels of the front part, was designed in such a way as to create a considerable high volume outside of the building that unifies the volumetric disparities and creates balanced facades of the overall structure. Furthermore, there were placed vertical wooden blinds on the lateral sides of the terrace in order to both direct the customers’ view towards more pleasant points and also camouflage, to some extent, the ugliness of the neighboring buildings, while at the same time shade and protect the terrace from the strong sun of the island. Between the blinds and the building, plants were placed in a linear fashion in order to contribute to an attempt of creating an outdoor garden feeling but even more in order to create a natural filter against noise and air pollution and to cool the terrace during the very hot Greek summer. Two bars on different levels were also designed; the first one in the lower level which functions as the main cocktail bar and the other one at the highest level by the open kitchen which serves as «delicatessen».

Regarding the materials and colors of the overall design, vertical and horizontal surfaces in earthy tones, with the use of wood as the dominant construction material, surround lighting fixtures and furniture made of rattan of different types and weaving. All these elements together create a composition of wood and rattan which is only interrupted by the diversity of tropical plants and colorful fabrics which create an illusion of some kind of a tropical “paradise” that charms the visitor and defines the “Rattan” restaurant’s mystery. 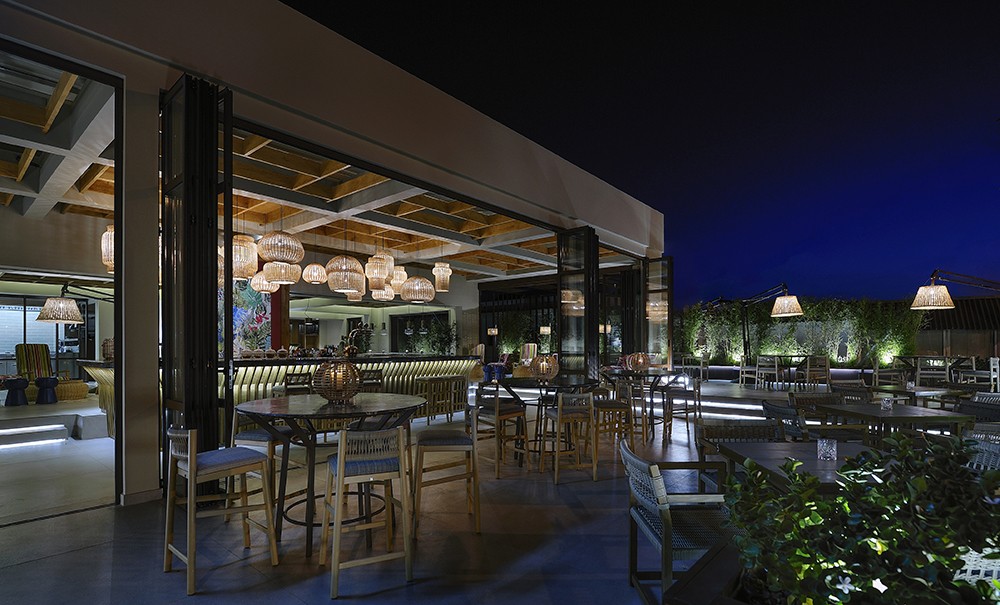 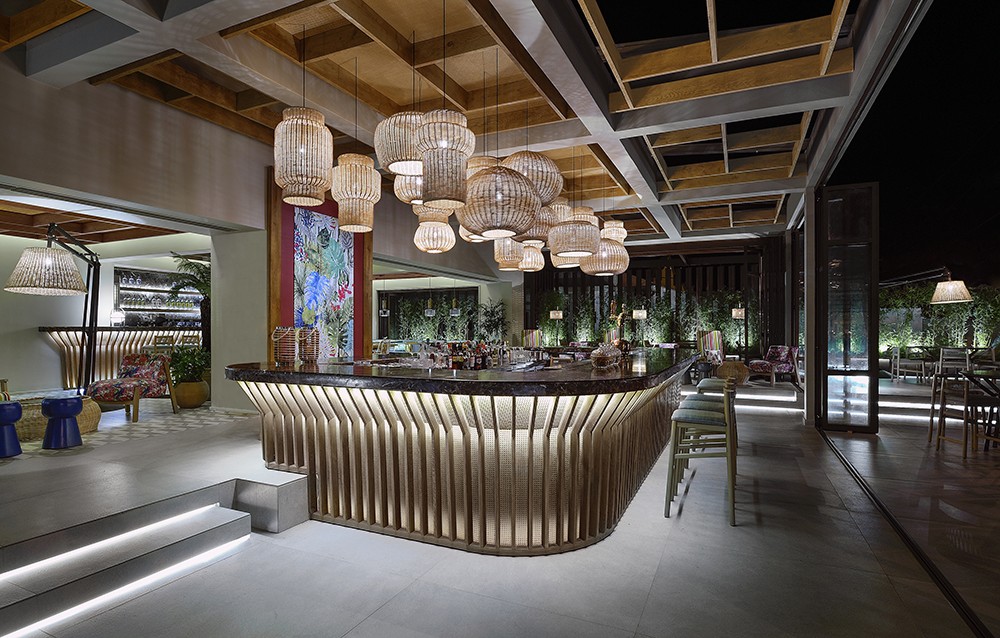 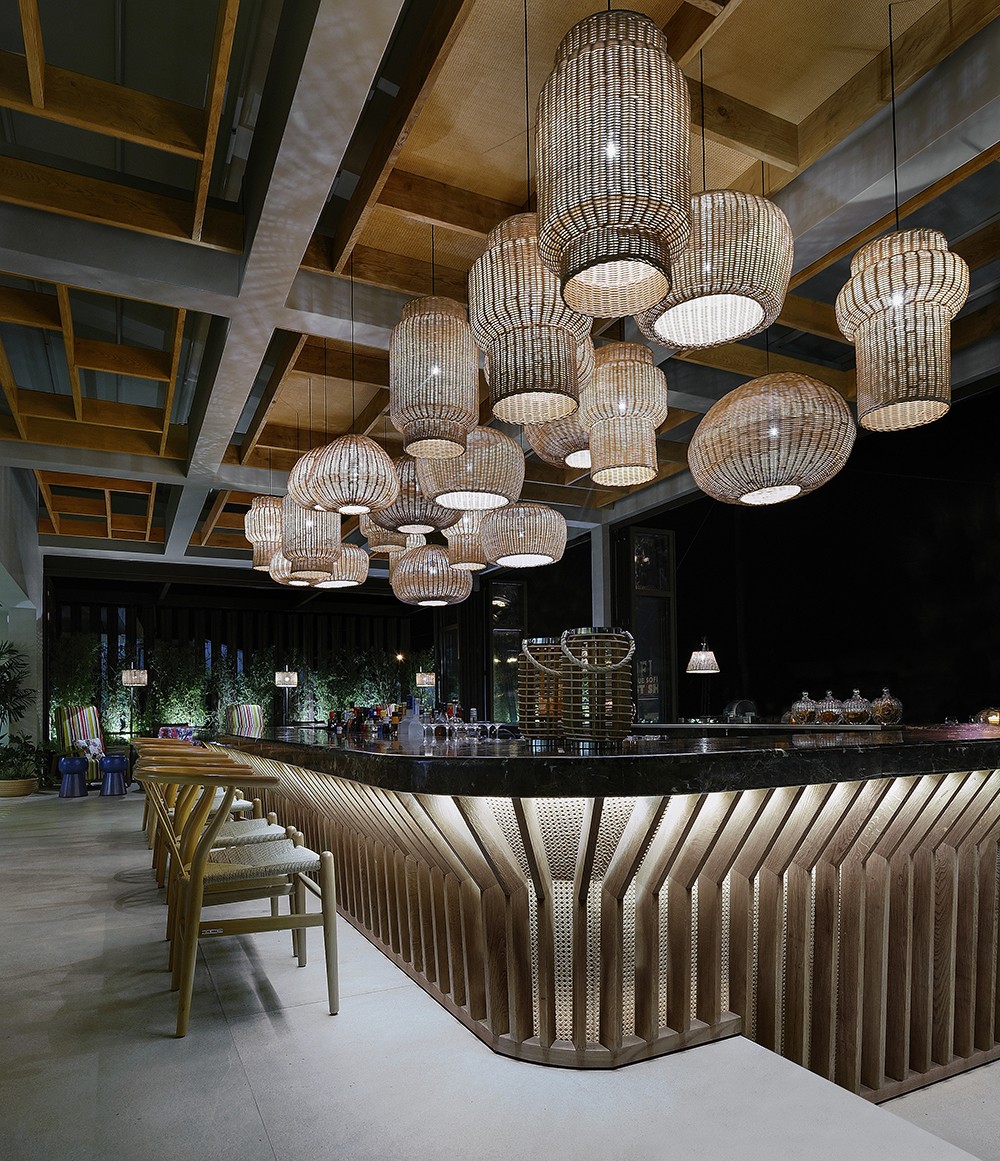 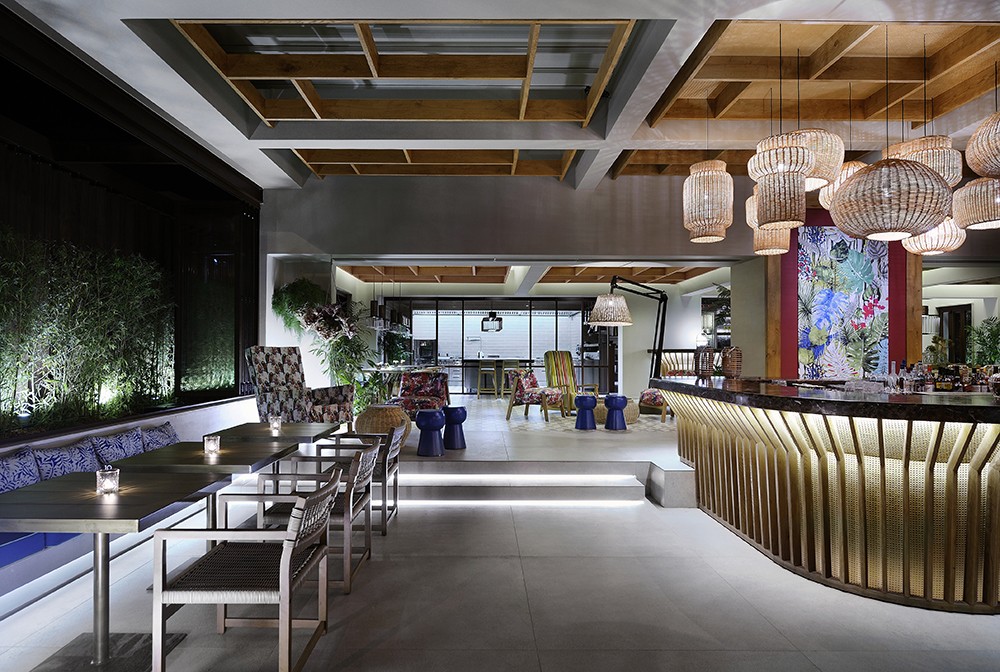 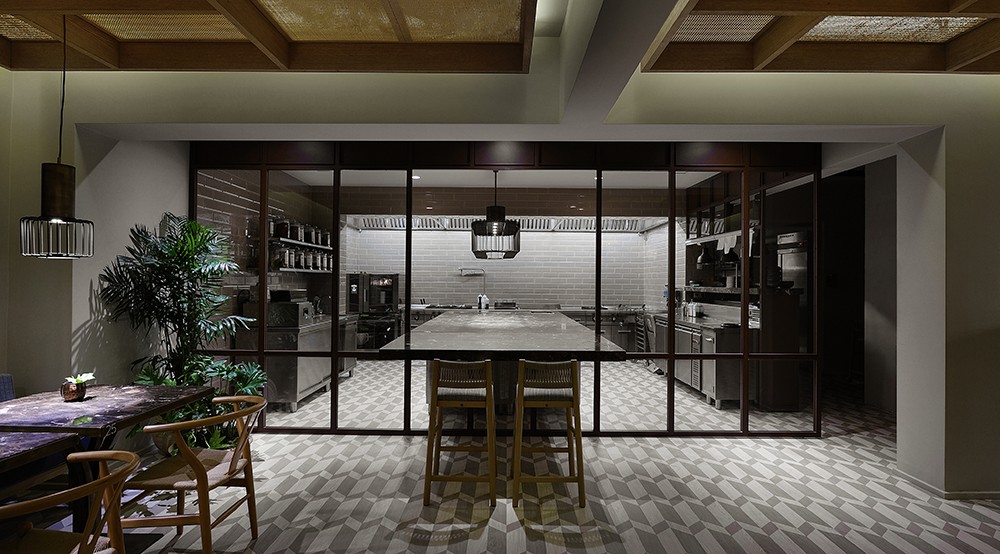 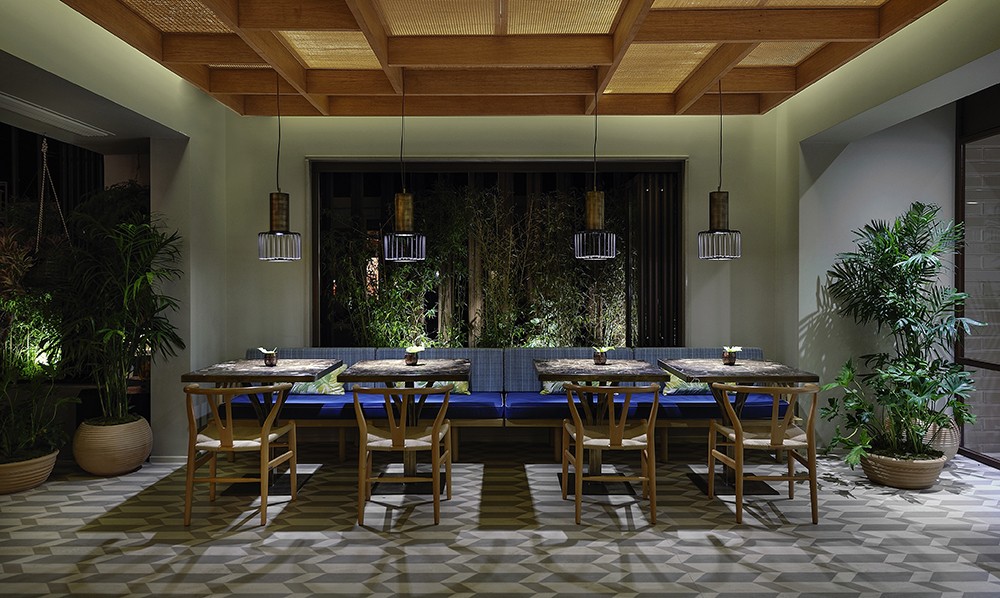 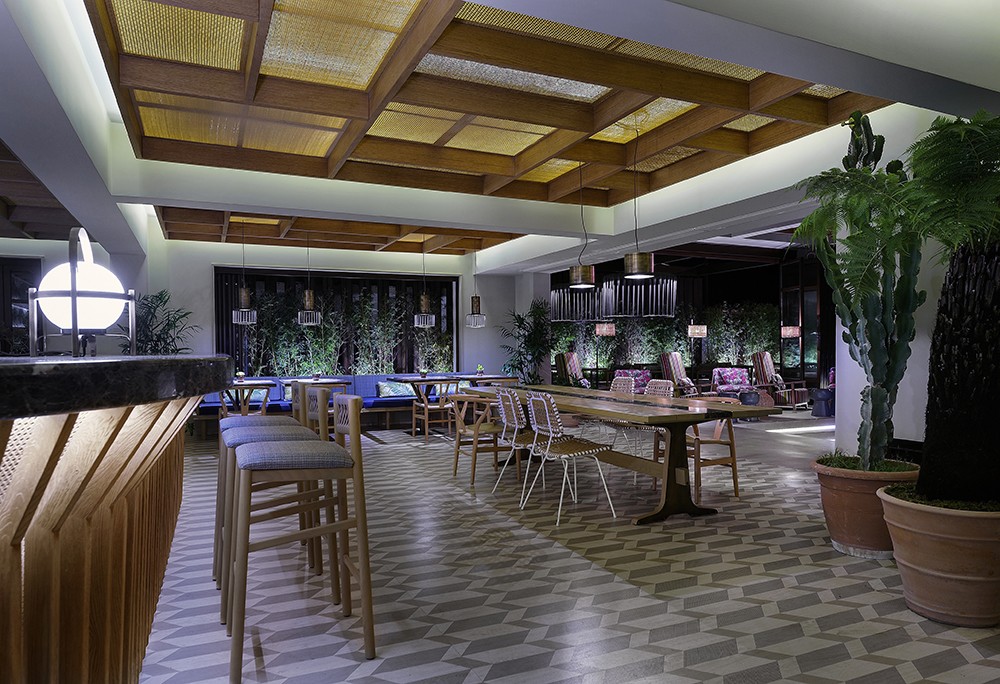 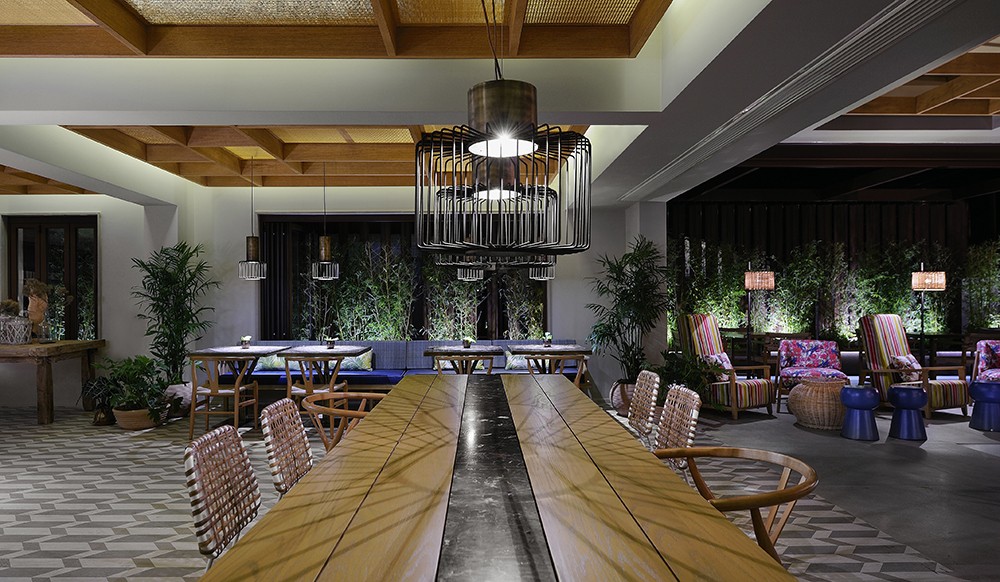 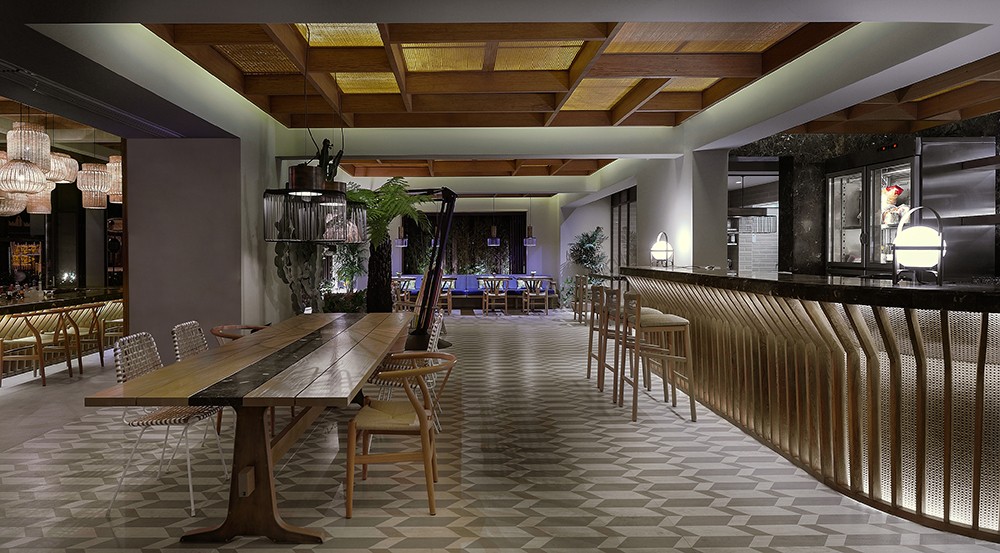 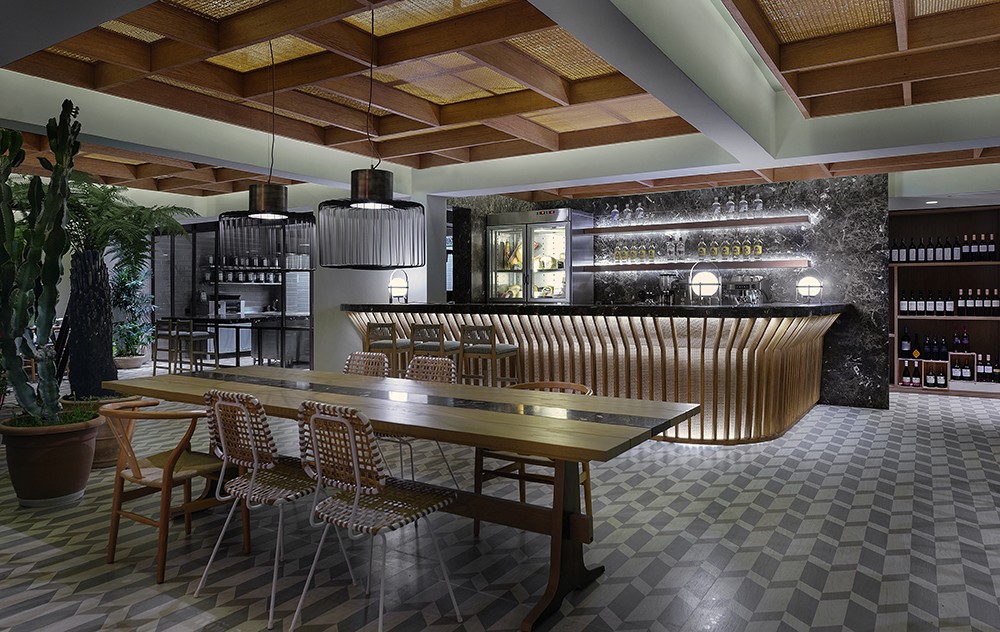 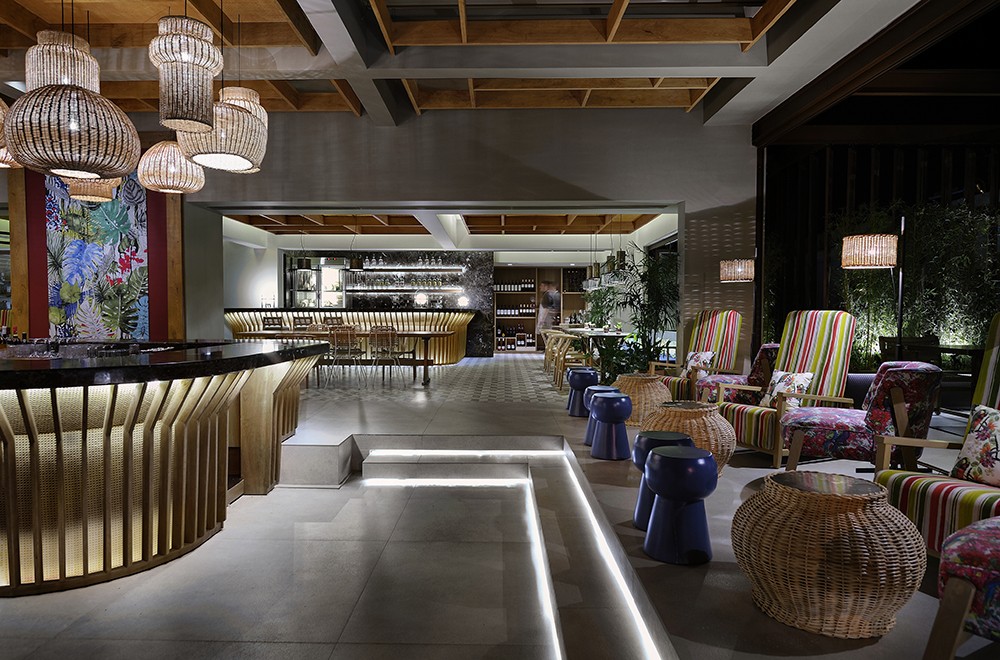 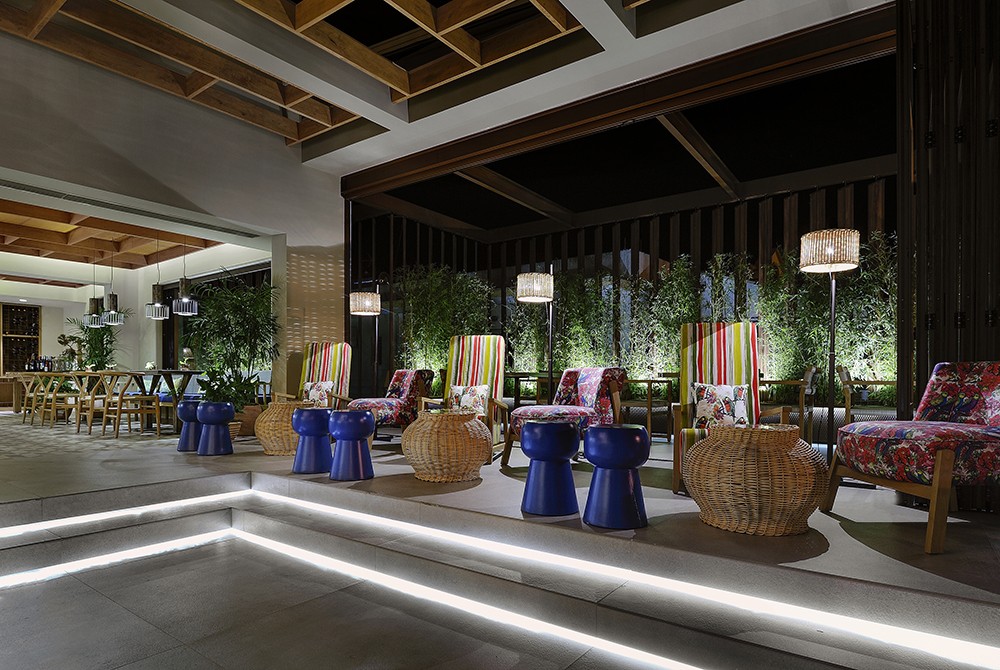 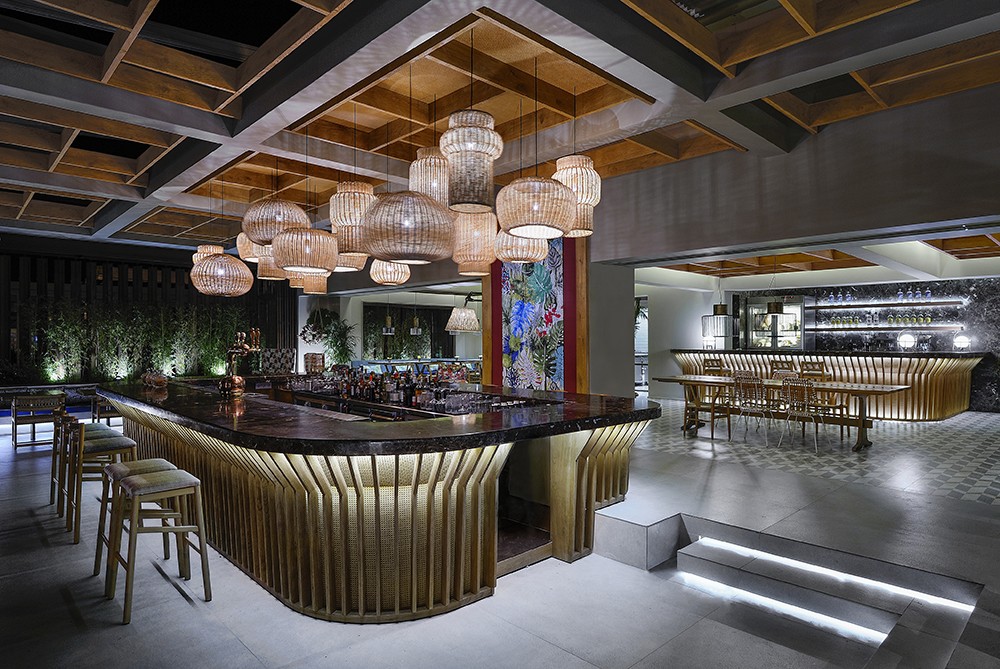 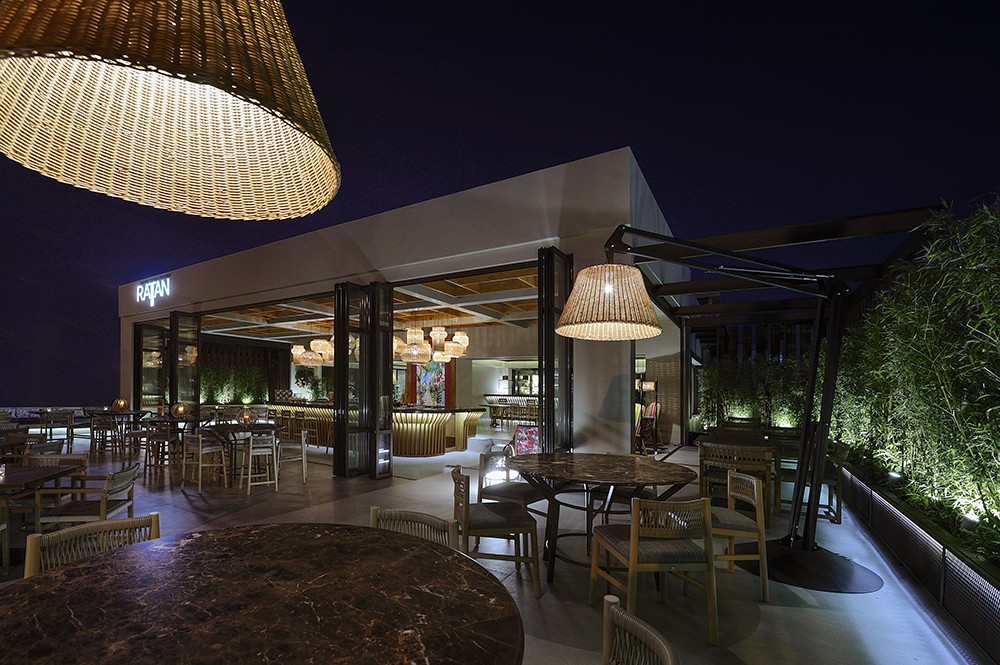 ‘Local Green’ healthy food restaurant by Km… April 28, 2020 'Local Green' restaurant is located on the ground floor of an office-building in Athens city center. The store frontage faces a public walk-through portico, while the wide sidewalk in front…

"The Gaze" house in Paros island by React Architects… June 14, 2020 The plot is located in Laggeri, Paros island. It has a north-facing sea view. The house is located along the south side of the plot, overlooking the beach. The volumes…