KLab Architecture created a dynamic, ‘living’ facade for a building in Glyfada (Athens), made of wooden pallets that open and close independently, according to climate conditions. The architects aimed at creating a modern identity for the building, using ingredients familiar and natural, such as wood and cement. As the building is located in one of Glyfada’s main streets, they also sought to propose something new and innovative, that would nevertheless be familiar to passers by. The pallets create a low-maintenance energy shell that can be changed according to the time of day and season. They open and close using metal frames and electrical lifting cylinders. In both the closed and the open position, they allow natural light and ventilation inside the building, while functioning as vertical blinds which protect it from increased solar gains in the afternoons. By placing them in the southwest, west and northwest parts of the building facades, they act as passive solar cooling systems, thus helping achieve indoor thermal comfort and air quality throughout the whole year, significantly reducing the amount of energy consumed. 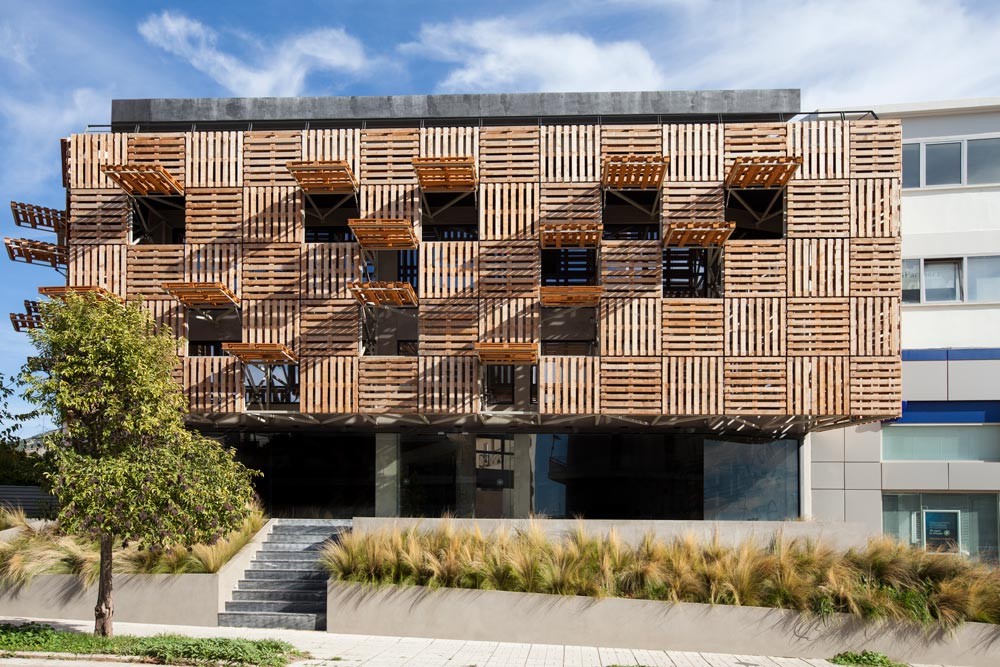 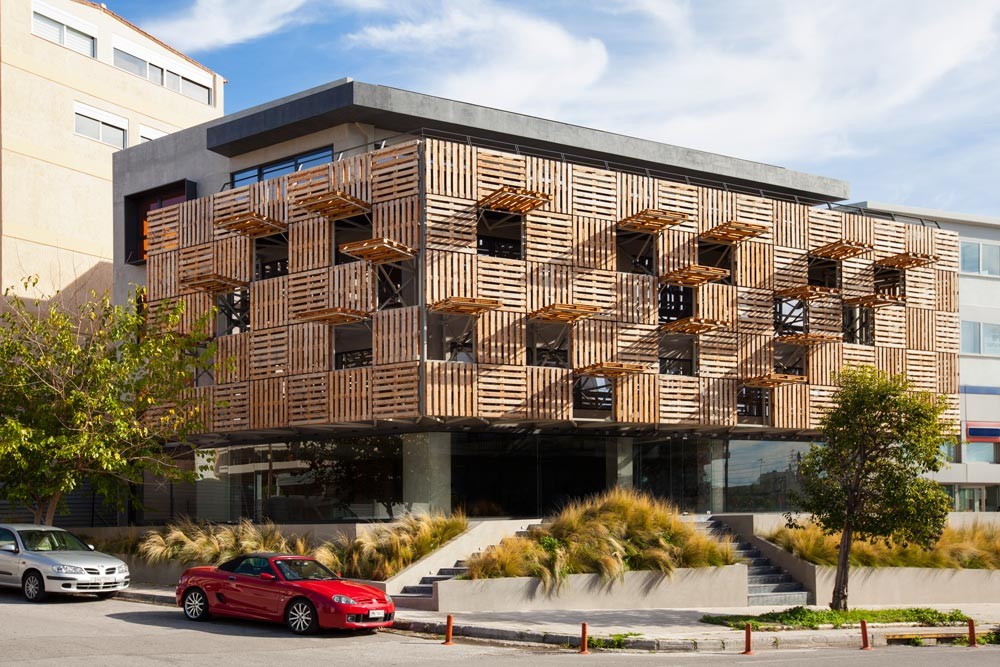 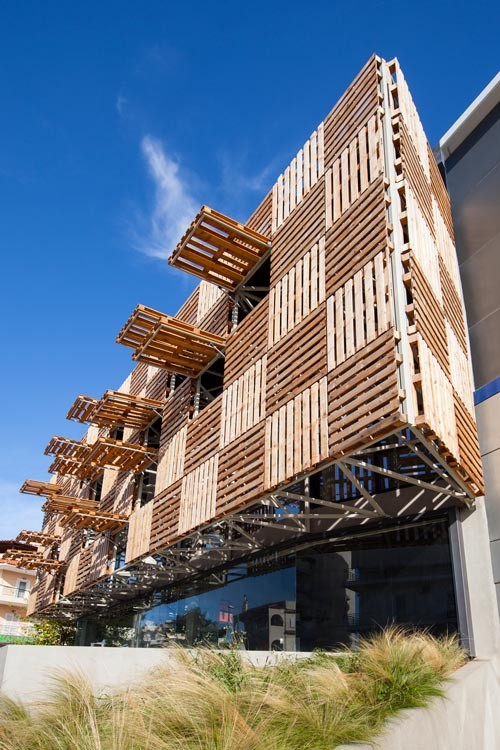 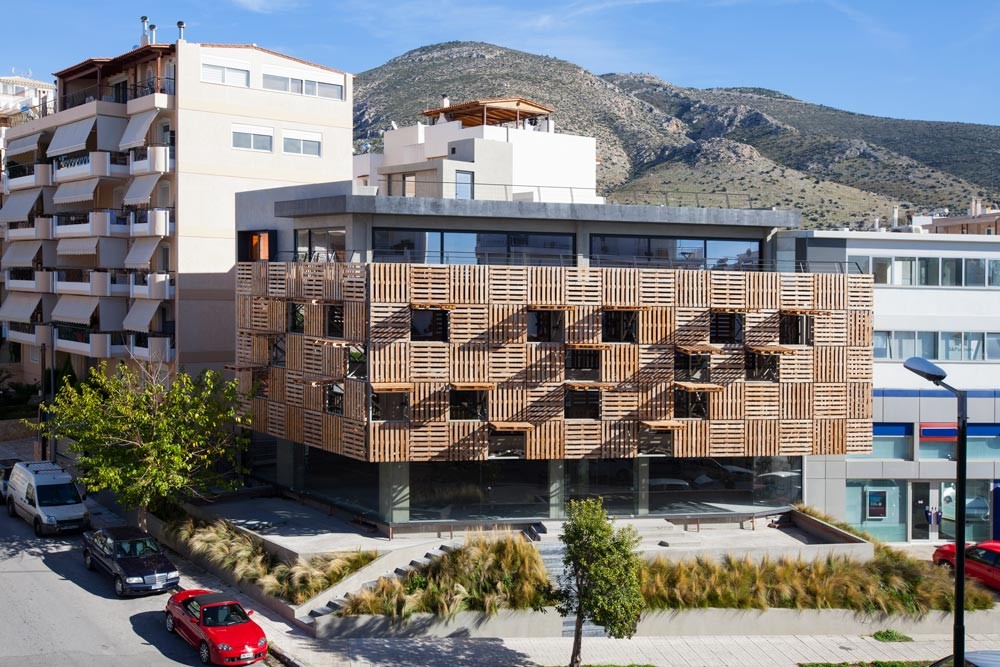 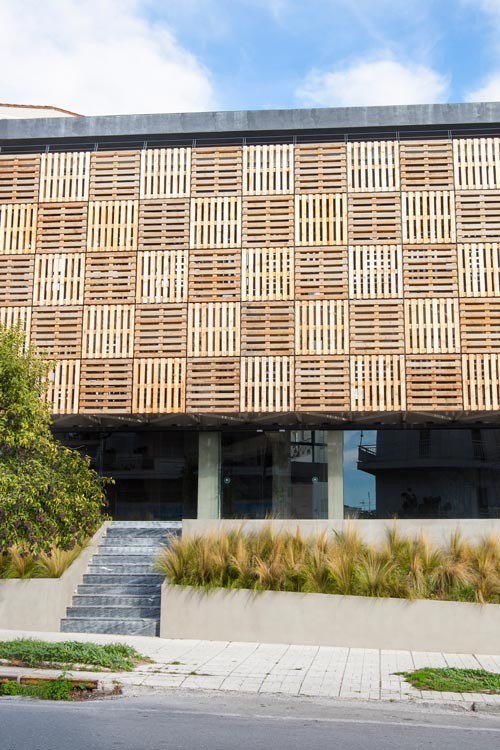 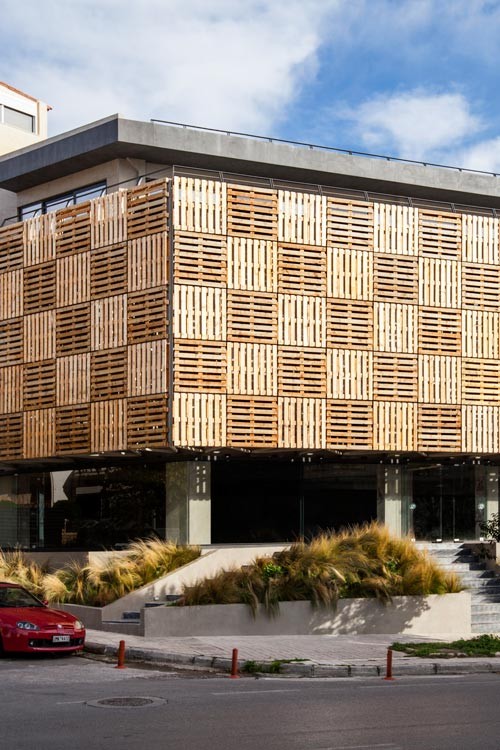 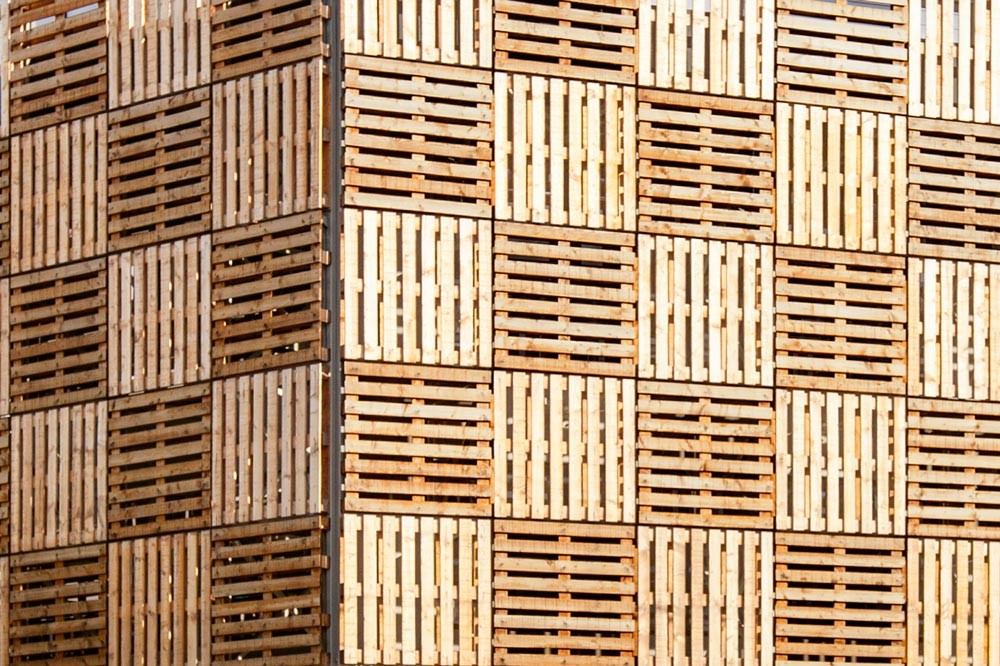 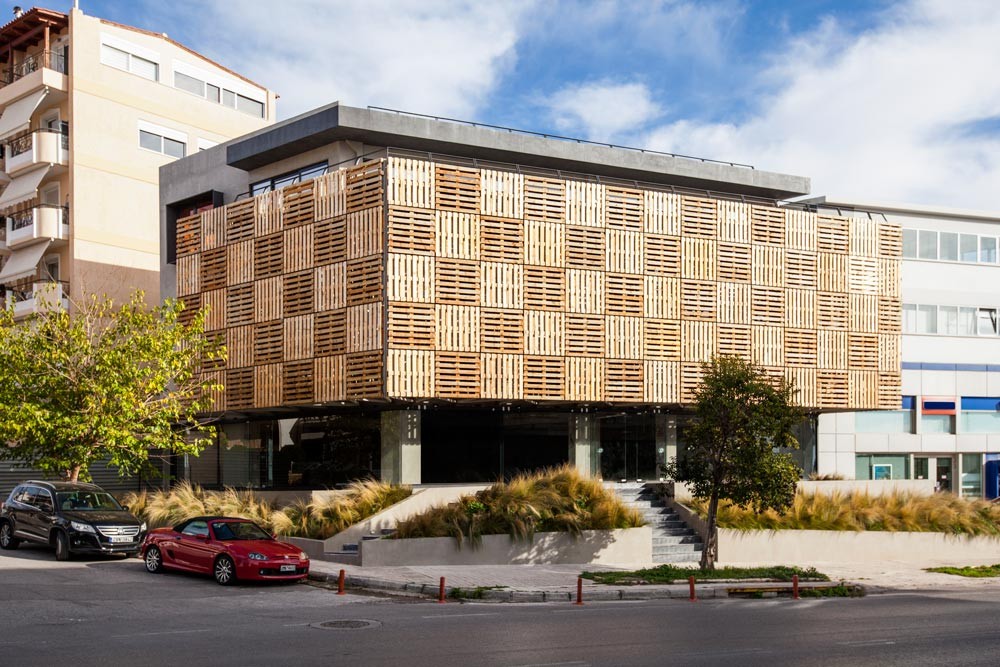 "The Slide" apartment in London by DECA Architecture March 18, 2020 The Slide is a 140 m2, two-bedroom apartment in London, located on the second and third floors of an old Edwardian building. It is a vertical amalgamation which joined two…