After having travelled to Greece for many years to windsurf, a Paris-based French-Swedish couple finally found their dream spot on the windy island of Karpathos.

The search for the perfect site was long, but the minute they saw this amazing property they knew that they had found their place: a dramatic plot of land with open views of the Aegean Sea and direct views of the windsurfers on the beach of Afiarti.

The sparse, untamed and dramatic landscape was the starting point for the design. Every manmade alteration would be visible in this unique lot with its jagged, textured cliffs that descend into the grand Aegean Sea. The question became how to introduce a foreign object – a house – into this spectacular landscape, enhancing its qualities without altering its character. Rather than trying to mimic the landscape, the house is gently placed on the site as an object, leaving the surrounding landscape as untouched as possible. Landscape and building are perceived as two distinct elements that together create a new entity – much in the way a perfect shell merges with a rock over time and gradually becomes part of the rock formation. Two contrasting objects, living in symbiosis, enhancing and complementing each other.

The site has two natural plateaus, one higher and one lower. In order to take full advantage of the views and reach closer to the sea, the building extends beyond the higher plateau, hovering over the landscape. This cantilever effect has a strong presence that augments the full experience of the site both from the inside and out. From the inside, it creates the illusion that the house is hovering over the sea, whilst from the exterior it further accentuates the contrast between the manmade and the natural.

The owners dreamt of a sanctuary in this beautiful yet rough landscape; a place where they could fully experience the magnificent surroundings and a shelter from the strong Karpathian winds. The main programme is arranged in a single storey around an inner patio. A series of different voids blur the limits between inside and out, and an open void through the building connects the house with a large outdoor terrace on the lower plateau of the site. Part of the single-storey-volume is raised to accommodate height differences on the site, creating an independent wing for guests.

The building’s structure is cast in-situ reinforced concrete. The cantilevered portion of the building communists of Vierendeel trusses. The exposed concrete exterior is contrasted with a soft and light interior. The interior makes clear references to traditional Karpathian architecture combined with Scandinavian furniture and a wide palette of materials. The windows, which are of different sizes and character, are carefully placed to frame unique views of the sea and the surrounding landscape. 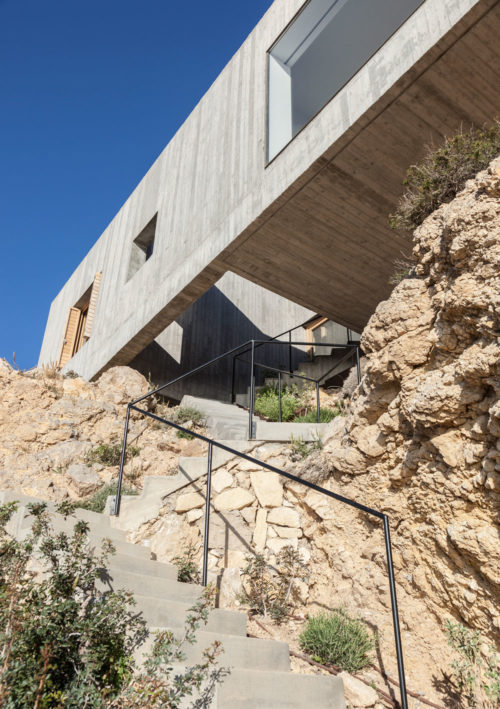 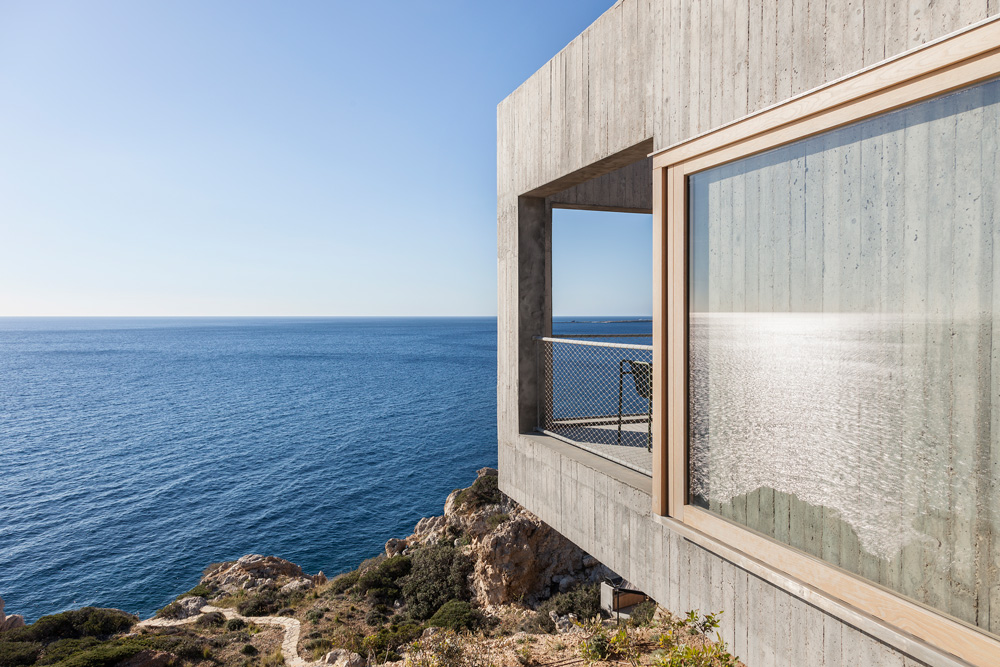 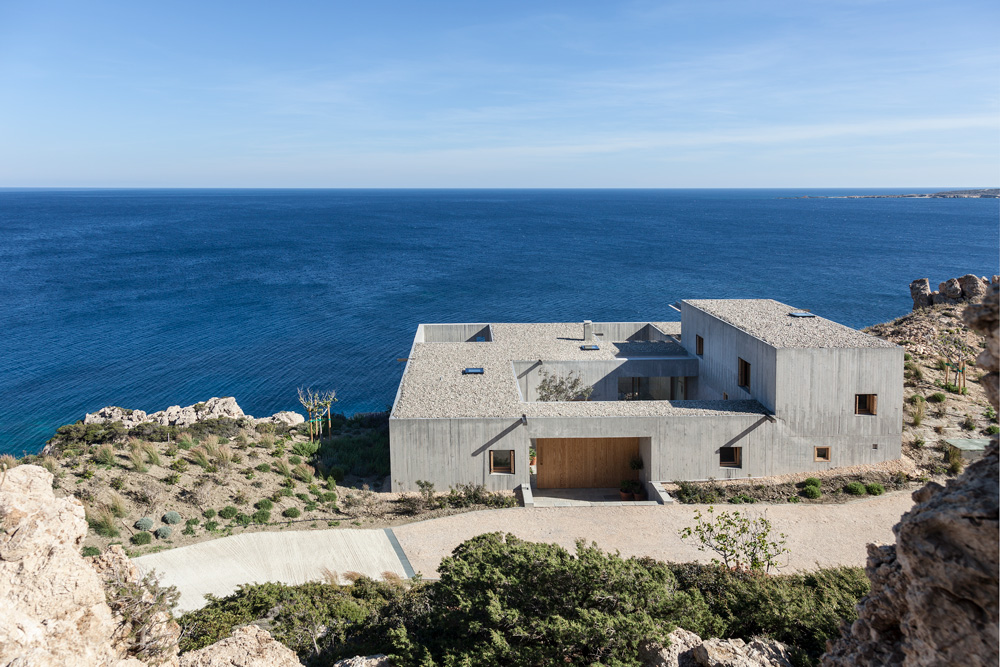 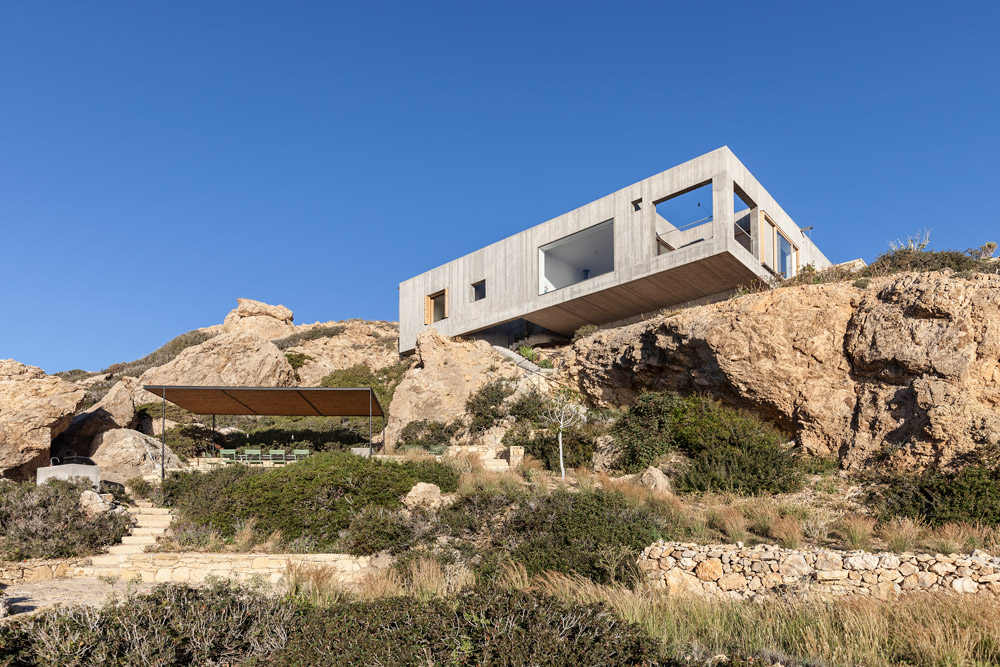 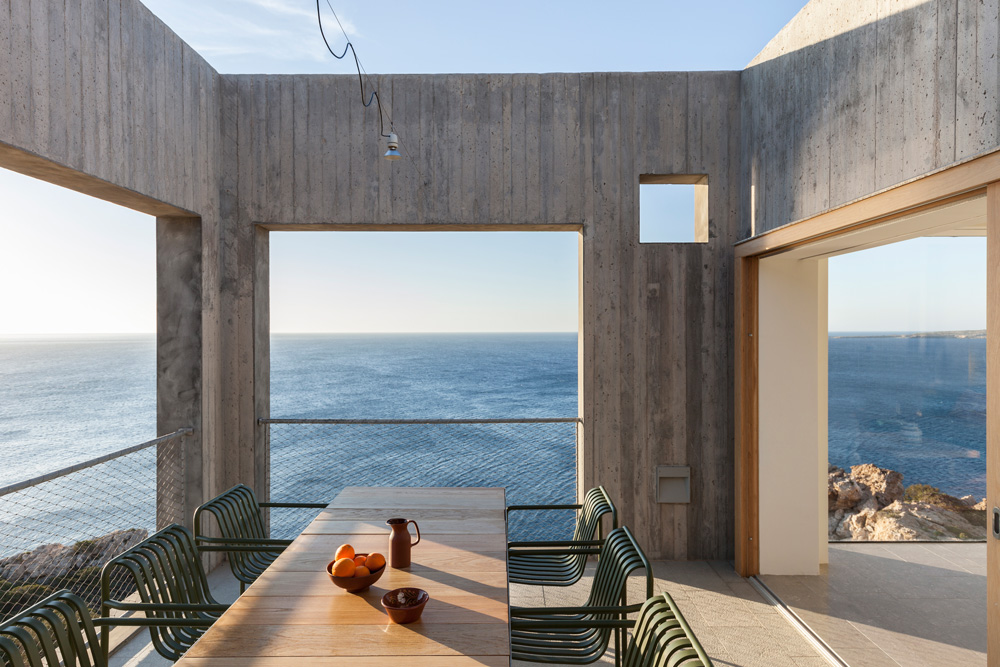 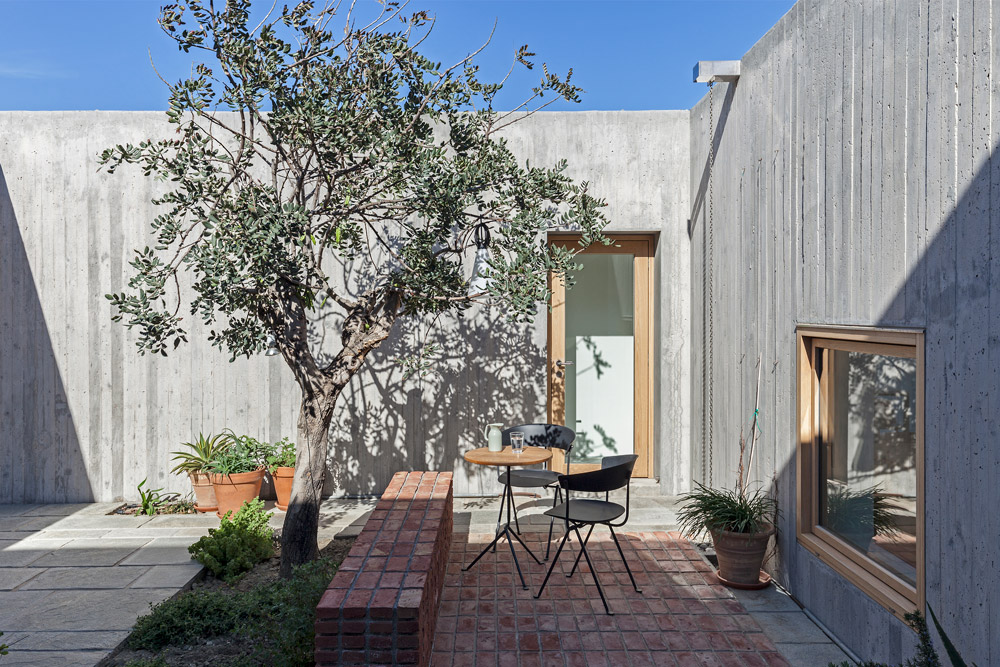 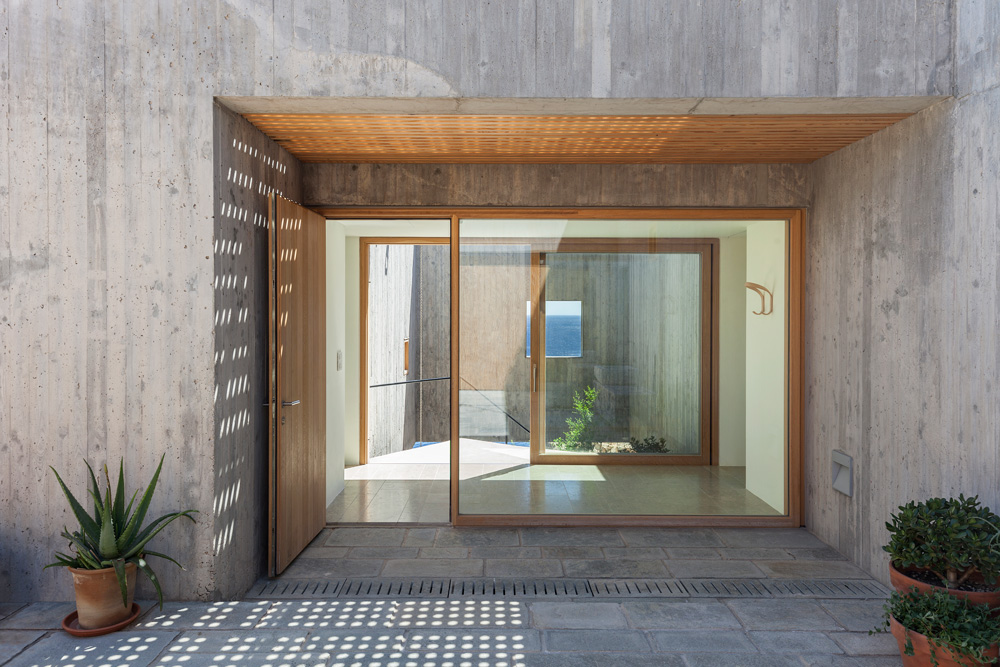 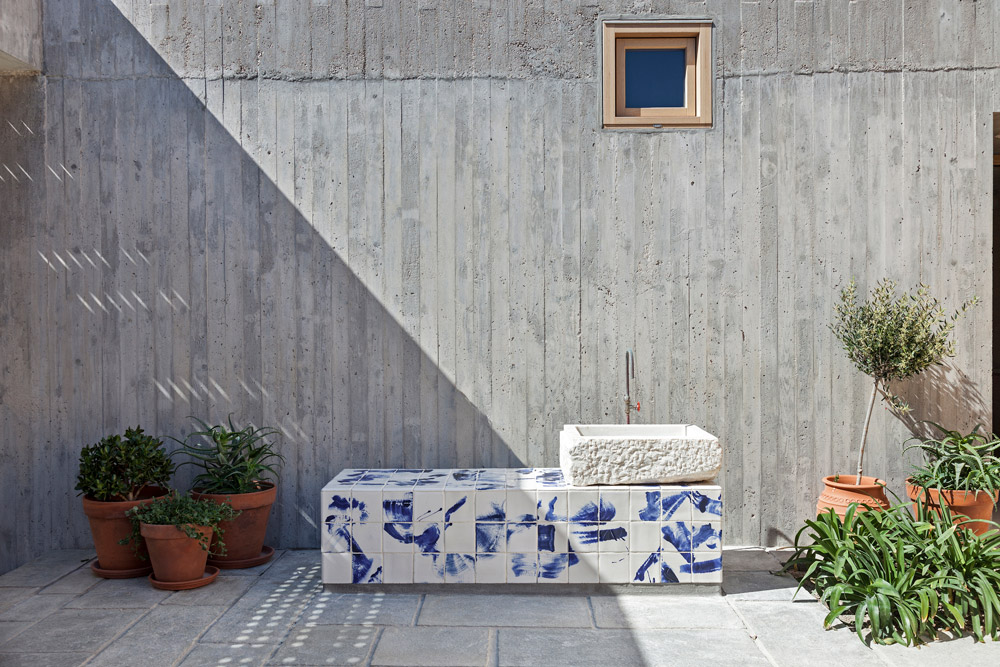 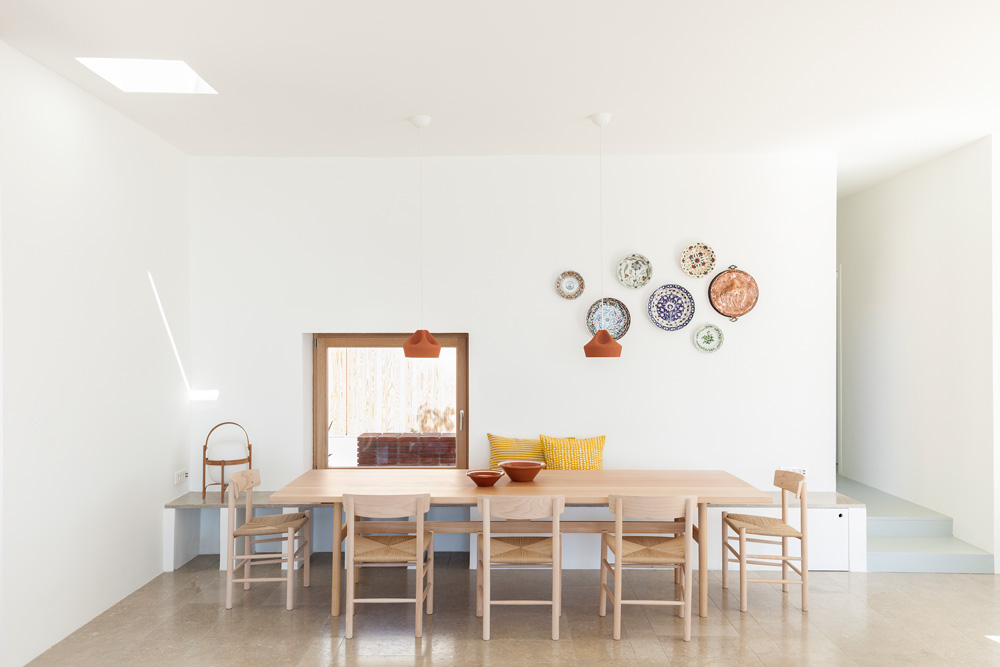 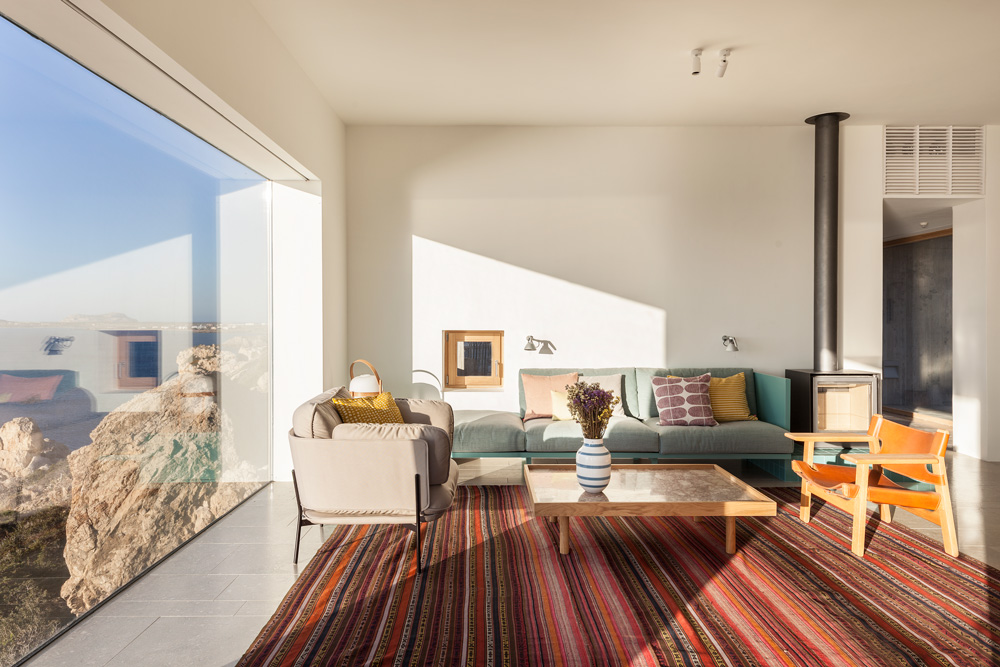 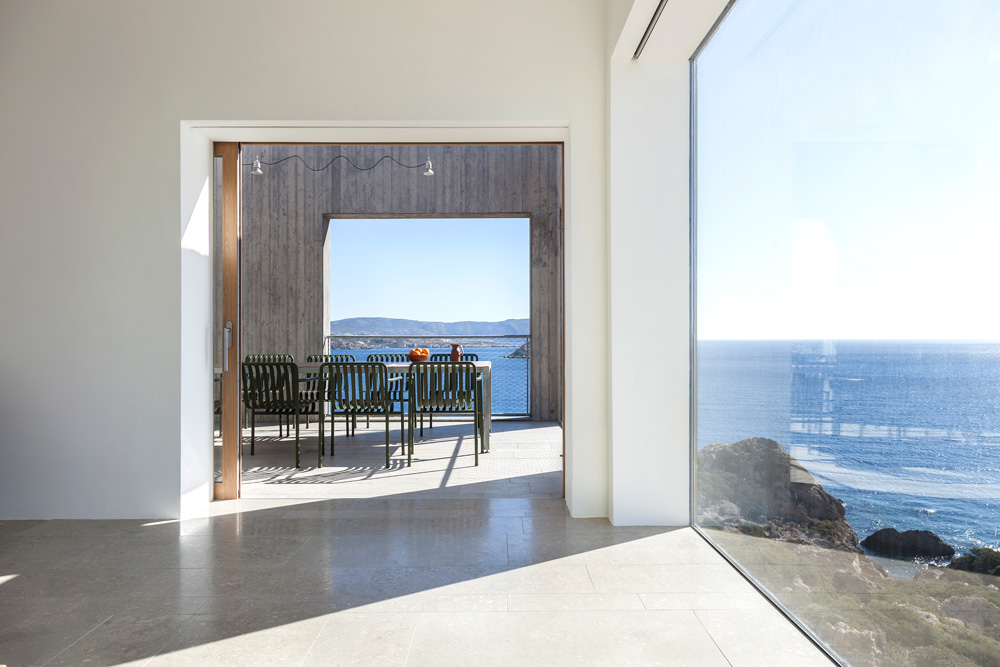 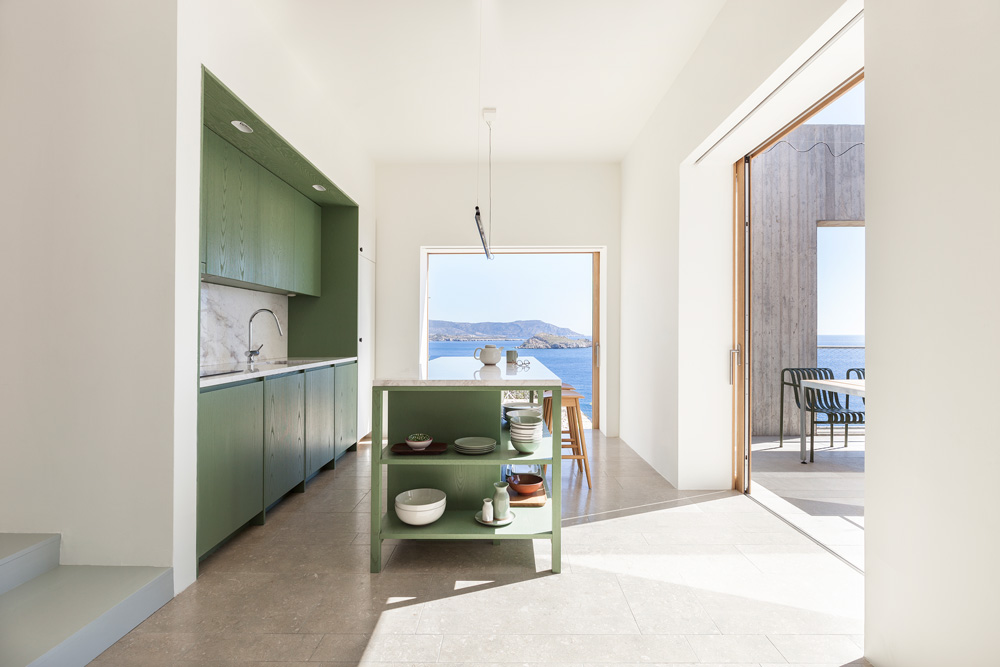 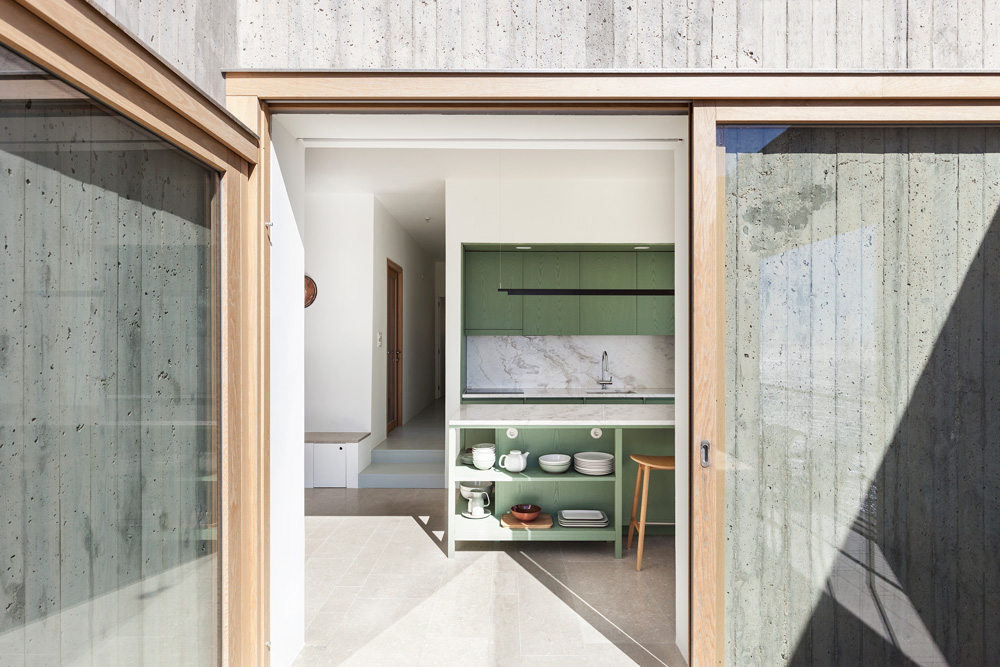 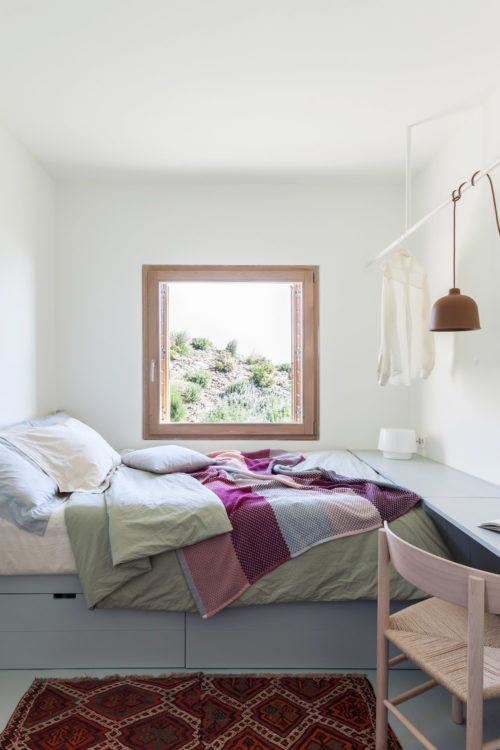 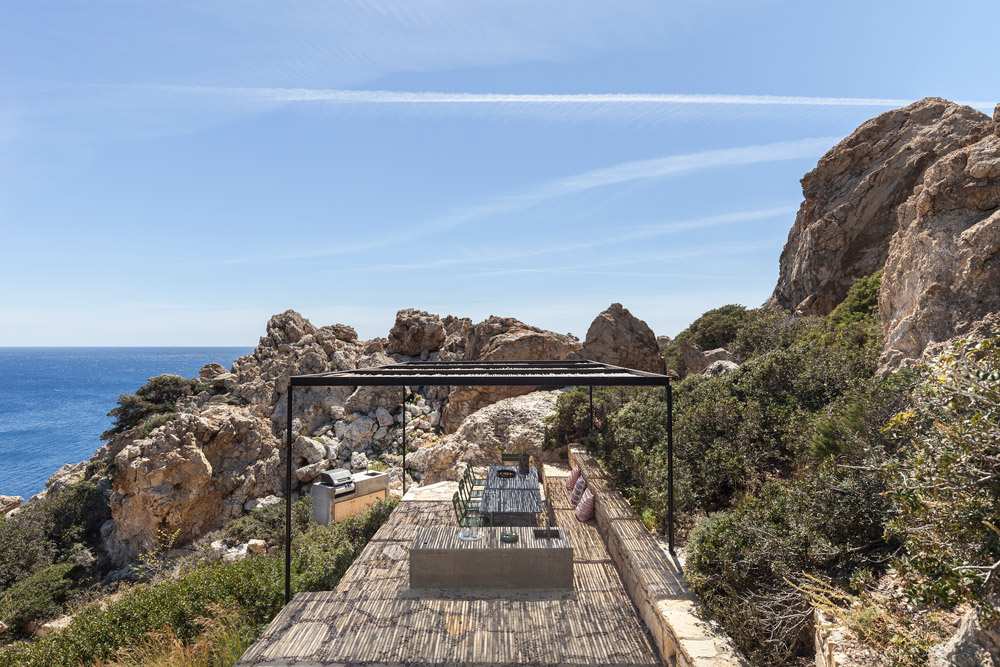 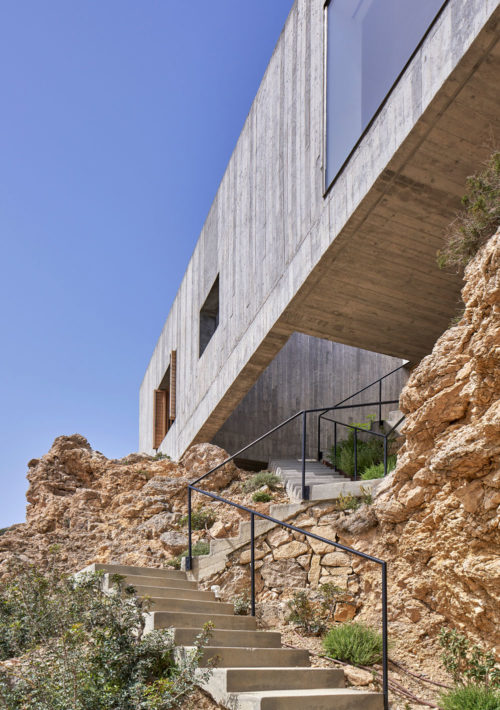 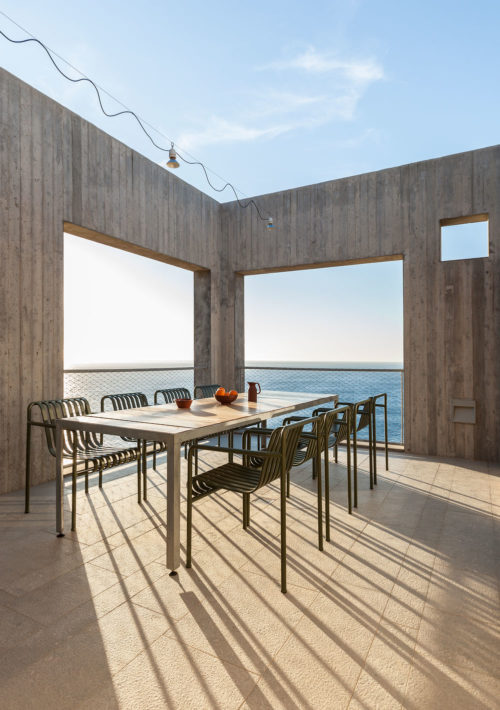 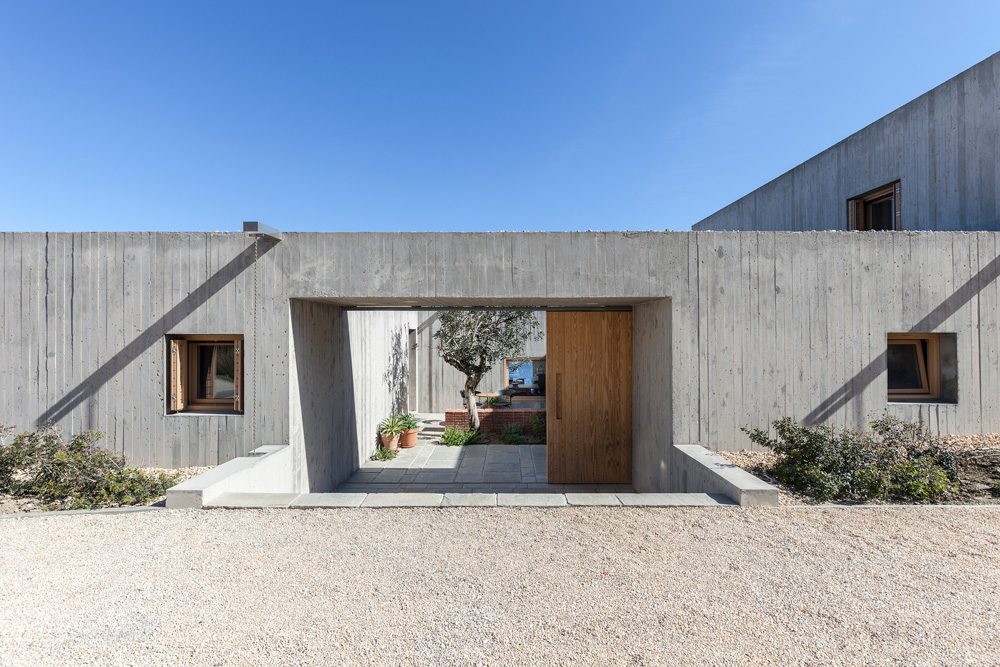 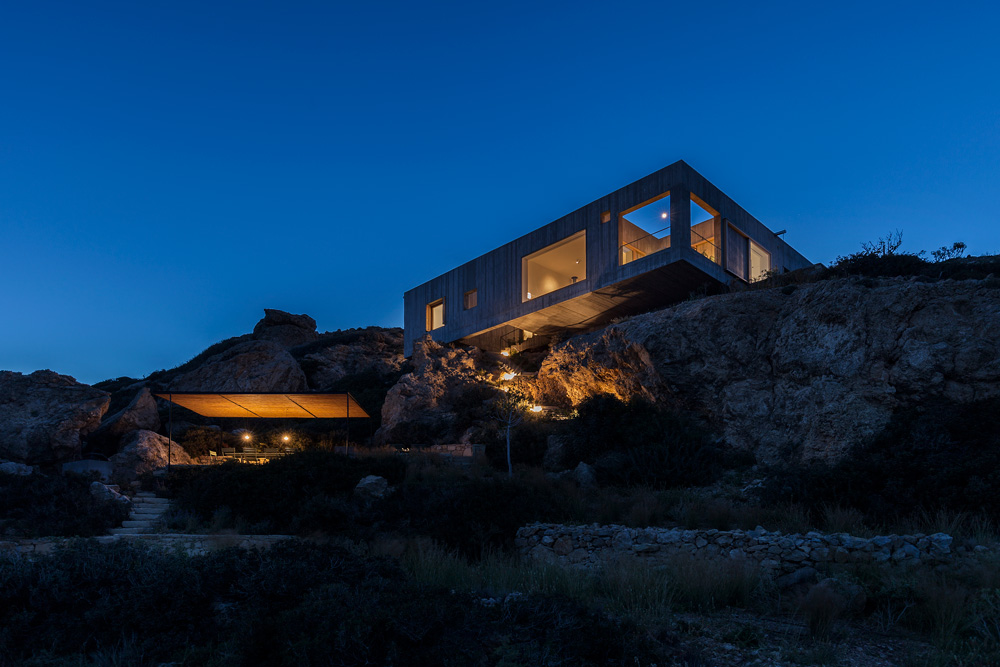 “A House between the Rocks” by Aristides Dallas… March 3, 2020 Volax is perhaps, the most “authentic” location in Tinos; blatantly special and distinct, in a way that makes it, unique in Cyclades – or even the world. So, designing a…

"Viewpoint" house in Karpathos island by OOAK architects June 21, 2020 The island of Karpathos is known for its beautiful staggered villages with their shared roofs and balconies. The site for this project – in the picturesque village of Diafani – is… 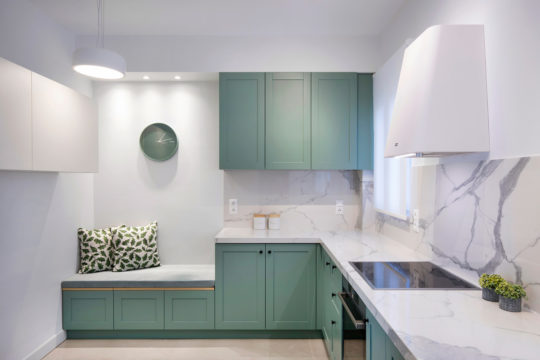 This 130 square meter apartment is located in the heart of Thessaloniki. "Originally this "polykatoikia" was built in 1965, so its layout is typical of that ... 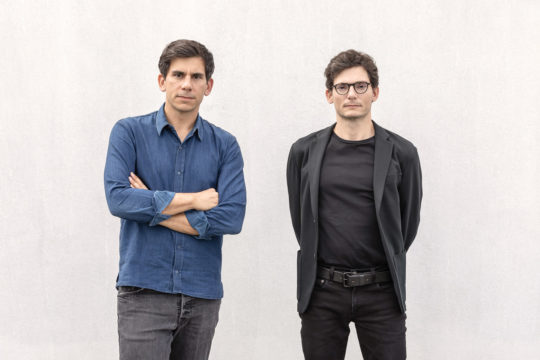 K-STUDIO is a design practice of 55 architects and interior designers rooted in Architecture and based in central Athens. The following interview was held with ... 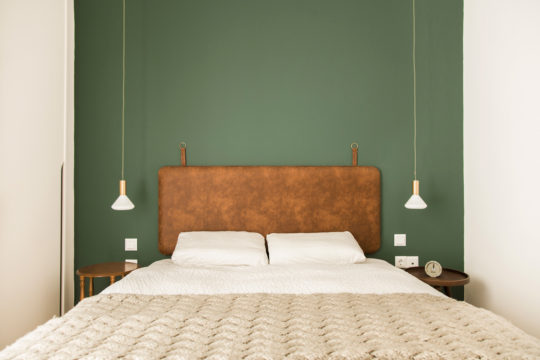 The architecture of the past or the limited square footage can sometimes stand in the way of a renovation, but not in this particular apartment ... 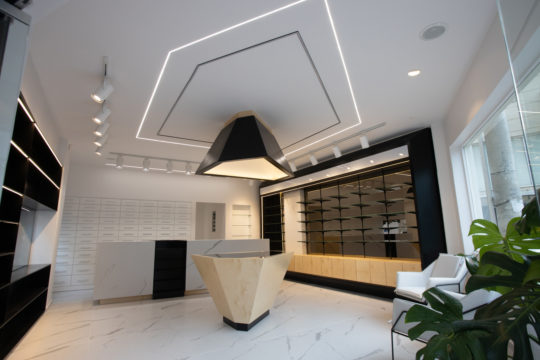 "It was the first time that someone entrusted us such a project, so our excitement was enormous. Our biggest challenge was to find a way so ... 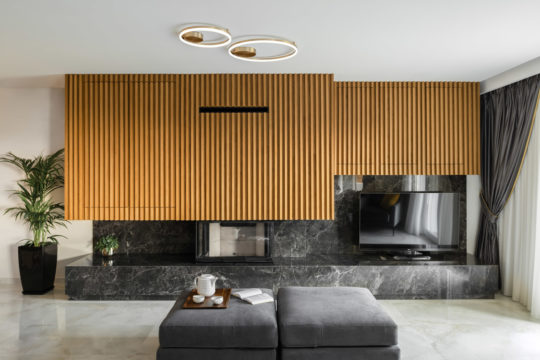 The project concerns an unfinished three-storey building with ground floor, which is to house two families. The ground floor composes a large common area for ... 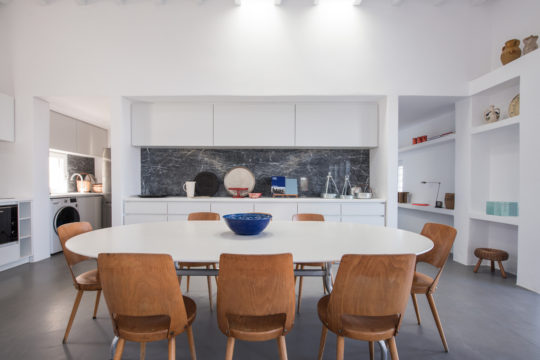 This summer house, designed for a French couple, is located on the top of a hill in the northern part of Kythera island in Greece ... 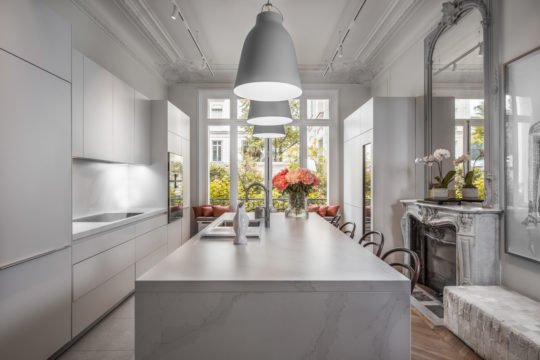 The apartment is located on the ground floor of a typical Haussmannian residential building in Neuilly-sur-Seine, Paris, that dates back to mid-19th century. The clients ... 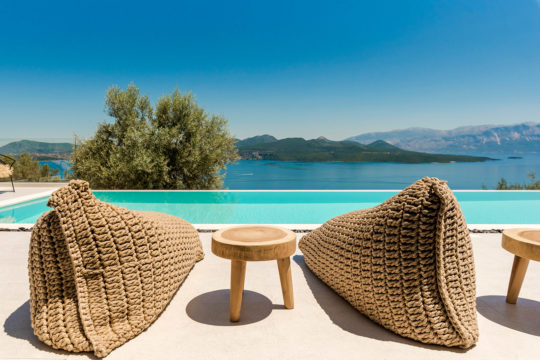 The house is built at the highest point of Nikiana, in the east side of Lefkada on top of a green hill enjoying panoramic views ... 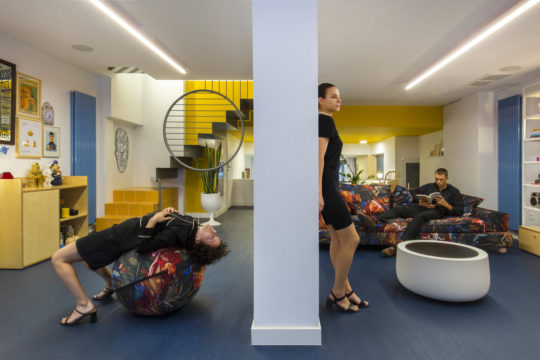 Studiomateriality transformed a store into a multi-faceted house residence, full of attitude, artistic flare and colors. As the brief was to create a living space full ...