Linakis Digital designed these infographics that highlight the importance of tourism to Greece’s economy and society using the one thing most Greeks are proud of when they see a map: the country’s huge, meandering coastline. The designers traced four trips from North to South along the country’s borderline on an actual, two on the East, two on the West. They then projected their data infographics along the actual map paths, creating a data trip. Distances, geographical locations and coastal lines are all true to scale of 20km per 3 cm.

The project was realized for the Greek Tourism Confederation, using data from the annual survey on Greek tourism in 2014 and was awarded a merit at the EBGE 2015 Greek Design Awards. 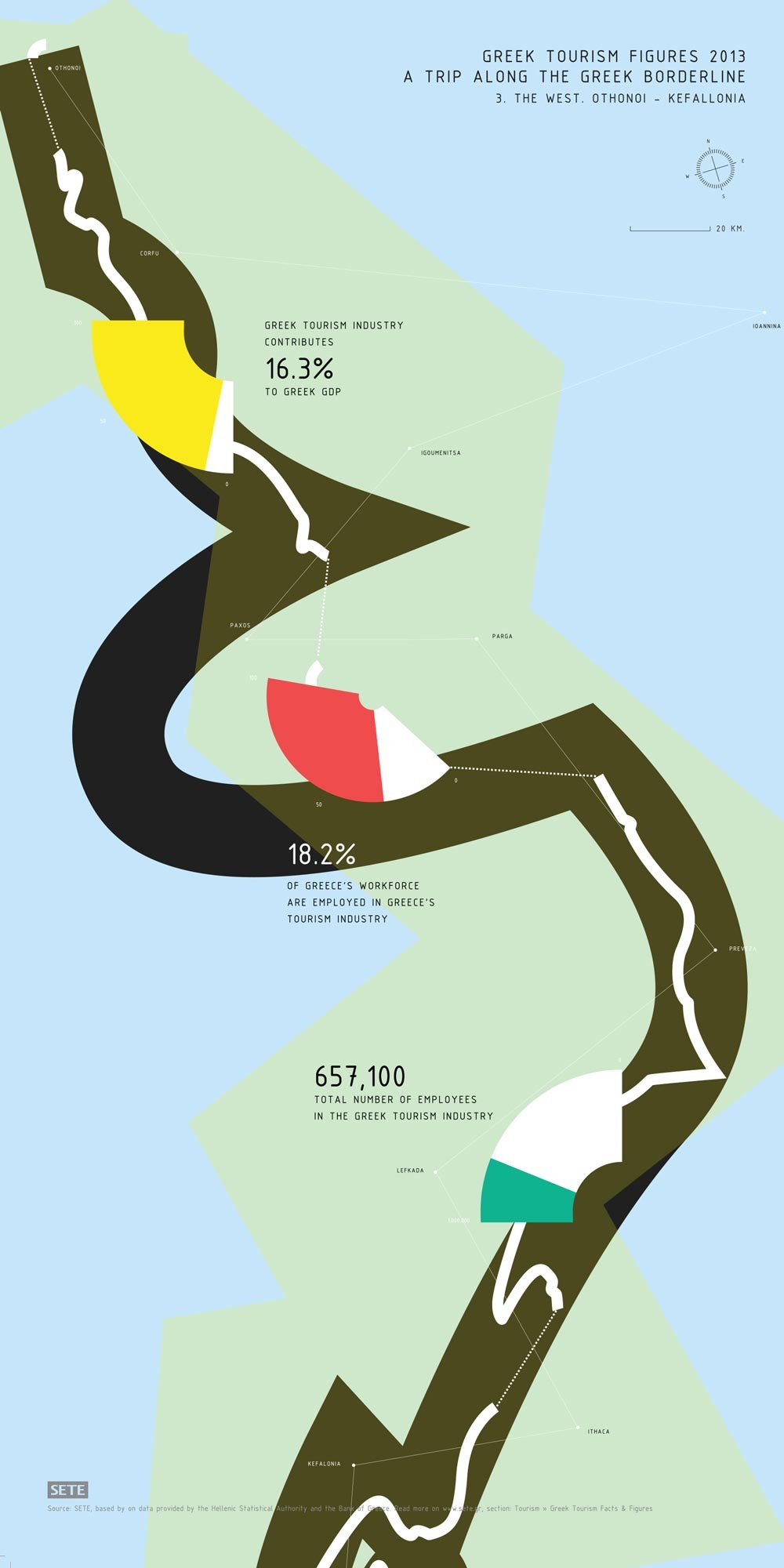 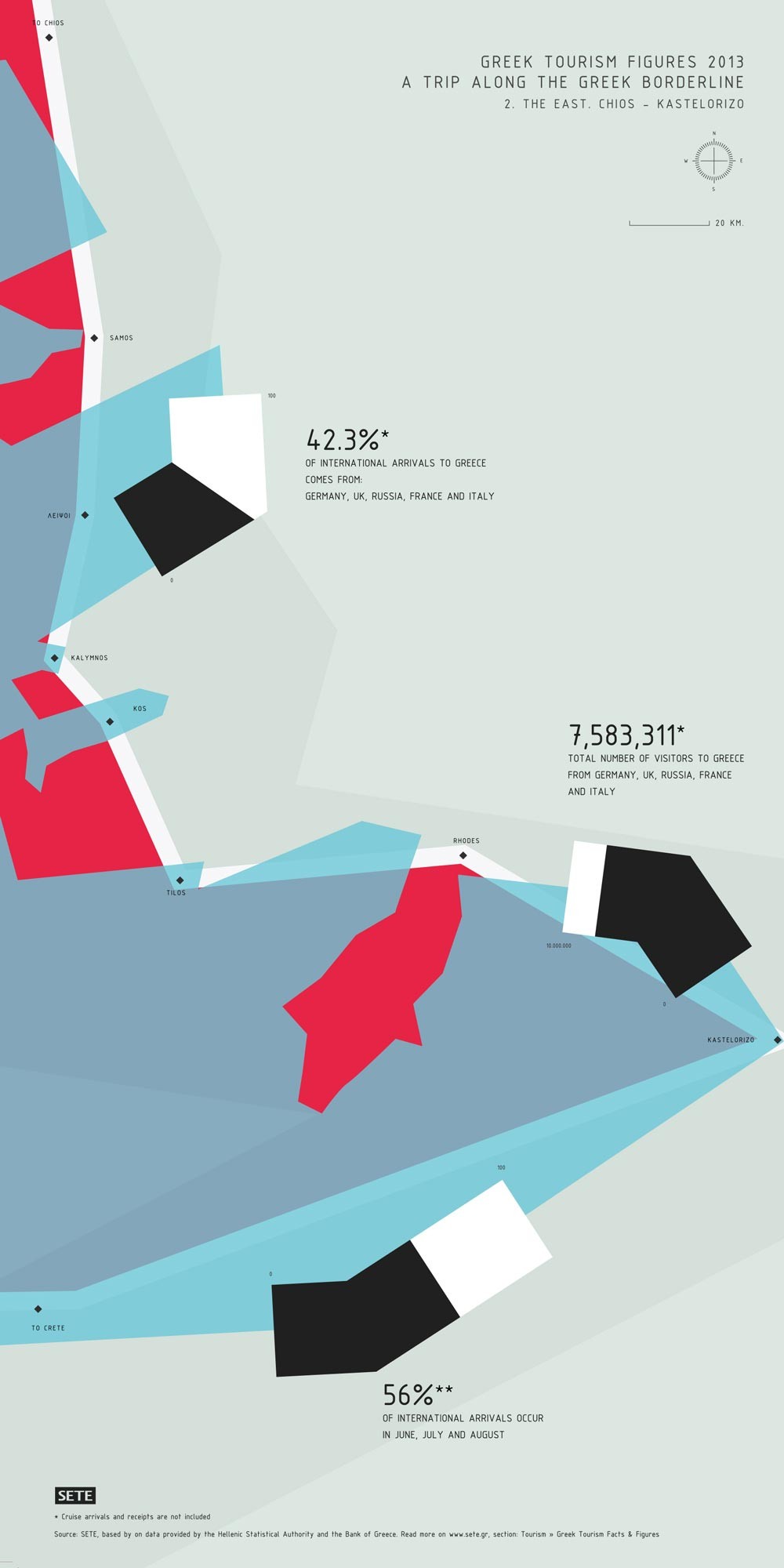 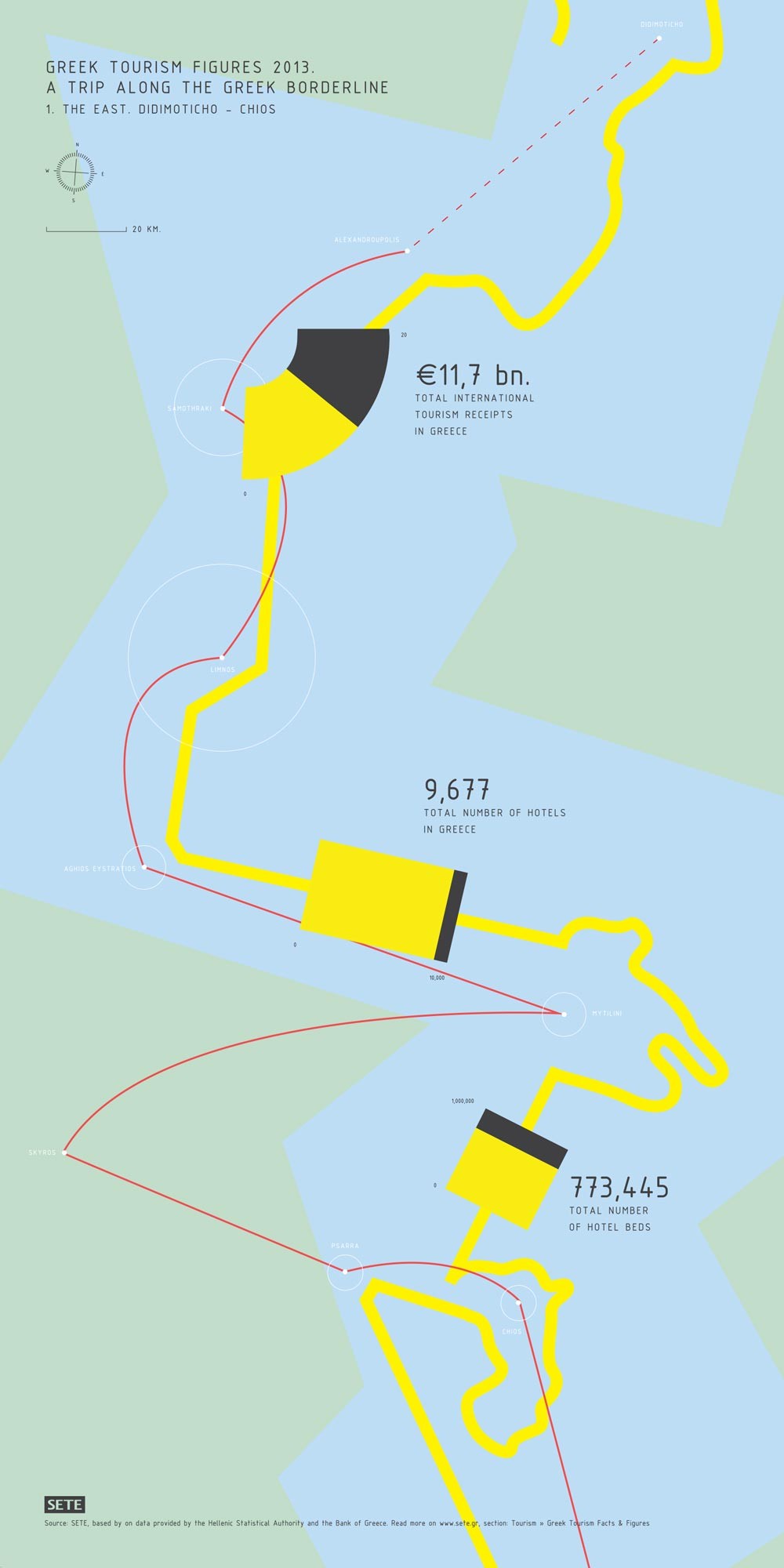 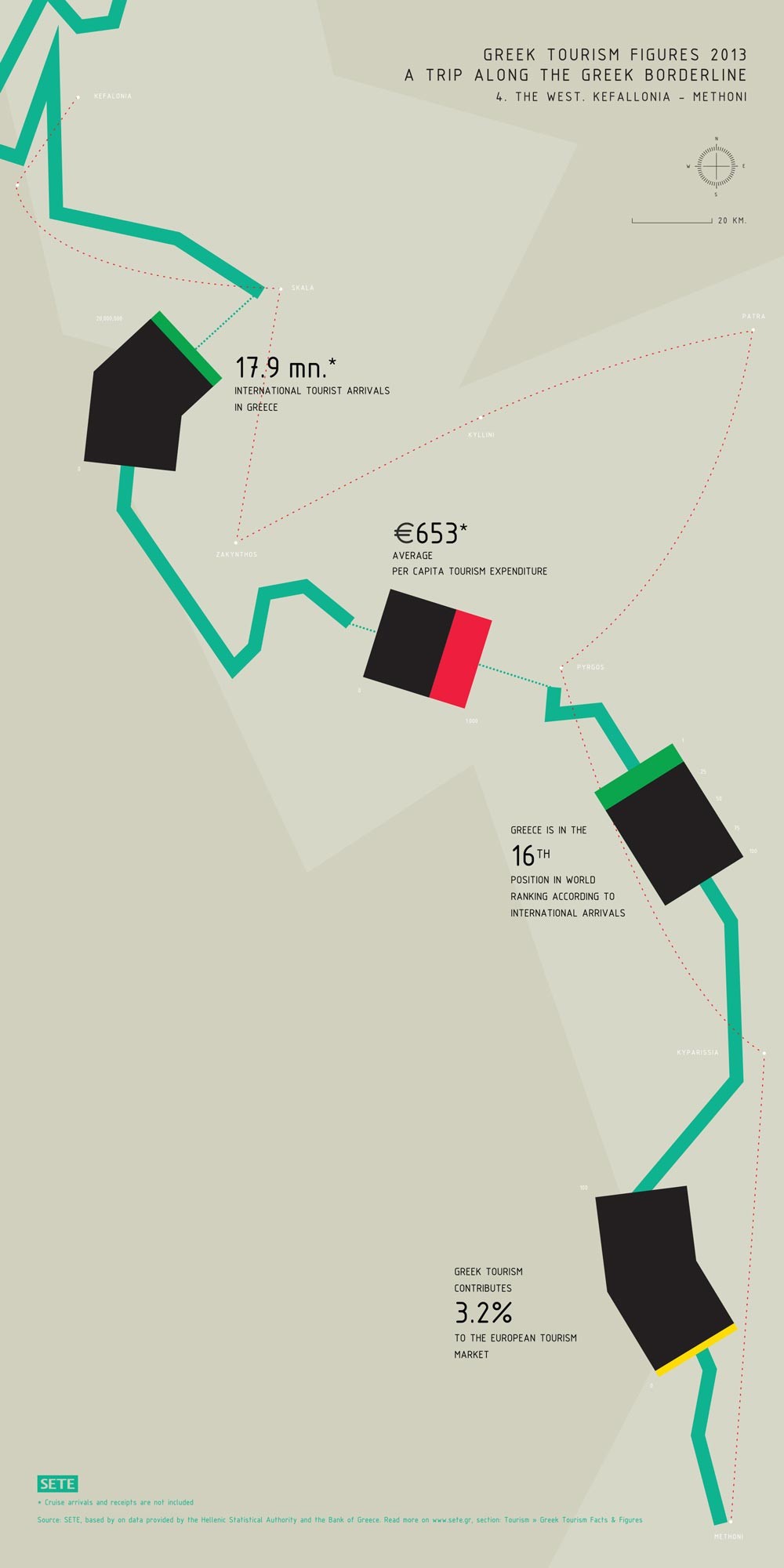 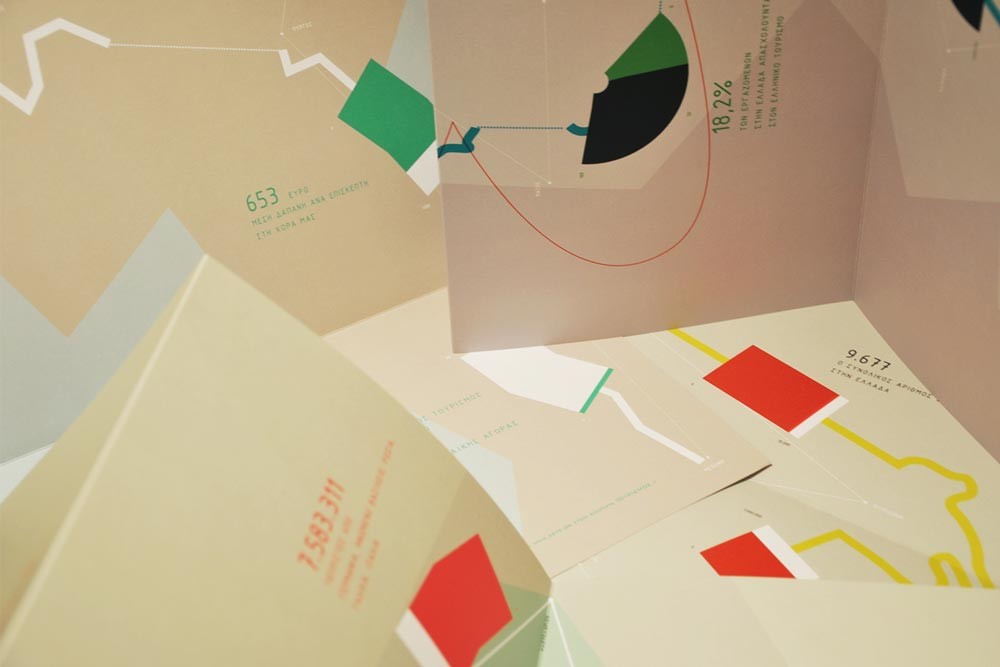 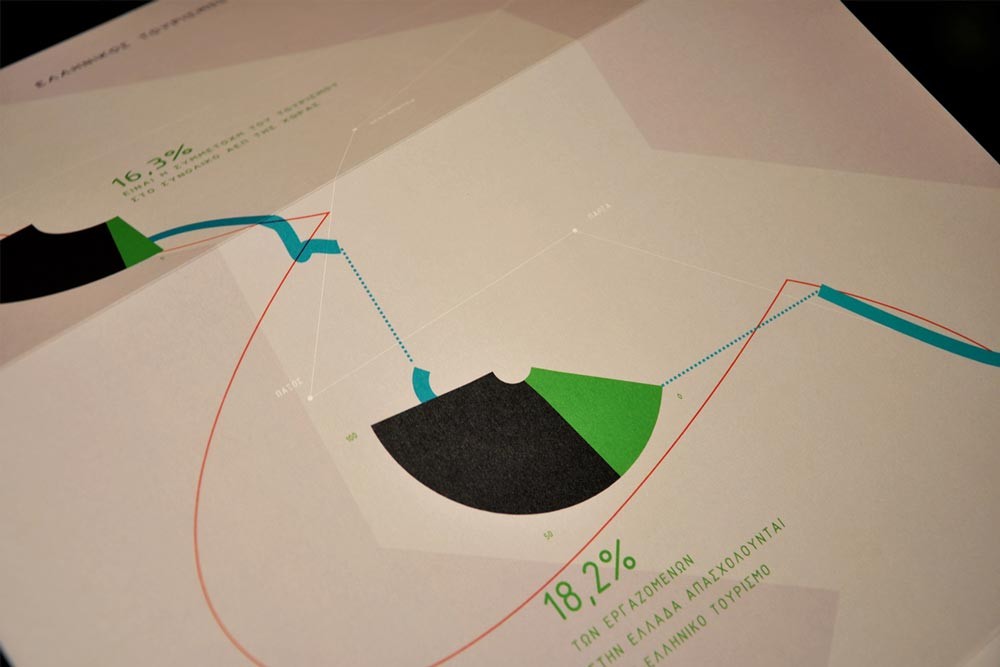