Ükskateboards is a series of custom-made, laser engraved 7ply skateboard decks that can be used as both sport equipment and interior design objects, combining a love for architecture, street culture and industrial design.

Designed and produced by Bill Nikolopoulos and Tania Tzima, both architects and co-founders of ÜberKreative architecture & design, the ÜKskateboards are produced in limited numbers as part of collections with special themes and characteristics. The first collection of the brand is named “The Original Trilogy Series” and is inspired by Star Wars and its carefully detailed architecture and characters. As huge fans of the Star Wars series, the designers wanted to celebrate the release of the new, highly anticipated, epic movie in their own way. At the moment, they are working on another design collection called “The Vintage Series”, revolved around the theme of nostalgia and drawing inspiration from retro design and fashion.

As a team with strong architectural background ÜberKreative tend to prefer linear and technical drawings, such as blueprints, as is evident in many of their designs. Architecture plays a significant role in the creative team’s every day life and skateboarding together with other street cultures cannot be separated from this interaction. As they tell us “Skateboarders are the everyday users of the urban environment we inhabit and their actions sometimes tend to form and reshape the urban fabric. Our main objective is to remain k(c)reative, as a result we are constantly searching for new ways of expressing this kreativity through design, from large scale to small. ÜKskateboards is not merely about skate decks as useable objects; we treat them as canvas for our graphics and try to kreate collectable items of decoration produced in limited numbers. You can either decorate your walls or add your own trucks and wheels and hit the streets.” 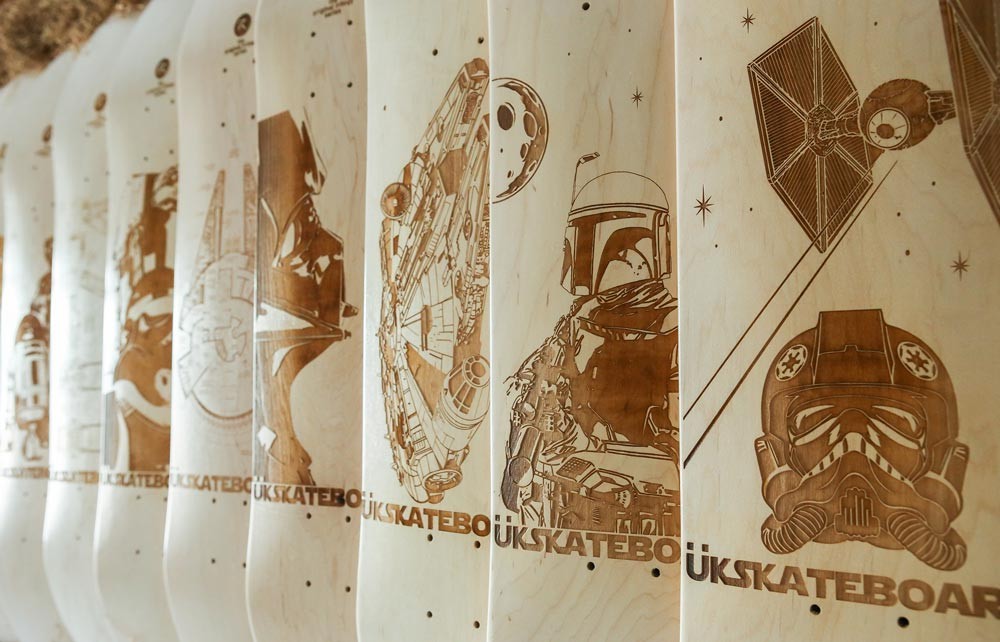 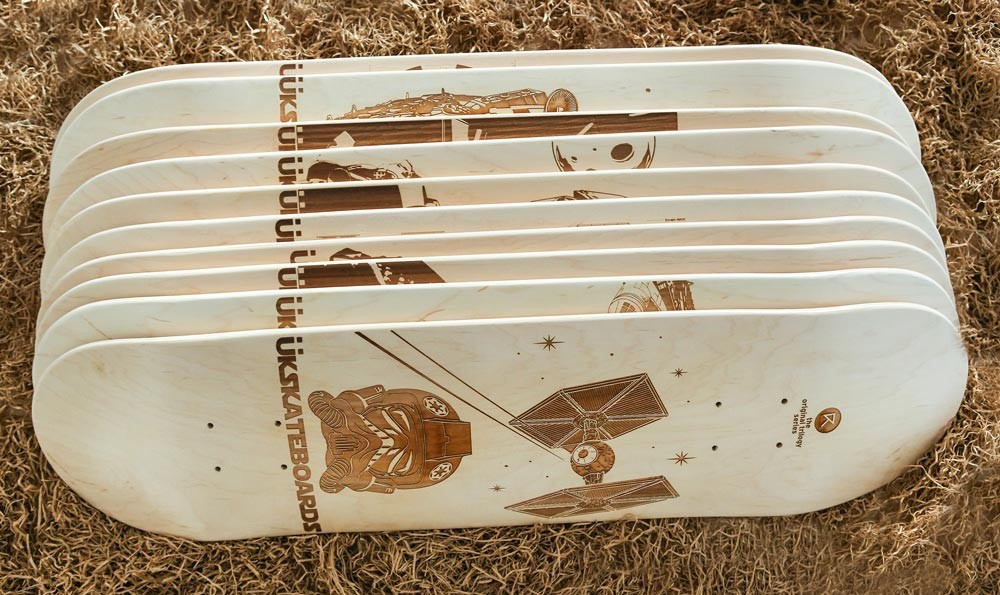 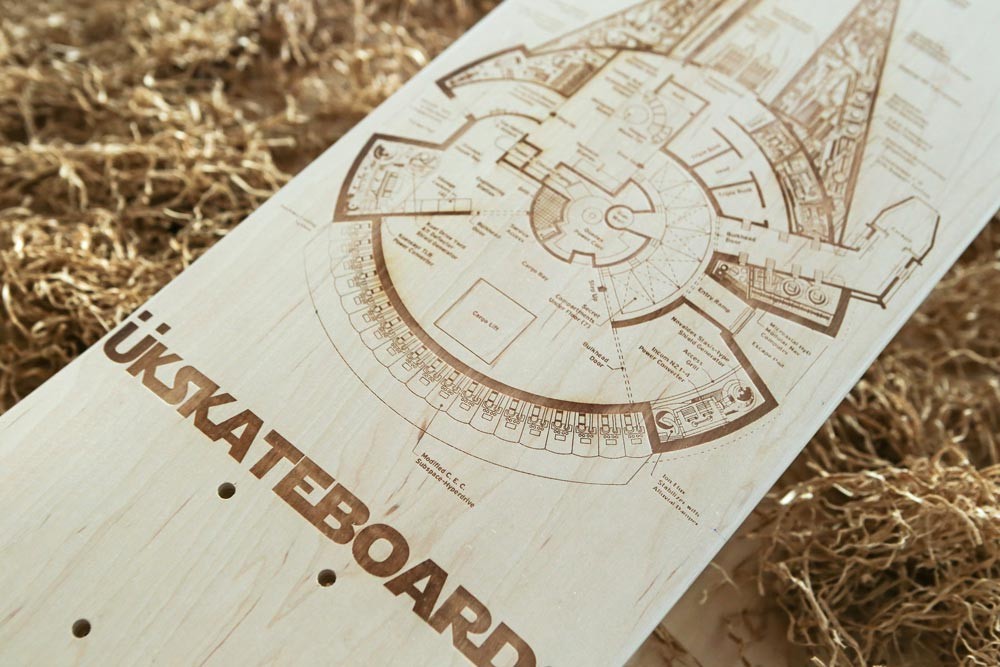 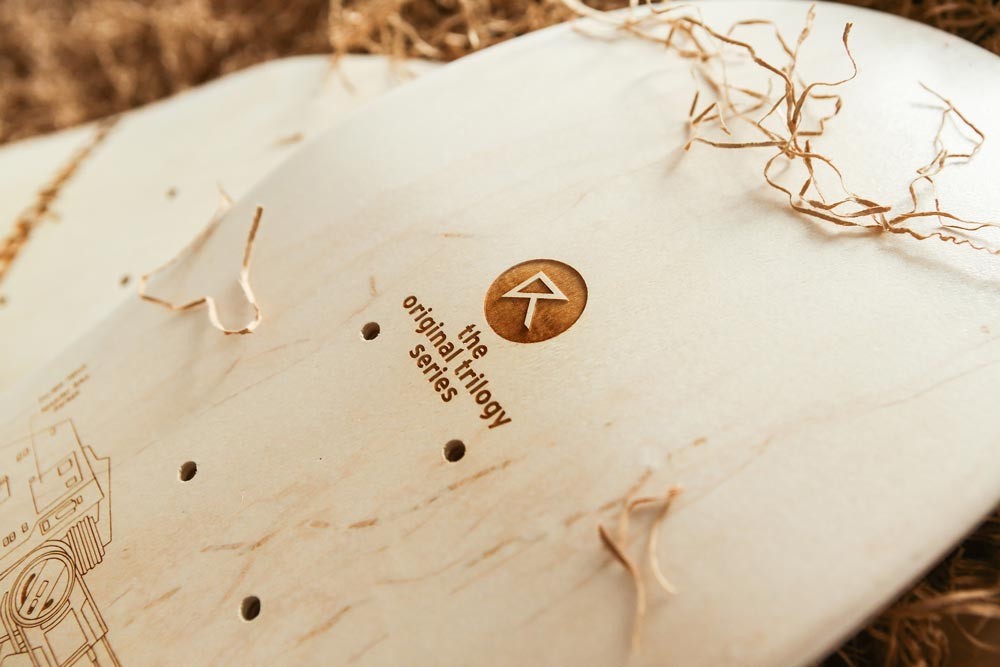 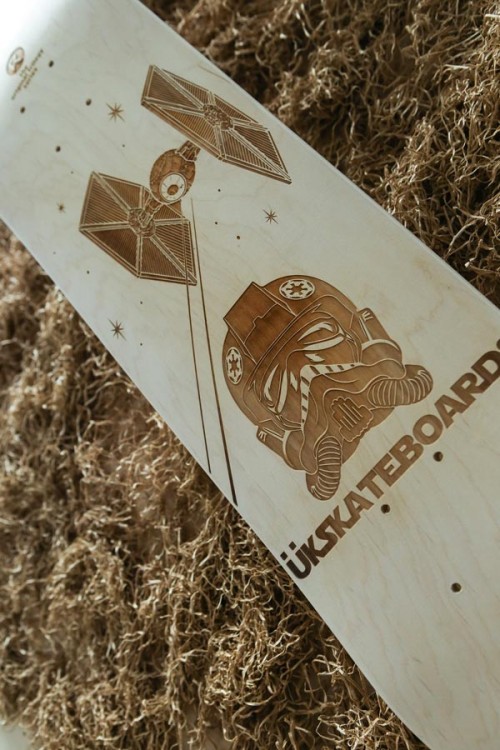 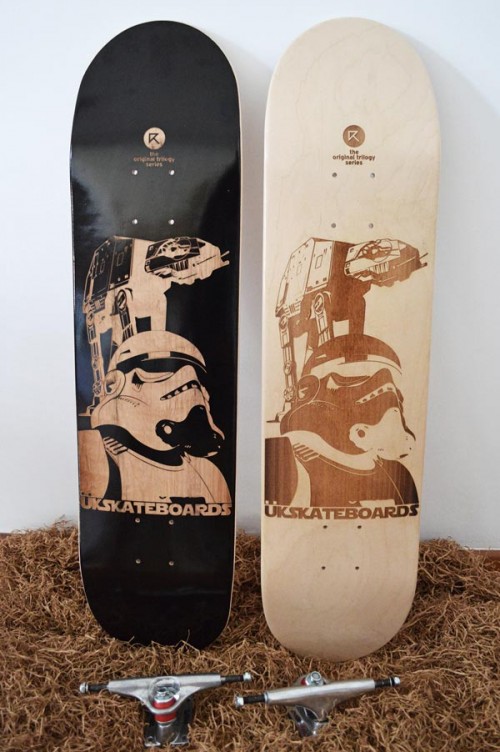 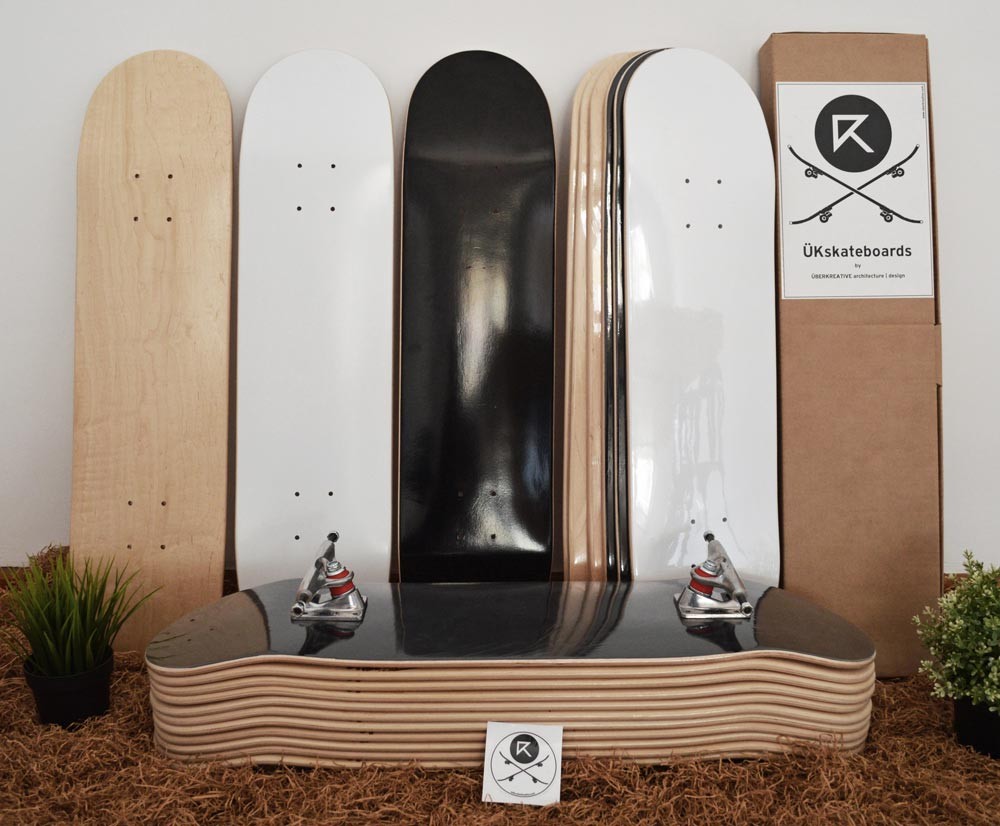 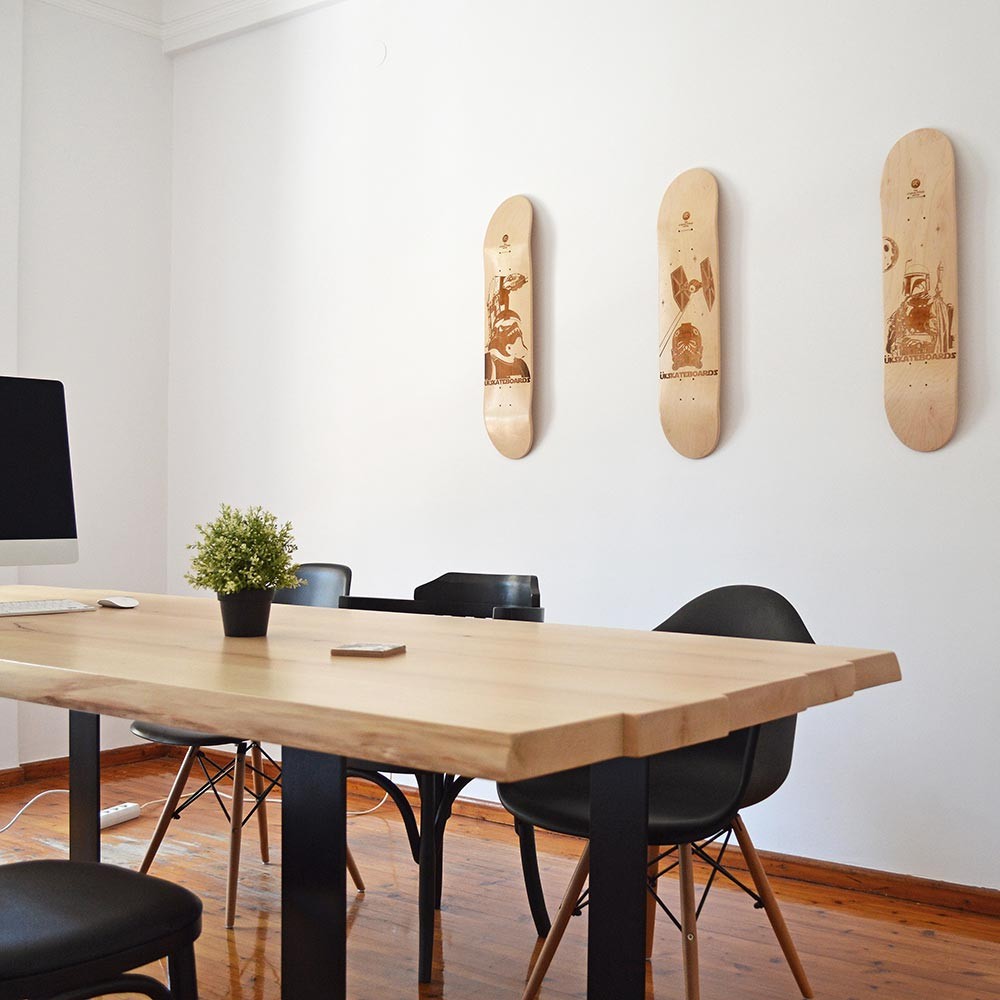 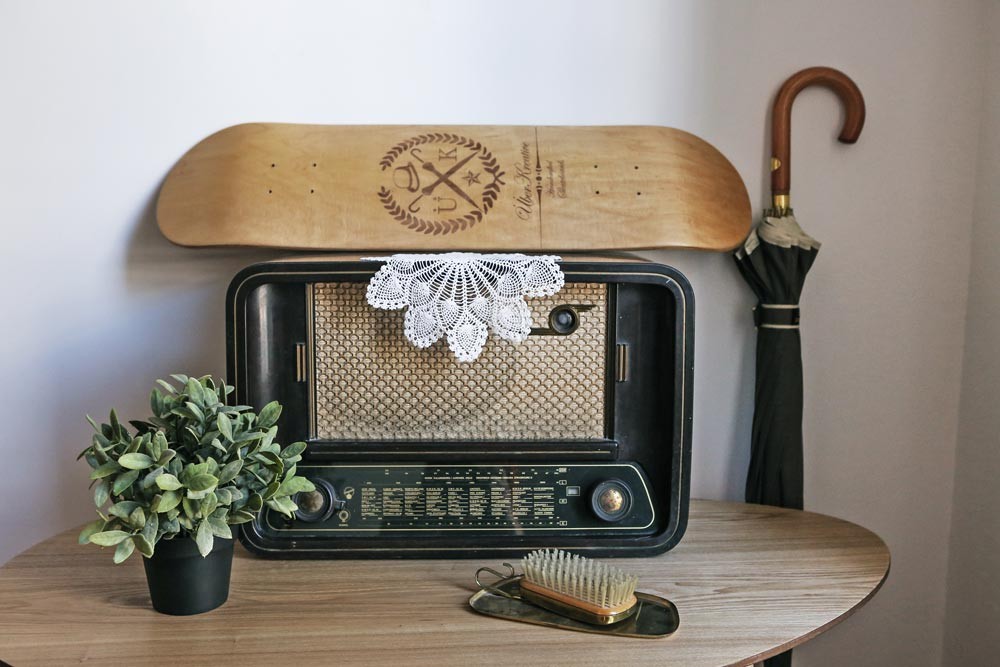 "Topodom" jewelry collection celebrates 3D printing… January 9, 2020 "Topodom" comes from the words topografías domesticas - 'domestic topographies' as a reference to the designer's background in landscape architecture and large-scale design and her current focus on smaller, 'domestic'…

Lommer: "Everything around us is a result of design" December 3, 2019 Lommer comes as an acronym from the words LOve Materials MEet Requirements. The product designers behind the brand, Danai Gavrili & Alkioni Matsourdeli, started working on industrial materials & concepts…