Located on an olive grove in Mani, these two houses designed by hhharchitects feature characteristics of traditional local settlements and are constructed in a way that dissolves the boundaries between indoor and outdoor spaces. The complex consists of six stone blocks placed in between the existing olive trees, with a view of the Messenian bay to the South and the mountain of Taygetos to the North. The positioning of the stone volumes creates interesting spaces in between, with neighborhood-like characteristics such as the entrance courtyards and covered dining areas, which paraphrase elements of a Mani settlement. Spaces in between, with views to the olive garden from one side and to the sea from the other, bring the surrounding closer to the inside. This is further enhanced by the way the buildings are connected, using light steel and transparent glass elements, which highlight the stone volumes. The transparency of glass and the industrial character of the metal structures combined with the massive stone blocks create tension and interesting spaces. Traditional materials such as stone, wood and reeds are applied in a contemporary way, such as for example in the planking of the roof, the openings in the stone walls and the ceiling of the kitchen. 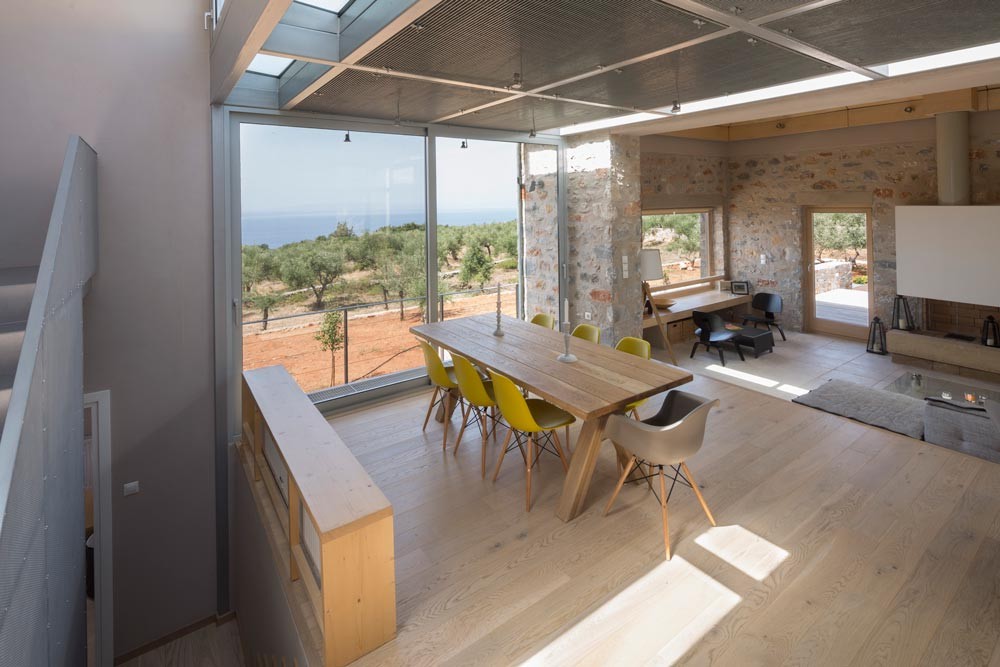 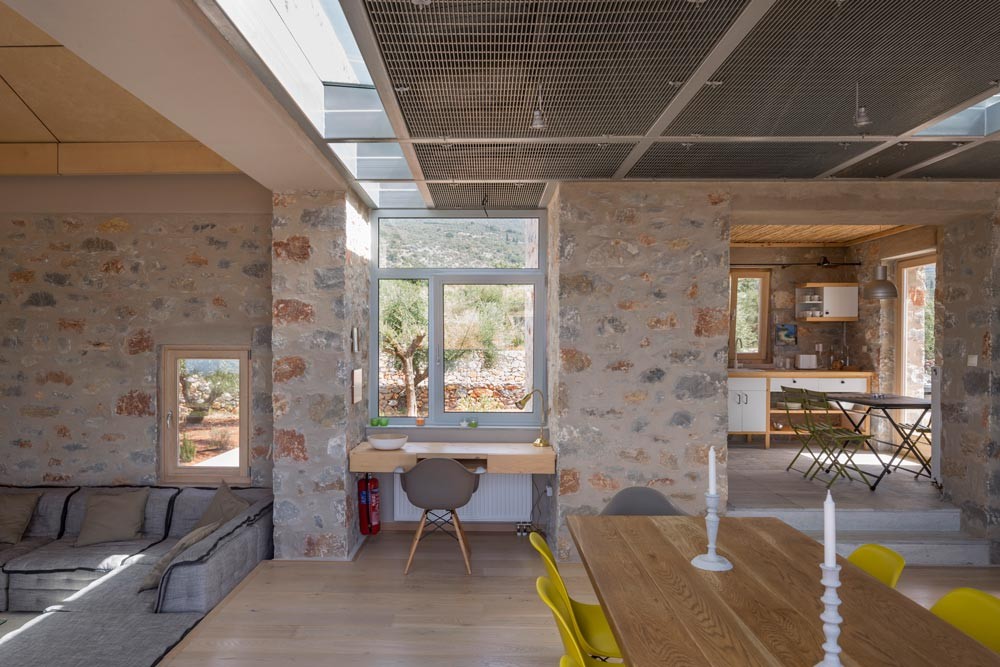 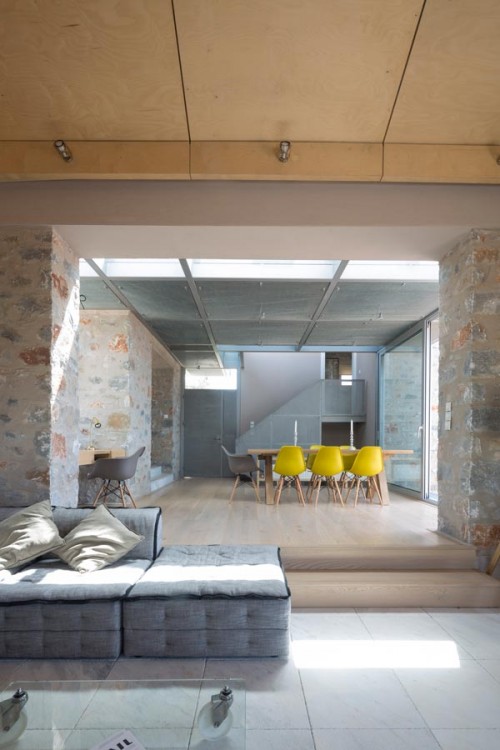 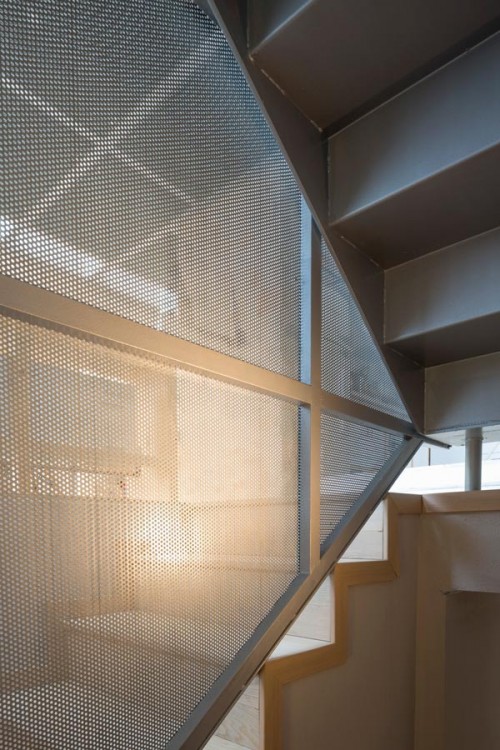 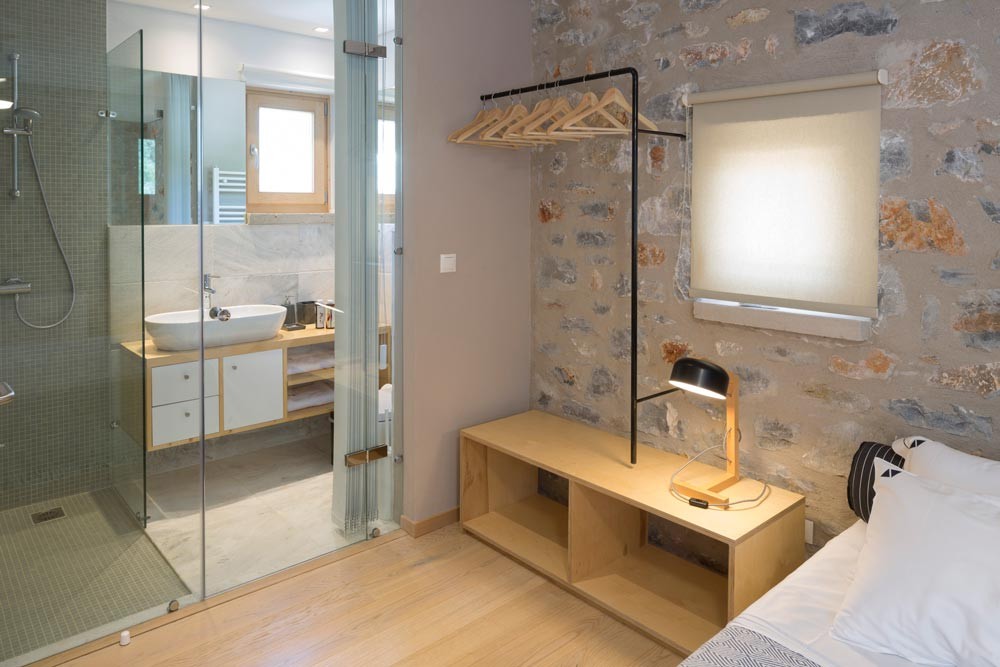 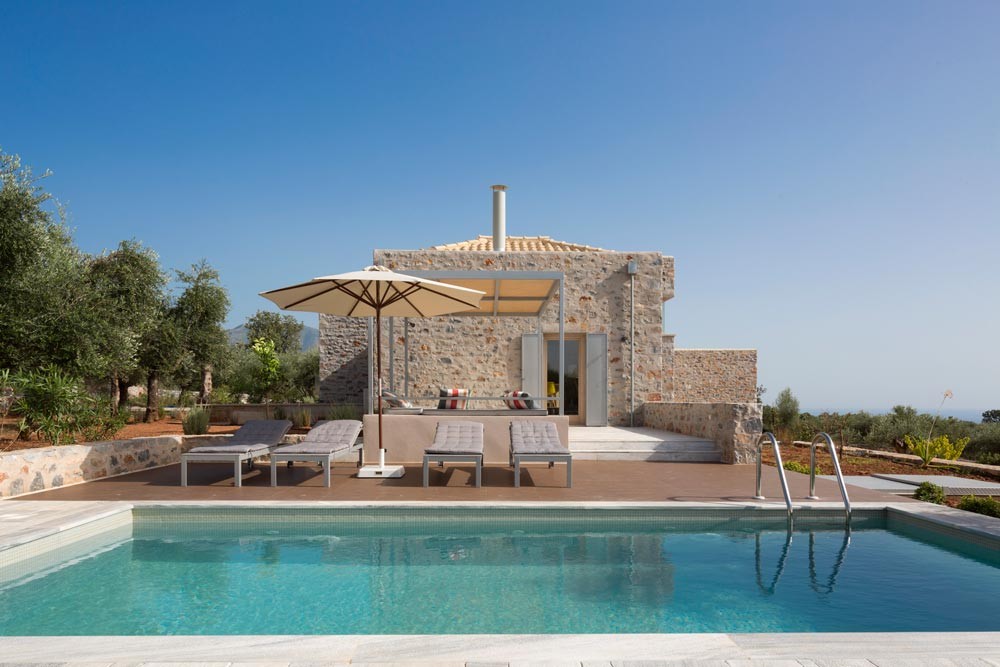 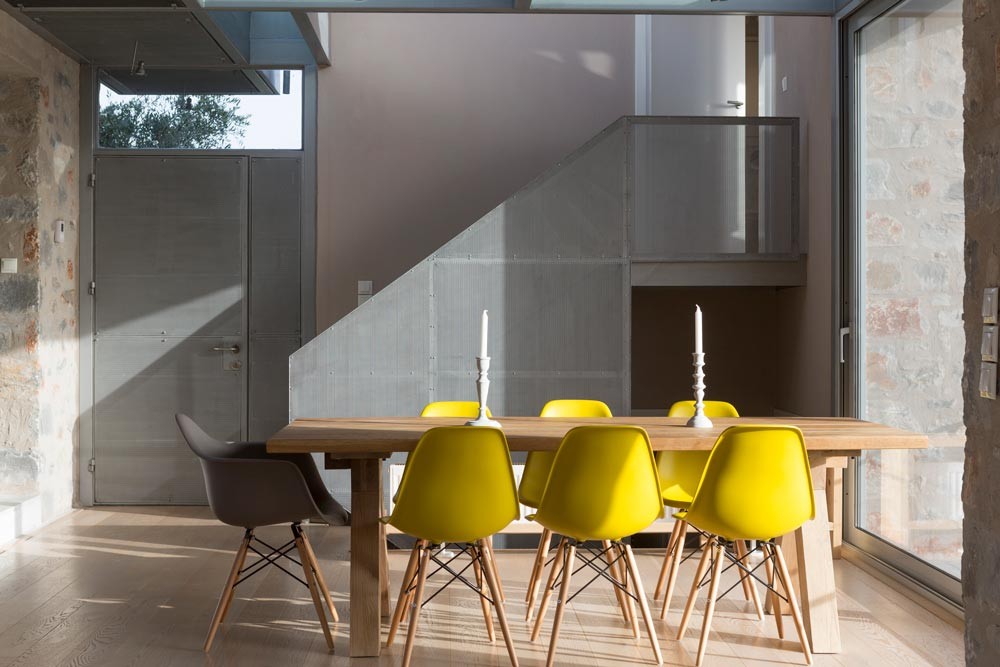 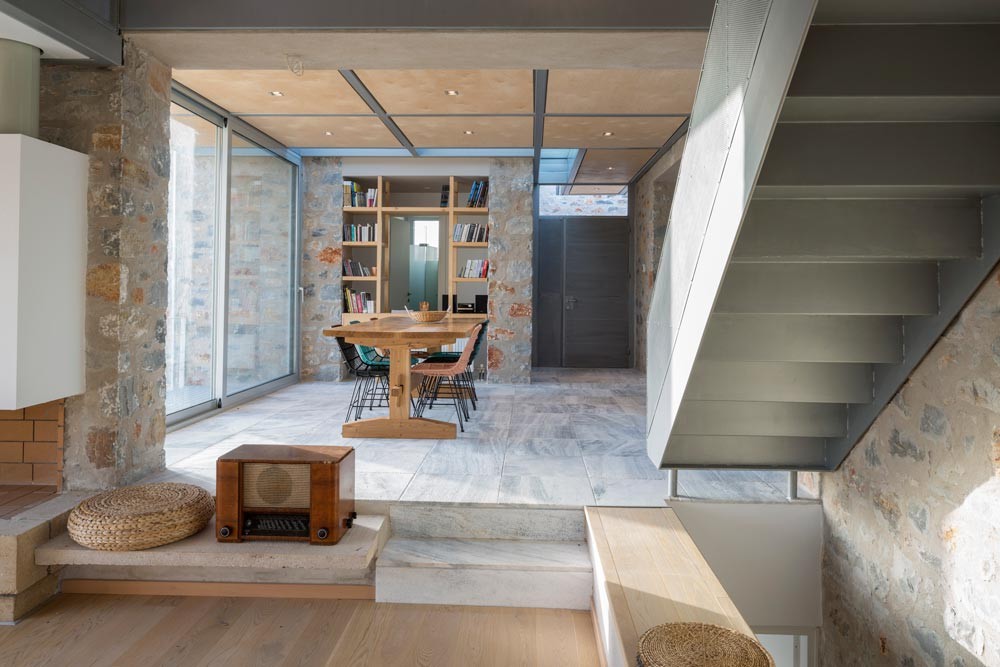 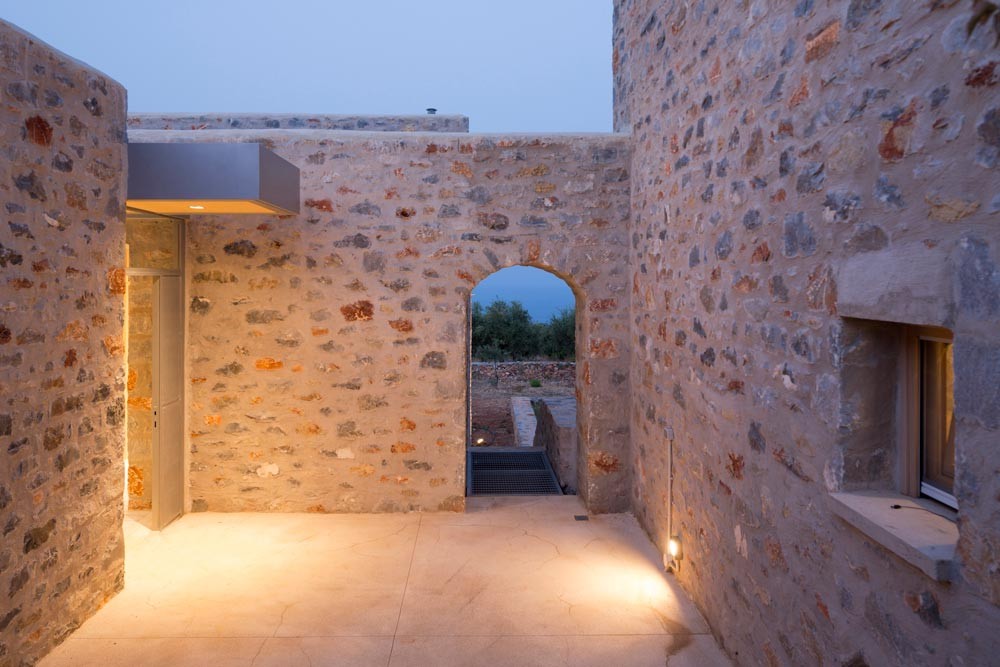 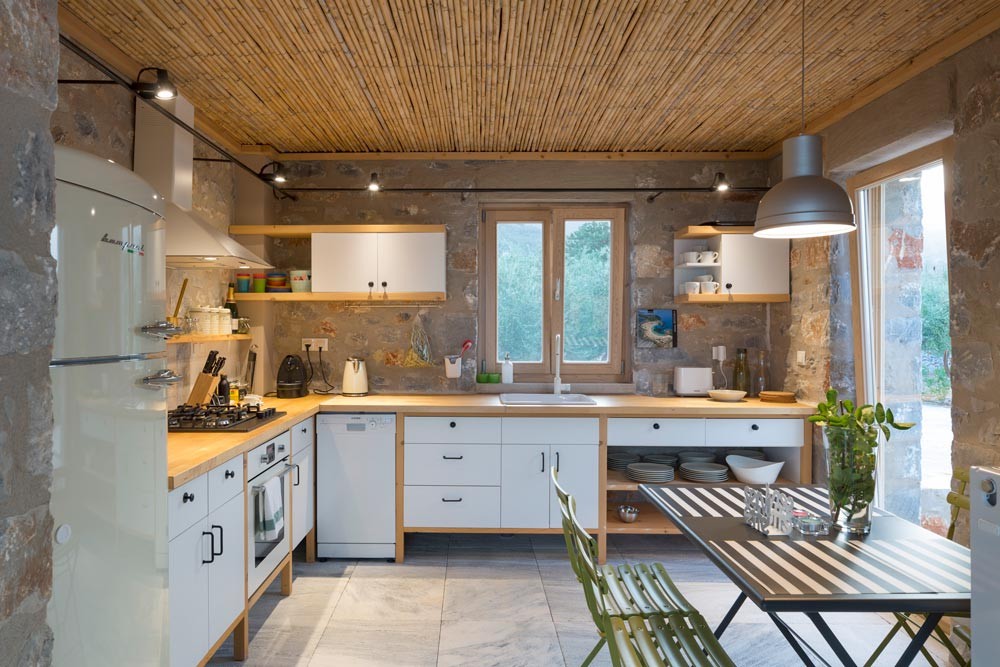 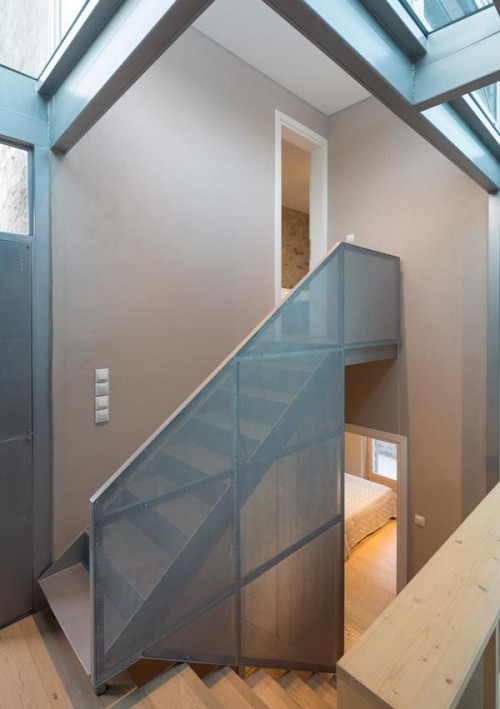 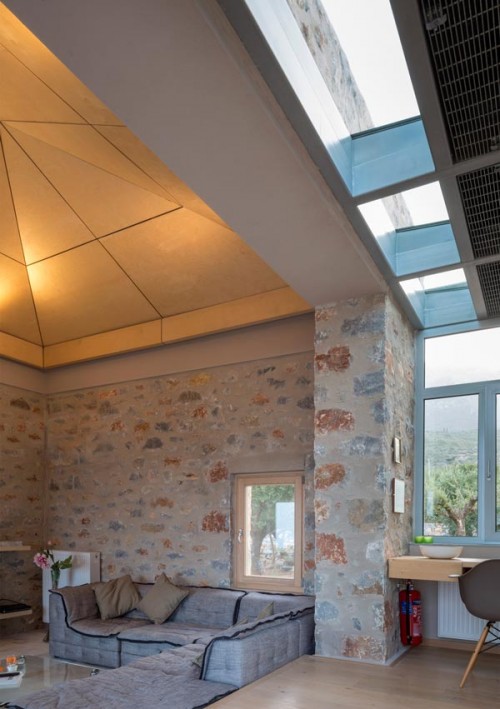 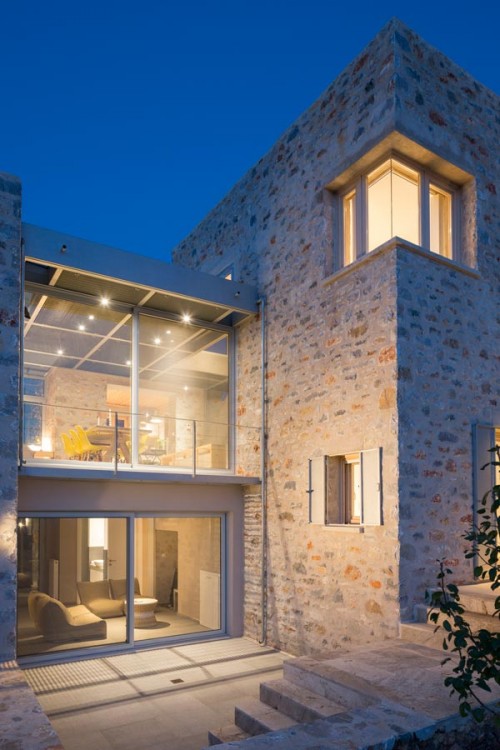 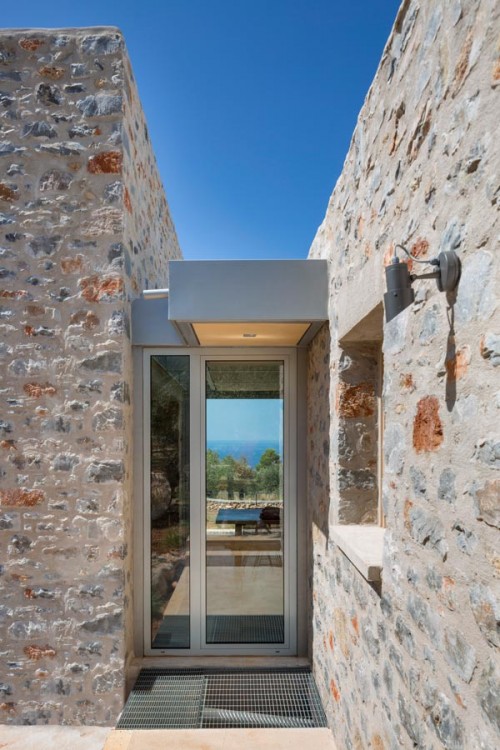 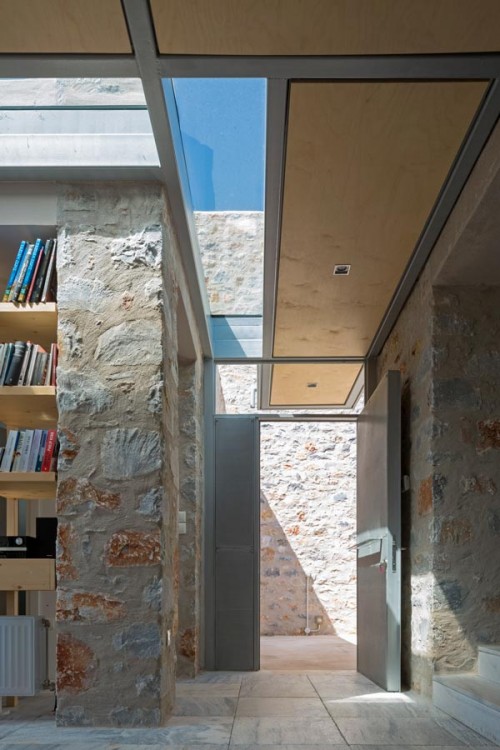 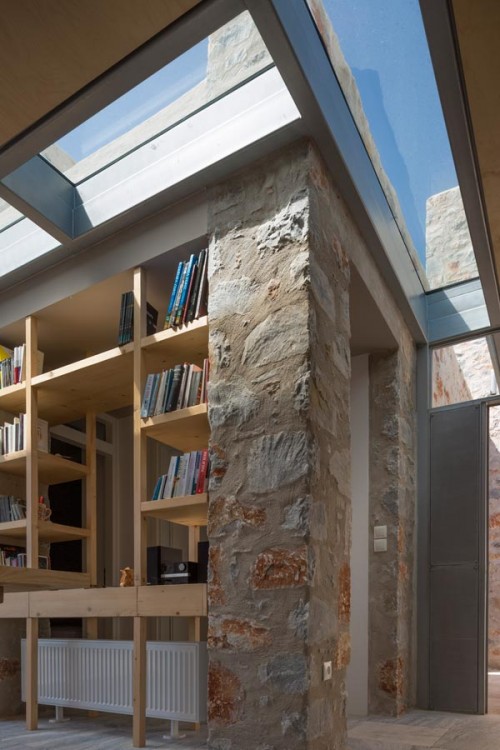 Summer house in Mykonos island by A Soul May 15, 2020 Developed along a plot of land with an idyllic view of the Aegean, Vi[g]la was designed to provide enjoyable and comfortable holidays to its guests. With an angle of more…

“A touch of new" holiday residence in Tinos by… December 10, 2019 Inspired by the traditional architecture of the built stone dovecotes of Tinos as well as by the way that all additions were carried out according to height, the residence in…

House in the medieval Kastro of Parikia, Paros… May 26, 2020 Angeliki Evripioti lives and works in Paros as an architect since 2010. In 2019 she and her partner decided to renovate a house in “Kastro” of Parikia, in order to…