The study concerns the creation of a residence in Kea, designed in such a way that it becomes part of the landscape and, at the same time, manages to meet the strict urban planning conditions which have determined many design decisions.

The entrance to the plot is located to the southwest side. The composition consists of two blocks, the development of which is at ground level with a slight altitude difference between them. Solid stonewalls delimit the synthesis, while protecting the residence as well as its life and human activities, as a windbreaker, from the strong north wind. Unplastered concrete slabs wedge into the stonewalls, while the large openings on the west side create a visual connection of the interior with the landscape. The view is an integral part of the building, enhancing the inextricable link of its architecture with the site.

The first building volume, located higher than the rest of the synthesis, hosts the common areas of the residence. The access to this volume is also the main entrance to the building, crossing the open-air living area which is also the main outdoor space. The maximum possible exploitation of the outdoor spaces of the house is attempted, as well as their connection and unification in all levels, in order to function as a single external space of outdoor living and social osmosis.

In order to avoid the creation of an in-cave house, the traditional “koutoundo” building technique of Kea was integrated, leaving at the back of the building, on its east side, an elongated lighting funnel. Part of the natural rock was preserved during the excavation, so that a sense of unity with the plot’s natural elements is succeeded through the large openings, as well as natural lighting and ventilation is offered to the interior. During the day and following the sun move, intense lightings and shadows are created on the roughly carved rock, revealing the scenographic mood of this space’s design, a fact that intensifies during the night, as artificial lighting was selected and placed purposefully. 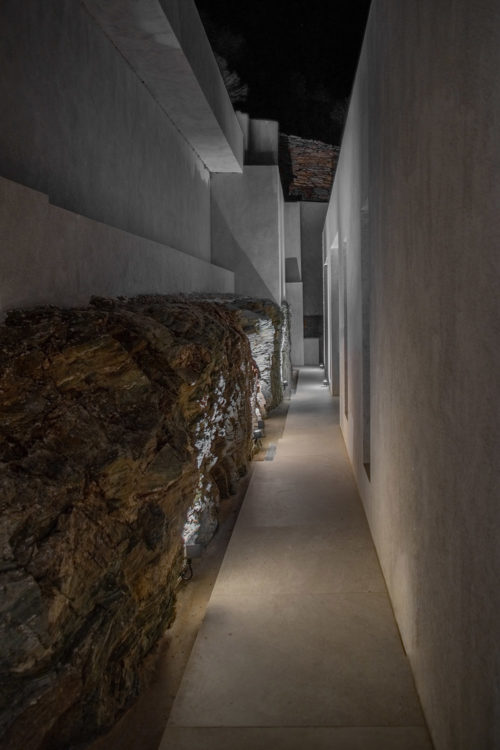 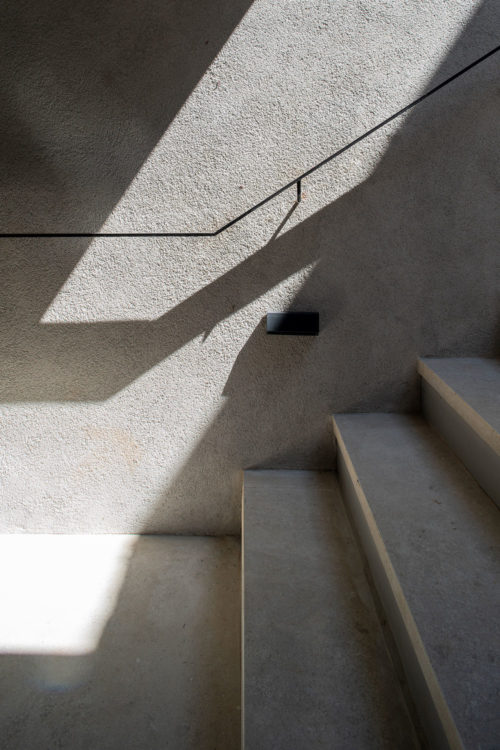 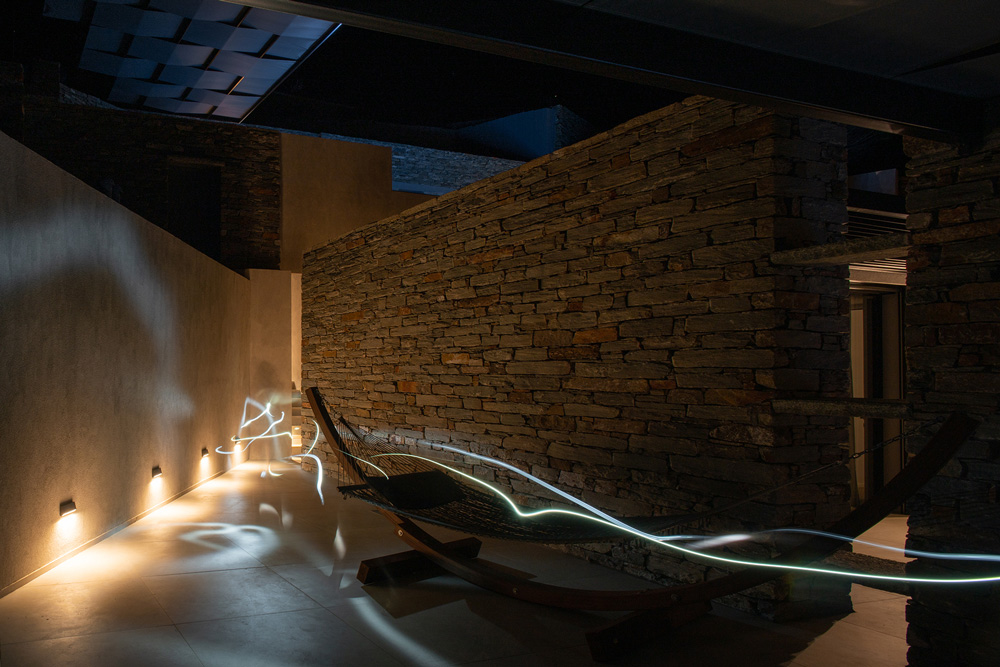 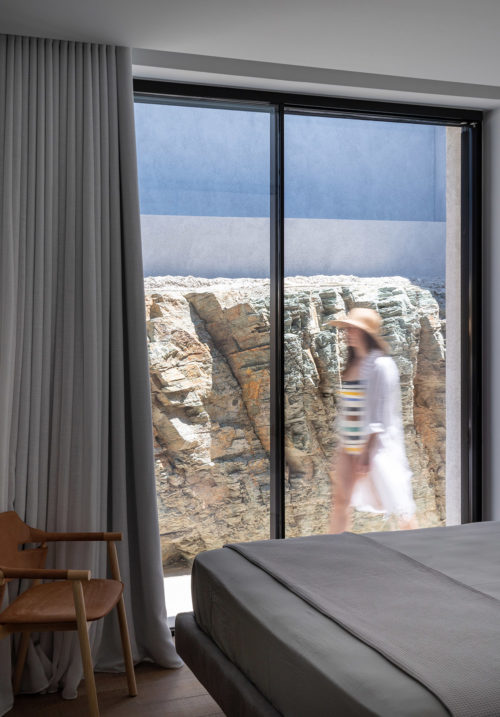 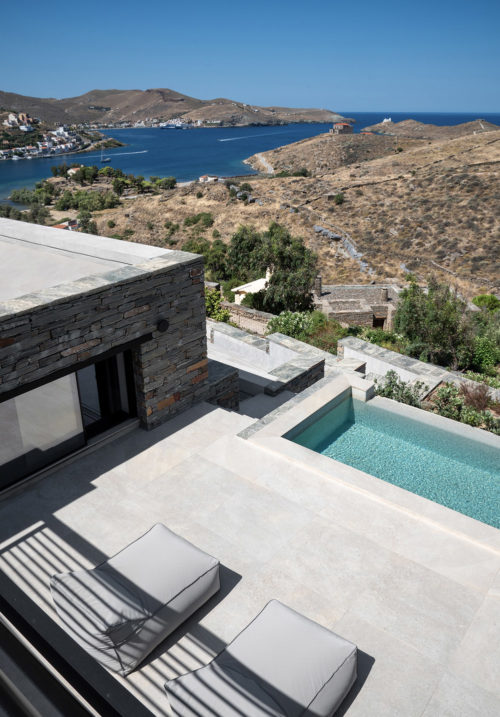 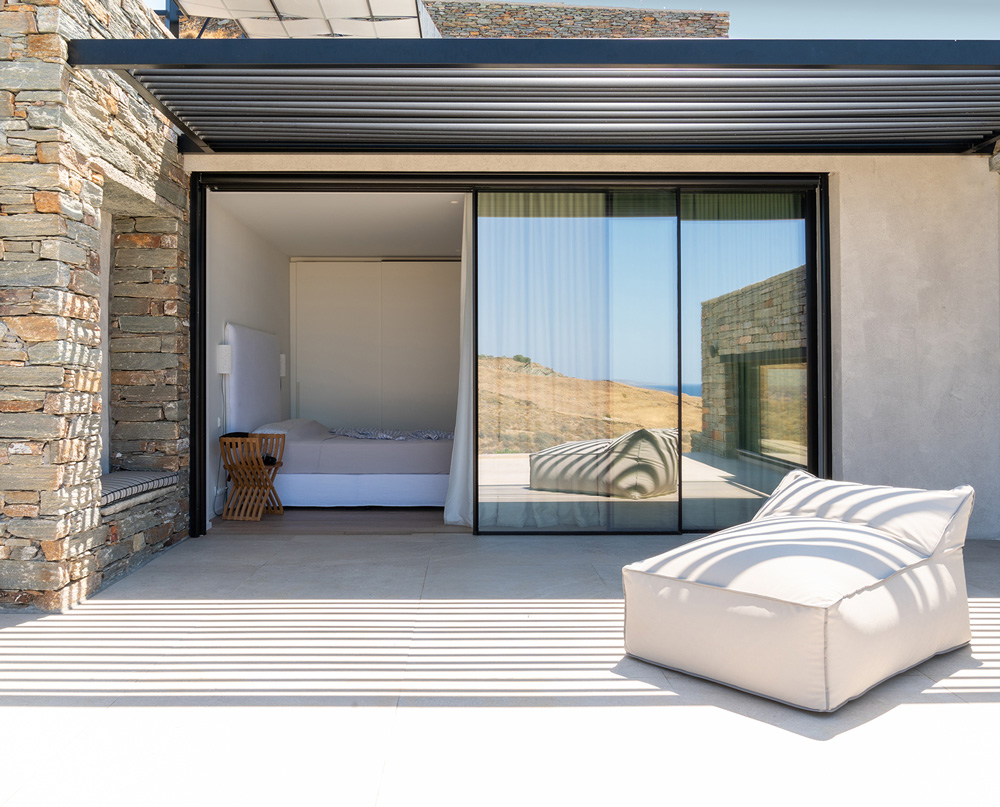 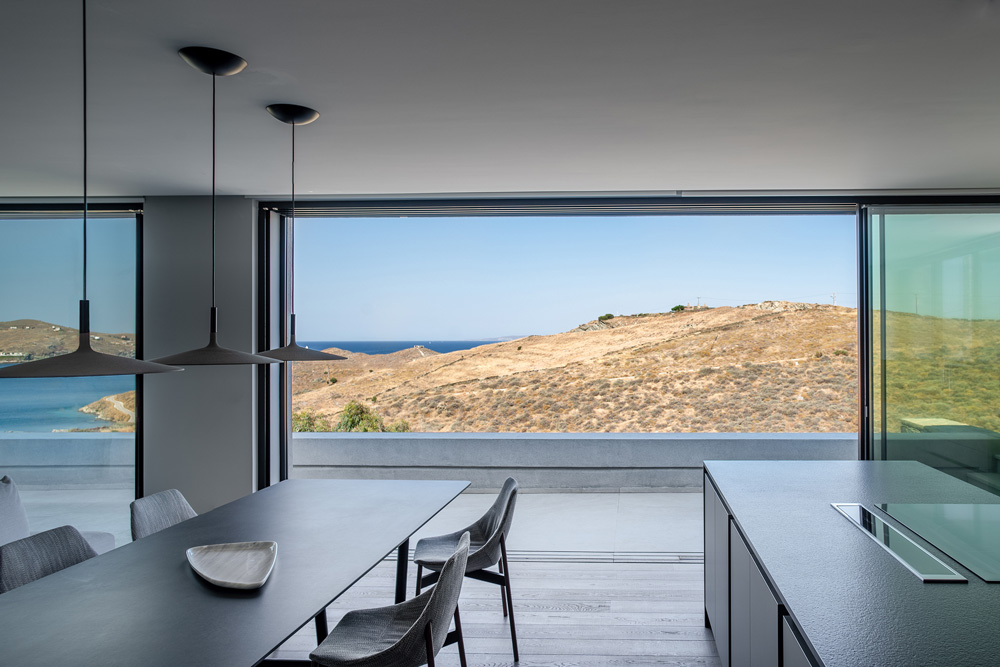 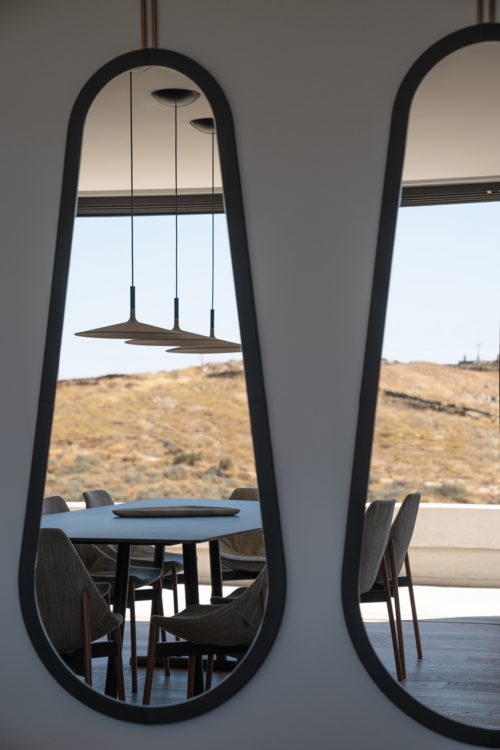 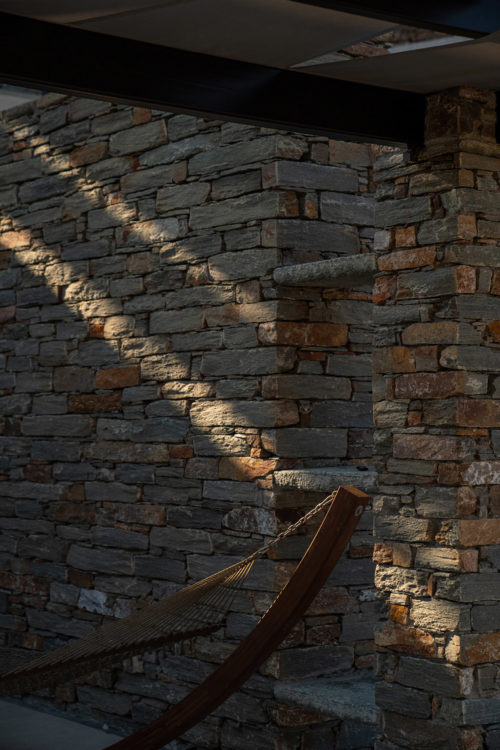 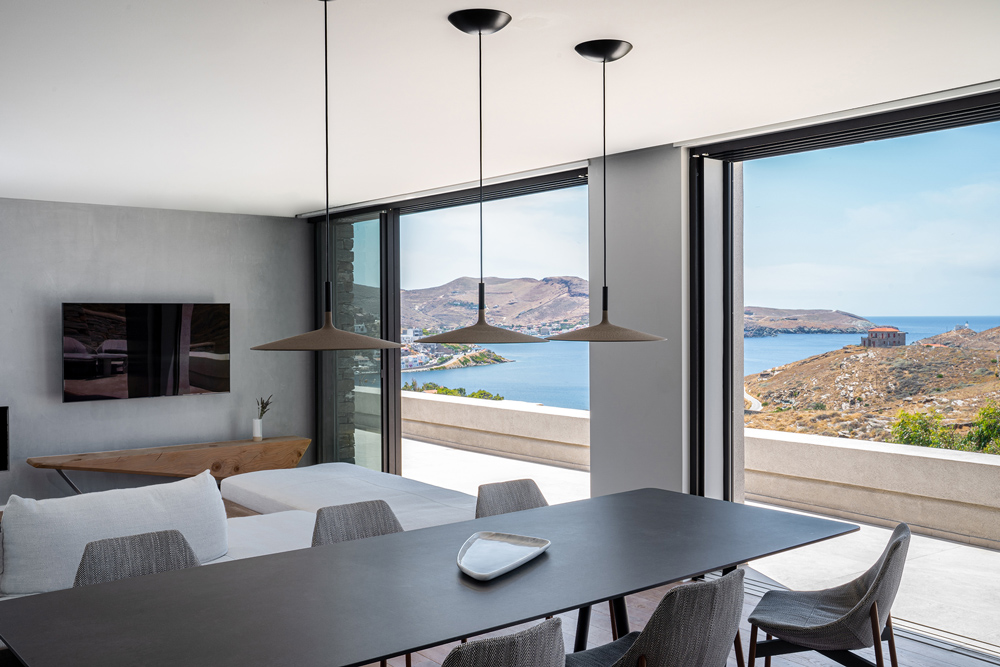 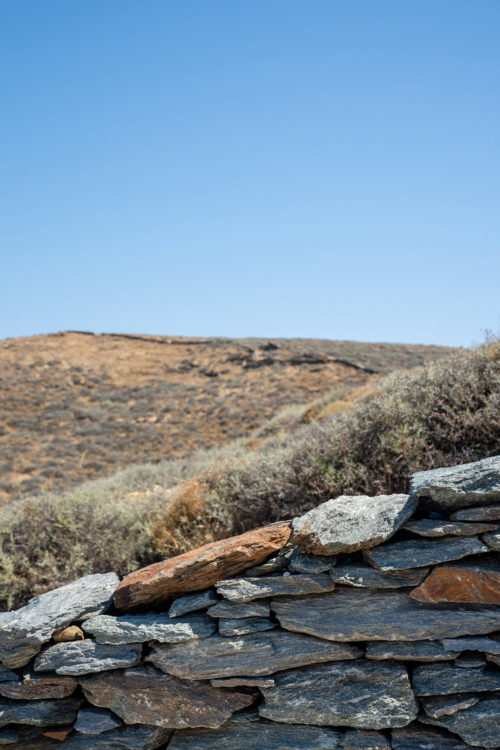 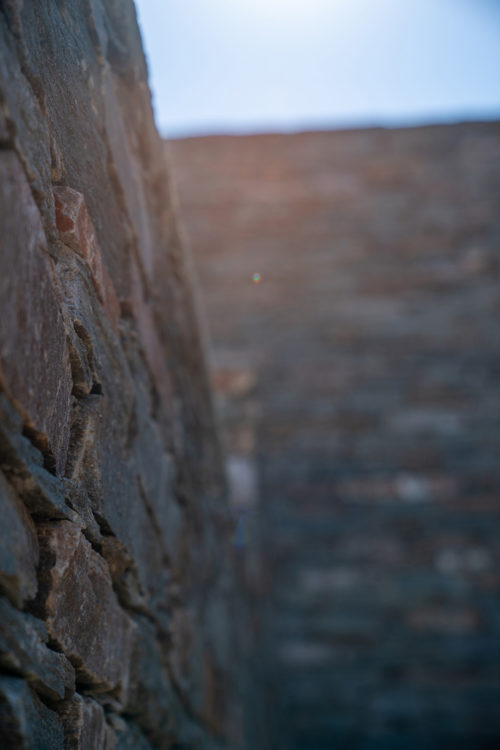 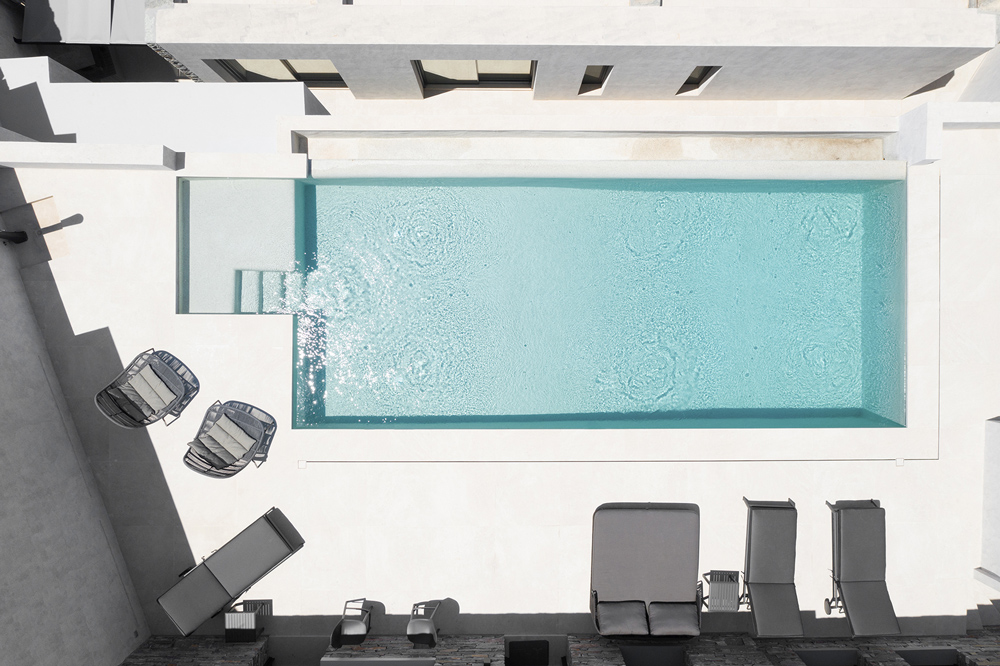 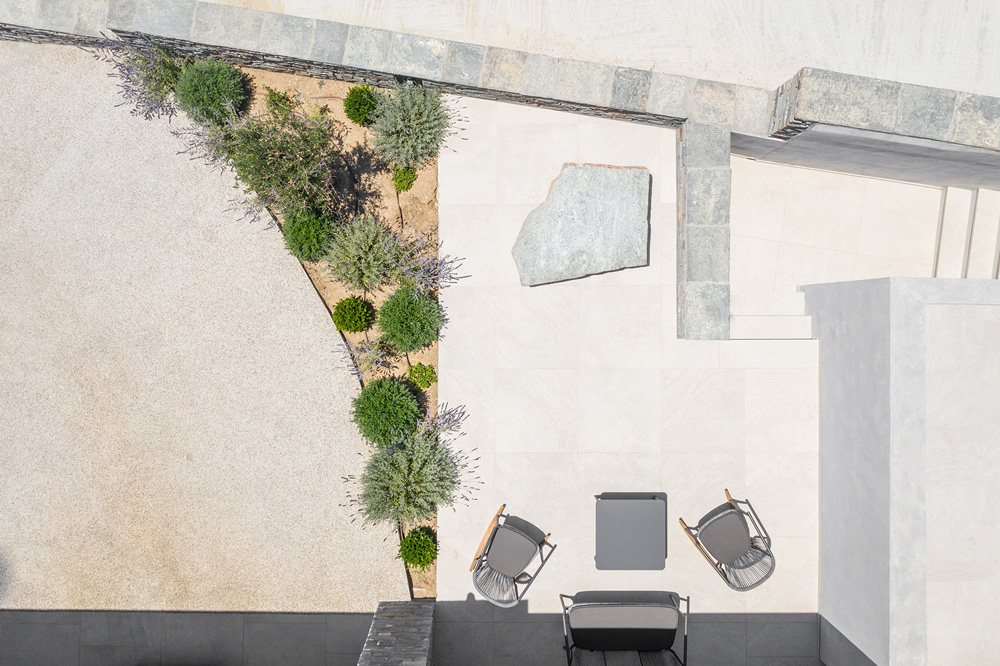 House in Sikinos island by Kapsimalis Architects November 1, 2020 The house is placed in the traditional village of Chorio in Sikinos Island, overlooking the Aegen sea and Sikinos’s wild and dry landscape. The main access to the house is…