A mid-war era urban residence within the Venetian city walls has been restored to house Domus Ariadne, a unique boutique hotel. It was re-built in 1946 after being almost completely destroyed during World War II bombings and functioned as an architect’s office for the past decades.

The main objective was to respect the character of the building while also presenting a fresh idea for the urban hotel. Architecturally the main structure and openings stayed mostly the same and were restored while the interior design was influenced by the work of the Italian artist Giorgio de Chirico.

The use of the arch derives from de Chirico’s paintings. It is a dominant feature of the design appearing in doors, bannisters, cabinetry, etc.

In the 215 square meter building there is no space left untouched or unused, with alcove kitchens, multifunctional furniture and clever storage solutions like the ‘piano’ cupboard under the staircase. Toying with the perspective, as the artist does, also helped to make the spaces feel bigger.

The six rooms of the hotel, that lead off a central atrium, all differ in plan form, character and color palette, presenting the visitor with a unique spatial and sensory experience. Each room features a different mural inspired by de Chirico that influences the materiality, furnishings and architectural expression within the space. While all of them are different, they come together to form a continuous narrative within the restored residence.

The central atrium remains the main focus of the building, adhering simultaneously in the typology of the roman Domus, that inspired the hotel’s name, and the pre and mid war urban residence. Both typologies are limited in size, due to the confines of the city walls, but they both feature an internal courtyard or atrium which is surrounded by the communal and private spaces of the residence.

A protected oasis with an introverted feeling within the busy city was created by orientating the focal point of each hotel room towards the central atrium.

To the unknowing visitor the atrium is unexpected given the small façade the building presents to the quiet street, hence it was accentuated even more. Here the main inspiration for the restoration takes a new life with the three-dimensional interpretative construction of one of De Chirico’s paintings along the staircase. 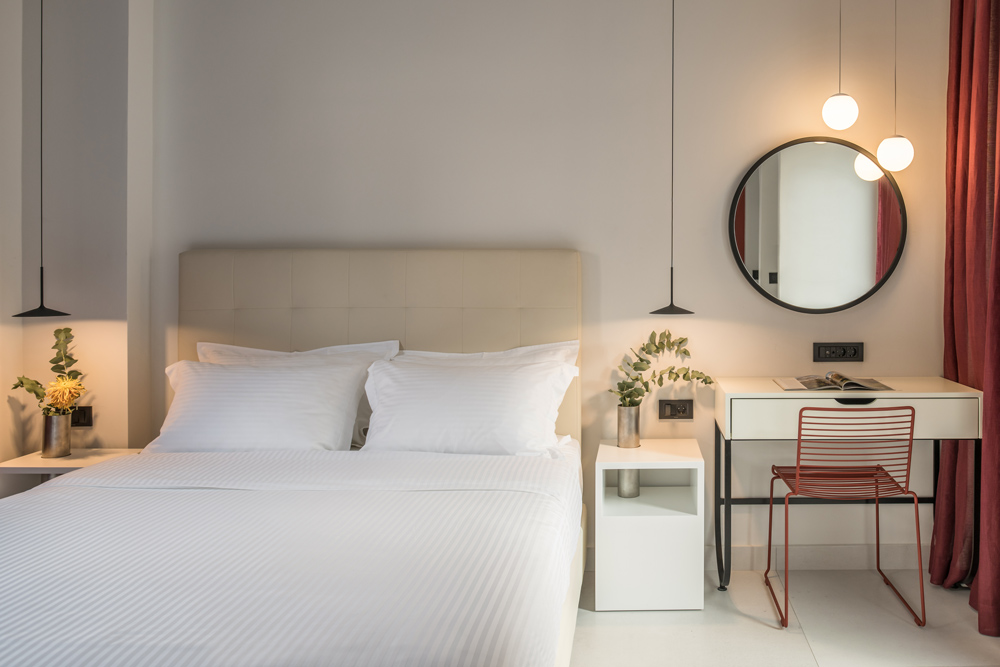 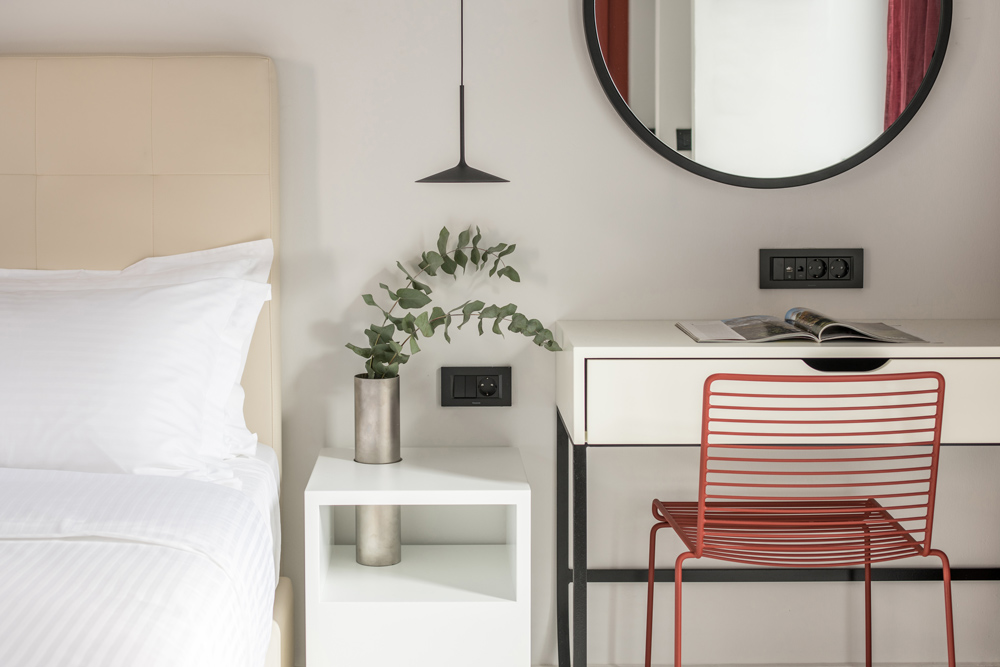 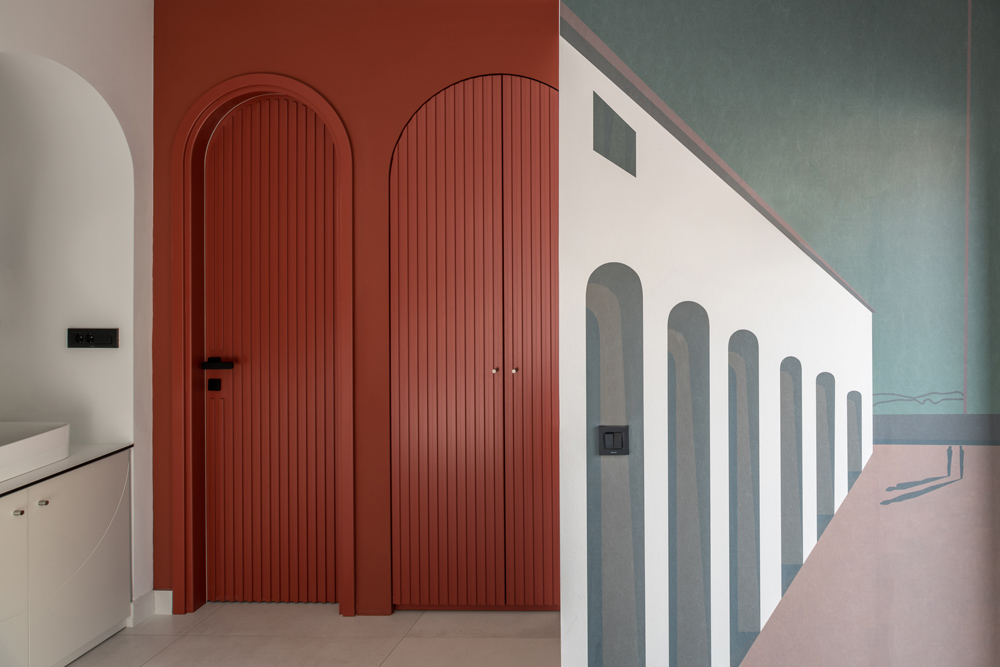 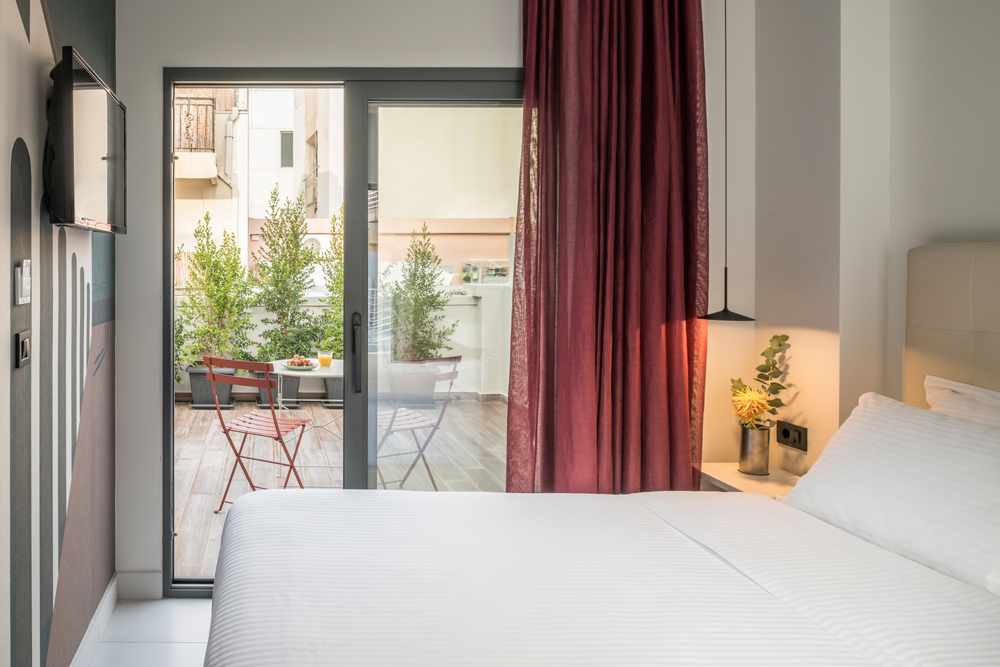 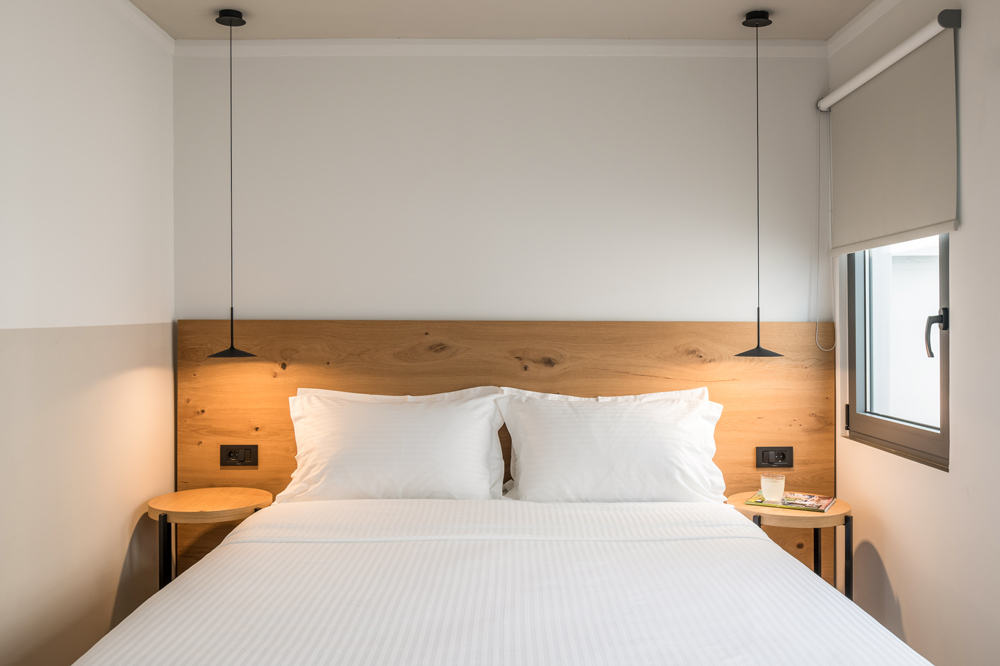 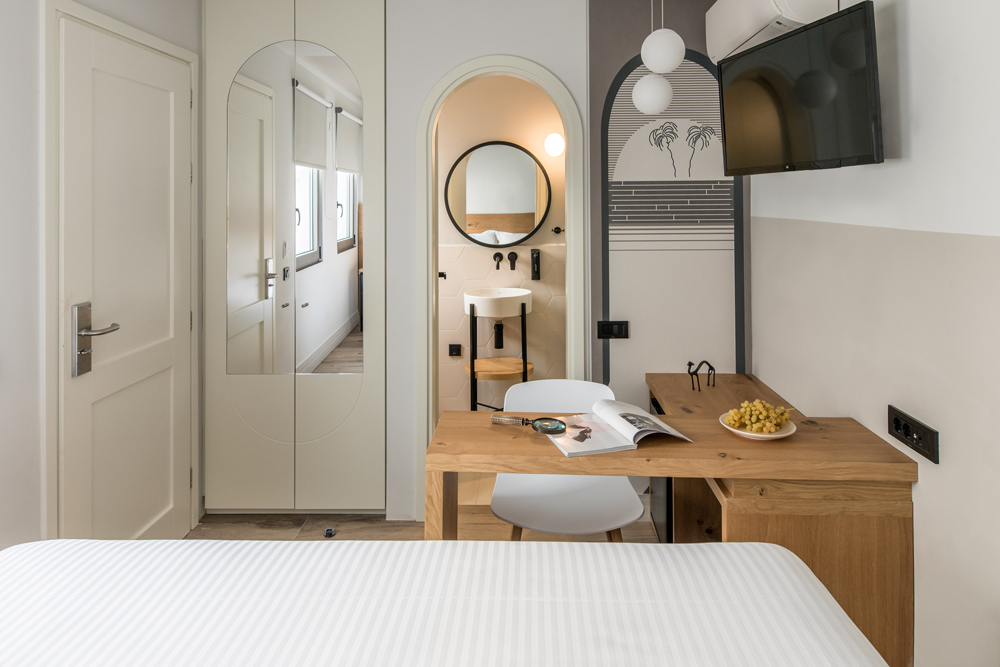 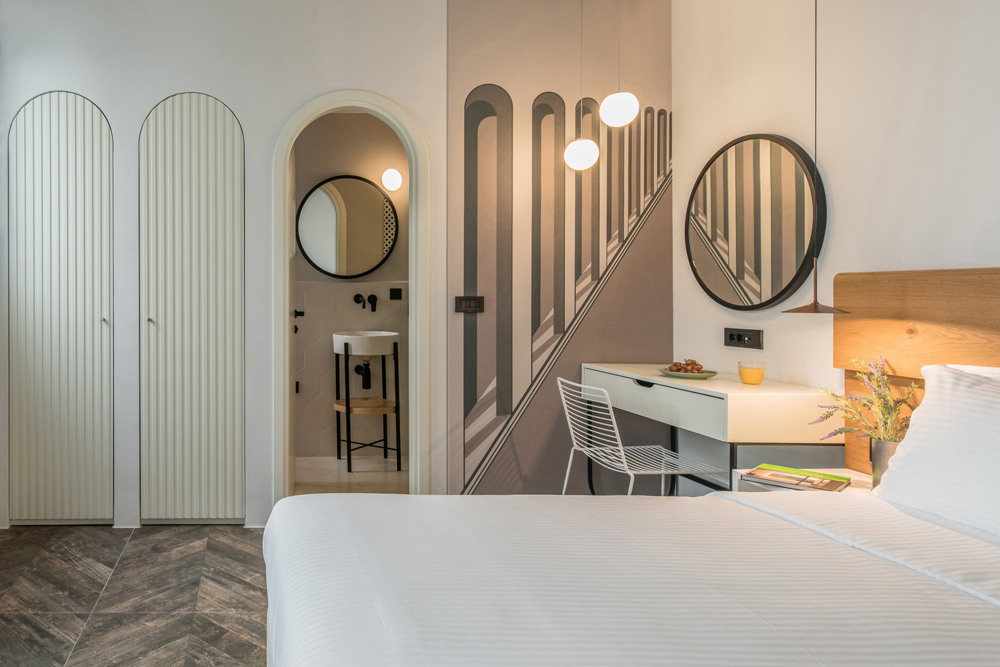 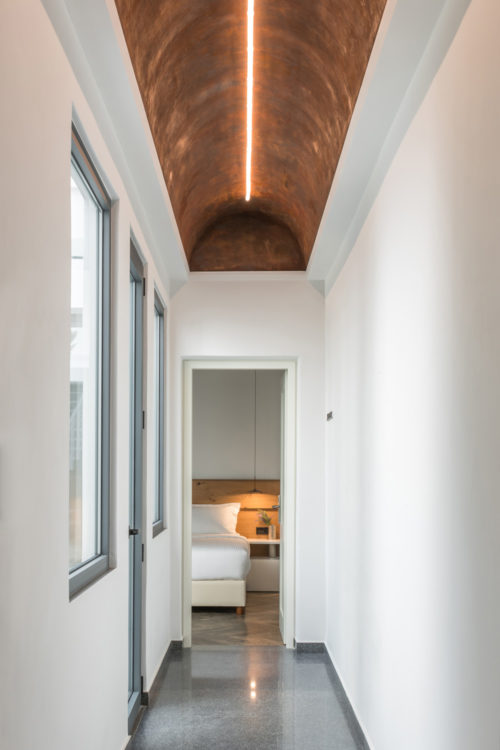 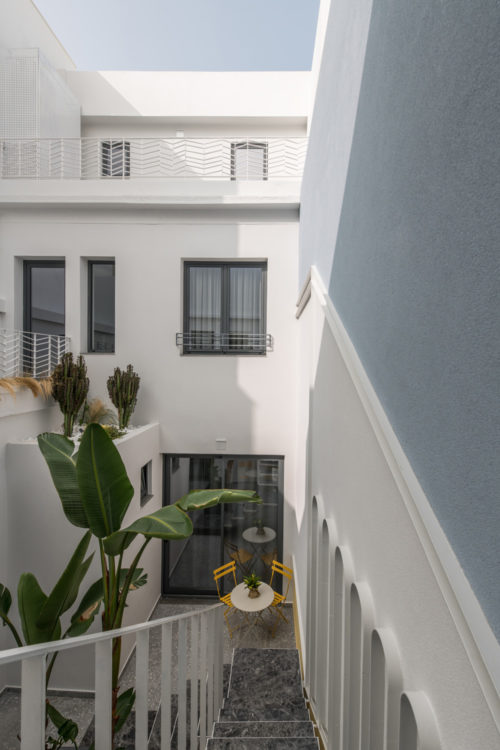 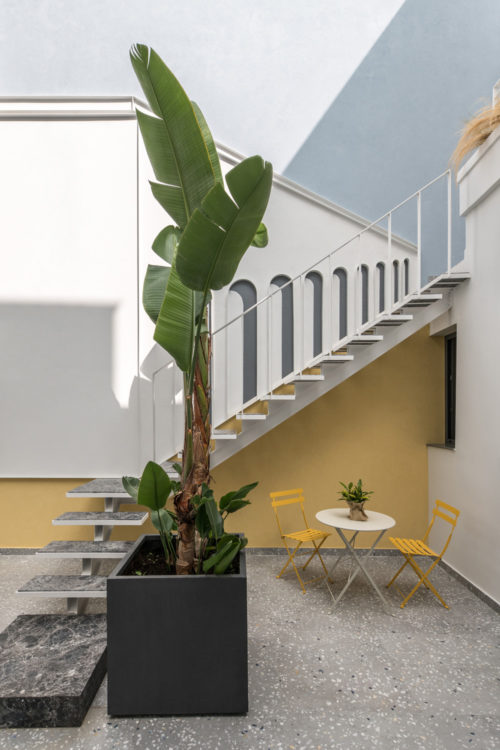 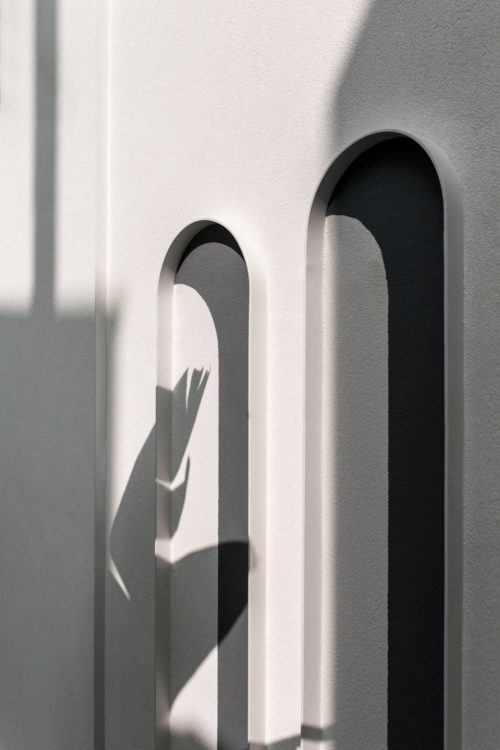 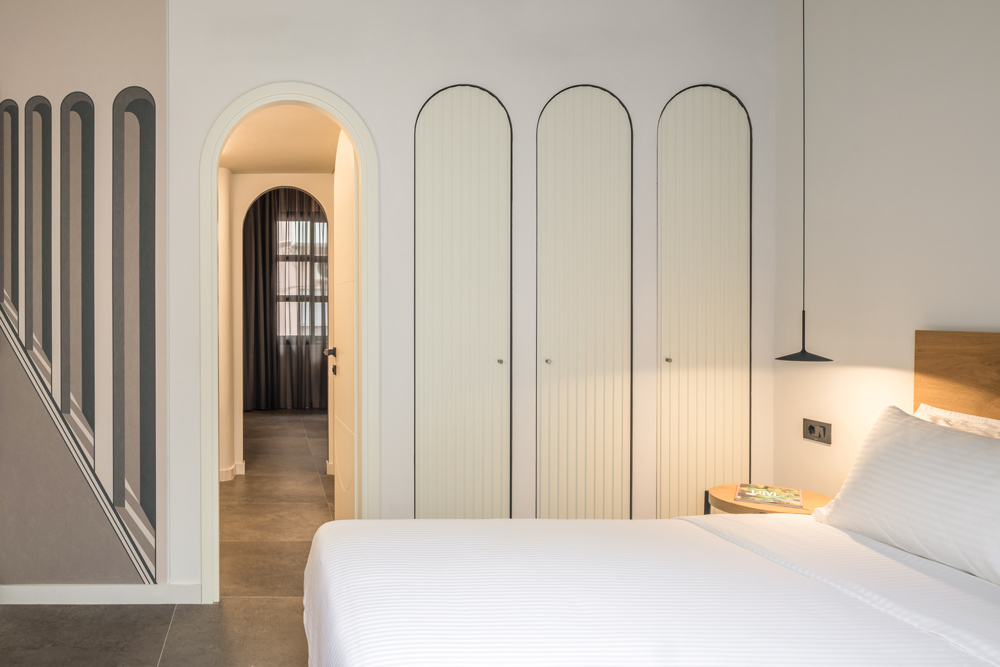 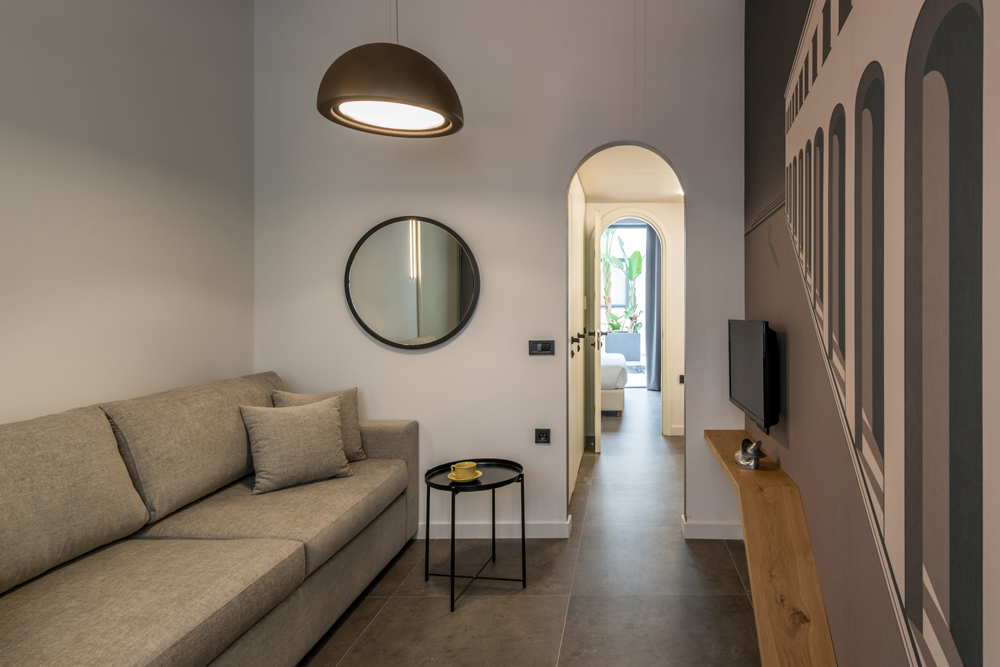 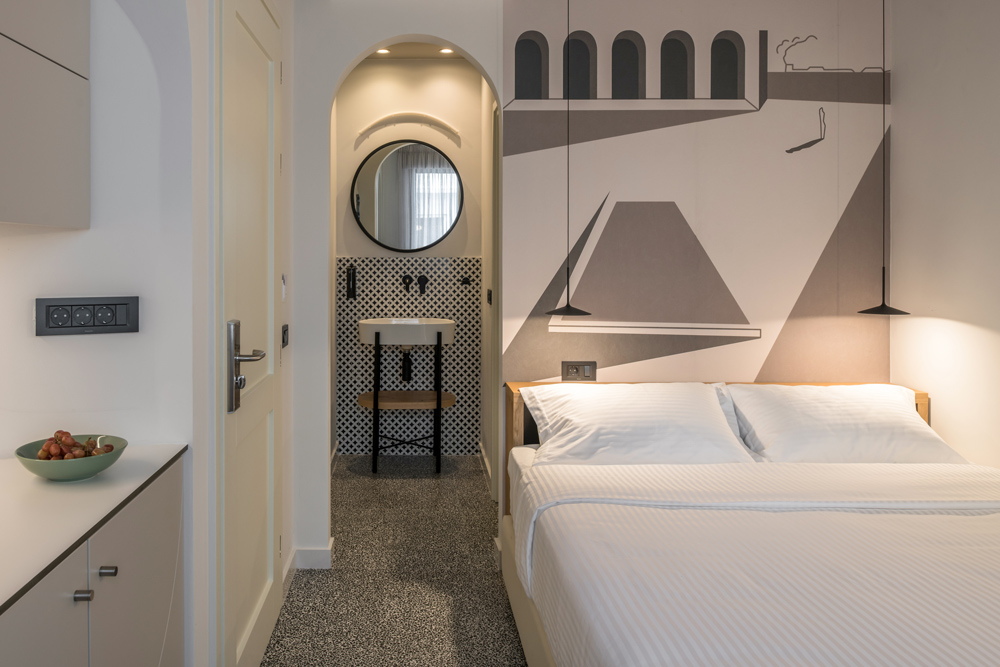 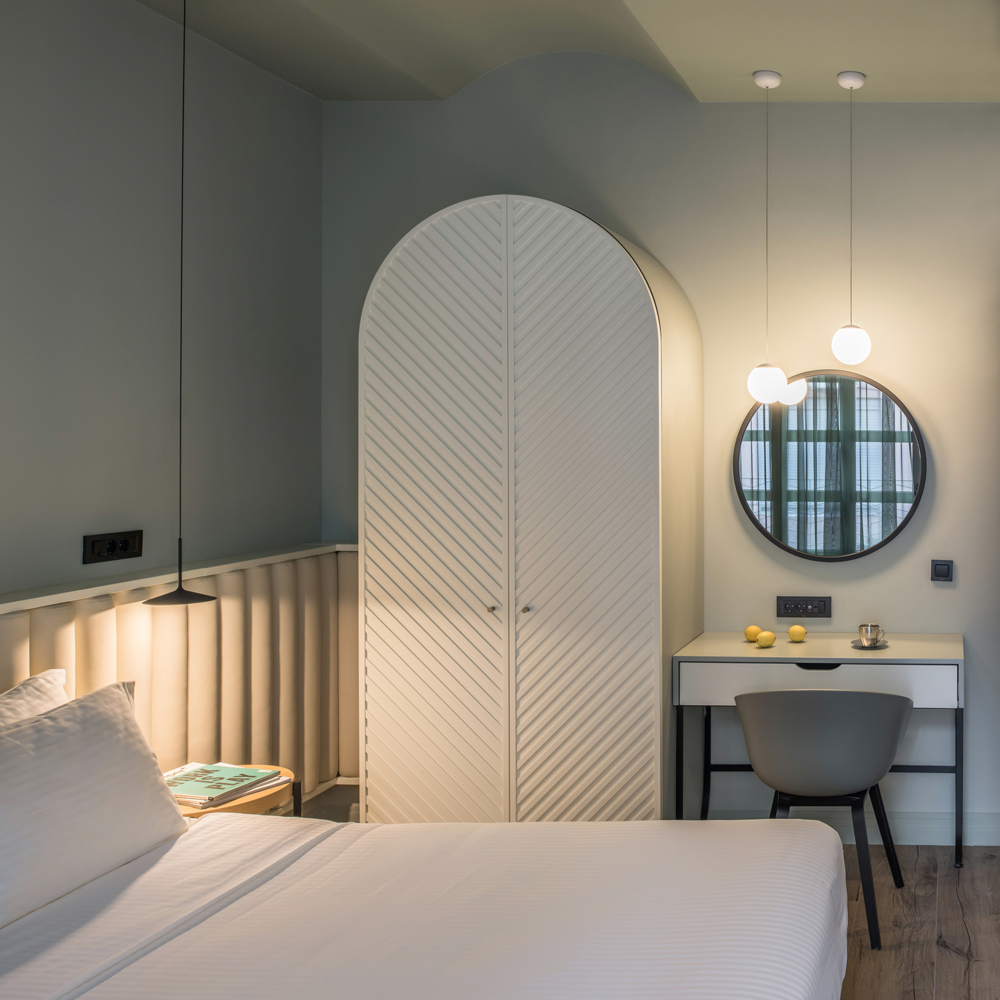 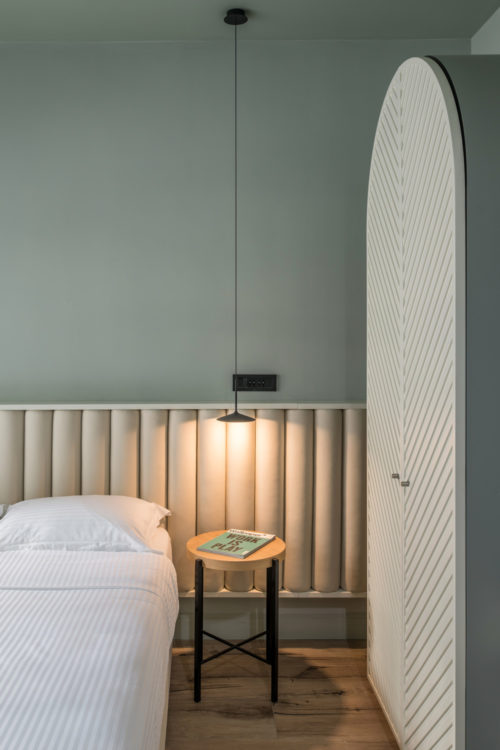 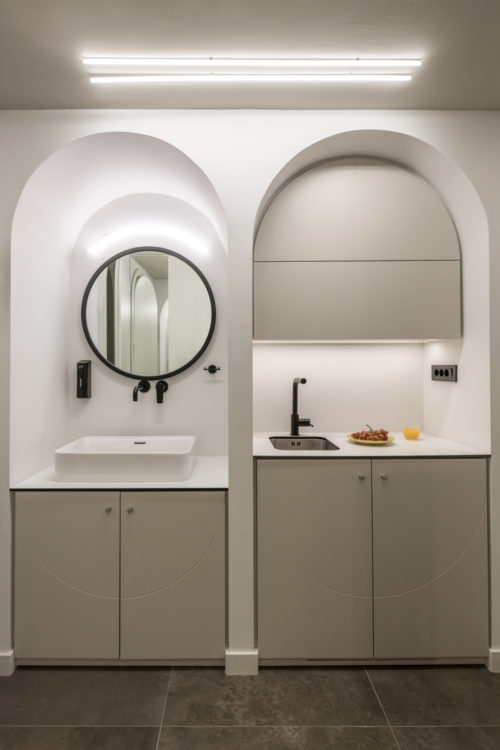 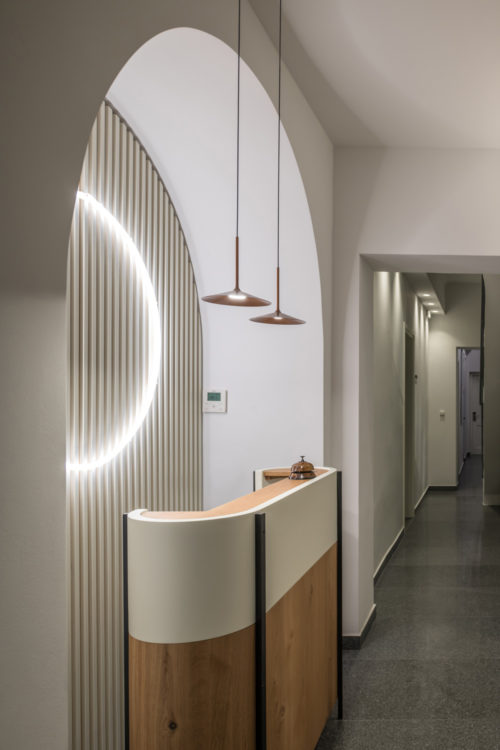 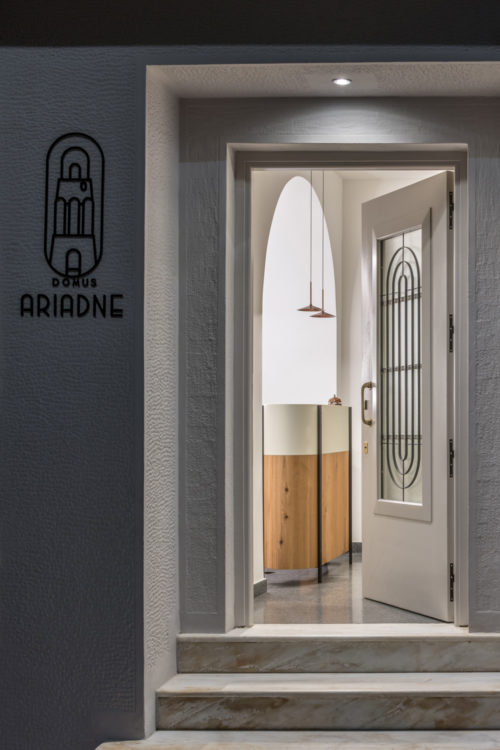 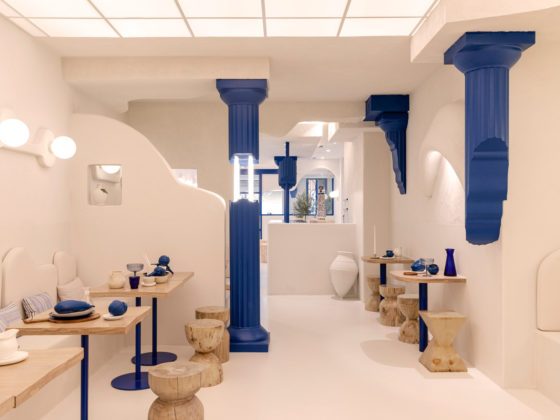 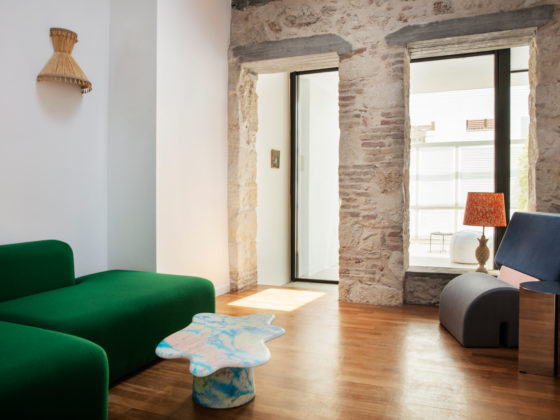 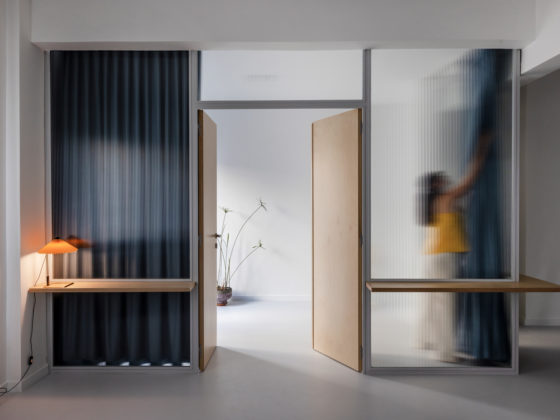 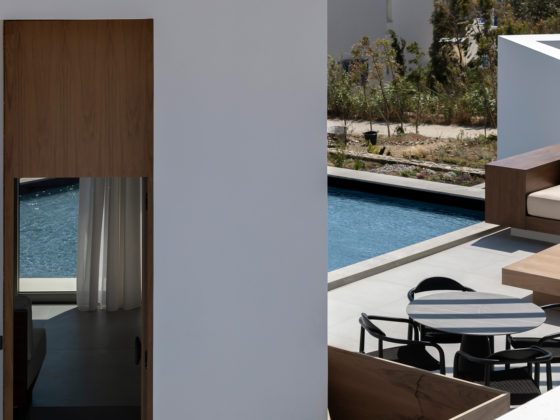 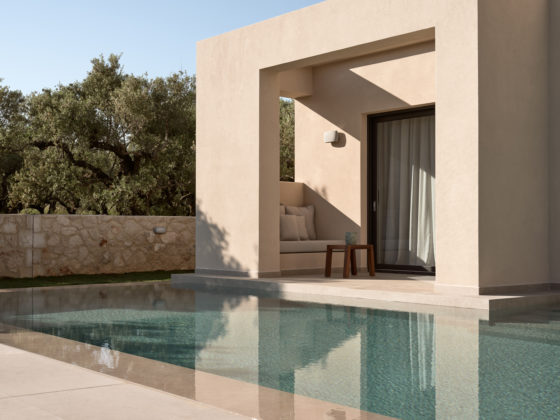 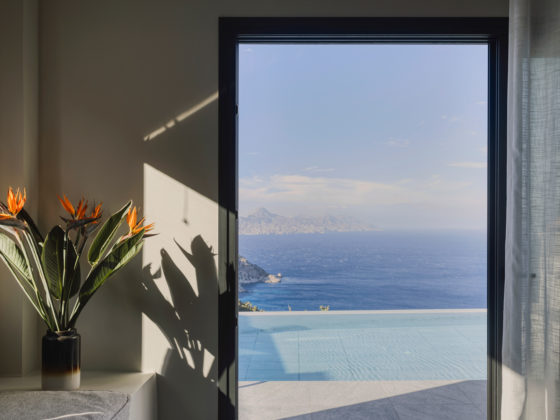