Located in the midst of a banana plantation in Sea Caves area, near Paphos, Cyprus, the design of this house unleashes its living spaces beyond its concrete and wood interior, spilling them among the banana trees. The ground floor layout is focused around the long swimming pool, with the kitchen, dining and living areas placed on one side. They are connected to the library, on the opposite side of the pool, via a glass corridor. The corridor runs along the width of the pool, making the water a focal element of the living spaces.

The separation of the library from the rest of the house differentiates its function as a more quiet and private space that can also be used as a study. It has its own access to the garden, with concrete walls that define and separate the external areas and have built-in seating benches. The landscaping provides features such as planting beds and a waterfall into the pool, bringing the garden to life. A set of exterior walls define the external spaces. Similar details are designed for the interior, with insets in the walls creating horizontal surfaces for objects, devices (television) or for seating, and a shallow pit filled with sea pebbles. The use of concrete on the floor, walls and ceiling gives a public character to the space, with selected surfaces in white becoming accents. In the library, an entire wall becomes a wooden bookshelf, in a configuration that resembles architectural facades.

The upper floor consists of 2 bedroom suites, each in its own shell with no common walls. It breaks away from the layout of the ground floor and creates two different masses that add variety to the formal composition. The material palette is limited to boarded concrete, marine plywood and white paint, with large expanses of glass making the interior permeable and further integrating it with the courtyard and pool area, as well as the landscape and plantation beyond. The plywood-clad upper floor sits atop the concrete volume of the ground floor, appearing almost arbitrary in form, creating tension between the timber and concrete forms. 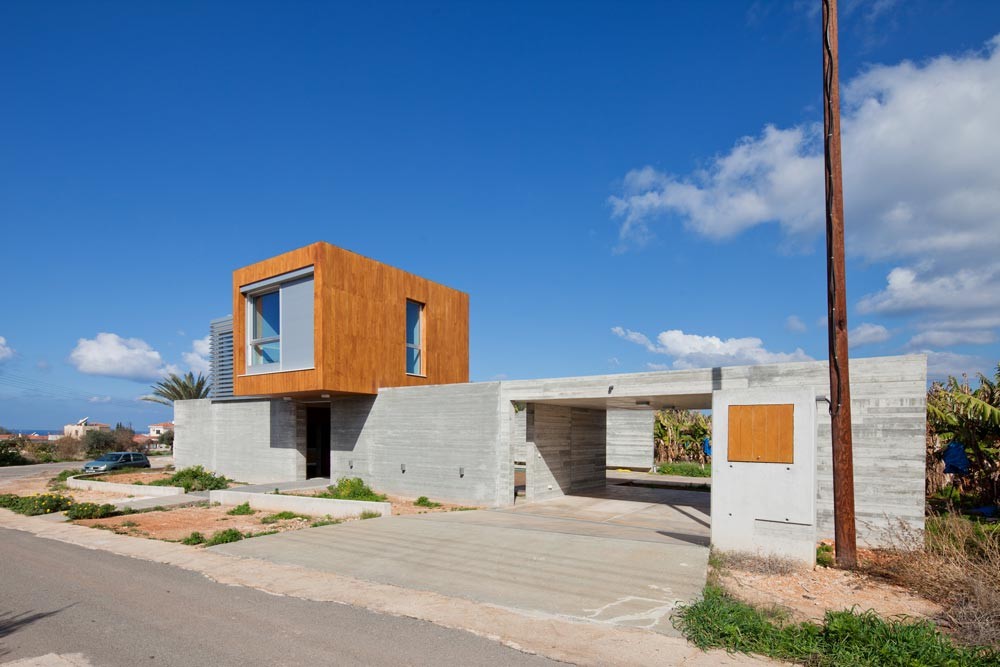 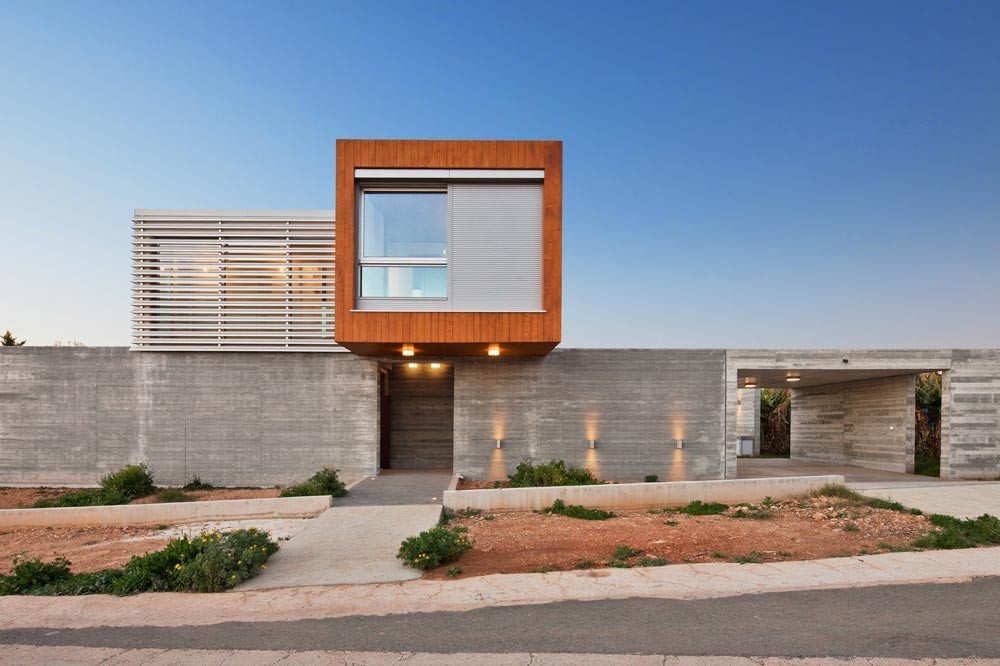 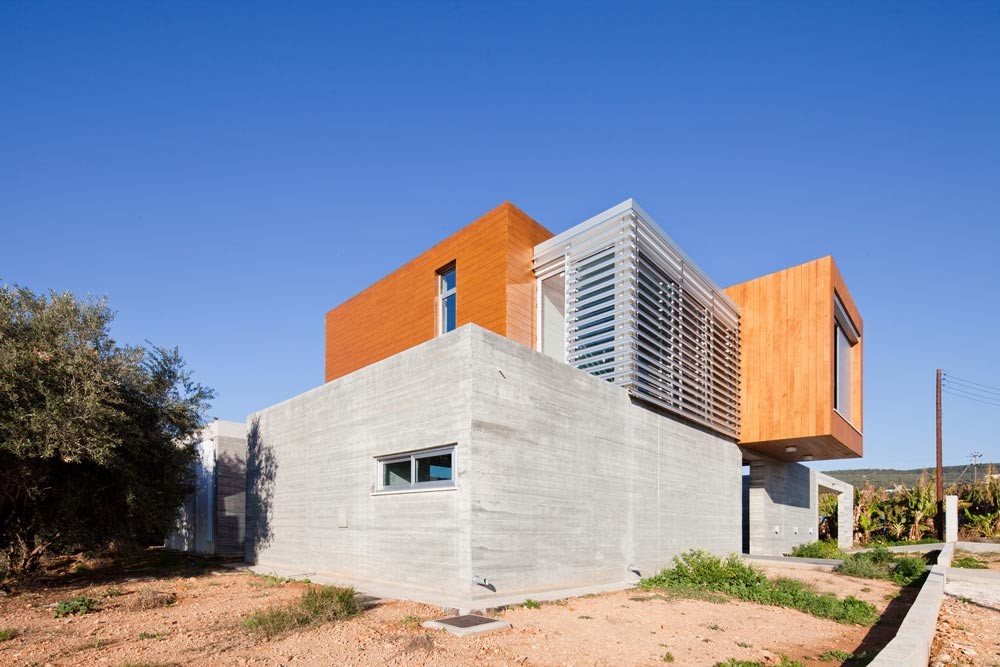 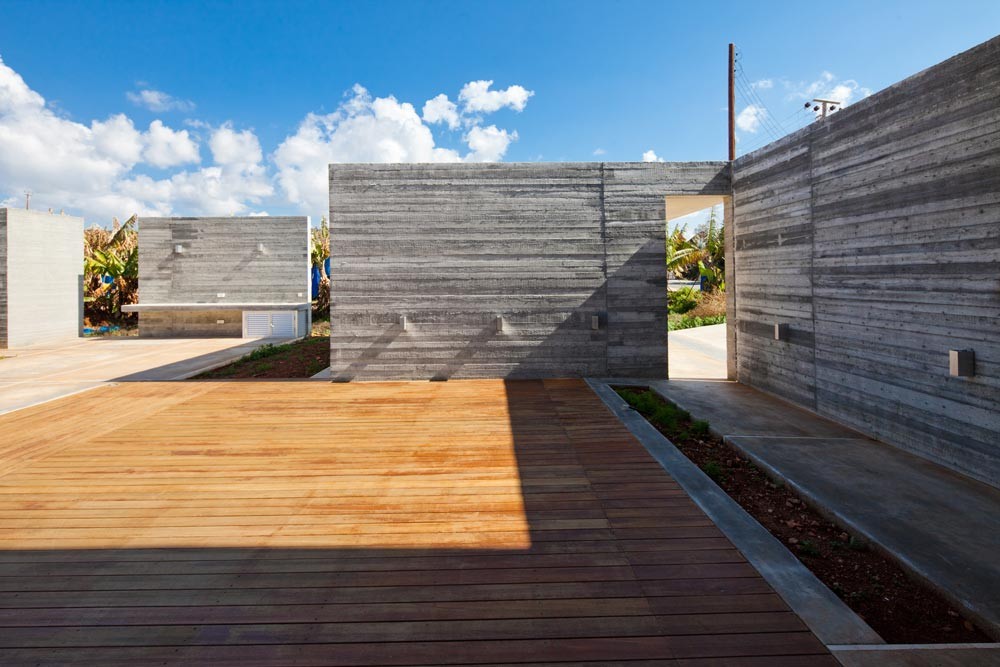 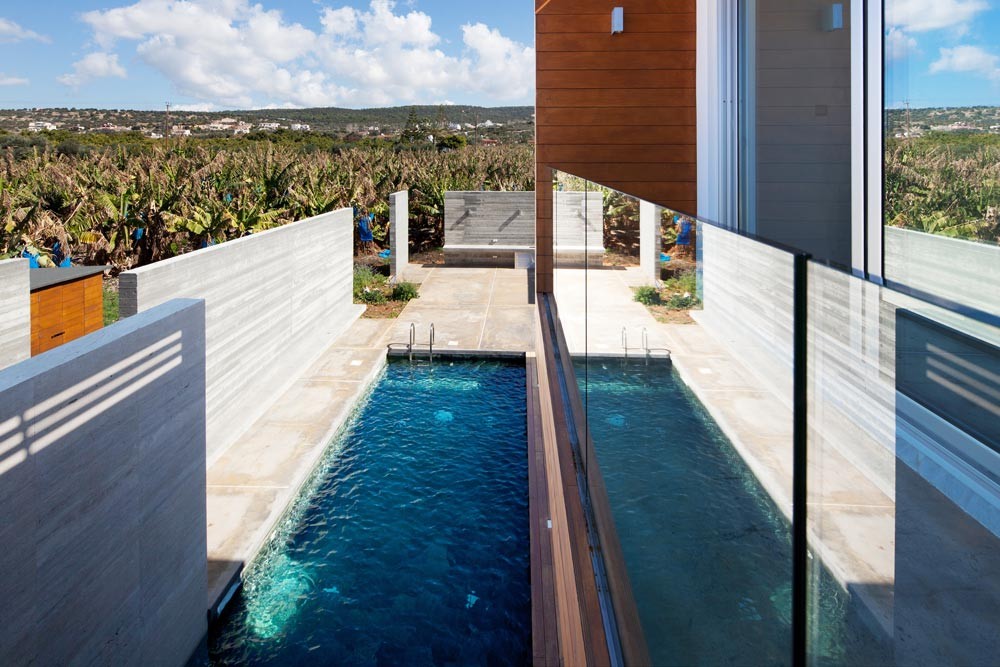 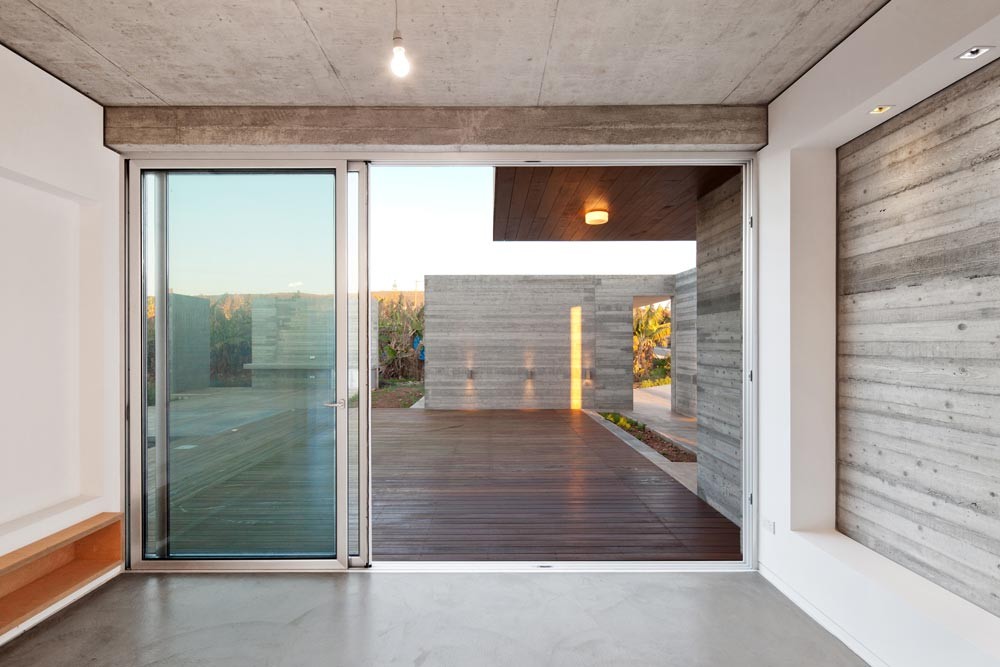 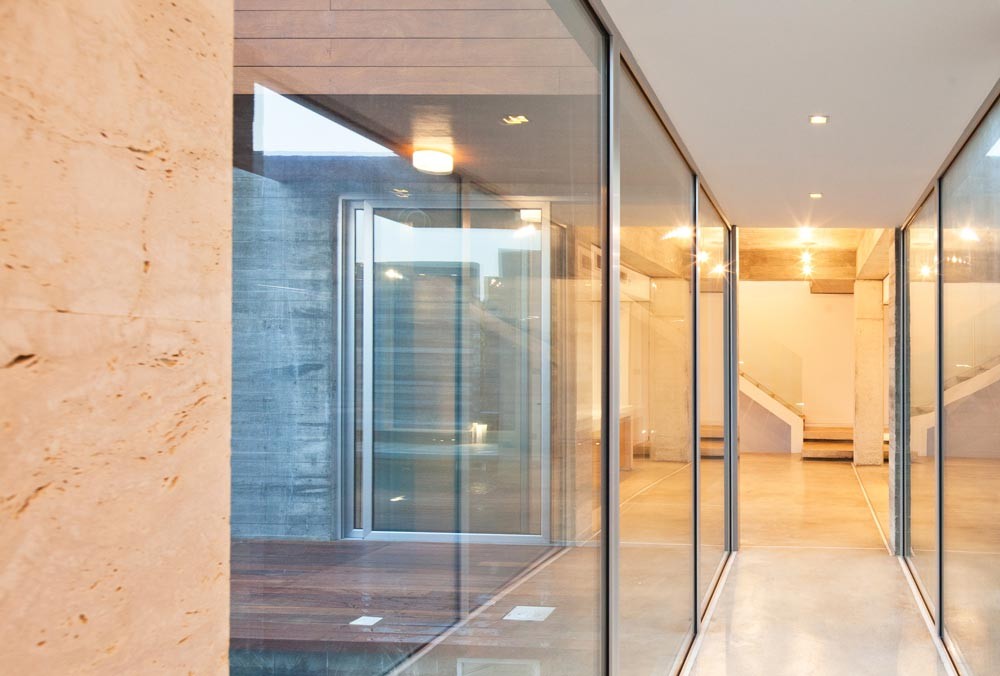 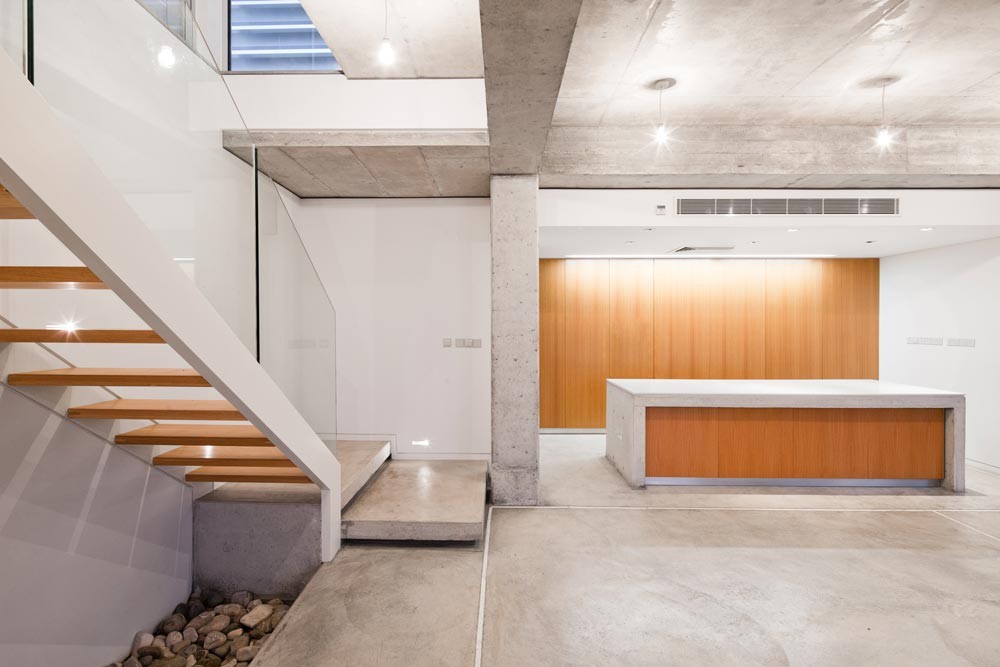 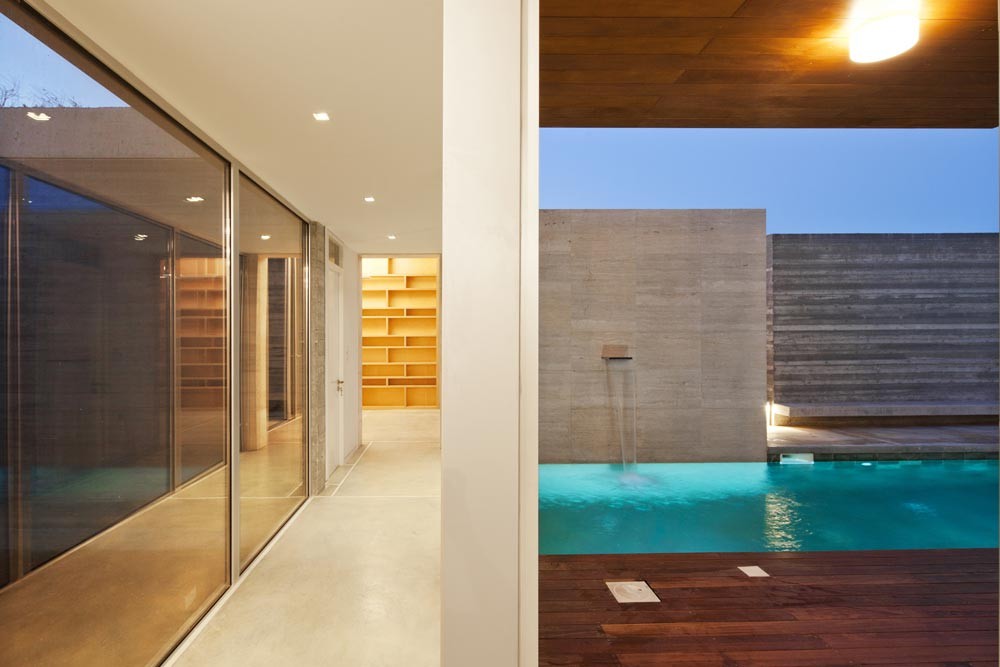 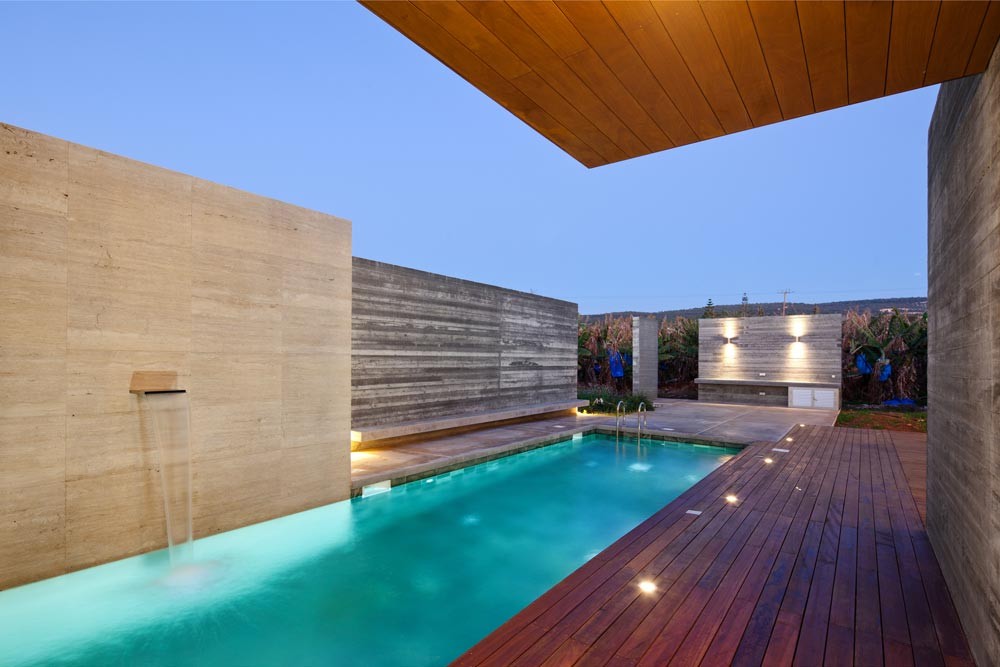 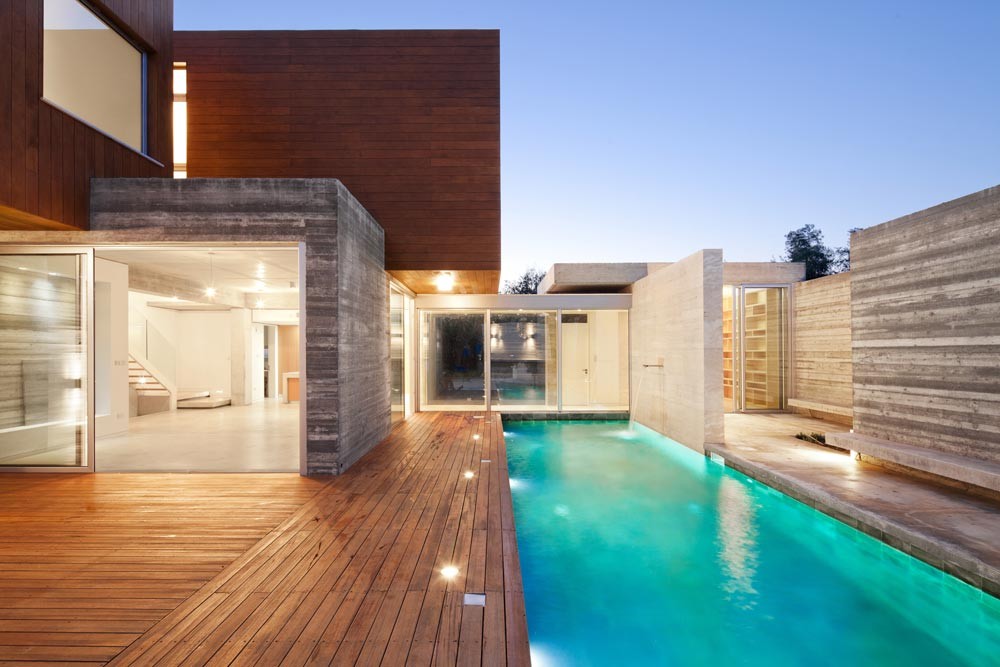 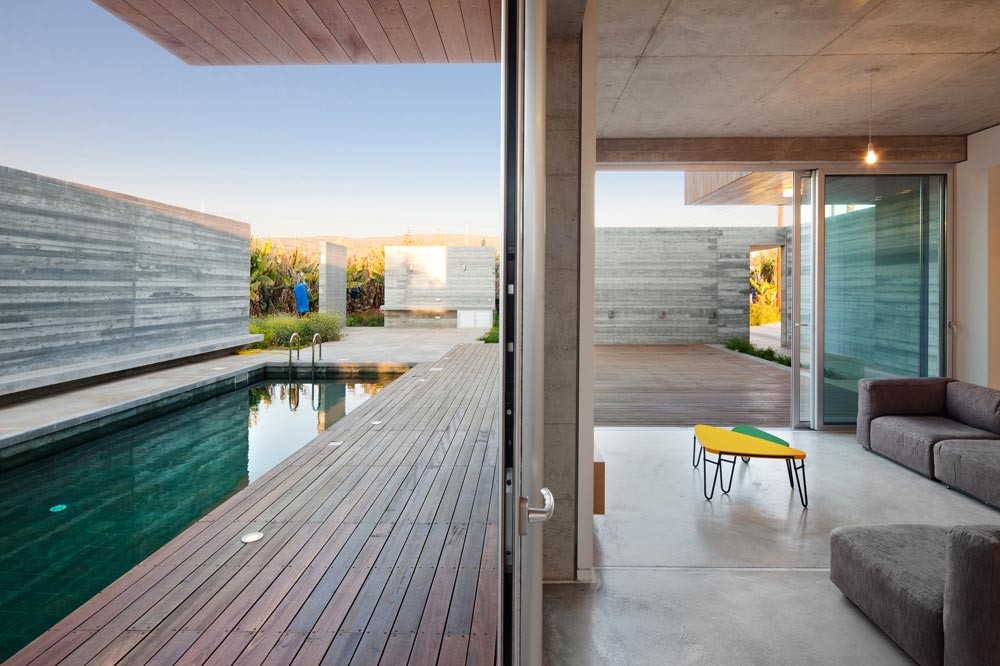 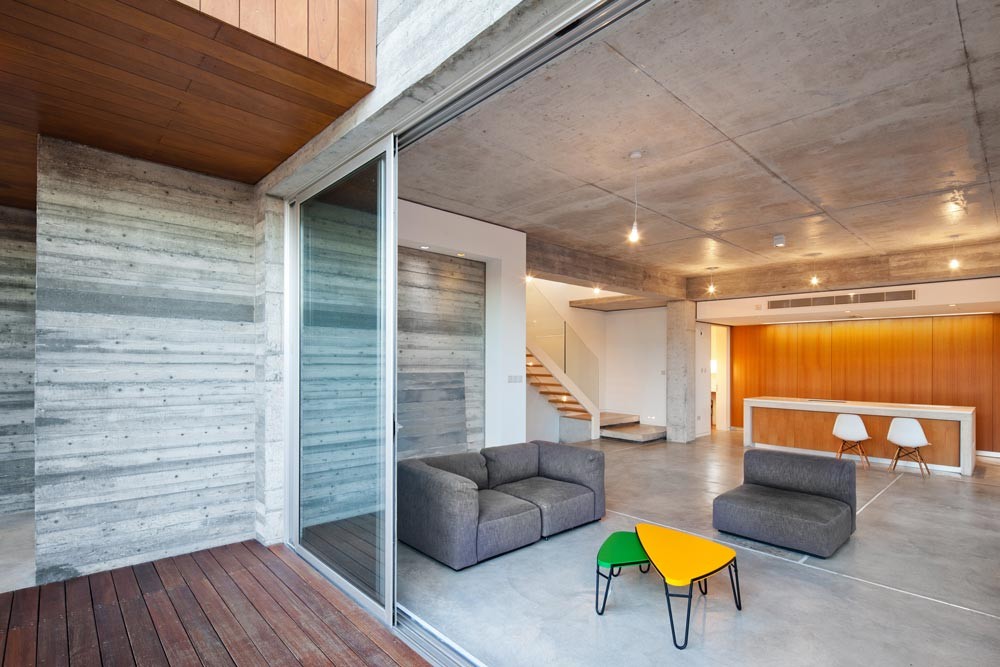 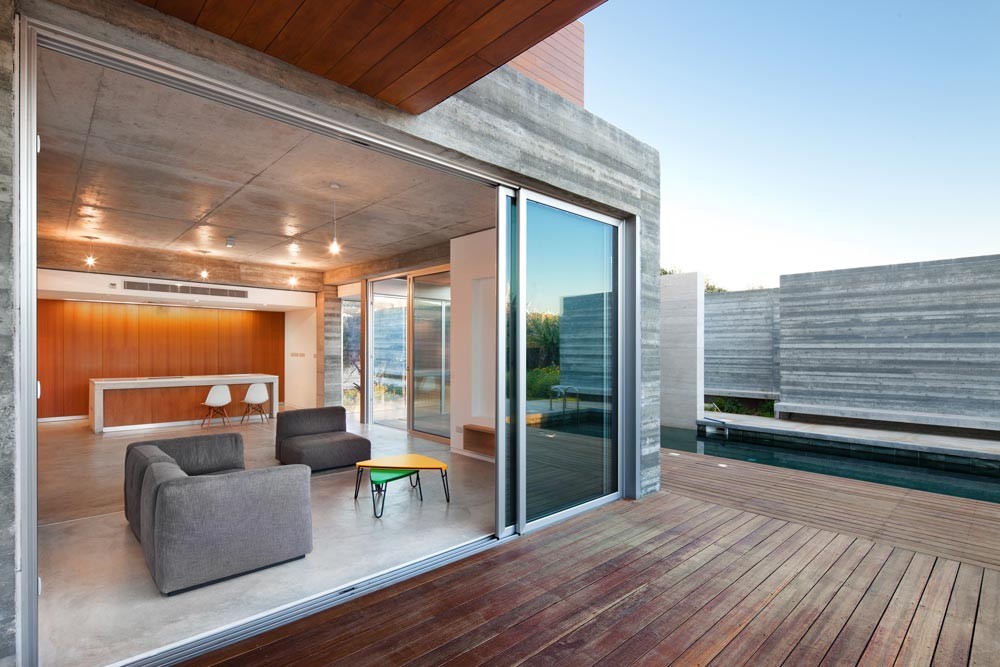 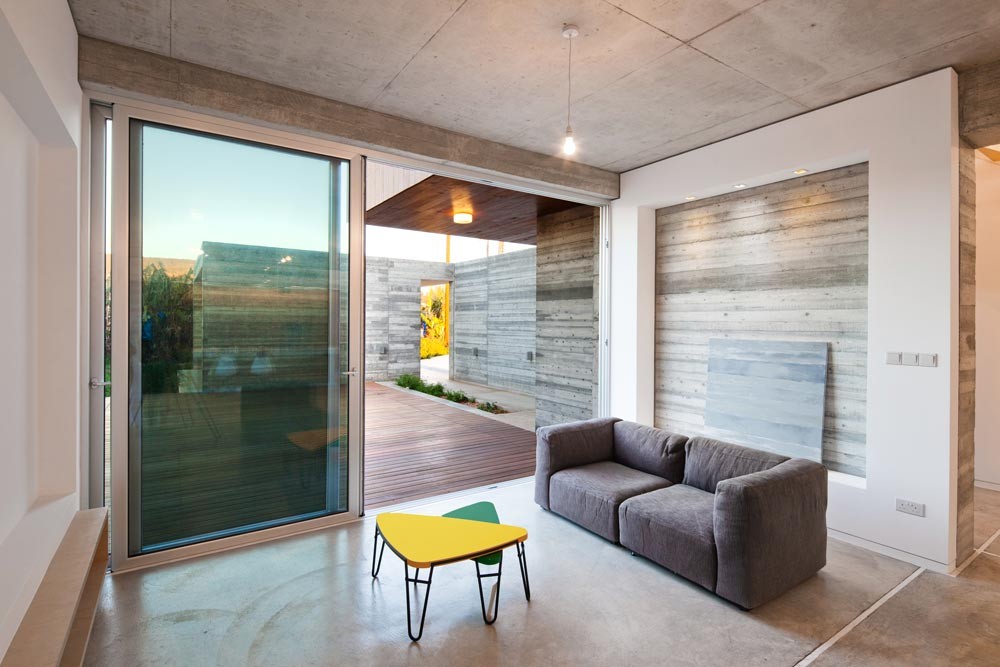 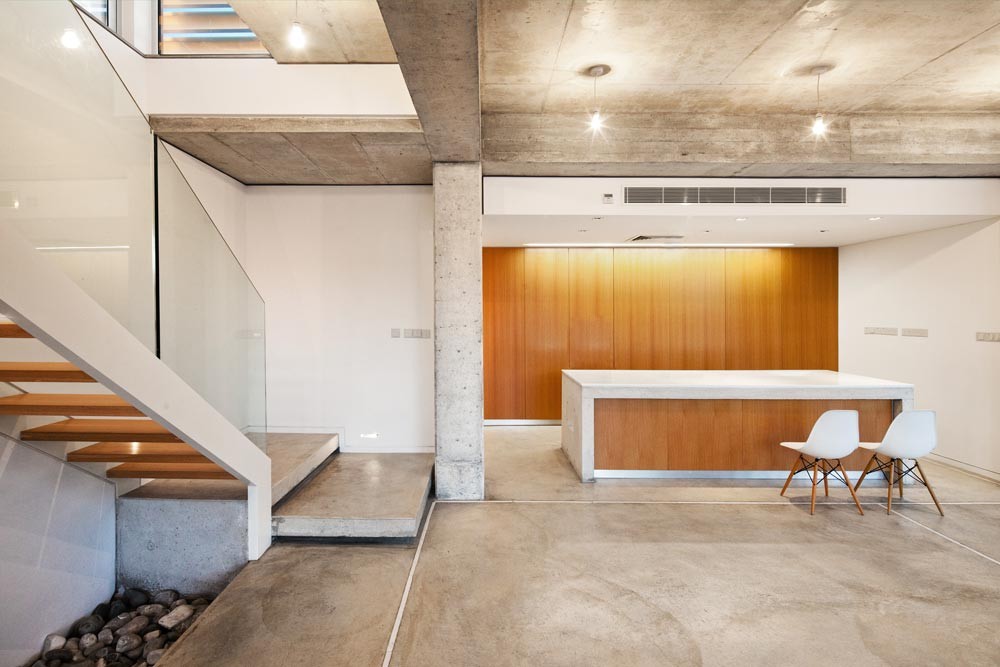 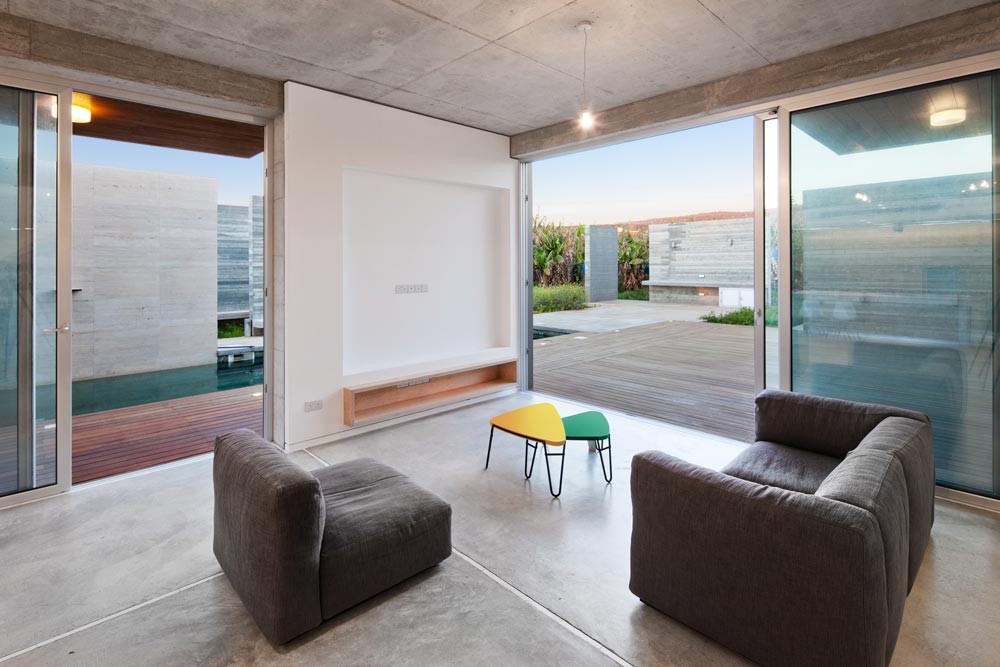 House in Skiathos island by Lydia Xynogala, alos May 22, 2020 A sloping triangular site facing the sea. A house as a series of adjoining rooms. Retaining walls, so common in the surrounding Mediterranean landscape. Here they contain the land and…

Summer house in Mykonos island by A Soul May 15, 2020 Developed along a plot of land with an idyllic view of the Aegean, Vi[g]la was designed to provide enjoyable and comfortable holidays to its guests. With an angle of more…