Located on the coast in a very pristine earea near Larnaca, Cyprus, this house comprises four ‘boxes’ placed around a central element, a ‘tower’. The house is intended for weekend getaways of a single father and his three adult children. The site is surrounded by the sea on three sides and the mountains in the North. Strong winds and rain are predominant throughout the winter months. Continuous sunshine, high temperatures and humidity characterize the summer season. The sparse use of the holiday house and the largely unspoiled state of the surrounding landscape required a space that could easily be locked up when the residents are not present and also provide safety when they occupy the house. In addition, private spaces were required for each one of the four family members. Programmatic requirements also included a communal space that relates to an outdoor yard and a high platform for viewing the surrounding landscape.

With regards to the design, a central tower is proposed that reinforces the feeling of safety and seclusion. A central stair that runs along the inside perimeter walls of the tower allows access to a higher platform on the roof offering unobstructed views of the coast and the mountains. Four boxes are suspended along the way. These function as individual and independent sleeping areas offering privacy both from each other but also from the common areas and the surrounding landscape. The tower functions primarily as the common space and food preparation area of the family. It also accommodates the vertical circulation space for the house. The solid walls of the tower prevent views of the outside as one climbs the stair. Contrasting this experience, the high roof offers unobstructed views of the surrounding landscape.

Daylight enters the central tower from the doors on the ground level and through the doors and windows of each bedroom looking into the nine-meter high communal area. The more windows overlooking the large space from the bedrooms are left open, the brighter the central space becomes. Daylight also enters the central space from the large sliding glass roof that allows access to the roof. The large space and individual bedrooms are cooled during the summer months through cross ventilation. The bedrooms, besides shading the patios, also protect the large doors from direct sunlight during the summer months. A dense mesh that rolls out of sight allows for natural ventilation and protects the four bedrooms from the summer sun. 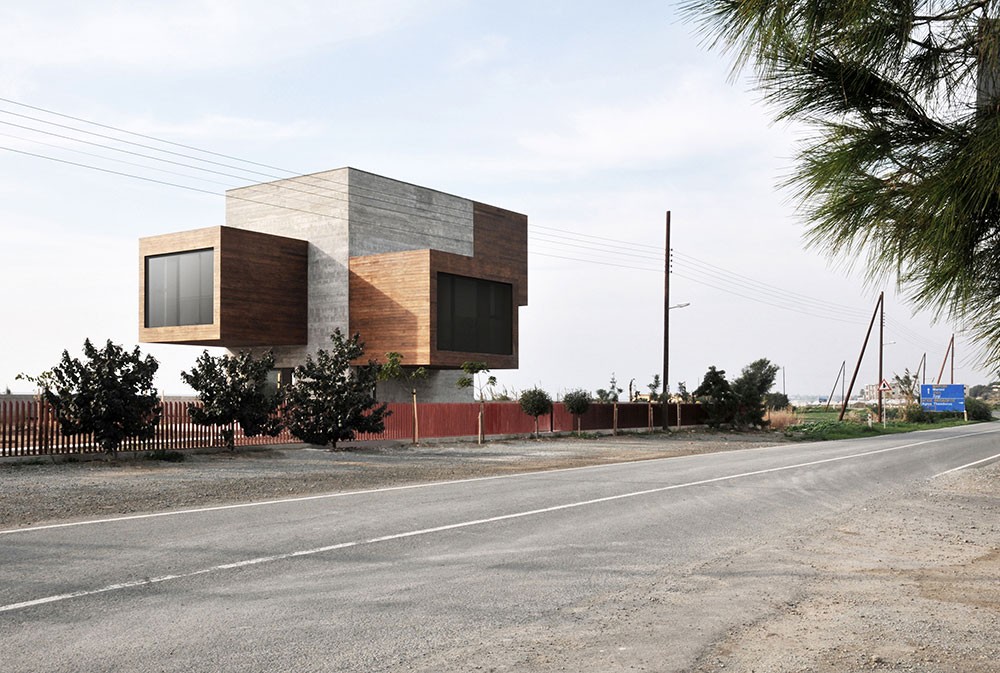 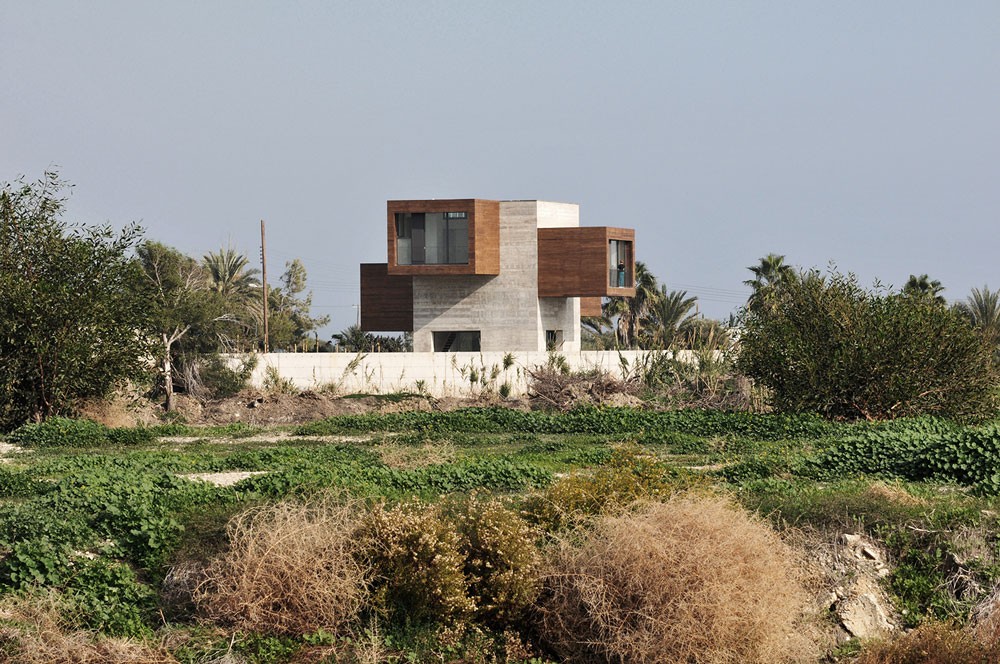 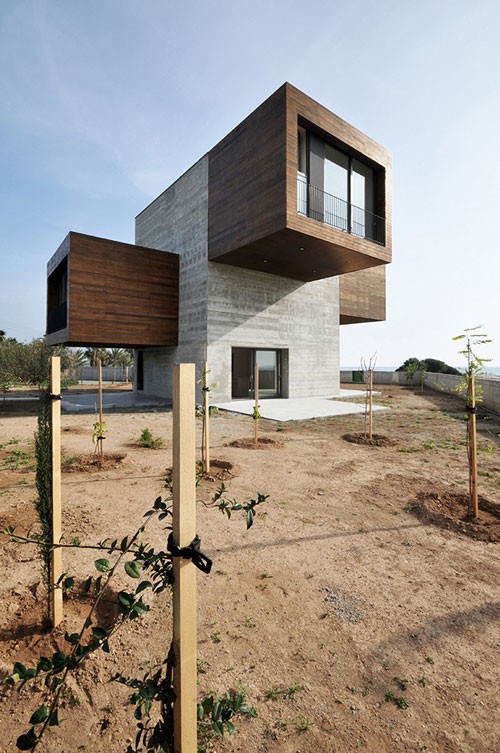 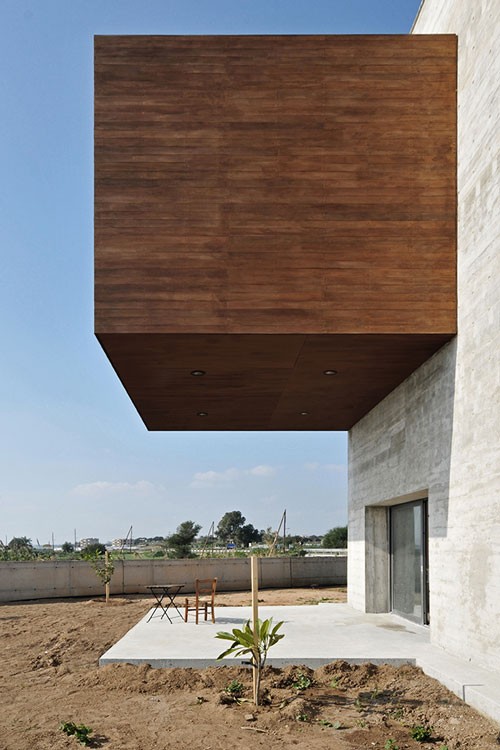 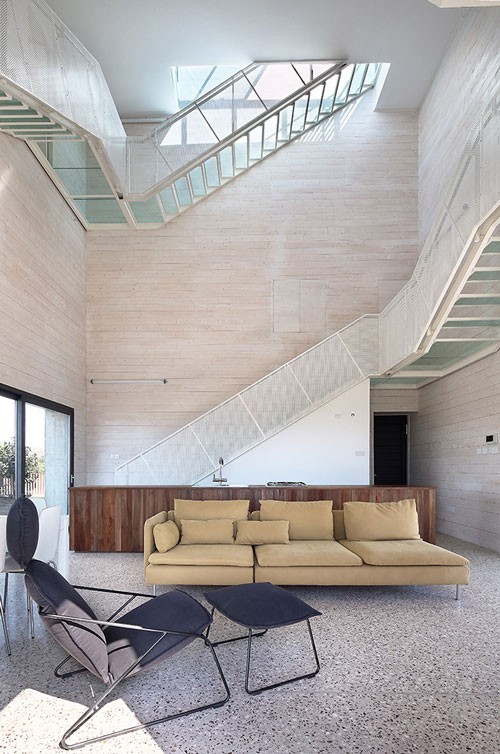 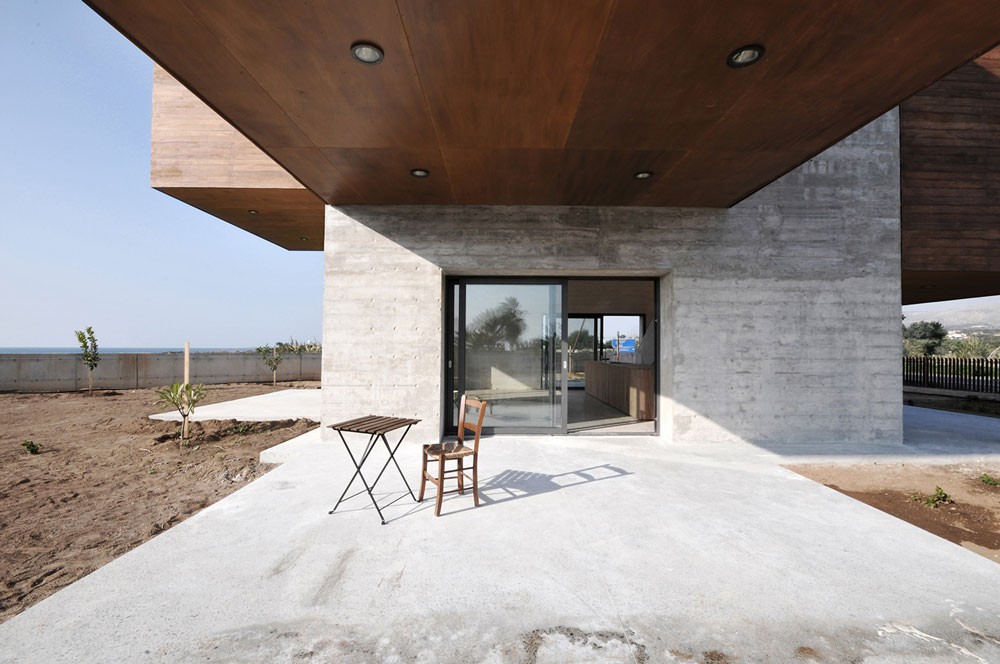 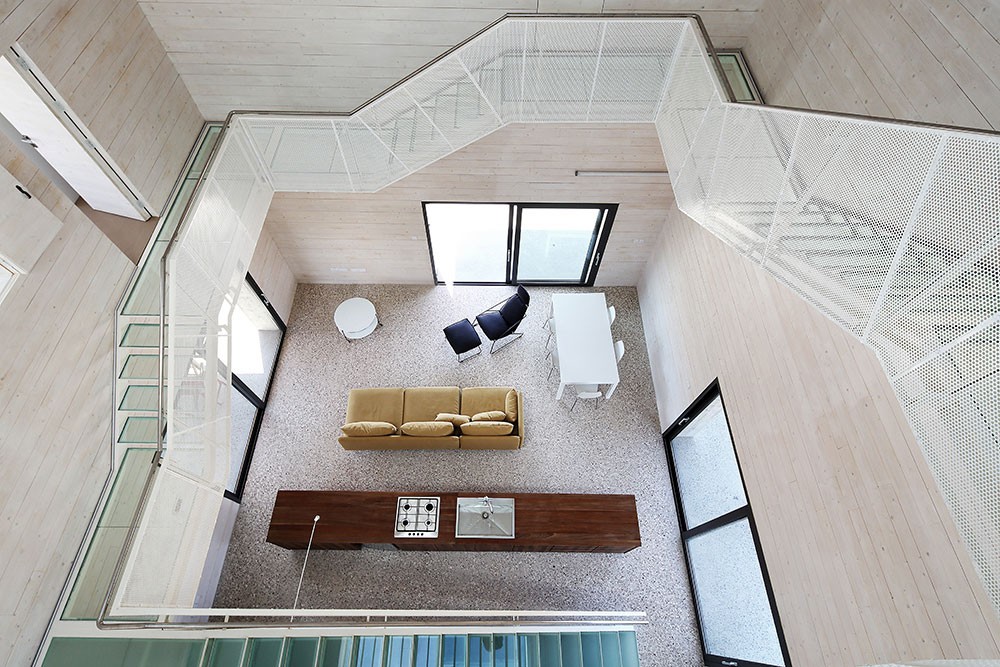 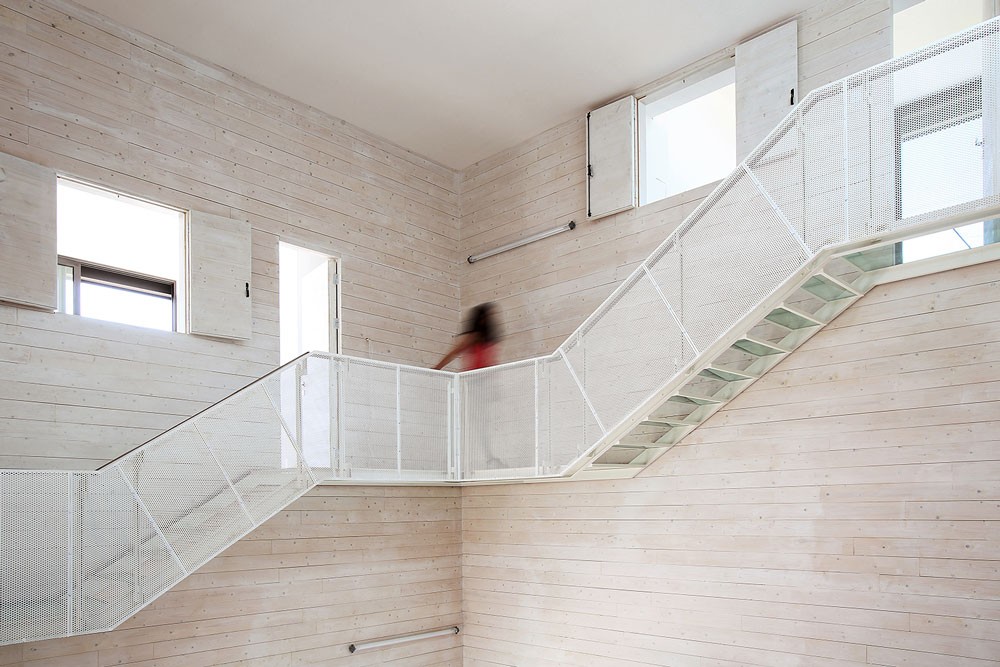 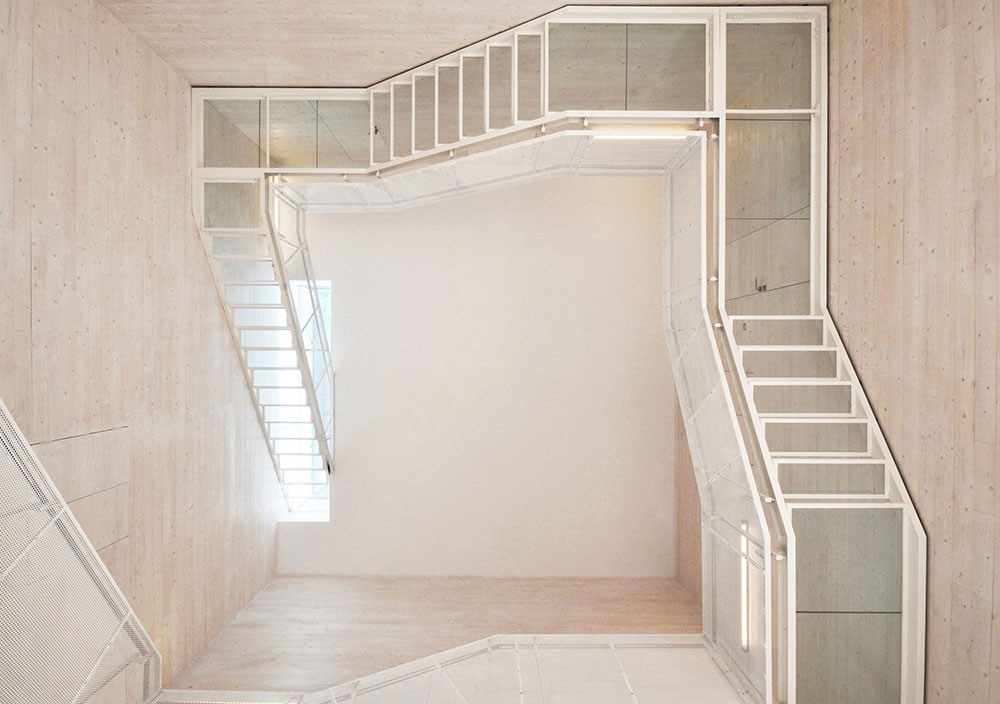 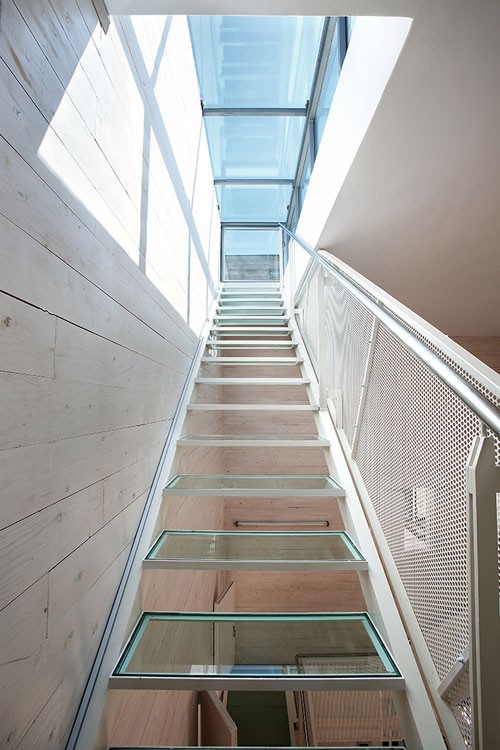 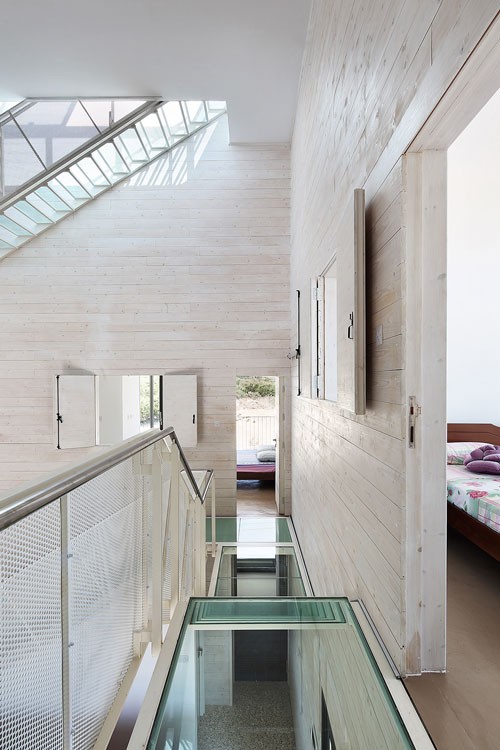 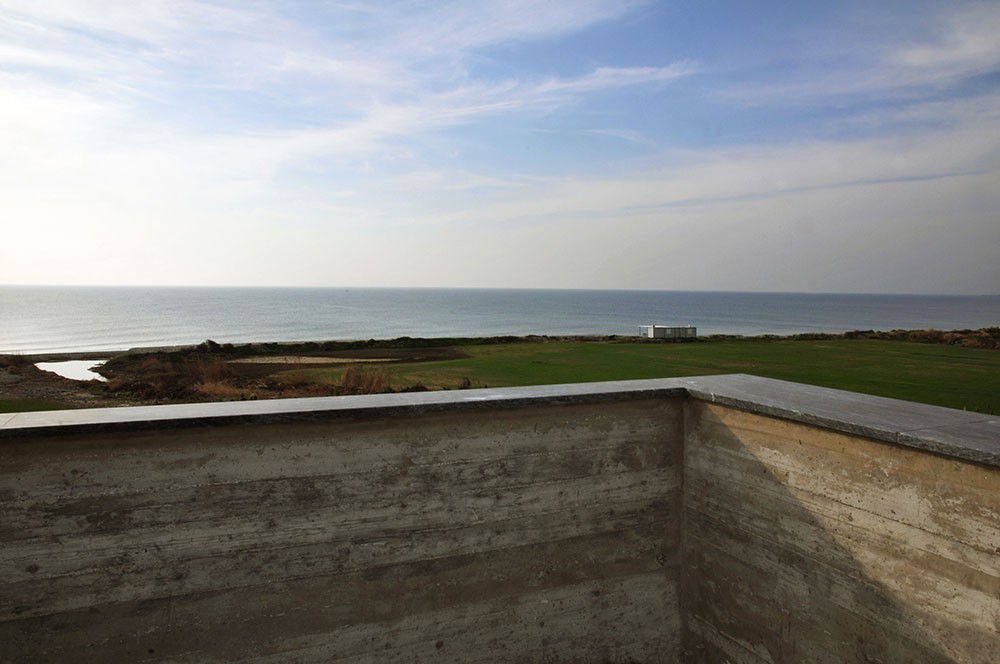 Marmari House in Evia by Gkotsis Serafimidou architects November 12, 2020 The story of the building unfolds on a rocky and extremely slopping site, overlooking in southern Evian Sea. The already existing building and the surrounding stone enclosure in the plot… 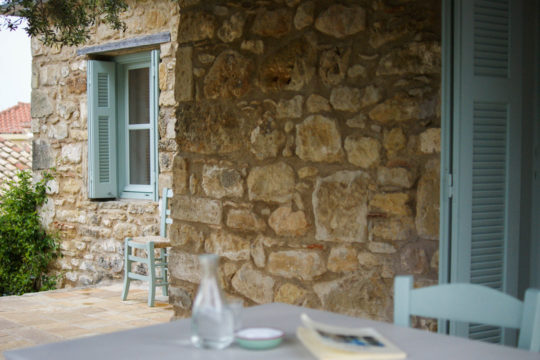 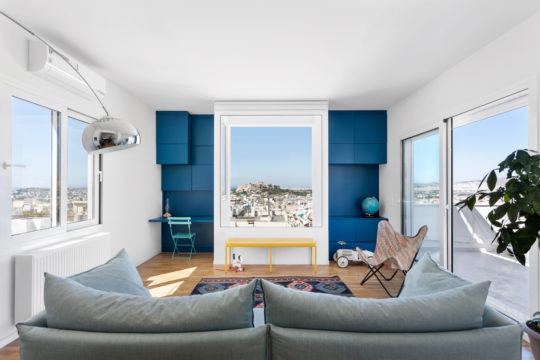 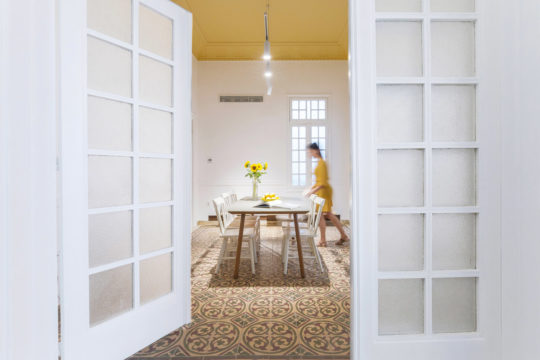 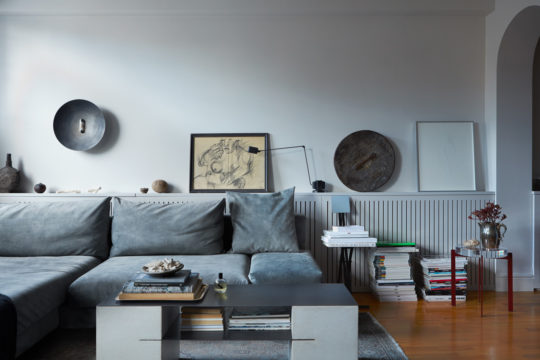