This renovation of an apartment from the 1950’s presented both challenges and opportunities. The Greek modernist era -that came to maturity along with the Athenian upper middle class- has left a significant architectural footprint in the center of Athens. Post-war modernist architecture meant high rise concrete apartment buildings; however, they did not have to be the sterile and austere kind and embellishment was not frowned upon, on the contrary, it was sought after.

Grand symmetrical marble entrances, luxurious lobbies and elegant staircases characterize most of the buildings of the time. In the interior, hardwood parquet floors, colorful terrazzo and marble bathrooms and kitchen counters were common. This residential typology, with formal and informal living rooms, foyers and separate entrances and quarters for the live-in maid, remains in peoples’ memory but is no longer followed.

When planning the refurbishment of the apartment, all the above features were preserved, including the etched sliding doors, the carved wooden frames, and the gypsum ceiling decorations. The only structural modification was a partial opening of a wall to transform the former pantry into a large countertop.

In terms of the space’s materiality, special attention was given in restoring the 70-year old parquet floors and polishing the marble counters of the kitchen. A hint of modernity was introduced by a vertical walnut wood wall that also serves in hiding the WC behind. Wall coatings vary from off-white matte paint in the living rooms to shinny ones in the kitchen or metallic silver in the WC. A shinny blue room that lies in the middle of the floor plan serves as a pop colorful disruption as one walks through the apartment.

Items of the former household’s tenants such as suitcases, leather trunks, straw baskets and taverna style chairs are still used to decorate the apartment. Other pieces include the ancient Greek Klismos chair and custom marble side tables. Pieces from artists, the designer’s friends, decorate the walls and bring a contemporary edge to the space. 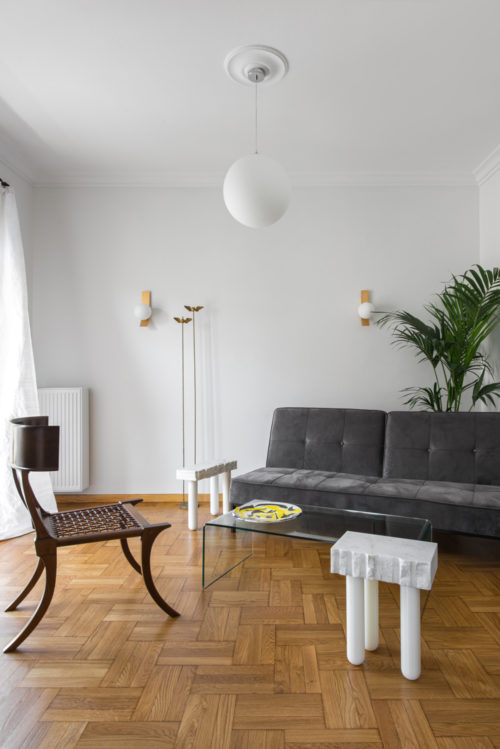 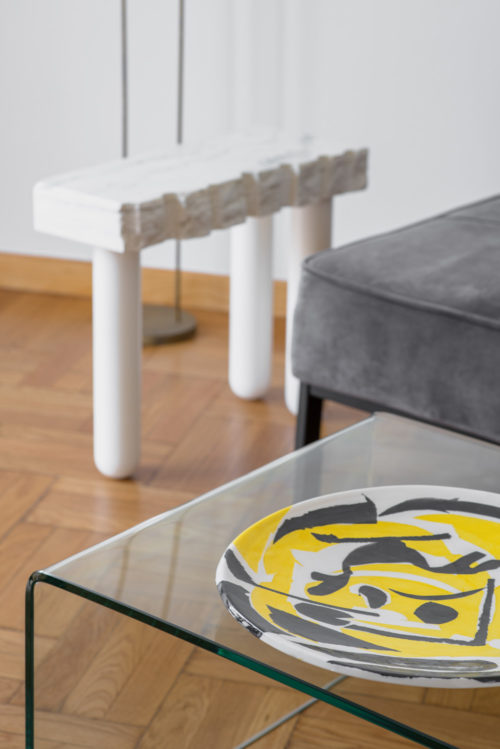 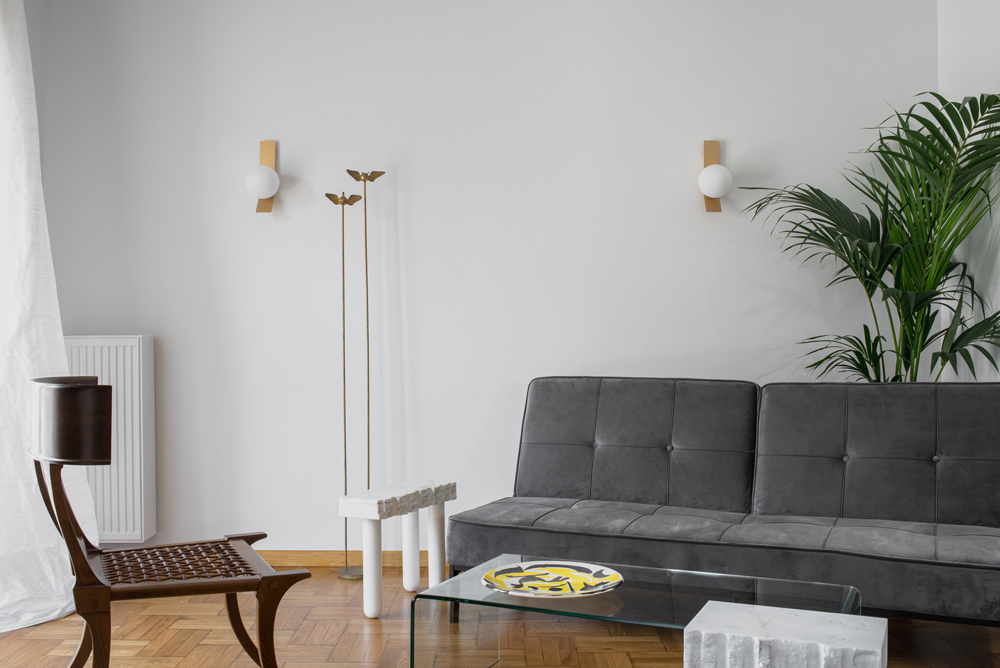 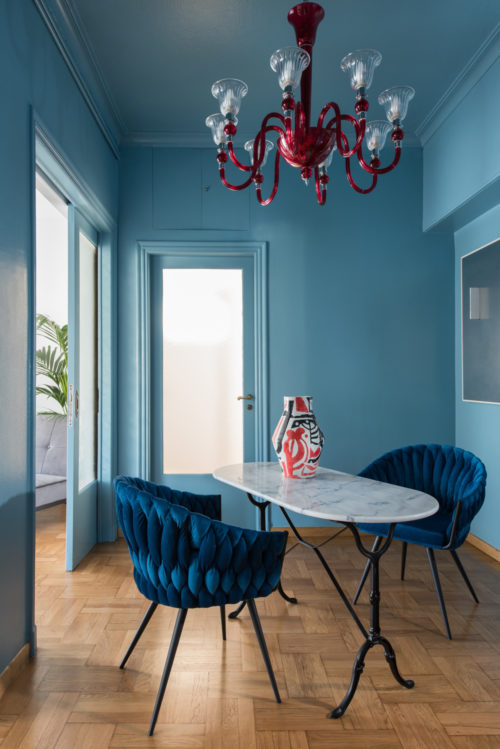 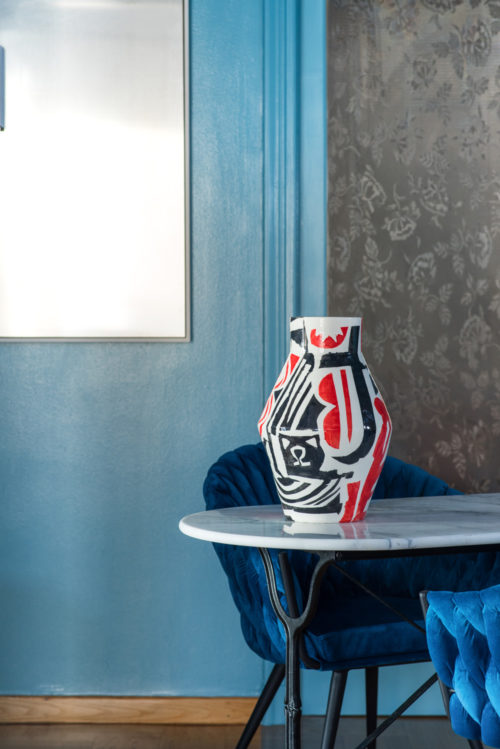 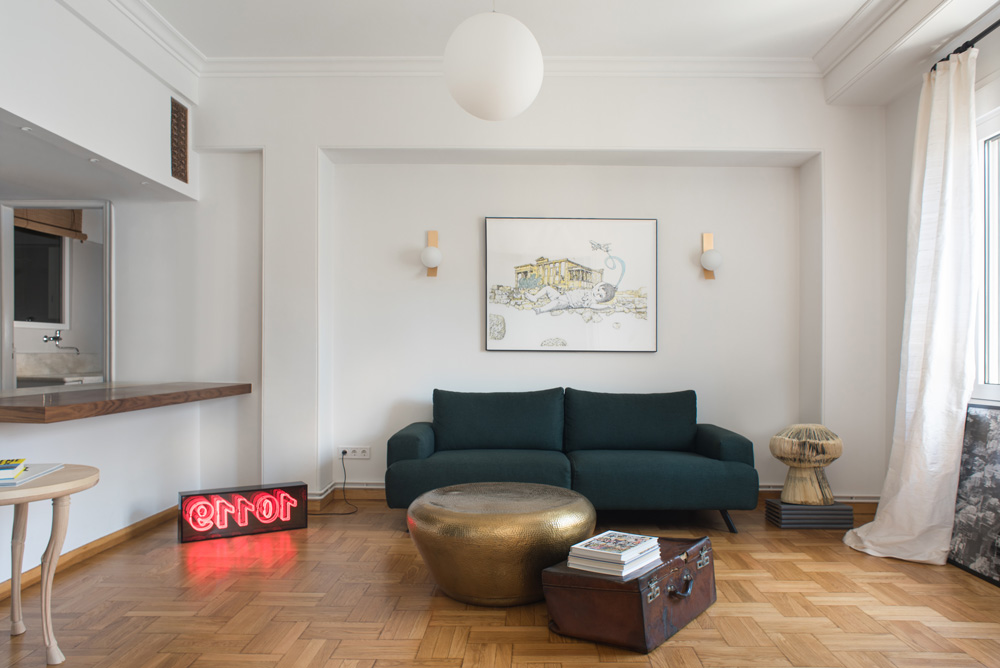 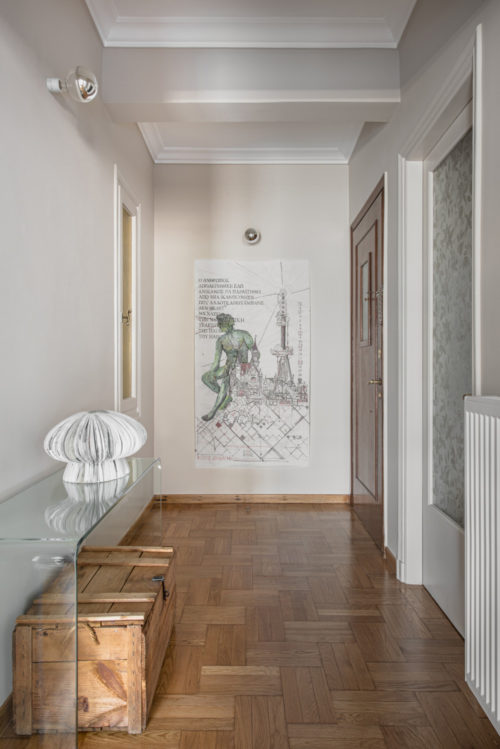 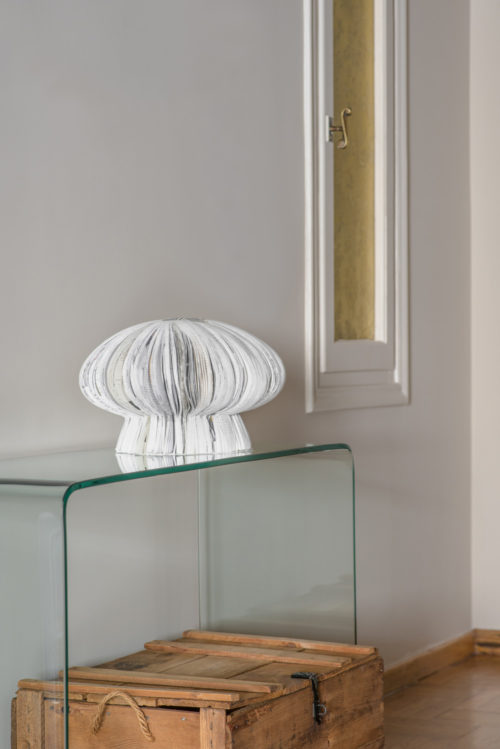 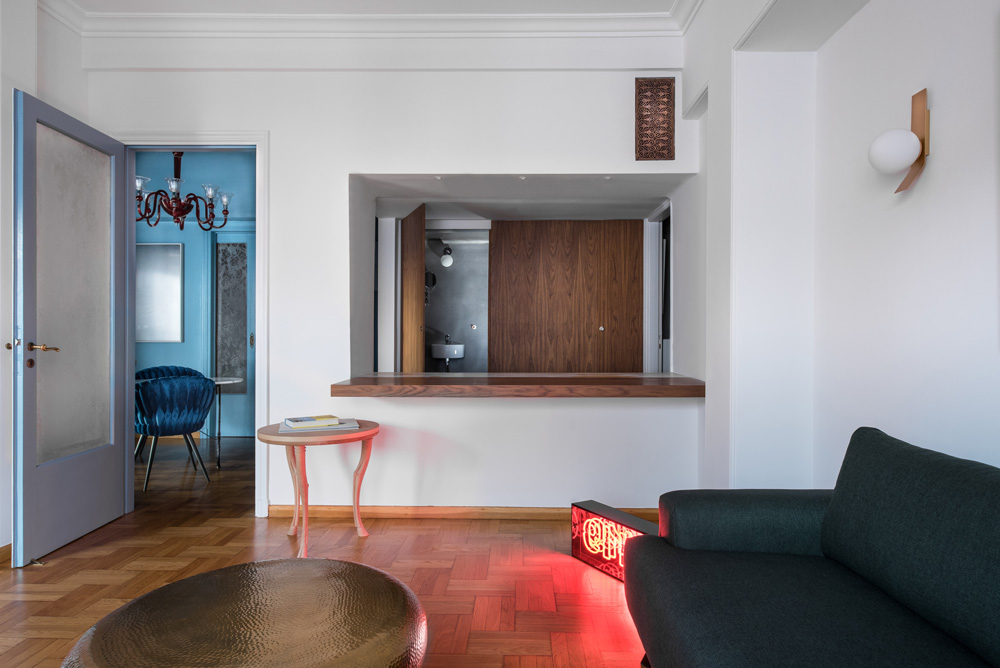 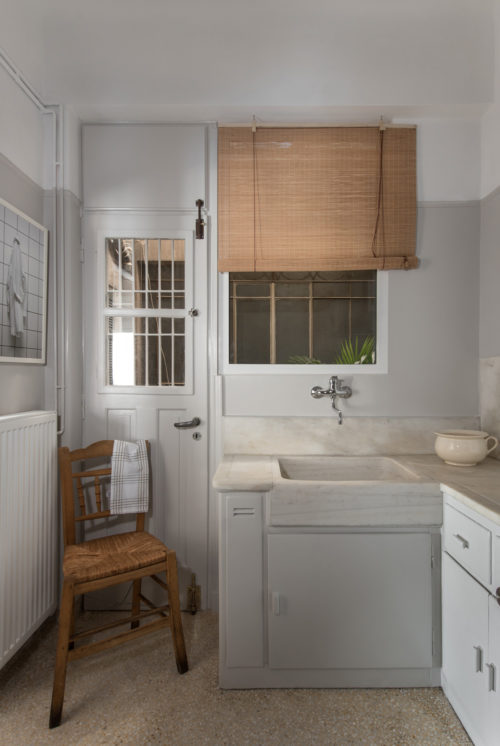 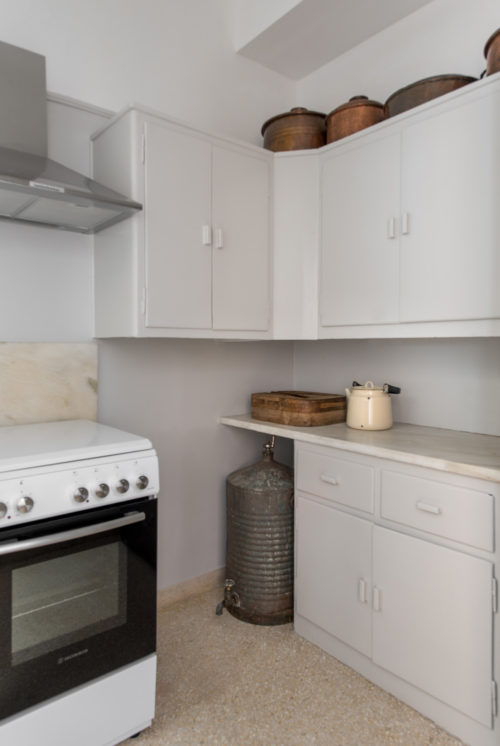 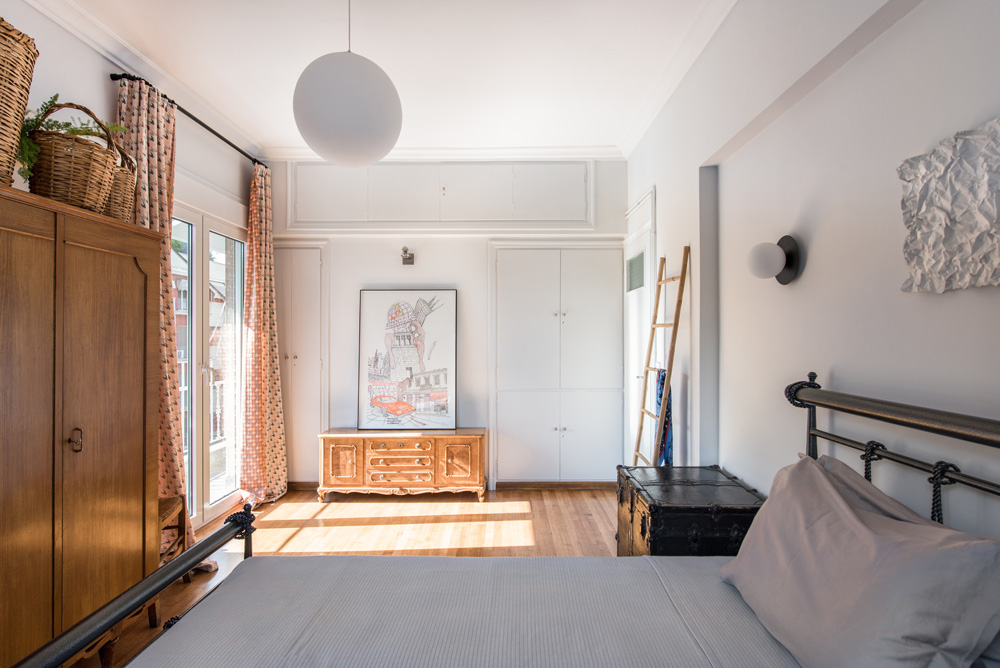 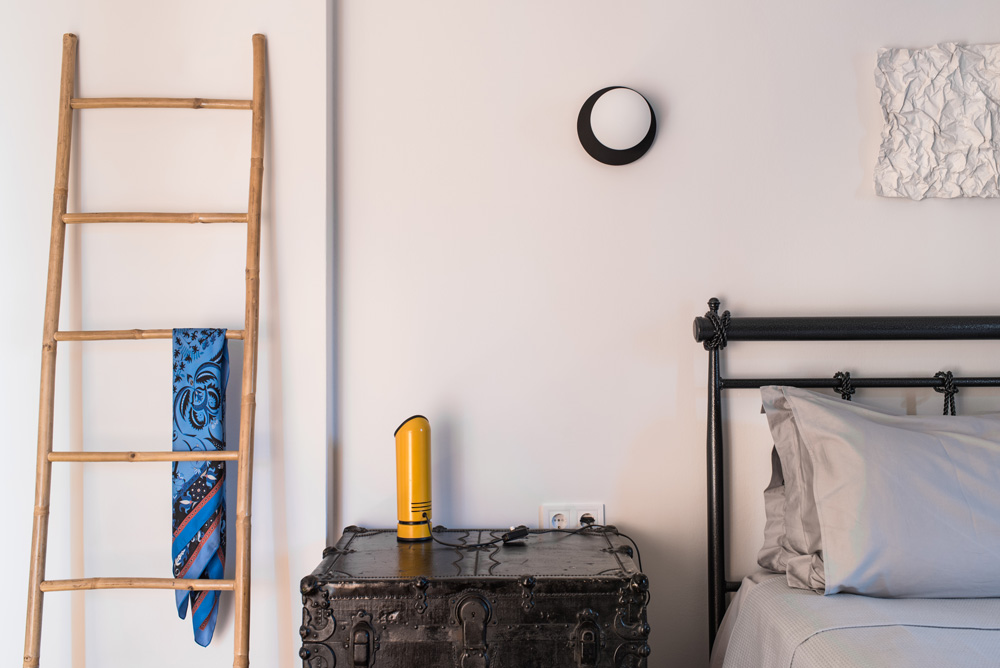 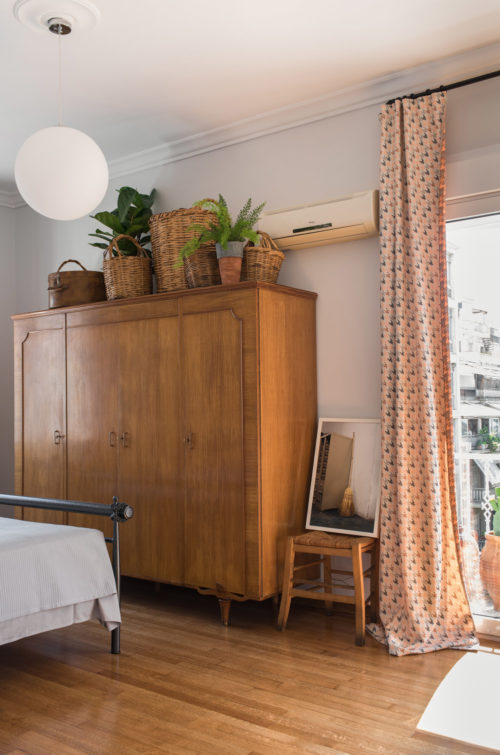 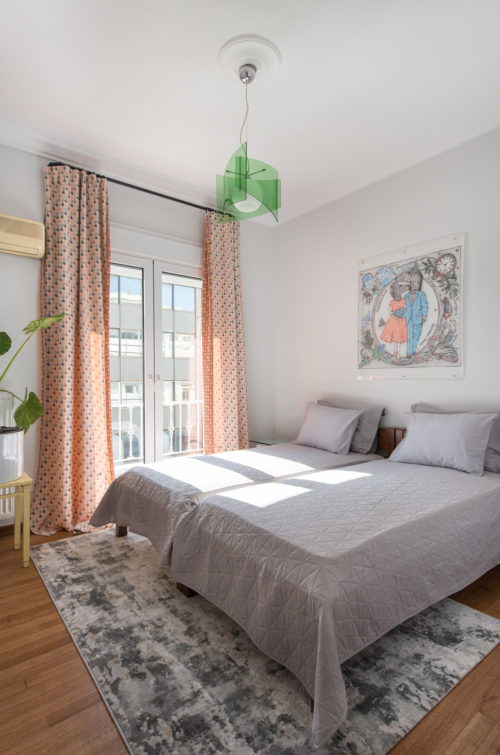 Fokylidou apartment renovation by en-route-architecture December 23, 2020 Fokylidou is a renovation project of a two-floor apartment, located in the center of Athens. The project takes full advantage of the liberties typical Athenian polykatoikias provide: the freeing up…

Plants and The City: Athenian apartment renovation… April 5, 2021 In a typical Athenian apartment building of the '60s in Kolonaki, architect Constantine Bouras renovated this apartment, with respect to the building’s period and special attention to materiality. The apartment…