The design of this residence in Kefalari, Athens merges classic and modern elements through combining a black and white aesthetic with the use of intense color in specific elements, making reference to children’s sketches. The house was designed with the aim of materializing its’ owner’s dream of a home that will meet his functional needs and accommodate his family, as well as fulfill the desires of his subconscious. On one hand, his love for the old and classic and the antiques and on the other hand his appreciation for contemporary architecture, simple geometric forms, the sense of purity and the use of color, led to an architectural proposal where the “old” and “new” elements complement each other as two pieces of a three dimensional puzzle.

The building is divided into two separate volumes: a) the elevated traditional stone built part, which integrates the main entrance, the living area, the master bedroom and the attic and b) the contemporary white painted part, that surrounds the stone built volume and incorporates the rest spaces of the house (kitchen, dining area, children’s bedrooms). The “dream” house incorporates architectural features that one rarely finds in one single residence, creating an intense two-fold scheme. The traditional architectural elements such as the pitched roof, the small openings, the high ceilings, the use of stone and the ornamented wrought iron railings, create a dialogue with modern architectural forms such as the terrace, the large glazed surfaces, the direct access to the landscape, the contemporary minimal interiors. The vague images coming from the owner’s subconscious, are materialized through a home that balances between surrealism and realism, the dreamed and the ideal. Architecture becomes a living breathing organism that unites parallel realities, the functional and the experiential, the tactile and the perceived, the realistic and the imaginary, the conventional and the unconventional. 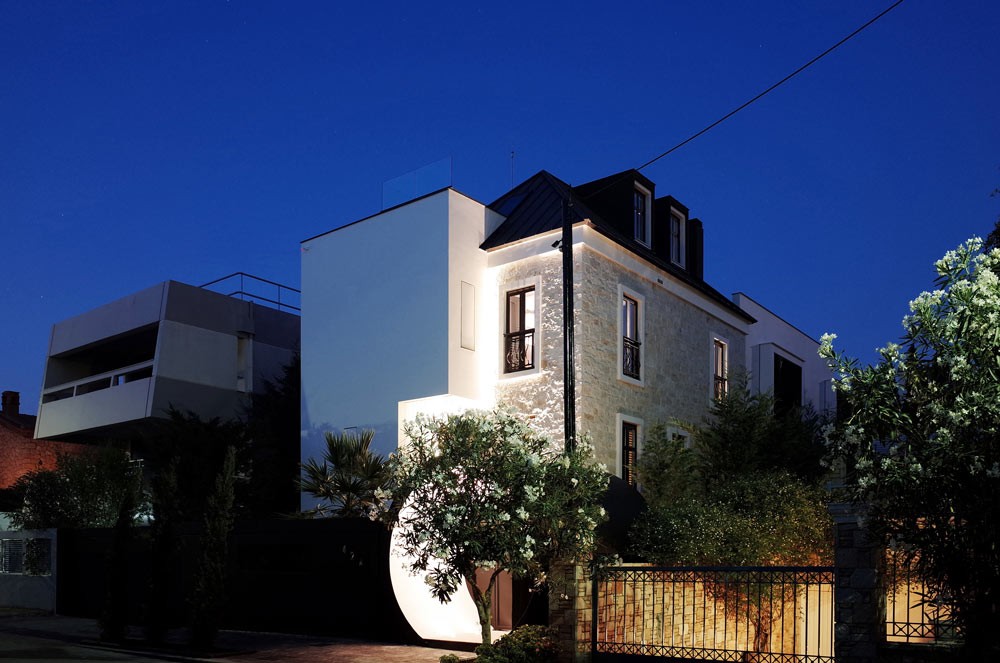 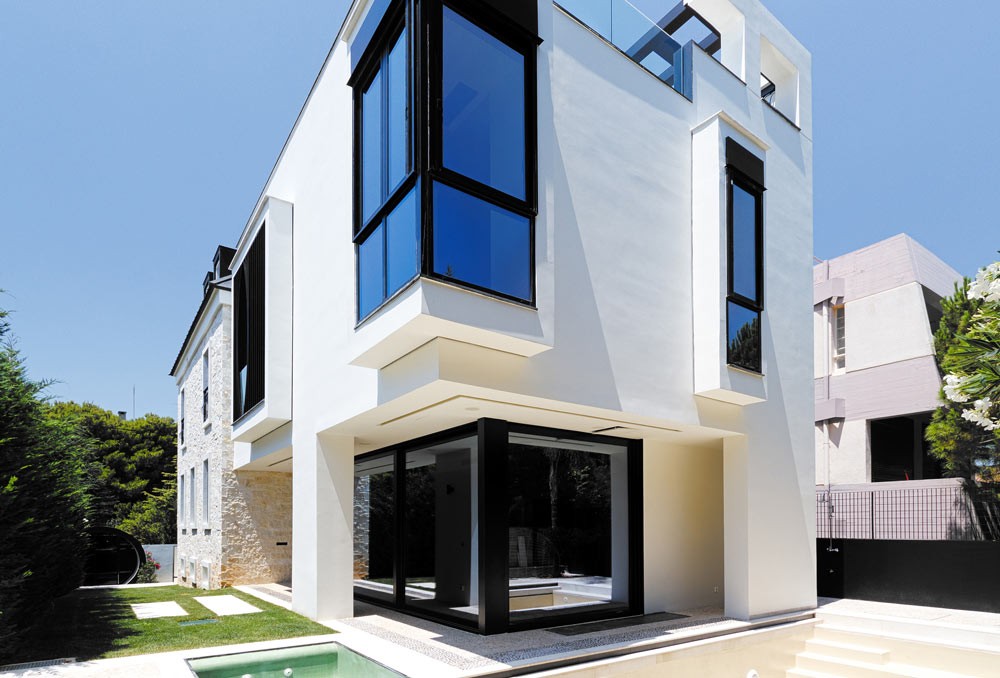 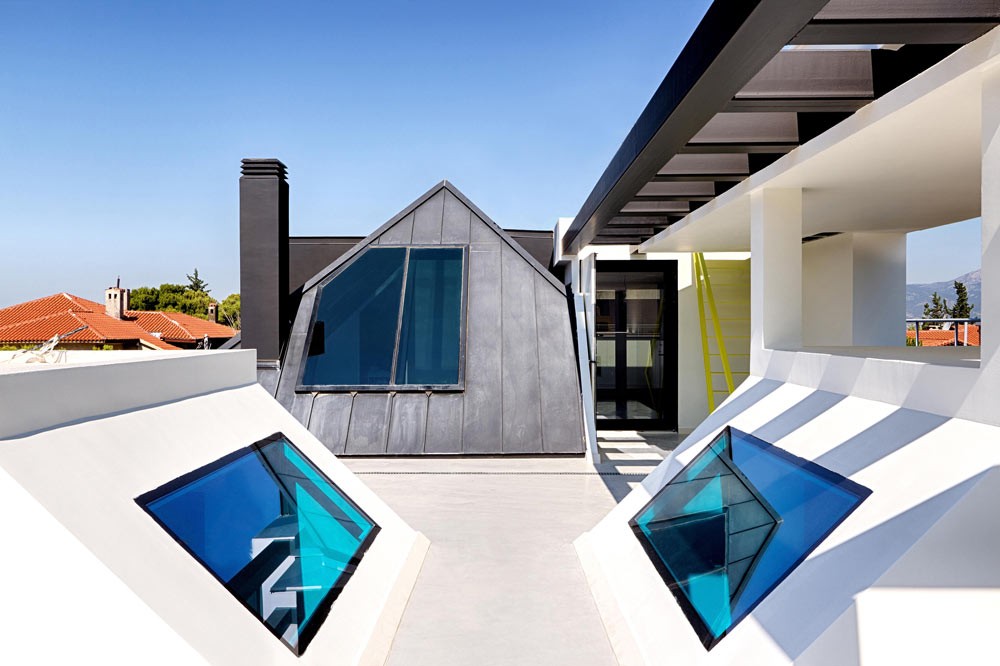 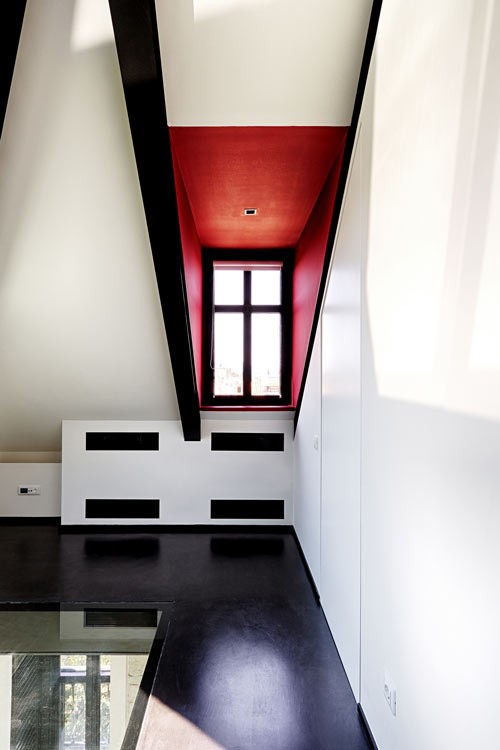 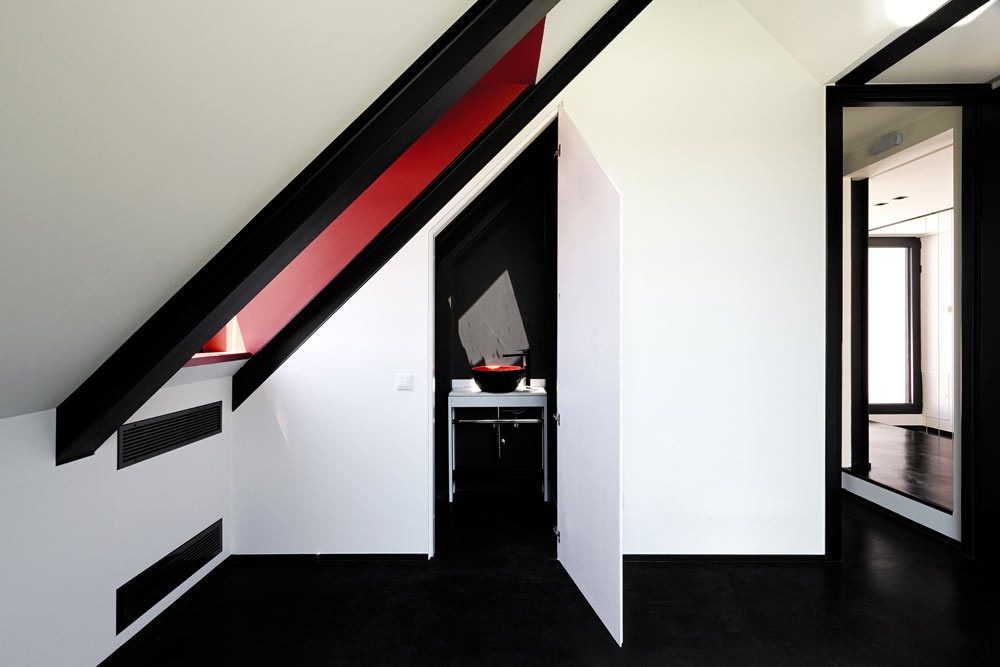 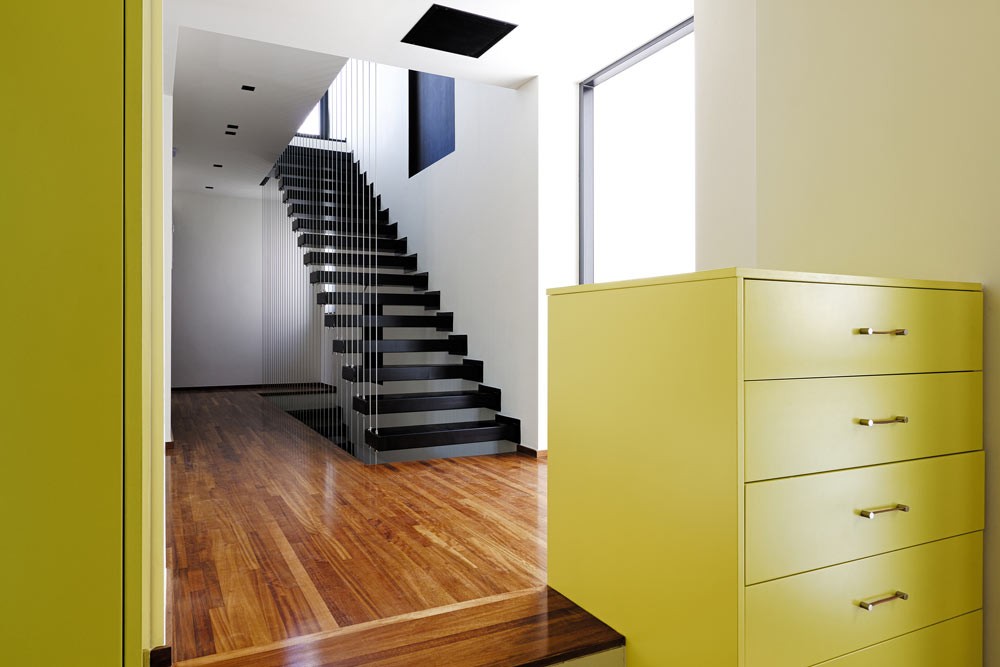 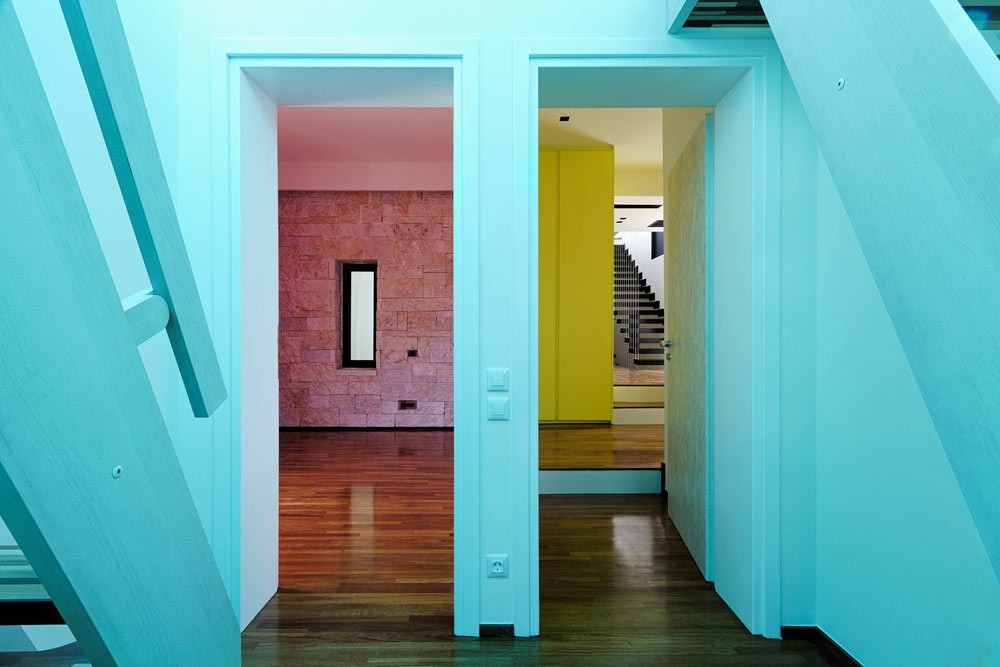 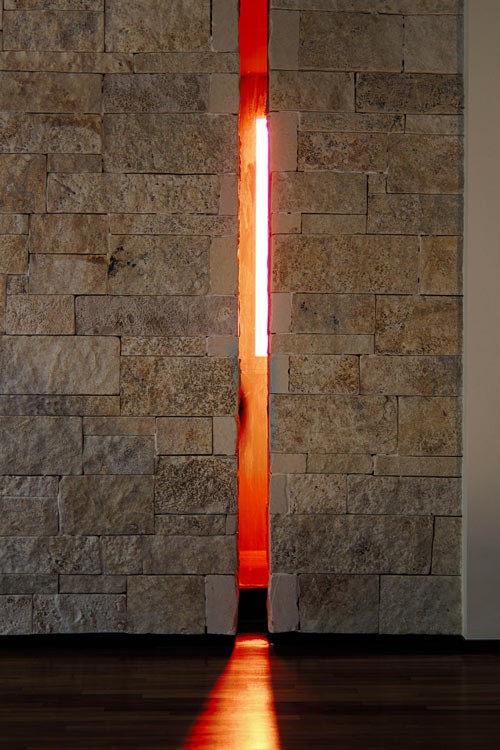 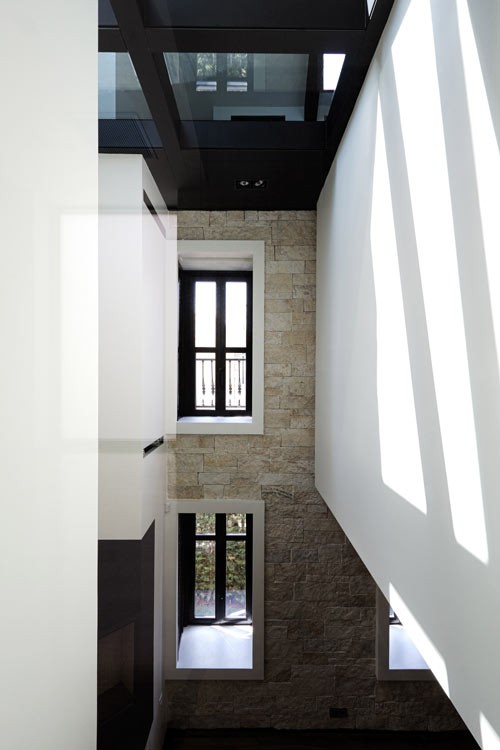 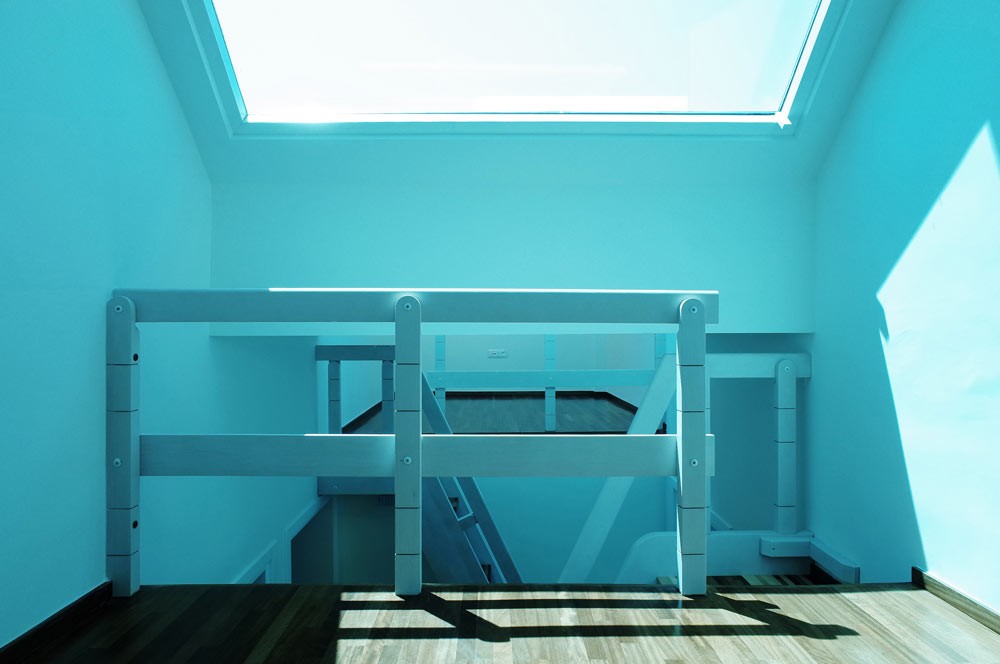 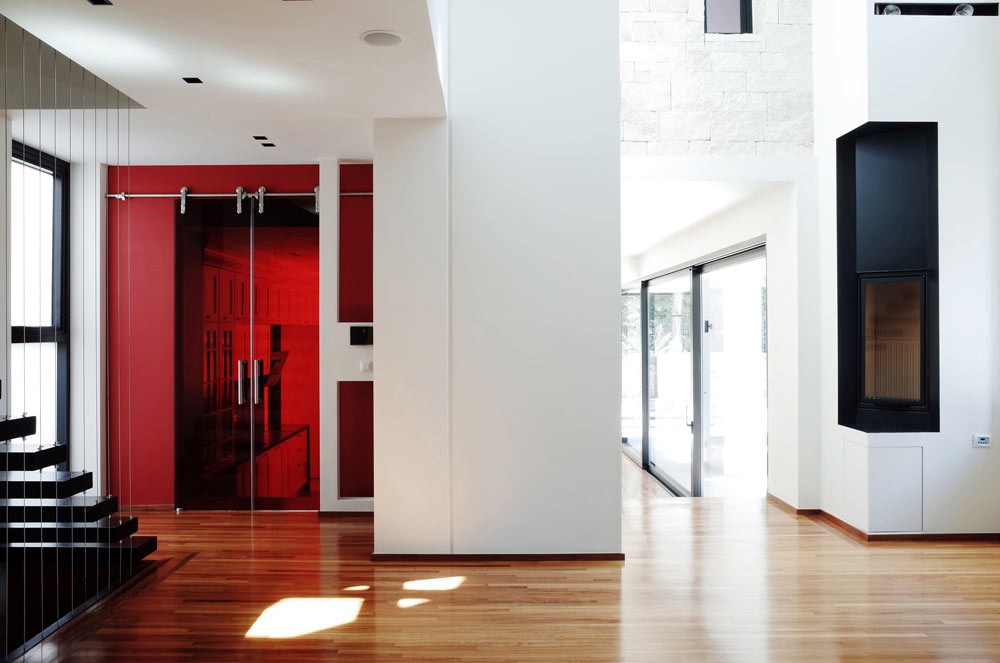 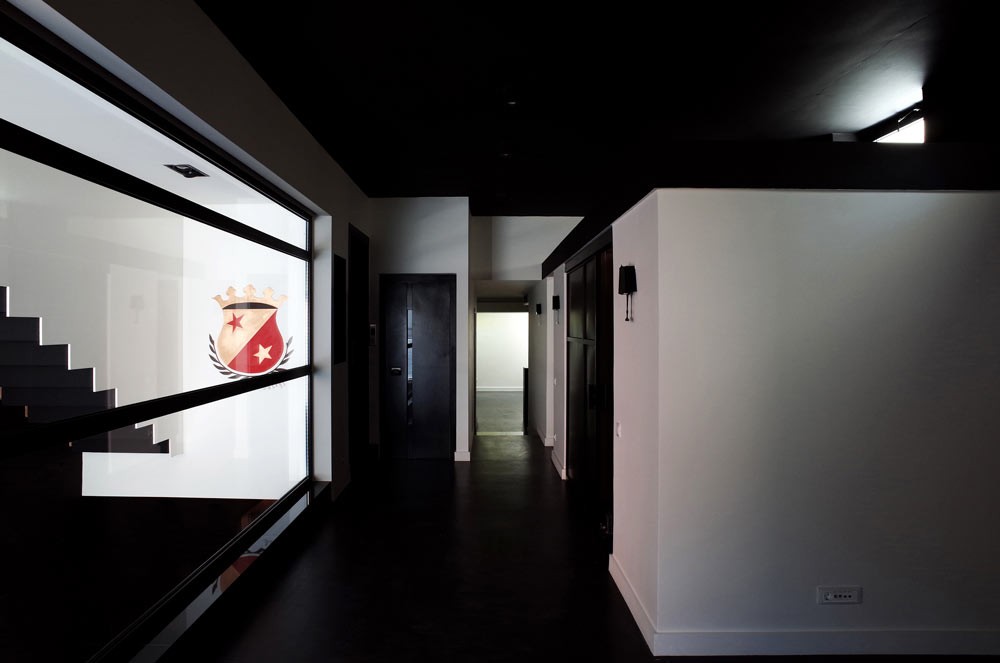 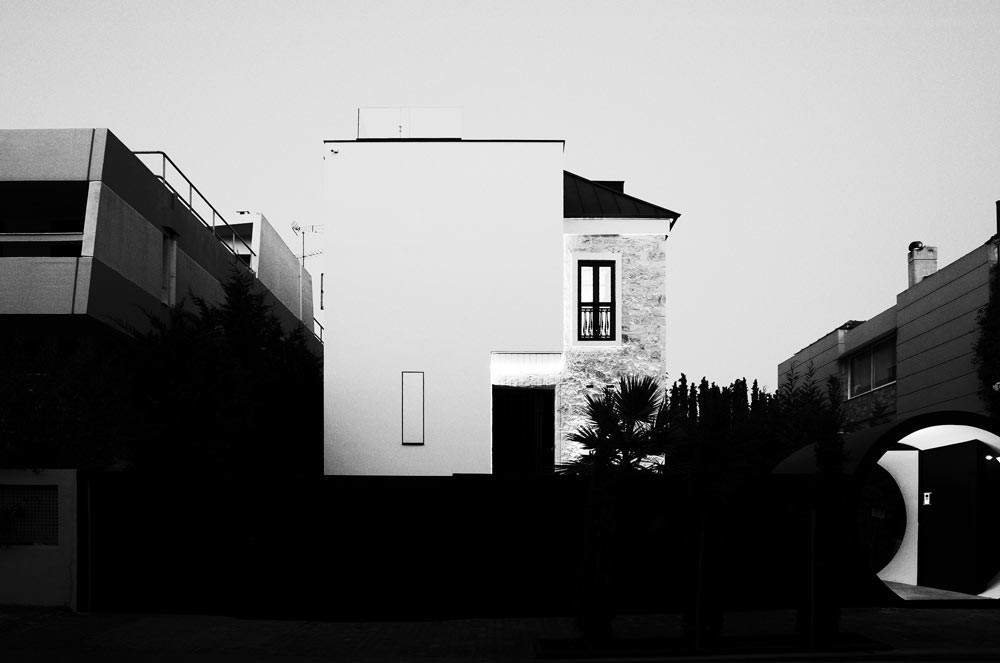 The Cube House in Athens by A&M Architects April 9, 2021 A playful game between cubic volumes created a simple design proposal, strict on the exterior and soft on the interior. Putting these contrasts in balance, the hard geometric surfaces creating…

Villa Sebastian in Mykonos by Maria Kardami Design Studio September 24, 2021 An existing house has been transformed by MK Design Studio into an elegant and luxurious holiday villa with guest quarters and a separate spa, set into a series of stone-walled…