This 120 sq.m. apartment is situated at the centre of Athens, in the beautiful neighbourhood of Mets near the historical Kallimarmaro Stadium. The apartment is on the 1st floor of a listed building which is a great example of post-war Athenian Architecture and was originally designed by Vasileios Kassandras architect in the 1930s.

“The renovation was based on tree main principles: the restoration of the original architectural elements, the functional upgrade of the layout so that it meets a more contemporary way of living and the addition of architectural elements that reflect the post-war aesthetic but at the same time introduce a modern touch.

Overall, all the spaces are positioned around the central hall which is characterized by a distinctive terrazzo floor. The main hall was used to welcome visitors before entering the formal living room of the house. Our intention was to use that space as part of the living spaces, so we extended the kitchen to the main hall with a new opening and a dining bench with multiple uses. As a result, the kitchen which was a completely enclosed space became a central element of the apartment.

Another important design intention was to create a sequence of the four spaces that enjoy the view on the pedestrian street in front of the house: office space, dining space, living room and the main balcony. Those spaces are similar in size and are located in a row, so by having a visual connection between them, a sense of continuity and perspective is created. On the other hand, flexibility was also an important design goal, so there is an option of isolating the office space from the rest of the living spaces. In general we were interested in creating various visual connections between the living spaces and the main hall, an example of that intentions is the see-through bookcase at the living room.

We used materials like marble, natural wood, lacquered surfaces and colours that refer to the mid-war architecture. The terrazzo and timber floors were fully restored and played a significant role at the interior design of the apartment. A coloured retro-style tile was added at the main balcony where the original tiling was completely destroyed.” 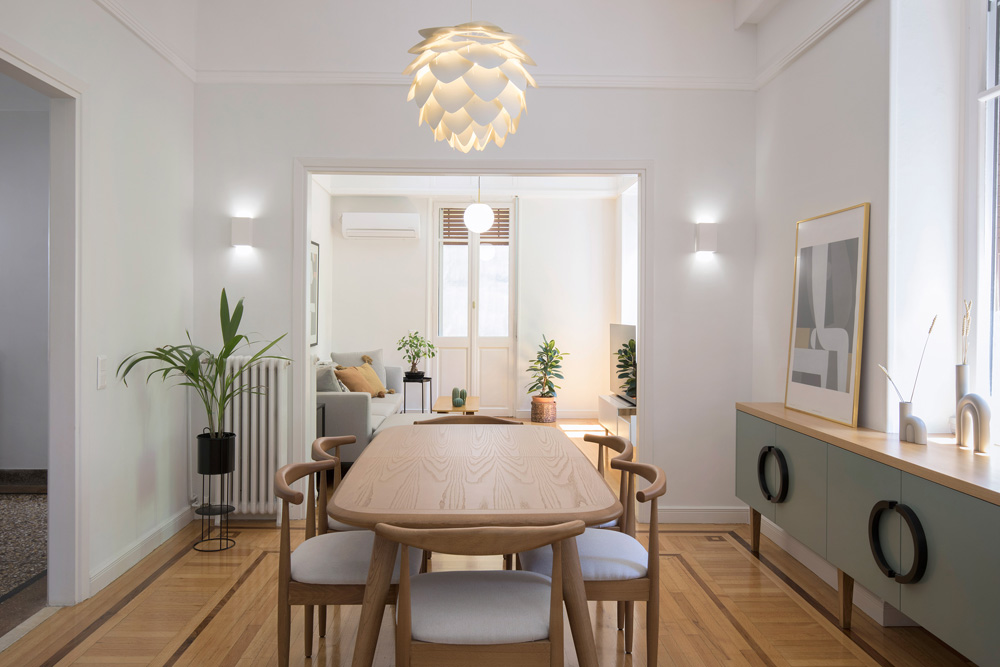 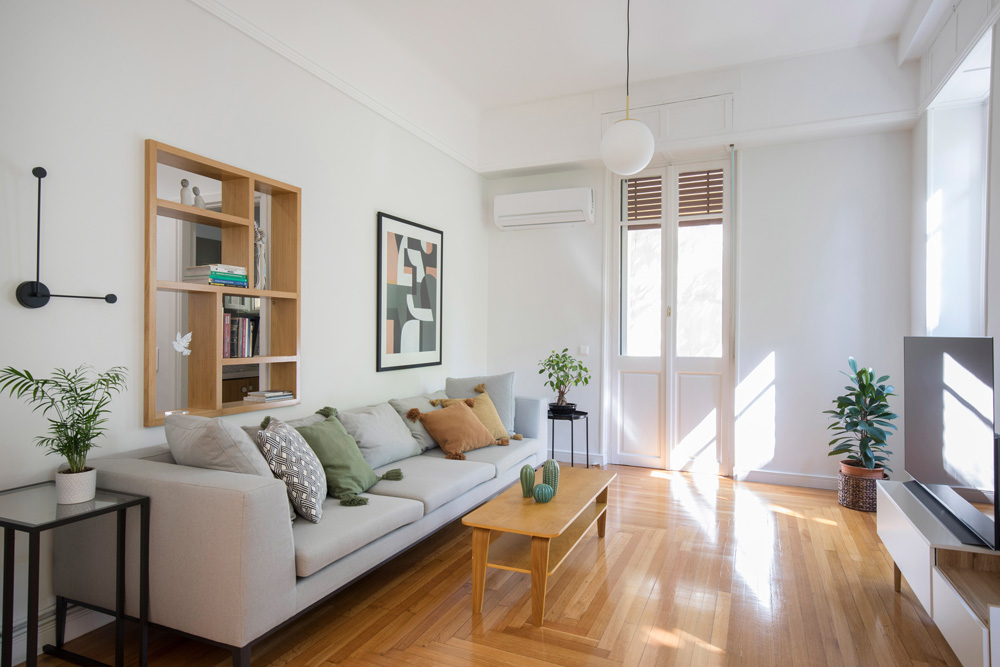 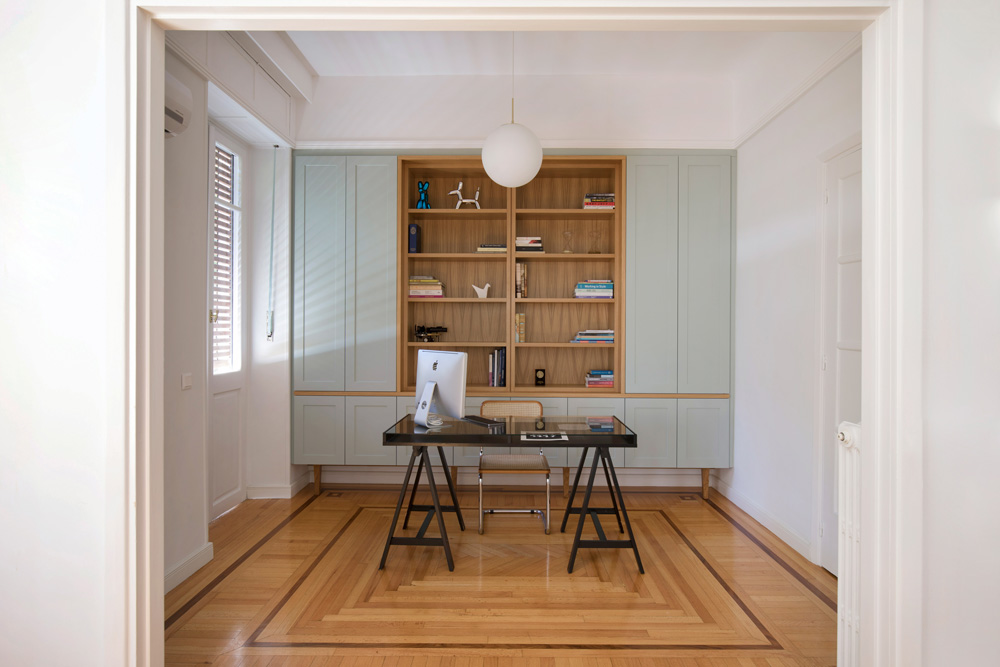 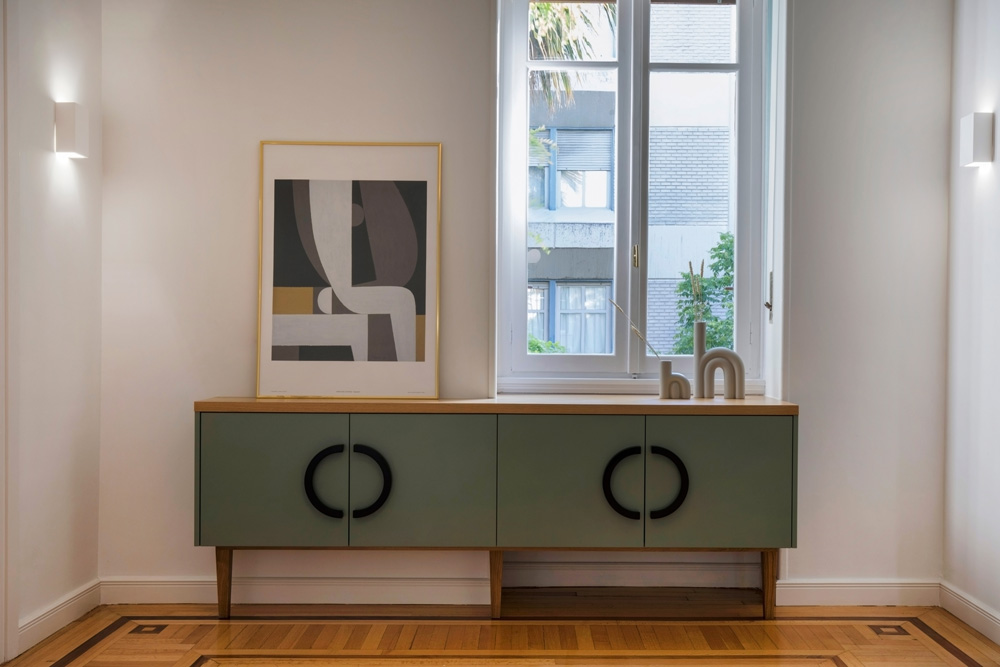 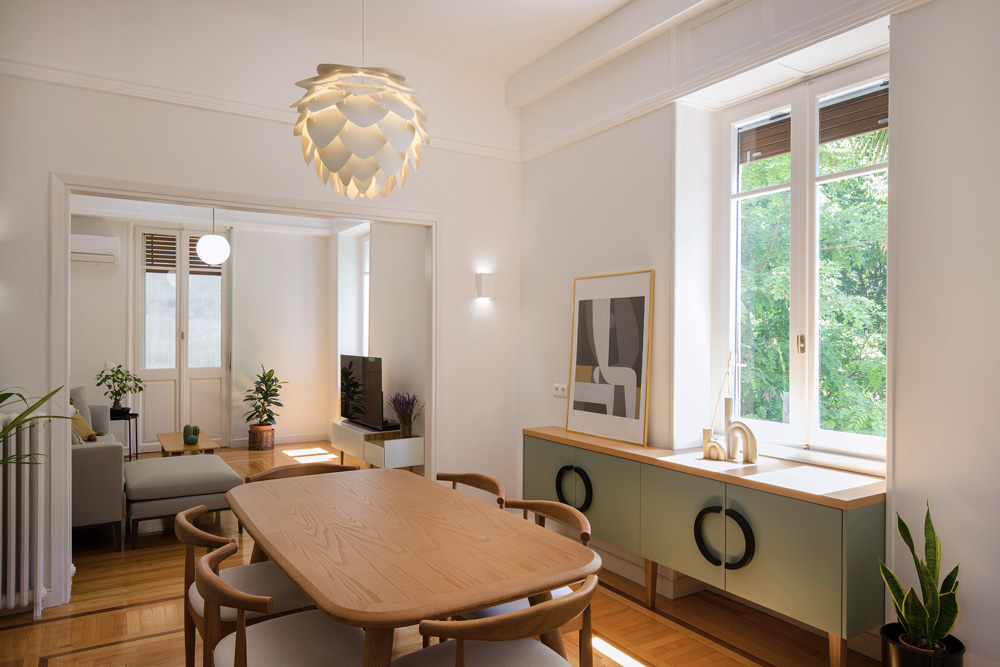 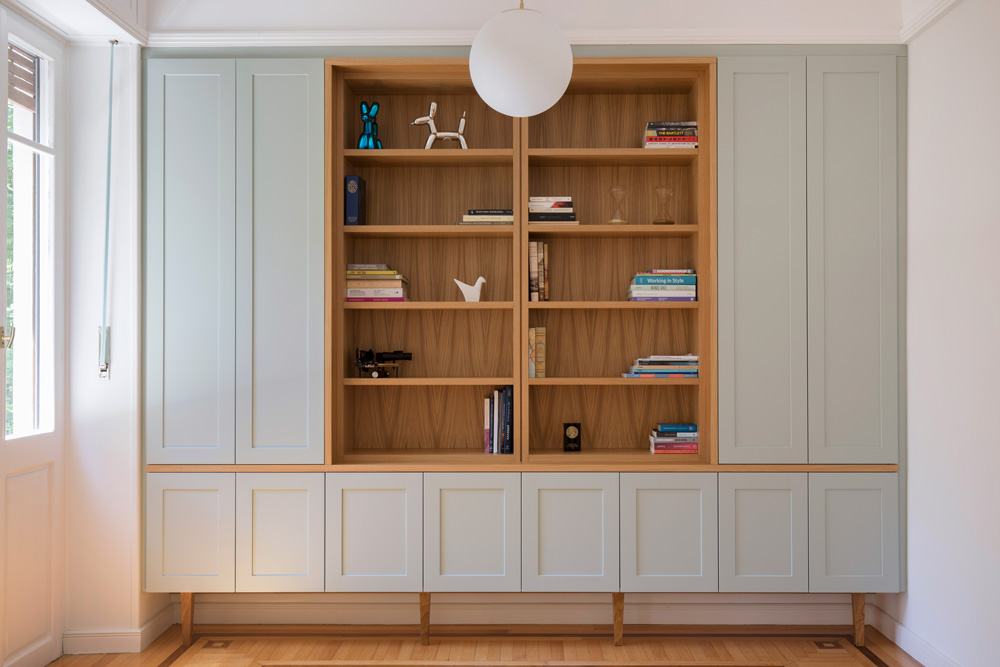 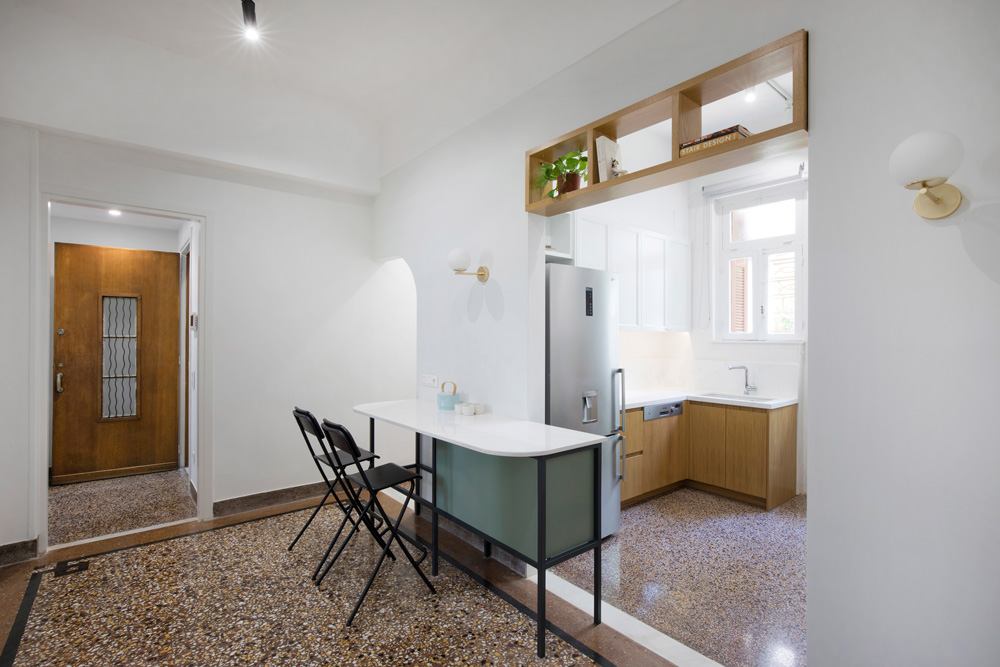 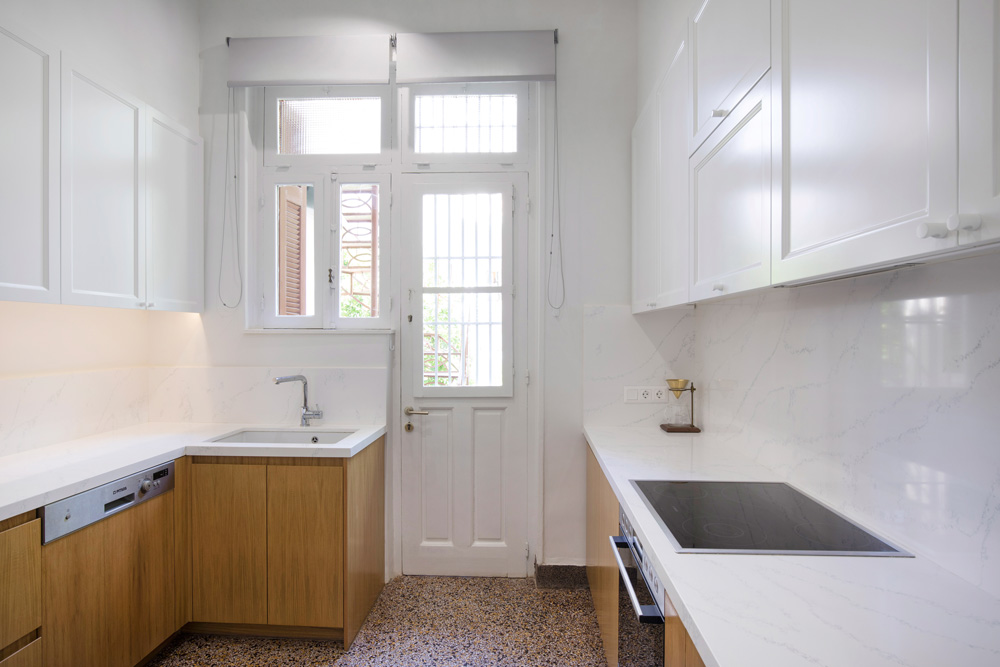 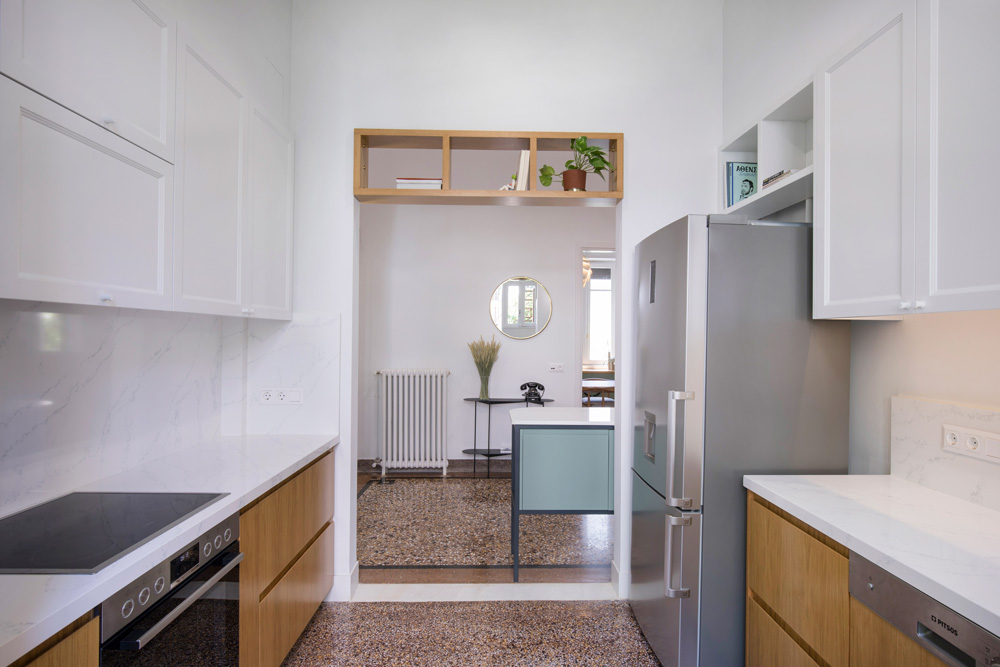 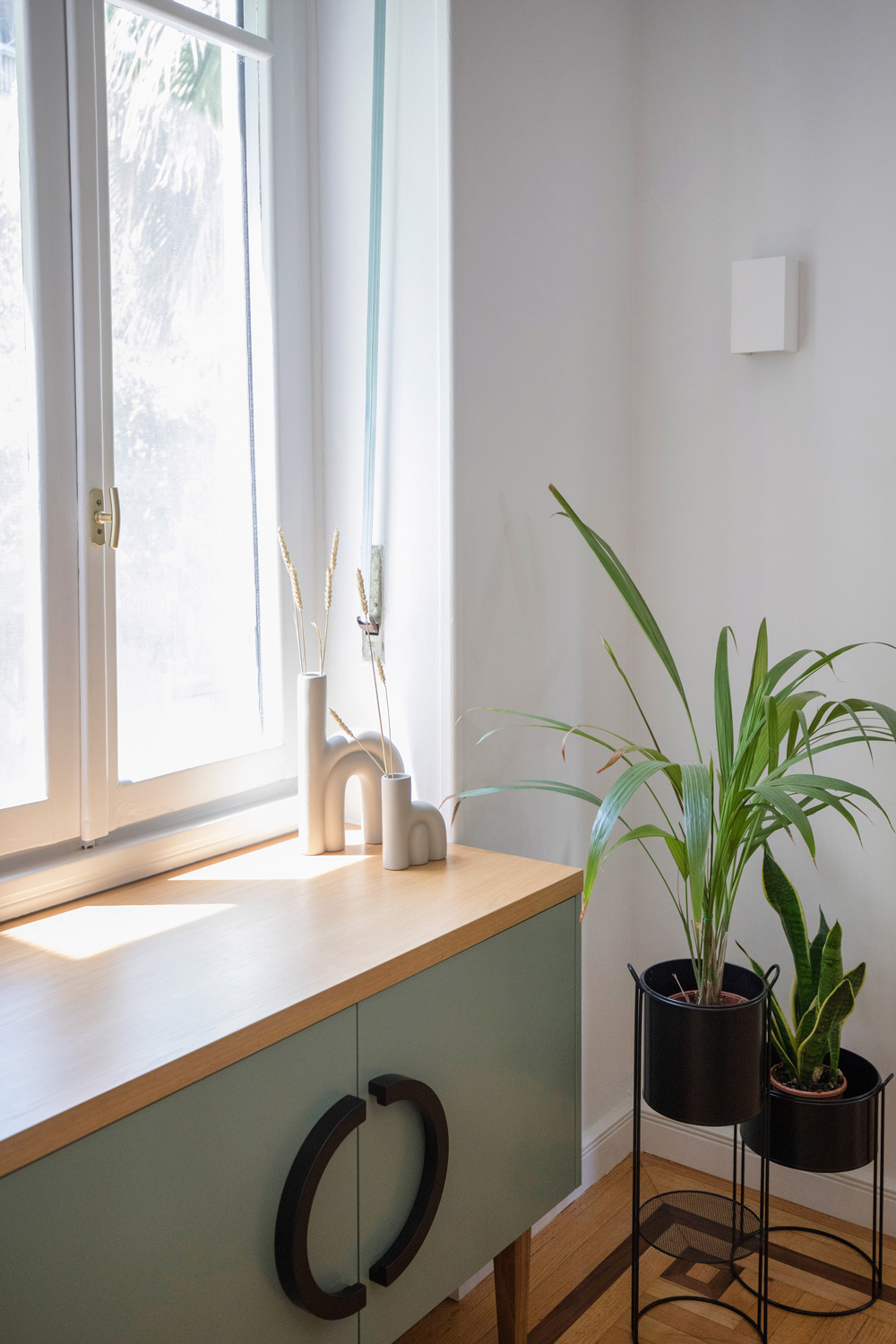 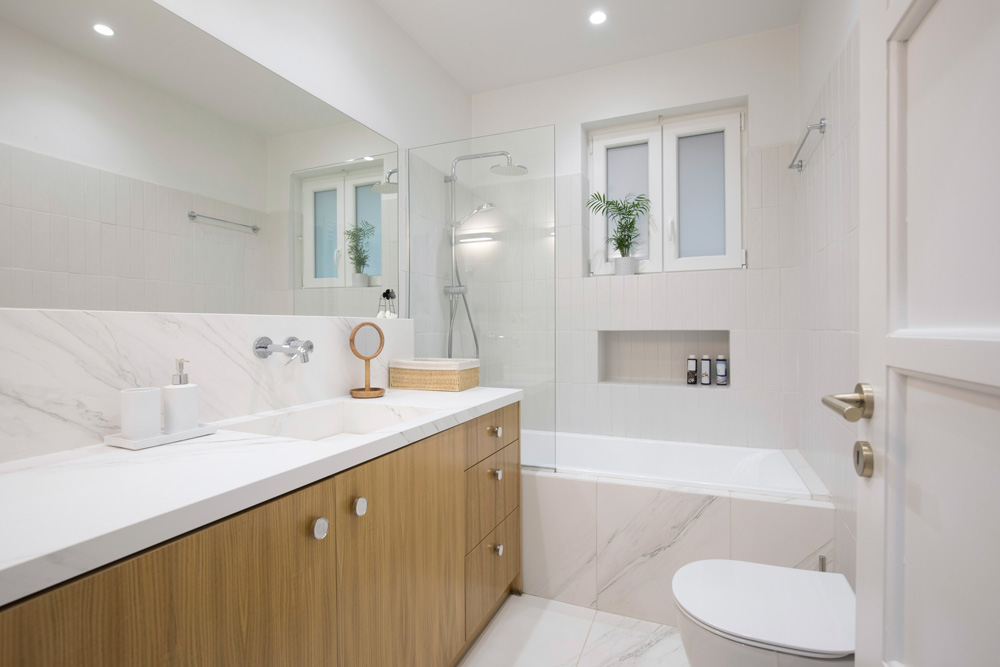 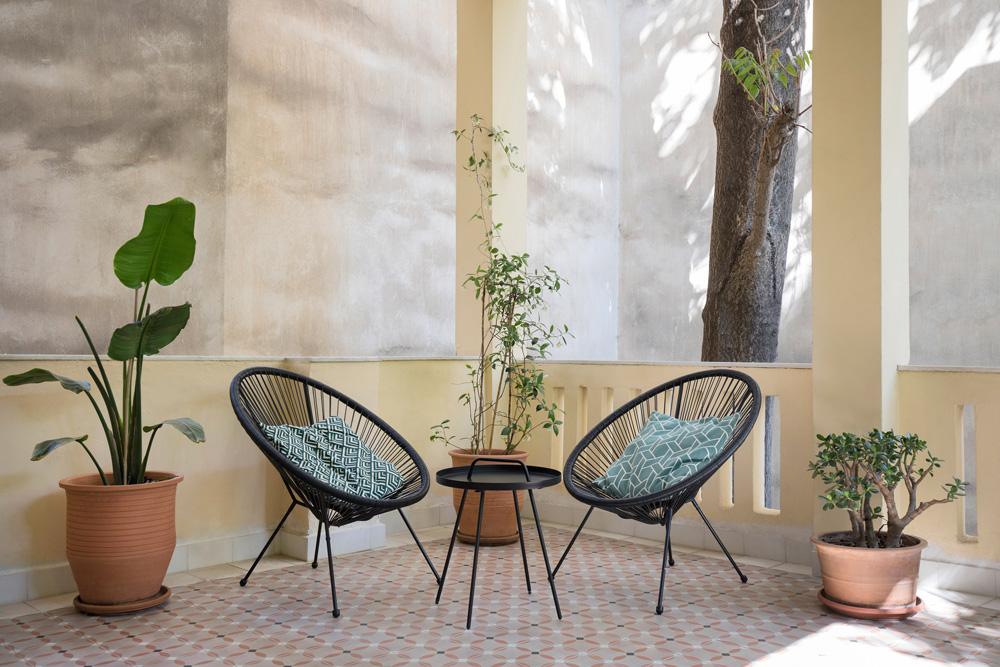 Project 11 in Pangrati, Athens by Cyclades road |… October 6, 2021 Project 11, is a small apartment in the area of Pangrati. Its 49m2, arose from a continuous property interchange that Athenian modern buildings went through in the second half of…