Fokylidou is a renovation project of a two-floor apartment, located in the center of Athens. The project takes full advantage of the liberties typical Athenian polykatoikias provide: the freeing up of previously subdivided rooms into an open-plan layout. The newly created openness is enhanced with focused views towards key elements of the city’s skyline. Landmarks such as Lycabettus Hill and the Akropolis thereby become elements that are framed like canvases as part of the interior spaces.

In its initial condition, the apartment had a scattered organization of living, sleeping and bathroom spaces on different levels. By re-locating the main living and kitchen area to the upper floor, the area where most time is spent during the day thus becomes the space with most views and light. Simultaneously, all three bedrooms are placed on the lower floor along with two bathrooms and a second living room space. With simple means such as sliding doors this shared space represents a flexible area for various uses such as play- and guestroom.

While the white walls and wooden floors provide a neutral backdrop to a variety of furniture pieces, the colorful bathrooms represent an uplifting contrast.  Built-in furniture allows further freeing-up and simplification of spaces in a mostly irregular floor plan perimeter. Opening up the new layout of each floor towards the cascading outdoor terraces further enhances the perception of being in- and outdoor at the same time.

The re-organization of spaces at different levels allows the apartment’s inhabitants to achieve a flexible degree of simultaneous privacy and communal living. The project thereby anticipates changing demands among households for adaptable living scenarios within spatial constraints. 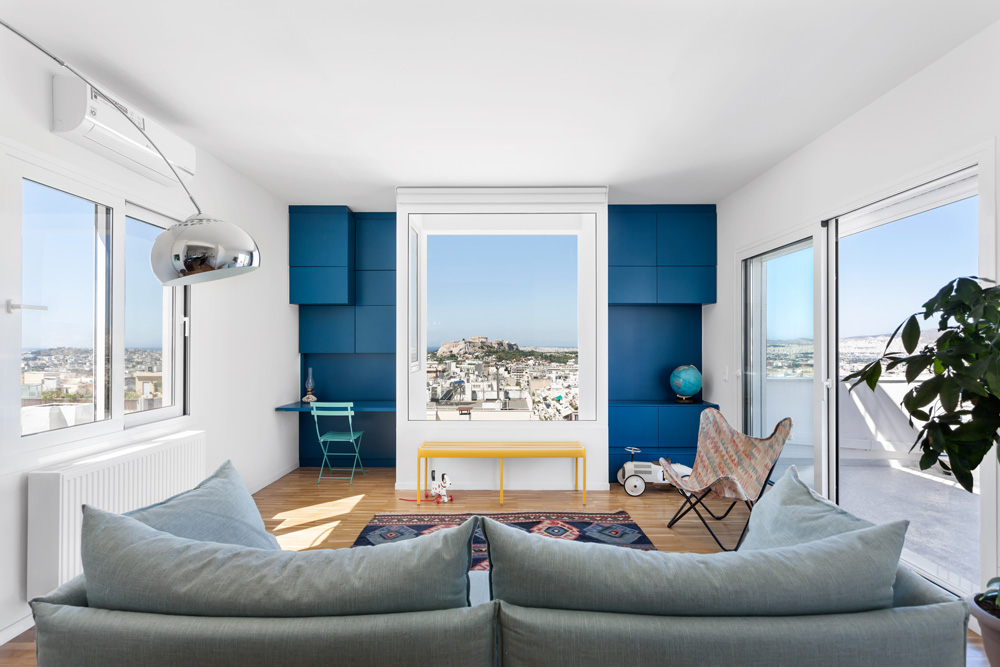 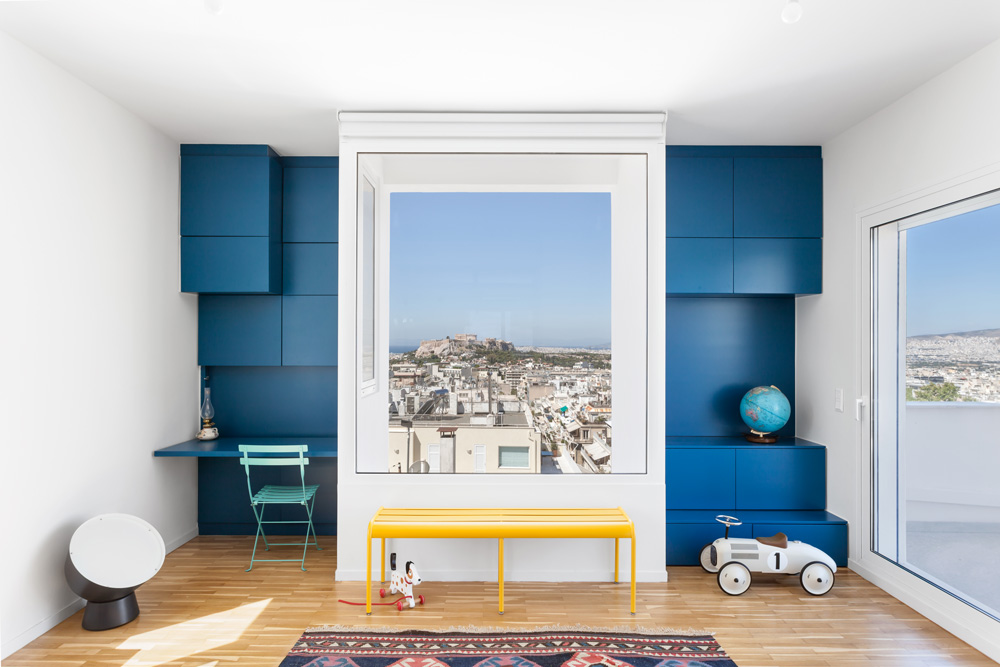 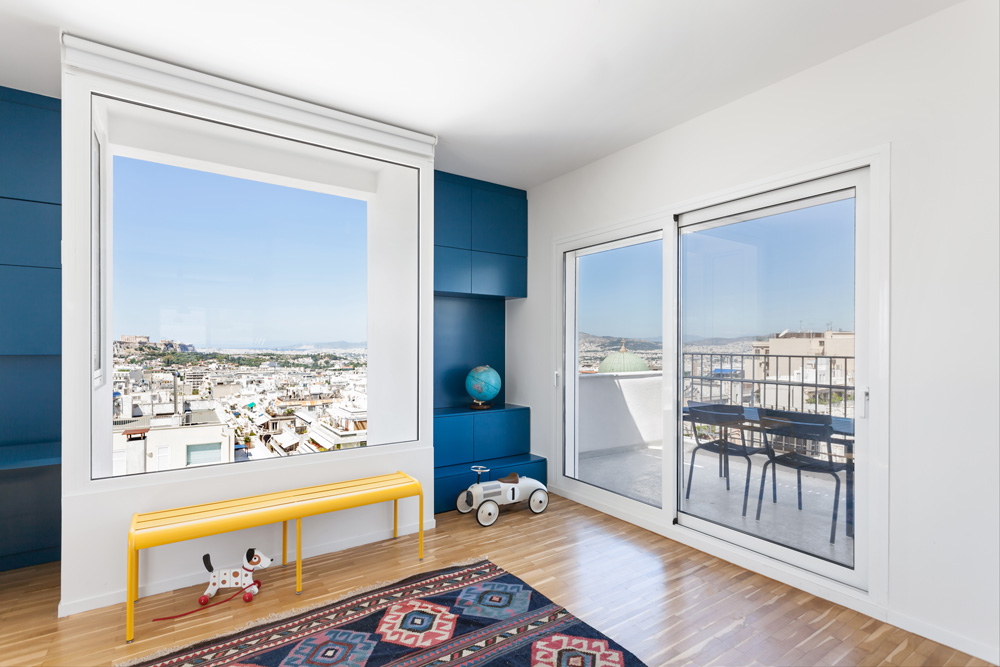 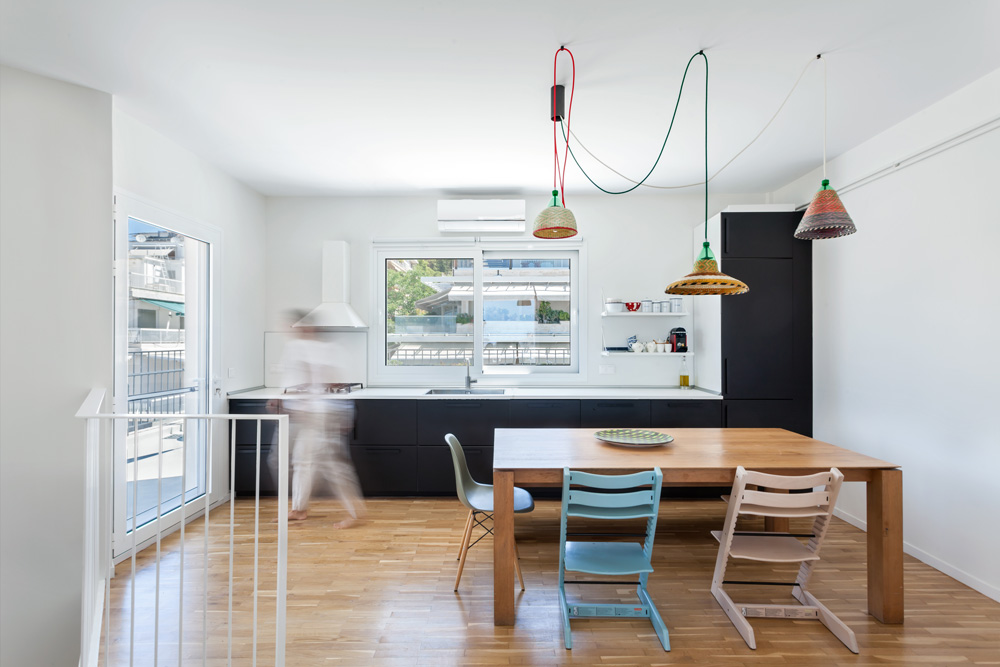 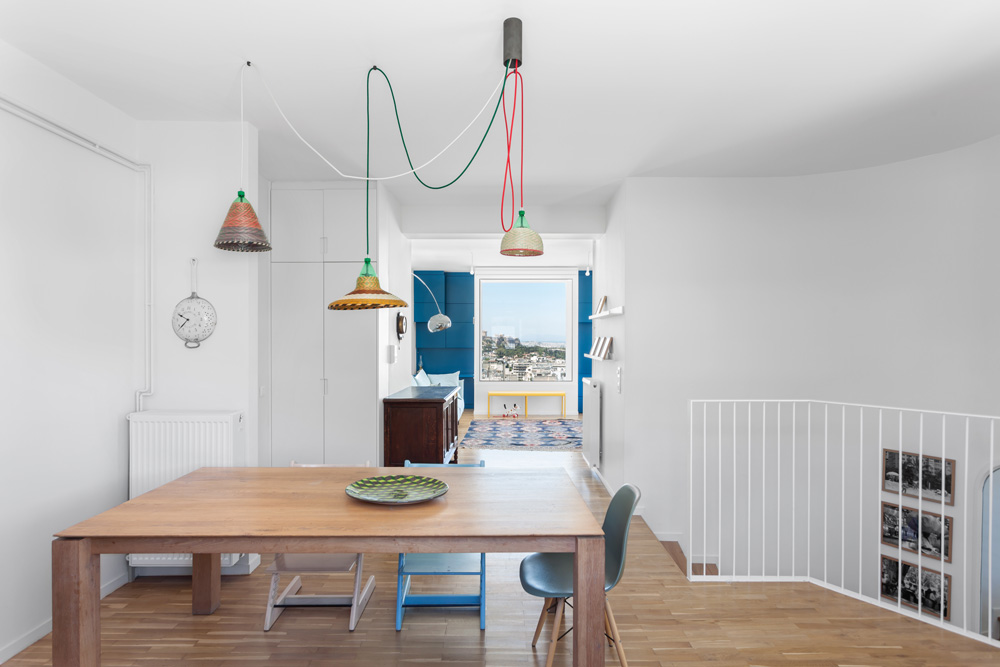 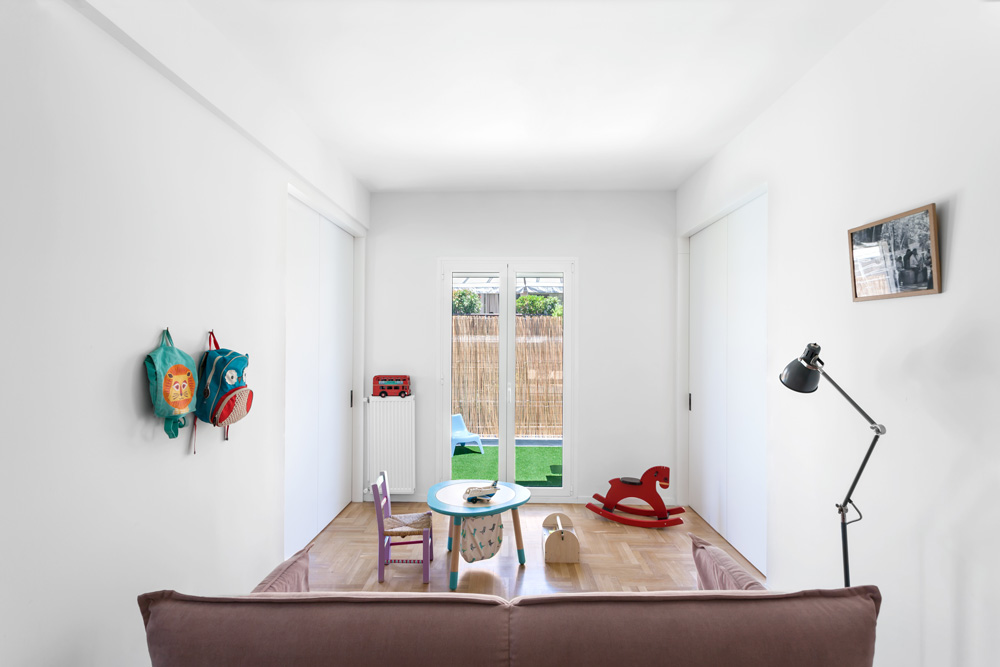 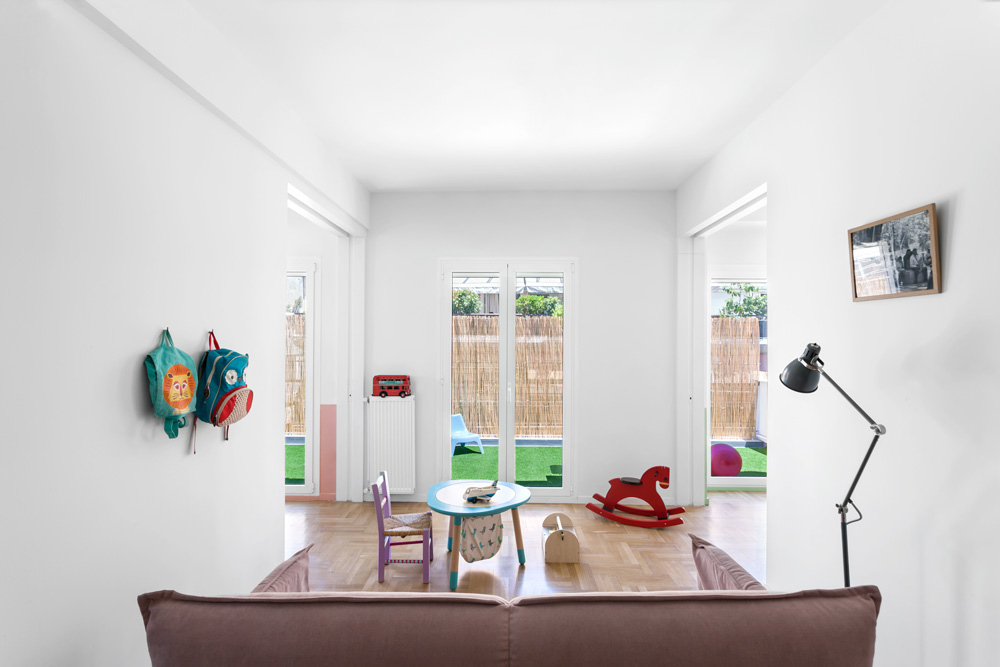 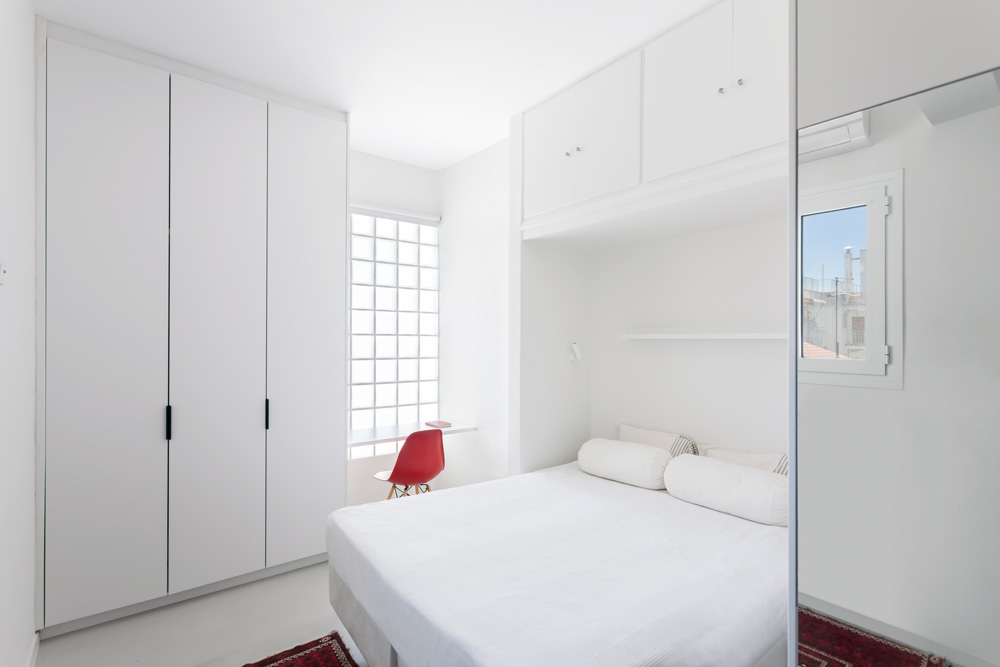 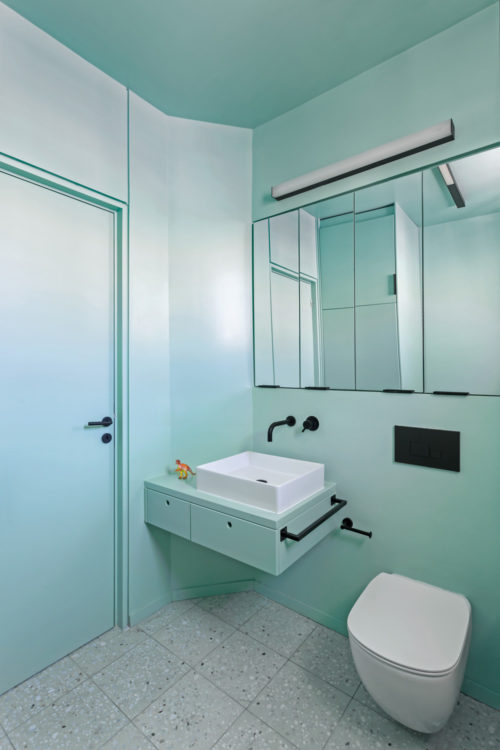 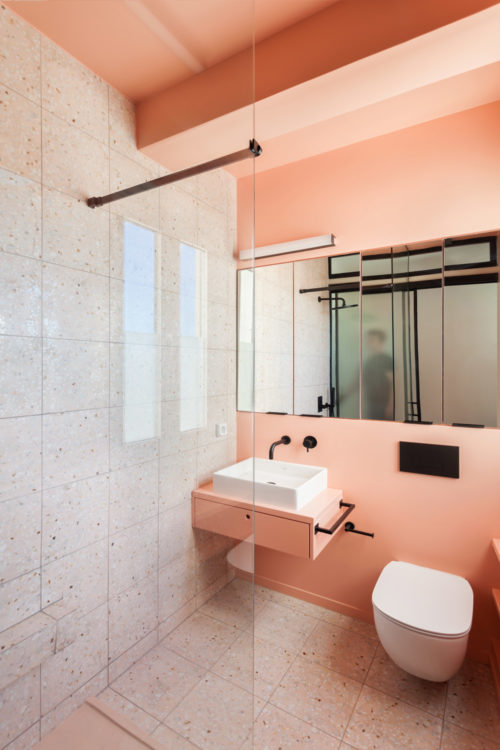 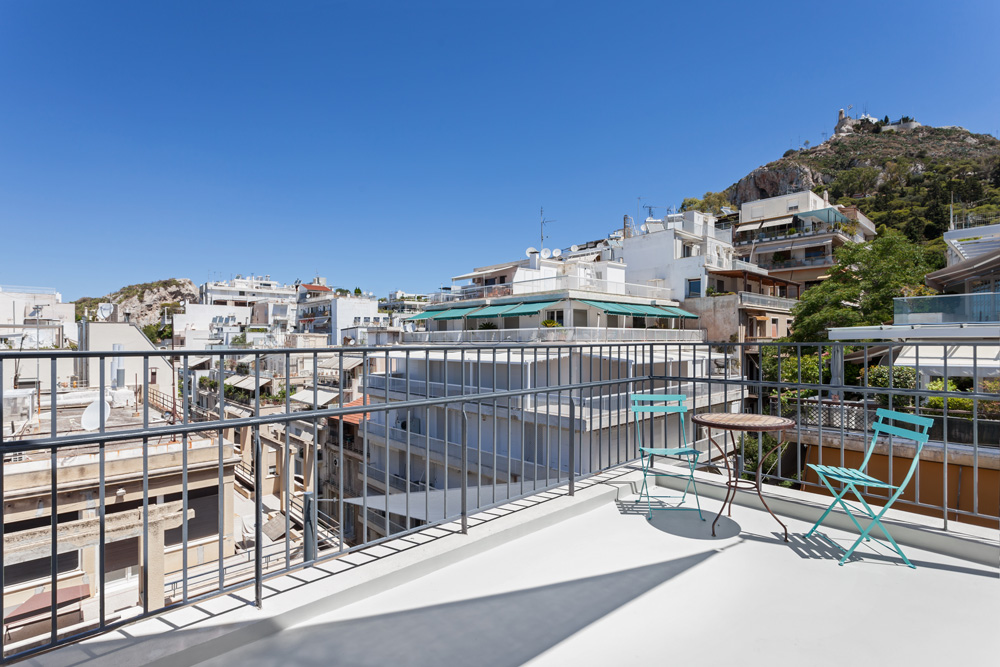 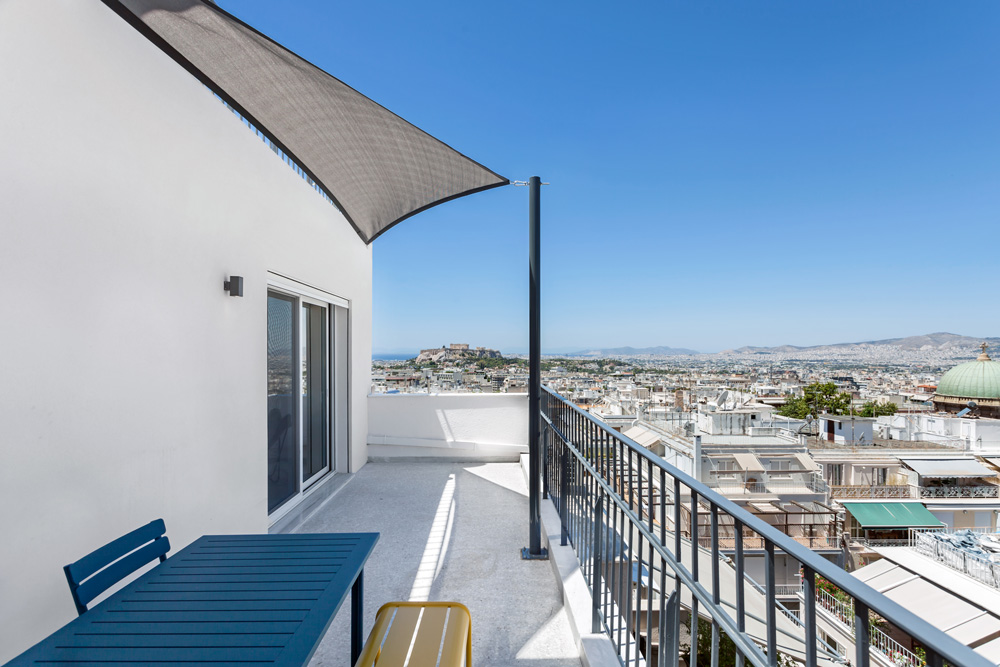 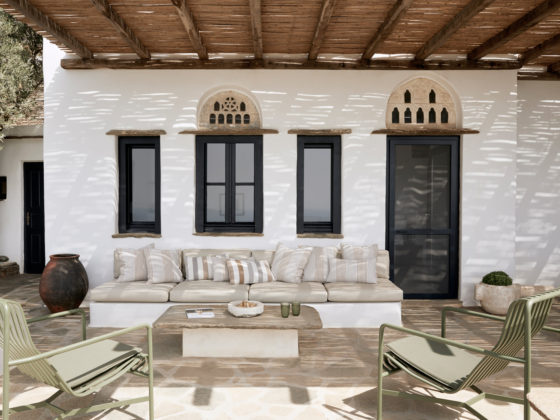 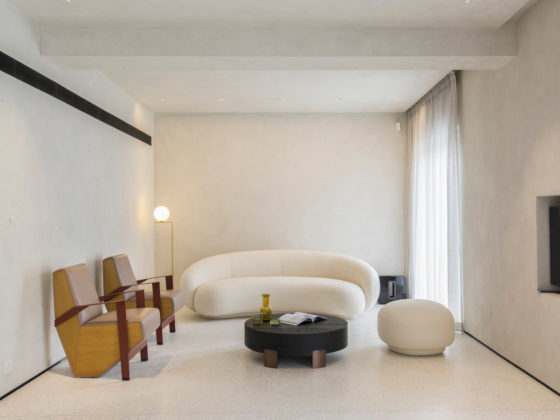 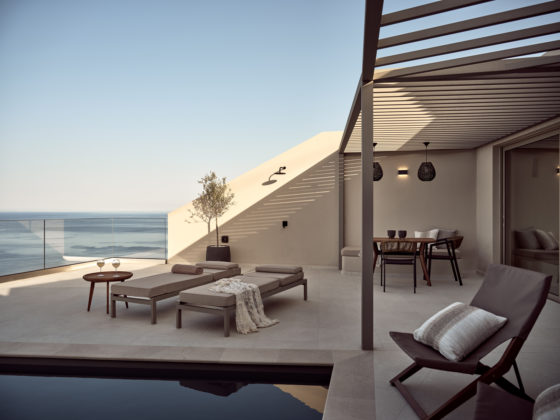 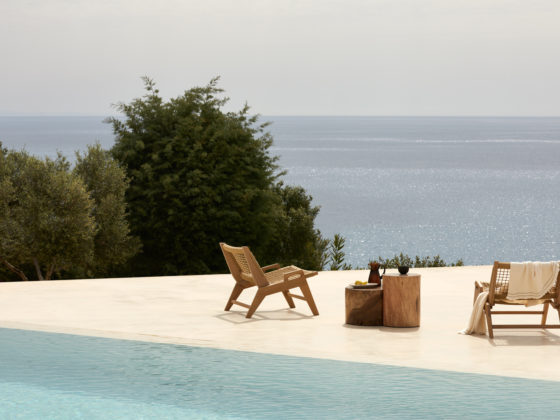 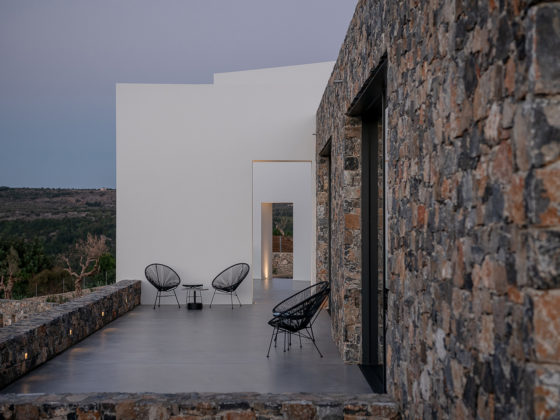 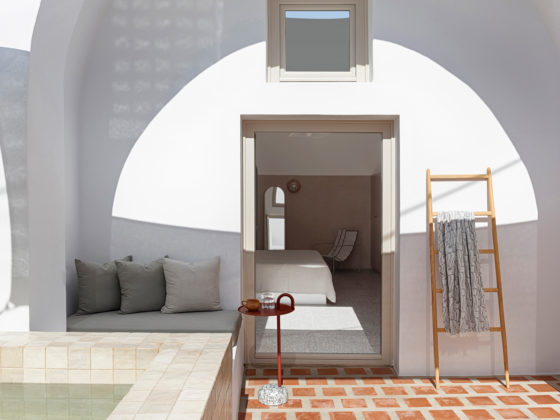