The apartment is located in the heart of the city, sitting on a quintessentially Athenian block dating back to the early 1960s. The main objective of the study was to redefine the notion of ‘dwelling’ for a bachelor residing in a neighborhood & building that oozes unique sixties elegance.

The living space was completely redesigned to incorporate both the dining and seating area as well as the kitchen and entrance hall in a single space. Nonetheless, two struts were intentionally left exposed to create an ‘invisible’ corridor separating the seating /dining area from the kitchen / hall space. The kitchen features a prominent dark blue lacquered surface which acts as a multifunctional cabinet/bookshelf, giving depth to this 76sq.m. apartment while partially isolating the kitchen from the main seating area. The corridor leads to the main bedroom, the bathroom and the second bedroom.

The selection of materials was critical to the end result, giving the apartment a contemporary feel with hints of modernism – a nod to the building’s early sixties heritage. The wooden herringbone floor acts as a counterpoint to the mat lacquered blue surface, while the furniture, decorative objects and lights bridge seemingly conflicting motifs to create a harmonious atmosphere. 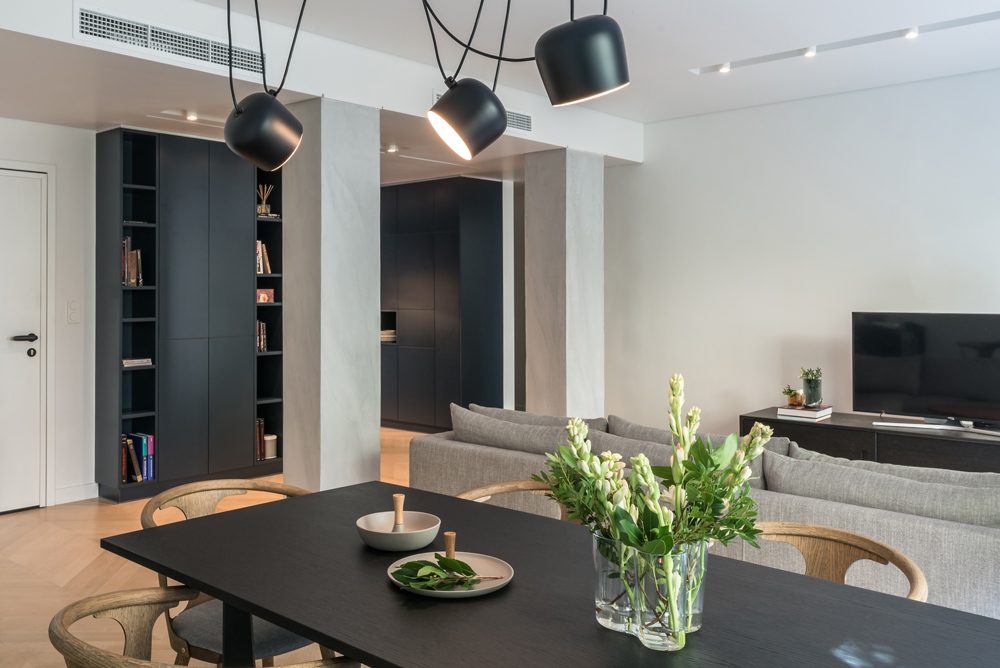 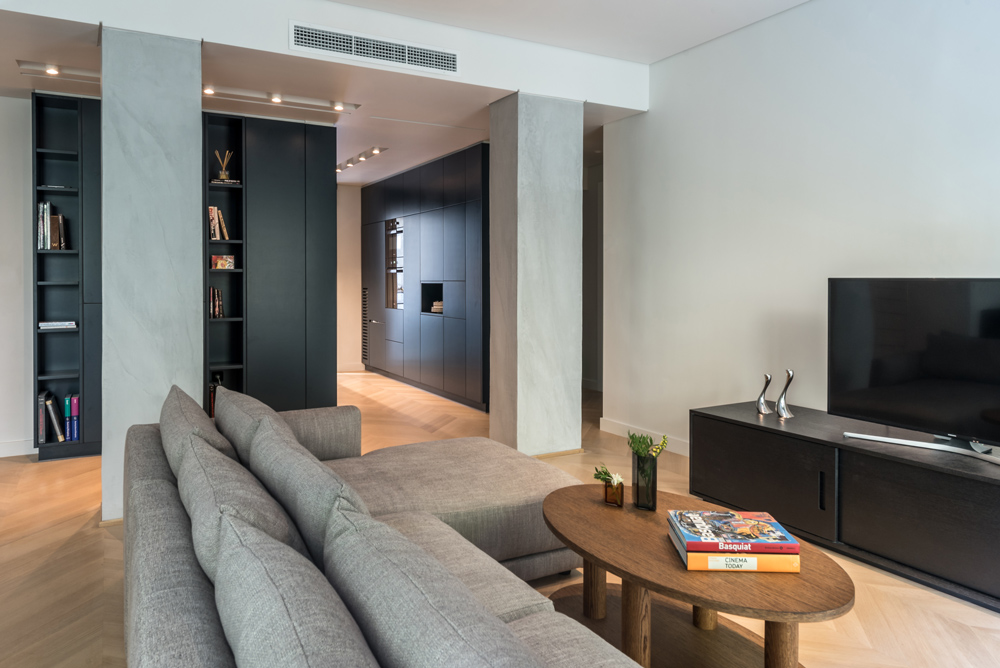 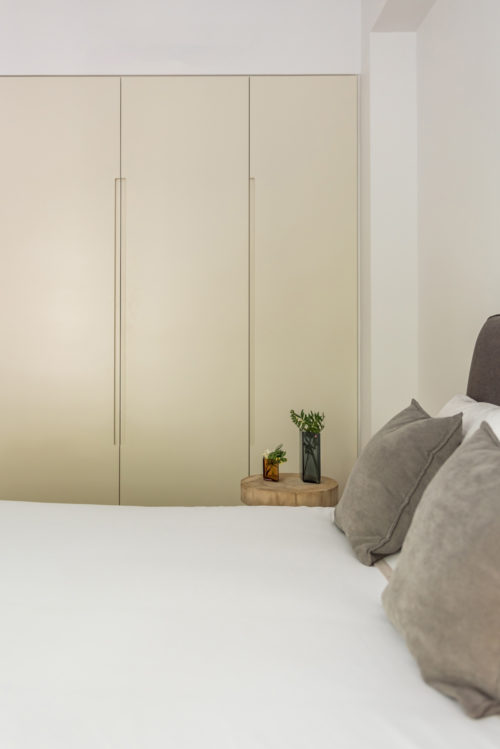 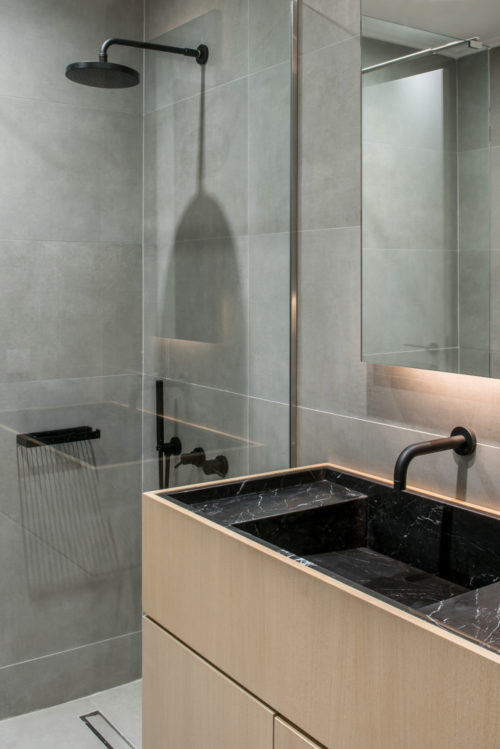 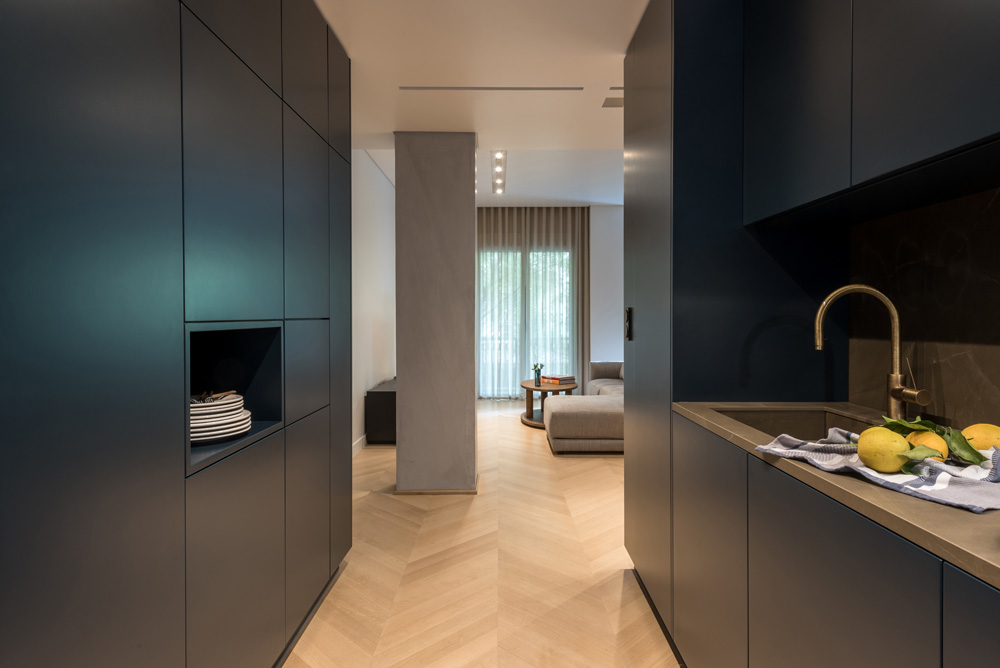 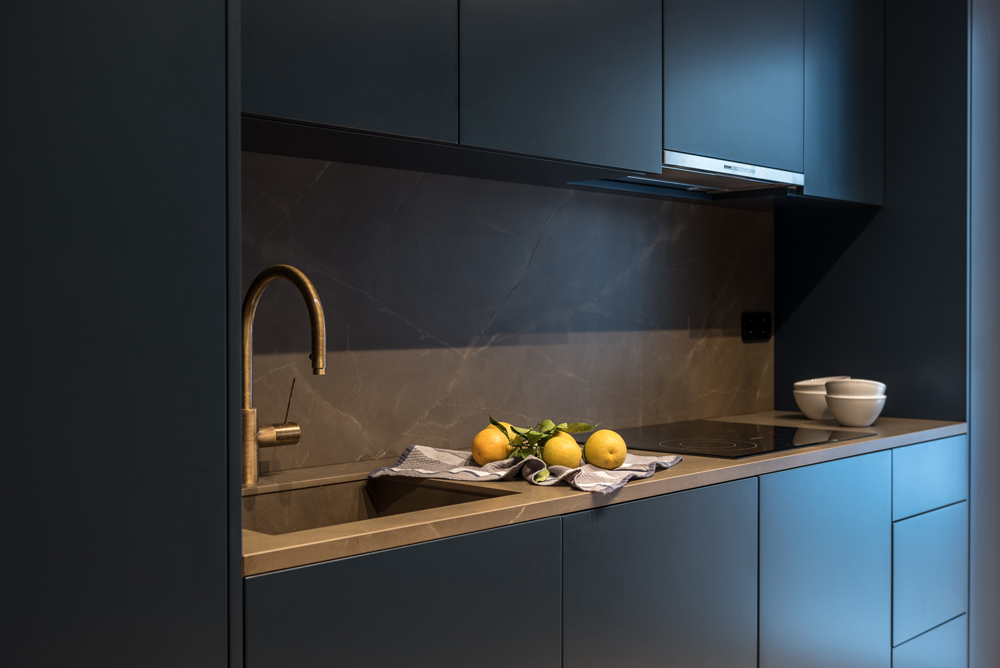 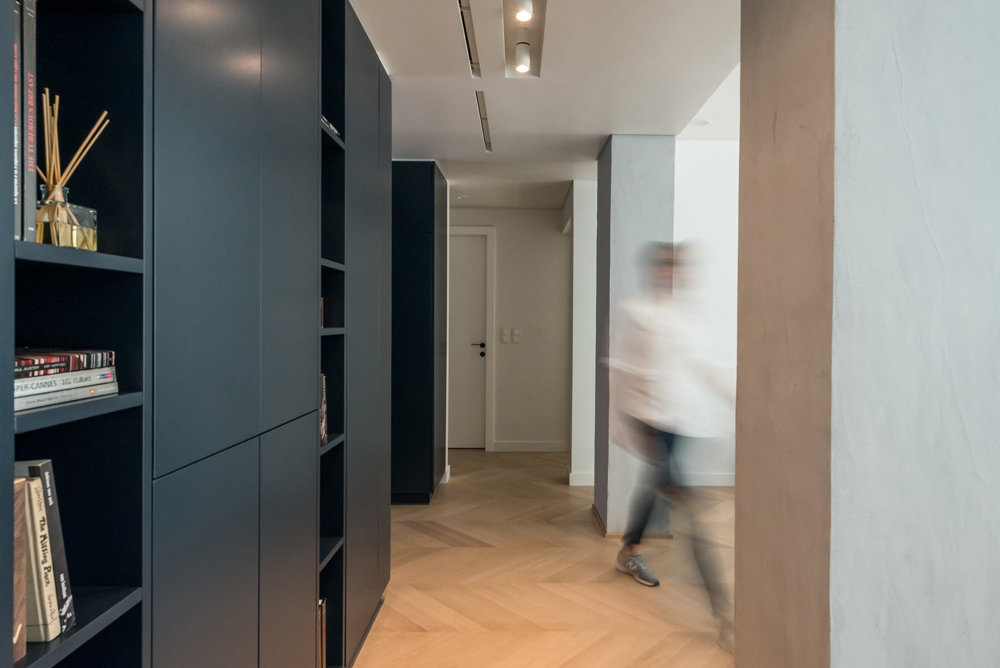 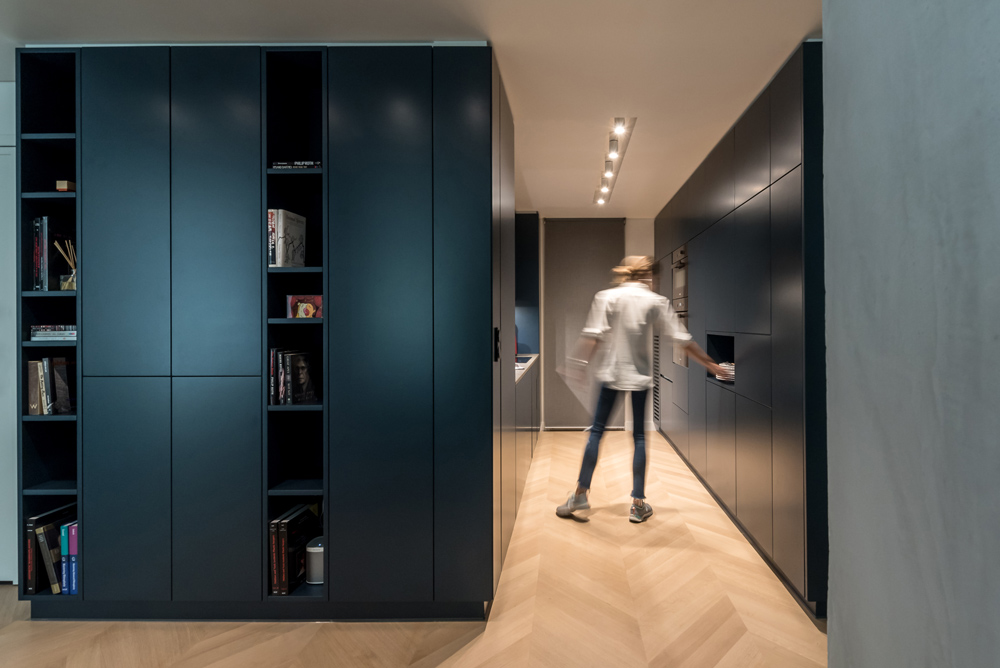 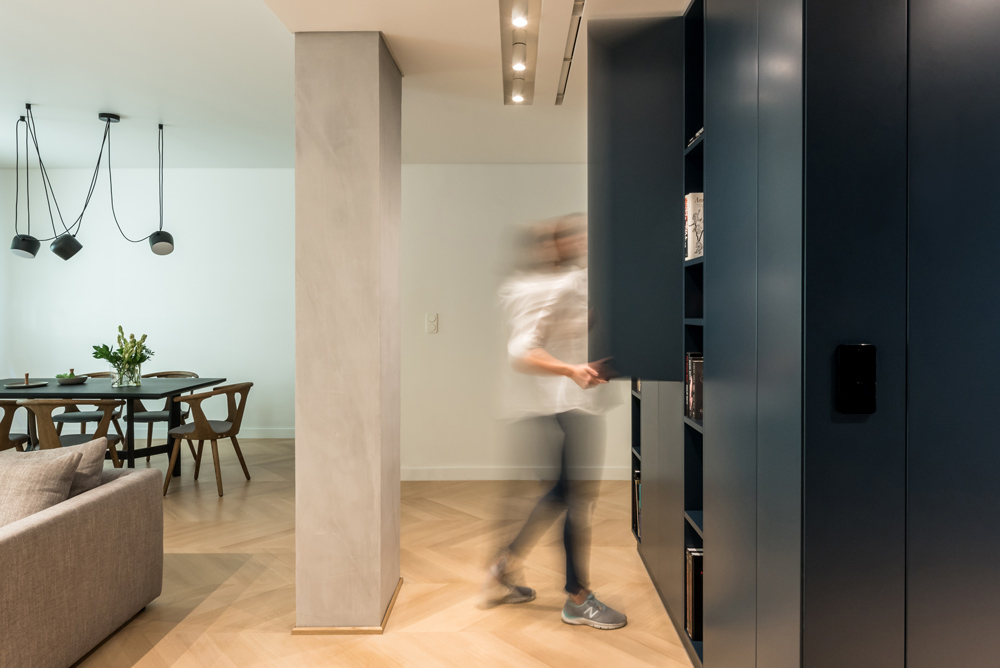