Located on Kapsali Street in the Kolonaki district of Athens, this 1920s neoclassical building was renovated by AK-A Architects for the law firm PotamitisVekris, in a concerted effort to rejuvenate and re-appropriate centrally located neglected buildings. Over the years, the building was transformed from the mansion of a prosperous Athenian to an athletic foundation, a bank, an insurance company, and a multinational retailer. The building’s continual operation resulted in well-preserved façades, but its drastic changes in function devastated its interiors, which were completely stripped and/or covered to meet capacity and adhere to building codes.

The architects’ intension was the harmonization of the building’s remaining neoclassical character with a new, fresh vocabulary, and the creation of a work environment supporting creative interaction and concentration, while reflecting a welcoming yet professional identity. The design forms and language used, particularly in custom designed objects such as balustrades and door handles, are reminiscent of early 20th century Athenian art deco and early modernist buildings. The simple interiors feature a crisp color palette of dark green, off-black, flannel grey, straw beige and white. A combination of hard/reflective and soft/matte materials can be found throughout the building: polished dark green industrial flooring and glass partitions are combined with various shades of gray carpeting and upholstered felt wall panels.

Free-standing glass partitions were erected to enhance physical and phenomenal transparency and the flow of natural light into every office, while vertical fabric blinds provide an optional layer of privacy between offices. The few remaining elements reminiscent of the building’s original neoclassical character, such as the ornamented gypsum ceilings and the entry doors, were preserved. 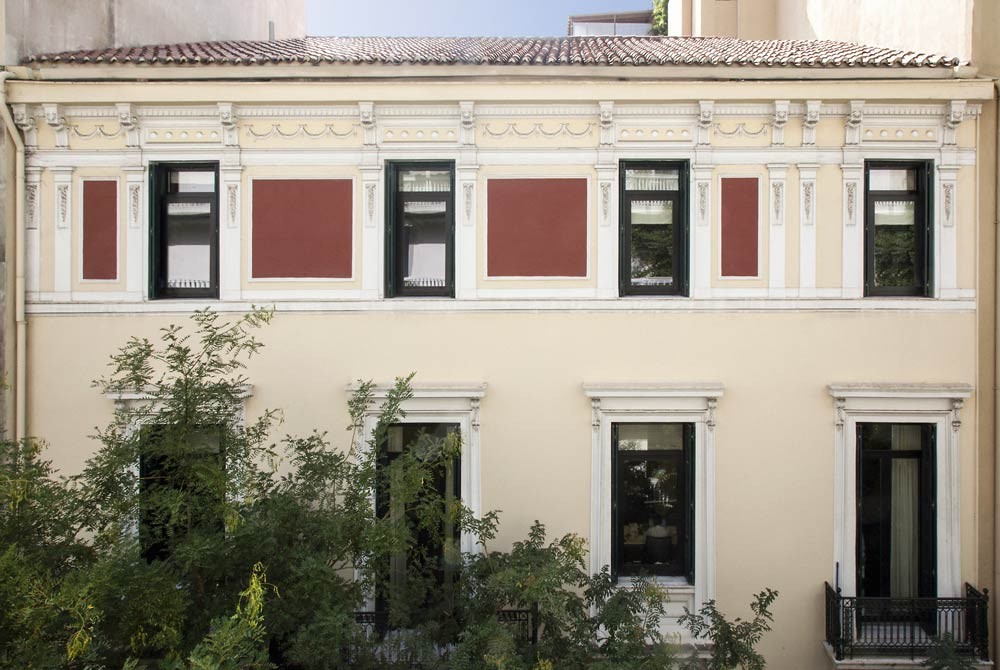 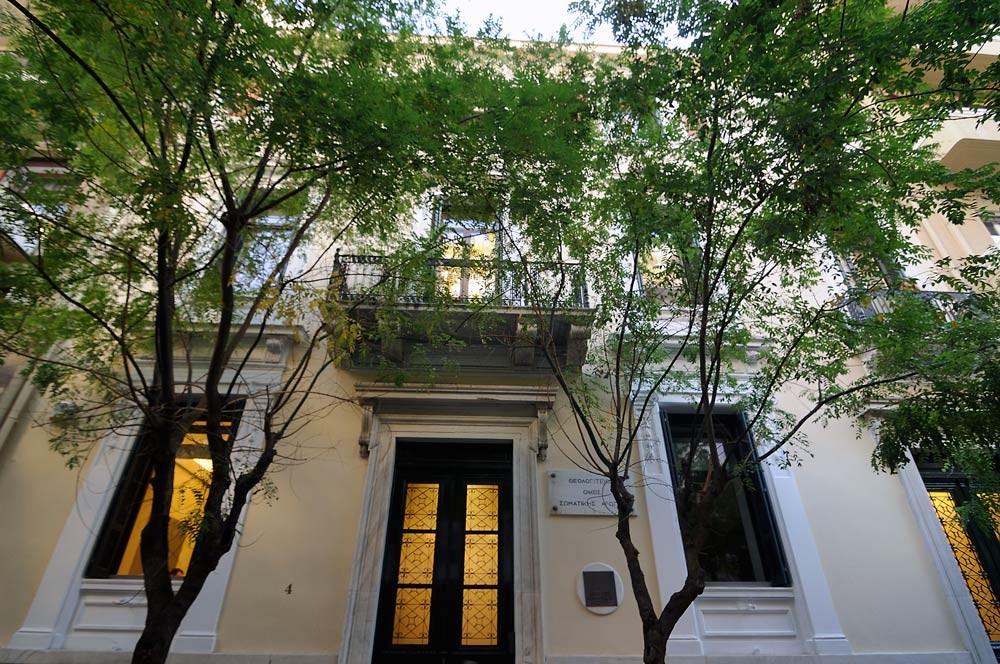 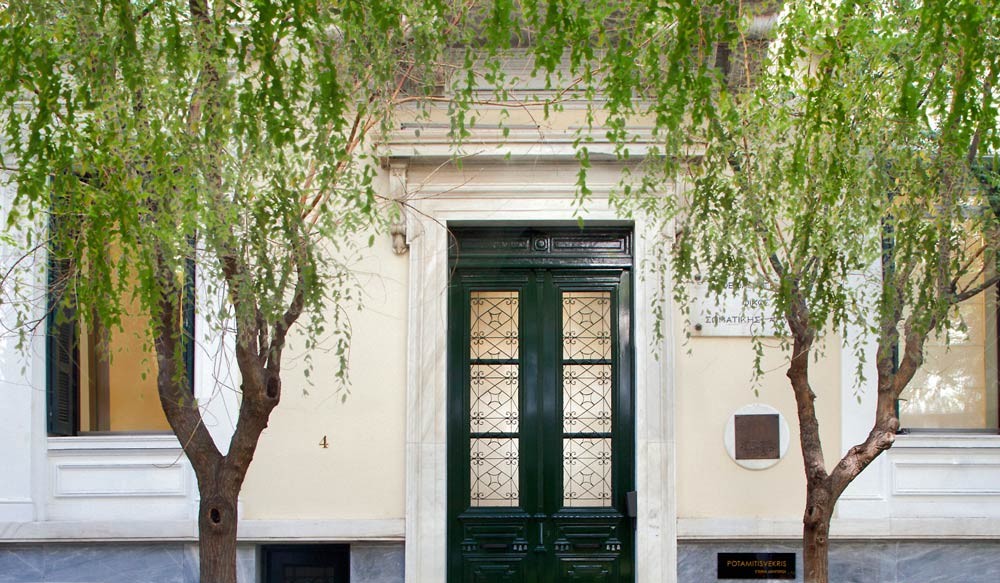 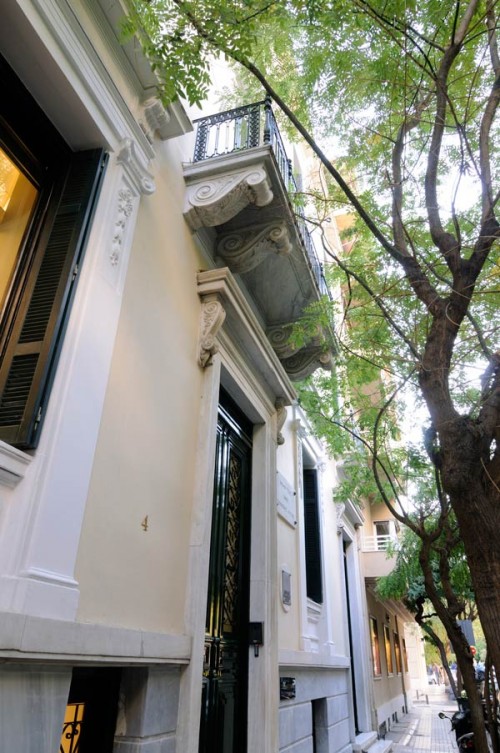 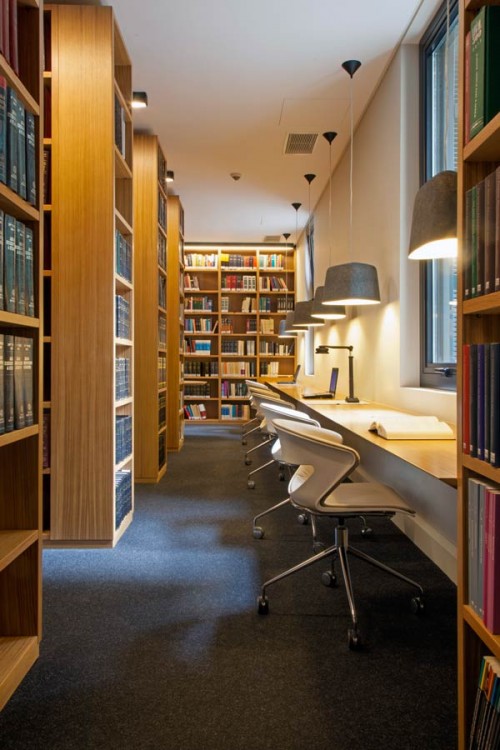 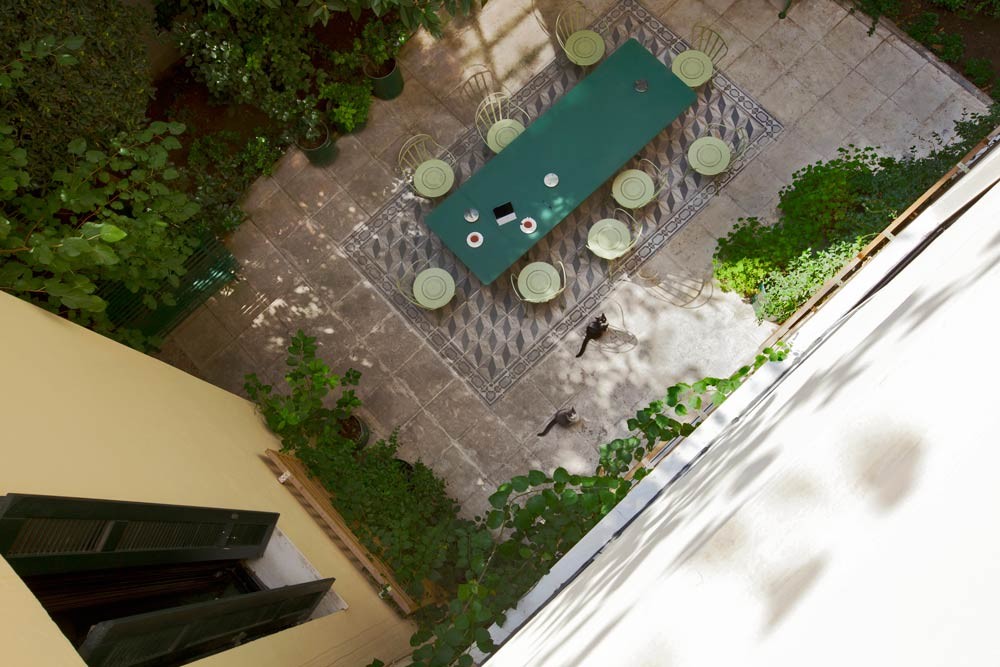 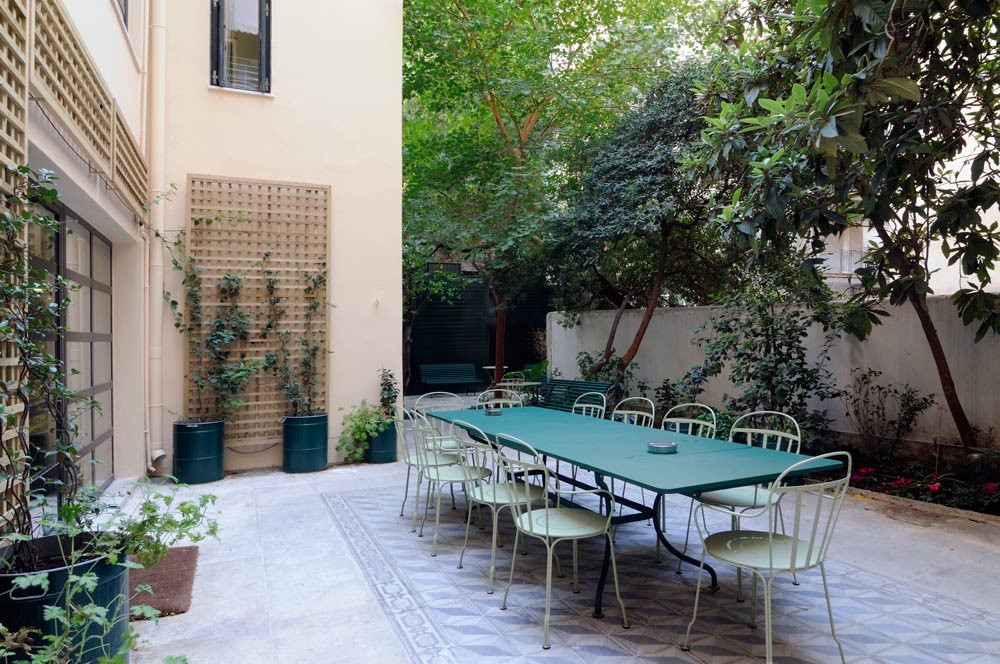 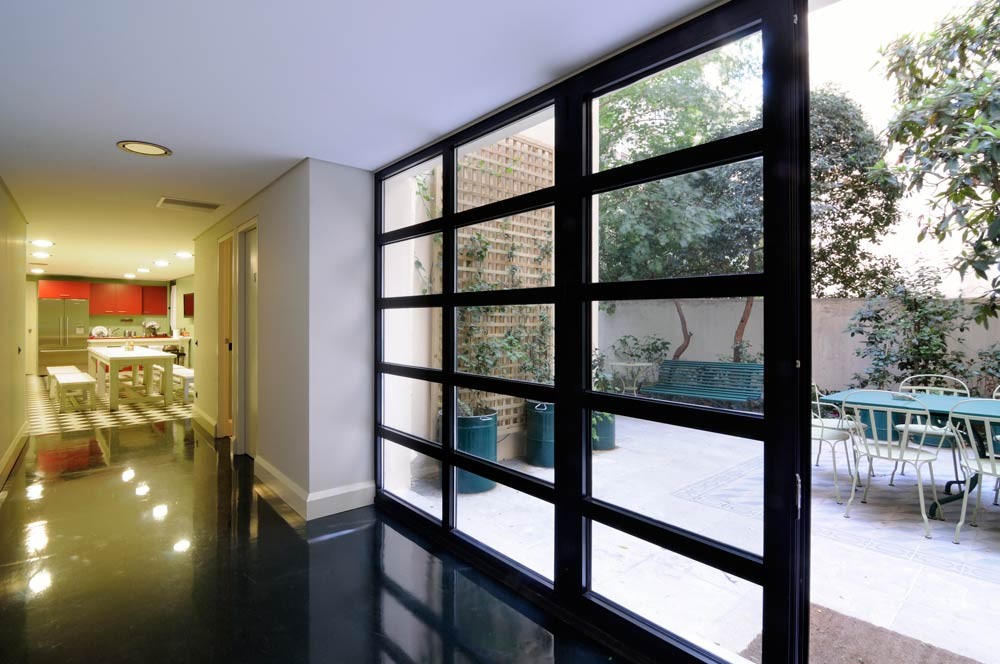 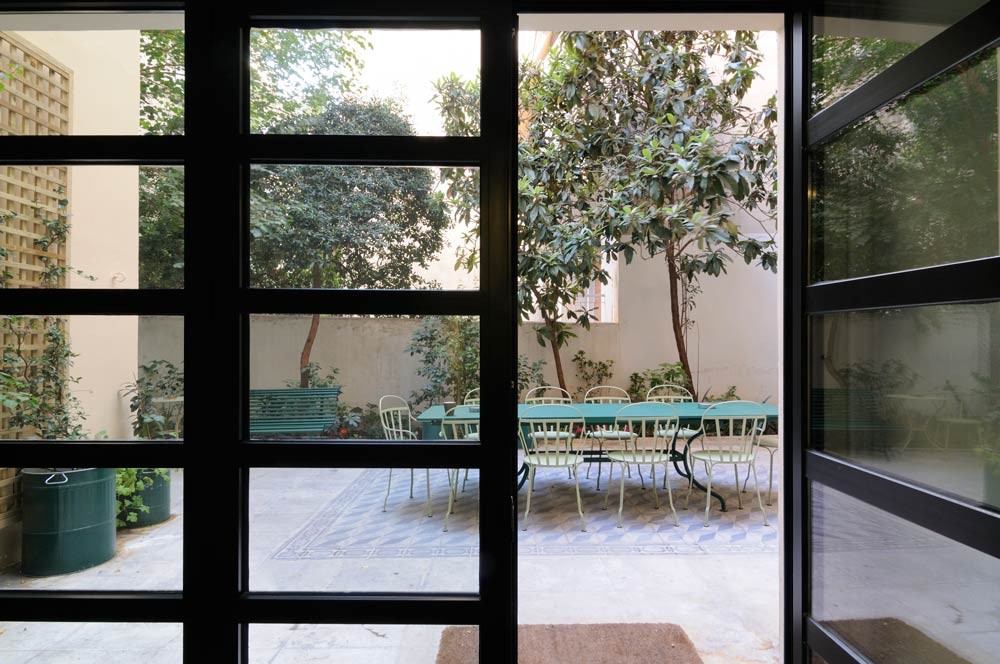 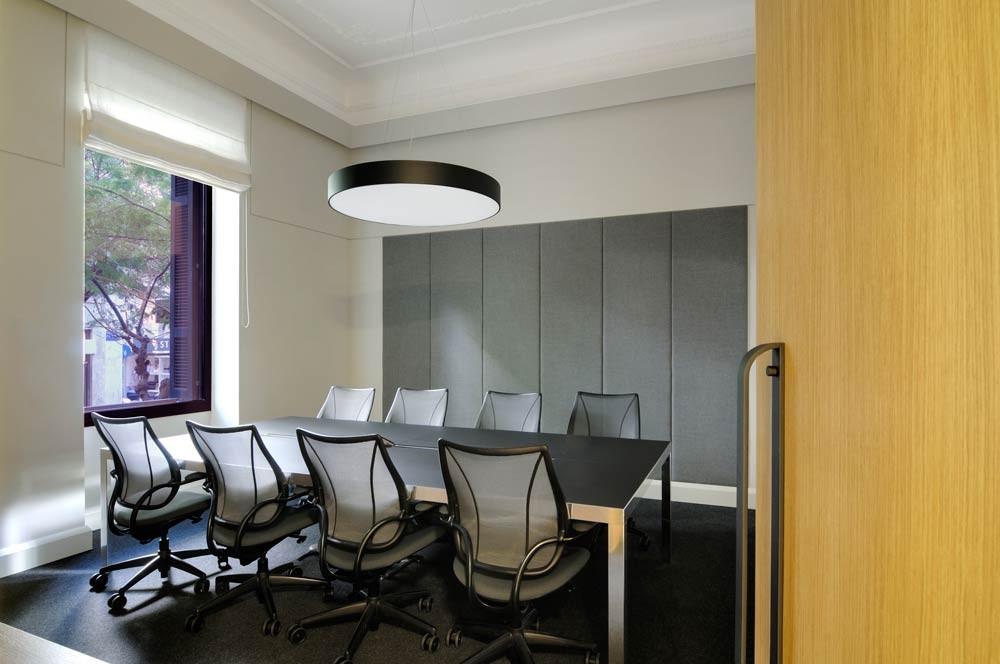 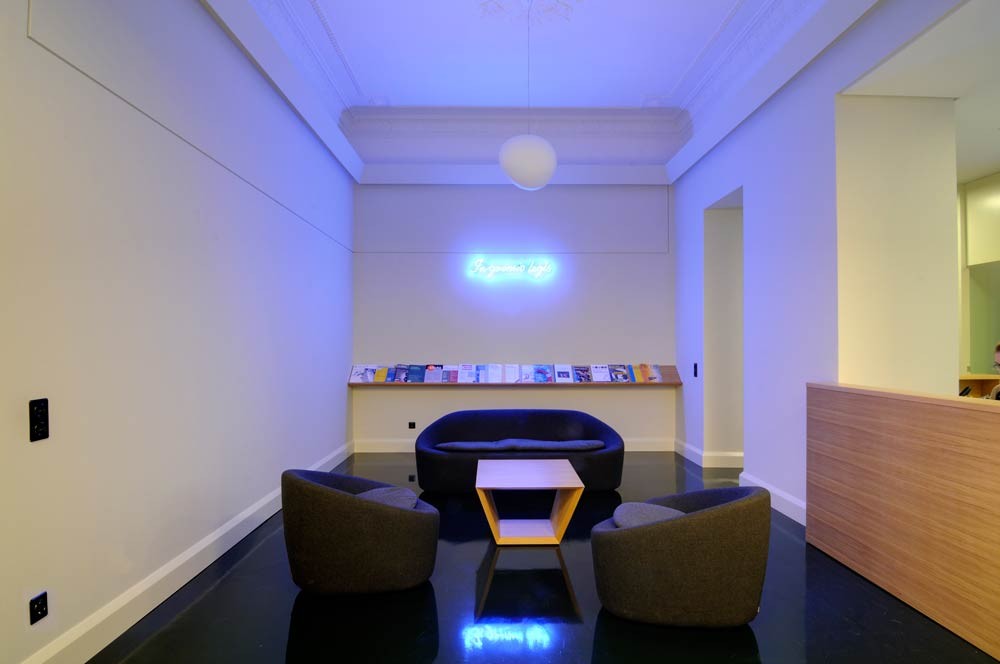 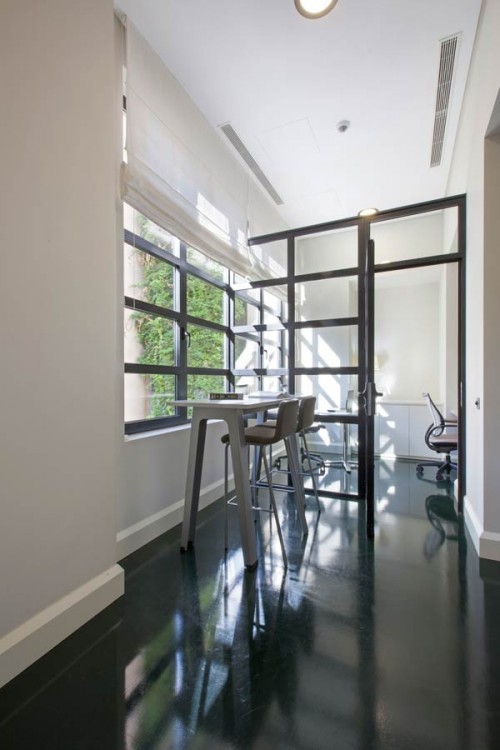 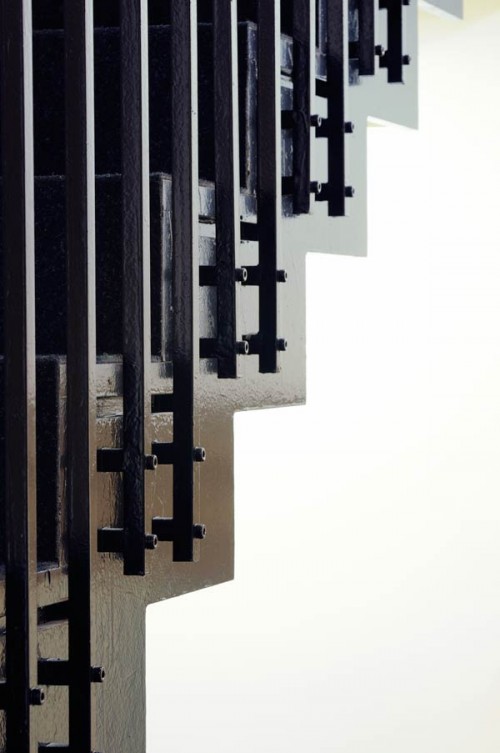 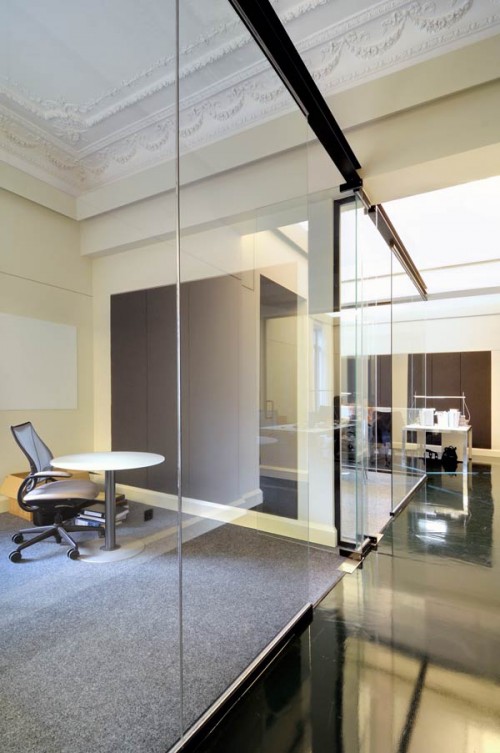 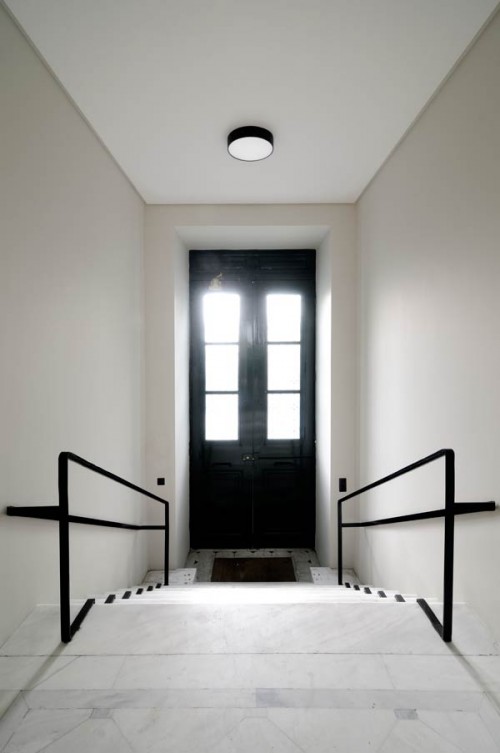