An icon of Greek post-war modern architecture, the Doxiadis building, having decayed during the last 20 years, finally came back to life through its conversion into a residential building by Divercity Architects. This conversion raises crucial questions about the notions of memory, preservation, integration into natural and built environments and innovation inspired by the potential of existing spaces.

The above ideas were initially addressed by Constantinos Doxiadis, the internationally acclaimed architect & urban planner who originally designed the building in 1957, to house his offices and the Doxiadis School of Technicians. By defining memory as a dynamic process rather than a static condition, the design strategy moves away from façadism and sterile facade preservation and sets out to reconnect the building with its surroundings, highlight its remaining original architectural features and recreate a community, in respect to the building’s history and Doxiadis’ visionary ideas.

Specifically, the atrium, along with the original construction grid and the escalating volumes following the sloping site organised around it, were preserved. The facade’s original module was transformed into a three-component pixellated surface, consisting of glass, translucent concrete and marble panels -one of the materials originally used in the atrium and public spaces. Each “pixel” produces spatial effects according to programme, through the diffusion of light, casting of shadows, and revelation or partial concealment of the views to Mount Lycabettus and the Acropolis.

The ribbed concrete ceilings in the living rooms of the apartments are exposed, restoring Doxiadis’ technological achievement. The herringbone pattern timber floor and marble cladding in the bathrooms, refer to the golden age of Athenian 1960-70s apartment buildings. The ground level communal areas (indoor pool, gym, meeting room, crèche) are distributed around the atrium, reinforcing its function as core and transition point between the apartments and the city. With its marble floor and reflective water surface, it is central to creating a community, typical of housing complexes of the Modern Movement. The ground floor will house a permanent exhibition honouring the work of Doxiadis. 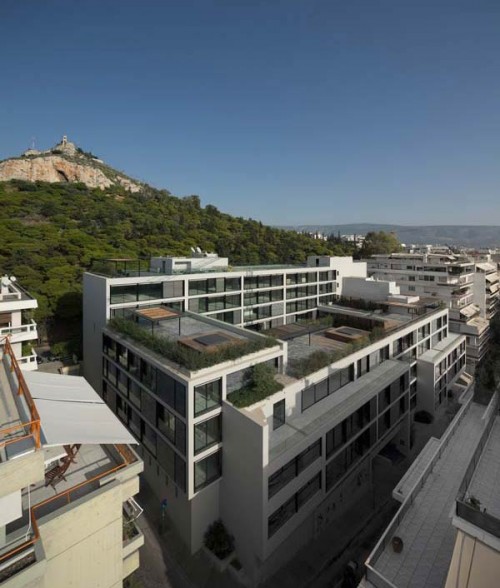 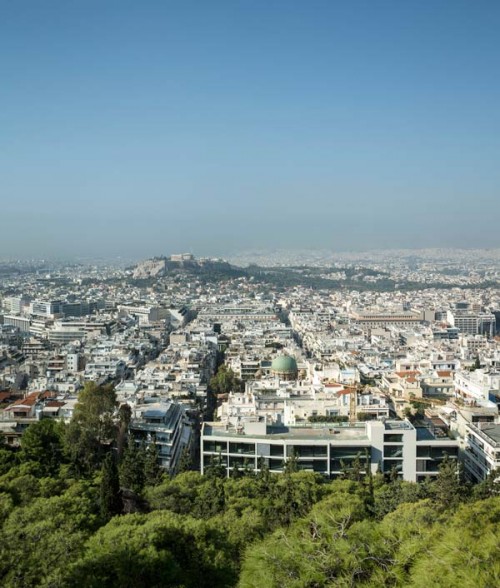 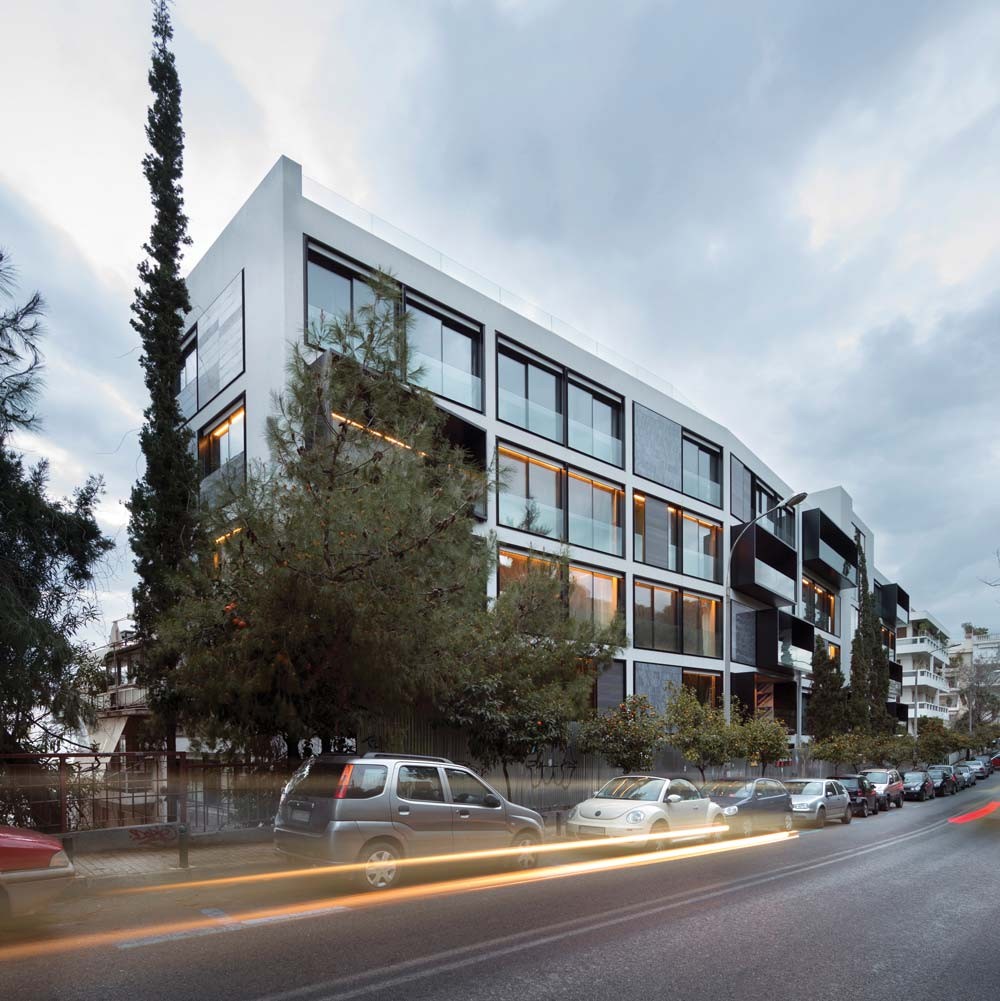 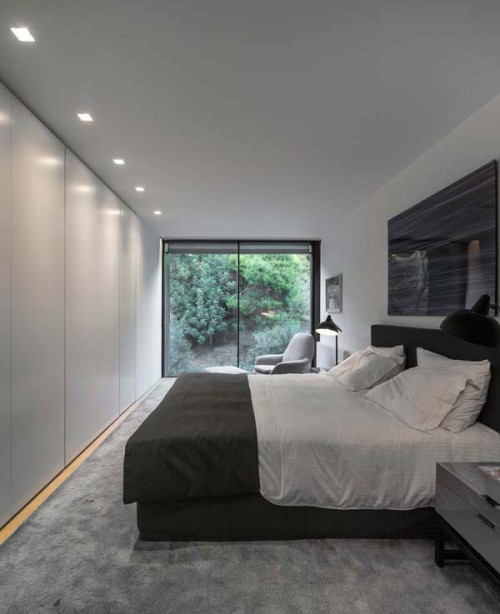 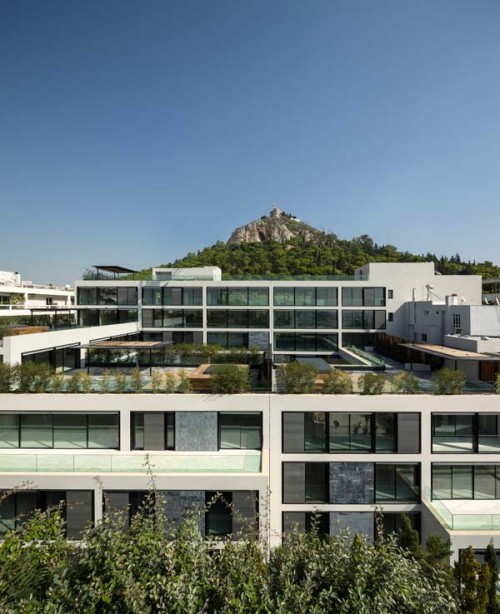 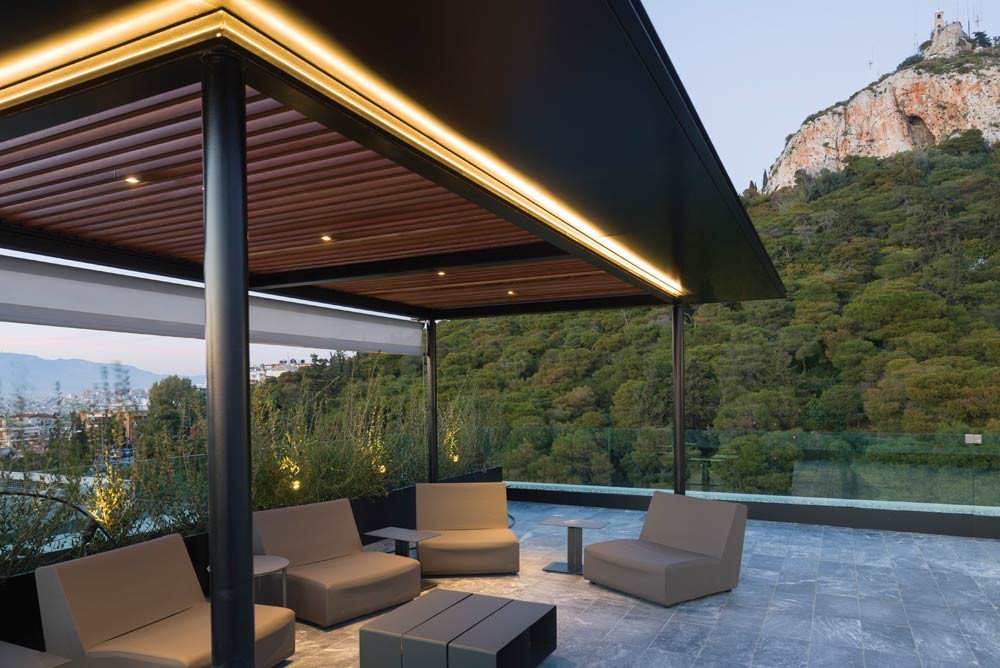 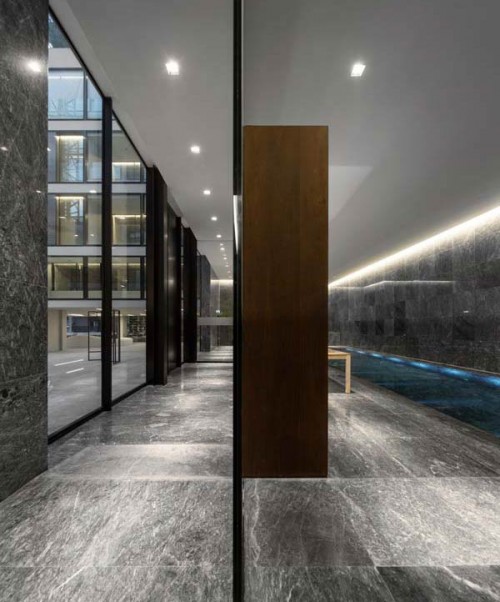 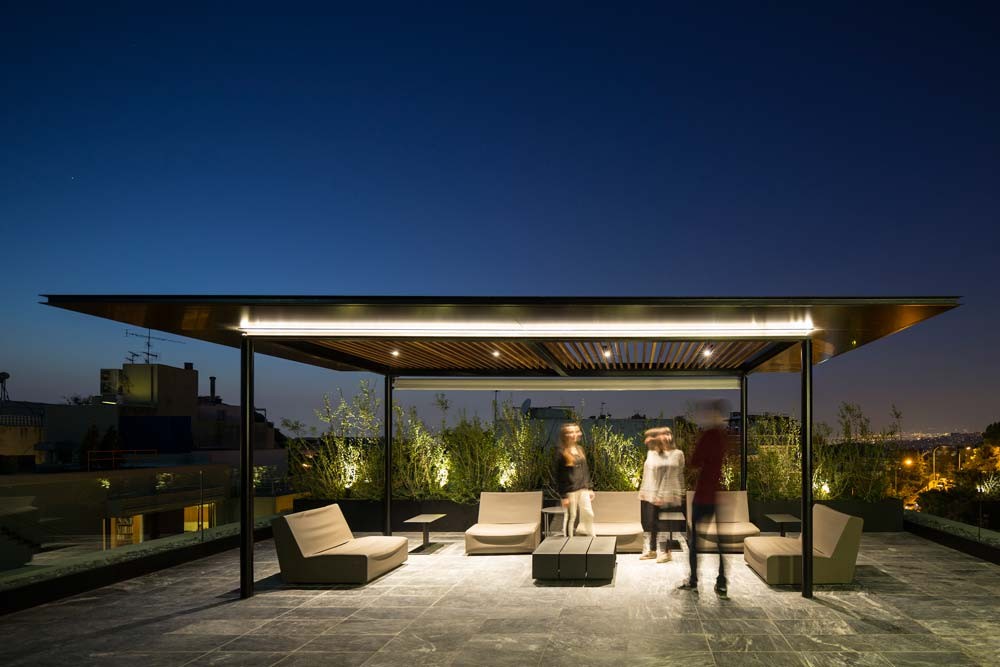 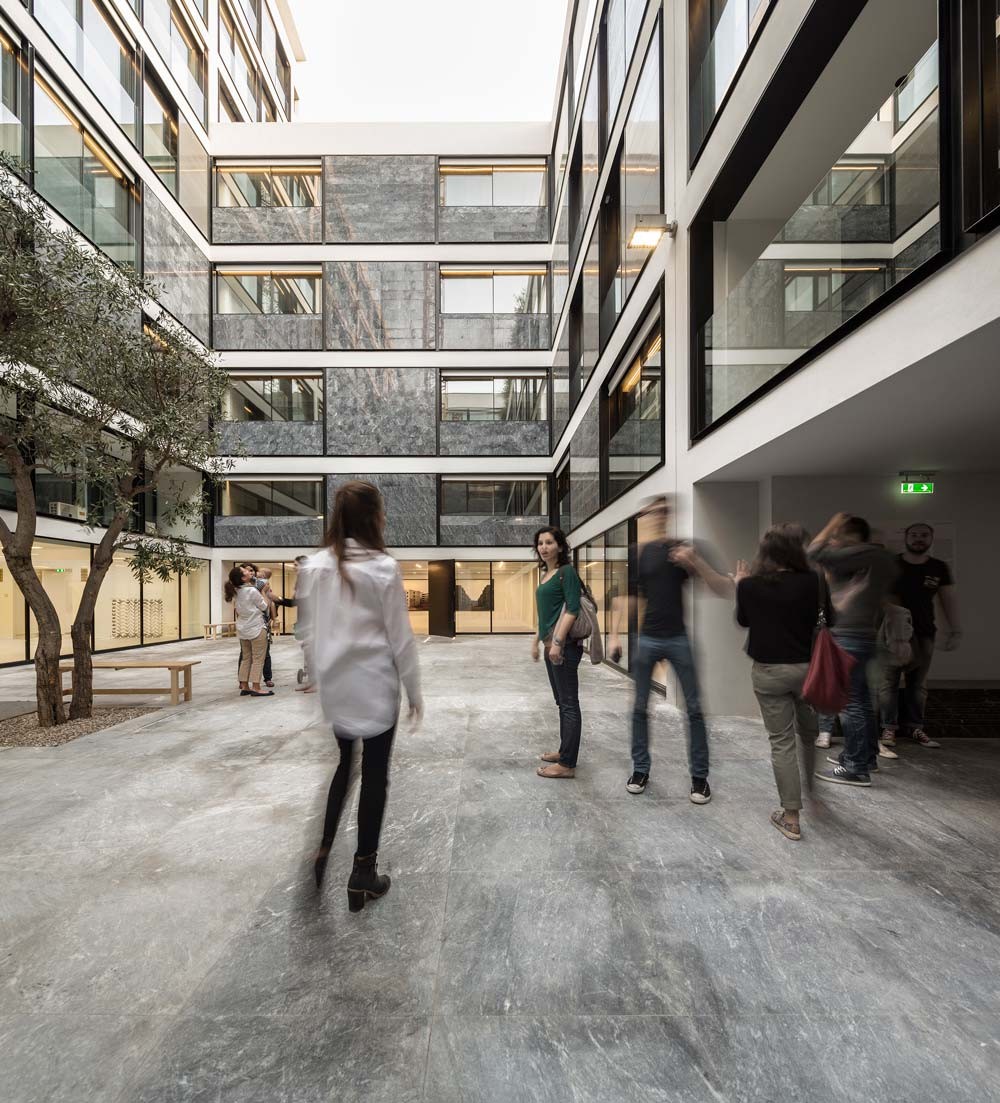 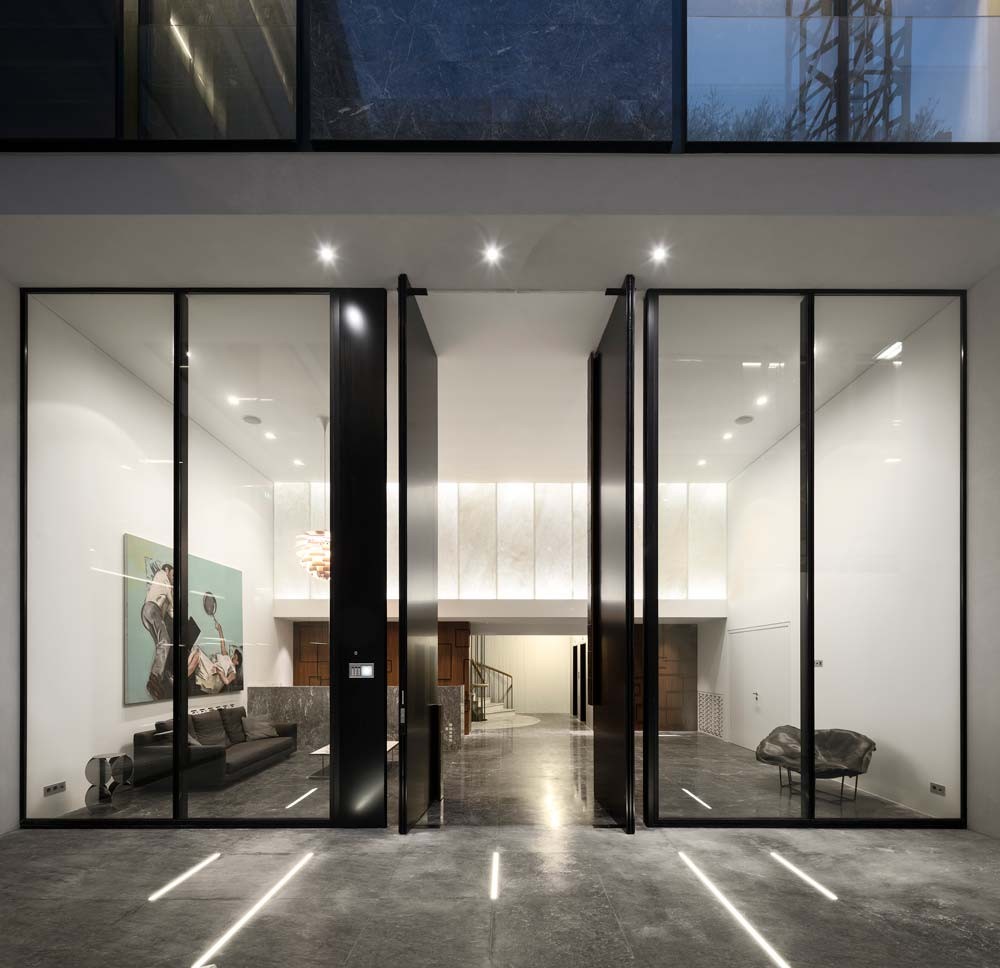