The aim of the PX ATHENS initiative is to respect, reinstate and reconstruct Athens’ playgrounds. The innovation of the project results from an in-depth reading of the existing condition of the playgrounds in the center of Athens in terms of their characteristics and specificities – nature, topography, built environment, history, etc – which in turn defined 7 principles for their redesign. The envisioned PX ATHENS’ playgrounds will offer to users the ‘in-situ’ joy of discovering nature, confirmation of physical skills and social coexistence in a perfectly safe yet autonomous and cohesive environment. Moreover, the interconnection of the playgrounds will offer a virtual and digital network of play in the city, in which everyone, -young or old- will have unlimited -real but also virtual- access.

The space for play of the first playground stretches on the foothills of the Acropolis, alongside one of the city’s most important pedestrian streets which leads to the New Acropolis Museum. The north side of the street is defined by six separate ownerships and buildings of different periods, including three listed neoclassical buildings and polykatoikias of the 30’s and 60’s, while the south side is occupied by a listed elementary school designed by Patroklos Karantinos in 1931. Due to the proximity to the school, the space while degraded with the typical concrete configurations of flower beds and sittings of the 70’s, remains a very busy place used both by children and their guardians mainly during the hours that school is dismissed.

The entrances to the ownerships -the thresholds- gave a rhythm and character to the intervention. Their reinstatement determined the organisation of the space, which was thus divided into six sections, on the projections of the ownerships’ boundaries. From the west to the east, the first, third and fifth section, function as accesses to the school. On the south side of the second and third section is where the main playing area is located, surrounded by concrete configurations of parabolic shapes which become sitting and playing elements engulfing the existing trees. The selected equipment is aimed towards two age groups: toddlers and children aged six and twelve years old. Balance and tumble toys have been specified, as they develop the children’s ability to focus while shaping important social skills and encouraging communication through observation, storytelling and conversation.

The PX ATHENS initiative of the non-for-profit organisation ‘Paradeigmatos Harin’ is developed in partnership with the Municipality of Athens and is being implemented with a pilot project of initially 6 playgrounds scattered in the central neighbourhoods of the city. 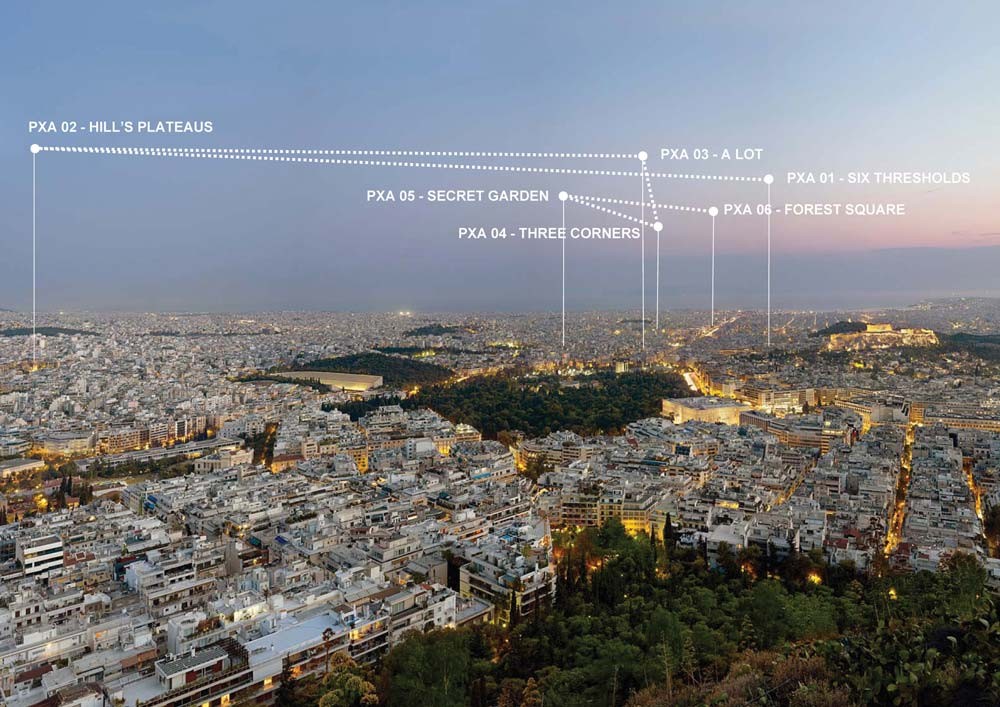 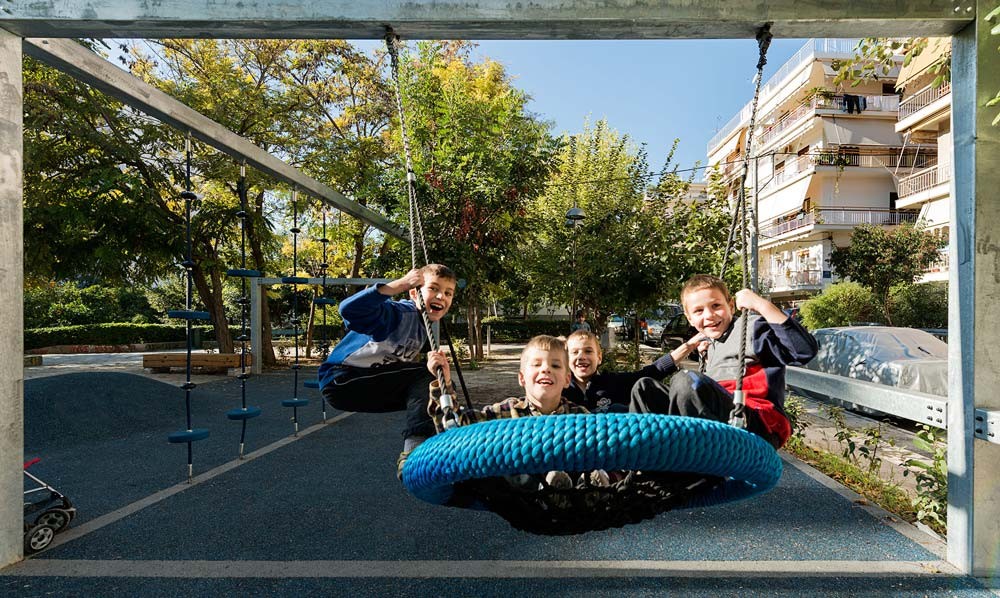 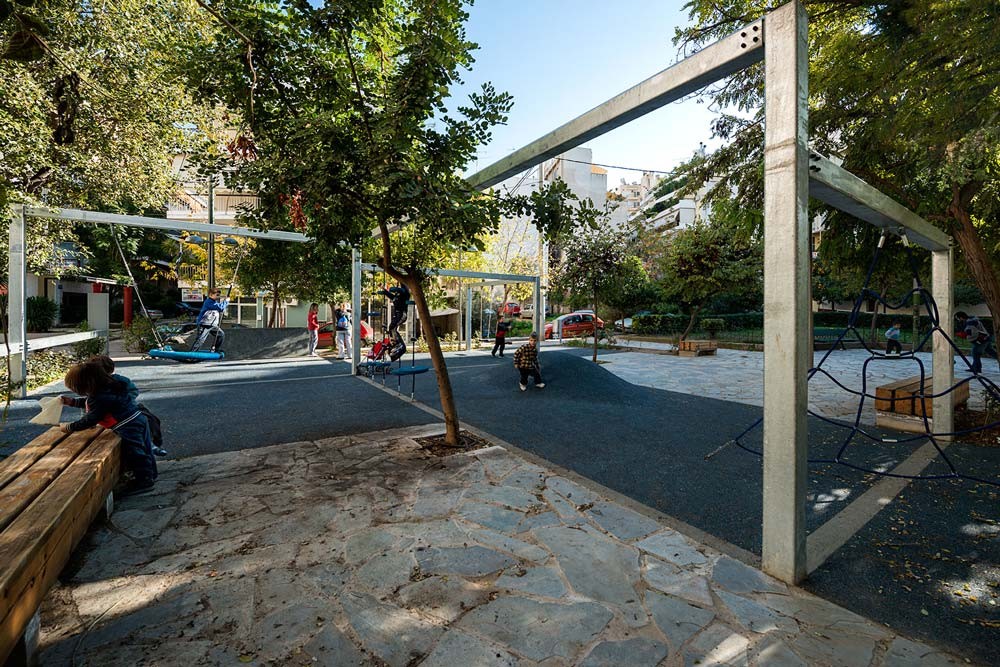 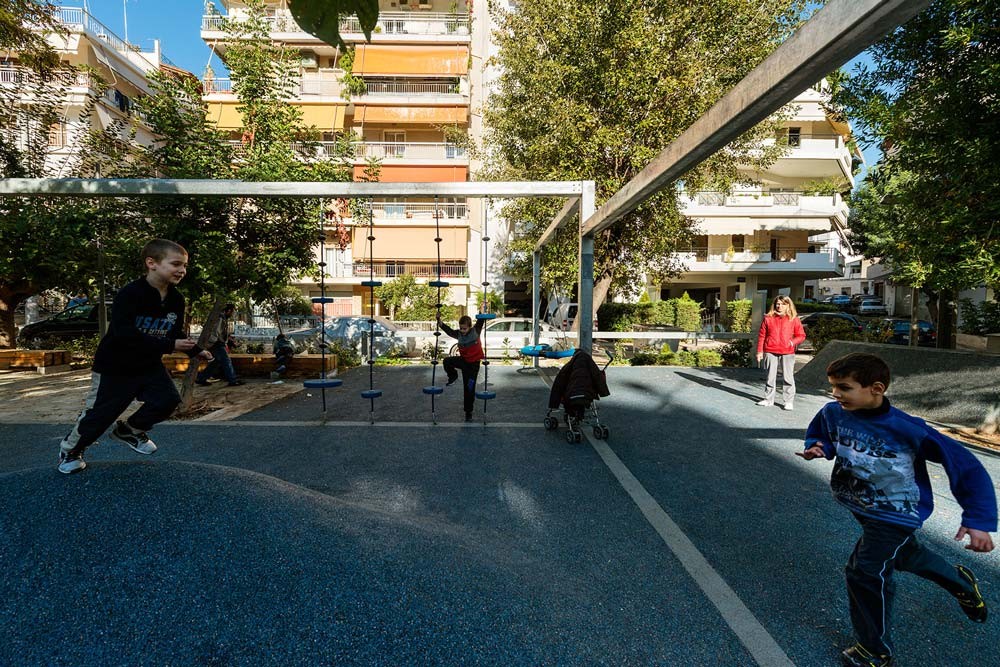 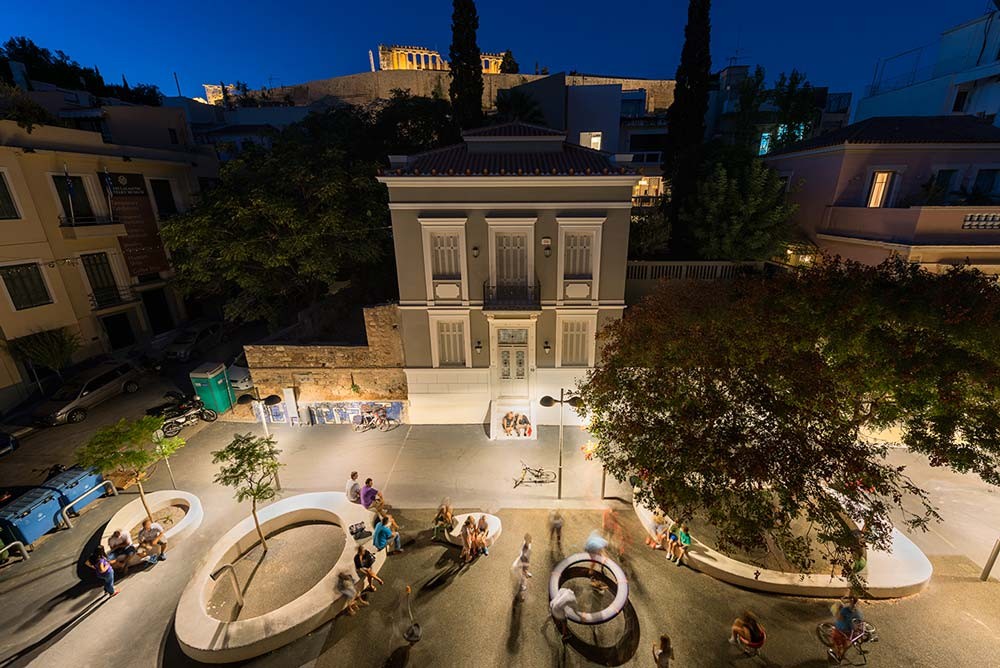 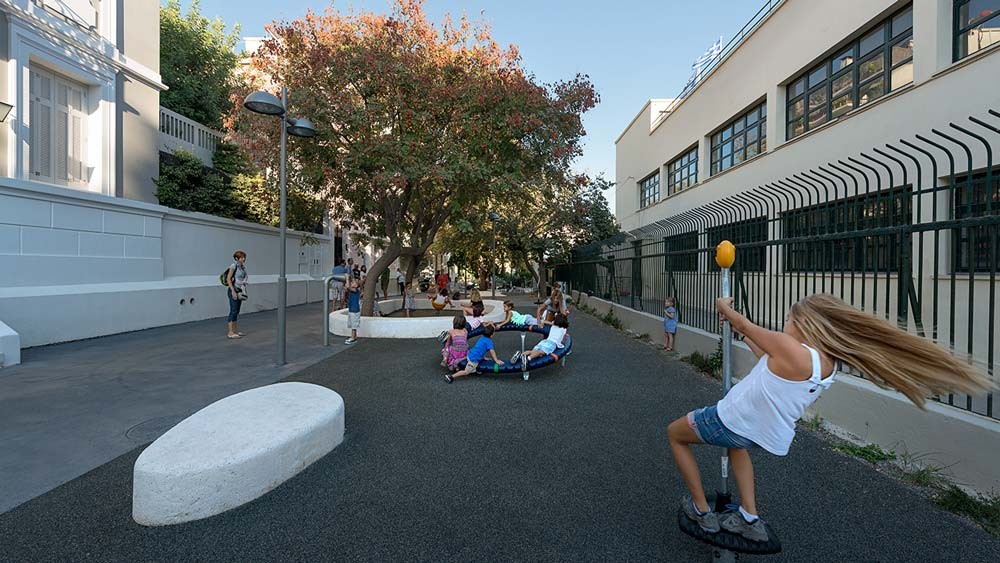 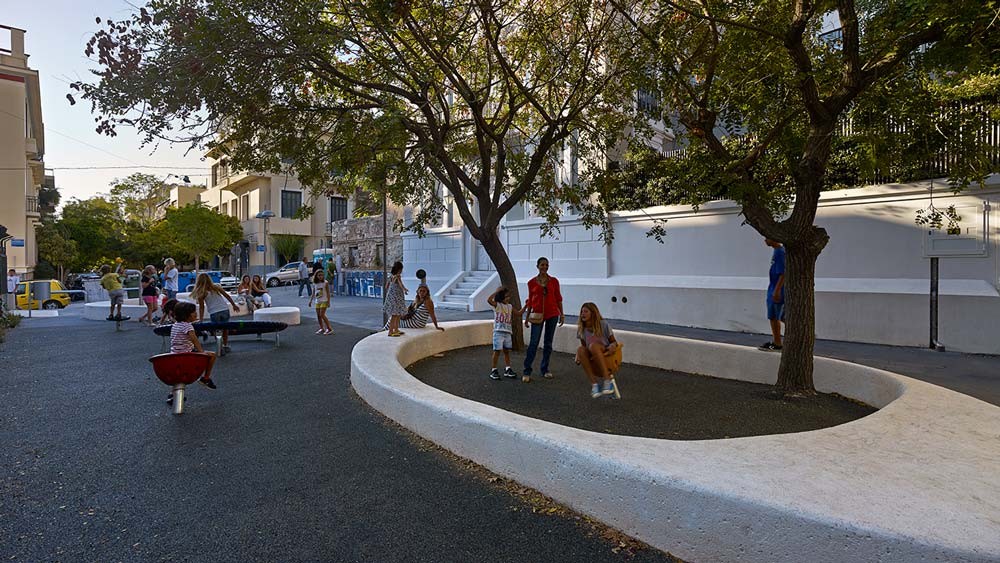 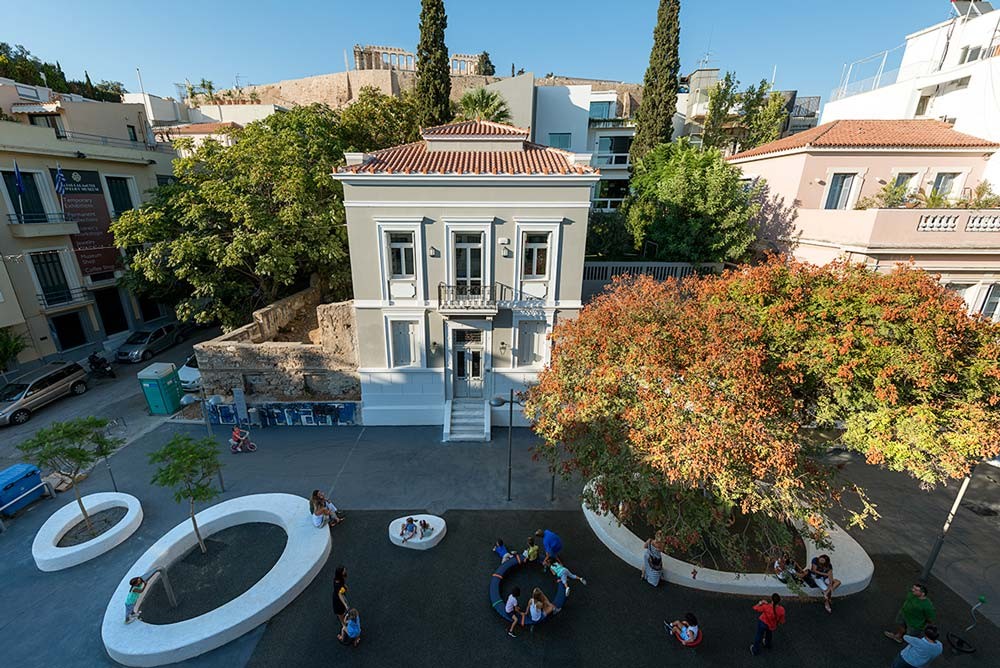 Nesea boutique apartments in Hydra island by… November 15, 2020 The hotel apartments are located in the center of Hydra next to the Cathedral and in 100m distance from the port. The two buildings of the complex are accessed from…

Ilioupoli apartment in Athens by Point Supreme October 27, 2020 A formerly unfinished, semi-basement space in Ilioupoli neighborhood of Athens was turned into a small apartment. Its size is 56m2. Because of its sunken position and the fact that light…