The residence in Crete by 3+ architecture is situated below the mountain ridge borders and is defined by geometric clarity, the use of natural light and a dialogue between the interior and its external surroundings. As the site has limited views to the sea in the northwest, and with neighboring buildings blocking the south and part of the north, the initial intention was to create a building volume facing towards the sole visual connection to the sea. The external sides of the L-shaped residence are austere and closed in order to protect privacy within, while the internal corner contains the everyday living.

The volumetric voids, combined with the extensive use of transparent elements, attempt to alleviate the distinction between exterior and interior in order for the landscape to become part of the living area. Shading surfaces are used as filters that control sun flow in the living zone, creating a constant alteration between light and shadow on the elevations and indoors. The water element in the internal court, created by the building shape, is inserted between the ground and views, seemingly uniting with the sea. The building comprises of two volumes which synthesize an L-shape typology. The former and longest is placed almost parallel to the north-south axis and contains living areas, in contact with the court and the swimming pool which follows the same axis, while the bedrooms face towards the south and the auxiliary spaces to the north. Large openings allow natural light to penetrate the interior, adding thermal efficiency during the winter period; canopies and porticos offer protection from western light during the summer. On the north side, a small coppice will formulate in time, in order to impede cold air and help with the cooling of the residence during summertime.

At the joint of the two volumes, an open atrium is created as a point of reference, ensuring better lighting and ventilation of the adjoining living areas, as well as the sense that nature intervenes in the interior, since from every corner the occupier may focus on the views. The design aimed for a spatial organization of the building through close contact with nature, as well as the use of the local climate. The implementation of bioclimatic elements such as the atrium, shading, thermal insulation, geothermal energy and other building elements, as well as the orientation, add to the reduction of the residence’s energy load. The synthesis is characterized by austere lines and geometric clarity. The domination of white and its combination with contemporary materials highlight the form and the simplicity of the design. 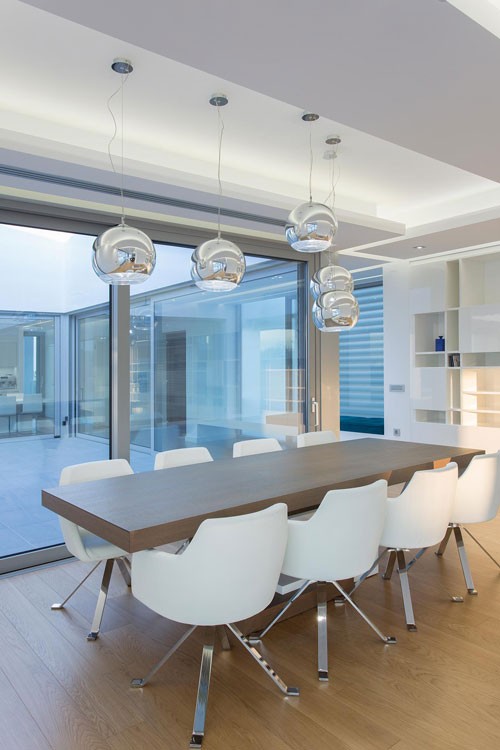 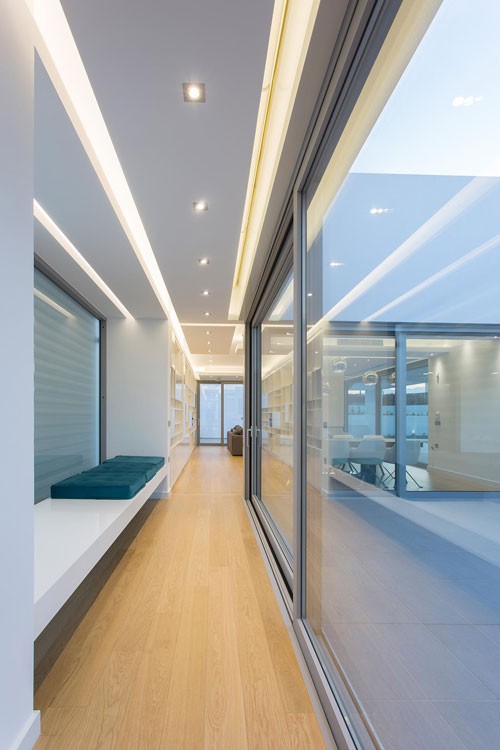 Small hotel in Oia by Kapsimalis architects March 8, 2019 The small hotel is located in the northwest part of the traditional village of Oia in Santorini, just below the borders of its old medieval castle, overlooking the sea, the… 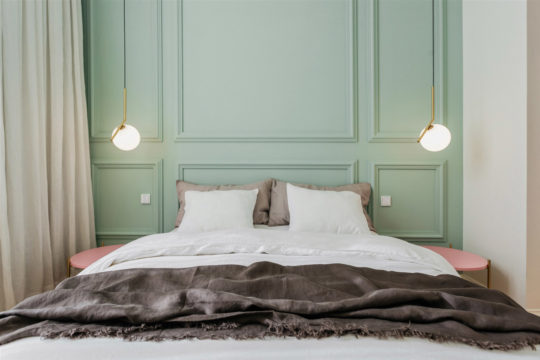 The apartment is located on the third floor of a listed building in the center of Thessaloniki. The building’s facades and interior common spaces had ... 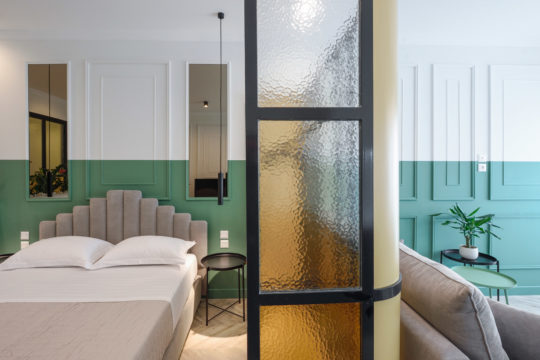 This project is about the conversion of an ex-artisanal space into a small short-renting apartment.  The building is located close to Monastiraki Square, which can ...