The small hotel is located in the northwest part of the traditional village of Oia in Santorini, just below the borders of its old medieval castle, overlooking the sea, the island of Thirasia and the famous sunset of Santorini. The access to the building is via a main stepped path that connects the old Castle with Ammoudi, its old harbor.

The building was an old residence built around the late 19th century. On the ground floor there was an old wood-burning oven, a stable, small warehouses and a rainwater tank, while the main rooms of the residence were on the upper floor. In the beginning of the study, the building was in a semi-ruined state with problems in its structural integrity and damages in its shell.

After a detailed study of the old building and its morphological-decorative elements, the architectural intervention aimed at the absolute preservation of its original form and interior space, without any alteration to its identity and its integration in the volcanic landscape and the old settlement. Small variations in the exteriors of the building, such as the construction of small ‘’water surfaces’’, the subtle modification of the two main staircases, the addition of built-up seats and the division of some interiors, were made in terms of the necessary hotel use needs.

With the use of the local volcanic stone on the retaining walls, the light brown-gray plaster on the facades and floors and the deep gray in the wooden frames, the building gently blends in with the materials, colors and textures found in its surrounding space, almost disappearing into it. Olives, a palm tree at the entrance of the complex, lavenders and thymes, resistant plants to the strong north winds, complement the integration of the synthesis into its environment.

The hotel complex consists of three hotel rooms on the ground floor and two ones on the first floor, each one with its independent entrance/yard and its open sitting/bedroom/dressing space and bathroom. On the top of the building a common lounge area for the hotel guests takes place. The white plasticity of the former ground floor cave houses has been preserved and supplemented by new hand-made built furniture. On the contrary, the sharp lines of the interior space of the old residence on the upper floor have been brought out and the addition of hand- made wooden deep-colored furniture and the use of wide coal-grey wooden boards as a floor are selected in terms of a plain neoclassical style quest.

The construction of the retaining walls for the formation of the outdoor spaces has been made by the use of reinforced concrete and local stone. The use of gunite on the internal and external surfaces of the building was necessary for its structural reinforcement and waterproofing. Stones and heat-insulating bricks are used to fill the walls, while colored plaster for the facades. Traditional cement plaster is used for the surfaces of the bathrooms and the attic. 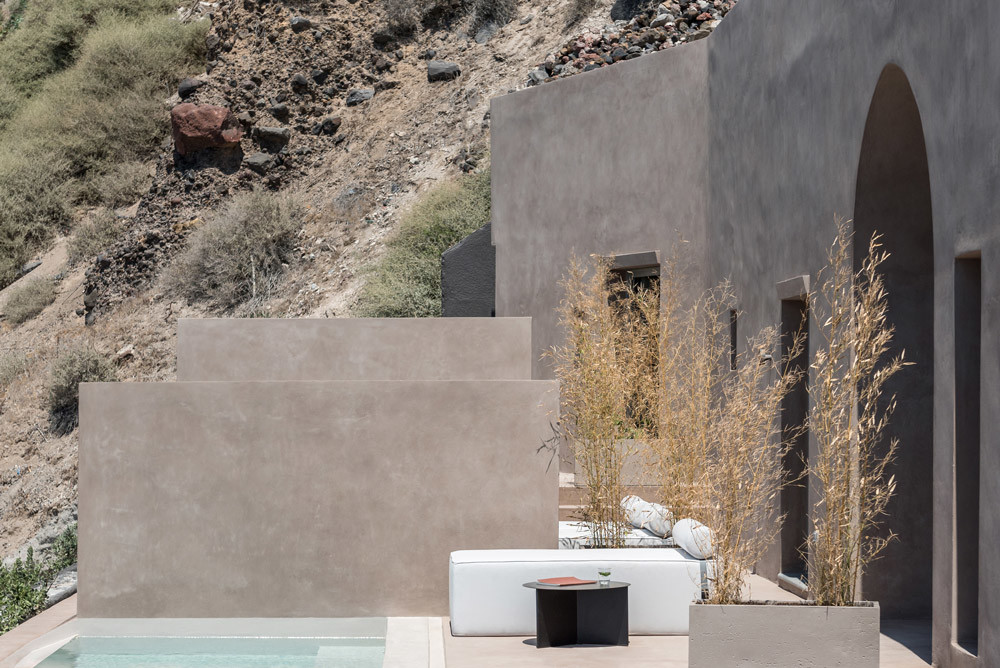 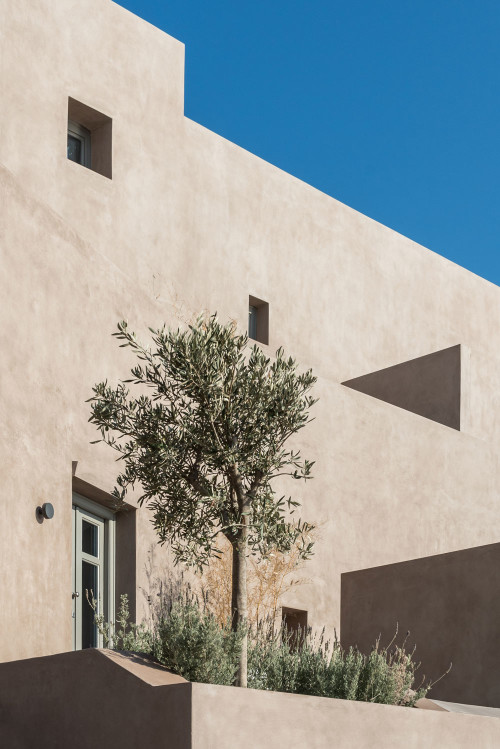 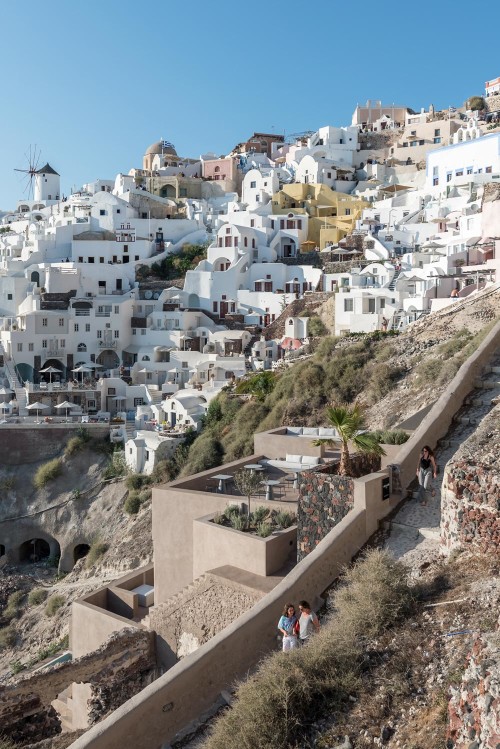 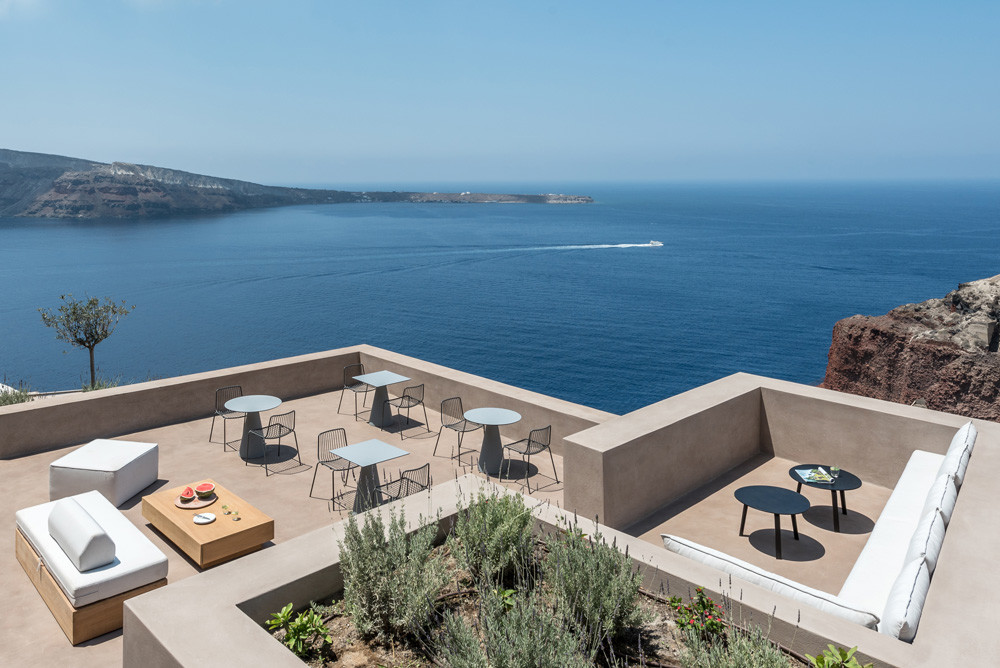 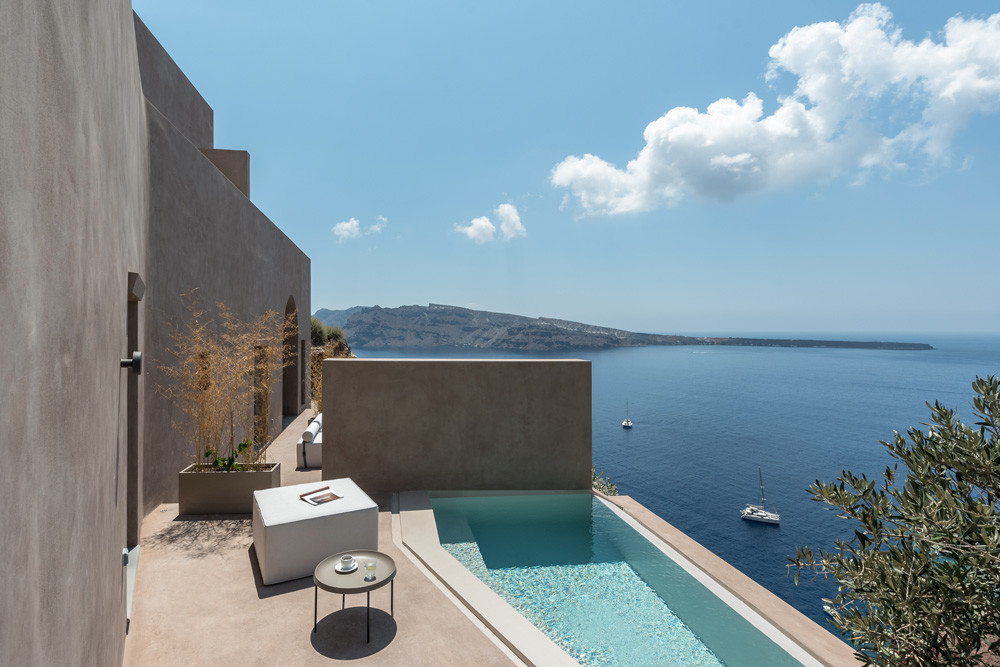 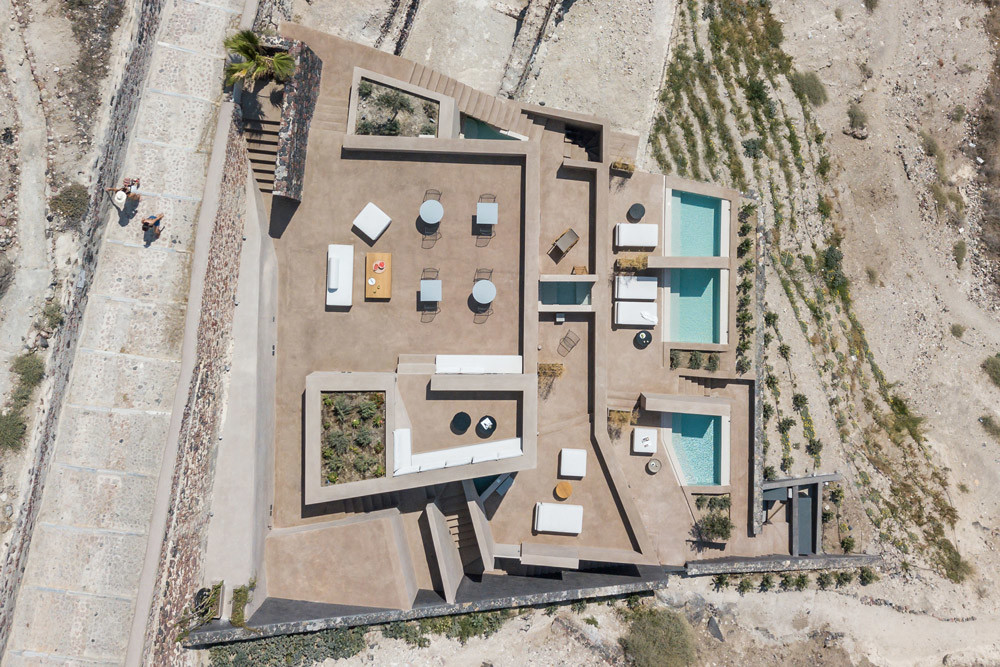 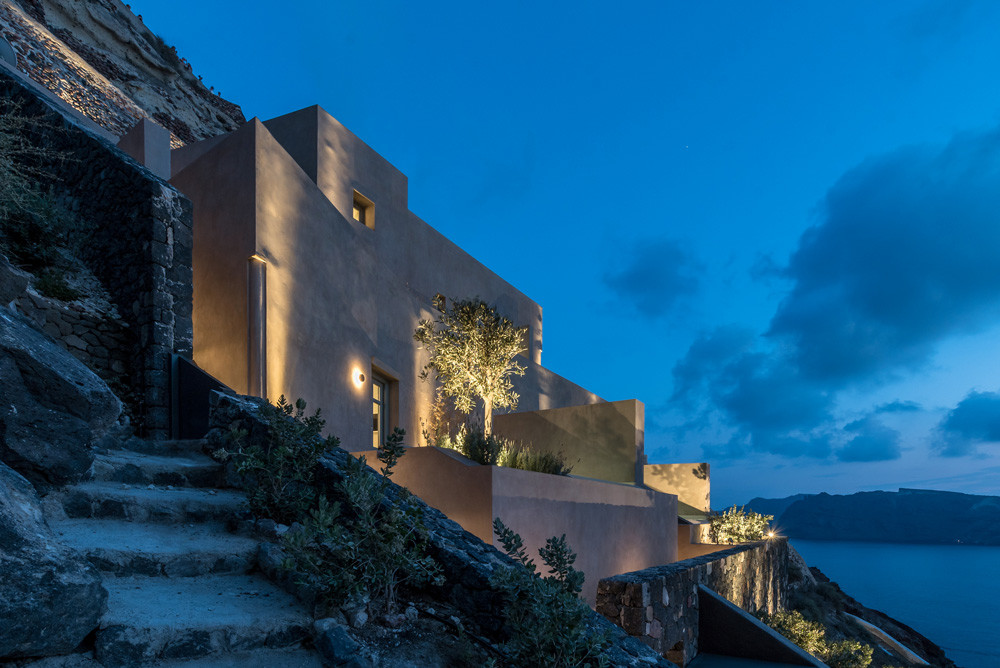 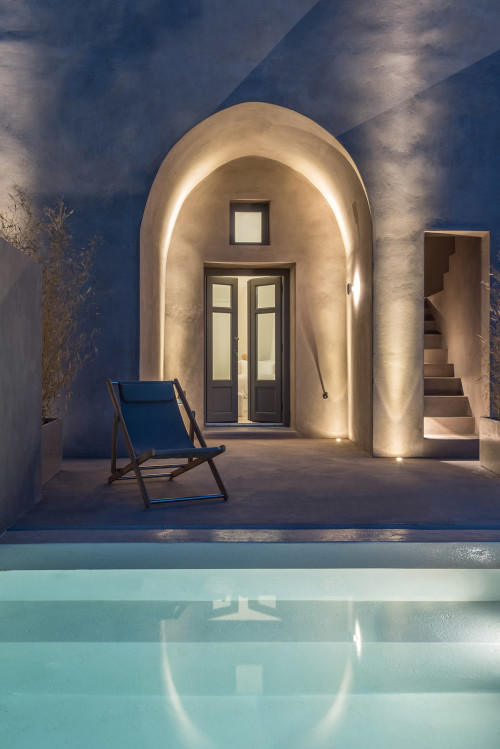 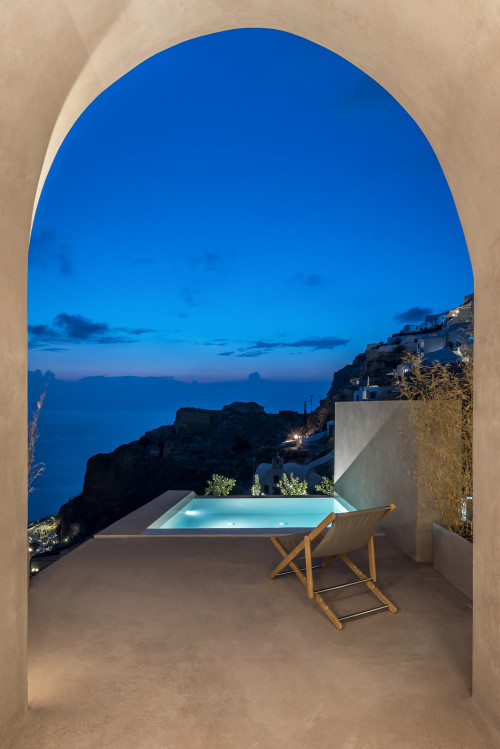 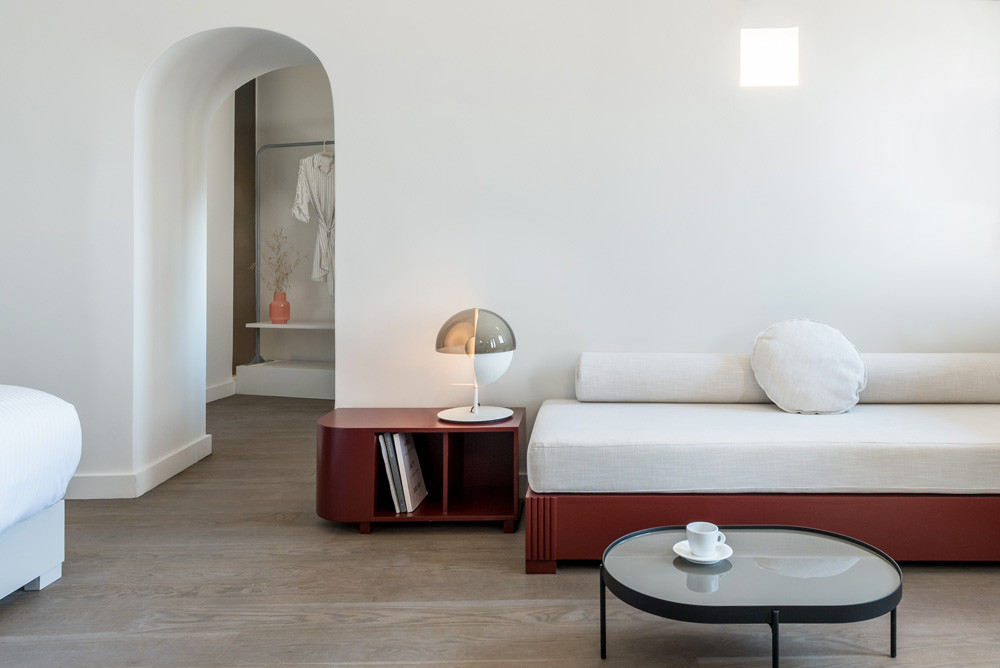 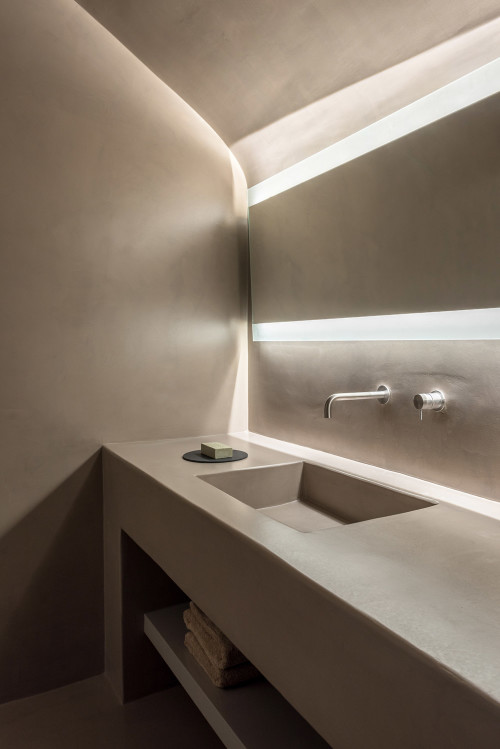 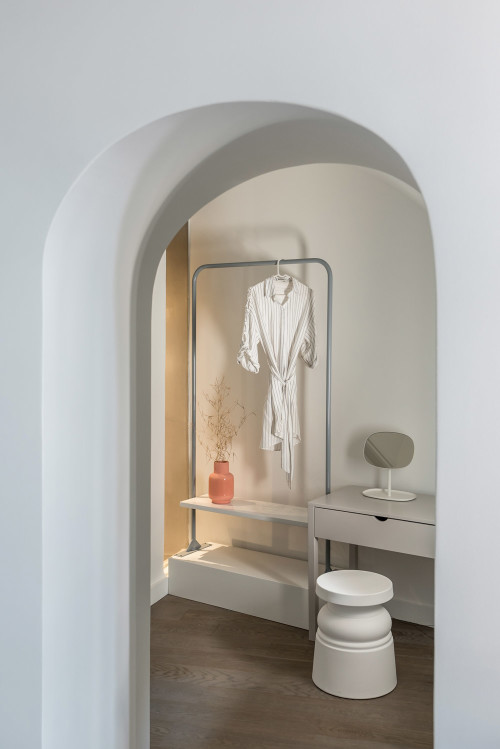 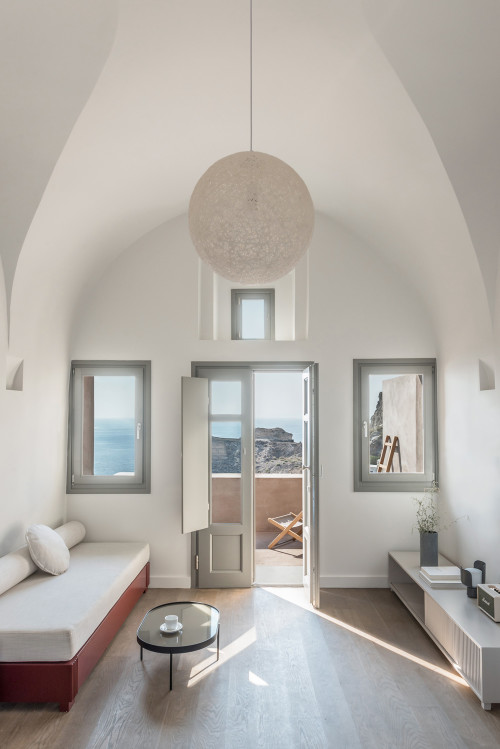 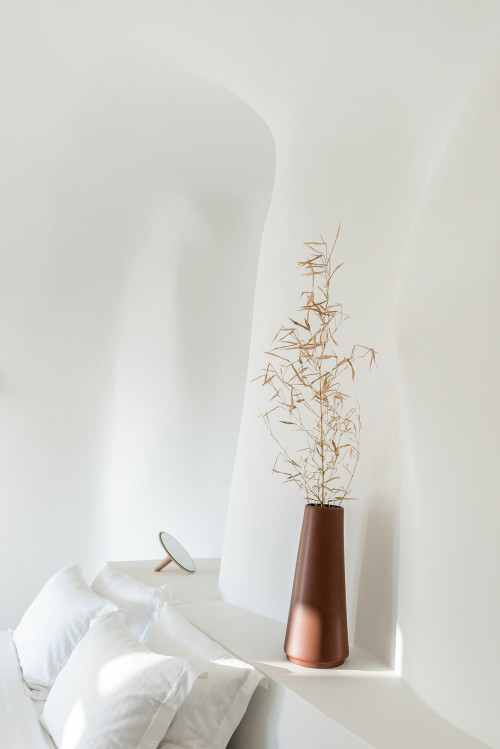 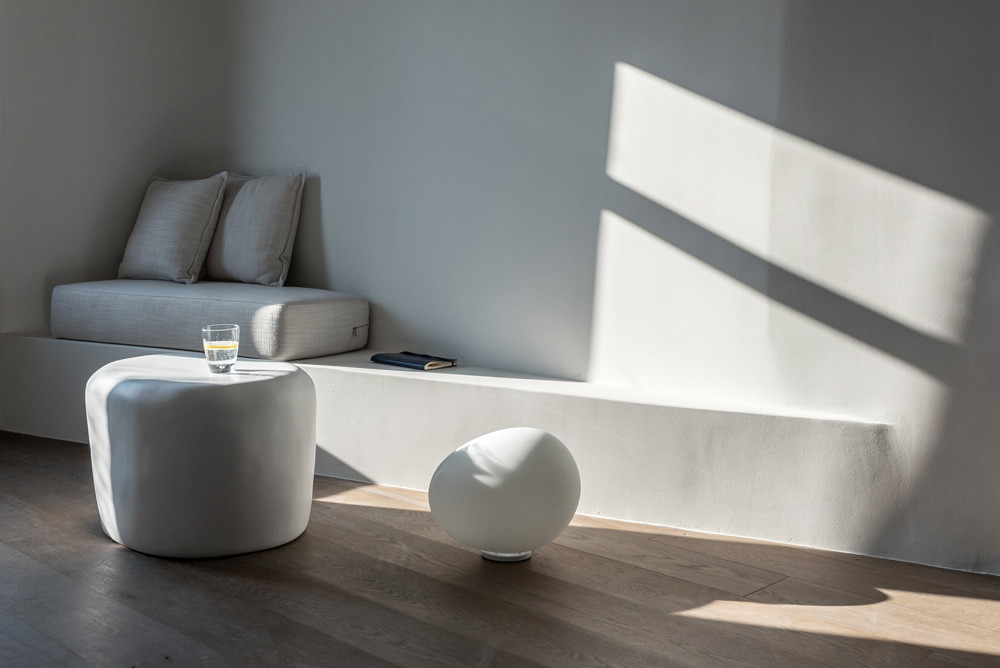 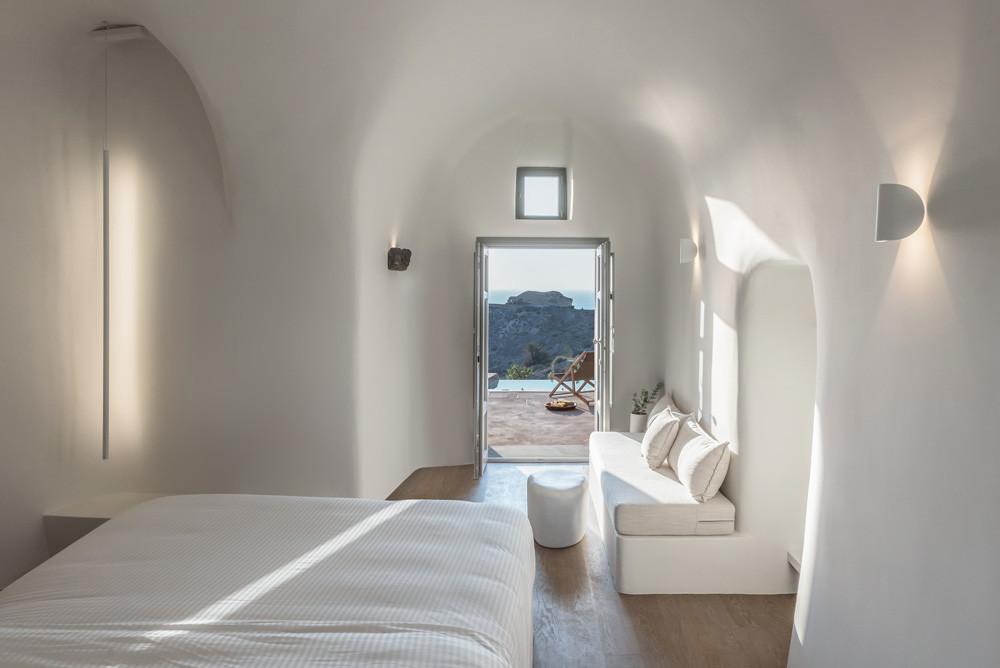 Naiades Boutique Hotel in Ioannina by Amalgama Architects November 23, 2021 Amalgama-Architects design the interiors of an 8 bedroom boutique hotel located in the centre of the historical castle of Ioannina in Greece. The design approach focuses on the transition between…

Arch House in the old town of Rethymno, Crete by… November 22, 2021 This is a renovation project of a stone-built residence, originally constructed in the late 19th century, in the heart of the Old Town of Rethymno. The house consists of two…