Riding House Street hosts an extraordinary breadth of architectural styles. From John Nash’s All Souls church at its most easterly point, the street skips haphazardly from 19th Century terraces to post war commercial buildings; concrete slab structures and 20th Century apartment blocks. The street’s piecemeal aesthetic is unified by the use of brickwork which serves as the façade material of choice, at times so abundant that it forms the road surface.

The Interlock absorbs this history and responds by taking the proportions of the neighbouring 19th Century terrace, and recasting its brick façade to create a building of uncertain heritage – one that is simultaneously historic and contemporary, familiar yet foreign.

Abandoning the traditional dimensions of London brick, a collection of 44 misshapen and seemingly unstackable clay blocks were developed.

Co-founder and Director of Bureau de Change Katerina Dionysopoulou said: “We were interested in taking these very traditional proportions and in some way subverting it – like a puzzle box that seems familiar and reveals a hidden complexity that increases the more you interact with it.”

The patterns visible across the surface are informed, in part, by the interactions between materials and structure. The bricks appear to lap up against glazing, swell and bow between floors and are inset frame-like to denote the building’s perimeter. For passers-by, the bricks appear to morph and twist like cogs. By modelling the facade in 3D, each facet could be individually adjusted to meet structural and fabrication requirements without diluting the integrity of the surface form.

Staffordshire Blue Clay was selected as a contrast to the areas existing brickwork. The marl clay was set into 14 hand-crafted steel molds and fired in oxidation to create the matt blue finish. After firing, these 14 ‘parent’ bricks were divided to form the 30 ‘offspring’. Construction of the 5,000 block landscape took place over three months. The fabrication team used 1:1 printed templates that set out the number, typology and location of each brick. When collated on site, these 188 templates appeared like a construction manuscript, with each brick a different note to lay.

Co-founder and Director of Bureau de Change Billy Mavropoulos explained: “We worked iteratively with the team at Forterra – adapting and reviewing the bricks in 3D. We were walking the line of what would be technically possible, but through this process, found a point that was both buildable and produced the richness and movement we were trying to achieve.”

Behind the façade, sit three new residential units and a café at street level with gallery beneath. The regularity of the façade’s proportion and fenestration belies the complexity of the building’s volume and massing.

At the rear, the building is set out as a series of stacked boxes of varying form and size. Each floor is shallower than the last with the deepest floorplan at the bottom and the smallest at the top. Within this stepped form sits a series of deep light wells and skylights that track daylight in to the centre and edges of the building, creating internal patios on the lowest floors and light wells on others. Facing the street, the rooms overlook the busy street and on higher floors, the rooftops and domes of nearby buildings. At the rear the light is more diffused creating calm in the private spaces.

Inside, the units are finished in a simple elemental palette – terrazzo bathrooms, natural stone worktops, sprayed-timber kitchens and oak floors.

The light-filled café at the base of the building offers a counterpoint to the weight and inkiness of the façade. With every surface washed in white, the heavy-set mullions are halved and extruded from their frames to form ribbons that curve and fold over the ceiling in a style reminiscent of ornamental plasterwork. The mono- chromatic palette is broken only by cuts of oak that line the floor and counter tops. The floor below the café is a purpose-built gallery space hosting exhibitions, workshops and talks.

The project represents a shared vision between developer and architect to taking London’s architecture and re-approaching it in a way that brings something new to the streetscape. 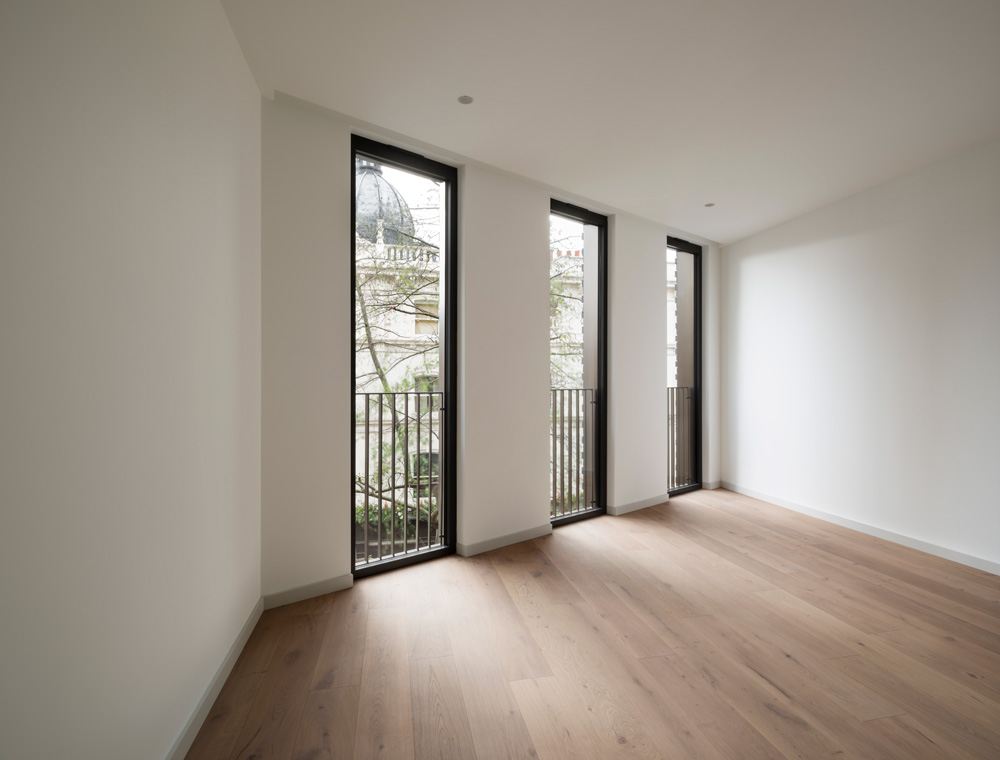 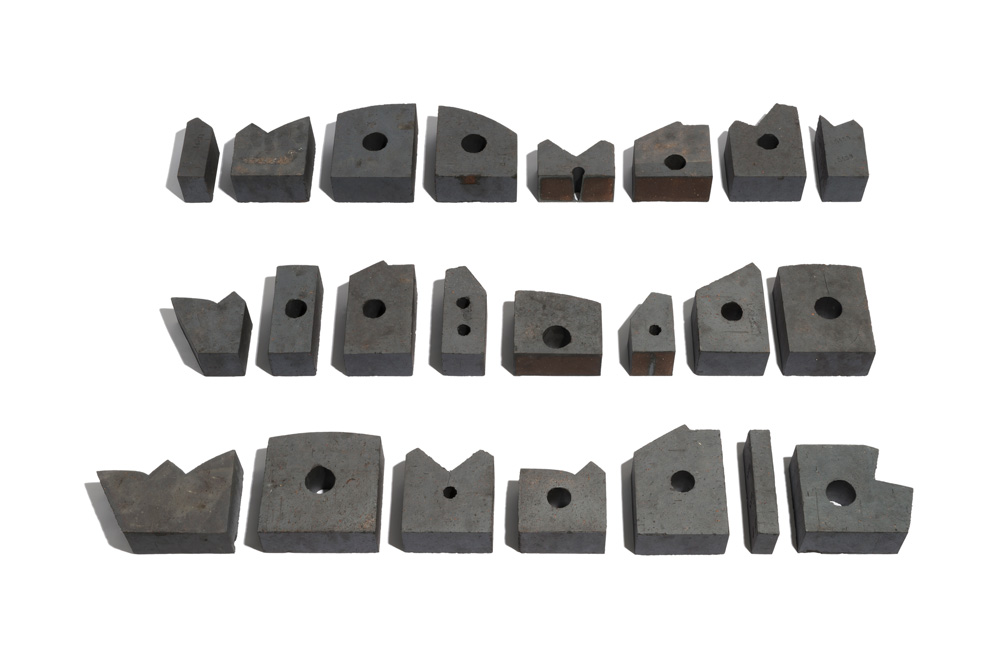 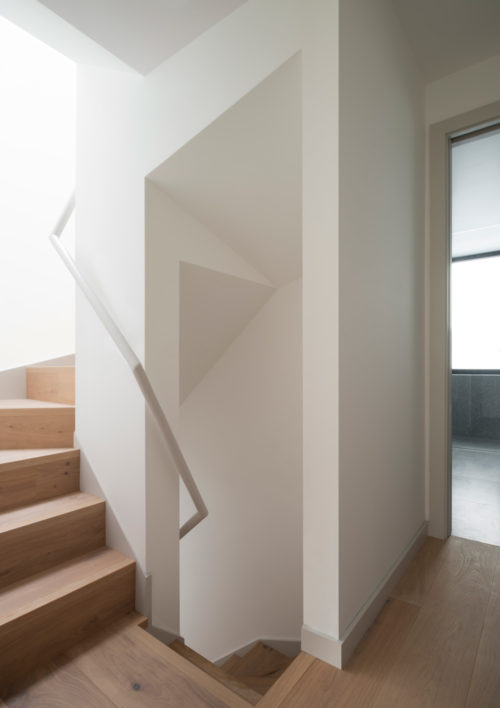 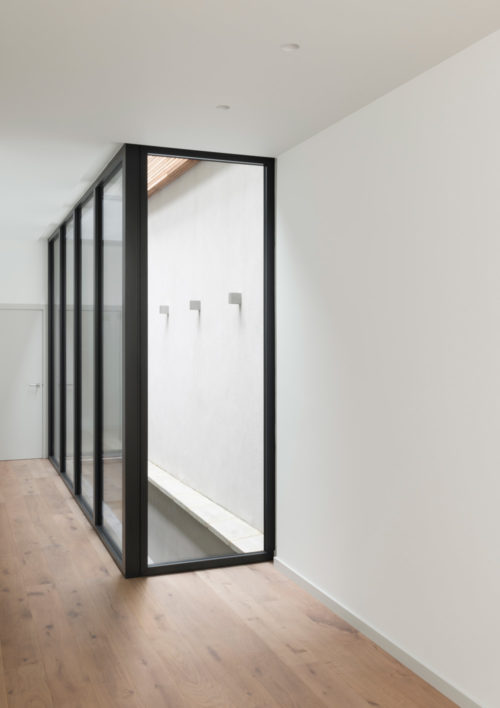 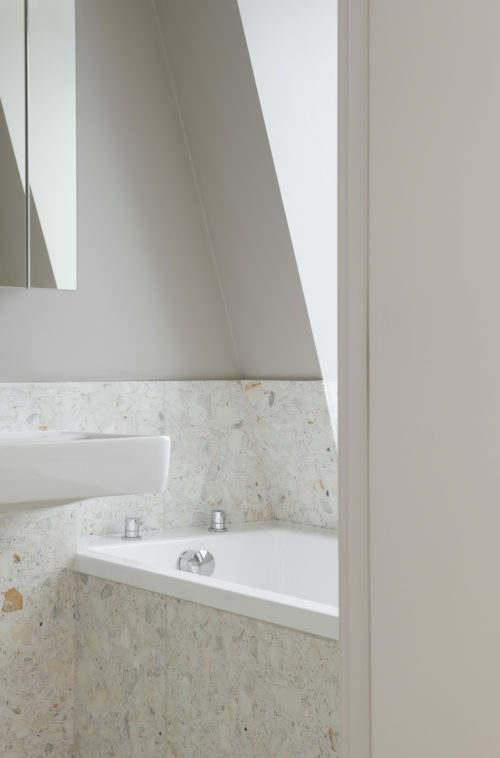 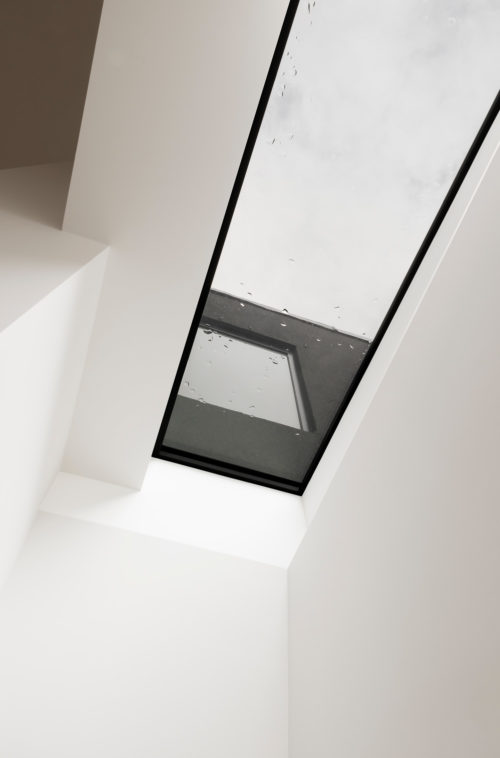 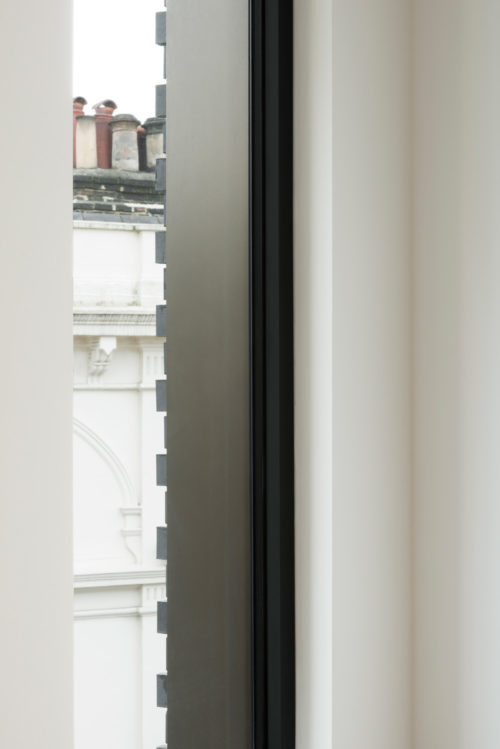 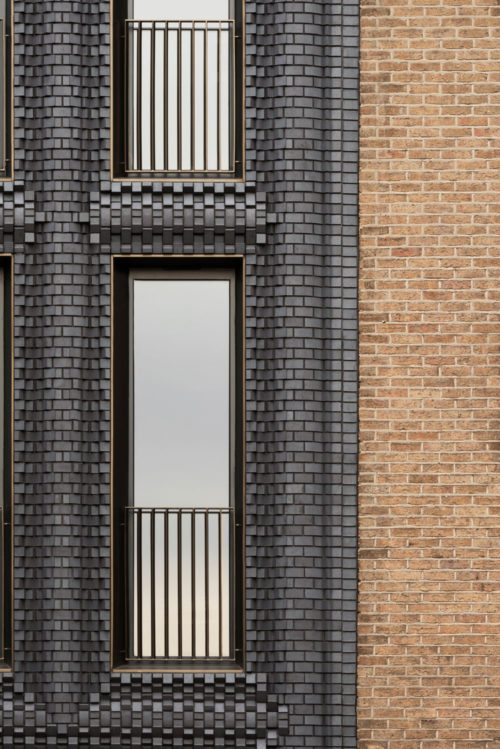 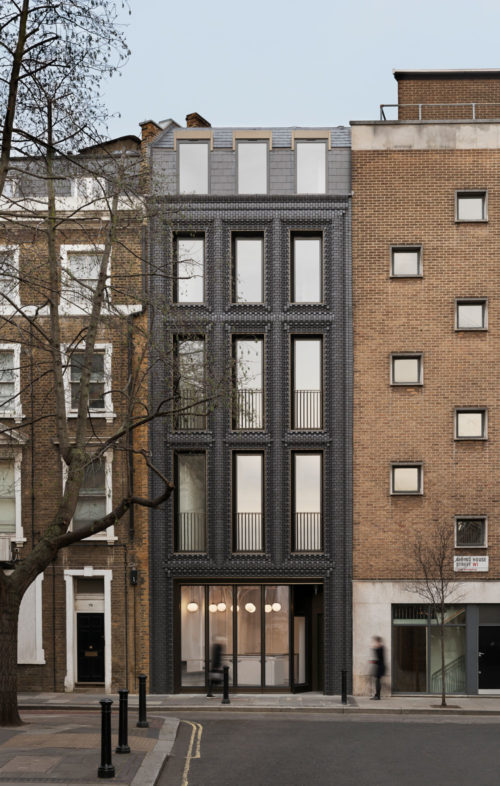 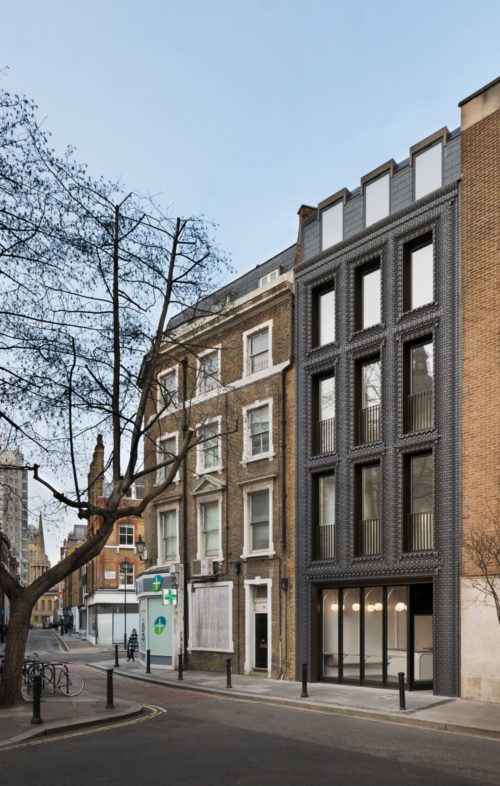 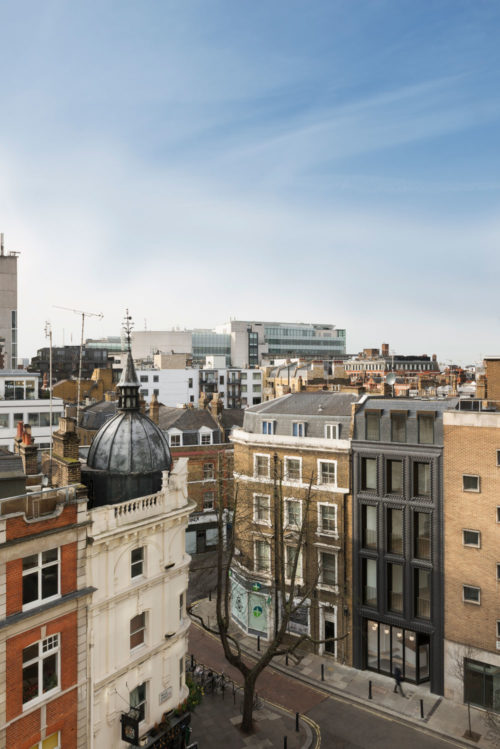 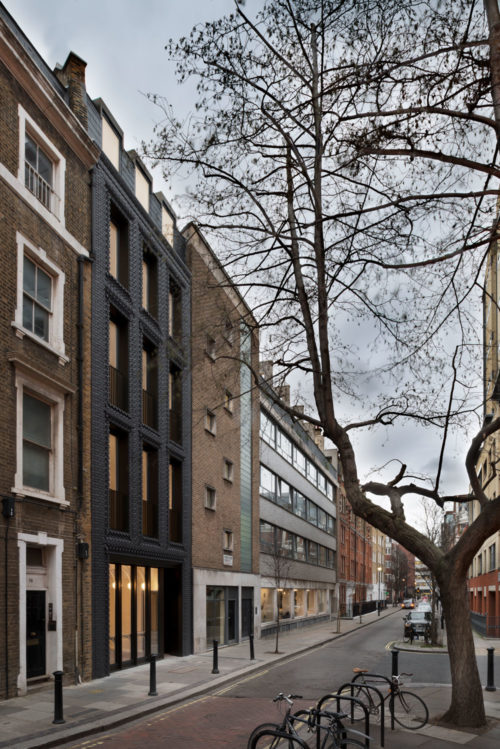 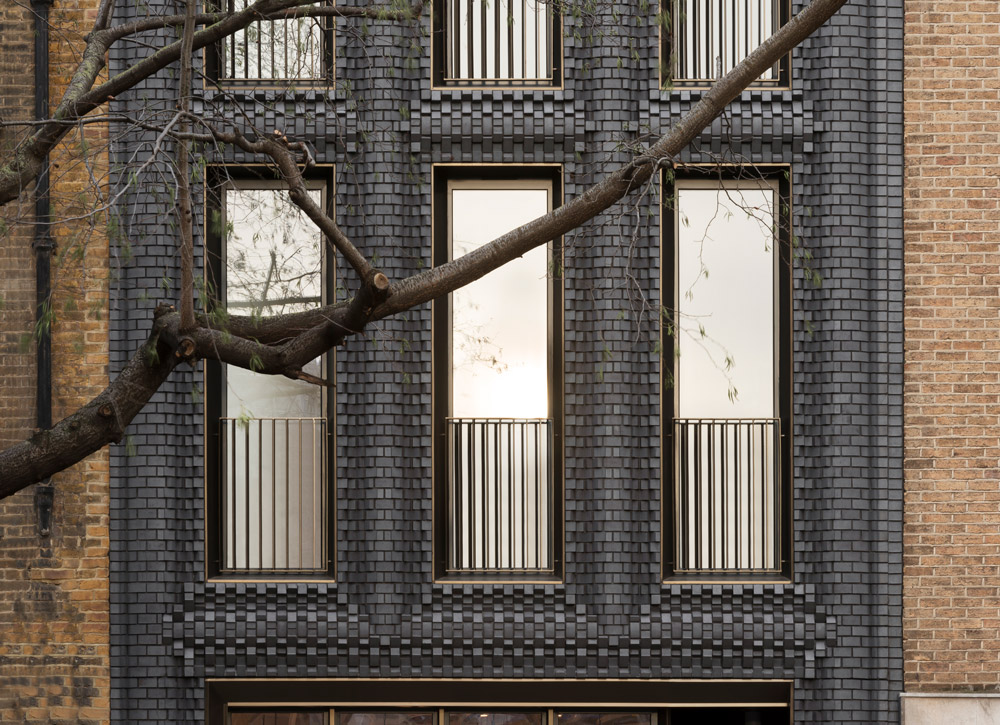 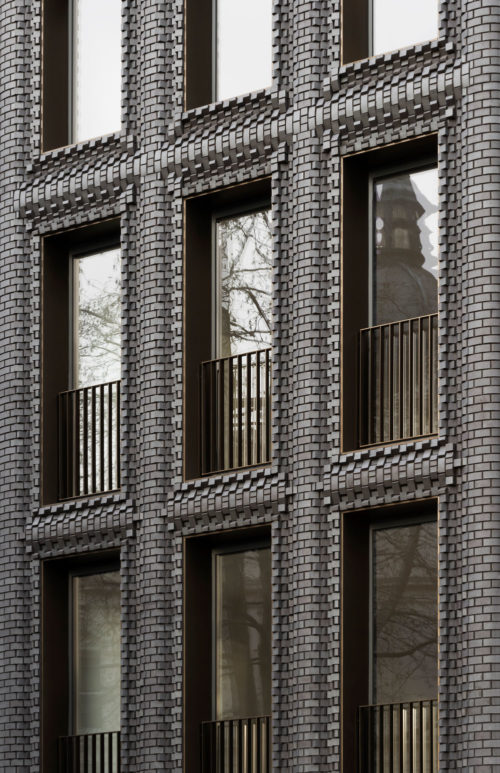 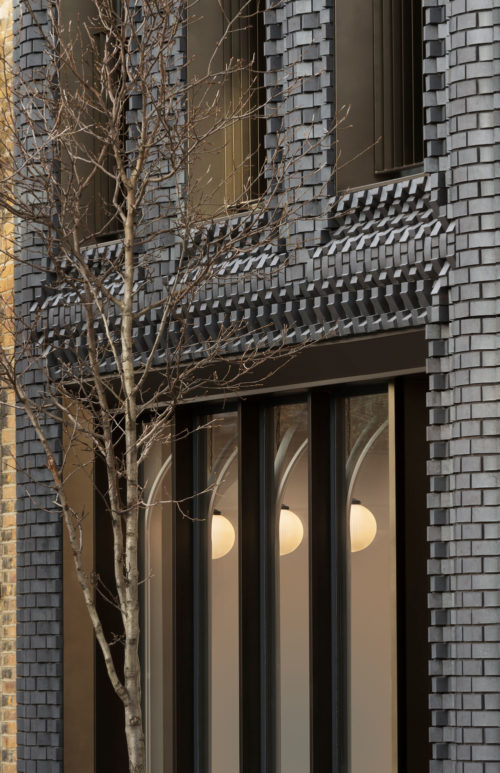 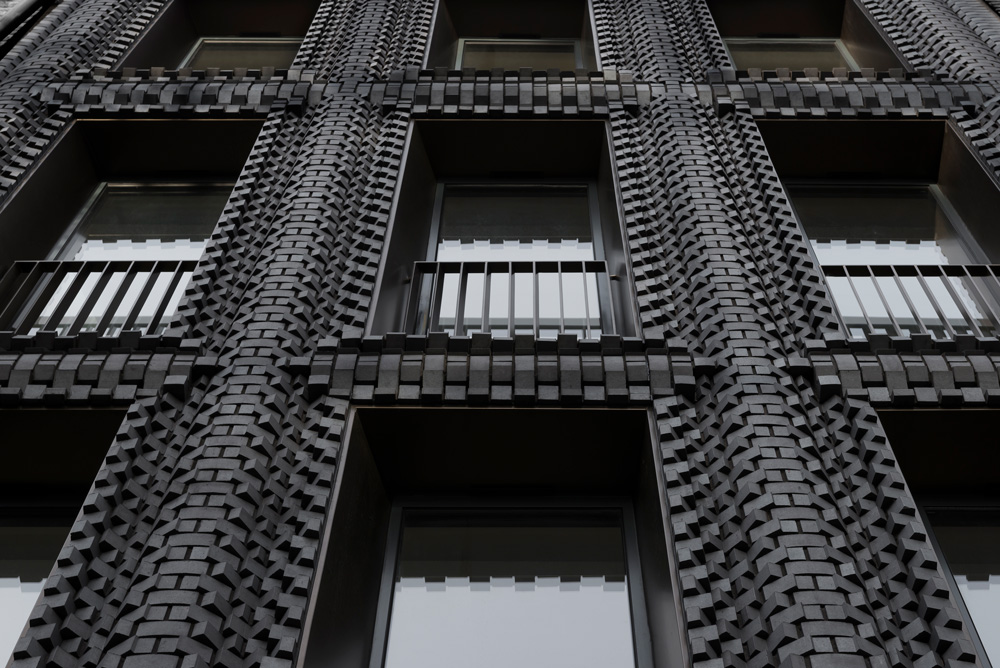 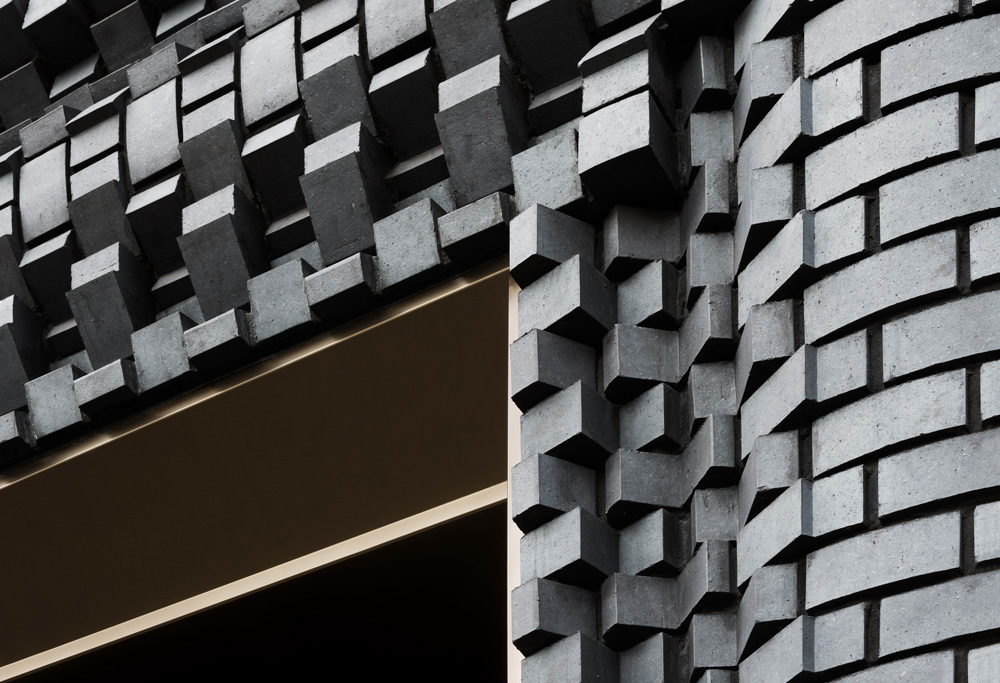 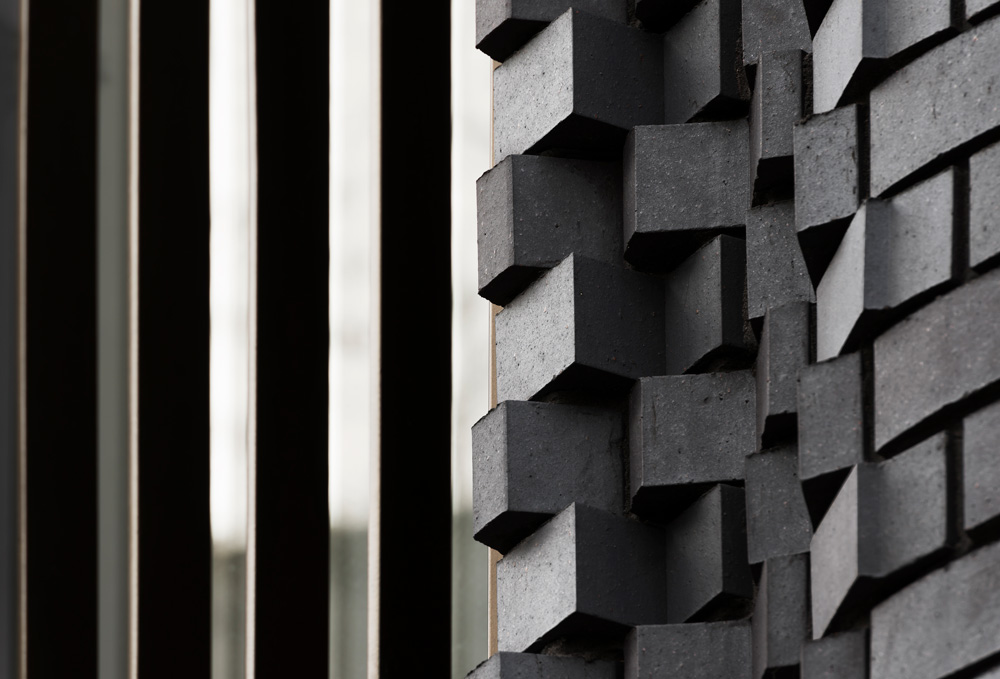 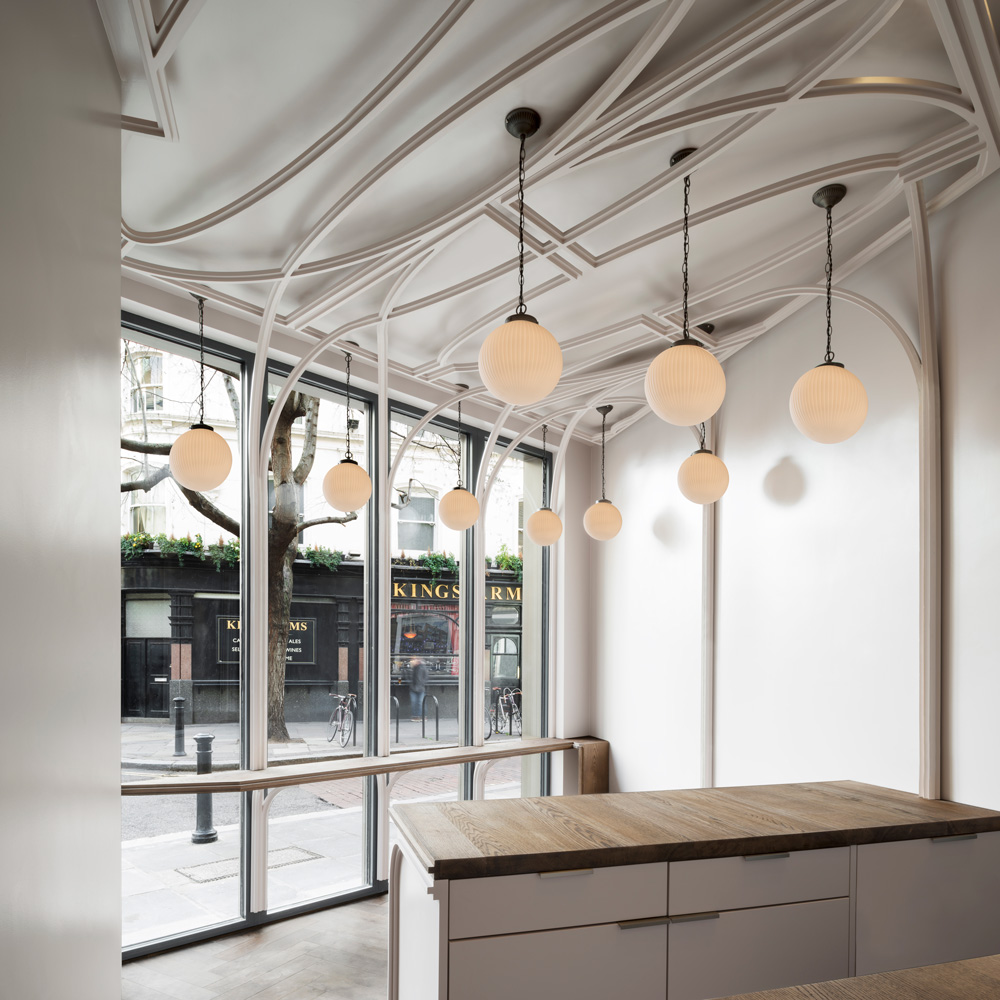 The Gaslight in London's Fitzrovia area by Bureau de Change September 22, 2020 The Gaslight in Fitzrovia is a new mixed-use commercial development that has been created within the shell of a handsome Art Deco building. It weaves true craftsmanship, a mastery of…

"The Gaze" house in Paros island by React Architects… June 14, 2020 The plot is located in Laggeri, Paros island. It has a north-facing sea view. The house is located along the south side of the plot, overlooking the beach. The volumes…

The study concerns the creation of a residence in Kea, designed in such a way that it becomes part of the landscape and, at the ... 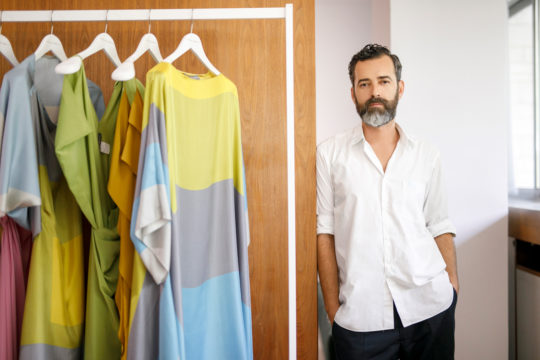 Born in Athens in 1978, Angelos Bratis grew up in his seamstress mother’s atelier before enrolling at the Veloudakis Fashion School in Athens. He gained ...