“Vanity: Stories of Jewellery from the Cyclades to Pompeii” is an exhibition of artifacts from Ancient Greece and the Roman empire that took place in the Archaeological park of Pompei. It is a thematic approach of the work of master jewelers originating from Delos and other islands of the Cyclades and their counterparts in Pompeii and other vezuvic states.

The initiative for the exhibition was born from the collaboration between the Archaeological Park of Pompeii and the Ephorate of antiquities of the Cyclades aiming to enmesh programs of study, research and exhibition opportunities.

Jewelry found in the Cycladic and Pompeian areas are co exhibited in an elegant interplay of styles, techniques and culture with the common underlying concept of vanity and one of its major manifestations, the ostentation of wealth. The exhibition takes us to a journey through the golden ages of both civilizations bringing as close to the unique objects produced during these periods. Kois Associated Architects designed the experience within the west portico of the Great Palaestra as a journey through time and space. The exhibition’s narrative principles are geographical (the Cyclades and Campania, with Pompeii as the epicenter) and chronological (from the 8th century to the eruption of Vesuvius in 79 AD).

The concept of the exhibition is deeply influenced by the distinctive history of the area. The mount Vezuvious with its eruption in AD 79 that led to the burying and destruction of the Roman city of Pompeii and several other Vezuvic states. We envisaged this event as a passing from light to darkness. A violent transgression from a golden age to Lethe in an instant. It was death without decay and decline. A moment was petrified and preserved for eternity by the deposition of volcanic lava and ash. These thoughts and images became the starting point of our search.

We saw Petrified lava and deposited ash as a skin a new epidermis that cannot be jaded by the passing of time. Both a cocoon and a time rift at once. Layer upon layer lava overtook whole blocks of the city covered everything in its path homes, belongings, loved ones. The image of a home completely enveloped by the thick black skin of lava and ash became the vessel for the museological narrative. A house the archetypical unit of a city now abandoned holds within what once was cherished. The thick rough finish contrasts the detail of the contained archaeological findings accentuating their refinement. Penetrating this skin of time we get a fleeting glimpse of the luminous and pampered lifestyle of these ancient pioneers of elegance. A threshold that caries us from darkness to light reversing time and bringing us from the moment of destruction back to the golden age.

In the interior of each unit, within each piece of ‘coal’ the visitor is met with faces and images that were found in the ancient murals of Pompey and display cases carrying the artifacts of luxury. The murals were reimagined and presented in a contemporary graphic manner. The depicted figures, sometimes more and sometimes less perceptible depending on the distance from which one observes them lead the visitor through a chronological exploration of the testimonies on a subject that is universal but also old; that of vanity.

The display cases are made of flame blackened metal is hidden and protected from its monolithic envelopment. These archetypical homes, these frozen embers are arrayed alongside the peristyle of the Palaestra juxtaposing the rhythm of the columns.

The epicenter of the exhibition, the platform that is situated in the middle, an abstract silhouette reminiscent of the volcanic opening is transformed into a resting place where the ground comes to life. Natural and artificial light meet in a play that takes the visitors through an experience that aims to match the beauty of the archaeological space with the uniqueness of and intricacy of the valuable findings

The exhibition envisaged as a passage from darkness to light and its composition is based on this contrast. The black dwelling-like structures enveloping the display cases like pieces of coal holding precious stones evoke the tragedy of the eruption. The Pompeian faces and figures come to life again illuminated by the brilliance of the exhibits and transform the physical and mental image of the portico in a sublime setting frozen in time. 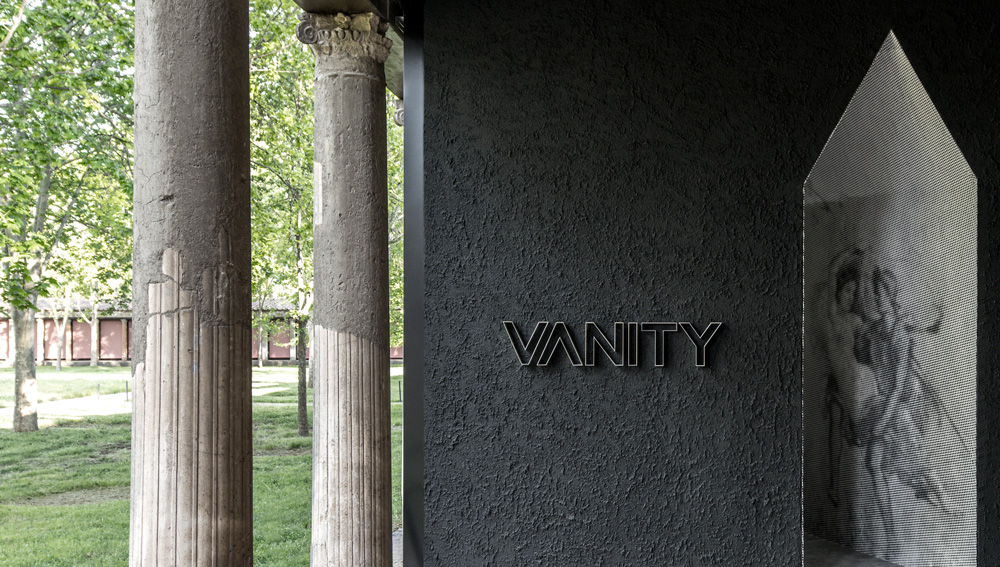 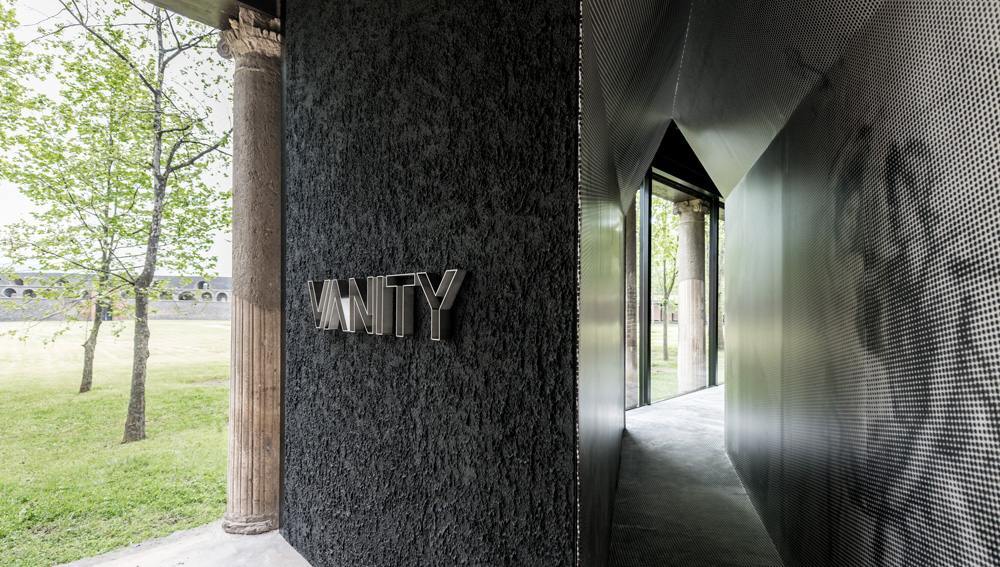 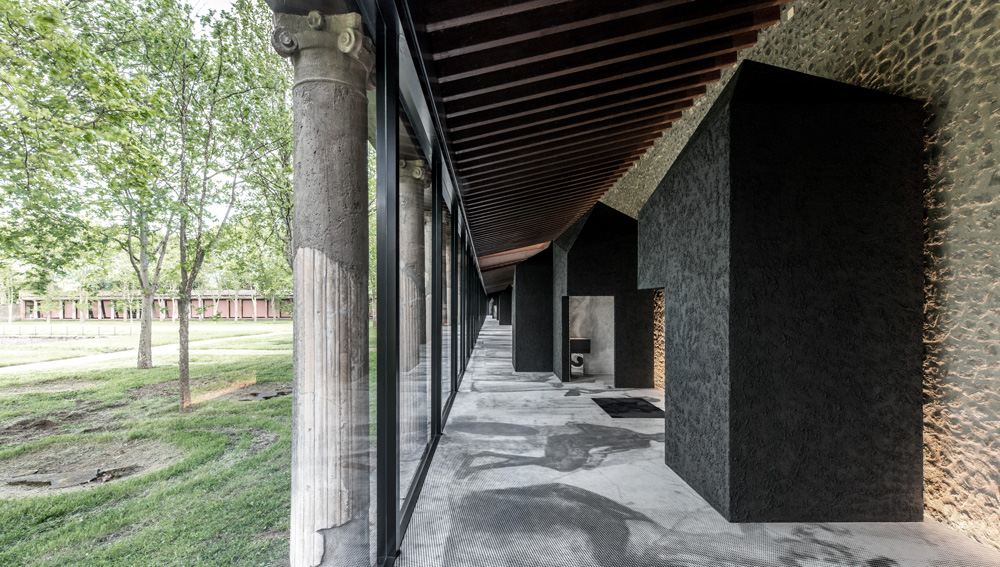 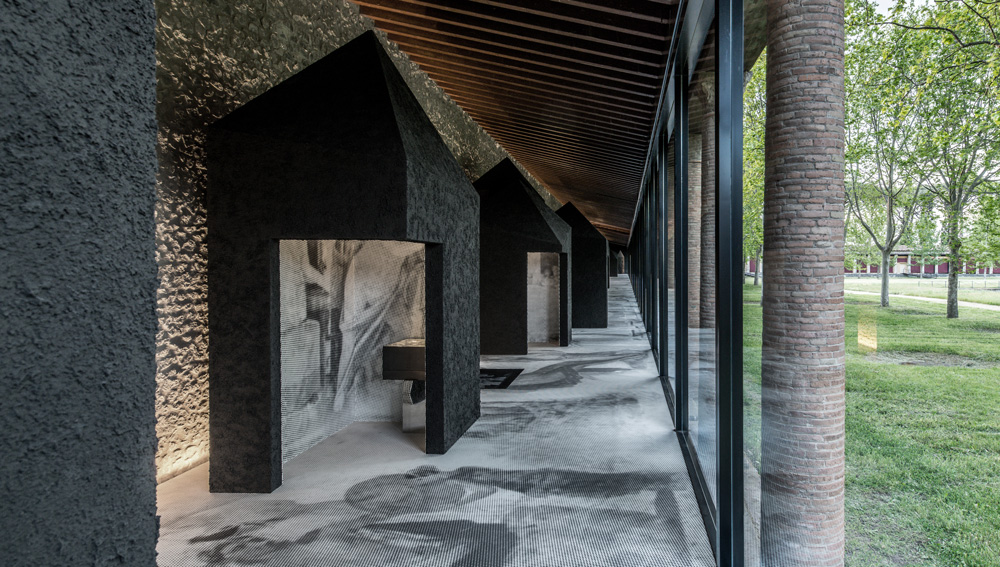 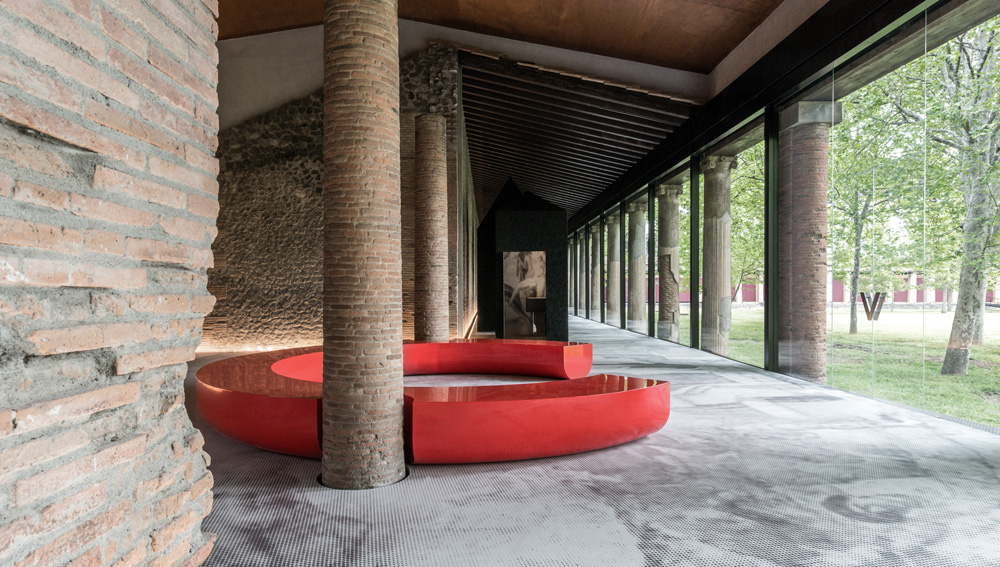 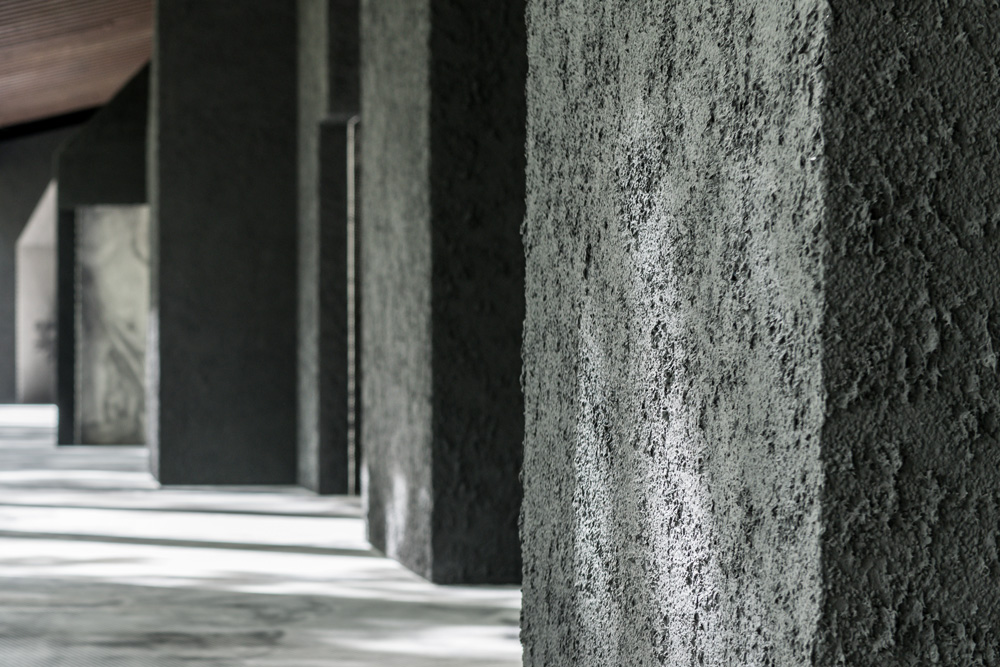 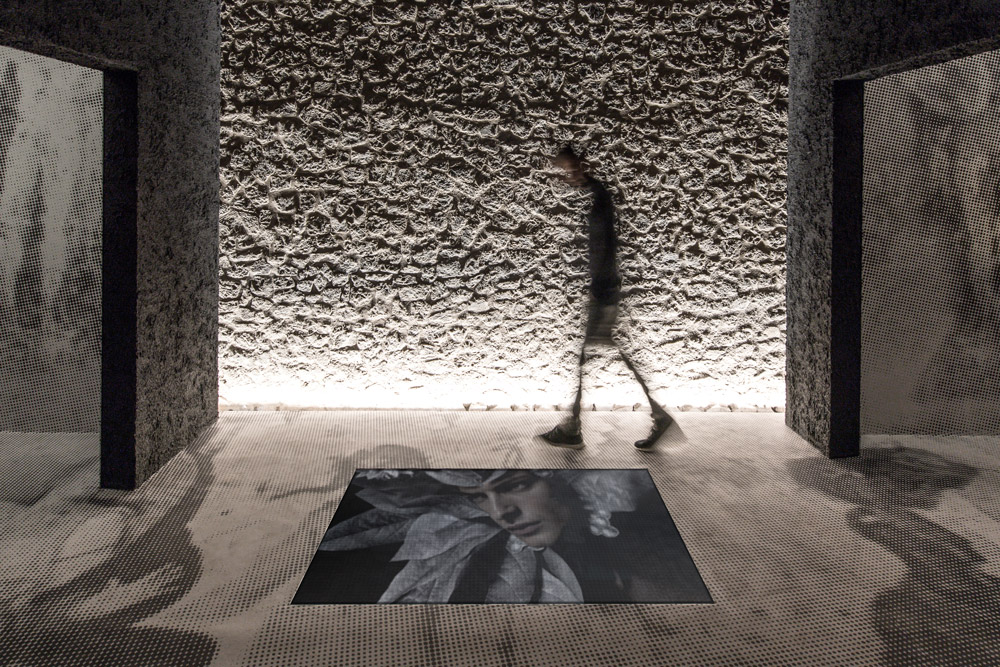 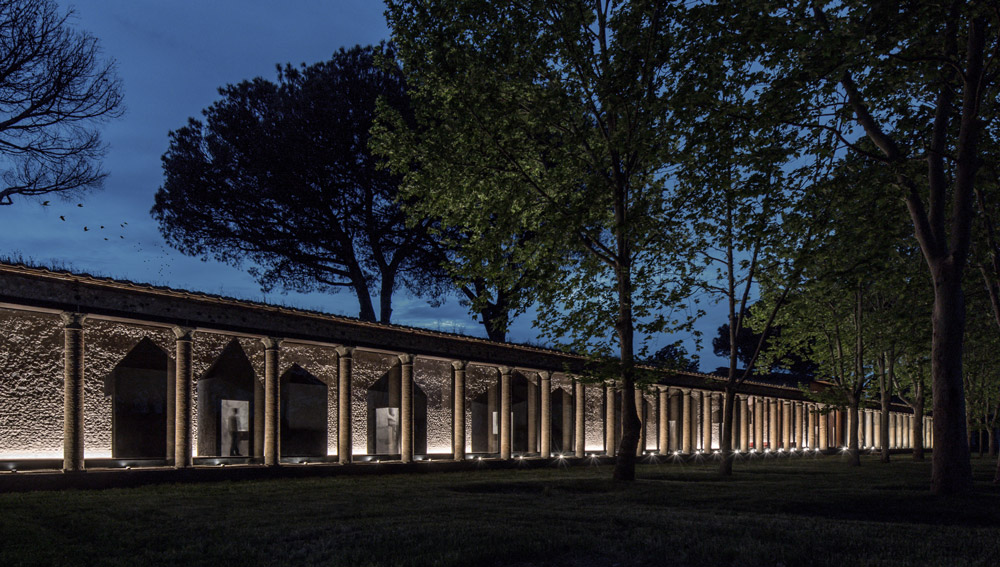 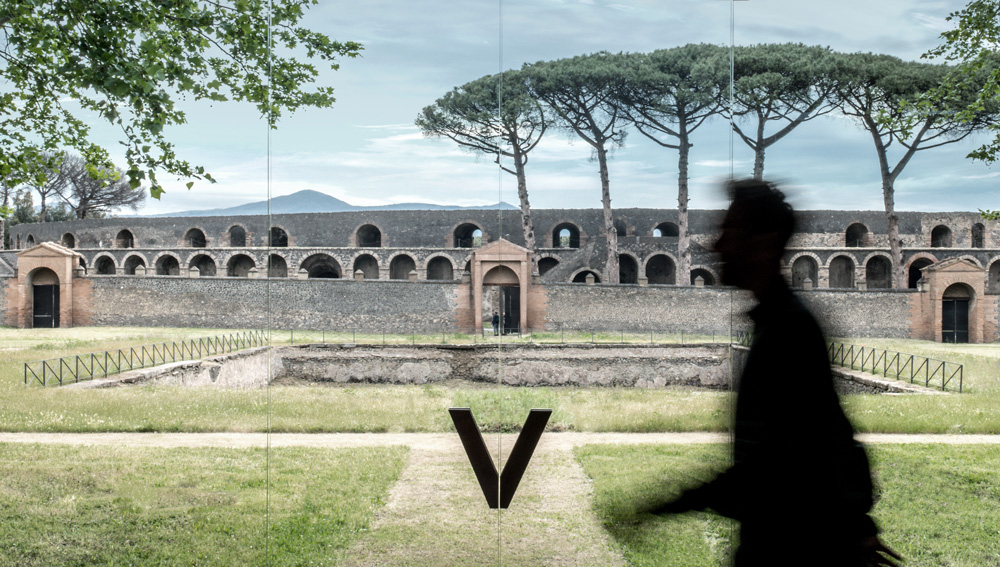 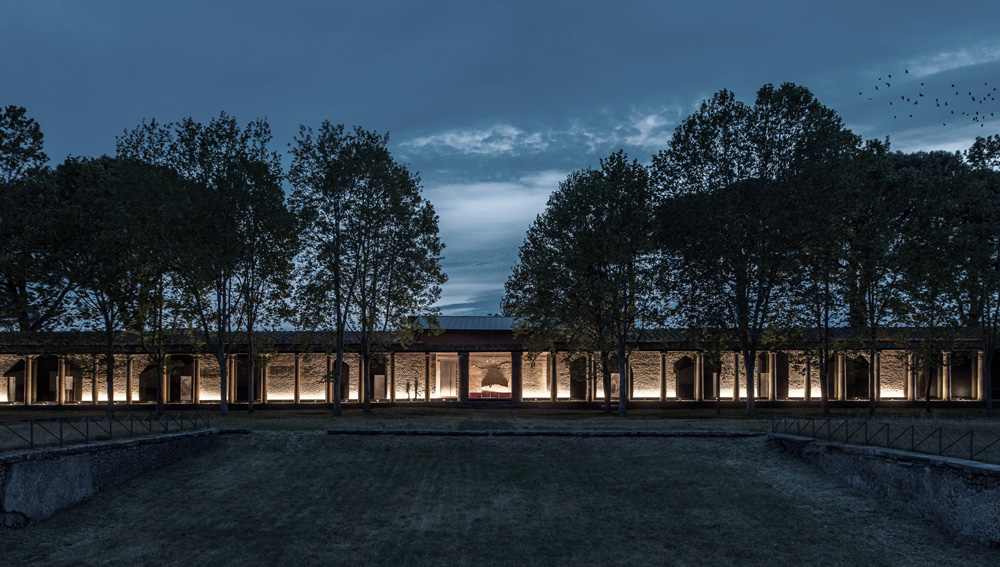 “Shales” collection by °'HRIAM sculptural jewellery September 20, 2021 “Shales”, is a hybrid capsule collection, inspired by the summertime spent in the Cyclades. Created while having the history, the geomorphology, and the culture of the islands in mind, all…