Architects Margarita Danou and Sevina Floridou designed a coastal promenade in Larnaca, Cyprus, that provides leisure activities to the public, acting at the same time as a threshold between private development and the public beach. The site lies between an existing resort development and the natural coastal edge, bordering a number of hotels, private and state properties that have over time encroached aggressively and inappropriately. The proposed promenade is conceived as a series of platforms and canopies unified by a meandering path which loosely follows the coastline, widening and narrowing in order to create a series of related but particular places. Affinities between the forms of the walkway and its materials aim at creating associations between these new elements, which intersect with the dominant linearity and are experienced along visual sight-lines.

Along the promenade, an open resting space surrounded on the one side by the beach and the sea and by an artificial ‘lake’ on the other, evokes the presence of a once coastal lake. Changing rooms and washroom facilities are contained in a narrow framed concrete building, faced on the side elevations with timber screens. A kiosk is housed in a wooden shell, the first item of furniture to occupy the space. When in use, the walls of the shell open up revealing the interior.

A primary concern was for the grounding of the construction on the unstable nature of the coastal edge. Wood, stone and monolithic pebbled concrete are set lightly on the beach, upon a concealed structural system of piling. Designed to allow for the natural movement of the sea and sand, the walkway may appear to either float or sink into the rising and receding ‘unstable’ landscape, according to the weather and the ever-changing coast. Evening lighting offers a separate layer of rhythmic change accentuating materials and forms. Strip-lighting of the promenade’s surfaces intersects with the direction of pedestrian movement while overhead lighting glows alongside the evening ambience of waves, stars and distant city lights. 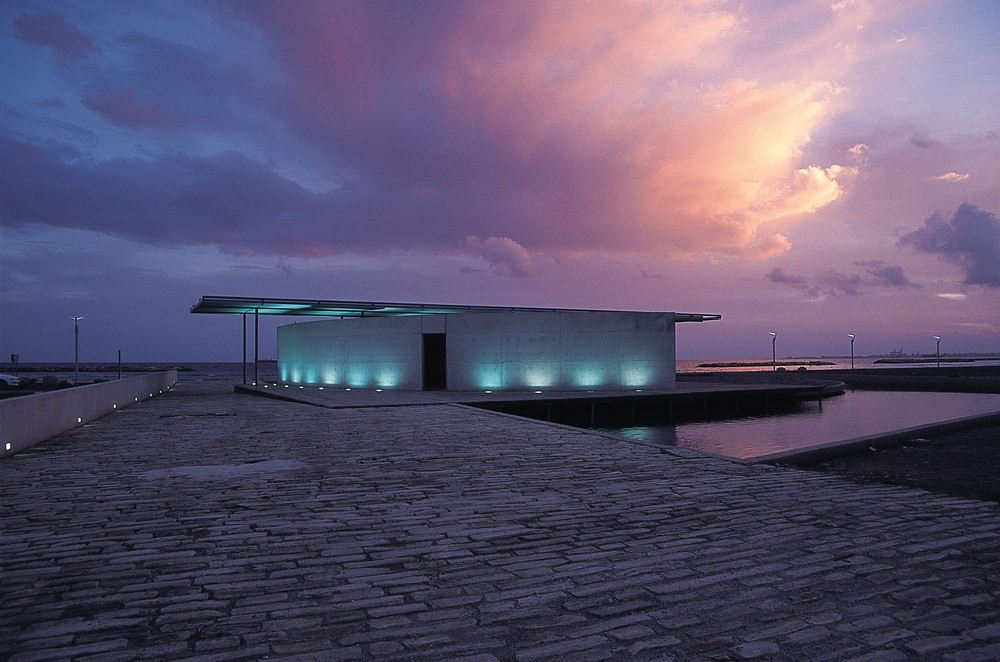 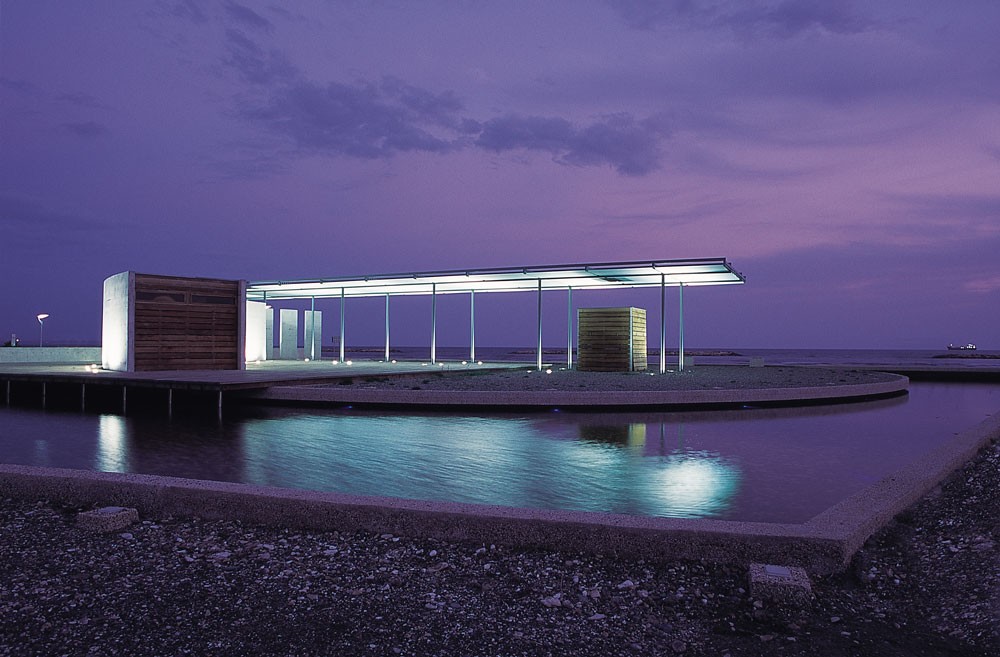 “Devotion Twins” Showroom & Office by ADD… June 17, 2019 The building is situated on the Athens-Lamia National Highway and was redesigned so as to combine programmatically the clothing production line and storage with a dedicated concept showroom and office…