Voronoi’s Corrals is a project located in an isolated natural setting on the island of Milos, whose design segregates the rural areas of the landscape from the wild ones with clearly defined borders that form four distinct corrals. Each corral takes clues from its microenvironment and adopts sustainable strategies to amplify the experiential qualities of both the house and the landscape.

The Immersion corral is in a plateau at the edge of the white tuff and limestone cliffs which characterize the Southern coast of the island. Here the senses are bombarded by the presence of the raw natural elements: the sounds of the sea, the intensity of the sun and the wind, and the broad views of a horizon framed by geological formations. The 170 m2 building on this plateau is organized around exterior courtyards which are used to funnel and control the prevailing winds and provide ventilation. The mass is defined by volumes that step down to follow the natural slopes of the area. The exterior shell of the building is articulated by the stacking, coursing and stepping of long limestone blocks which have low heat conductivity and provide excellent thermal protection. Furthermore, like the cliffs, the material ages naturally changing appearance during the seasons.

The Orchard corral is the largest corral, enclosing a planting area of 18,320m2. It preserves the agricultural nature of the property which has been regularly cultivated for generations. An orchard of 550 Olive trees was planted along with grape vines, vegetables and aromatic herbs. Only local Mediterranean varieties were selected to minimize the irrigation needs. The scale of the corral provided the opportunity to absorb the excavation material of the entire site, reshape the topography, and install a horizontal geothermal network which provides energy efficient cooling and heating for the entire project.

In this new topography, as the land slopes gradually downwards, the long rubble stone wall of the corral increases in height to reveal the façade of a small building otherwise hidden by the olive field above it. The thick walls and shading elements protect the façade from the harsh southern orientation, an 80cm layer of soil insulates the roofs, and towards the north the carved earth forms a ramp that funnels the prevailing winds to ventilate the interior spaces.

The Preservation corral is located in an area of 580m2 where the morphology of the land creates a zone undisturbed by the winds. This provided the opportunity to create a protected ecotope which is planted with fruit trees of varieties unique to the island and which are almost extinct. The Isolation corral is in a small clearing that is accessed through a narrow path passing through the native forest. It is the most isolated location on the site, surrounded by wilderness and in close proximity to a small brook. This is the smallest corral and will be built by hand to preserve the surrounding vegetation. Like in other traditional structures in the islands, the edge of the stone wall will define the shape of a small shaded resting space. 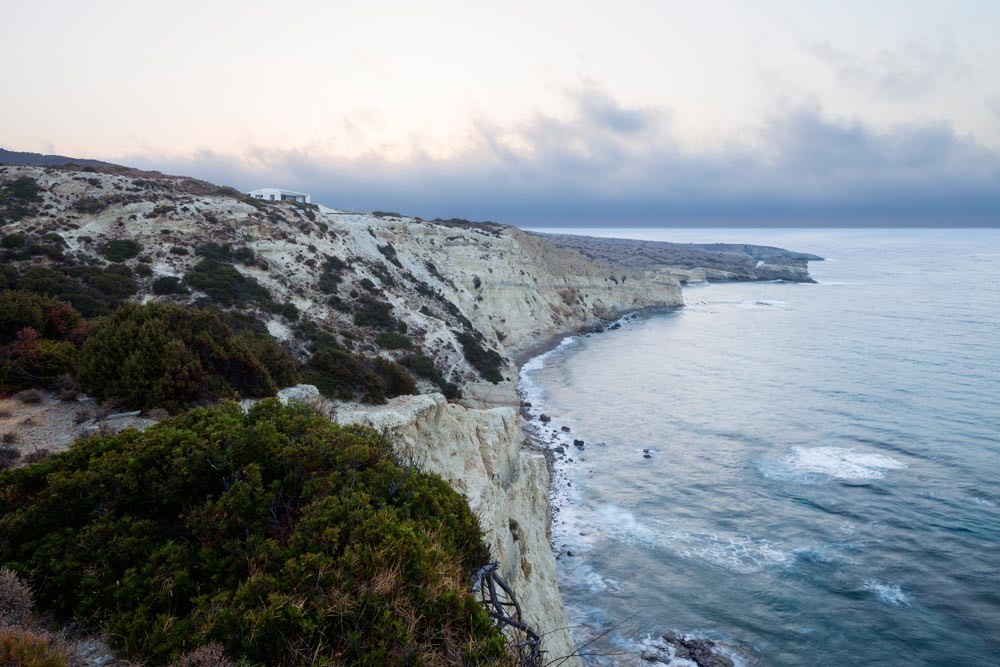 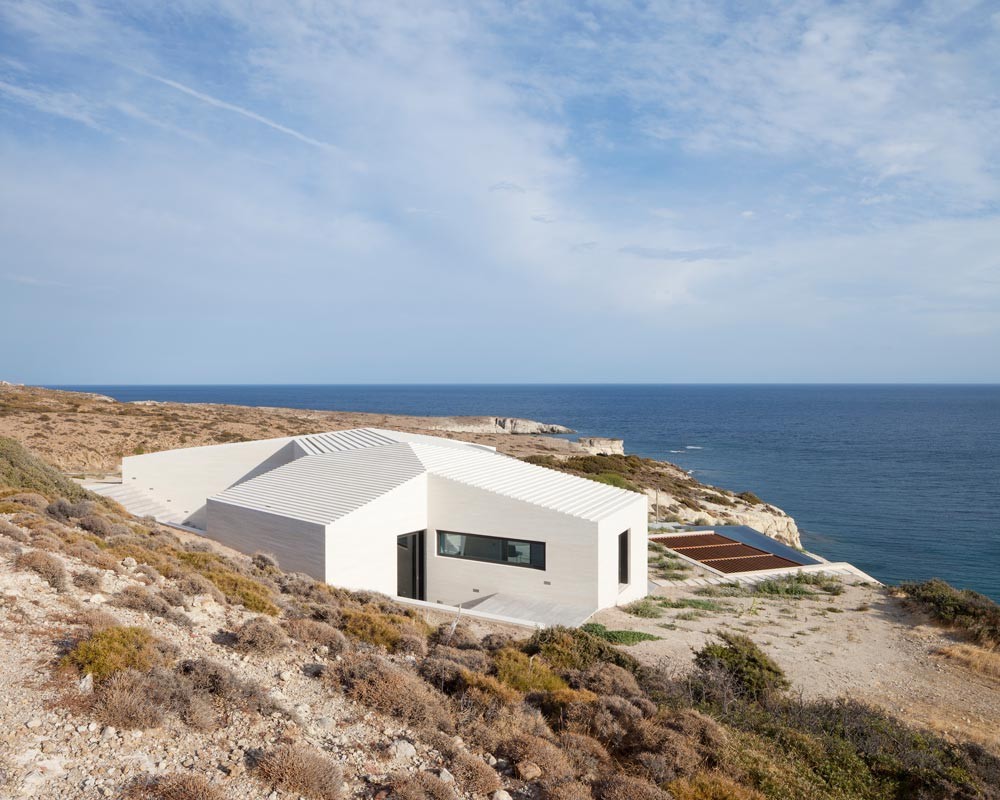 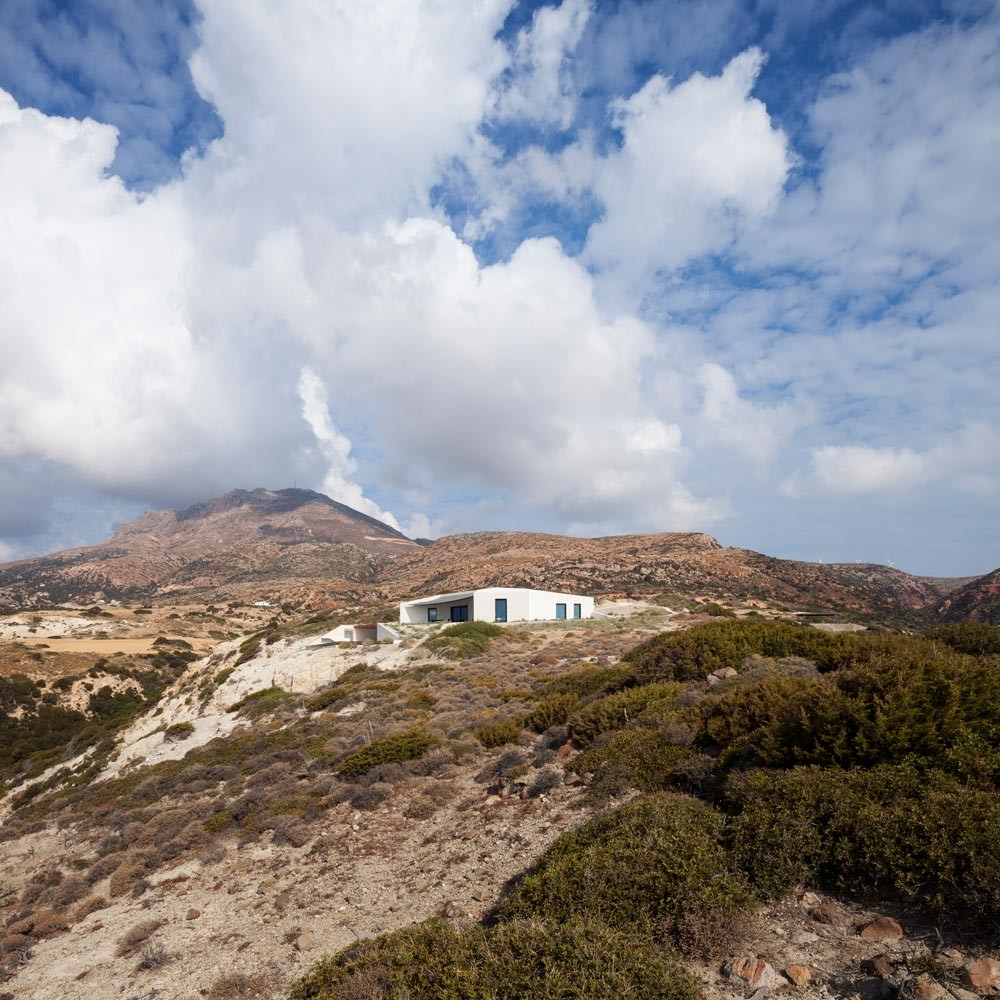 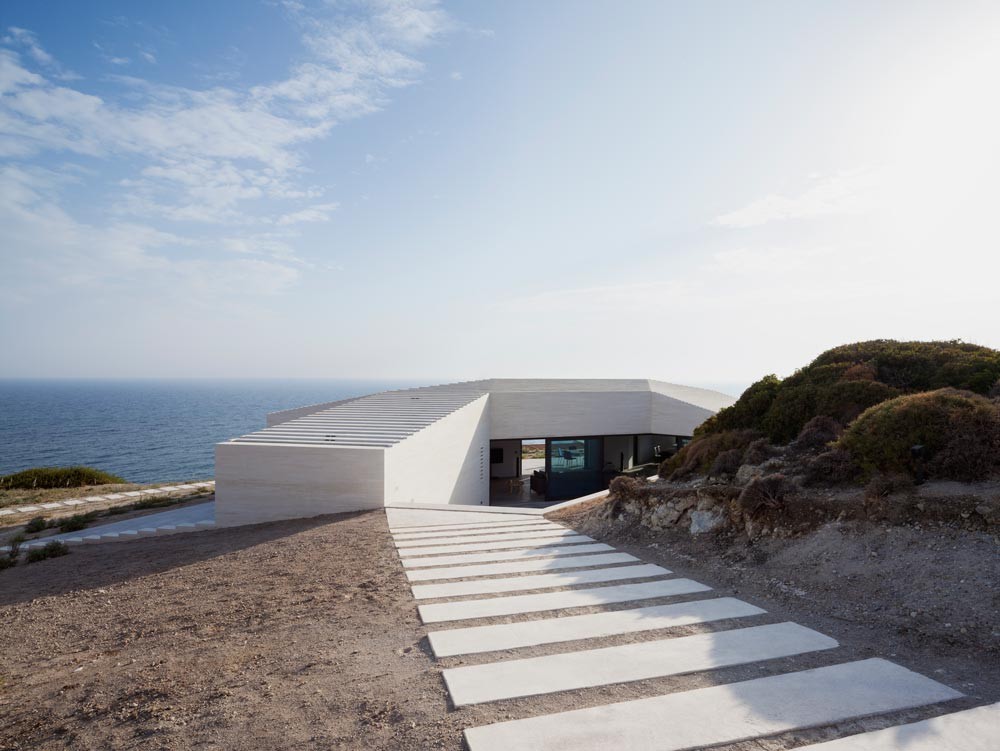 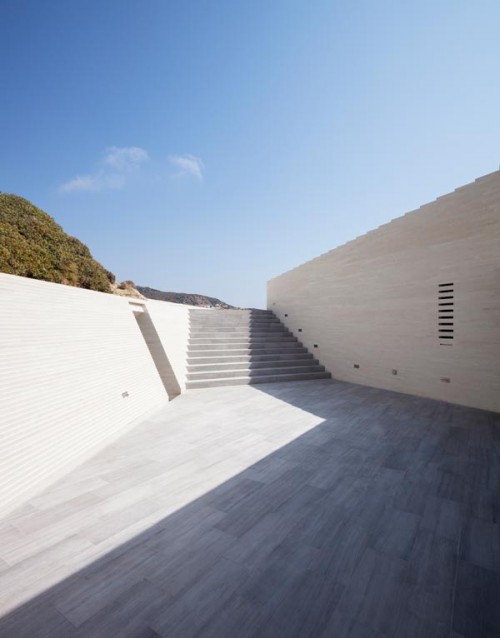 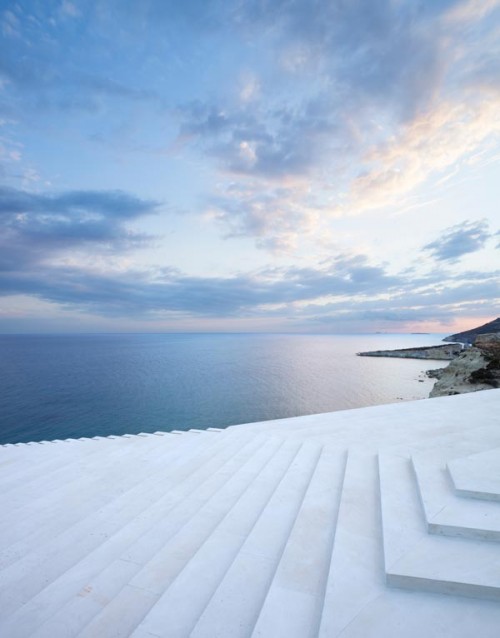 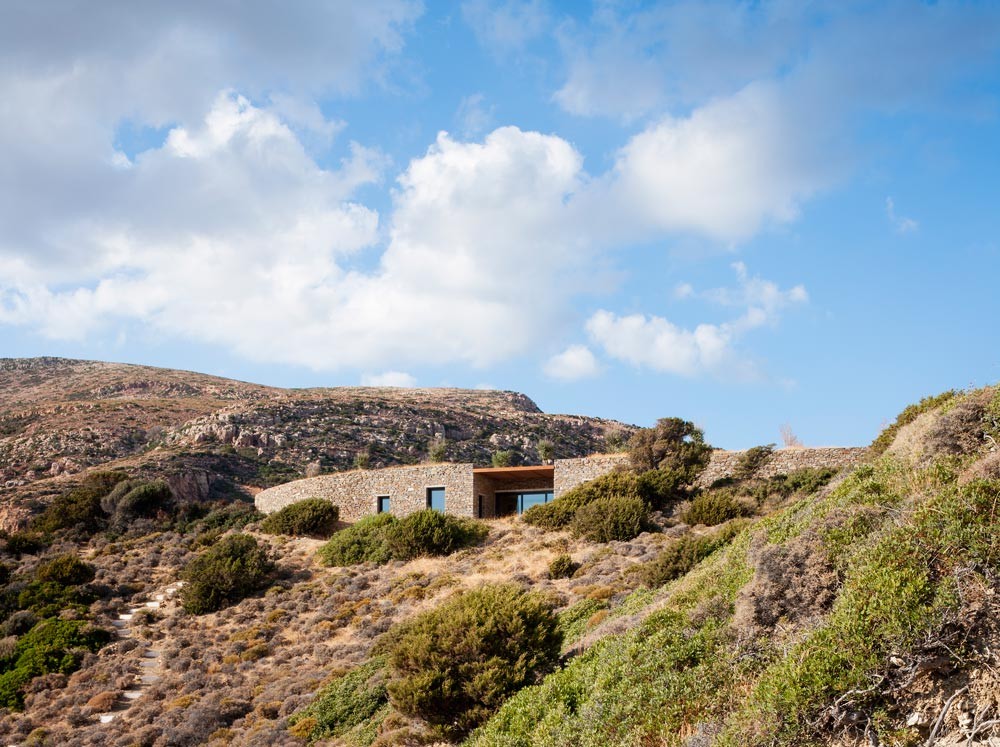 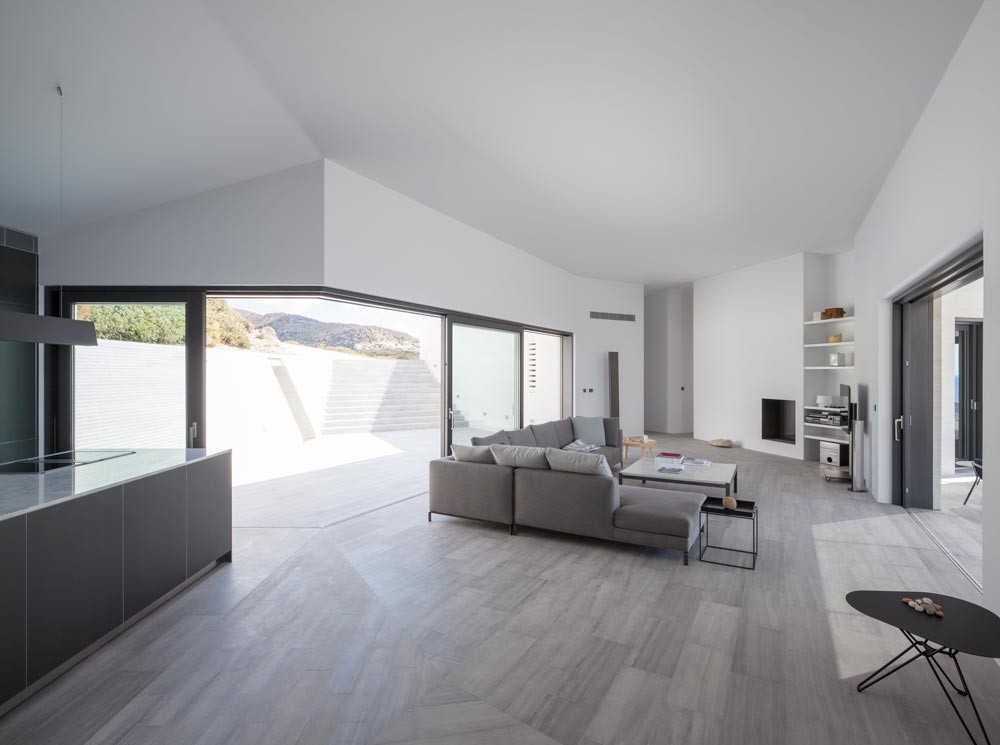 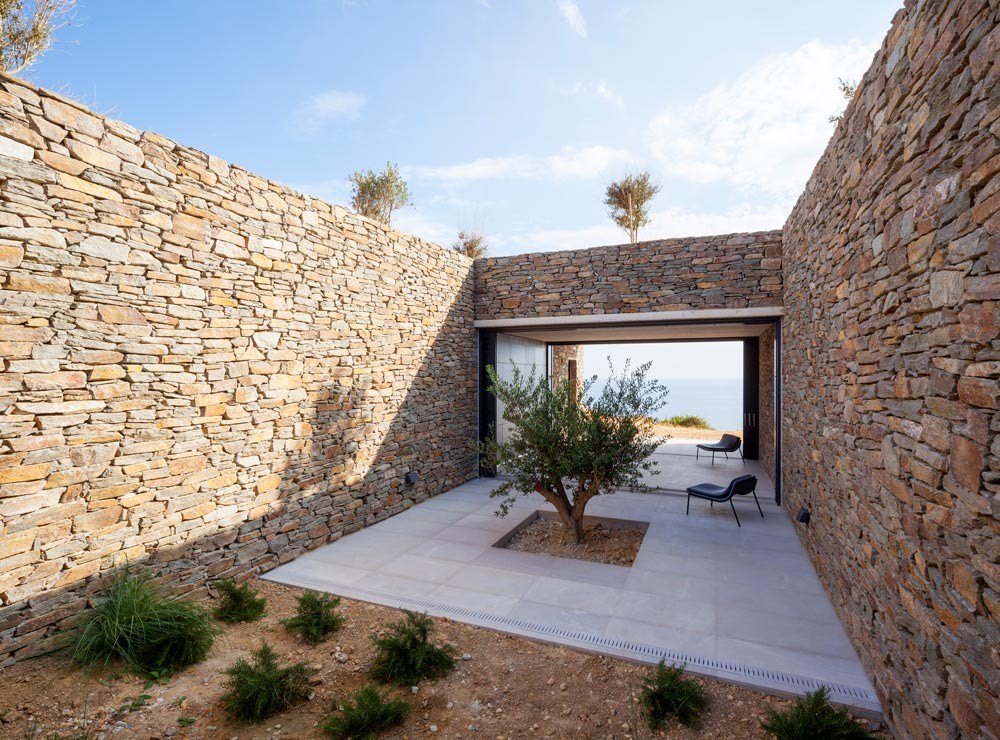 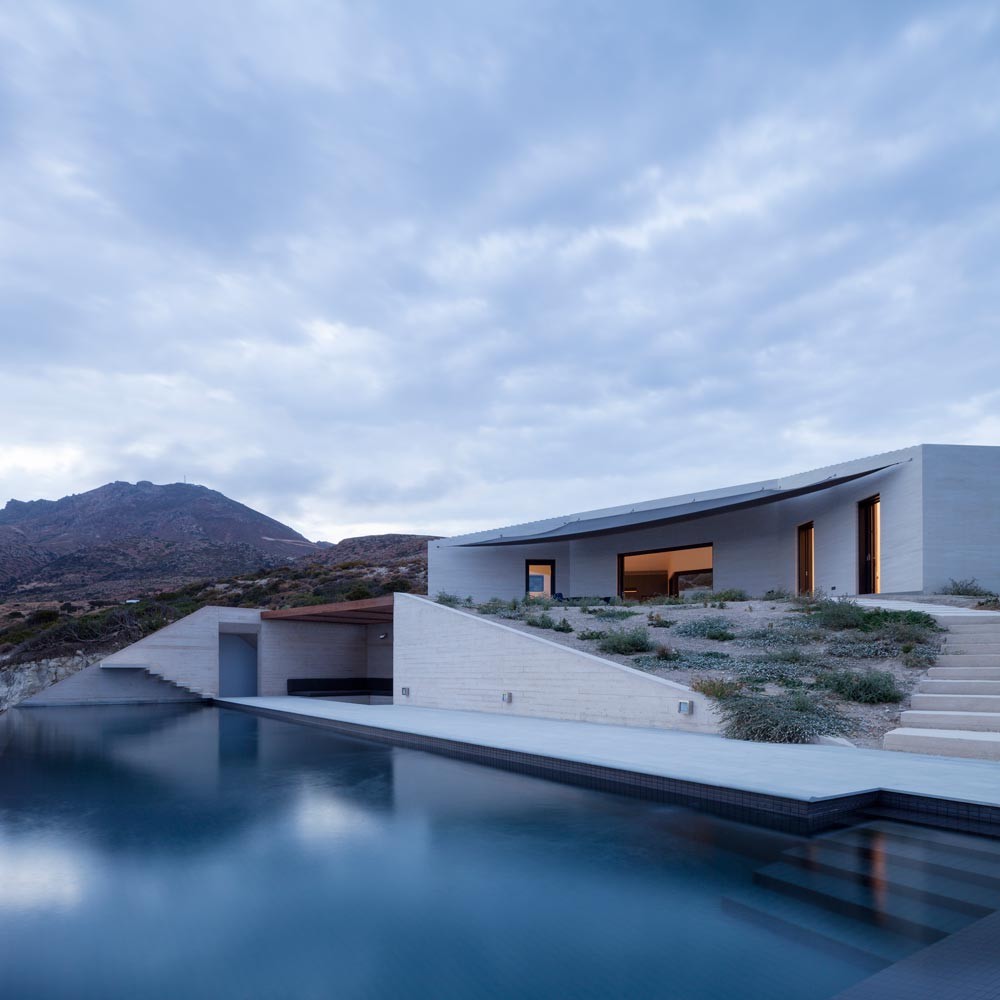 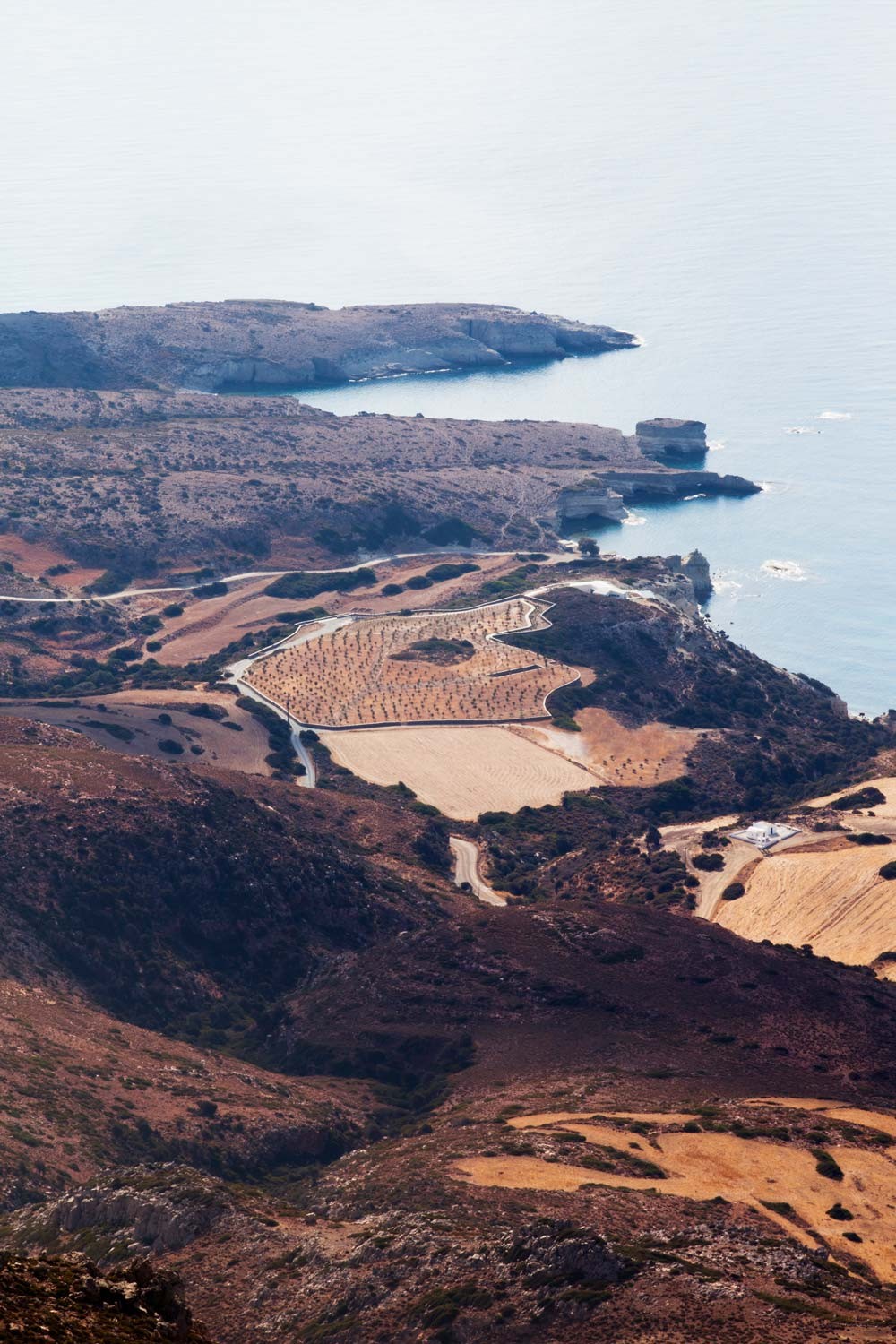 Avlakia House in Antiparos island by ARP -… February 24, 2021 Avlakia House rests in-between two gorges (avlákia in Greek) in the Cycladic island of Antiparos, Greece. The site is facing west, while it is also exposed to the northern stronger…