The listed house sits on the corner of a sloppy road in the area of Koukaki, Athens. Originally built as a one-storey house with basement in the mid 1920s, another storey was added three years later.

Following several small scale repairs and the division of the ground floor into two separate apartments, cadu architects were assigned to transform the larger ground floor apartment into a contemporary residence for short-term accommodation.

In accordance to the owner’s wish the project was perceived as a chance to celebrate the building’s history. It has been the present owner’s father family-residence and in the 1950s his dentistry was hosted in what is now the living room. The apartment measuring 105 sq.m. consists of two central spaces -the entrance hall and the dining room (around which the house was originally organized), two bedrooms, a sitting room, a new kitchen, a bathroom and a WC. Having lost its symmetry and its access to direct light from the one side, an intervention that would brighten up the central space was part of the brief.

The refurbishment was designed to highlight the buildings qualities and unique architectural features. A new kitchen, bathroom and WC were designed and a series of small interventions were made to adjust the apartment to contemporary needs. Several patterns found in the building fabric were highlighted and new ones were inserted to complement the existing ones.

The master bedroom original wardrobe was transformed and a white lacquered dot-patterned panel was designed to cover its top part, which was blocked by the new central air-conditioning system.

The existing cement tiles were conserved and new handmade ones were added in the kitchen. Original features like doors, windows and timber floors have been maintained and given a new look, painted white or clear varnished.

The apartment is brightened by the new colour scheme. White is dominant in every space and the use of colour interacts differently with the surfaces of each space; ochra covering the entrance hall and dining room ceiling and laventer green covering the walls lower surface in the sleeping rooms. The walls of the corridor leading to the kitchen and the bathroom have been crimson painted to suit the existing cement tiles. 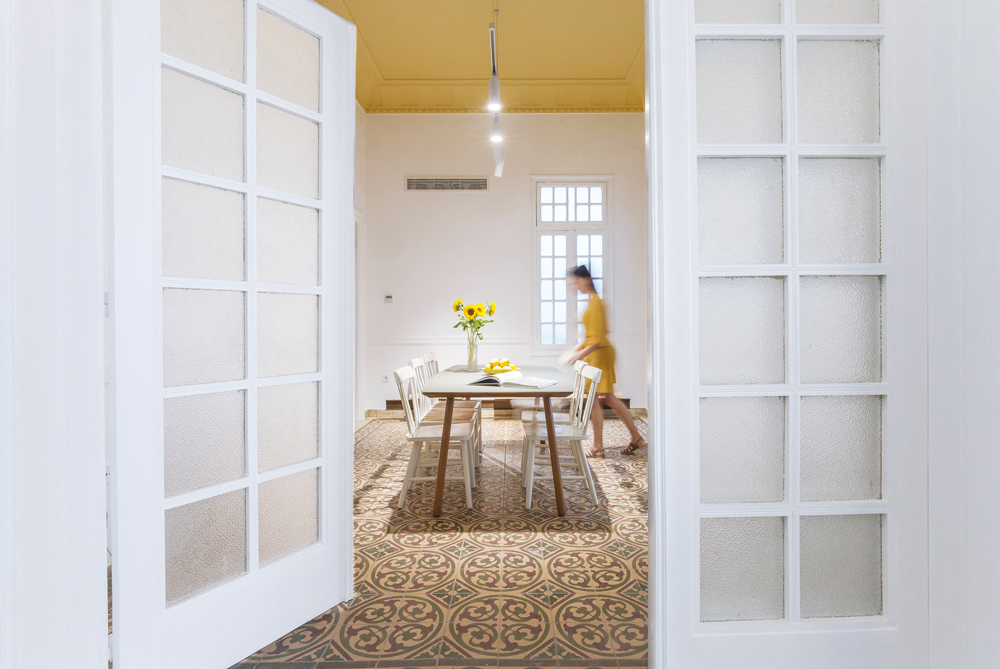 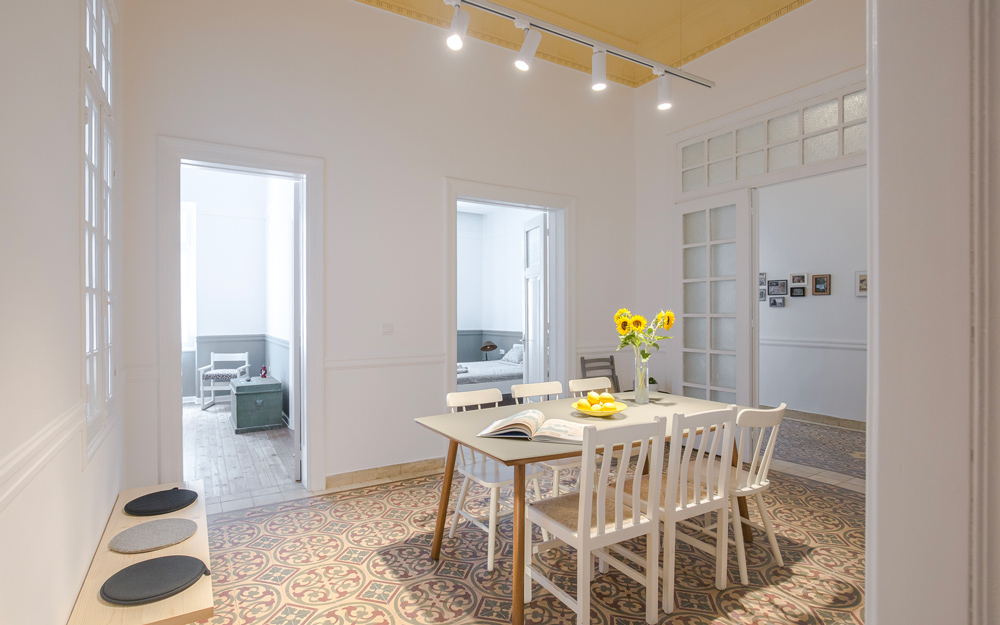 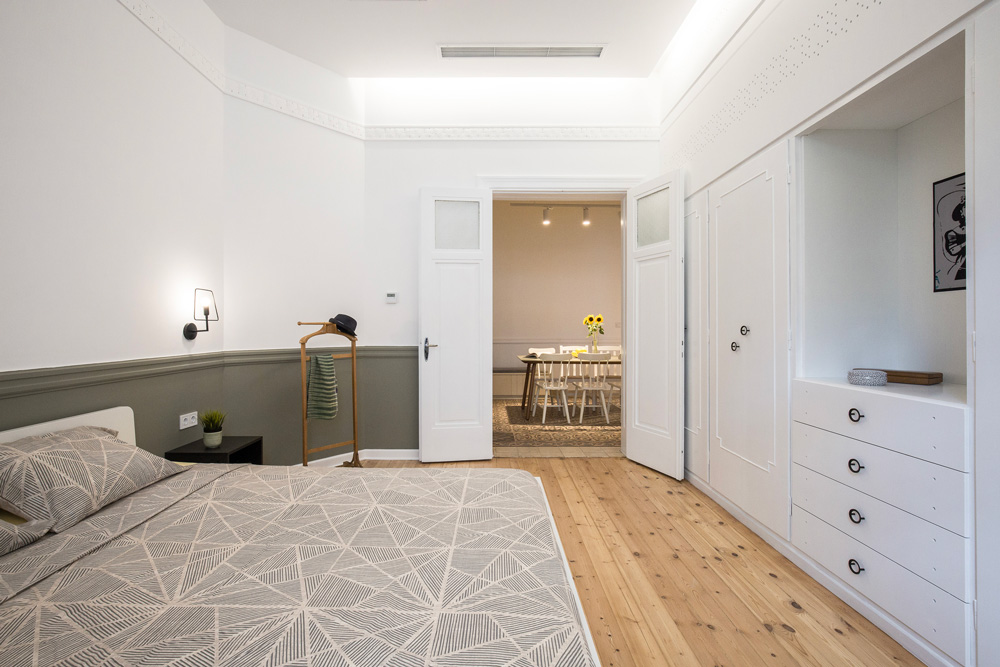 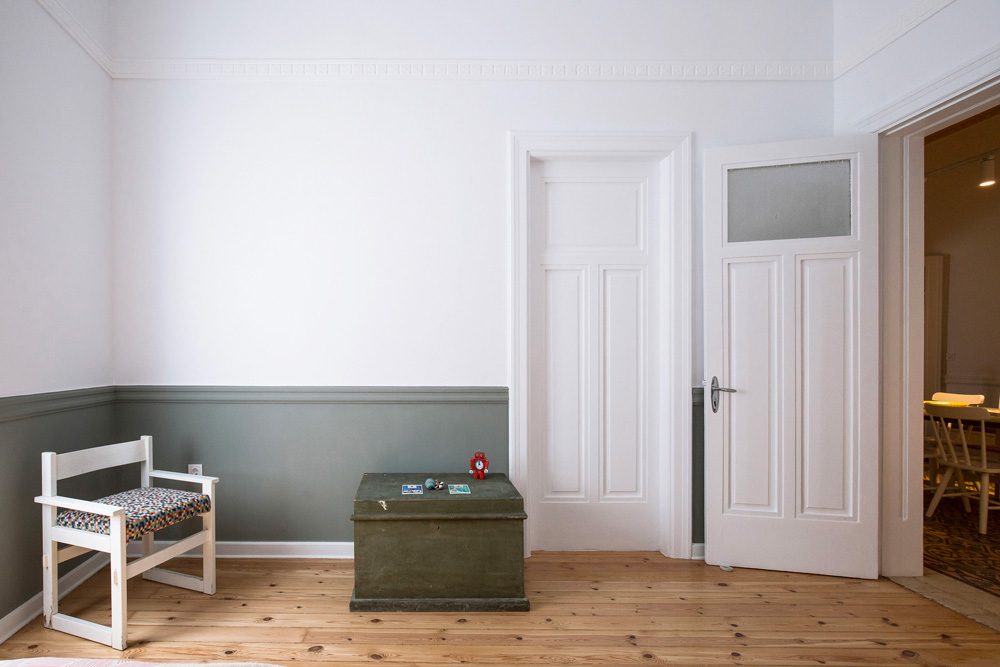 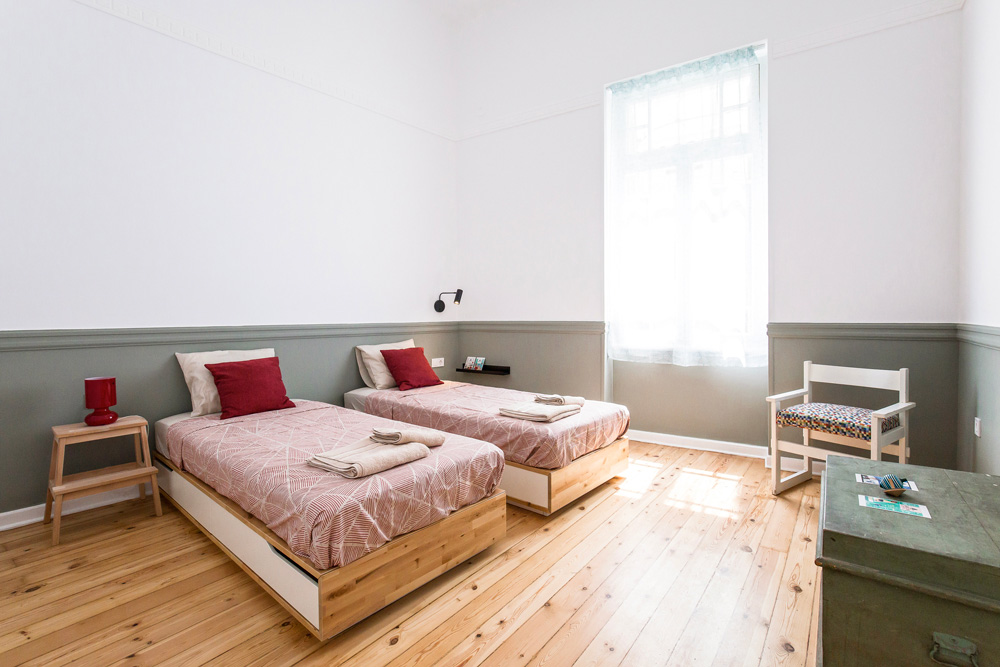 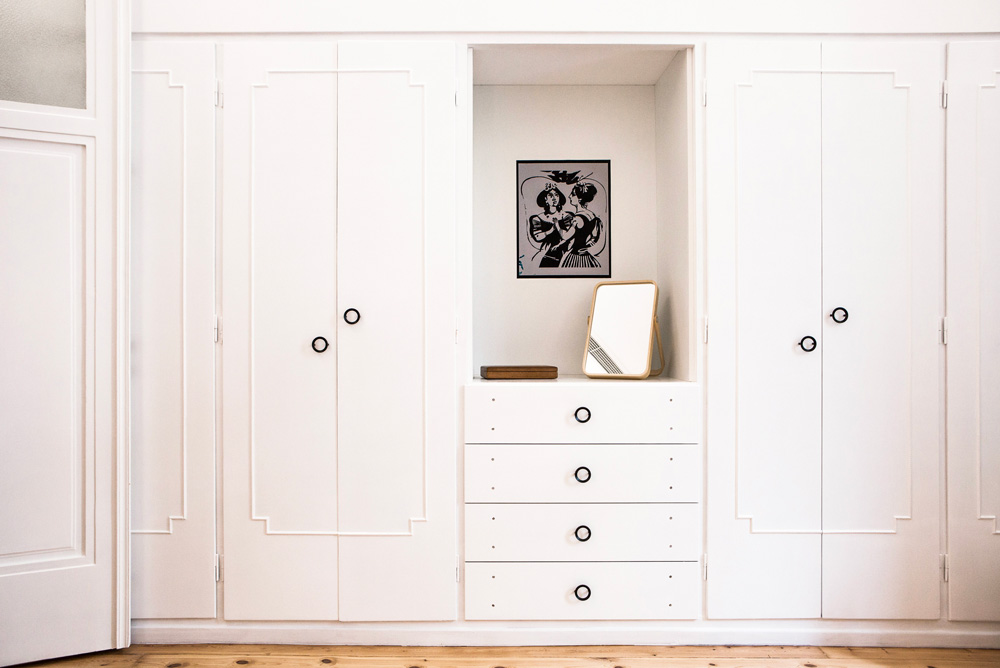 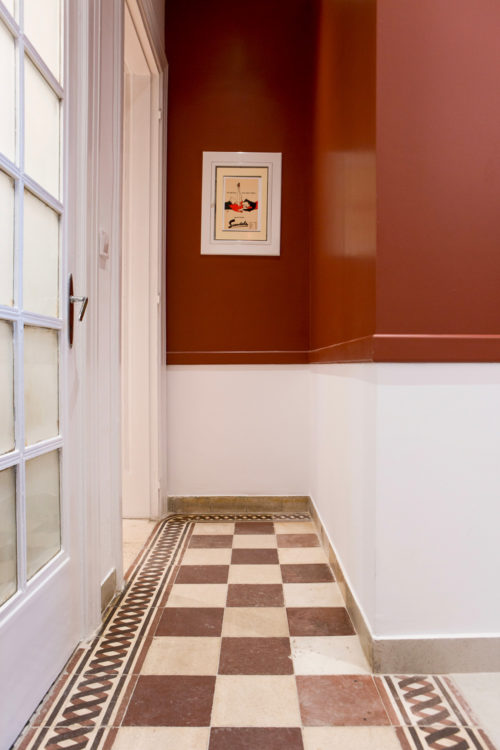 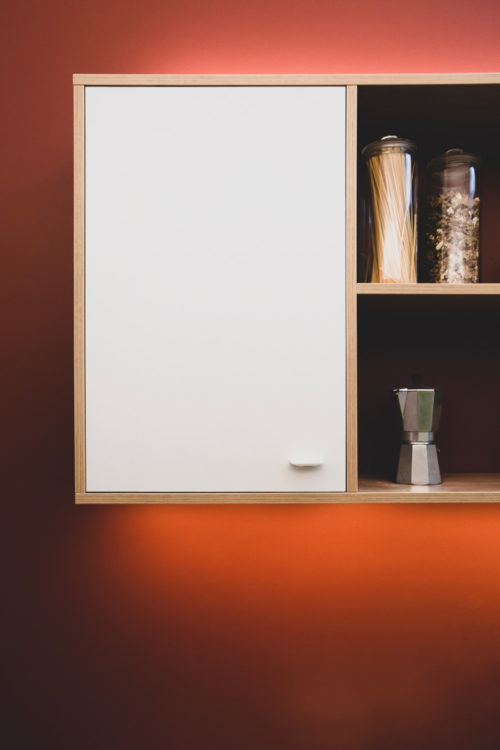 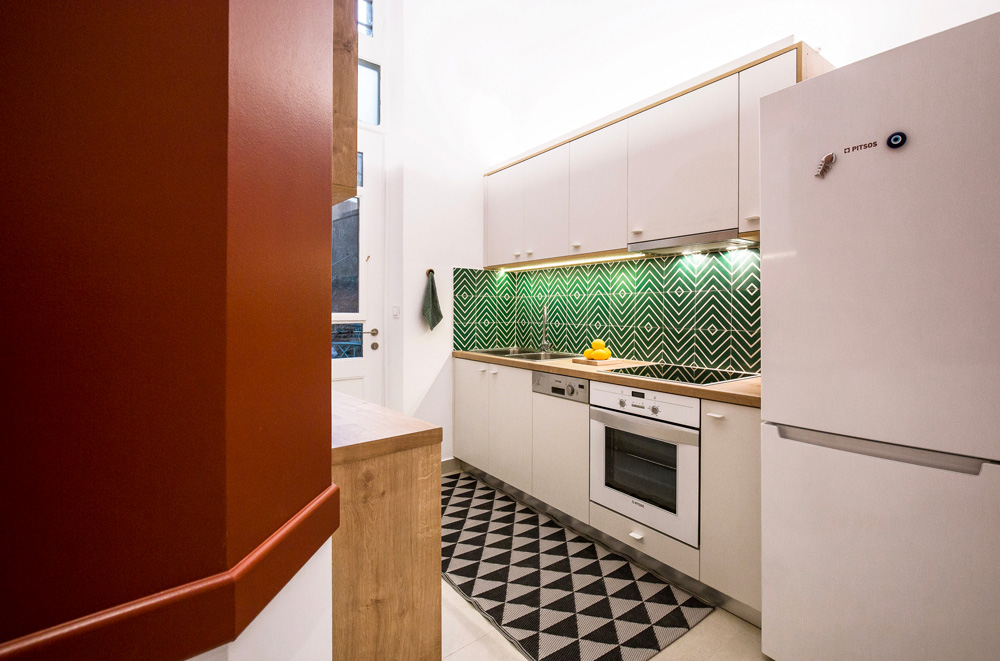 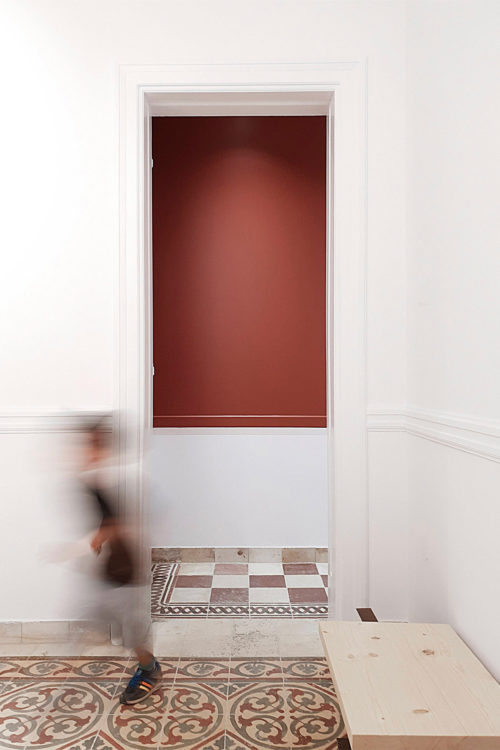 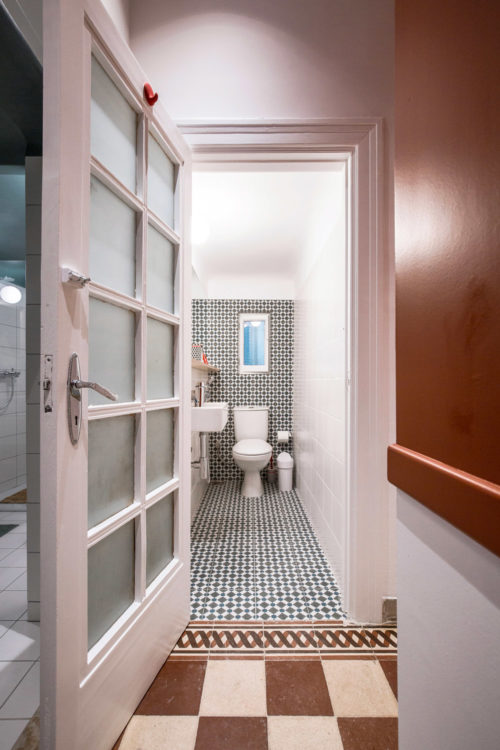 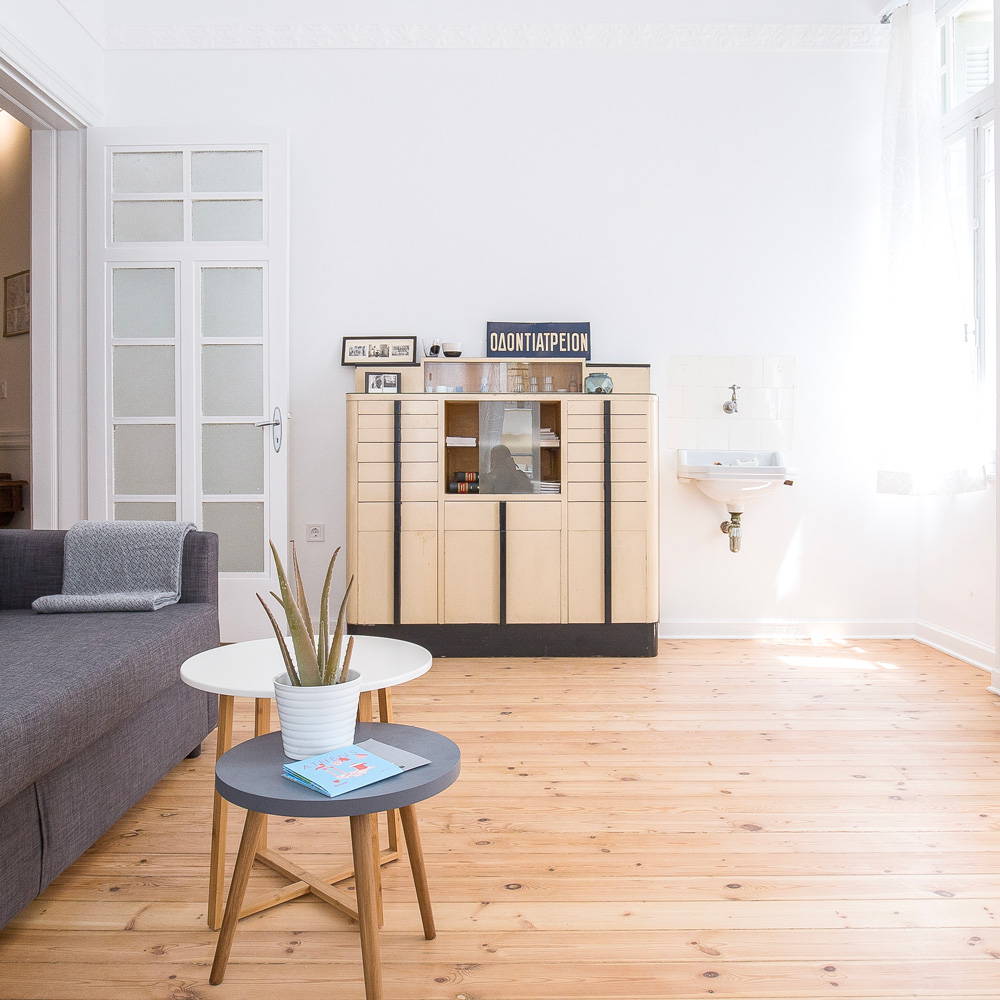 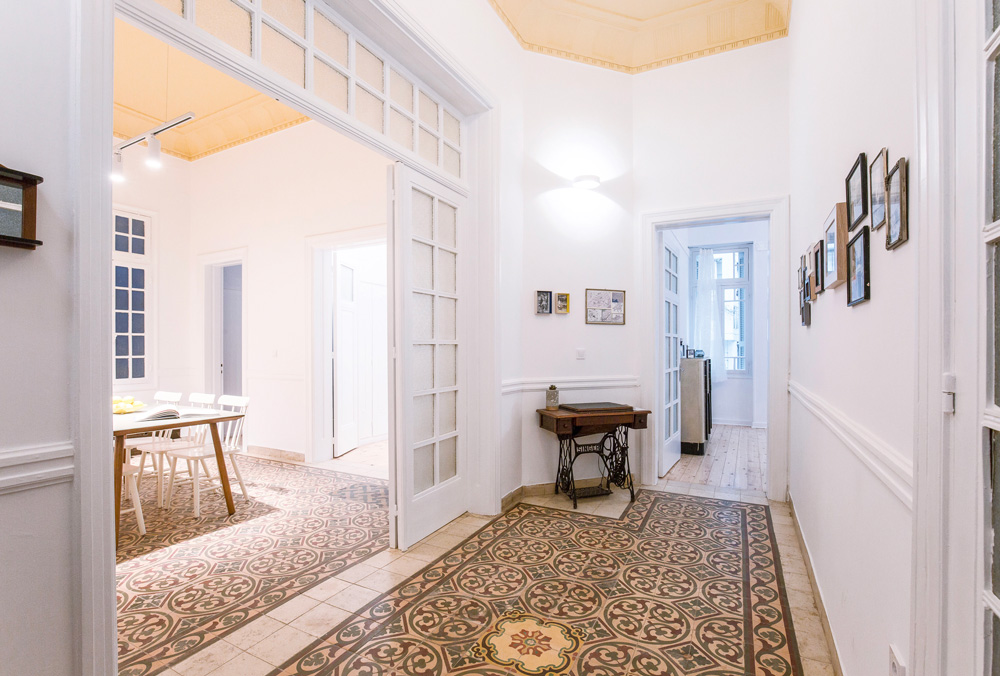 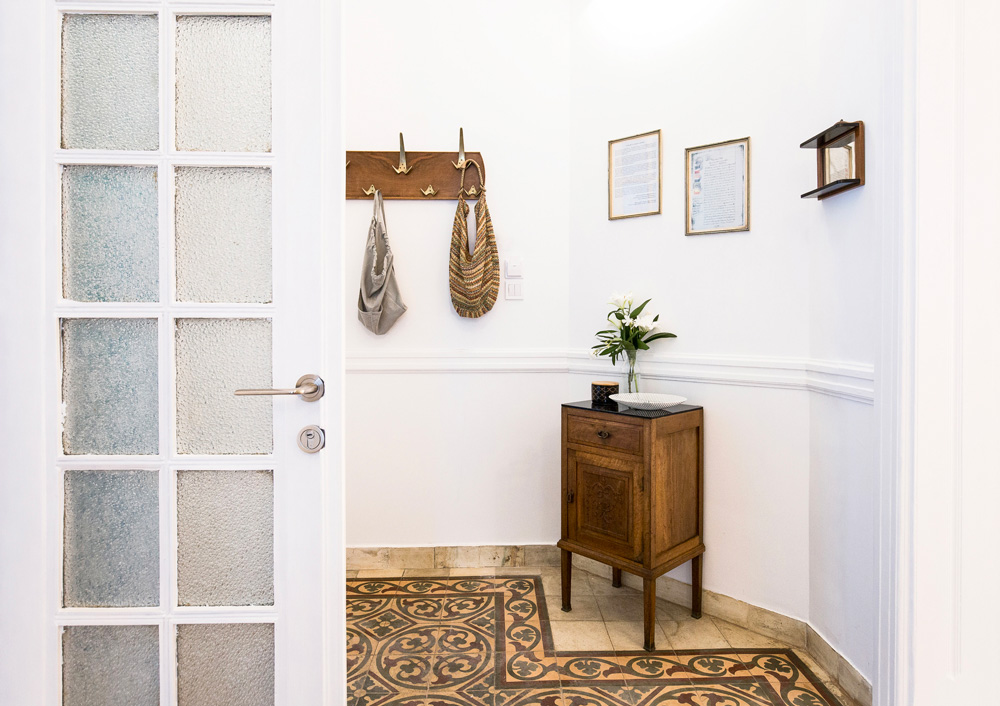 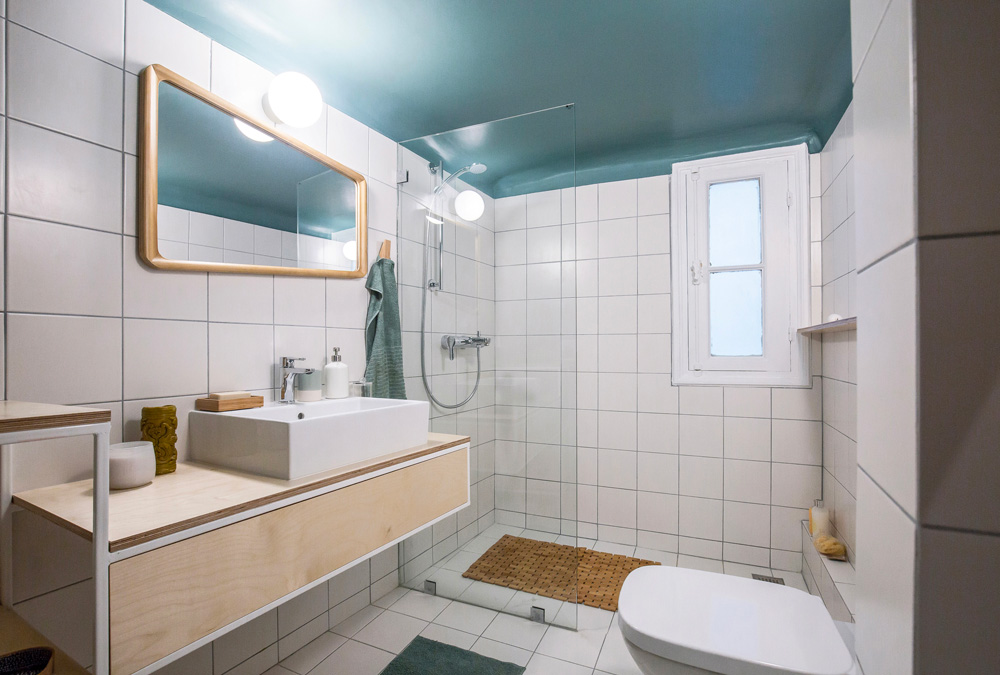 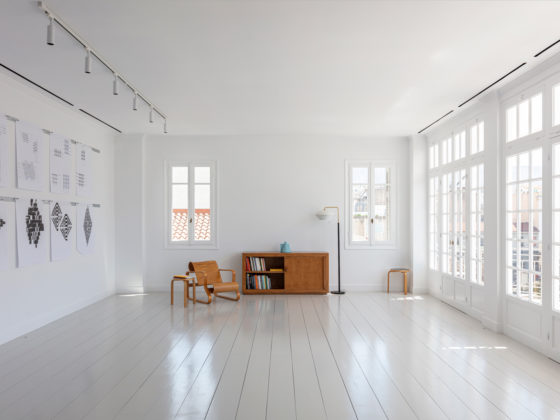 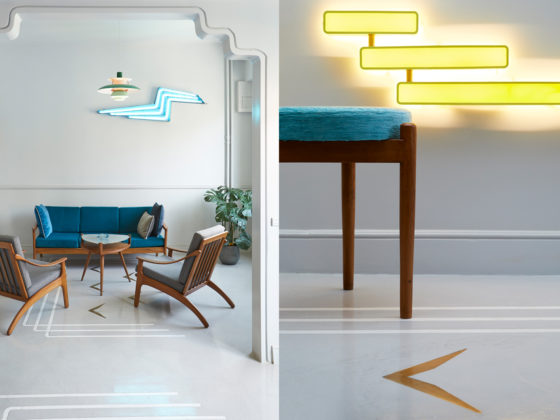 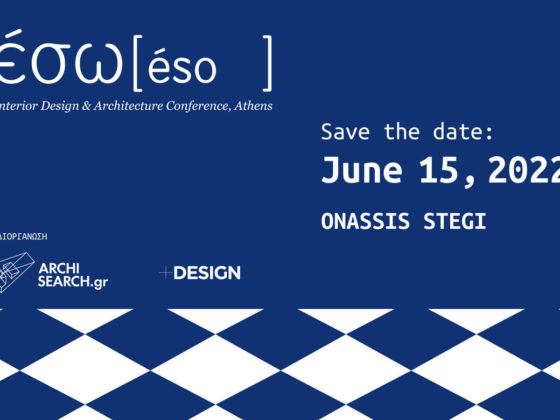