Villa Charissa is an underground residence located in Santorini. Influenced by the island’s traditional architecture, it blends into the natural landscape particularities while stating a contemporary approach to a cave house concept.

The residence, carved on the Caldera front, offers an unobstructed view of the volcano and the Aegean Sea. The outdoor space is surrounded by Cycladic built-in structures, the pool and two relaxing corners, and the entrance to the cave house.

Charissa’s elevation has got ‘depth’ following the design concept of a tunnel whose interior is a semi-outdoor, multi-use space formed by the bridging of two flat surfaces. The former, slightly inclined, attempts to fit into the morphology of the ground while the latter vertical surface frames the central entrance to the residence.

On the entrance level, there is a spacious smoothly-surfaced living room whilst five steps lead to the lower level which includes the bedroom and the bathroom. However, the most striking feature of the space is the atrium, marked by the presence of an olive tree. The atrium, in combination with the bathroom’s skylight, allows natural light inside the residence and physical contact with the outdoor environment.

The artificial general and decorative lighting along with the natural light set out the fluid form of the space and at the same time cover the guest’s needs by providing a variety of lighting scenarios.

The Cycladic built-in and custom-made furniture is consistent with the aesthetic of the space. Villa Charissa is perfectly integrated into the natural surrounding environment through the rock garden on the rooftop where local climate-resistant aromatic shrubs and cacti are planted. 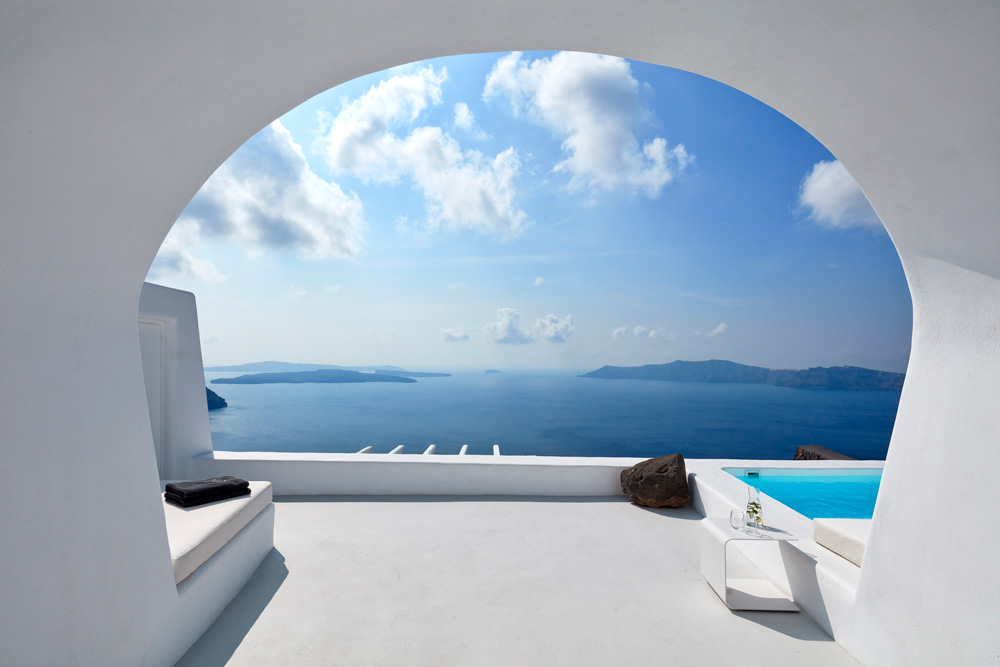 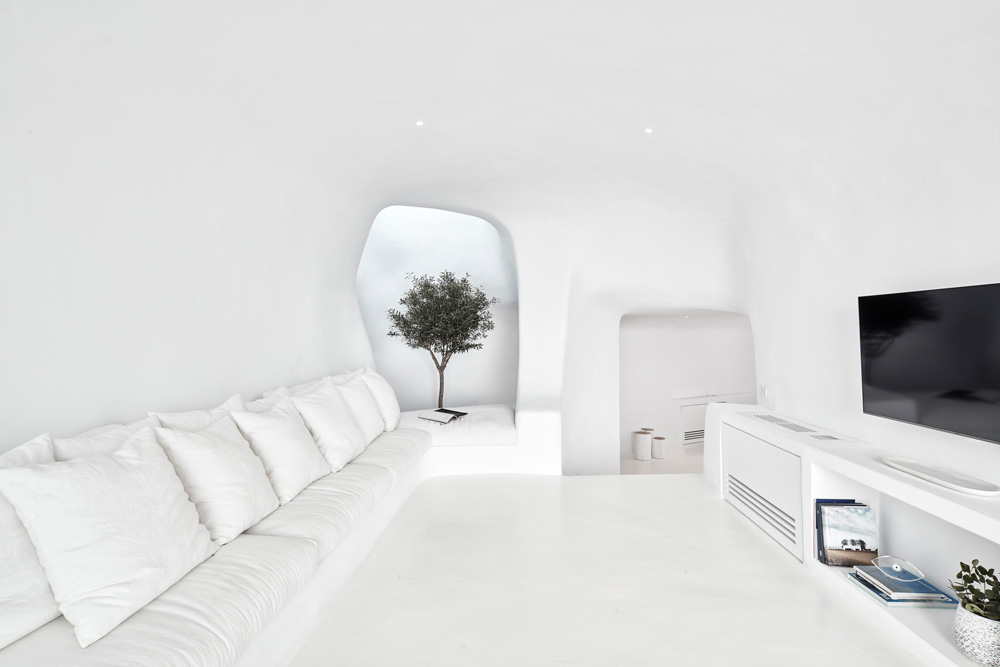 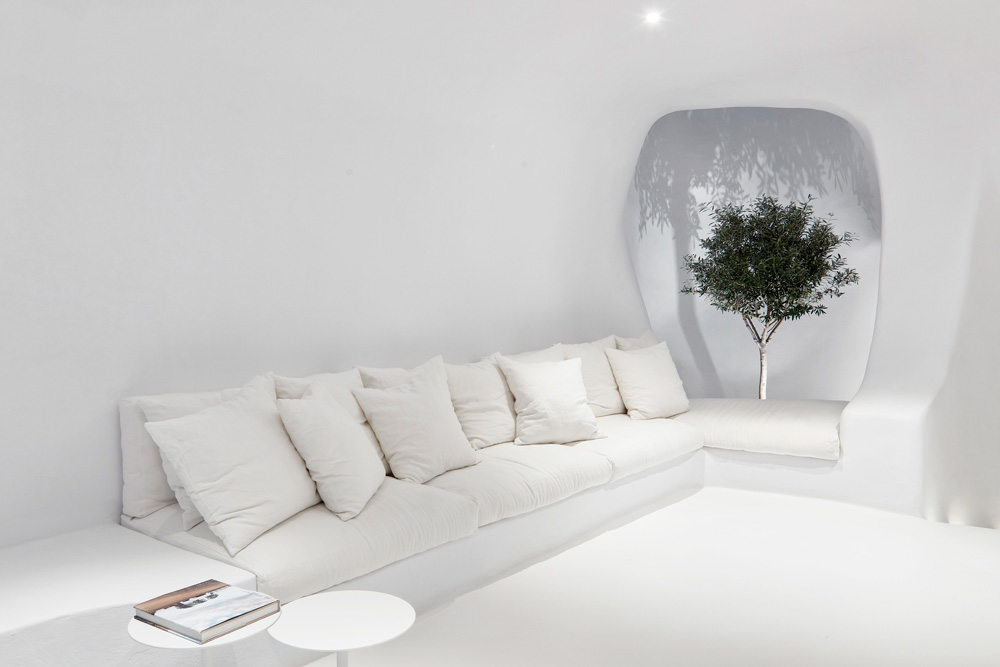 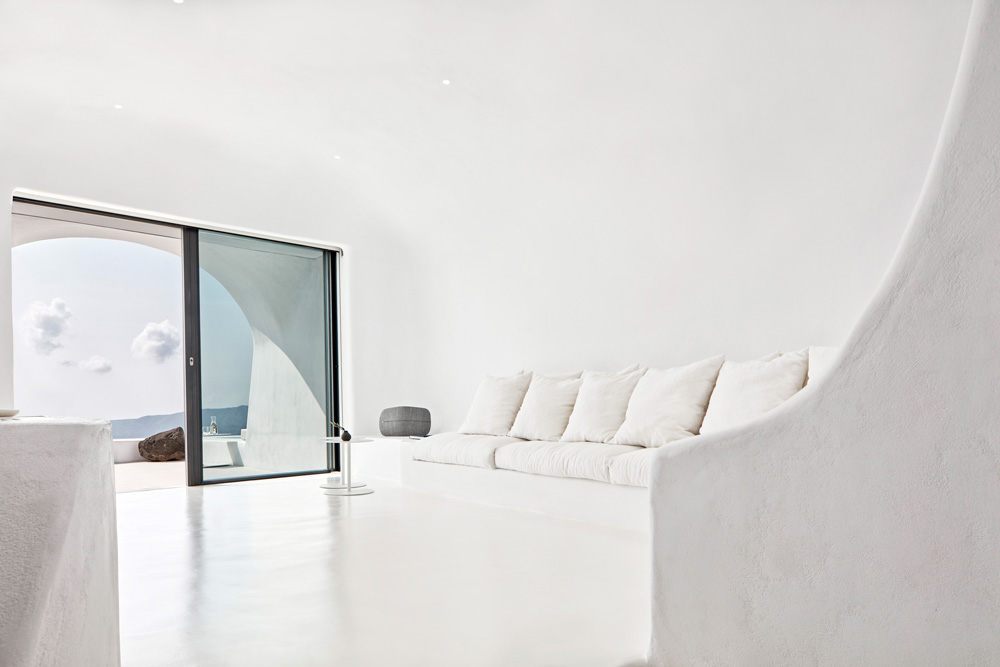 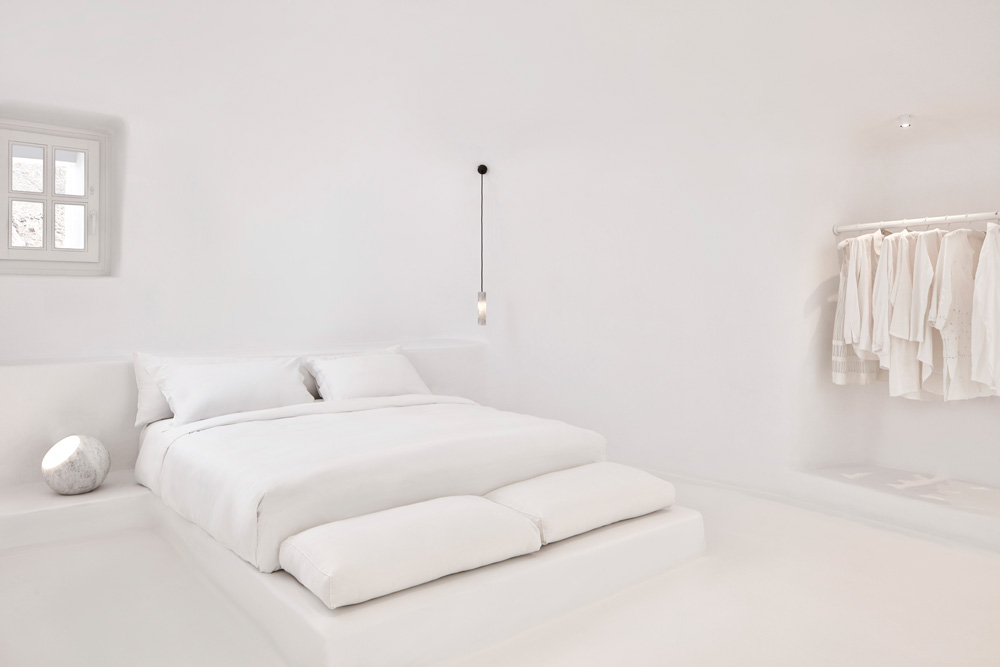 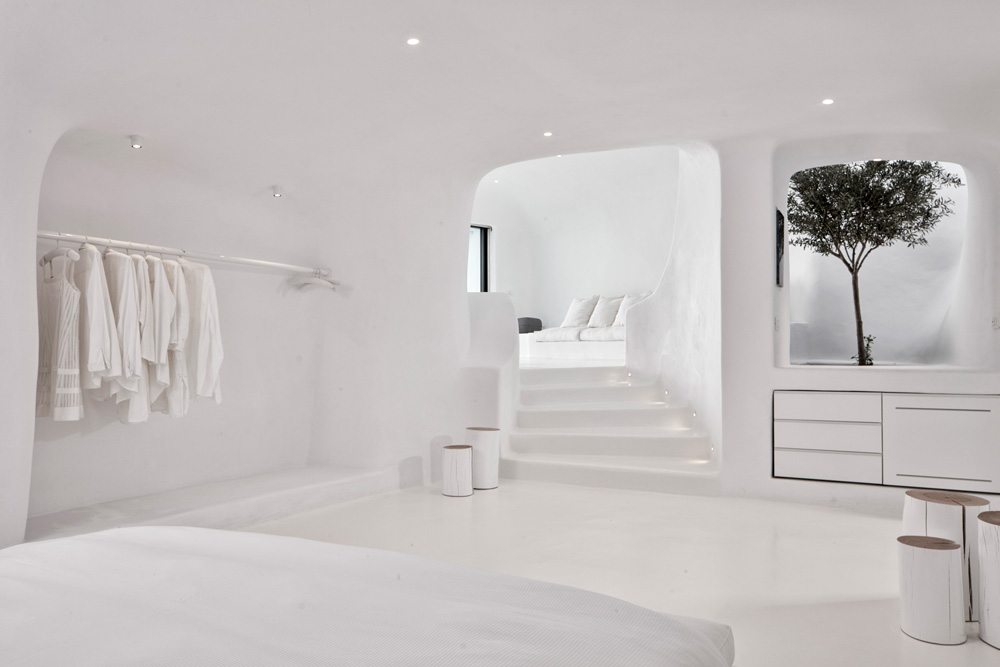 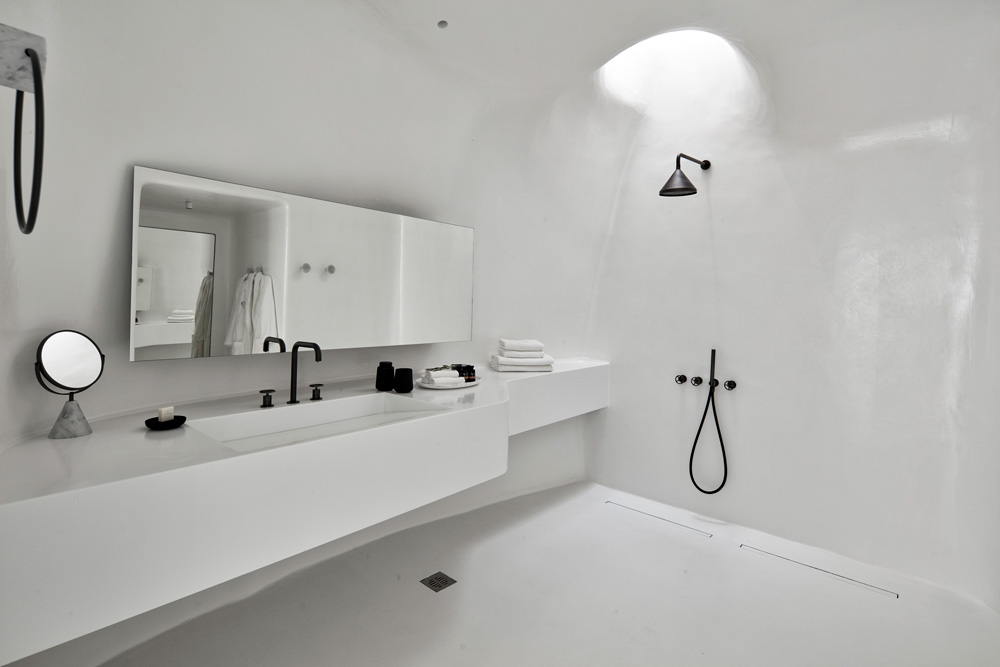 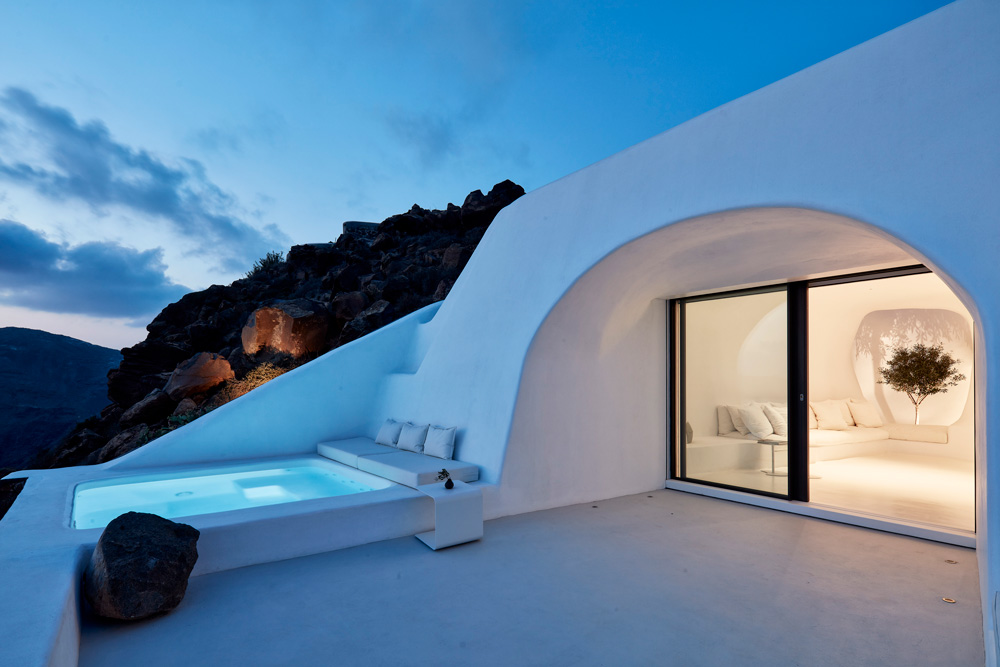 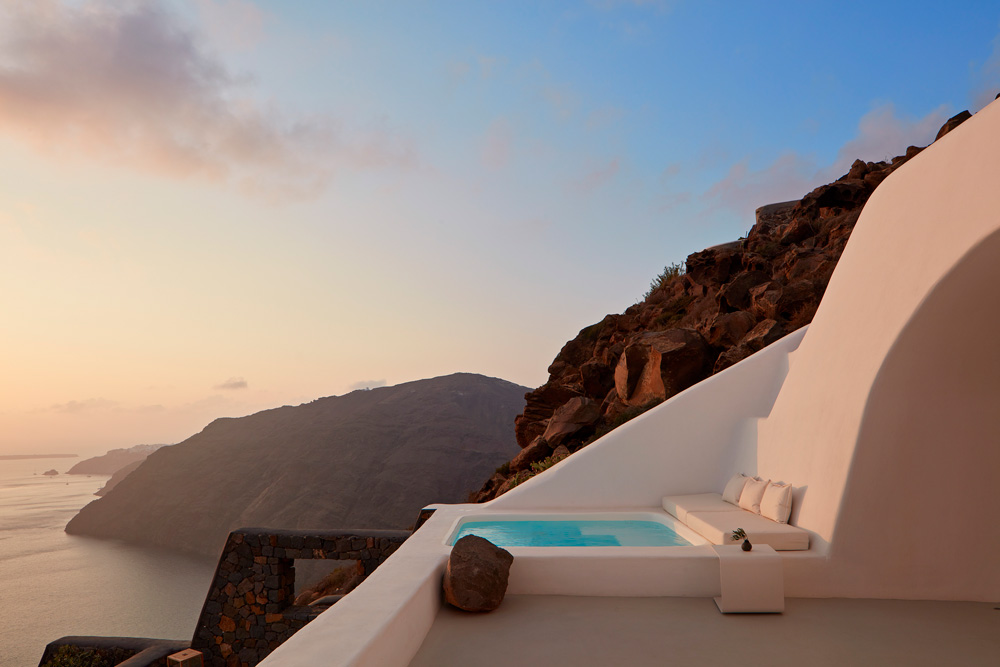 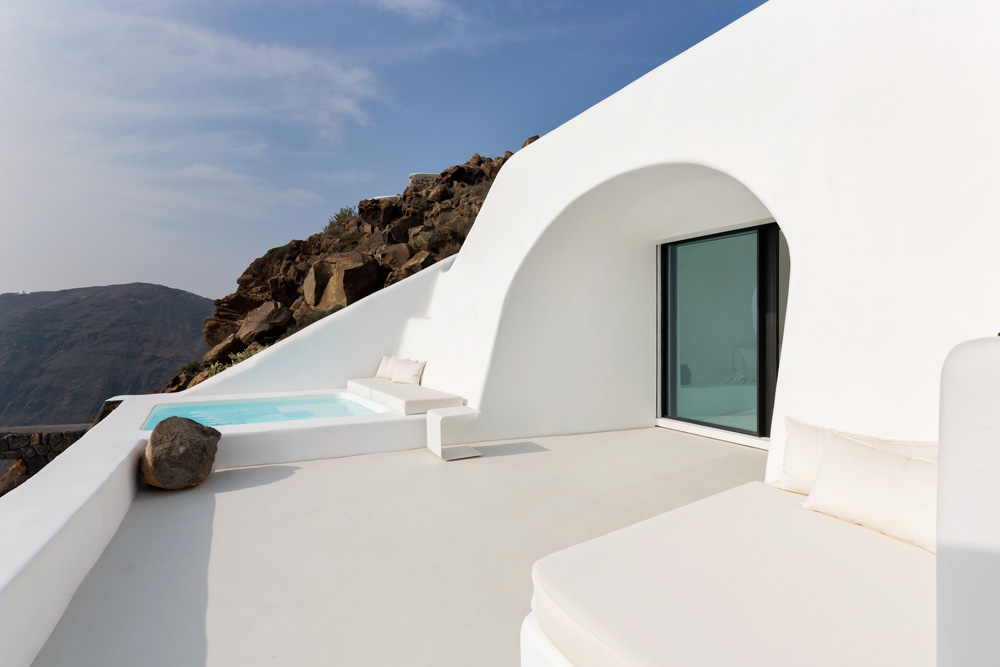 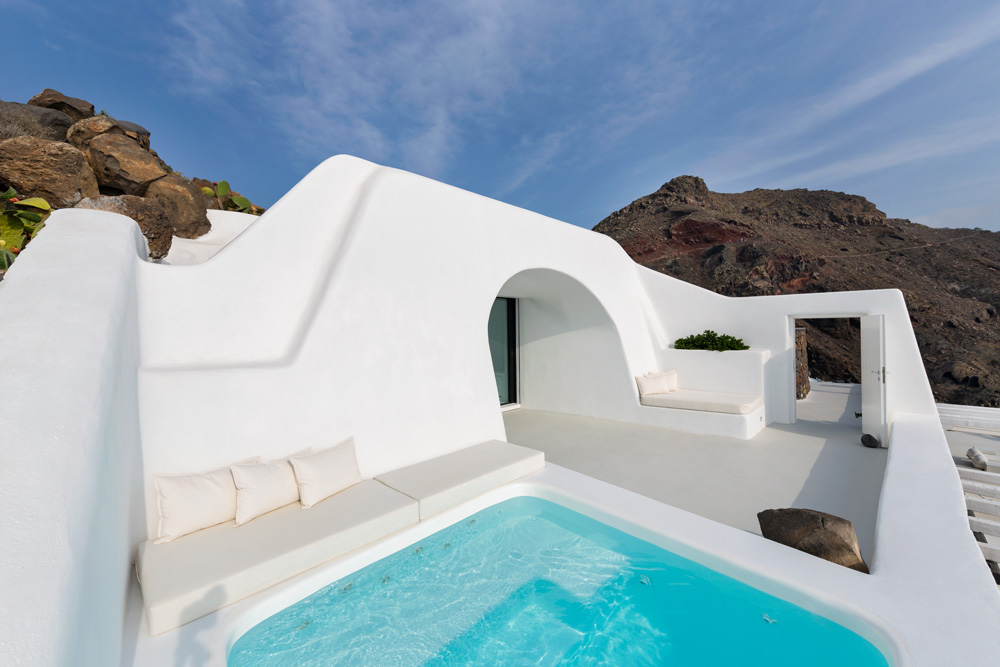 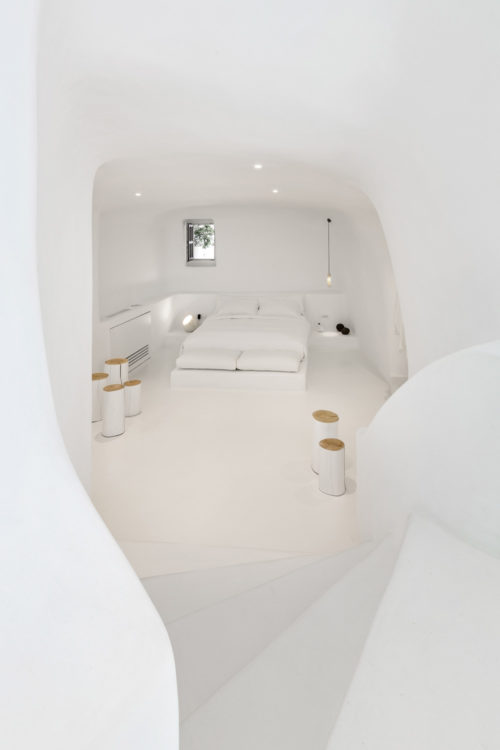 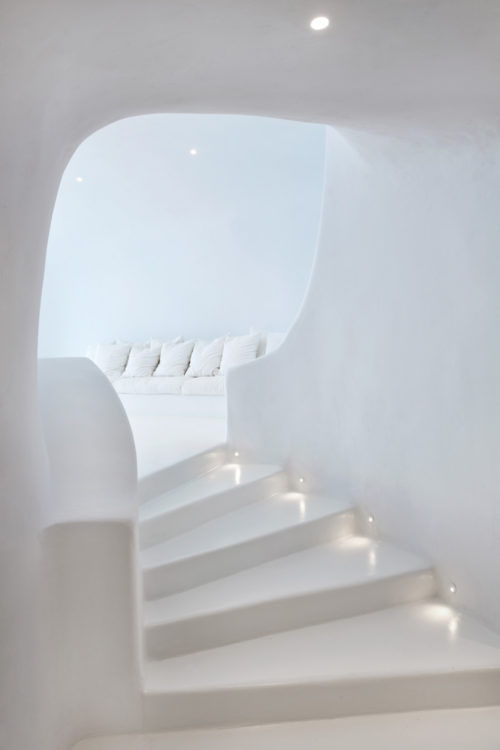 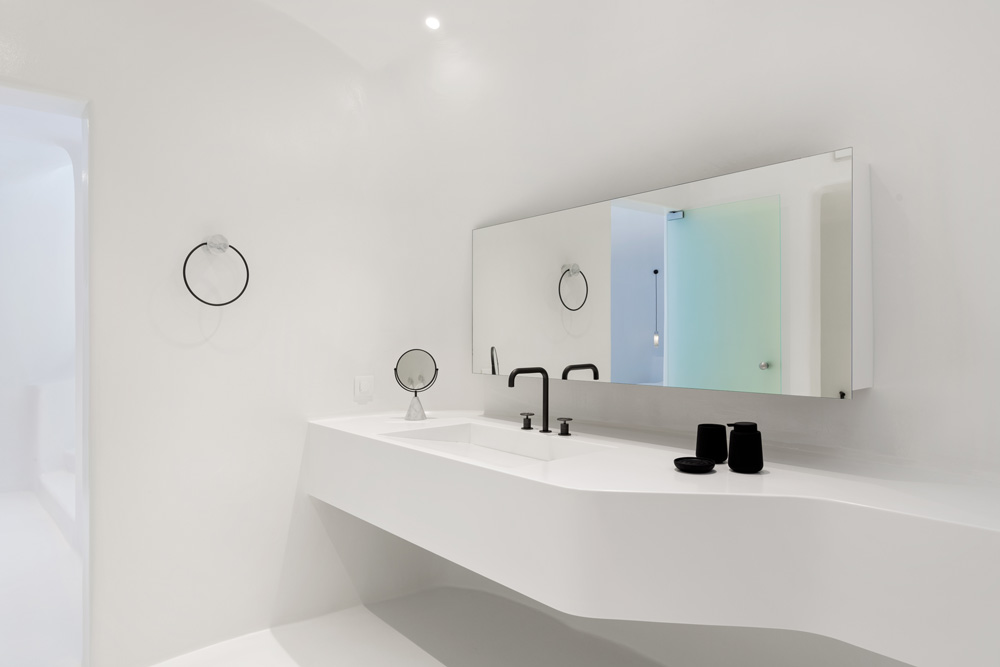 'eXeliosi' - Two private residences in Lesvos island… January 29, 2021 The project is designed for two closely connected families who wanted to get rid of the burden of modern urban life by creating a space where they can go on…